That’s an FJ40, but looks like a pretty solid truck. I wonder if he’s got the soft top parts?

Splangy said:
That’s an FJ40, but looks like a pretty solid truck. I wonder if he’s got the soft top parts?
Click to expand...

Are you sure about that? The curve in the door made me think it was a 25 just like these 2:

Unimogguy said:
Are you sure about that? The curve in the door made me think it was a 25 just like these 2:


All soft top models (25 & 40) up until 1963 had that door opening. All hardtop models, including FJ25, had the traditional style door openings.

The tell tale sign of an FJ25 from the side is the round rear wheel openings on the 25.

Visit site
But a nice early example! Thanks for sharing.

Visit site
Awesome thanks for the education! I’ll delete the post if I can.
3

Visit site
that rig was for sale outside Lincoln MT aprox 9 years? ago. I've got pics on the other computer.
some of the pics in the facebook post look like the same place I saw it years ago.
IIRCC the seller, years ago, had some of the soft top bits but not complete or he thought it wasn't, never saw the top parts.
I'm thinking it was $5000? back then
I posted it here asking about the barn doors on a soft top and was told that was stock back then not a tailgate.

I have been thru that area in the last few years and it wasn't by the road, I thought it had sold

found this 62 for sale somewhat locally. 62 FST no bows or top. should it have a tailgate? currently has half doors.

Visit site
Alright let’s try this again….hopefully this will redeem me?!?!?!

Unimogguy said:
Alright let’s try this again….hopefully this will redeem me?!?!?! 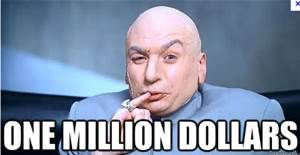 Visit site
Localish to me, he said he has a $5000 offer. I asked if it was in a fire, and he said only in the rear?? Steering wheel is melted? No title, missing everything. Someone might be crazy enough to restore, but it is likely a parts rig.

whitey45 said:
Localish to me, he said he has a $5000 offer. I asked if it was in a fire, and he said only in the rear?? Steering wheel is melted? No title, missing everything. Someone might be crazy enough to restore, but it is likely a parts rig.
Click to expand...

Maybe you could do a 2fer $2Million?

Visit site
Looks like someone bought it? Agree with @whitey45 looks like a parts truck but given it’s one of the earliest 25s it would be cool if it got restored. By someone other than me

I recently aquired this FJ25 amd plan to restore it. Any info on the pictures and numbers I have submitted would be appreciated. The aluminum plate under the hood is missing.

Visit site
I'm the guy who bought it, I'm down in Missoula and passed it a few times on my way back and forth to Great Falls. Been a lurker on here for my lx470 for awhile and took the plunge on my first real project.

It's a 1962 FJ40L according to the title and plate under the hood, VIN# 2F401907. The owner (Chad) didn't have a ton on the fire but it is the second time he's owned it he said and previous owner was local to Lincoln as well. I also got the original wheels from him and am waiting to hear back on if the previous previous owner still has the door bows floating around. I will say I didn't pay the advertised amount.

After cleaning everything up it's not in horrible shape all things considered and my plan is to turn it into a weekend cruiser. It runs and drives currently and stops after I bled the brakes. Fluids are swapped all around and I have the gas tank out now to get everything flushed and relined. It's running now on an electric fuel pump.

Immediate checklist for more reliable neighborhood and Ole's gas station runs:
- Gas tank back in and rerun gas line - Figure out more permanent fuel pump. Ideally going mechanical and wondering if there's another alternative to the oem one with the manual priming lever. There's one on sor.com but it's more than I'd like to spend if possible, even with the core returned.

- 89nolder's patina preservation process - Body is in pretty solid shape with the only areas looking like they've been touched up are the fenders, which both have been bondo'd. One of the rear jump seats is pretty rusty and seat panel is coming off but hardware is good. The bed has surface rust but not horrible and underneath the tub looks surprisingly solid all the way around.

- Need to figure out the shift lever - The shift lever is no longer attached to the cast metal housing directly below the steering wheel. You can shift and drive through all gears but if you're not careful the shift lever will pop out of the housing and you have to jimmy it back in. Seems like there are a couple reasons this could be happening based on different threads on here but will need to properly diagnose.


Excited to keep digging in and getting this back on the road, at least that's the goal hah. Any advice is greatly appreciated and I'll most likely be posting some questions in a new thread in the near future. Figured I'd provide an update here!
You must log in or register to reply here.

craigslist Not mine, 2 FJ40's in Wyoming