I read everyone's build. So I thought it time to show you mine. I wish I was tearing down to the frame and building up again. But I am hoping to do little bits at a time so I can still get out on the trail. When I Bought this 1981 BJ42 It had bagged springs (which when I changed them found the main leafs broken at the eye) and was covered around the tub in galv. sheet metal that was held on by rivets. Now I've installed a 4" lift, and I am right in the middle of cutting out rusty panels and welding in good steel. Comments and suggestions welcome. 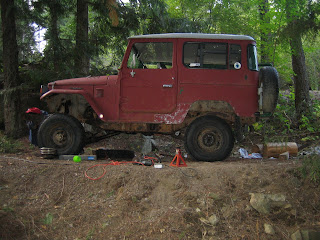 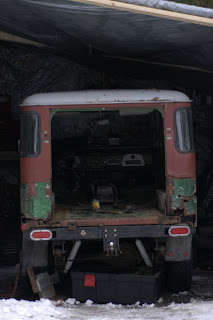 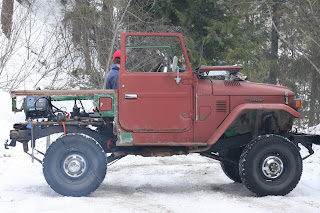 I reckon the BJ42 is the best landcruiser that has ever been made!!!

Pity the body wasn't in better shape but you'll be a bodywork expert by the time it is finished.

Curious though what makes you say the BJ42 is the best. I mean I think so but my opinion is somewhat slanted.

I'm in the process of fabbing up the bottom mount for the spare. When I'm done I ll post some pic's. Then for the sides!

Well firstly I've been a convert to diesels since back in the seventies.

Secondly, I think my BJ40 is close to the best. But you have a 3B engine in your BJ42 whereas I have only got the B-engine in my BJ40. That gives you an extra 0.4 litre capacity and other refinements like a more sophisticated oil cooler and piston-skirt oil-cooling. (But you lost out -in my opinion - in losing the driveshaft e-brake - but that is the only negative compared to mine.)

The 3B is such a solid engine and without a turbo, without electronic fuel injection (without common rail) etc, it is just so simple and basic.

The design&build-quality of these vehicles far out-weighed their purchase-price and I think this was because Toyota was sacrificing profit in order to establish itself in the marketplace (export marketplace) as being far better than its main competitors (Landrover and Jeep).

After the 40 series, they had established their reputation and I think they started to concentrate more on profit (by reducing quality standards - amongst other methods). Also, tighter safety laws (introduction of crumple zones etc) meant Toyota couldn't build such a solid vehicle anymore. And the marketplace dictated that 4x4s had to become a lot more like cars. (More plastic, more sound deadening, softer/weaker suspension, more complex in general ....... and of course, associated with that ....... heavier!)

Having a tare weight of just 1700kg with such a solid vehicle is a real plus.

Sorry - I could rave on forever about why it is the best. ---- Better stop here.

After extensive questioning by mudders, I think I would give him a call in your case.
Scott

OK So I've finished with the spare tire holder mounts (sort of) Tomorrow I'll install the sides Then finish off the mounts. Yes I know originally the mounts were attached to the rear sill, and yes I modified that too. But I am trying to stay within means right now. If I could have spent the extra I would have bought some square tube and built the sill from scratch. However I needed to get moving on this because,well, I'll be moving sometime in the next 4-5 months and I have nothing to tow this thing along with. SO It'll have to do for now. I'm sure in a couple of years, I'll tear it apart and do the sill then. (At least I'll be better at welding by then) 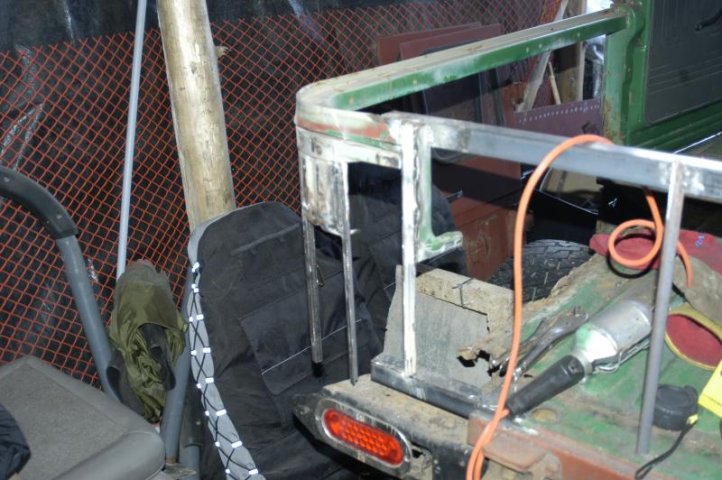 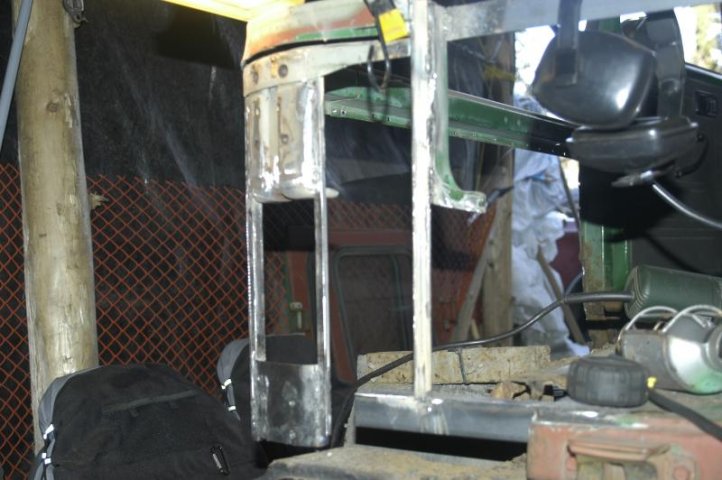 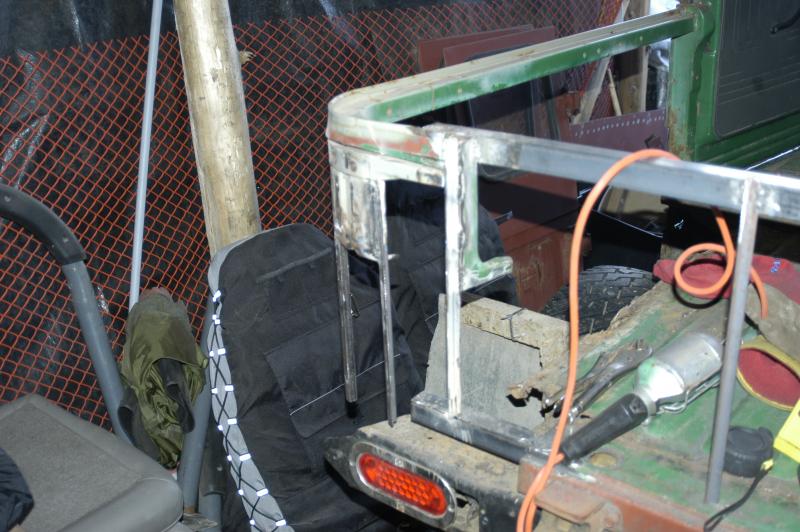 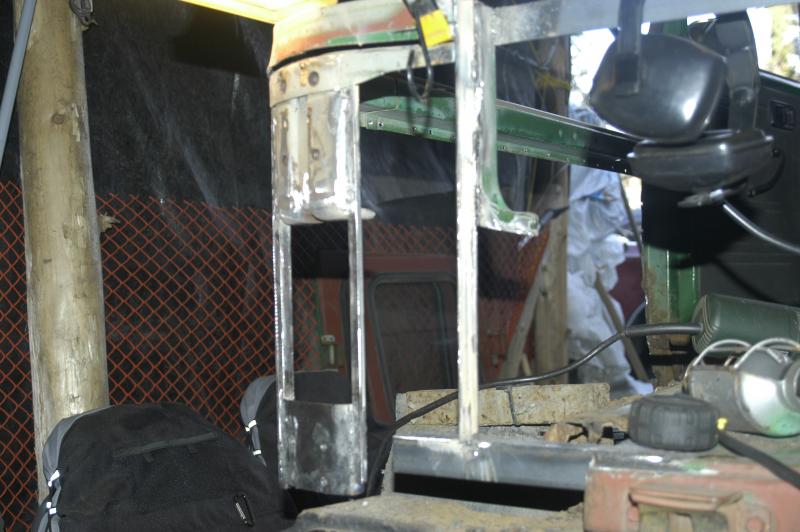 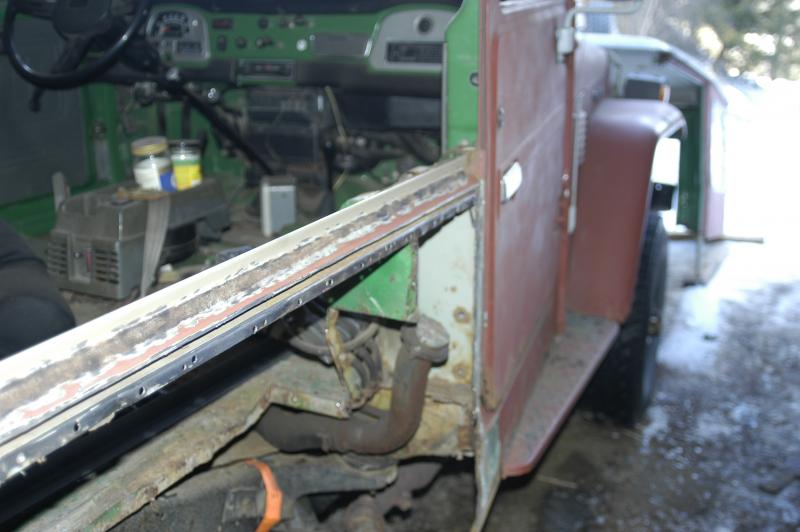 SO. Here I am with one side done. Yes it's not %100 like original, but I think it'll do until I save up for an aluminum tub. Then I'll go all out. The only part I regret is not buying a piece of square tube for the sill. All I needed it for was the ends, however I found that the sill before the horns is needed to form the corner properly. The horns aren't which was suing. I was pleased at how easy this was and how good of a job it will do. I think if I were to do it again it would be better. However if I do it again I will make a template before I remove the original panels and then cut out the new panel shape before attaching. 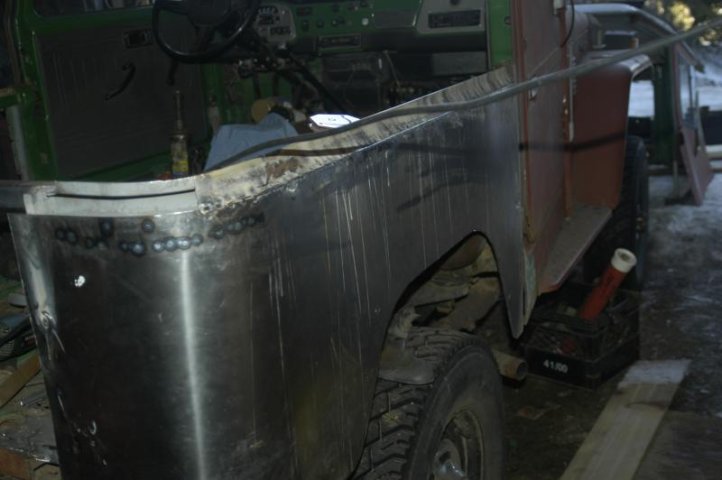 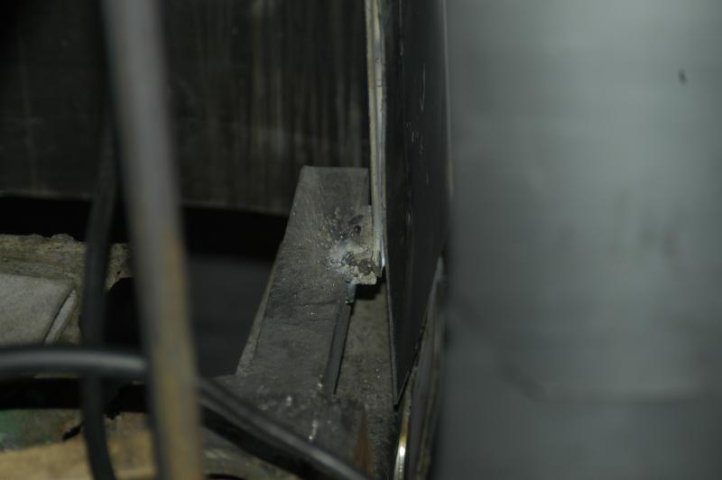 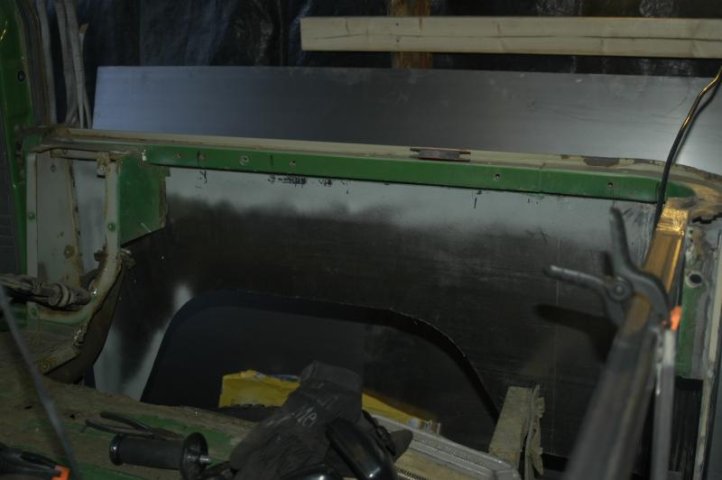 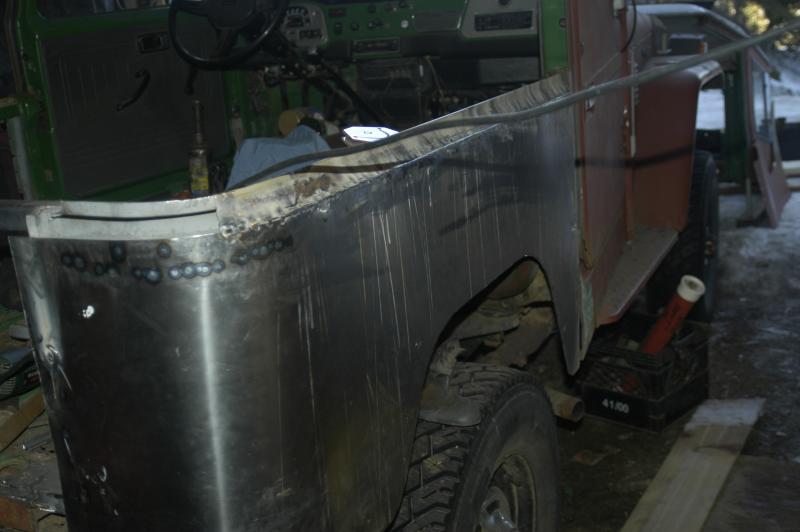 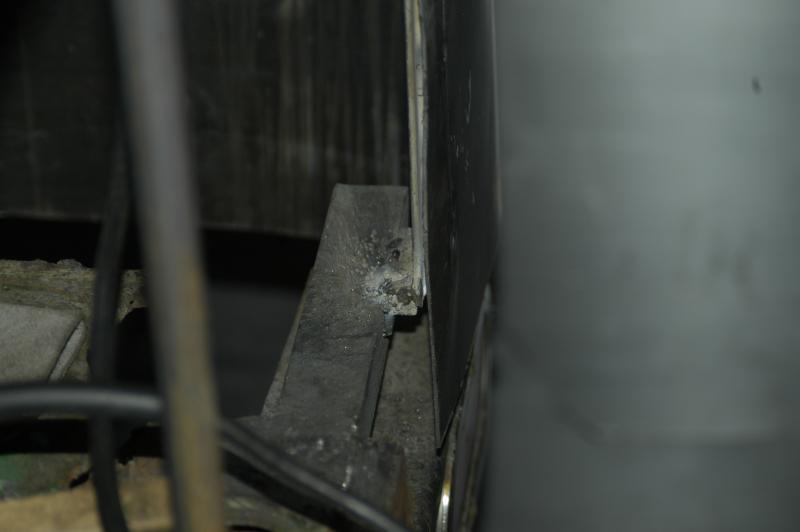 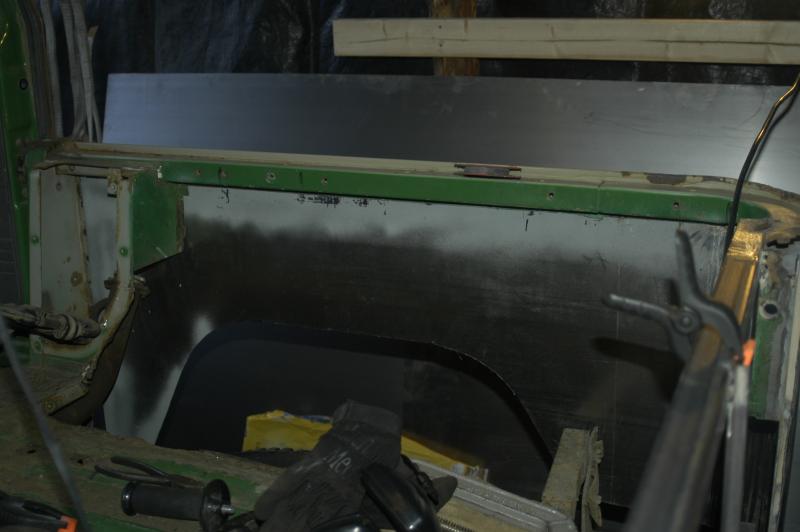 Body work advise for my top side panels