Ever install an OME lift during a blackout? [Build thread] (1 Viewer)

So...last night was epic. Took my 80 over to my buddy's body shop to put an ARB front bumper and an OME 2.5" heavy lift on my truck. I showed up with beer and pizza to find my buddy, who had been working his a** off all day doing body work, in a (rightful) state of apprehension about our evening's project. Several of his body techs were still in the shop and gave us a good heckling about how we would be there all weekend which added to his doubts. To get in the groove we decided to start off with the bumper which went on like butter flipoff2: ARB!!). When the bumper was on before the heckling shop employees even left we started feeling more psyched, had another cold snack and started in on the suspension. Luckily, the PO had replaced the front shocks fairly recently so getting the DS shock loose was no problem at all and the front end went quickly. The level of stoke increased and my formerly nervous buddy, tired as he was, started feeling good about this operation. A couple more friends showed up with more beer and we set our sights on the rear end. Right about this time the lights in the shop flickered and then went dark. We walked outside and every building in the nearby area was dark. Goodbye air tools, lift, lights and tunes. Initially, the loss of Slayer blasting at max volume was more of a hit to morale than the actual darkness but we recovered quickly, grabbed hand tools, headlamps and whatever battery powered work lights we could find and went back at it. Soon we encountered the darkest times in our evening's work, both literally and figuratively, when 3 out of 4 of the rear sway bar bracket bolts broke off during removal. Note that these are the only bolts that I missed hitting with PB blaster in the previous week

. Since we were still in total darkness and had no power tools except a 12V DeWalt cordless it took a while to drill out and tap the bolt holes but we got it done. Right about the time we finished breaking down the rear end the power came back on so we cranked Slayer back up to 11, cracked another PBR and got the rear springs and shocks installed in no time. By now it was late and we were all pretty damn tired so we put the wheels back on, dropped the lift and called it a night. Even without doing the steering stabilizer or caster correction the 80 rides SOOO MUCH BETTER. I hope to wrap up the control arms and stabilizer this week but for now I am pretty psyched. I LOVE THIS FREAKIN TRUCK!!! 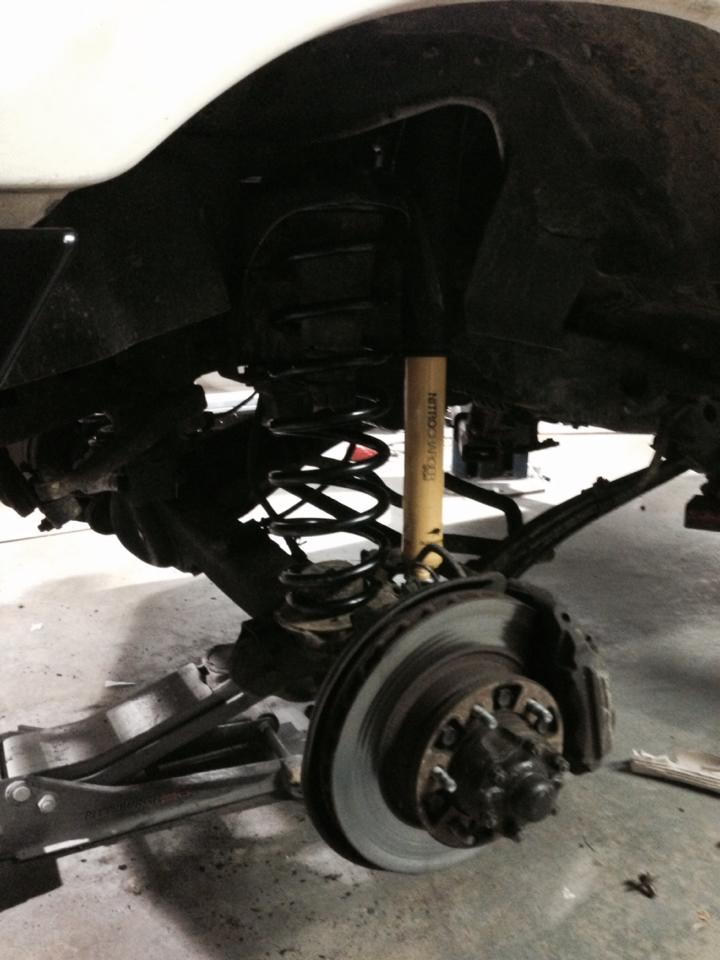 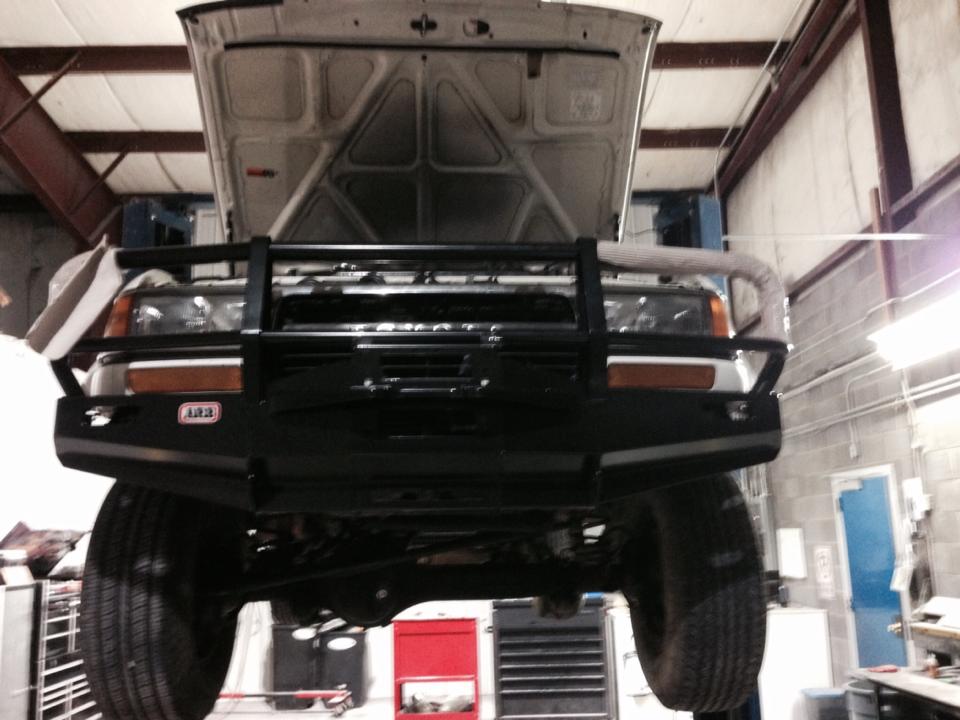 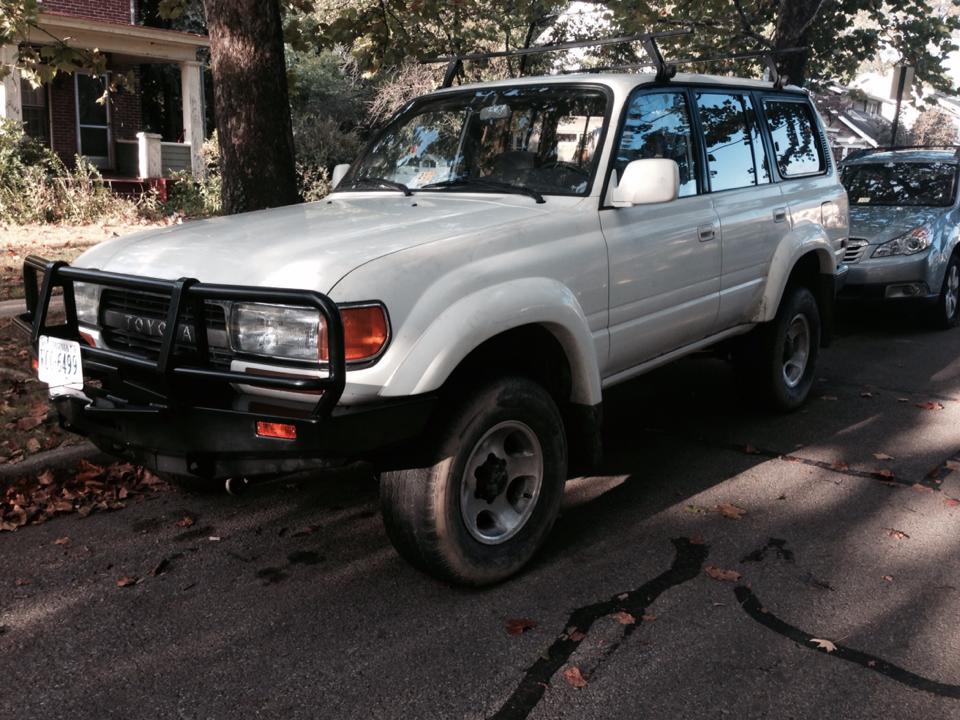 I wouldn't say a LOT bigger but yeah it's very noticeable. It looks a lot more capable and badass. Can't wait to get new tires on it.

Looks good, what suspension setup did you go with?

I put the OME 2.5" lift on there with the 850 springs front/863 rear. Also got the OME nitro charger sport shocks. That thing rides soo much better now, the old springs and shocks were pretty tired.


Yes. I have 315s, with a 1" body lift and a 2.5" OME lift. For myself, this combo is the most aesthetically pleasing in terms of the proportions of the vehicle, especially considering the huge size of the stk wheel wells.

@blunderbuss I just saw the pic of your truck, heck yeah white FZJ80! Noticed you are running Duratracs, I'm planning on getting a set of those put on today. How have they been for you? I have several friends who swear by those tires but I've never had a set. 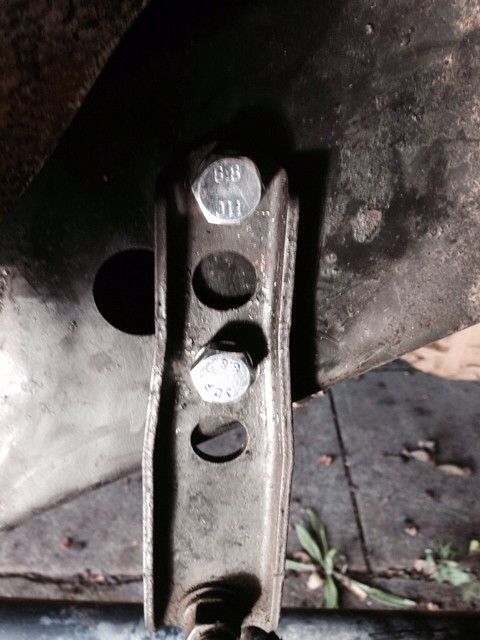 fixed the broken sway bar bracket bolts and got tires on the rig. Feeling pretty psyched. 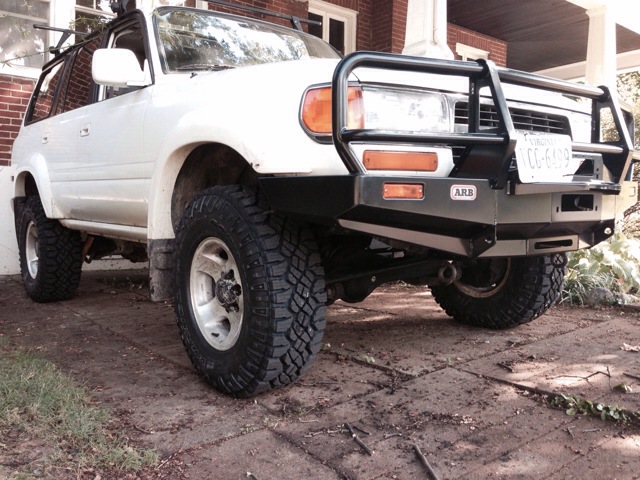 nice rig, I like what you've done so far. I've only got around 1500 miles on the duratracs, so far so good.

blunderbuss said:
nice rig, I like what you've done so far. I've only got around 1500 miles on the duratracs, so far so good.
Click to expand...


Thanks! To say I'm really enjoying the truck so far is an understatement. I got the Duratrac 285/75R16s on there the other day, haven't driven at highway speeds yet but they seem fairly quiet. I'm pretty impressed with how aggressive they are for an A/T tire. 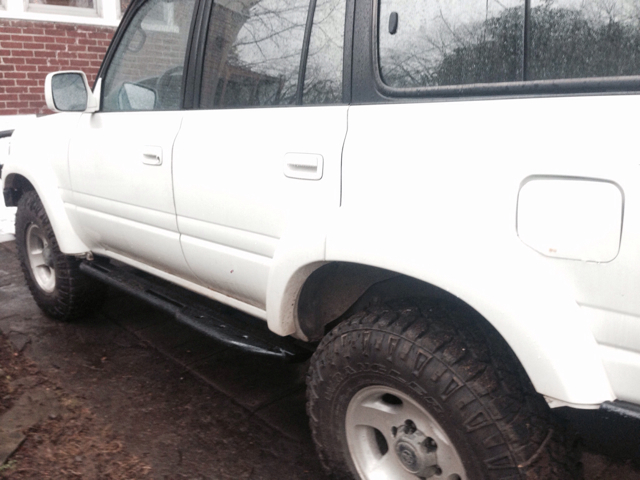 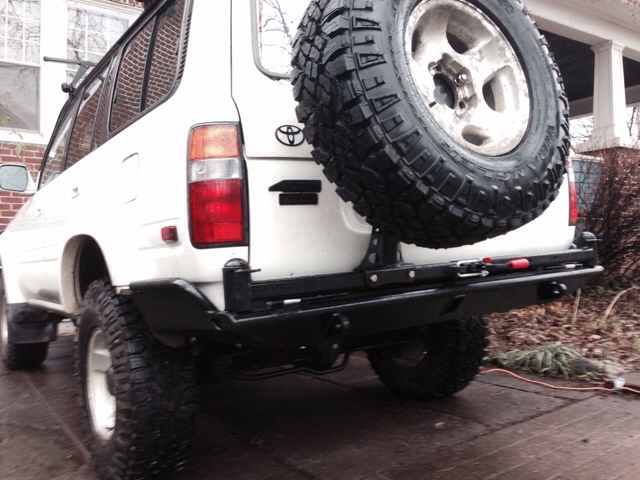 I have the exact same suspension setup as yours on my 97, I've found it to be quite rough, but I don't have armor yet and the shocks may be worn out after 5 years. The 94 has the exact same tires as what you picked up. I have nothing but good things to say about the Duratrac, aggressive and quiet, like a ninja.

Yeah the OME heavy isn't very plush, I haven't driven it with all the armor on yet although with just the rear bumper it felt better. I think the weight helps to dampen and preload the springs quite a bit. Definitely love the duratracs! They've done everything I've asked them to do so far.

I bought a Cruiser to keep miles off my Cruiser

Nice work. I broke my bolts taking the sways off too.. I just launched them in the junk pile. Haven't missed them since.

Yeah I broke 3 out of 4 of them. Amazingly, those are the only ones I didn't hit with penetrant before we did the lift...

How does your 80 ride without the sways?

I'm glad to say that lately about all I've been doing with my 80 is DRIVING IT. Got several mechanical issues fixed since January:

Been getting misc gear together (recovery & winching stuff) and getting the truck ready for a spring and summer full of road tripping, wheeling and camping. Also found a good way to haul extra kids on the trail. 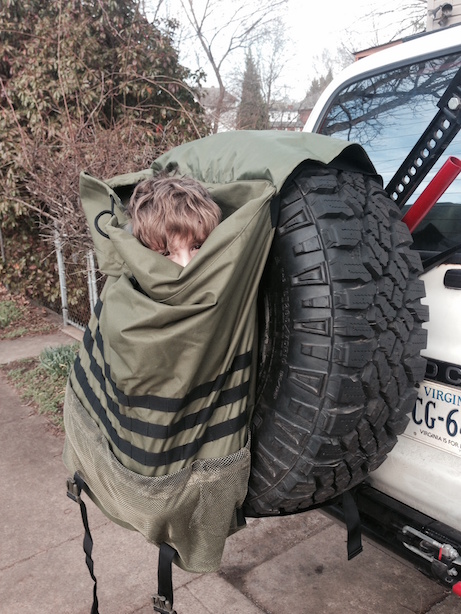 ^ This picture is AWESOME period.
You must log in or register to reply here.