I'm trying to resolve this problem:

but the locating pin inside the housing is on the wrong side and the terminals listed are 6.3 and mine measure, at most, 3-mm.

So, I'm looking for a definitive ID of both the housing and terminals for it. It's marked ND on the seal on the rear of the housing, but that seal doesn't want to peel away and looks like RTV filler to boot.

Toyota offers the connector housings, and a repair wire, which has about 6 inches of wire and crimped terminals. This repair wire is intended to be connected to the harness by using bullet connectors. In addition to adding a length of wire you don't need, if you go this route, you'll also have a gnarly pair of bullet connectors trashing up your harness. While that's prpbably acceptable for a dealership, trying to make money vs. time spent, it's not for me.

For everyone who likes pictures: 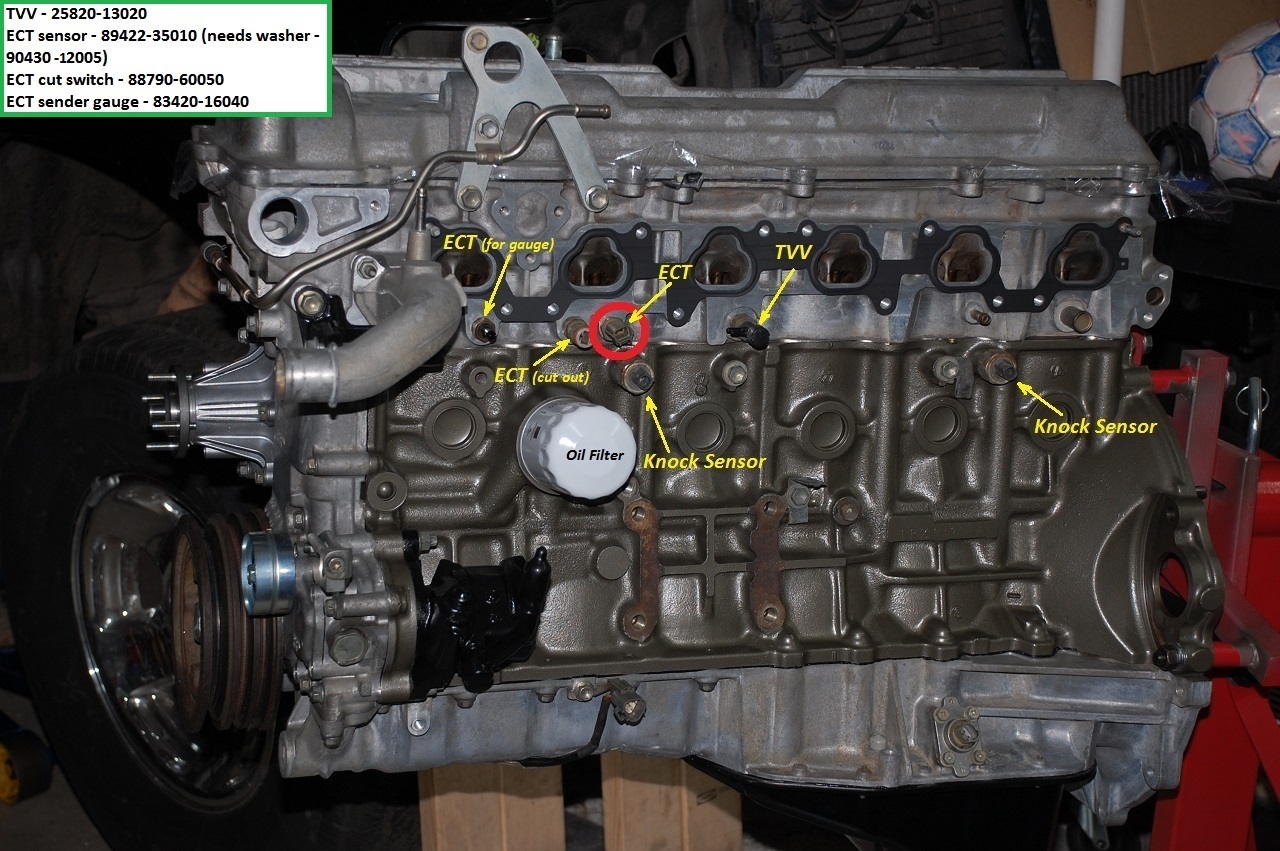 OK, yesterday was a bad day. This is actually what I should have posted;

@jonheld actually found this a while back, but the search function didn't catch it. Google did and that led me here.

jonheld said:
It would probably help if you told us the year and country of origin.
There should also be a 5 digit number on the connector housing. If you add a "90980-" before that 5 digit number, you now can order the connector anywhere.
I'm going to guess based on your picture 90980–10184
Click to expand...

still looking for the terminals: 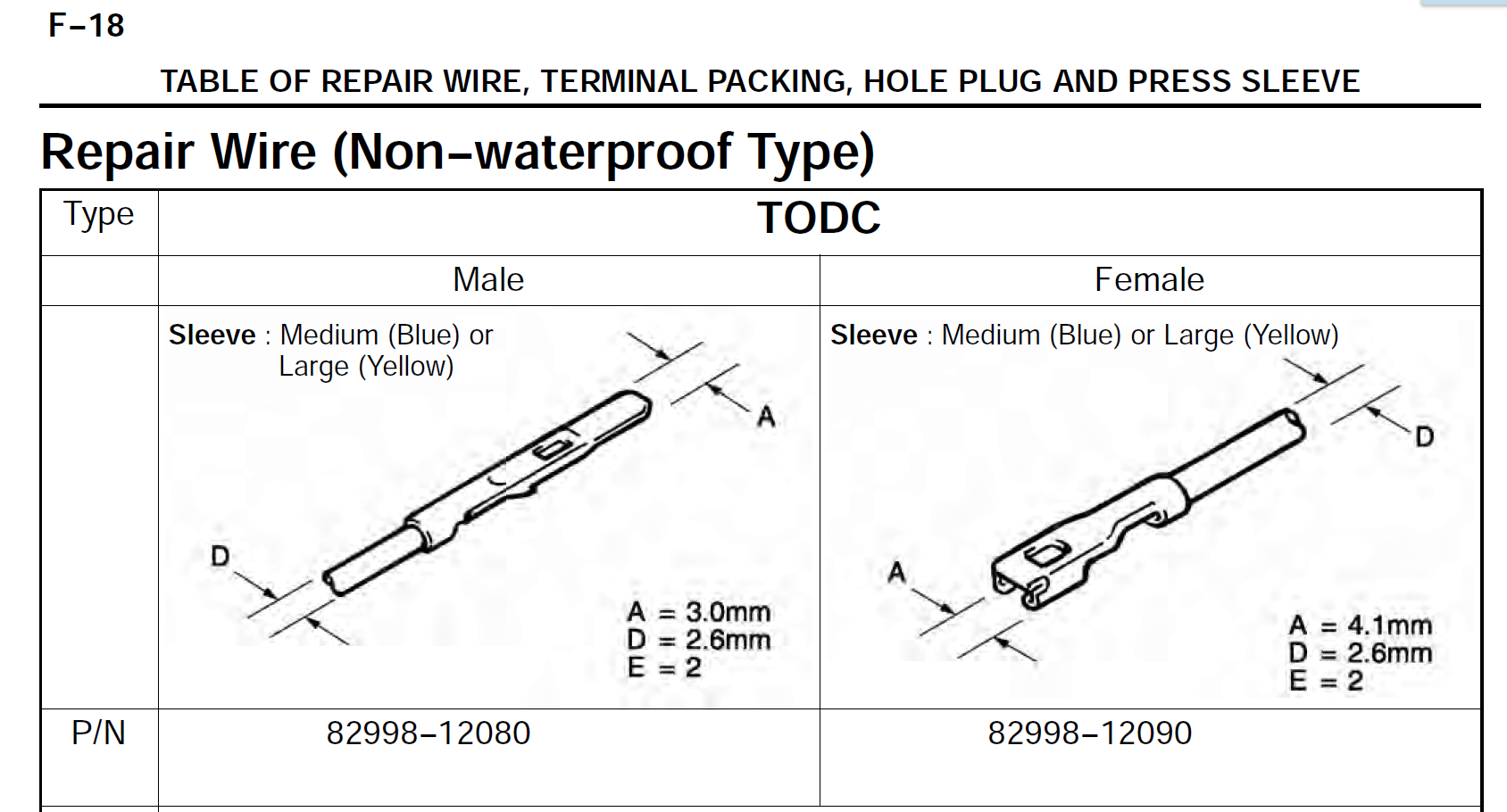 UPDATE on the update:
So left to my own devices, I ordered the green connector housing (90980-10737) kit from Ballenger; it should be here today or tomorrow, so that problem is properly resolved.

Since I've had no luck locating the A/C cutoff housing, 90980-10184, I'm going to use the seal from the 90980-10156 housing, which is close to the correct diameter, in the housing I have on the harness (which is still usable). The problem is that I have to destroy the rear plug seal in order to get the old terminals out. Since I couldn't find the terminals, I'm resorting to using the repair wires, 82998-12090, and Napa bullet connectors. I'm hoping the Ballenger crimper forms the bullet connector joint better than my other (cheap) wire stripper /crimpers. I'm going to install those, and seal the rear with some Gorilla high heat glue, to fill in whatever void is left over.

I plan to remove the plastic outer housing and use shrink tubing to seal the connector, so it won't be so large. Not happy about this repair.

There's so much science here - great details. It seems unlikely you weren't aware but I'll throw it out anyway. Alot of the 80 series terminals and connectors are Yazaki 090II series and are available from Corsa Tec. I also bought a low level crimper for 090 and it has worked great (and cheaply). It looks like some of the issues you could resolve by cutting the damaged wires, pulling out the rubber seal (without damaging it) stripping the ends and crimping on the new terminals and connectors. Next de pin out of the old housing, and click in the new fresh terms and connectors. It appears your housing is also damaged. I have found Corollas of this era have nearly the same connector housings and wiring components and most are pristine at the junkyard. Corsa may have the housing as well.

How I normally do it is: forget to put on the rubber seal, take everything apart again, then put on the seal, then reassemble backwards, test, blow a fuse, realize you installed the wires backwards, disassemble, reassemble, and the next thing you know you're doing a frame off. HTH