I have a 2000 LX470 I would like to sell. I prefer it to go to a Mud member, but I also have it on my local Craigslist. See the Craigslist posting for more pics. I'll only put up one here for the sake of Mud bandwidth.

The AHC system is fully functional. However, as a backup I have the front and rear springs from a Land Cruiser that had only 50k miles on the clock, figuring I would replace the suspension if/when the AHC died.

The exterior paint was aging and had somm scratches down the side. So, after some sanding I put on a couple of coats of Epoxy primer in white to exterior only (original color - Cashmere Metallic). Also shot on a coating of Raptor Liner (metallic gray color) to bumpers and lower body molding.

Due to various changes the truck has gone though over the years, there are no skid plates and the tires/wheels are from a Tundra take-off. The tires are Michelin LTX MS2 with probably 90% of tread life left.

The frame and other under carriage parts are showing some surface rust (not unusual for a 21 year old truck), so after I took the pic I sprayed on some LPS3 heavy duty rust inhibitor to control any spread. The metal piping that led to the rear A/C unit failed. I capped them off and just use the front unit - it works in manual and automatic mode. The engine starts easily and runs smoothly. You can see from the pic there are no warning lights on the dash. 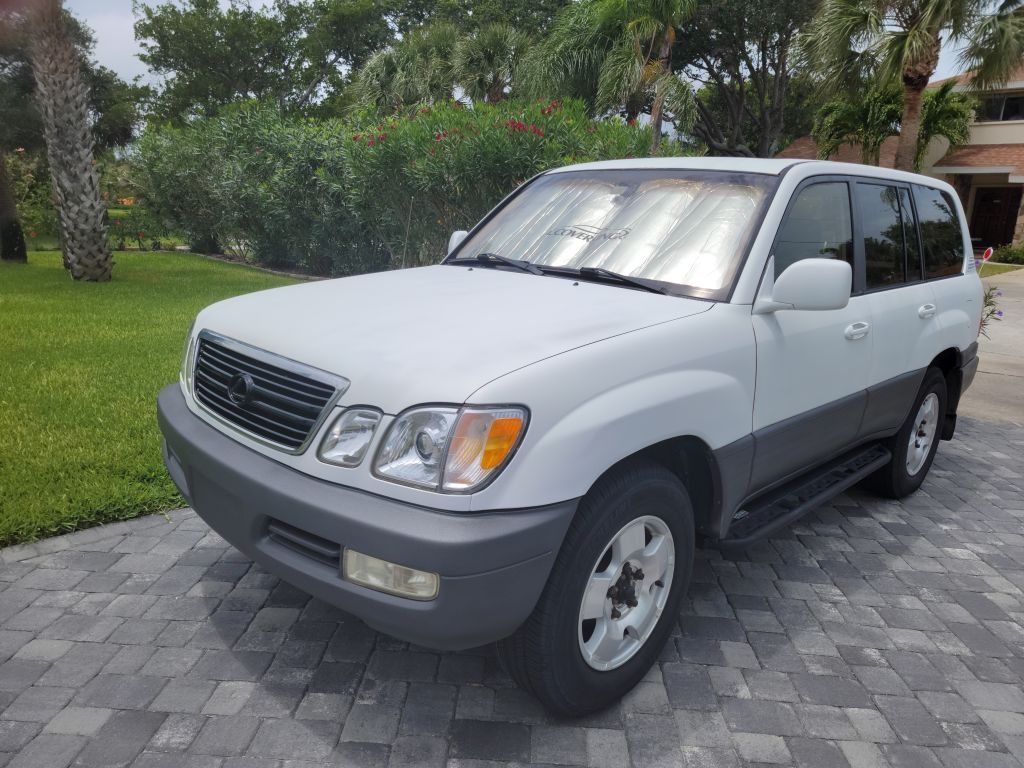 From Indialantic, FL
SILVER Star
You must log in or register to reply here.