Continuing to sell off a few things. This is one of the more rare sets in the collection.

The Kyoto Tool Company (KTC) produced tools for Toyota which weren't included in vehicle tool kits. This T1300 box wrench set is an example, likely manufactured in the 60s, quite possibly the 50s. My guess is that it would have been purchased by a technician individually for use in a Toyota repair facility, or bought by the shop for general use.

The box has long ago been painted gray over green over the original blue. It has 5 of the 6 wrenches. It is missing the 10mm x 12mm if I'm not mistaken. Note the odd 23mm x 26mm size, as well as the atypical TOYOTA MOTOR lettering.

Many, not all, early tools made by KTC for Toyota incorporated both the KTC and Toyota logos. The Toyota TEQ logo is forged on the front of these, with the small early double-Marukyo KTC logo on the reverse. I think that is cool - it speaks to the partnership Toyota and KTC established in the very early 50s when KTC began operations as KTC (prior to that, they were known as Kyoto Kikai, but that is a whole other story altogether). 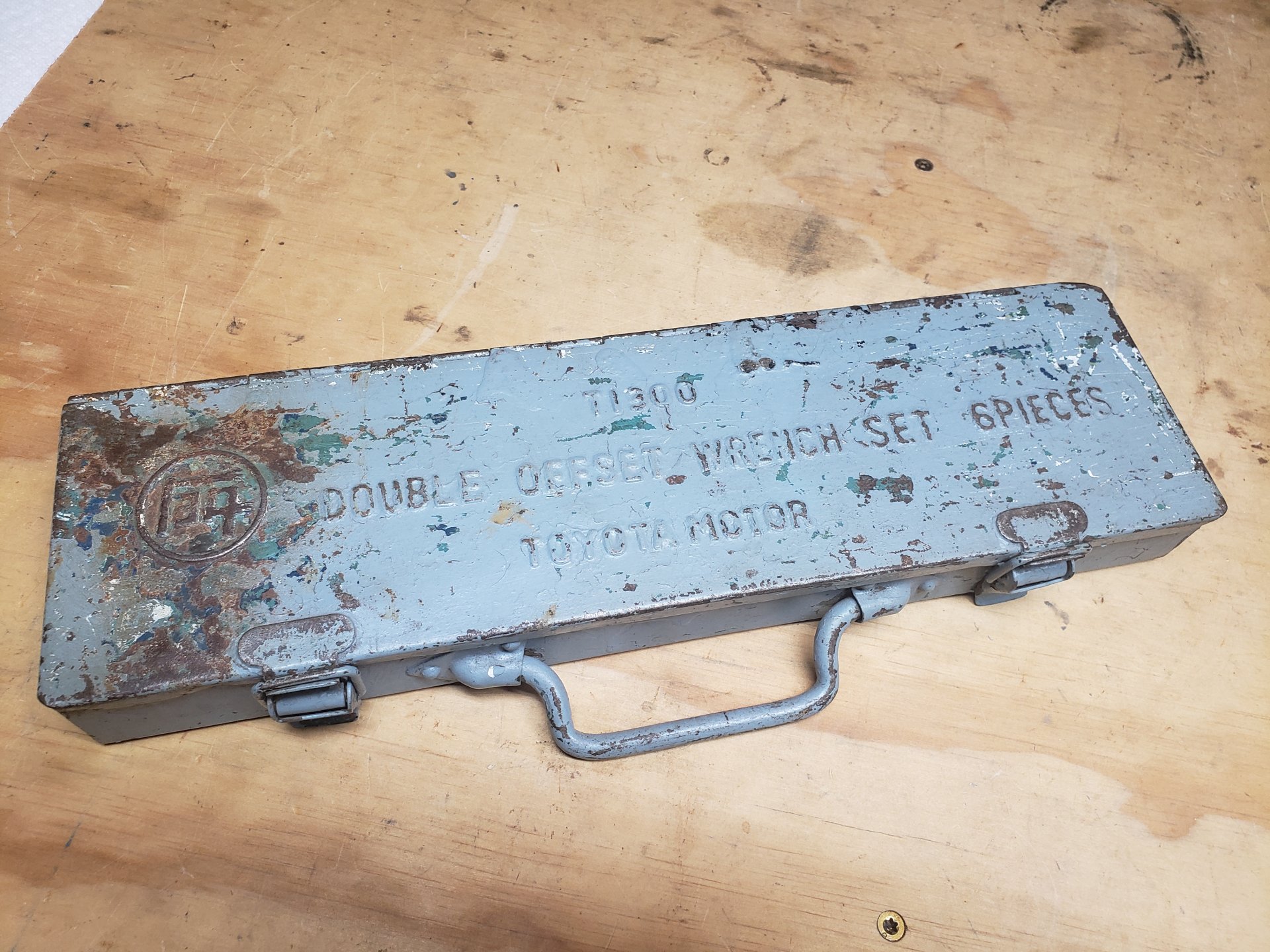 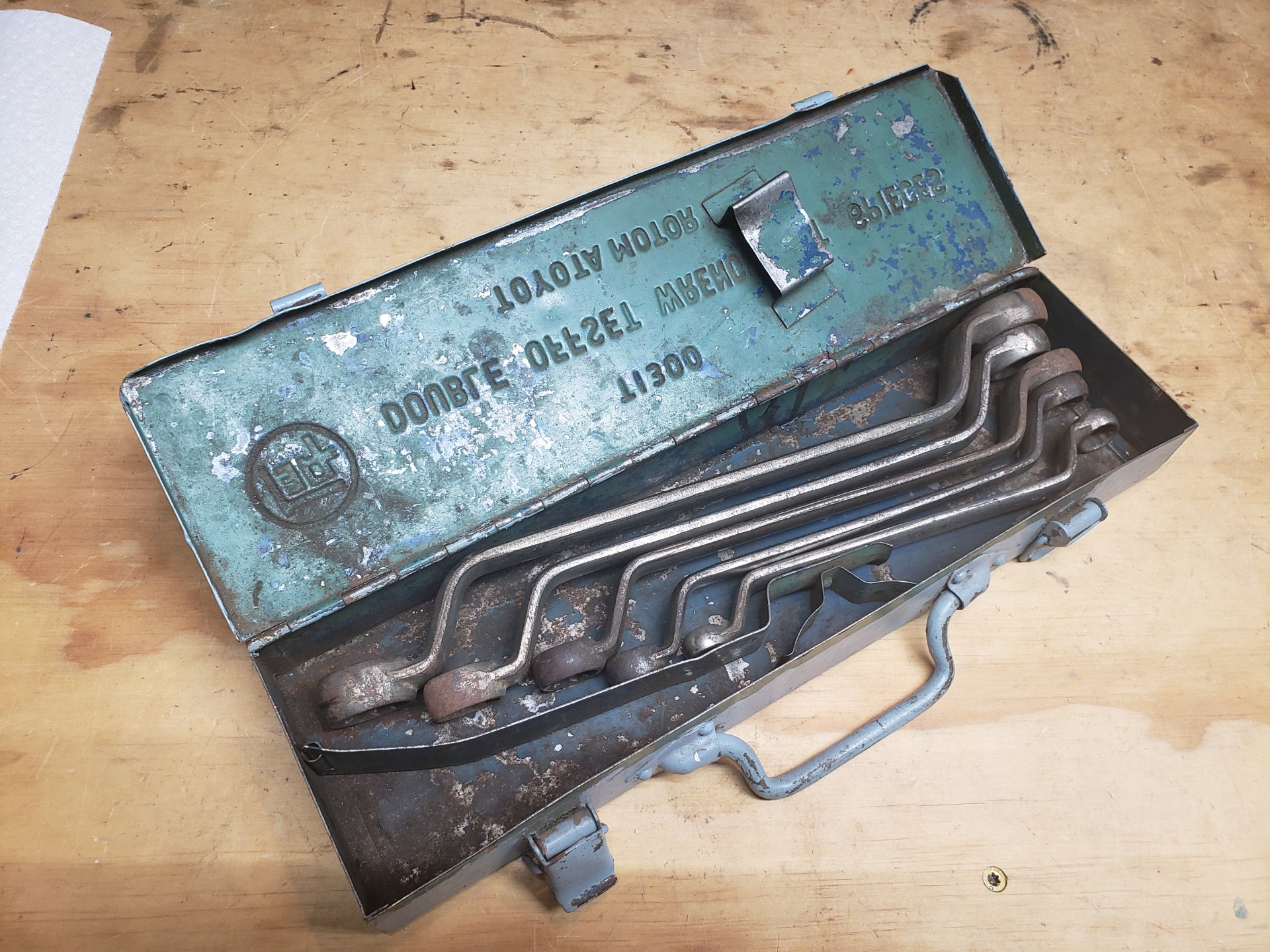 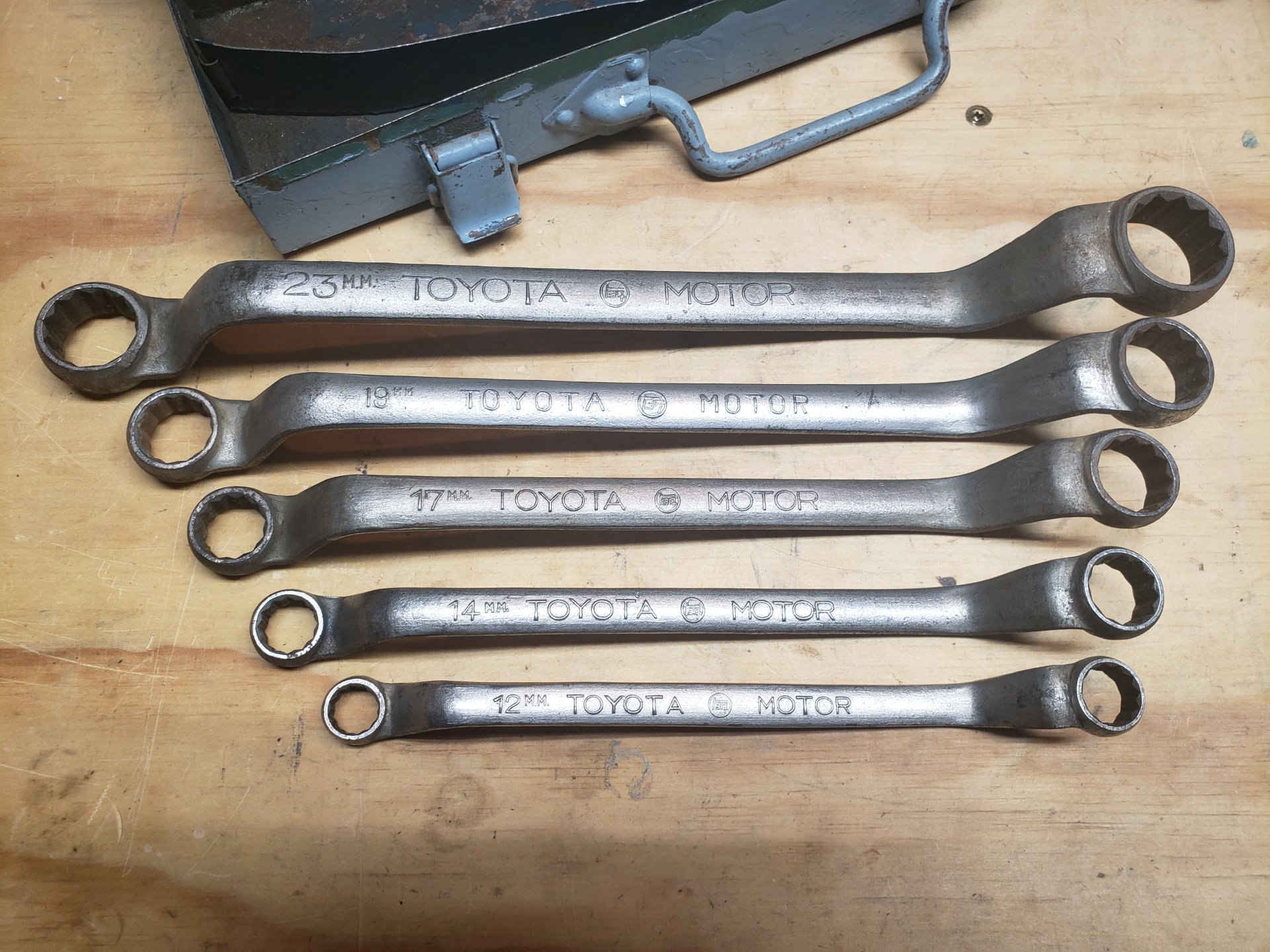 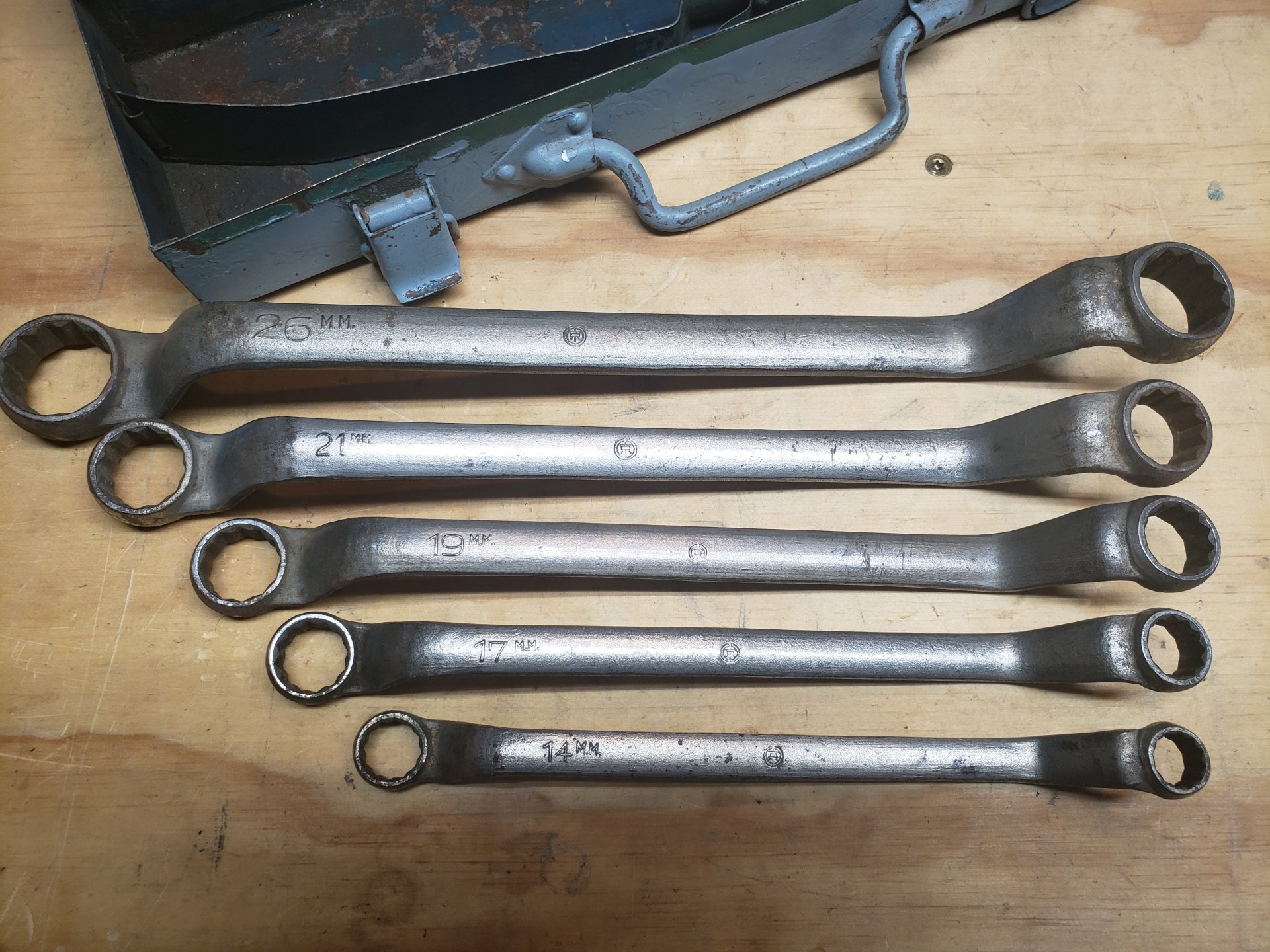