I suppose this is an opportunity to pick up a set of old Land Cruiser tools and other accessories in one fell swoop, which would be very difficult to piece together otherwise.

Might as well list the price first, $1600. A bit jaw-dropping I know, but hopefully you’ll understand why as you read through the description, view the photos, and see what is included. The price includes fully insured shipping to the lower 48. If payment is Paypal F&F, shave off $45.

A few of the tools were already inside the box when I bought it a few years ago from Japan. It is a JDM set from late 1964, early 1965. I’ve accumulated the other tools and items to build this kit since then, so not everything is original to the box, nor correct for the model year, nor specifically for Land Cruisers, but all are vintage Toyota tools and accessories, very rare, and go nicely in the kit. Will explain everything below. Please inquiry within if you have any questions.


The Box
The toolbox itself is in excellent shape. It still has the vast majority of its original Land Cruiser dark green paint, no rust, and is very straight. It’s a very nice example.

The Tools
Grease gun: unused, with both nozzles, and correct for the year. Super nice.

Screwdriver: three screwdrivers were originally included, but this only has the longer shaft slot-end, stamped TOYOTA MOTOR which was added after I bought the kit. It is actually correct for earlier Land Cruisers (1960-63).

250mm Adjustable wrench: same as the screwdriver, it was added after the purchase and is correct for earlier Land Cruisers (I believe late 50’s).

200mm pliers: if I recall, this was also included in the kit, but the photo in the owner’s manual shows the handles as being curved. This pair has recurved handles. I believe it to be correct, but the photo contradicts that so I can’t be certain.

Lug wrench: the really hard to find 2-piece lug wrench was standard for this year. The socket part (20cm long and 23mm lug size) is included – the handle is missing. I added a 23mm pry bar version to supplement the missing handle.

Hammer: Maruki 1 # hammer included. Hammers were not included with JDM tool kits, but the Maruki 1lb hammer was standard in early canvas roll US market kits until around 1965, when it was replaced by OH hammers. It’s a very good looking hammer (as hammers go) and has awesome patina. Even has the original Maruki sticker and “Maruki Brand” is still somewhat visible on the handle.

The Accessories
A good portion of the value of this listing is added here.

The owner’s manual: JDM, pretty rare bird. Published in October 1964. Hole punches as you can see, but no pages missing and in great shape otherwise. Page 38 shows the tool box and included tools.

HHH locks: these deserve a little special attention. Brass locks were available as accessories, intended to secure the under seat tool box or spare tire carrier. The earliest of locks available were HHH brand, model 5000, in 30mm size, and were available through 1964. Later locks were ALPHA brand. HHH locks are elusive creatures. They just don’t become available with any regularity. I came across a lot of them a couple of years ago, and those are the only ones I’ve seen offered for at least 4 years. That makes me theorize they are scarcer than even Vader lights. There are two HHH locks included with this tool kit. One is 30mm, one is 25mm. What makes this pair even more extraordinary is they have matching keys. You’d be hard pressed to find another set with matching keys in existence, nd they are essentially new, inside their original little vinyl pouches. Worth the price of admission.

Carpenter pencil: maroon TEQ pencil made by Tombow for Toyota. Did a little research, and judging from the dragonfly logo, I believe it dates to pre-1958. Later logos did not have the dragonfly’s antennae. The logo on this pencil has the antennae. Fun, cool item.

Touch-up paint can: I came across this larger version of the touch-up paint last year. It is correct for 64-65 Land Cruisers, but apparently it was also included in early Coronas also, because there is writing on the back in dark marker that says, “White Corona Standard”. Wanted to include it anyway, because early Land Cruisers also had this size can. Can is quite crusty and there is no paint inside. It doesn’t fit inside the tool box, as it was intended to be stored inside the glove box.

Tire Pressure Gauge: lastly, the tire pressure gauge. It was not included with Land Cruisers either, but this tough to find TEQ variation inside its original vinyl pouch complements the rest of the kit quite nicely.

I'll be posting all the pictures in a few minutes. Please take a look, and feel free to ask any questions. 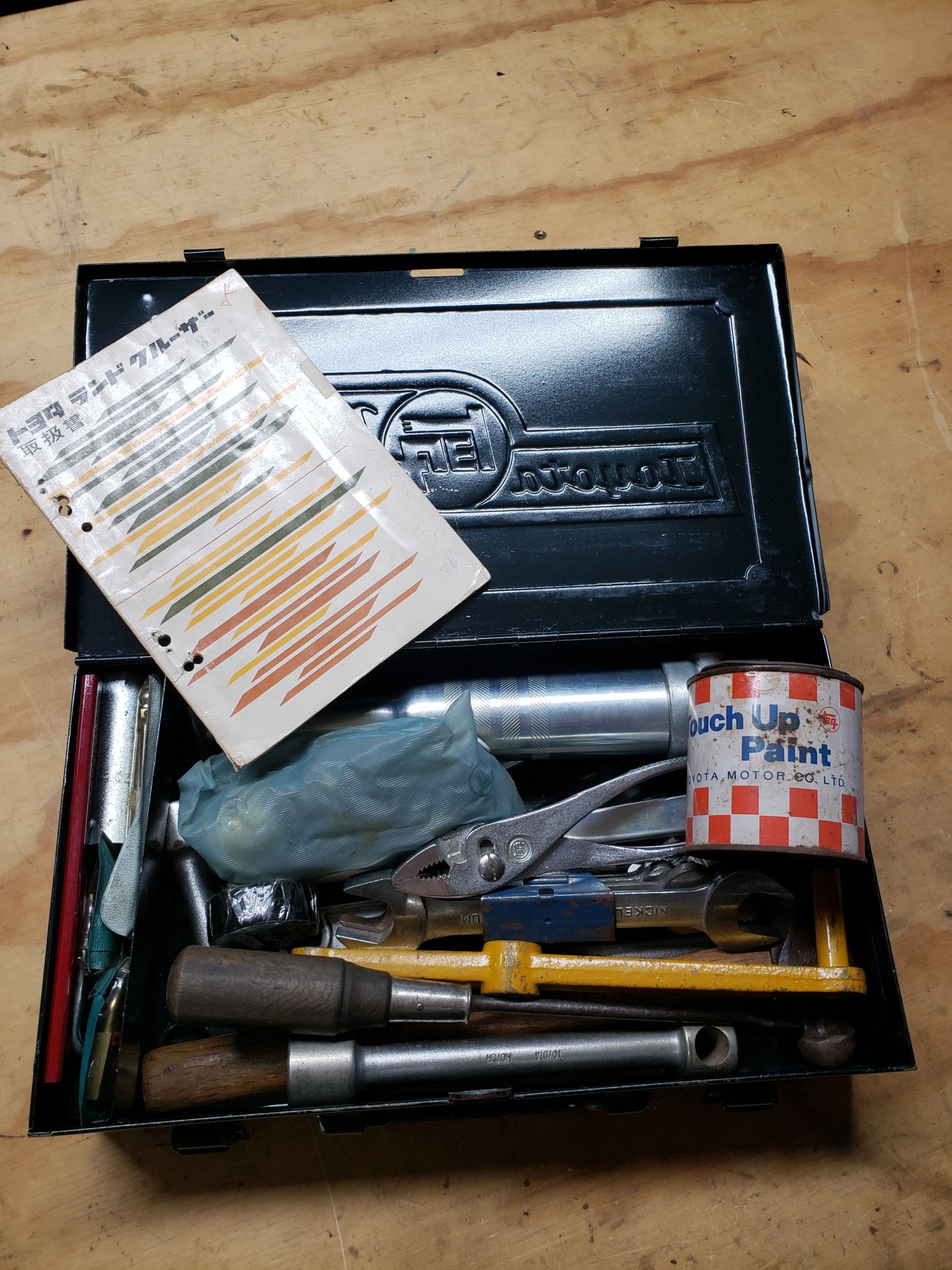 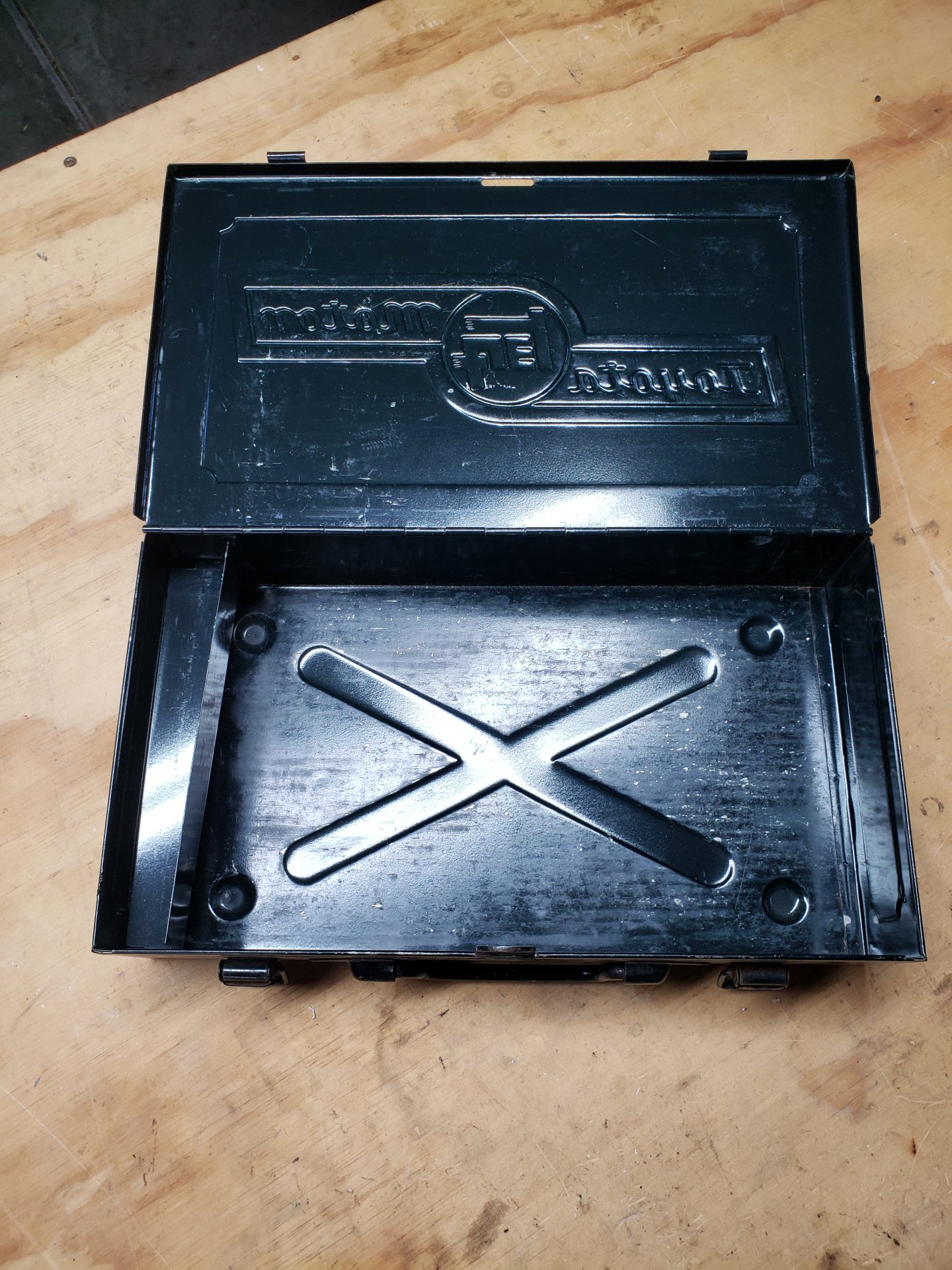 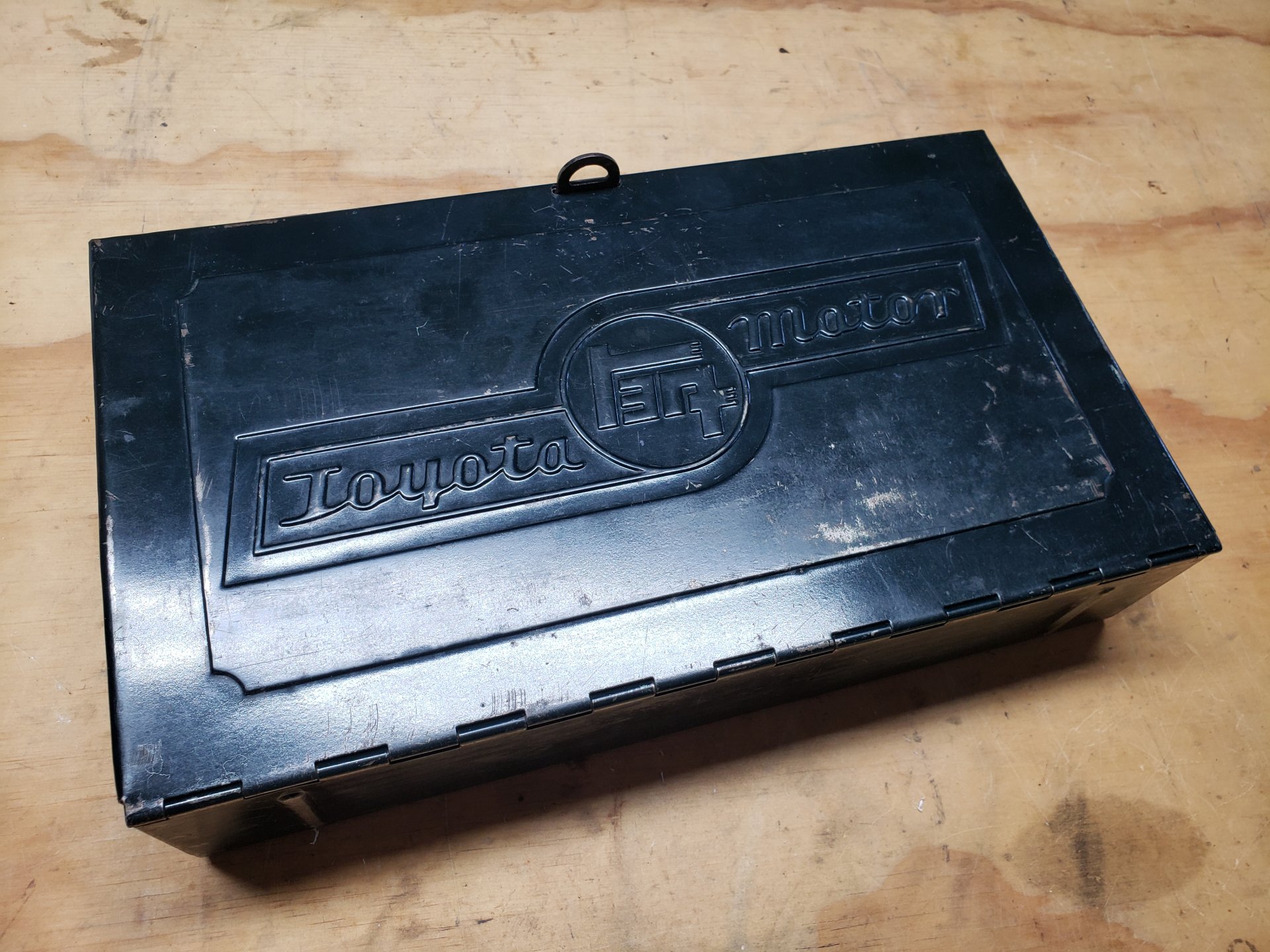 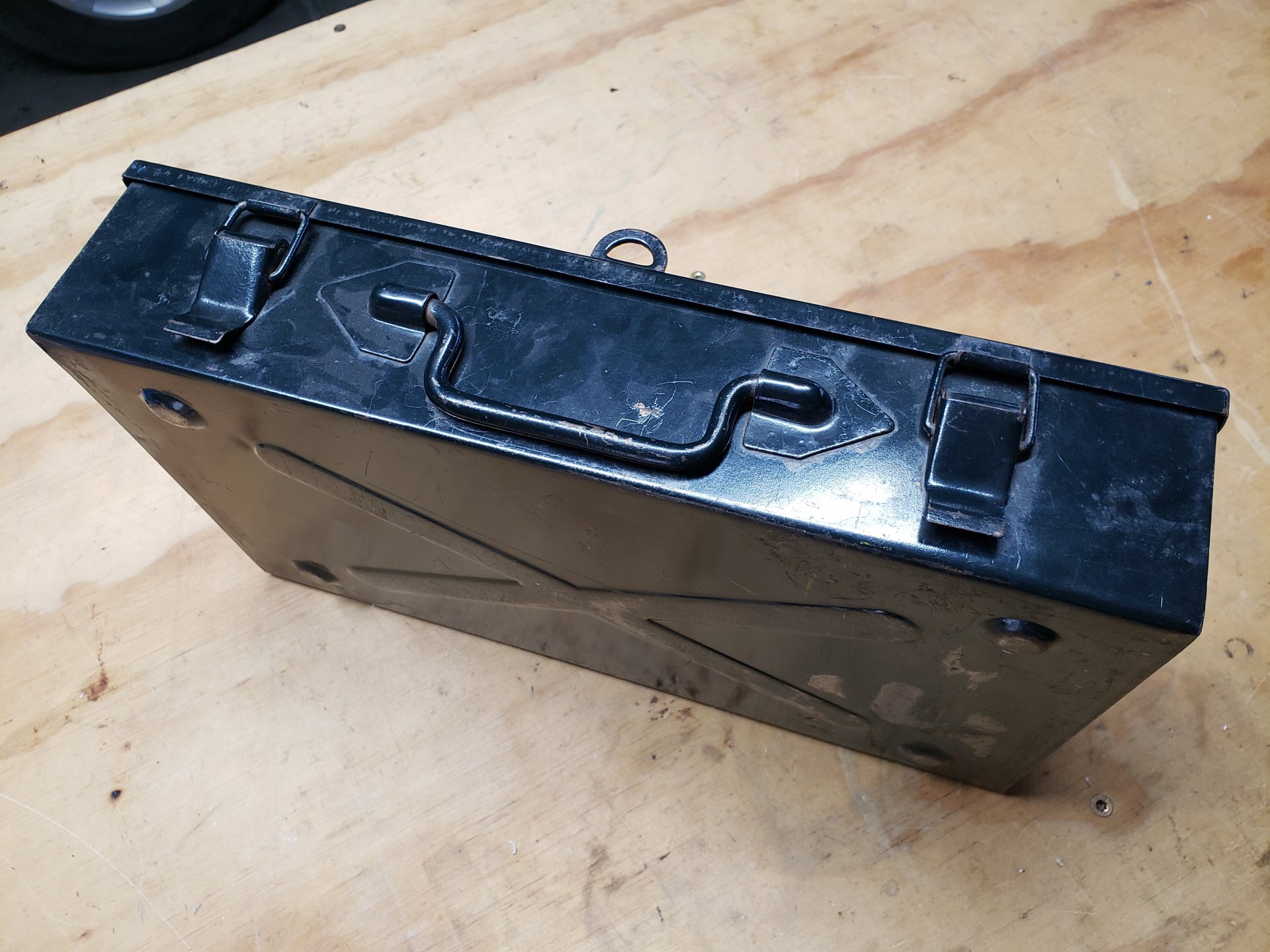 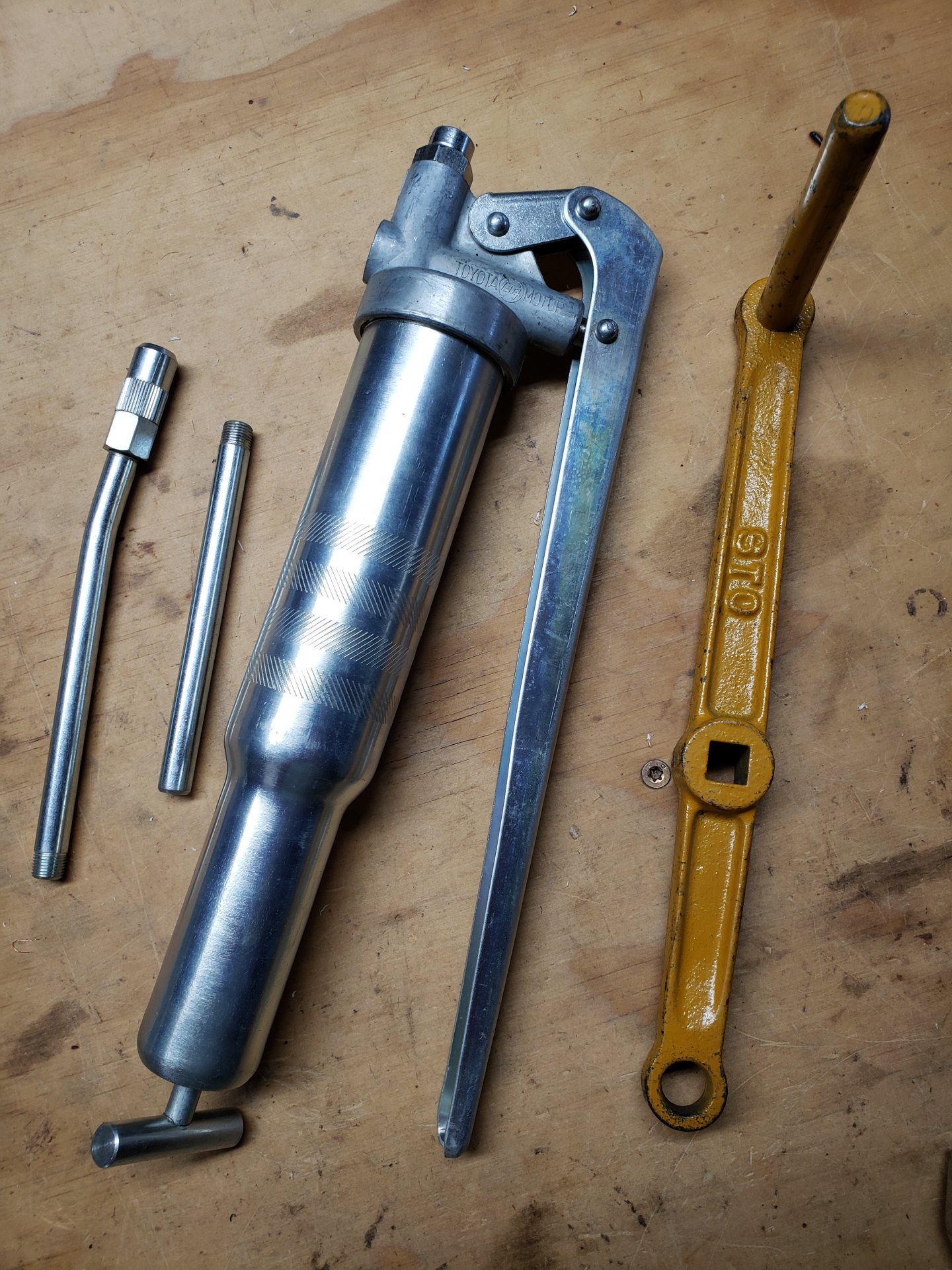 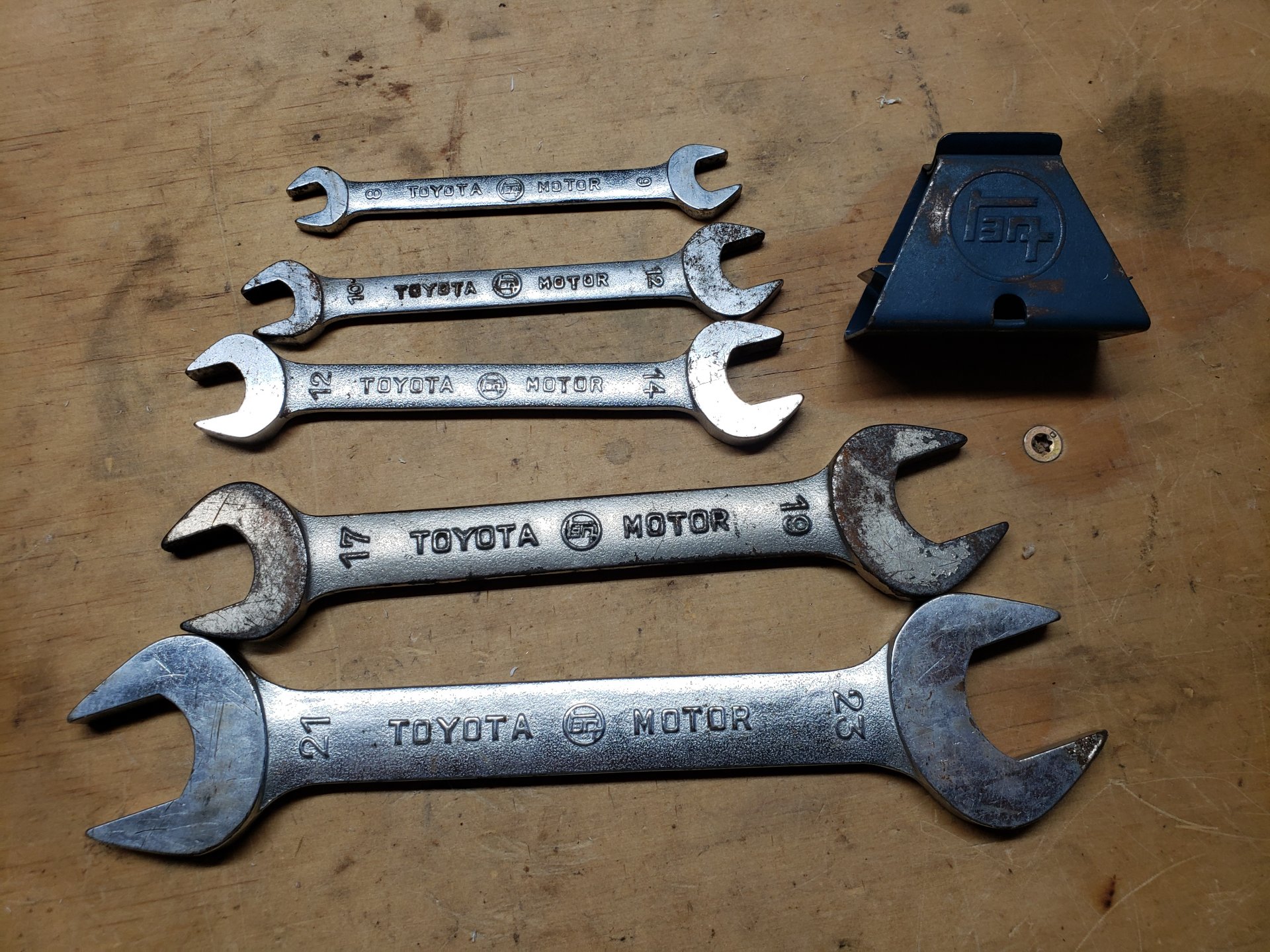 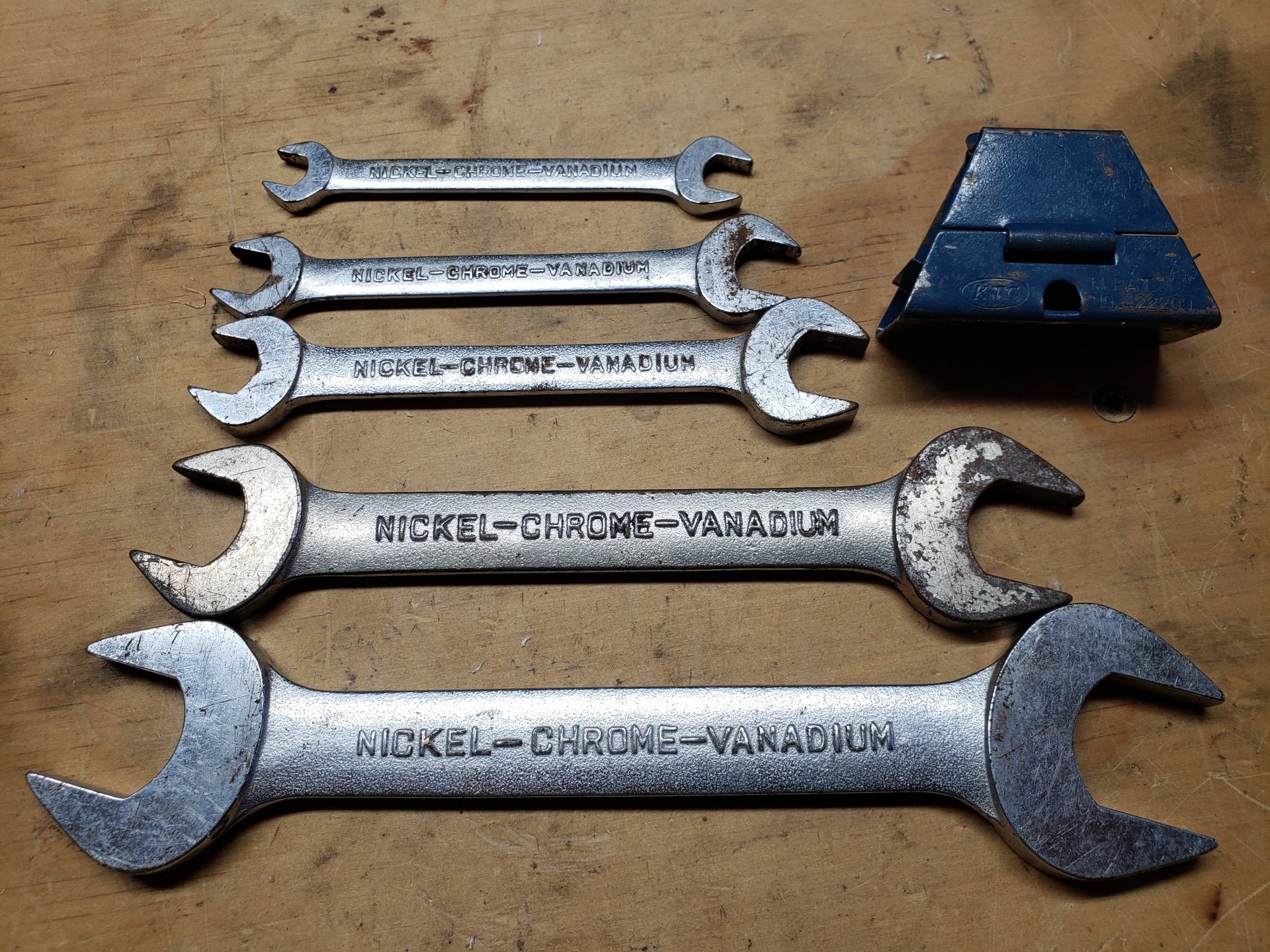 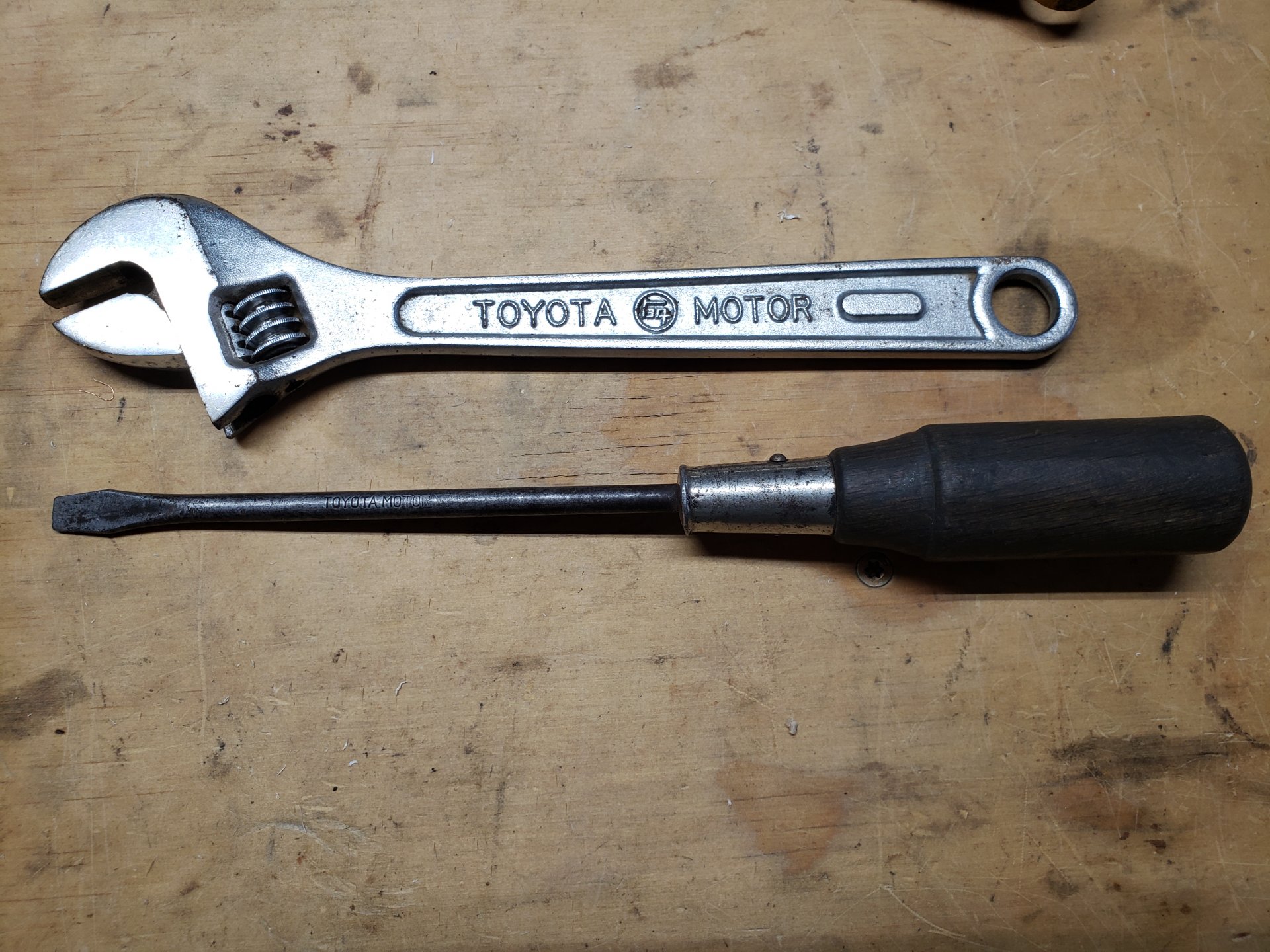 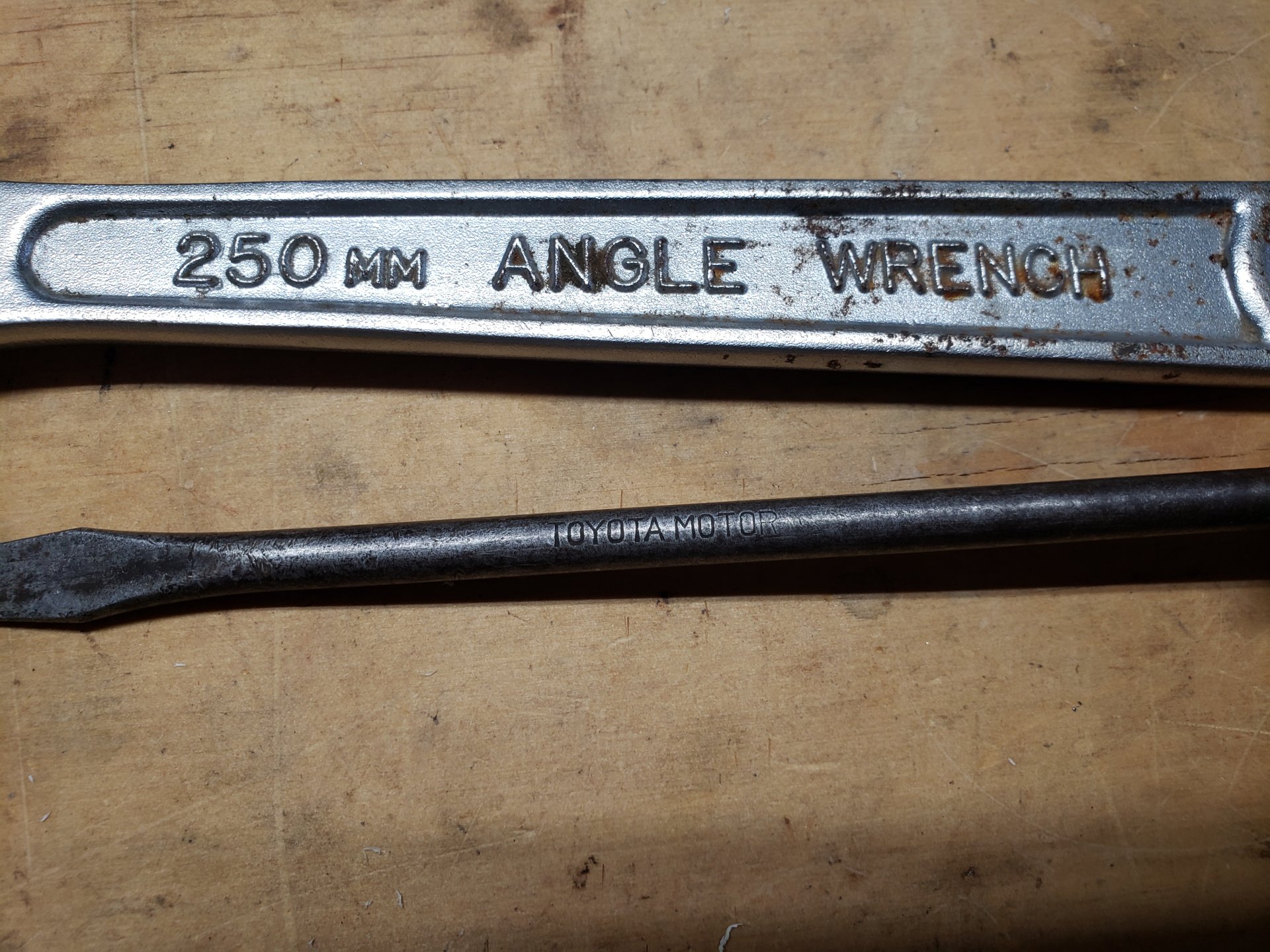 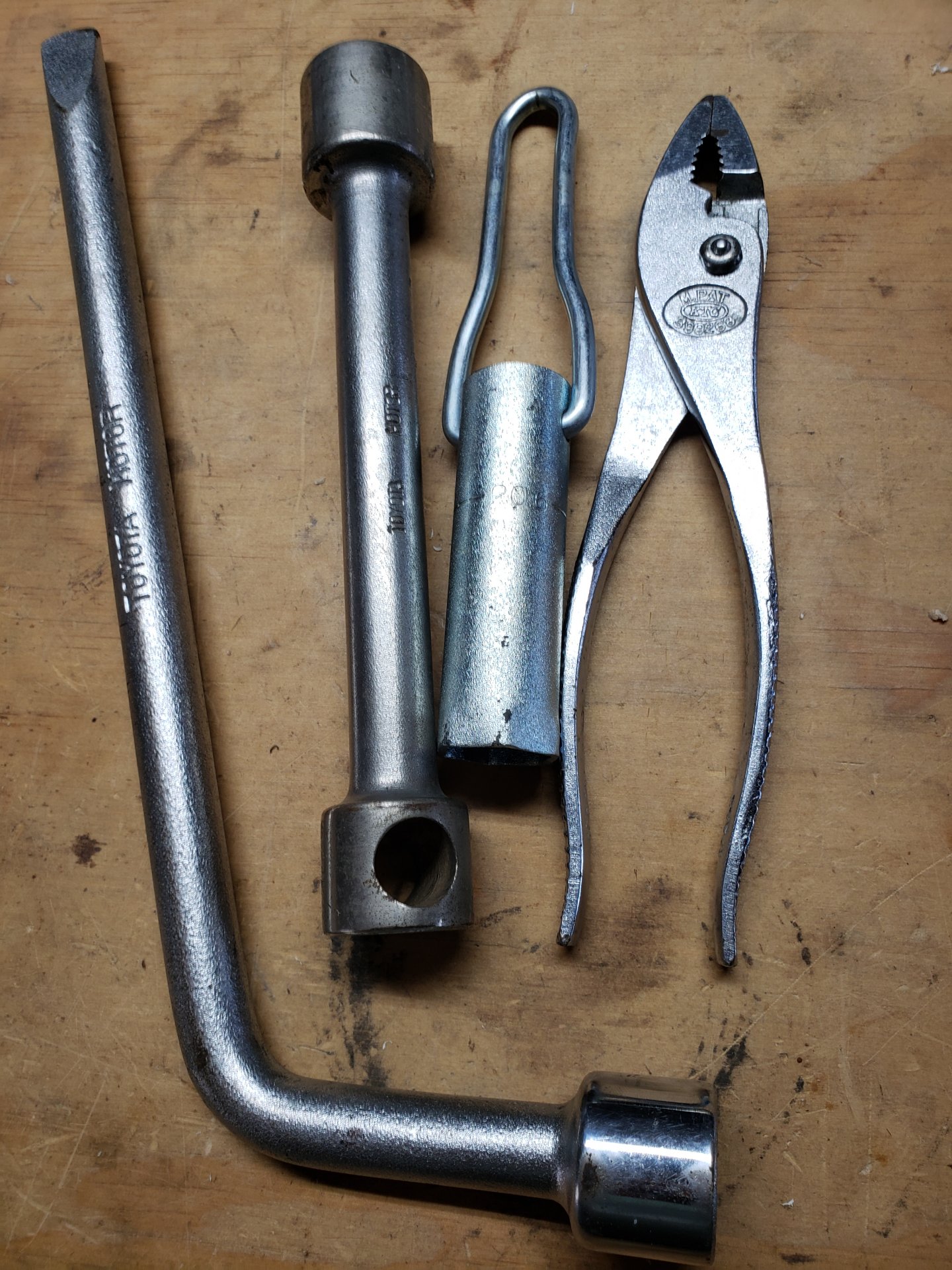 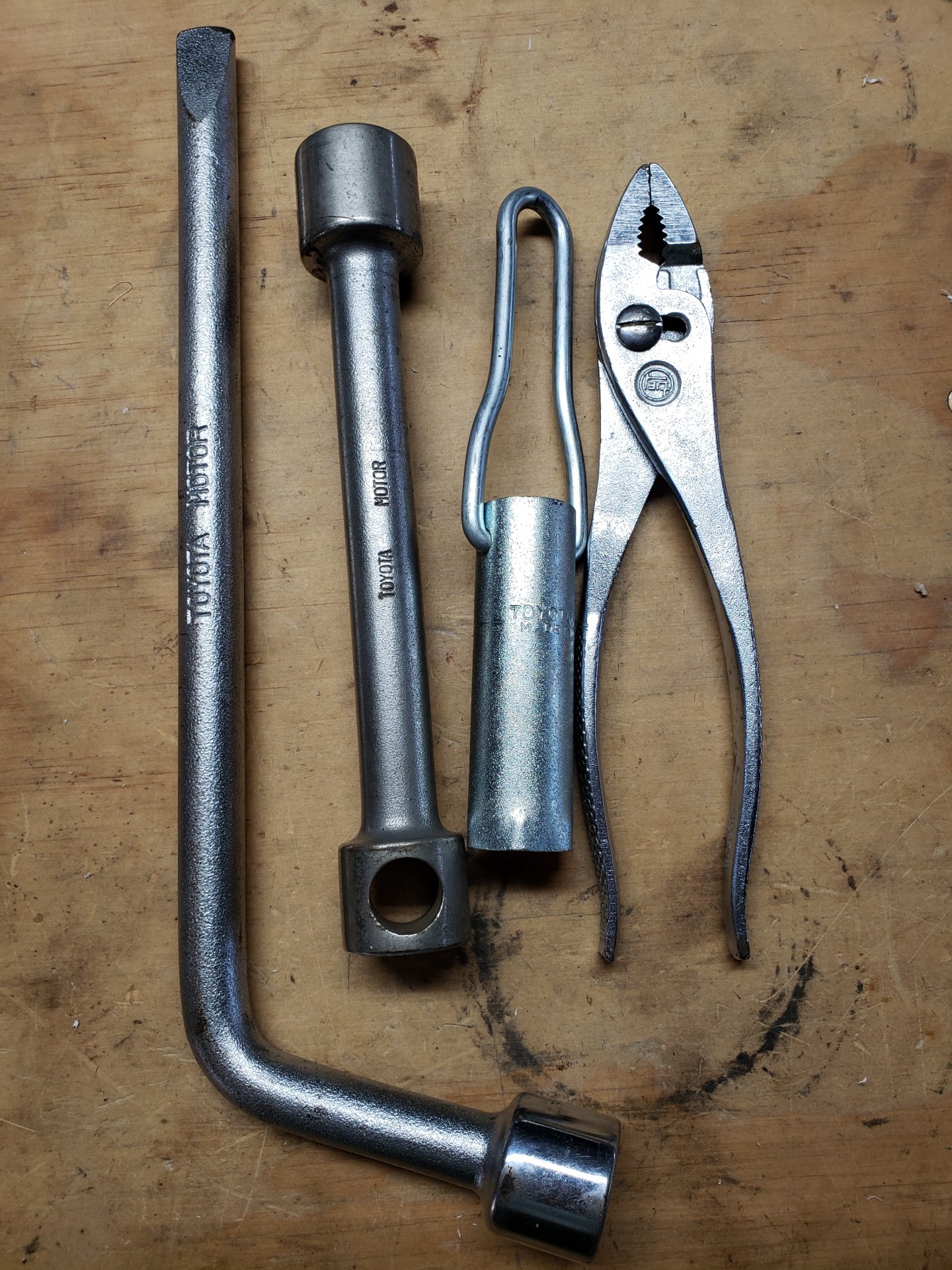 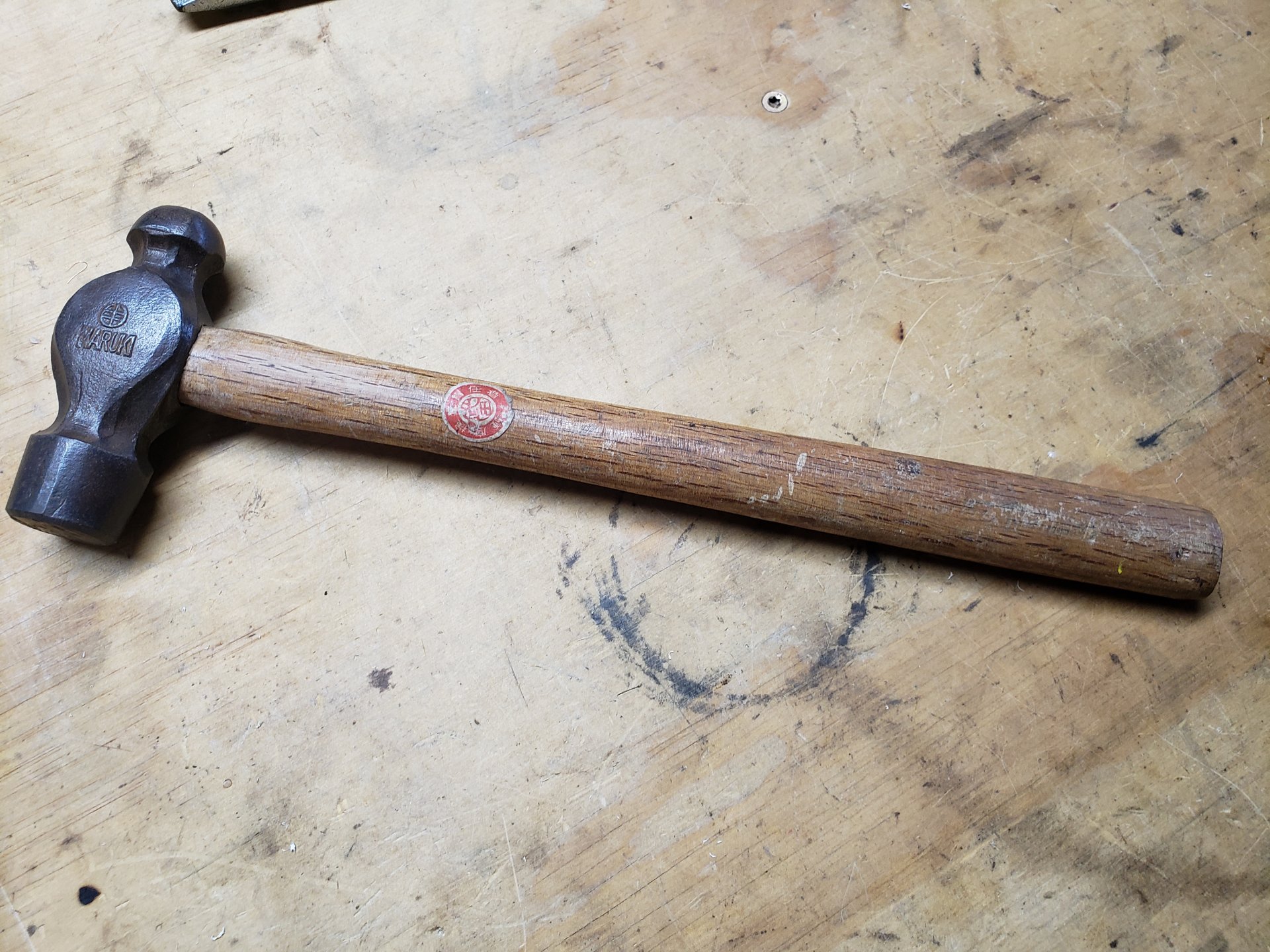 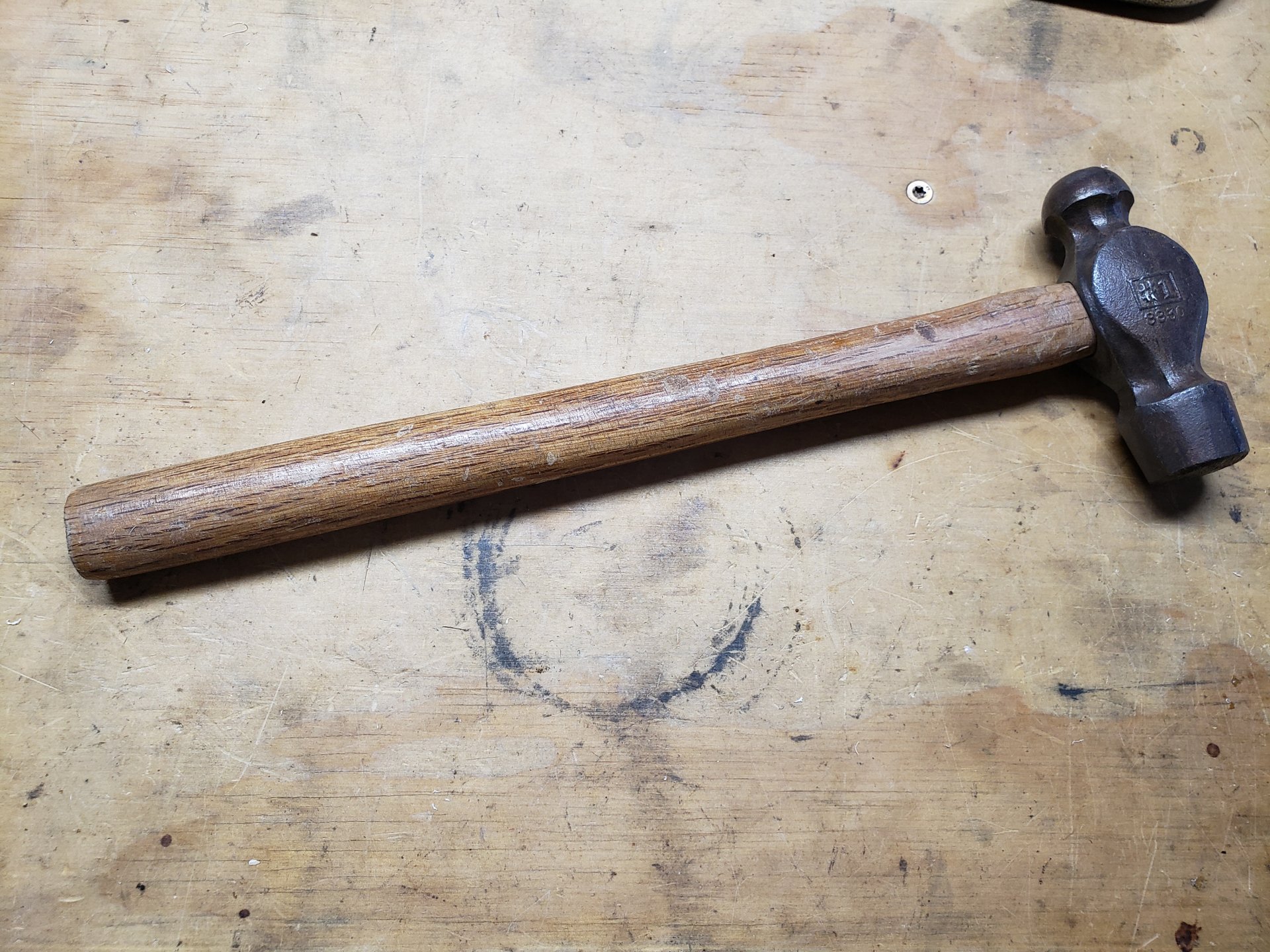 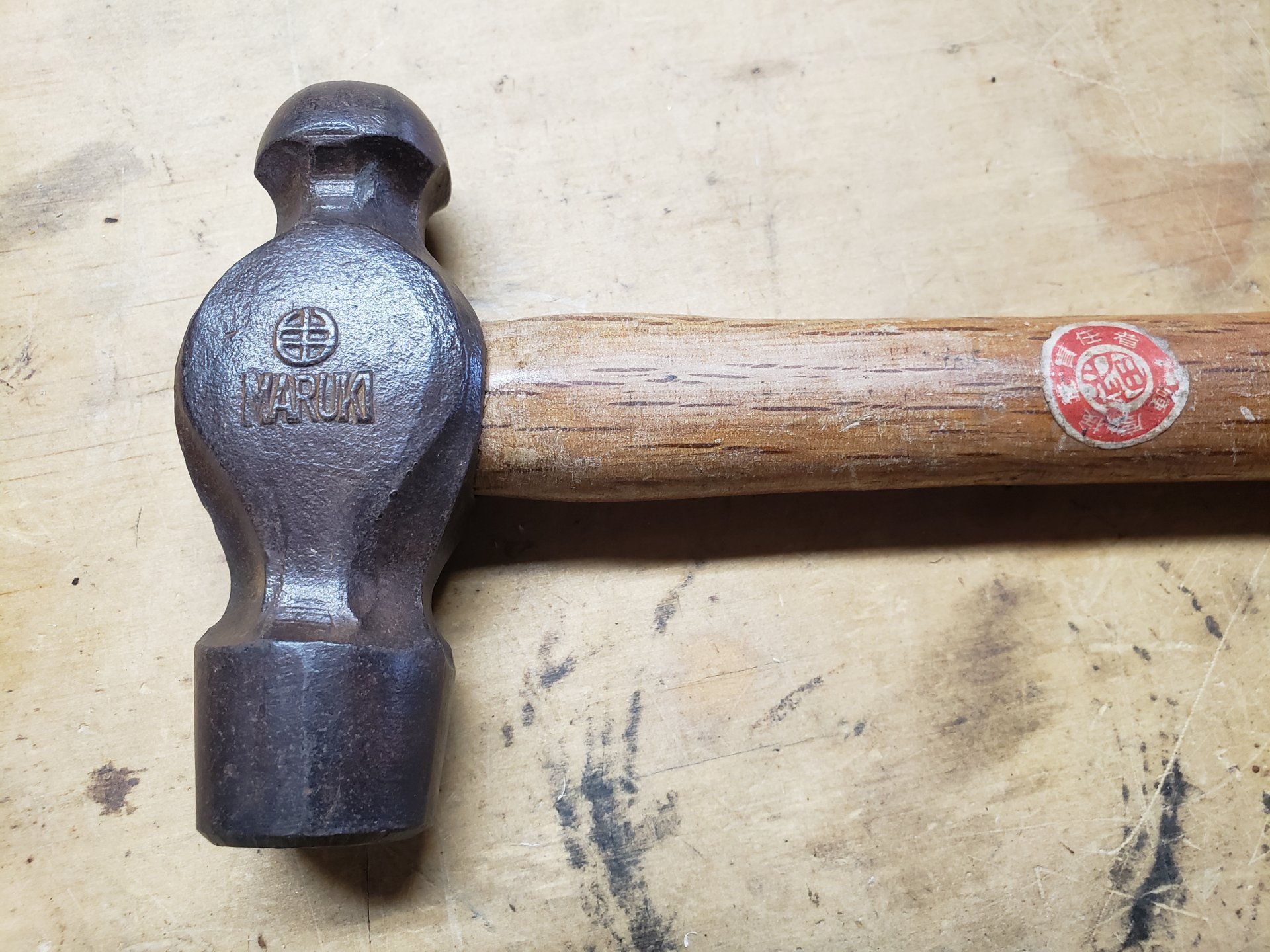 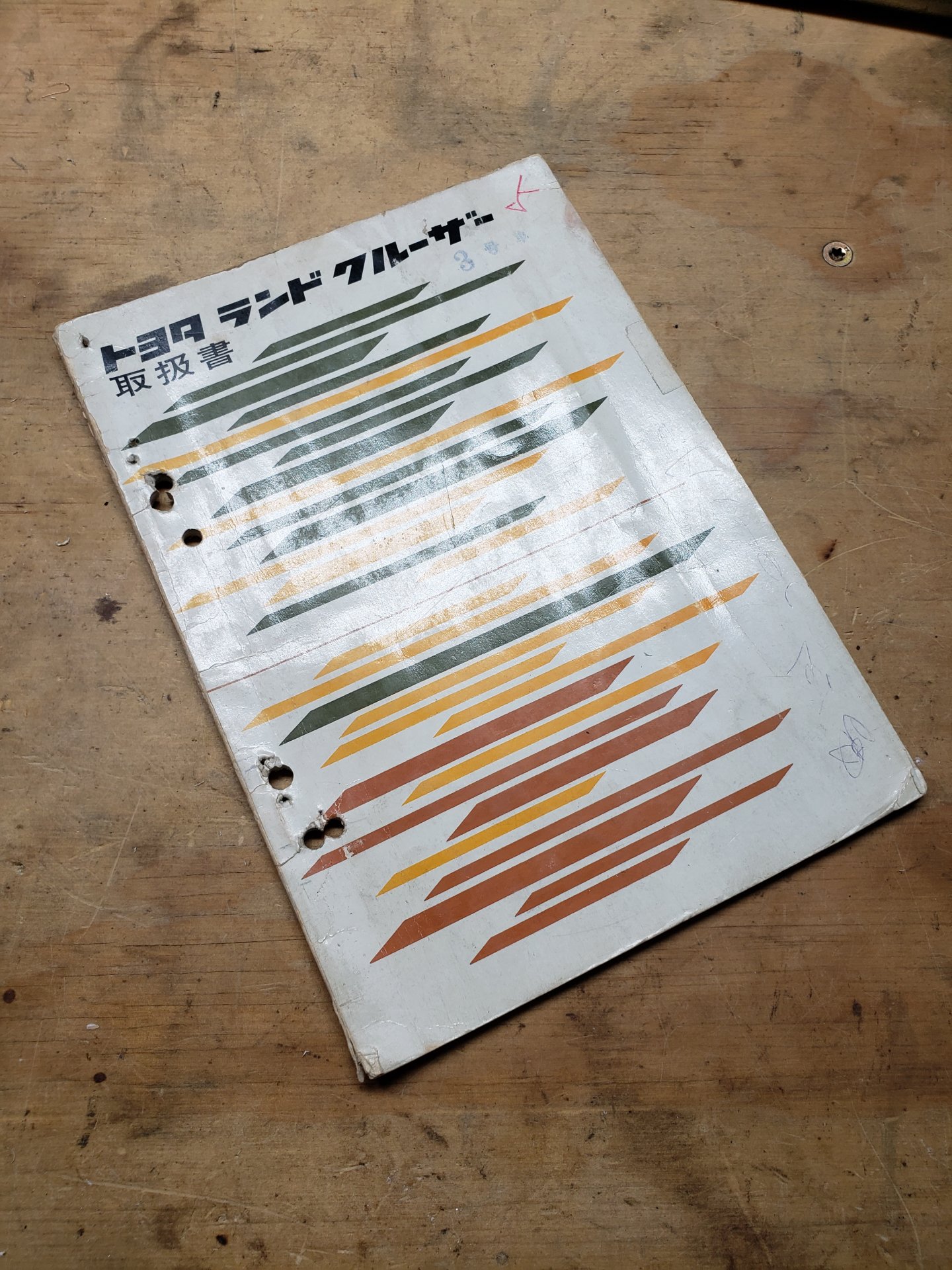 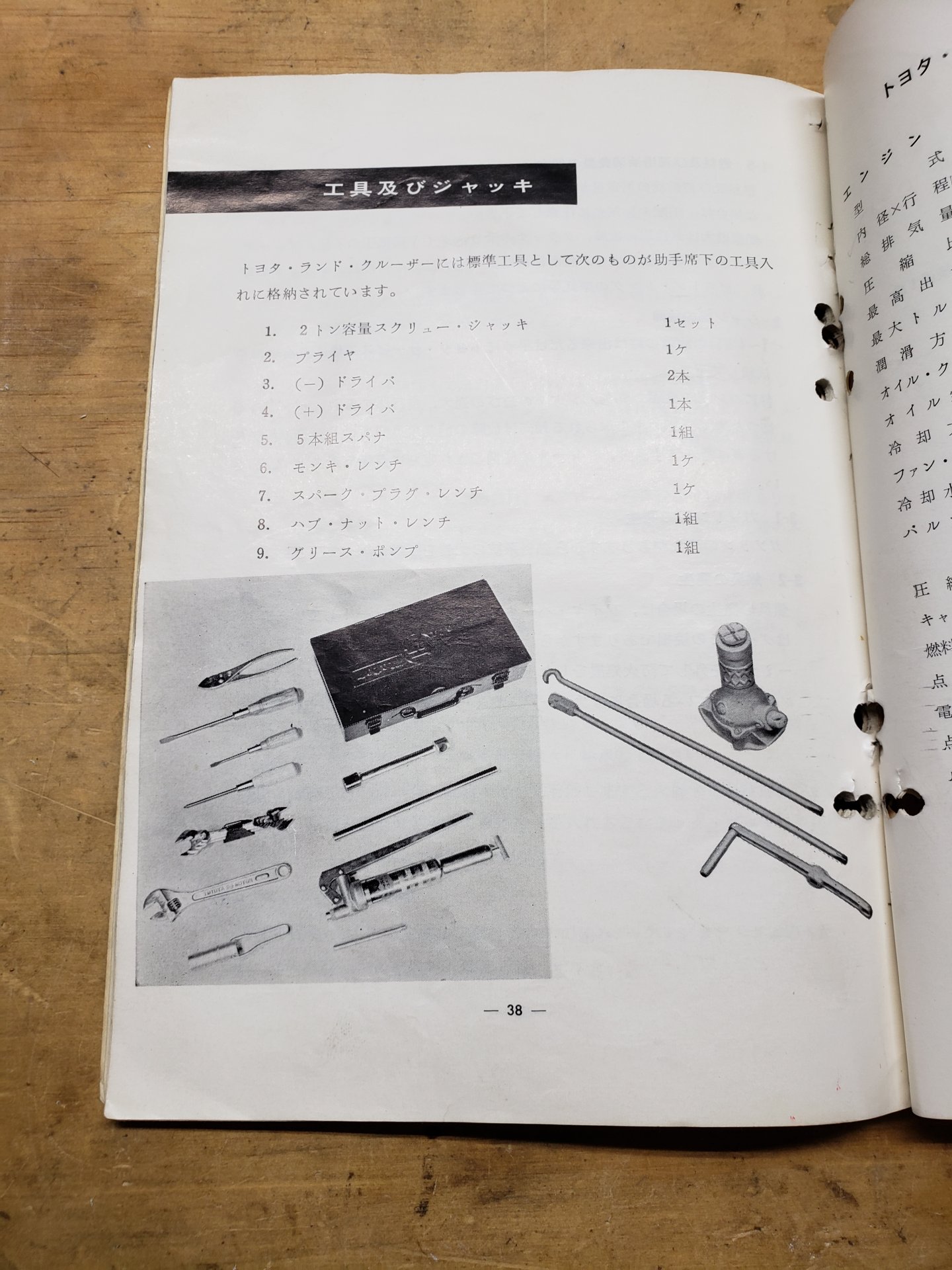 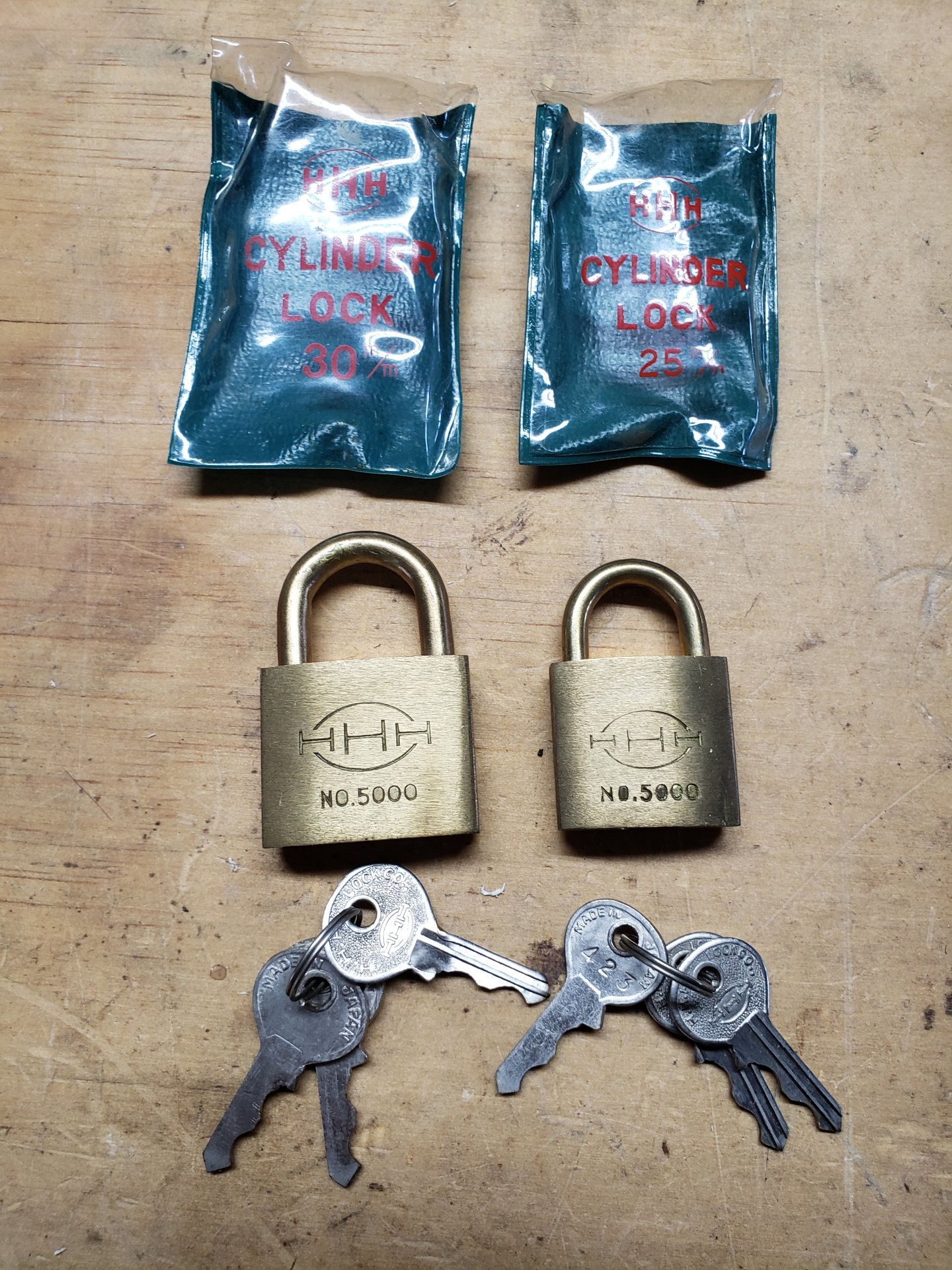 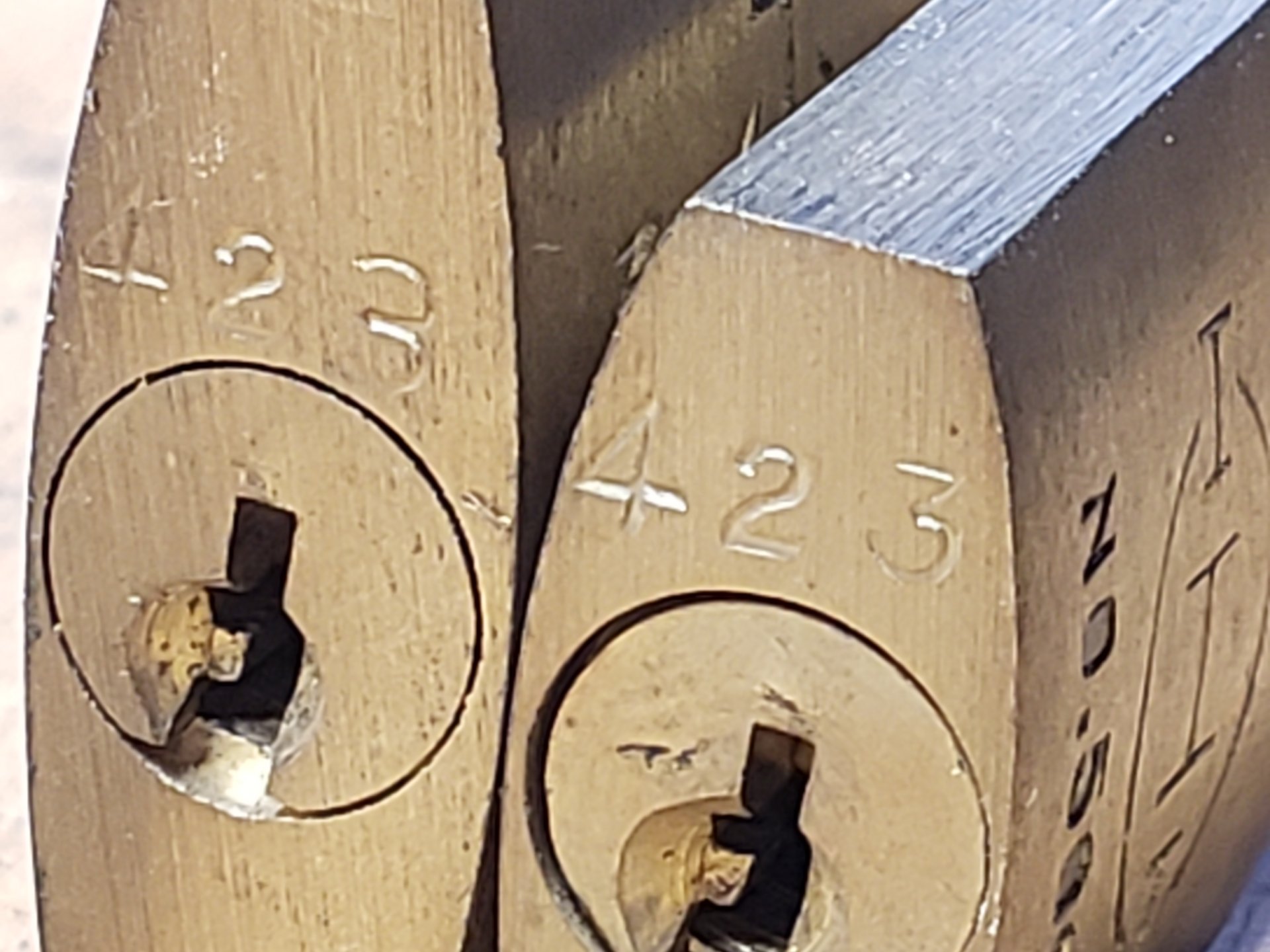 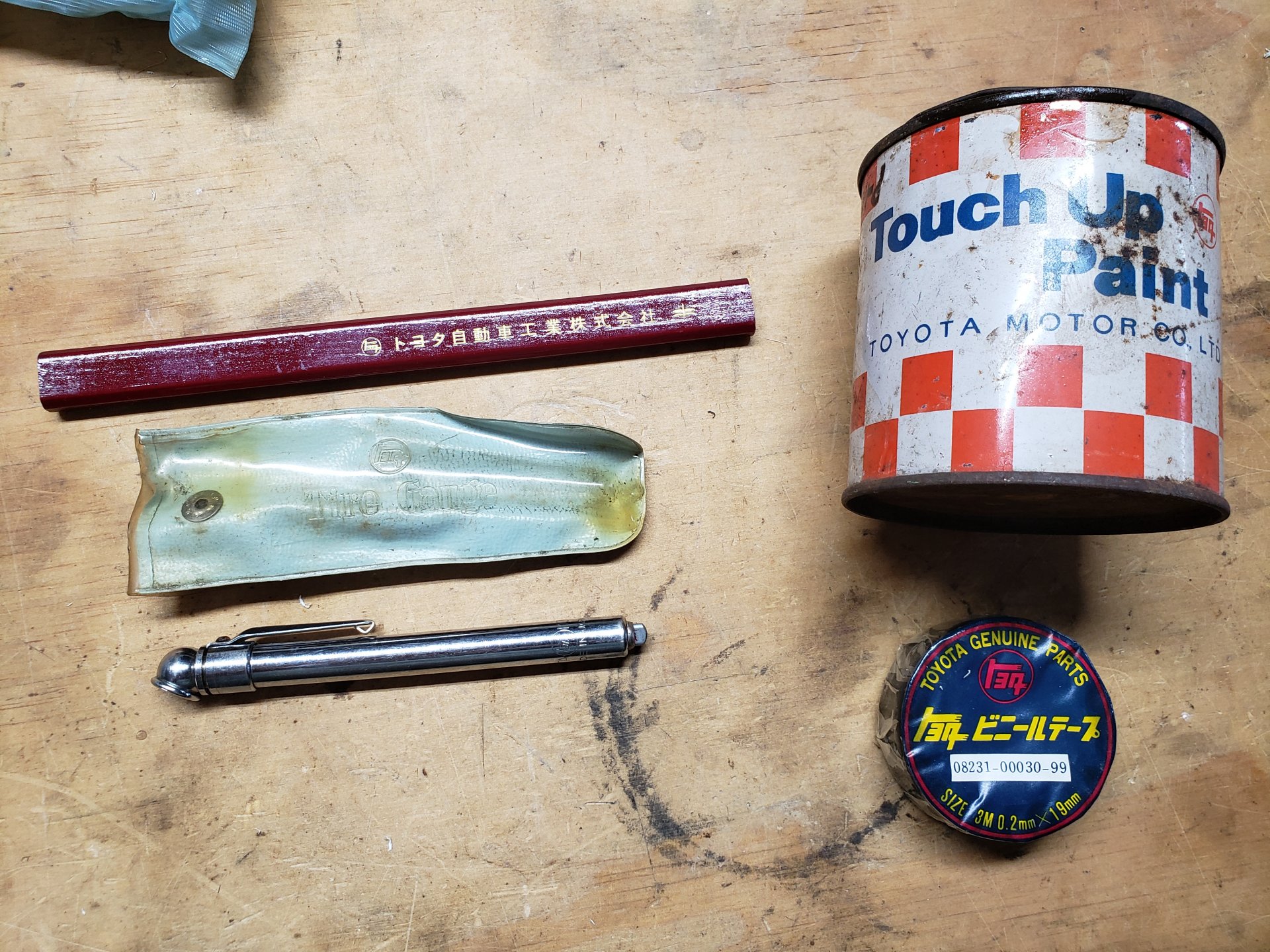 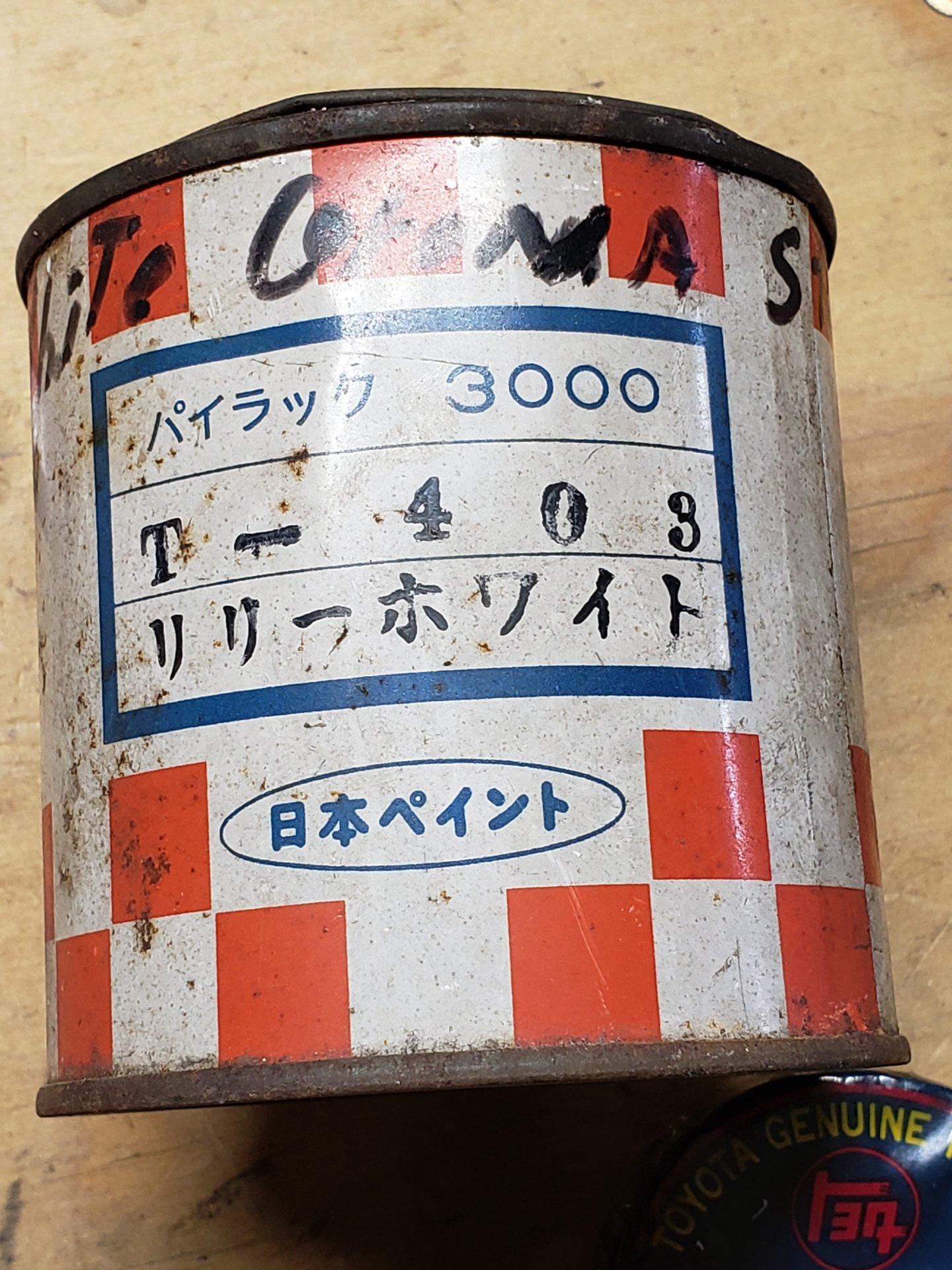 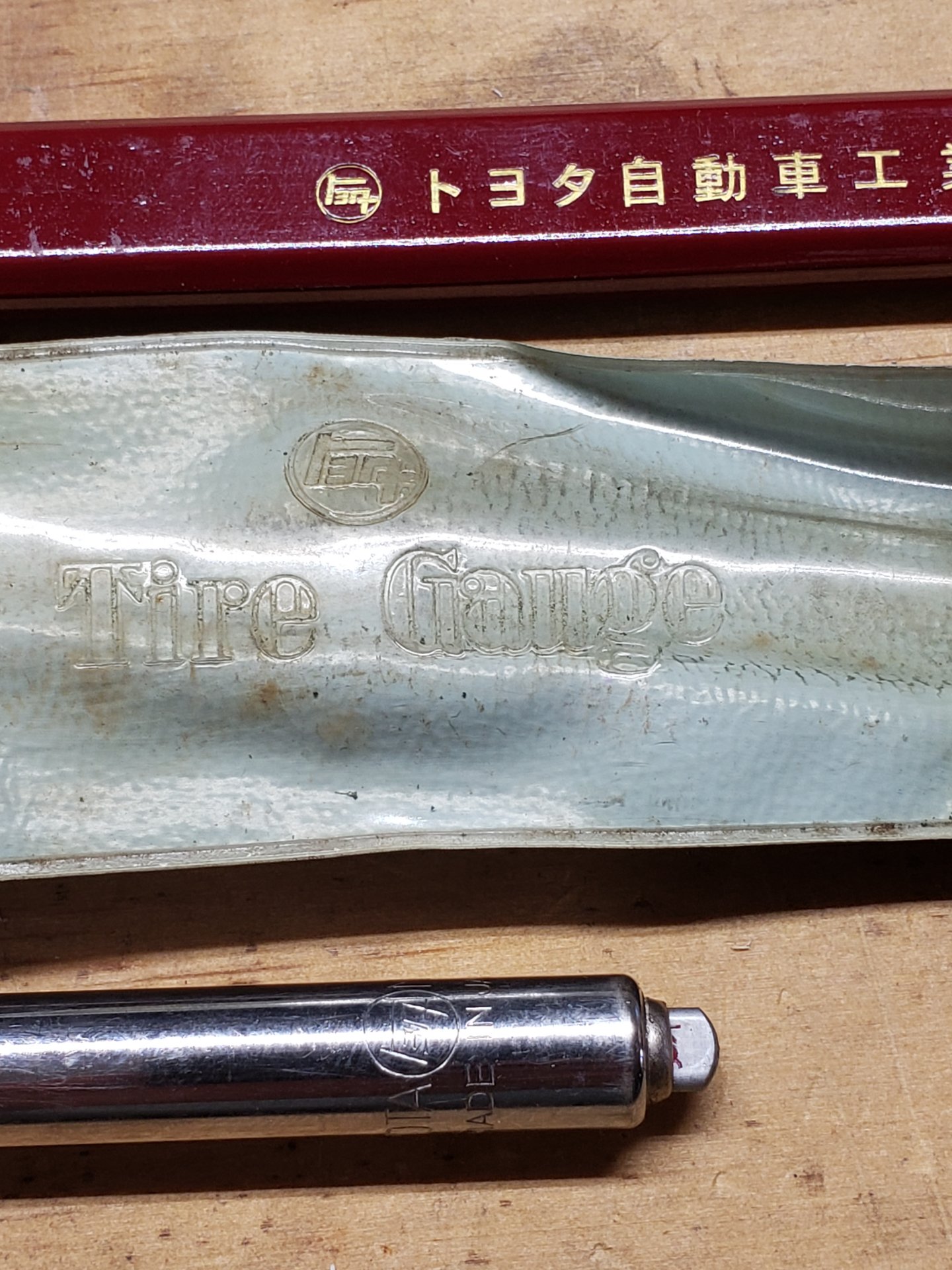 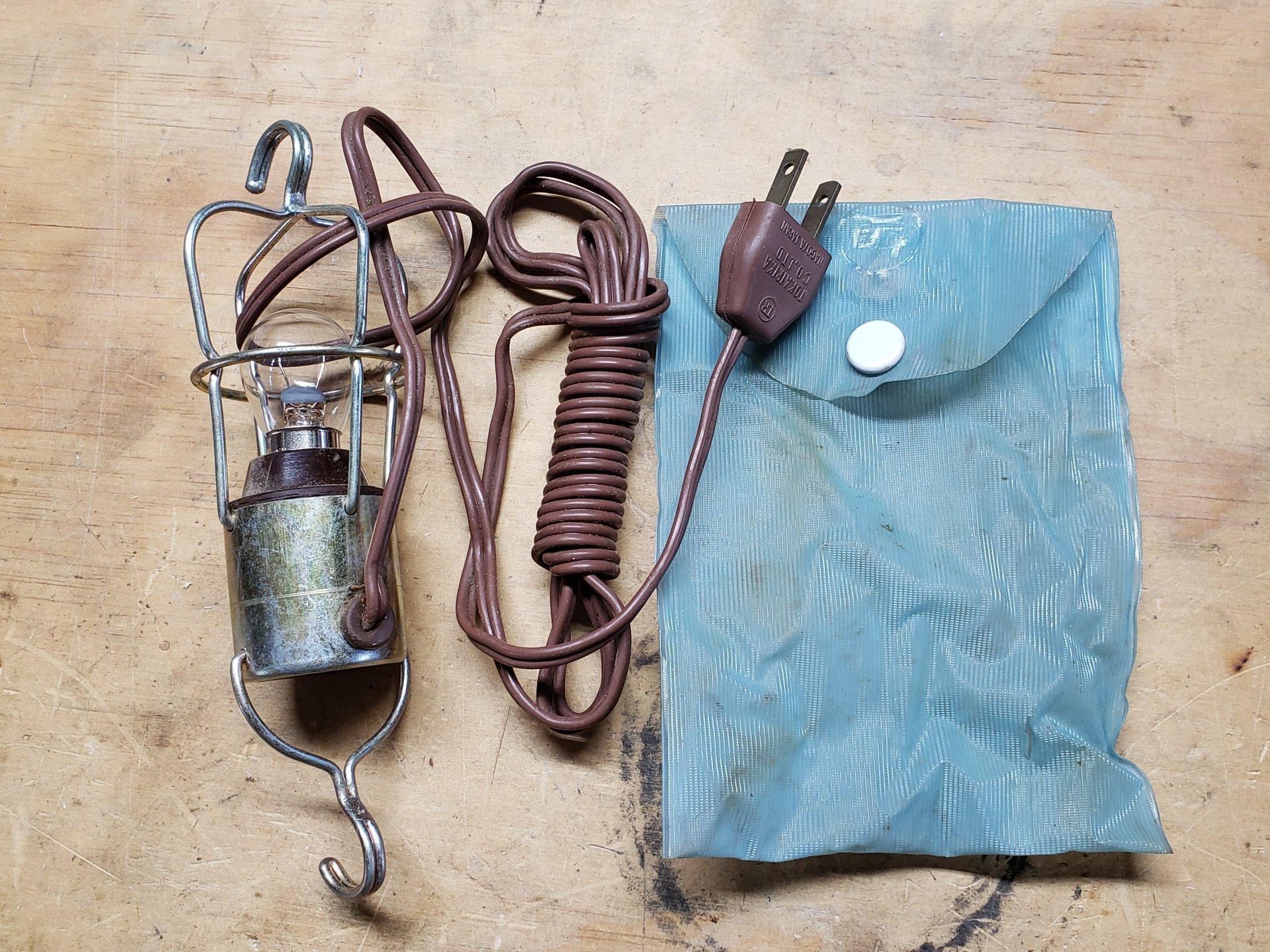 Last one, baring all. 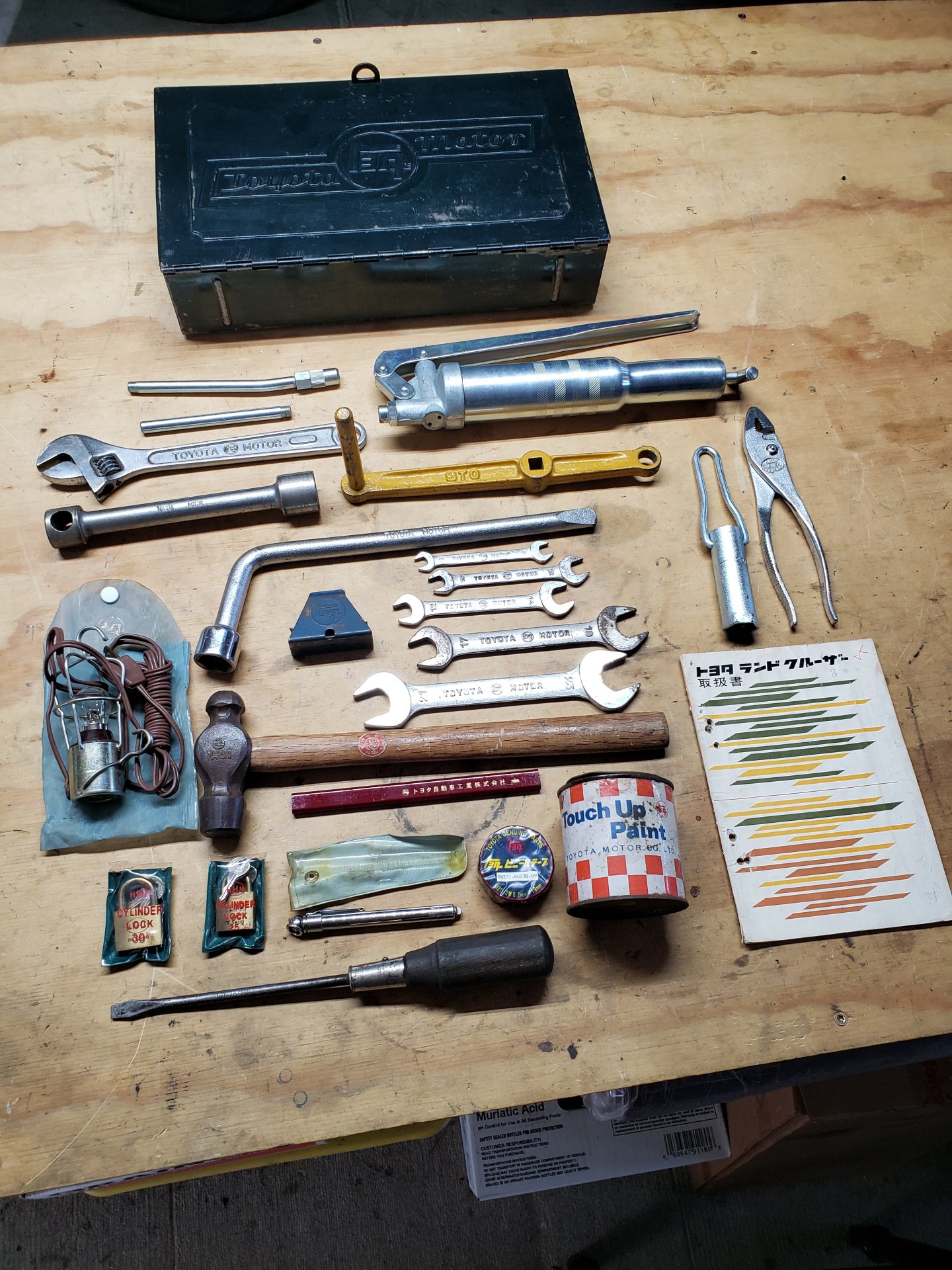 I'm bumping this back to the top just for the pictures. That hammer is the bomb!

Still available Gang. Will include a set of these for your other 40 :

Came across several more of these. 35mm Alpha 1000 locks were available accessories to lock the tool box lid in pre-'73 FJ40s or the spare tire carrier. Alpha locks superseded the impossible to find HHH 5000 locks that were available for the earliest of Land Cruisers. Super nice NOS locks...

And if you would like to buy this also:

Continuing to sell off a few things. This is one of the more rare sets in the collection. The Kyoto Tool Company (KTC) produced tools for Toyota which weren't included in vehicle tool kits. This T1300 box wrench set is an example, likely manufactured in the 60s, quite possibly the 50s. My...

Dropping the price $250 for the tool box and wrench set. $1550 for both, which includes shipping to the lower 48. Still including the ALPHA locks as well.