hi guys,im about to start a rebuild on my old mid 60,s fj 40,i have a bj 42 parts car,its rusted out beyond repair so im using the diffs on my fj to upgrade to later diffs and get disc front.
at the same time.

anyways my question is how does one use the brake booster and master cylinder of the bj 42 on the mid 60s fj 40 and whats involved in the swap,any tips greatly appreciated

I understand the mid 60's will have 9mm fittings on the brake lines, and the newer stuff will have 10mm fittings. The mid 60's will also have a vertical rib that runs next to the master cyl, which you will have to deal with in order to install a booster. You can either cut the rib, or get a spacer. 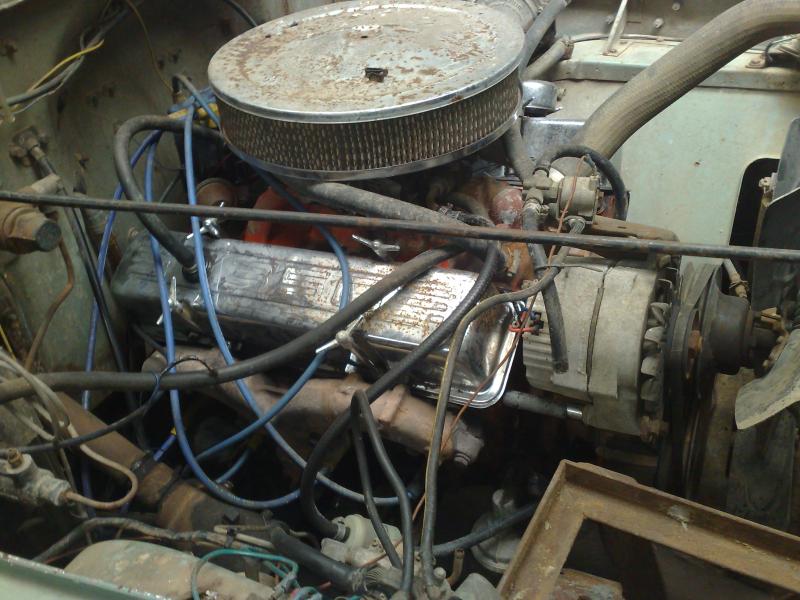 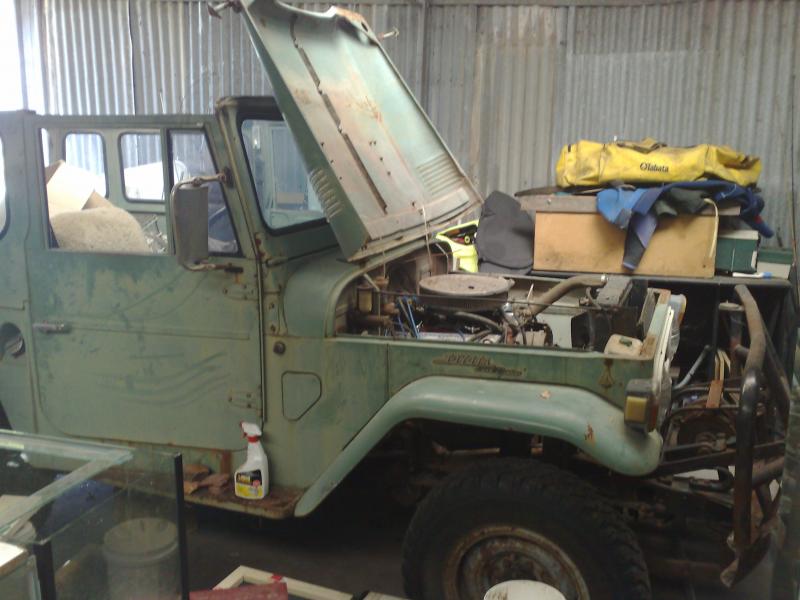 The V8 makes it easy to use the spacer for the booster. With the F/2F you have to worry about the master hitting the carb.

"Richardsc," your '40 appears to be a RHD model, no? Where are you located?

All of the brake components on the BJ42 are upgrades to the 1960s-era parts you have currently! I'd swap both axle assemblies from the BJ42 into the FJ40, as well as the full brake lines, booster, master cylinder, and so on.

Yes, some fiddling will be required to make things fit/work but it will be worth it!

Good luck, and post more pics of you project!

I would go as far as taking the newer master cylinder with the boster + spacer and the axles. the brake lines would probably be nearly impossible to remove from the truck if the truck is rusted out as you say it is. Instead I would make my own steel brake tube lines if you have the tools or capability. remember, brake lines can easily reach 6000 psi on panic stops so do a good job or assign this task to a certified mechanic when in doubt.

thanks guys,yes thats the plan,swap both diff assembly over and all the brake lines ect,the bj 42 is rusted out body wise,which is a shame as with the power steering,its nice to drive,oh im in australia,hence the right hand drive,i kind of have 3 cruiser projects on the go,but the green shorty was the first one i got,but along the way parts shopping i ended up buying a 76 hj45 ute with 350 chev and turbo 400 then a hj60

I'd graft the firewall section off the 42, install the pedal swing arm assy, steering column and the p/s system as well.......

Looks as if that cruiser was on propane once, being a fuel cut solenoid and regulator are still intact........

yeah its on duel fuel,just not running on gas when i got it,its all there though,the gas carby is sitting on the passanger seat,propane is known as gas in australia by the way,what you guys call gas we call petrol,its common over here,propane that is,only scarce in remote areas and at 1 third to half the price of petrol and diesel i tend to mostly run on propane

so will i need to also swap pedal assemblys,at the moment its got the original 3 speed in it,clutch isnt working though,has no cap on clutch master cylinder and appears to be full of water,oh i found this shorty at the wreckers down the road,havnt done alot with it yet,just pulled roof off,been sitting round for a while because of the 45 ute i bought,but time to get stuck in to them both i guess i should put up a build thread,but this is all new to me so sussing my options,re converting to newer disc front end,i was thinking of using the bjs power steering in the ute and going 60 series power steering in the shorty

Assuming the layout of brake/clutch MC's for RHD 40 is a mirror image of LHD 40, you don't need to graft a firewall section, or swap pedal assemblies, etc. Just buy a booster adapter sold by several companies including Man-A-Fre to exend the booster mounting surface out beyond the firewall rib. Adapter #BB here:

I did that on my 72 and love it chevy brakes

thanks crushr,ill sus that out,ill have to search for a write up on this,im sure theres a few out there

how do the 3 speeds hold up behind a sb chev,i was thinking of going 4 speed,but i have a spare 60 series 5 speed so might go that way instead decisions decisions

From what I've heard the J30 three-speed transmission is marginal connected to a GM V-8. The H41/42 four-speeds seem to handle this engine fine; I'd guess that a H55F would as well.

thanks josies,thats what ive heard re the 3 speeds,so will consider my options,4 speed,5 or auto,4 speed will probably do,though i have a 5 speed from an 82 hj60 spare so that may get the nod
You must log in or register to reply here.