Took her for a spin yesterday afternoon, and found that when coming to a stop I had difficulty downshifting to 2nd and 1st. Even at a standstill I would attempt to shift up to 1st and it was as if the gear was not there. I found that if I jostled the stick far to the right and then back I could eventually engage 1st gear, but even then the gear opened up there was more resistance than I would have expected. 3rd, 4th, 5th and Reverse are all quite easy to engage.

Some research on cruiserfaq.com yielded the following:

"60 Series and up H4x/H55F transmissions use an aluminum shift tower instead of the earlier cast-iron ones. There is a pin in either side of the shift tower that provides the pivot point for fore-aft movement of the shifter. Over time, they can begin to rock in the softer aluminum of the tower. If left long enough, they will totally work their way loose and even fall into the transmission. When this happens, it will become almost impossible to shift into 1st gear, even with the vehicle at a standstill."

Though the quote refers specifically to 60 series Cruisers, is it possible I may be having this issue could come up with an '84 BJ42? Has anyone had this experience with the BJ42 5-speed tranny at any point? Someone had suggested it may have to do with the 1st/2nd synchro, but that would seem an odd issue to me when attempting to engage the clutch at a standstill.

Thanks in advance for your thoughts. 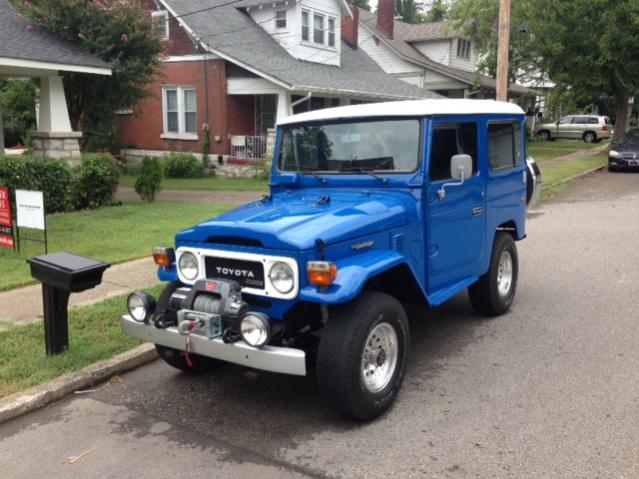 It could just be the shift bushing it is a nylon bushing that nests on the bottom of the shifter shaft they wear out and usually if really worn drop into the trans,it looks like a white plastic cup if you remove your shifter you will see it in the shifter tower it may be still attached loosely to the shifter ball.

Leaning out fuel mixture when driving into higher altitude