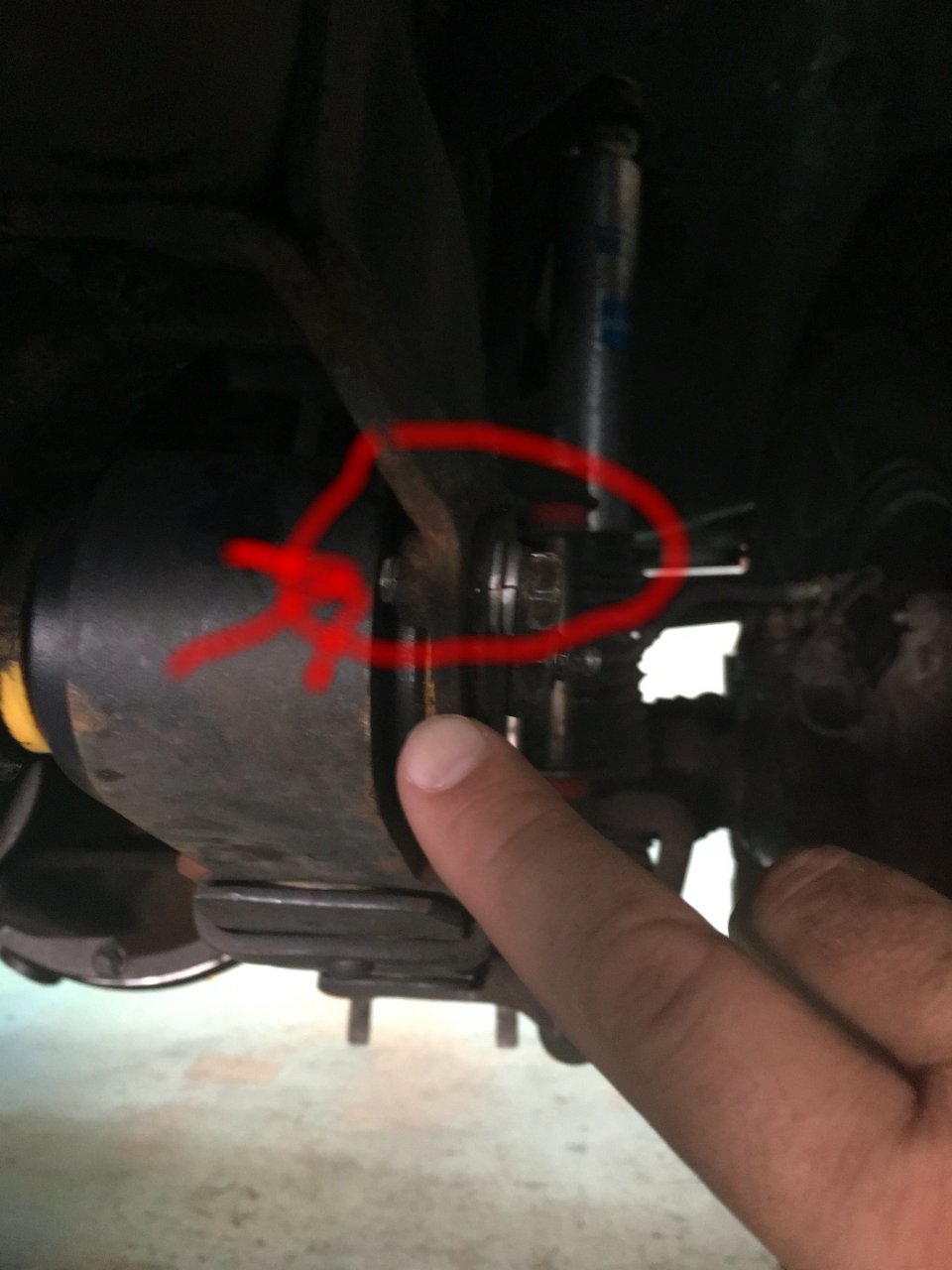 I wanted to share my experience in hopes nobody else has to spend uneeded money to resolve what turned out to be an easy fix to a really frustrating noise.
For over a year I've been chasing on/off a popping suspension noise from the front suspension. After having the noise still present, even after a full OME spring replacement, I was really pulling my hair out.
As usual once I identified the culprit I was doing the proverbial forehead smack. Read on...

In my case the keeper bolt for the leaf perch was protruding into the area of the military wrap eyelet on the rear of the passenger side spring. I actually found them root cause by mistake while preparing to replace bushings for the 2nd time.
When I backed out the little 12mm keeper bolt to start the process I noticed a clear rub mark on the very end of the bolt(like it was hit on the edge by a grinder wheel) ...and a subsequent rub on the military wrap. None was noticeable until I pulled the bolt out and inspected it. OMG...imagine my next words...ah ha..mystery solved.

So my exact symptom was while cornering or parking I would get a loud pop. The military wrap would shift every so slightly, engage the end of the frigin bolt and ' pop' past it. Boom the source of a pop that resonated thru the floor of my truck as if something was really wrong. Audible that even my Wife would always ask...what's that noise..I can feel it in my feet? Arghhh. Even old timer Toyota techs could not help me locate the source. Hence my replacement of the springs...trying to fix this issue.
Hopefully this post helps some folks rid themselves of this same annoying 'feature' and save themselves a ton of time and money, other than the cost of a few washers!
See attached Pic showing exactly what I'm describing, shorten the bolt to give the military wrap more lateral travel...problem solved!

Yup this post could have been shorter, but I guess I had a lot of pent up frustration to share with on this really annoying issue.
Last edited: Aug 14, 2016

nice find there. I'm going to have to take a look at mine.. been dealing with the usual OME pop clunk for a while. just did new spring bushings and it only helped a bit.

I have a similar clunking sound on mine when backing up with the wheels cut hard.
I noticed that I had a broken u-bolt on the DS.
It was very hard to notice if you weren't looking for it.
Waiting for new u-bolts now to see if it solves the noise.

I get the same thing but assumed it was from the thin strips of steel that I put between the leafs in the front springs, causing any shifting of the leafs to make a popping sound. I'll have to take a peak and see if the cause of my popping is the same as yours. Good find.

Even when the leaf doesn't hit that little bolt, the leafs can slide a tad inside the pack when turning hard, especially when wet... resulting in the infamous 60 steering clunk.

Glad this info might help a few of you guys. Frigin annoying as hell after putting so much time into my rig....ruined the whole drive with it popping all the time.

Op, I hear you on the leaf movement...comes with the territory. no mine moves, but they do it quietly...

Watch the 'ears' of the bushings when using (some) OME springs. The spring packs shift around on the metal collars inside of the spring eyes. This prematurely wears the bushing and then your spring will be hitting the shackle or the frame (fixed-end side) instead of the 'ear' of the bushing. I got the collars of my rear springs welded in place by a friend. See the following post for more detail.

45Kevin said:
I have a similar clunking sound on mine when backing up with the wheels cut hard.
I noticed that I had a broken u-bolt on the DS.
It was very hard to notice if you weren't looking for it.
Waiting for new u-bolts now to see if it solves the noise.
Click to expand...


So I dug into it a little tonight.
The inner PS u-bolt broke off at the plate, perhaps due to the force from the curling plate (see pic 1). It's from the beating that a truck with 29" tires goes through on the Rubicon I'm sure.
Once the u-bolt broke the spring and the axle started moving a little bit, as seen by the reamed out hole in pic 2. The 3rd pic is the DS side, the way the hole should look.

I'll put on the new u-bolts and see what happens. If worst comes to worst I'll have to replace the perch.

Pic 4 is the Little Sluice I think. 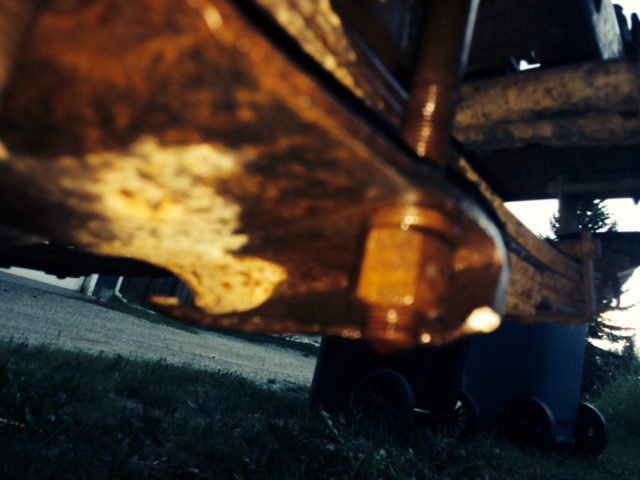 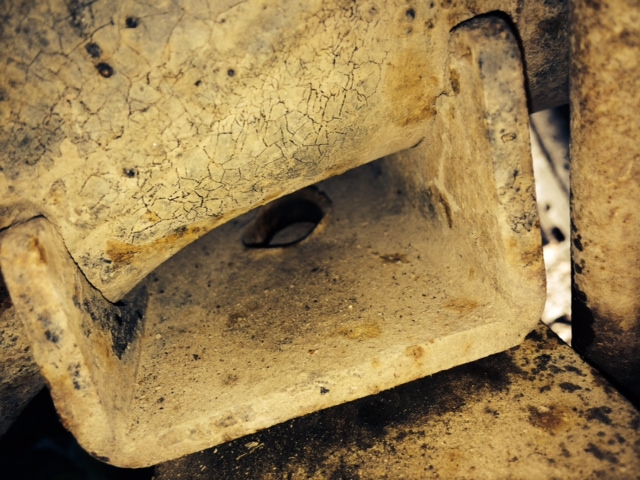 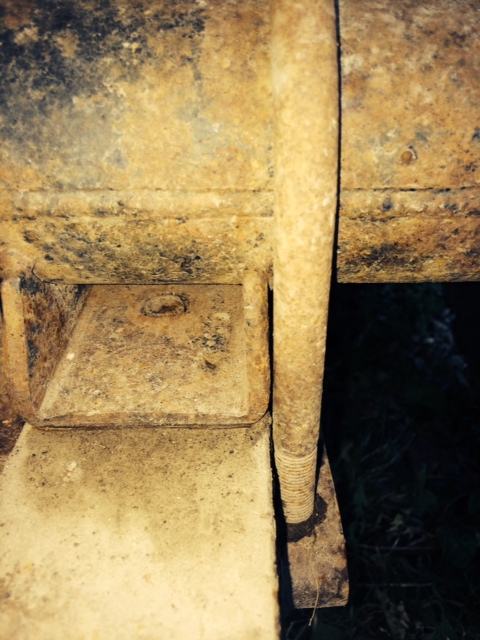 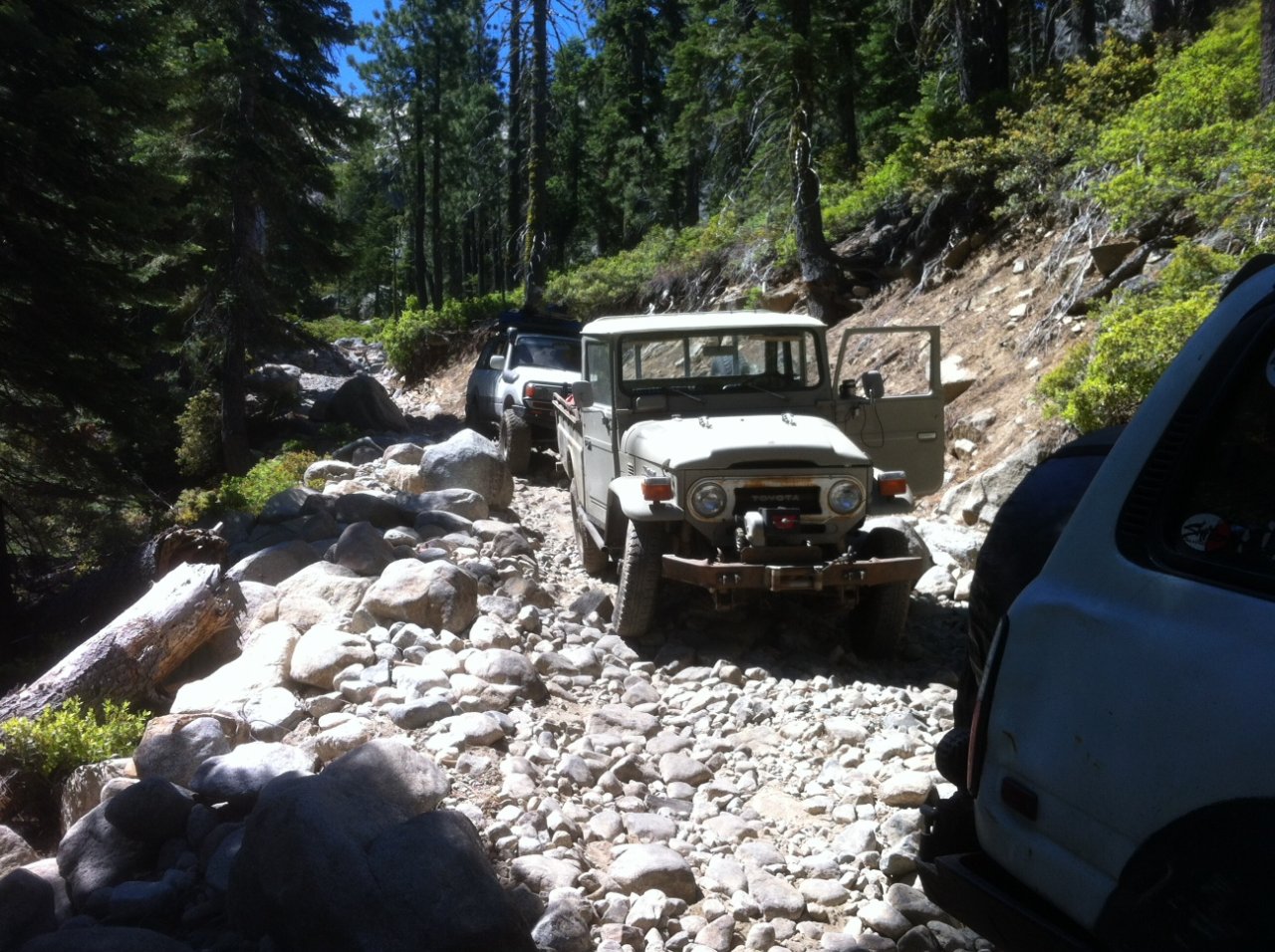 thanks! I think I have this same noise, going to check if its the same issue!

I have the same noise but my small bolt barely comes through. Nowhere near hitting. It doesn't do it all the time do I have learned to ignore it. There are no anti friction pads between the leaves as I've seen on other springs. I have OME Dakar springs

Bear Lake Cruiser said:
I have the same noise but my small bolt barely comes through. Nowhere near hitting. It doesn't do it all the time do I have learned to ignore it. There are no anti friction pads between the leaves as I've seen on other springs. I have OME Dakar springs
Click to expand...

Probably what you are hearing then is that the leaves have become somewhat loose. Enough so that when there is enough torque on them with a turn or whatnot that they slide and suddenly you get your POP/CLICK.
You must log in or register to reply here.
Share:
Facebook Twitter Reddit Pinterest Tumblr WhatsApp Email Link

C
When is it considered "too much" rust?

M
Fuel pump/relay not engaging when key is turned