For starters it was nice to finally start meeting interested club members and put faces to names, thanks to all who made our first meeting tonight. Just a quick recap of what was discussed at the meeting and things to think about for the next couple of weeks. John Kelly opened with introductions followed by those in attendance introducing themselves. Ideas about club formation and organization were discussed as well as possible activities, events and community involvement. Tiffany Cranford is going to look into whats needed to open a club bank account and suggested our next meeting be held where we can eat. John Cranford will look into eateries that has meeting space and offered to tinker on a cool logo for the club and Cody knows some sources there also. It was decided to have another meeting before we elect officers so we can have more member turnout and those interested can ponder the idea of being an officer. Getting more member turnout was discussed and ideas given included business cards, flyers, craigslist posting, (maybe thrifty nickle) and Cody will talk to the service manager at Street Toyota. Harley suggested a wheeling trip in the near future and this may be a good way to get additional people on board for initial memberships (Hmm Harley want to head up a trail run?) Other activities to ponder in the next few months would be the 4th of July parade in Canyon, car shows on Saturdays, fund raising with t-shirts, stickers etc. to help with initial operating costs. John Kelly talked about getting a quick reference for roberts rules to help guide the meetings and initial member dues were discussed. Long term ideas included wheeling in Raton, Palo-Duro Canyon, Lone Star Land Cruiser Roundup at Katemcy Rocks, Post Texas wheeling (I believe Cody Broke Something there?)and establishing the club as a class act group of Toyota 4 wheelers reperesenting the Texas Panhandle and maybe even hosting our own 4x4 event someday here in the Panhandle with BBQ, live music, dancing, raffles hardcore wheeling, camping and just hanging out. Looking forward to our next meeting and our first trail run. Thanks John
TLCA: Chapters and clubs
TLCA: Events
BlueRibbon Coalition: Protecting your recreational access to public lands.
Also Perry Lowery posted the following 2 messages to pass on:
Hey guys, my name is Perry Lowery and In case you missed my previous post, I am the Central / Mountain rep for TLCA.
Give me shout or drop me a line and I will help with any organizational questions you have.
Perry
plowery42@yahoo.com
214-763-1463
Lone Star Landcruisers - DFW
TLCA
Any number is good to start with. Stay focused on the people that participate. The basic "rule" is anything that toyota build with a transfercase...let that be as grey as you want. Make flyers for everyone to hand out / put on windshields. We use meeting / mud club page to keep up and post events.
Look for a 4th of July parade that is visible and get everyone together to drive in it. Basically, if someone wantsto do a trail run / poker run / event, let them post up and everyone join in. Later you can have an activiity chariman.
TLCA is a great resource and the anchor of the Toyota 4wd movement. I would encourage meembership, great magazine and more benefits coming everyday.
Feel free to give me a call.
Perry
214-763-1463 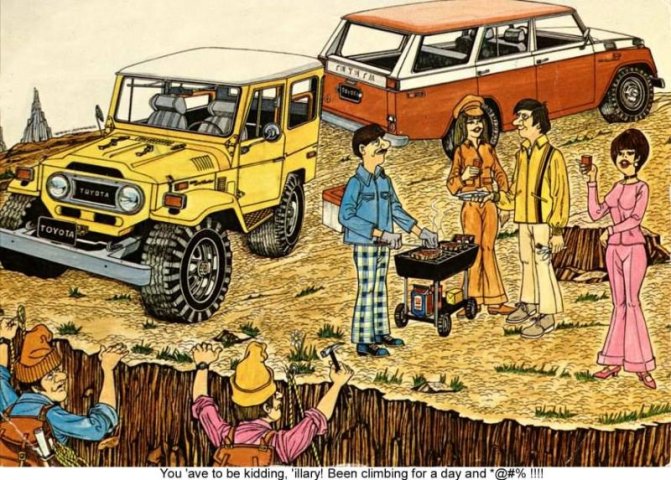 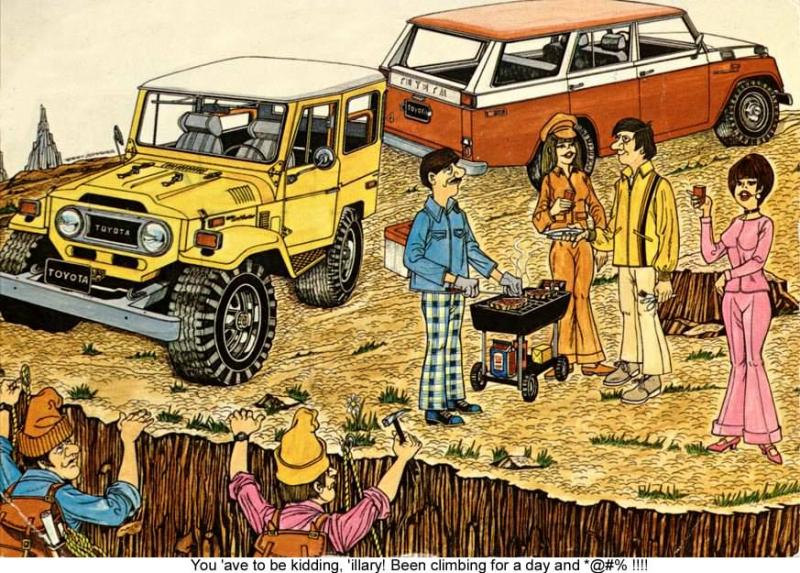 I say 4th of July Parade and then to the river for a cook out and wheeling and explosives.

I think quartknee has the right idea, I should have most buttoned up by then and ready to break something . And to everyone at the meeting yesterday, THANKS this is going to start moving really fast and soon !! I will have a hand full of info tomorrow for everyone, aswell as Tiffany . There will be more to come in the future and we are excited to help .. And lets do this ..

4th of July Parade sounds like a good Idea, I should have my tub back on by then (hopefully) if not im walking, there is also a car show after the parade at the WTAMU events center that was pretty good last year and Canyon has fireworks plus fair on the square tons of events and vendors, food
"We're surrounded. That simplifies the problem!"

Any thoughts yet on our next getogether/meeting, we still thinking about eating someplace and anyone find a place
"We're surrounded. That simplifies the problem!"

Oh yeah , I am on it.. I went locally to the popular family resturants and got a ton of info ... Most resturants will reserve the room for free you just need to reserve them useually around two weeks prior to the meeting .. Most you pay by plate and useually have several different choices . Now the bigger places want a head count and a deposit, only to secure the room and to keep the kitchen from getting killed all at once ..The BBQ shops seemed to want the busisness more or seemed more willing to accomidate us with private meeting rooms, the best servers , 5 plate menus etc.. Some left it open menu and want to charge gratutityon partys of 8 or more , but all were willing to get us in and keep us happy.Keep in mind I dont have very good connections in the resturant industry, so if some of you do please work us out a deal .. And Have we got any flyers and brouchers etc..

Sonic?? Lots of parking, picnic tables for people to sit, food for people who want it, FREE....If it's the one on georgia I can drive the buggy there.

That sounds good to me , IF I can get my exhaust done I will take mine too !! We have the fj 80 and that counts , we can take it .. Anyhow lets push and plan on it , Lets say the first saturday or sunday on June !

Someone should go by Johns house and make sure he's not stuck on the toilet or something.

Not stuck in a toilet (sometimes seems like it though) been out of town on jobs plus had to rescue wife out of town in OK City, broke down at softball tournement, plus guard duty training getting ready for unit annual training just havent had time to breathe it seems like, try to hollar at yall later tonight or tommorow laters
"We're surrounded. That simplifies the problem!"

Im in ,this will light my fire and we can have both there!
J

captincruiser said:
Im in ,this will light my fire and we can have both there!
Click to expand...


does anyone know who we need to contact to enter our group in? i am sure we need a rough guess of how many trucks. Who all is in?

Im in , I will call the chamber of commerce and find out what needs to happen..

I am still intrested in getting a club together , I will hold the ropes and do the best I can but would certainly fell better w/ some help ! I think first we will need people with Toyotas , It was said as long as it has a t- case it will do .. Stock ,standard, modified, tubed , scratched , beginners to expert I would like to have them all !! I have always done trailruns and that is where I am comfe so that is where I will comit . I dont know much about crawling , suspension specifics tubing work etc, but someone outthere does . And we will need everyone from novice to little ond guys w/ insight and expertise and in between . Im not a computer guy but we will need one , also a logo /design and that is not my avenue either . Im certain if we need something and someone with some time and experence we can do this and make it work ! Let me know if you are intrested and we can go from there !!

Yea a group still would be nice and minimal to start is good, although I will need to get my FJ together, however limited time and resurce changes have slowed it down
"We're surrounded. That simplifies the problem!"


The American Republic will endure until the day Congress discovers that it can bribe the public with the public's money”​
You must log in or register to reply here.