Cleaning/removing debris from the inside of an 80 Series frame

I've got a 91 FJ-80 that has spent the better part of the last few years sitting in the woods resting after being 'totaled' in a collision. I bought it back from insurance for next to nothing, so I had written it off as a parts truck.

After spending a large amount of time working on the 94 FZJ that replaced it, I finally have the confidence required to attempt to resurrect the 91. In the time it spent outside, mice completely took over and I have spent a large amount of time removing the biohazard from the vehicle (hood liner, engine bay, cowl, interior completely gutted, headliner removed, etc, etc). The final area in need of cleaning is the frame. I have managed to remove a several pounds of debris, nuts and god knows what by elevating one end of the truck and blasting water down the frame. However, there is a large amount of gunk trapped in the middle section since the water doesn't quite pass over the axle humps and out the other end.

My next approach is going to be picking up a chimney sweep or something similar.

Anyone had to deal with this? All ideas are welcome.

Group shot below. I've got a handful of other questions about small issues I am running into with the restore, but I'll save those for another day.

I've only ever just used a long flat blade screwdriver to break up the crud and then shop-vac it out of there. Access is tricky, but if you keep at it, eventually you'll get it all out.

zapatius said:
You could jack the front end up to make the water flow faster through the frame and not pool
Click to expand...

This is what did, but i don't think I got the front end high enough. Considering calling in someone with a skid loader for a more extreme angle.

My first thought was the radial spray lines I've seen for spraying Fluid Film or Woolwax into frames and rockers.

A Google search led me to this "rotary spray ball" for "tank cleaning". Maybe those search terms will lead you to something useful. 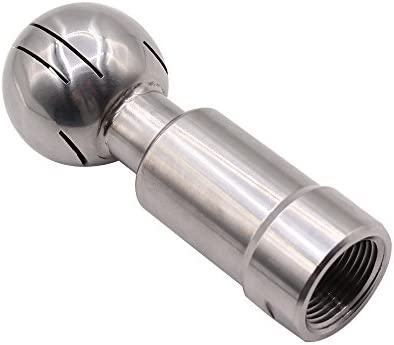 Aaaaand I just realized that your problem is probably floating the crud out rather than getting the water in. Oh well, I just woke up.

12bit said:
This is what did, but i don't think I got the front end high enough. Considering calling in someone with a skid loader for a more extreme angle.
Click to expand...

I did this on my 62. I got the front about 2 feet off the ground. Seemed to do the trick. Also aired down rear tires.

gummycarbs said:
Aaaaand I just realized that your problem is probably floating the crud out rather than getting the water in. Oh well, I just woke up.
Click to expand...

That product still seems like a good recommendation. There are several spots I would benefit from a different spray angle.

zapatius said:
I did this on my 62. I got the front about 2 feet off the ground. Seemed to do the trick. Also aired down rear tires.
Click to expand...

Airing down may be the ticket. The truck has 35s on it & I am embarrassed to say I didn't even consider that.

or even take the wheels off and put it on jack stands and jack it down so the brake disks are just off the ground?
this could get a bit sketchy but with some attention to detail should work.
You must log in or register to reply here.

One fuel injector is clogged from junk, are F E serviceable ?

Could you put the automatic up/down windows system from a Lexus RX300 into an FZJ80?