landcruiser3DP said:
OK. so hopefully some of this is helpful to someone. i've been learning low voltage on my motorcycle over the years but never really put anything to the test in terms of voltage drop (which i still need to learn to test) or any of this kind of more deliberate testing. anyway i wrote it up and will post it in case anyone is interested.
the long story short here is i originally went in to replace a $10 brass or bronze plunger with a spring on it which the internet seems to say is the cause of 80 series horns not working. but i have a 97 so when i took it apart i was confronted with the 96/97 clock spring.
i had replaced the fuse and i had tested the relay in the vehicle by hearing it click audibly. and also since the hazards were working and because they use the same relay as the horn it seemed to me and the guys at NAPA that it would not be the relay. also i cleaned the horn ground which seemed OK so i kind of moved past the relay and a $10 plunger seemed like the next cost sensible move.
then when i confronted the clock spring i just kind of moved into replacing the clock spring which definitely was an adventure in itself. documented here in all its glory.
anyway if you have this problem i finally replaced the relay by ordering a NAPA relay. i'll post a part number but it is $20 compared to over $80 for the toyota one.
a couple other notes are rhat my relay seems to have failed in a weird way that may be related to the coil in it. basically from what i can tell if you remove the relay for a period of time or disconnect the battery the horn will work for some period of time only to start to "not kind of work". what is additionally confusing is the 96/97 steering wheel (at least) has four sets of contacts. so when it is "not kind of working" it is not working in a way that appears to depend on which way you push the airbag - making it seem in a way like the problem is in the wheel.
i took apart the relay after getting a new one in to have a look and it looks about as clean as you could hope to see.

here is the NAPA substitute relay. 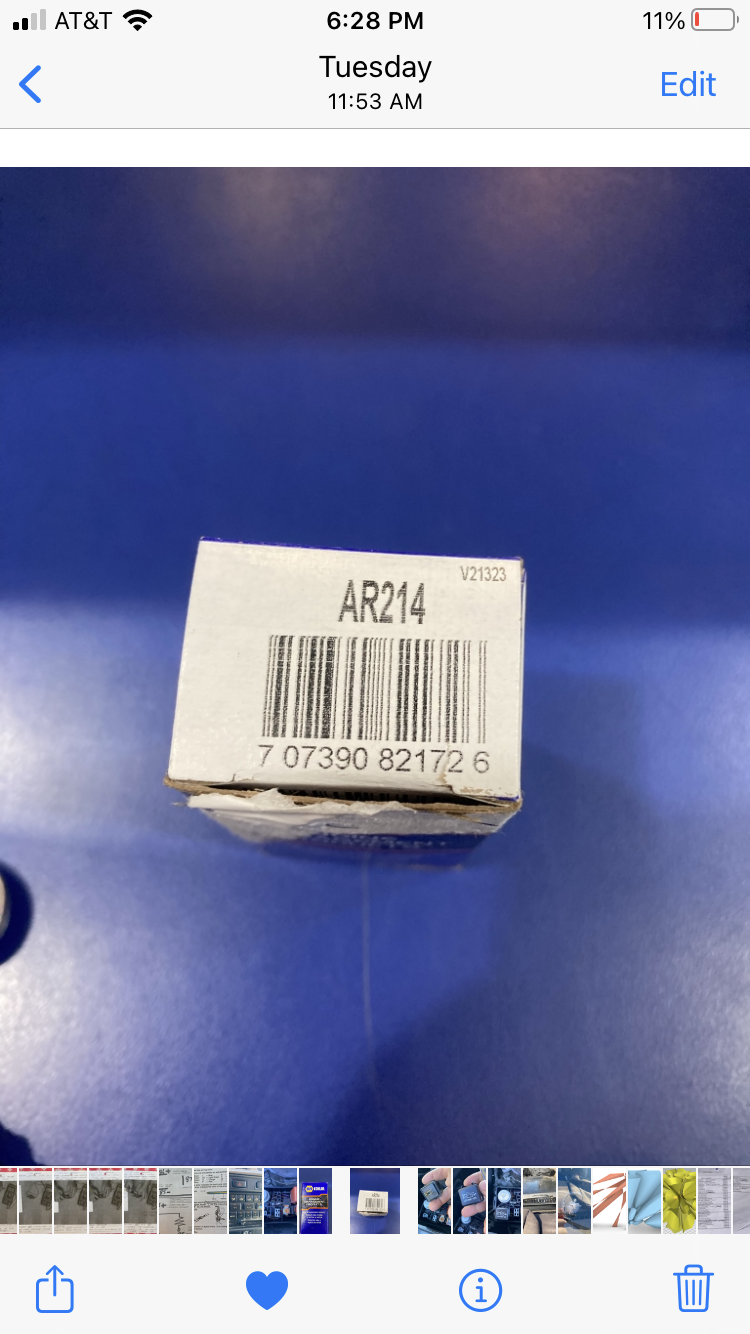 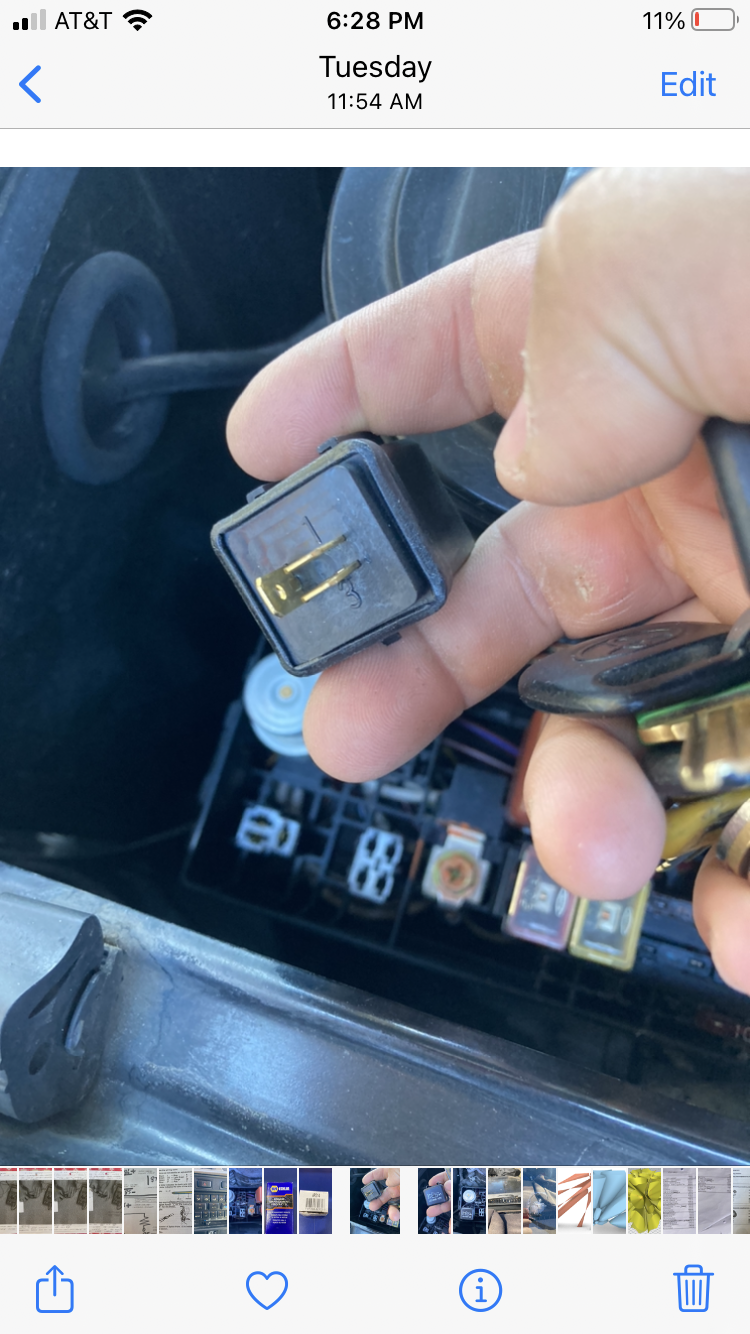 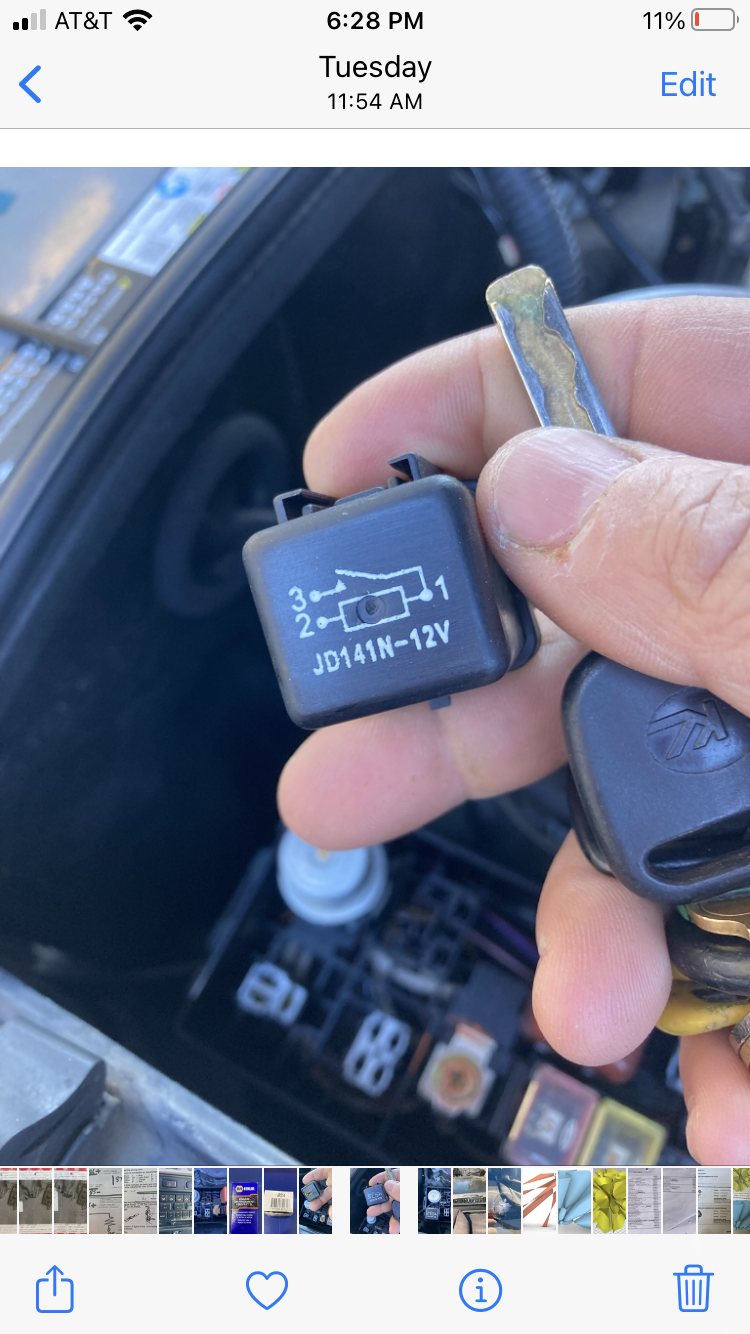 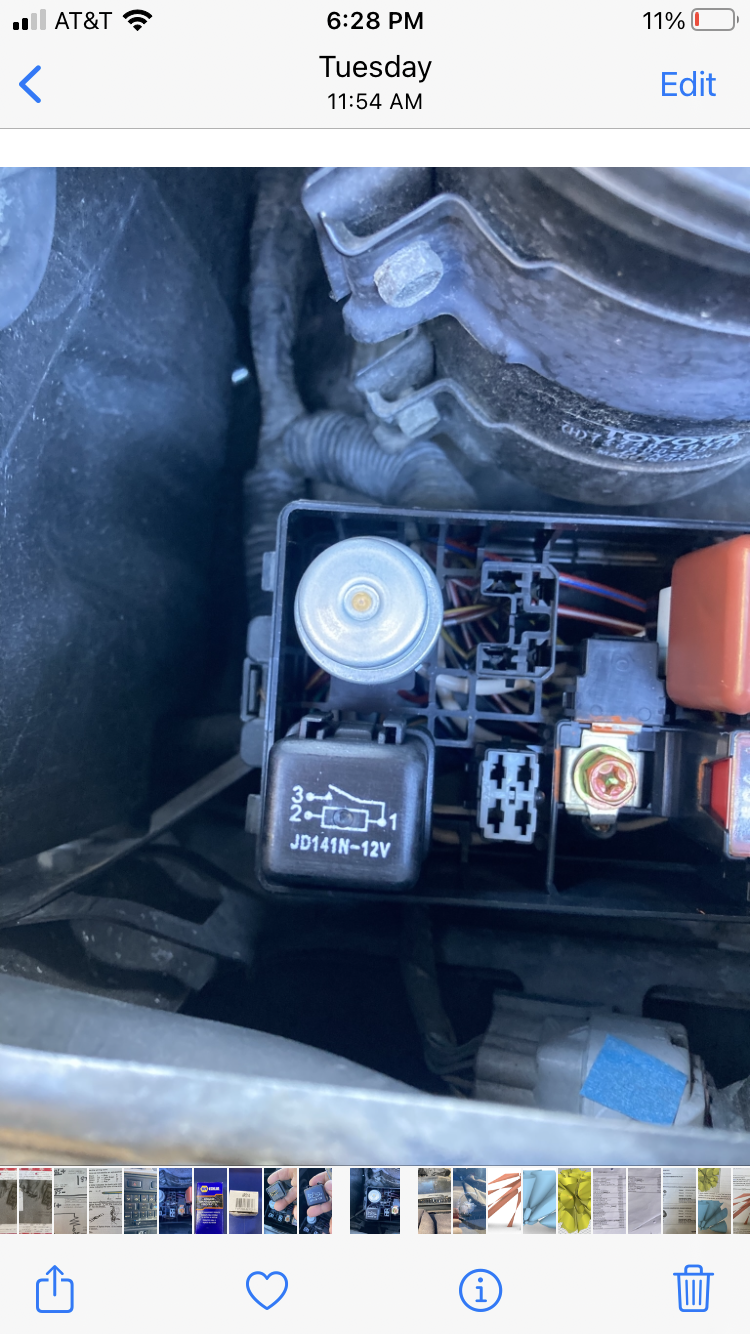 Yesterday at 7:43 AM
cruisinparaguay
C