I've got this up for sale now. Located in Northwest Arkansas, and am asking $17500 or trade for something. Could use a truck, and I like unique vehicles. I still miss my cummins powered k2500 suburban, so something like that would be great, or even a diesel van?
Also, if you're selling a H1, lets talk.

I'm on iPad, so hard to type all details, but here is my Craigslist ad:


And here is a small build thread (many more individual threads on there as well). Last page has tons of recent pics! 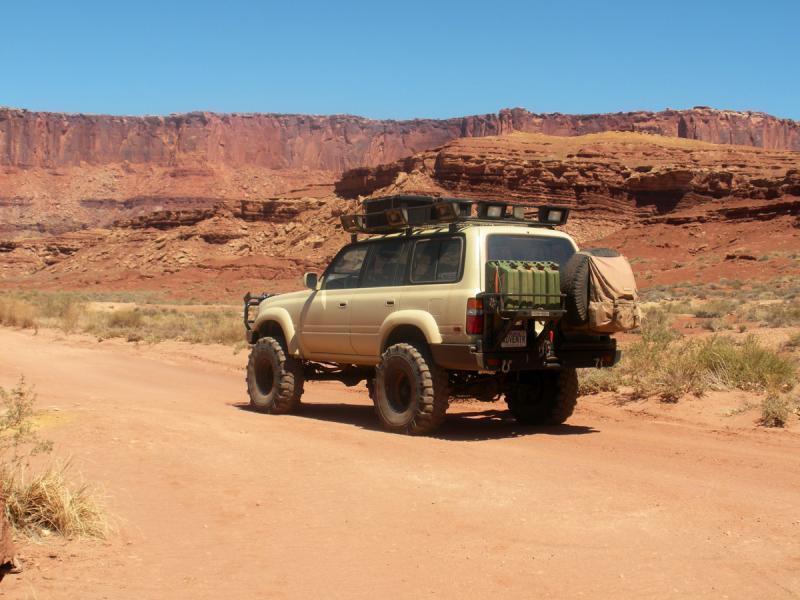 Location
Gotha, Florida (near the dog)

Thanks! If anyone wants to discuss more details, feel free to call/text. So far, I've had a lot of interest!

Had a text asking for mileage. Forgot to list that!


Just looked, and it currently has 217k on it, and counting. Knowing this rig, it doesn't bother me a bit, but to some it might matter. I can tell you though, that if you didn't know the mileage and you had the thing looked over, you'd never be able to guess it. 1FZ was designed to go 450k (IIRC) before needing a rebuild, and that's probably with a lot less love/maintenance than this cruiser has had.

Here is a small list of things that have been done (off the top of my head):

2x New OEM Toyota o2 Sensors - Relocated to the manifolds to keep them up out of the dirt/debris
New OEM Distributor O-Ring
New OEM Oil Pump O-Ring
New OEM Crank Seal
PHH
New OEM Pinion Seals
New OEM T-Case Bearings/Seals when Part-Time was done
Of course all new OEM Belts/Hoses/T-Stat/Flush..ect
New OEM Wheel Bearings up front
Comes with 2x New OEM U-Joints - for if/when they are ever needed
Comes with a bunch of various OEM Gaskets/Seals/Kits that I've purchased for future PM
All oil changes/services done at local Toyota Dealership every 5k miles or less
Had oil sample checked by Blackstone Labs last year, came back clean, saying that I could run the same oil ANOTHER 5k if I wanted.


One thing to note, the Part-Time 4wd Conversion disables the ABS! Personally, I like it that way, but again, some may not.
No check engine lights or anything like that on. Starts up good, no smoke/haze/hesitations/ect. Engine is VERY QUIET when running, and has a good amount of power. Throttle response is instant.
Last edited: May 13, 2013

Also, maybe I'm crazy, but I'd also trade for the right:

Forgot to mention that the cruiser got a new OEM Toyota waterpump installed before the Moab trip. The original one wasn't bad, just had the tiniest bit of play to it, so it was replaced.

Sent from my iPad using IH8MUD
A

What gearing do the differentials have?

Hmmm, not sure. When it left me, it went to a guy in Washington state.

Whoever created that ebay listing definitely has a few things incorrect. Kilby onboard air.... LOL

Just noticed that it still has my license plate on it!!

tim.korn.99 said:
Just noticed that it still has my license plate on it!!

Sent from my iPad using IH8MUD
Click to expand...

That's what I was looking at. Has the plates from ark that were in your build thread and seller is listed out of Kalifornia! Made me wonder if it was a scam?

PNGCRUISER said:
That's what I was looking at. Has the plates from ark that were in your build thread and seller is listed out of Kalifornia! Made me wonder if it was a scam?
Click to expand...


Not sure. The seller has good feedback. Some of those pictures are ones that I took, but the others are new to me (forklift pics).
I sent the seller a message asking if I could get my license plate back. LOL

Tim, that was a sweet cruiser. Hope it's not a scam, but I don't think it is. Are you familiar with Razorback Land Cruisers club? We have quite a bit of people up in NW AR.

Tim, you still lurkin' on here 4 mos after selling your rig? Did you ever get that 5-ton or H1 ? Buy back your 80 and let's all go wheeling!

Hey guys! Unfortunately I don't have an H1. Still on my list though.

I've been on a diesel kick lately. Having excess power is a welcomed change. LOL


After the cruiser, came this 1-ton 4wd Diesel van: 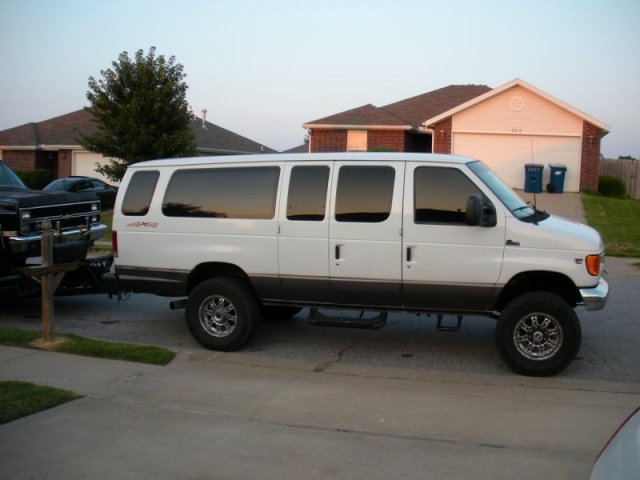 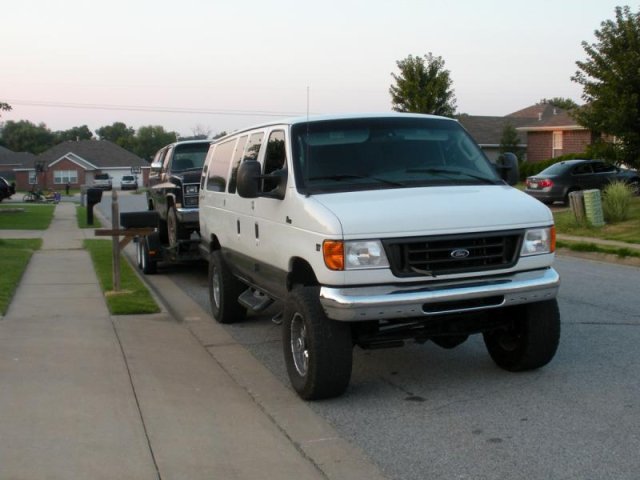 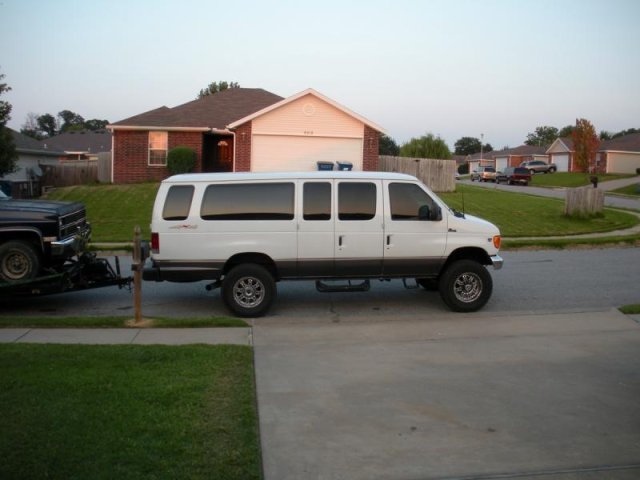 After that came a Ram 2500. Still working on it. Just did a full long arm suspension setup, and it absolutely hauls butt through the rough stuff. 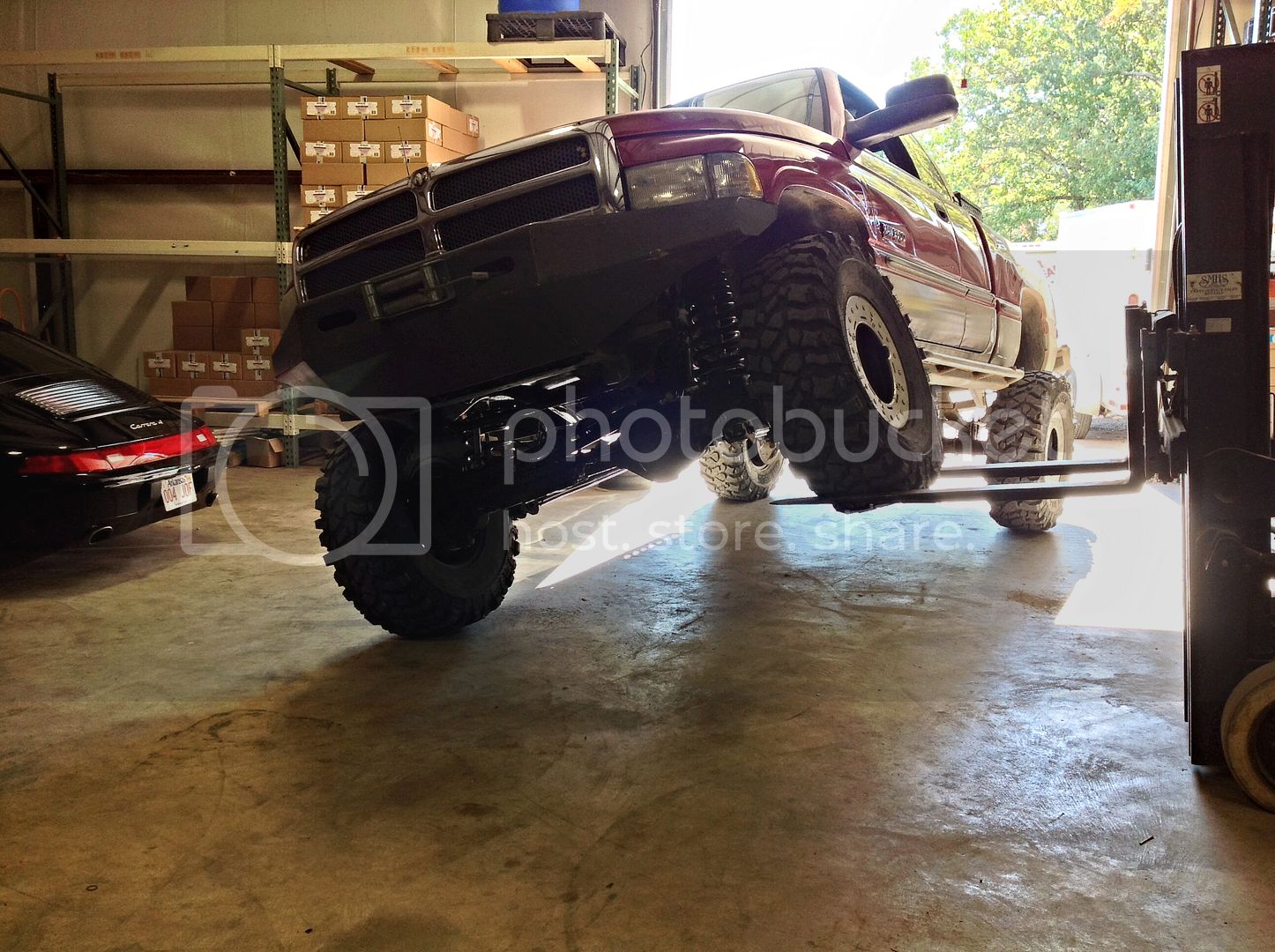 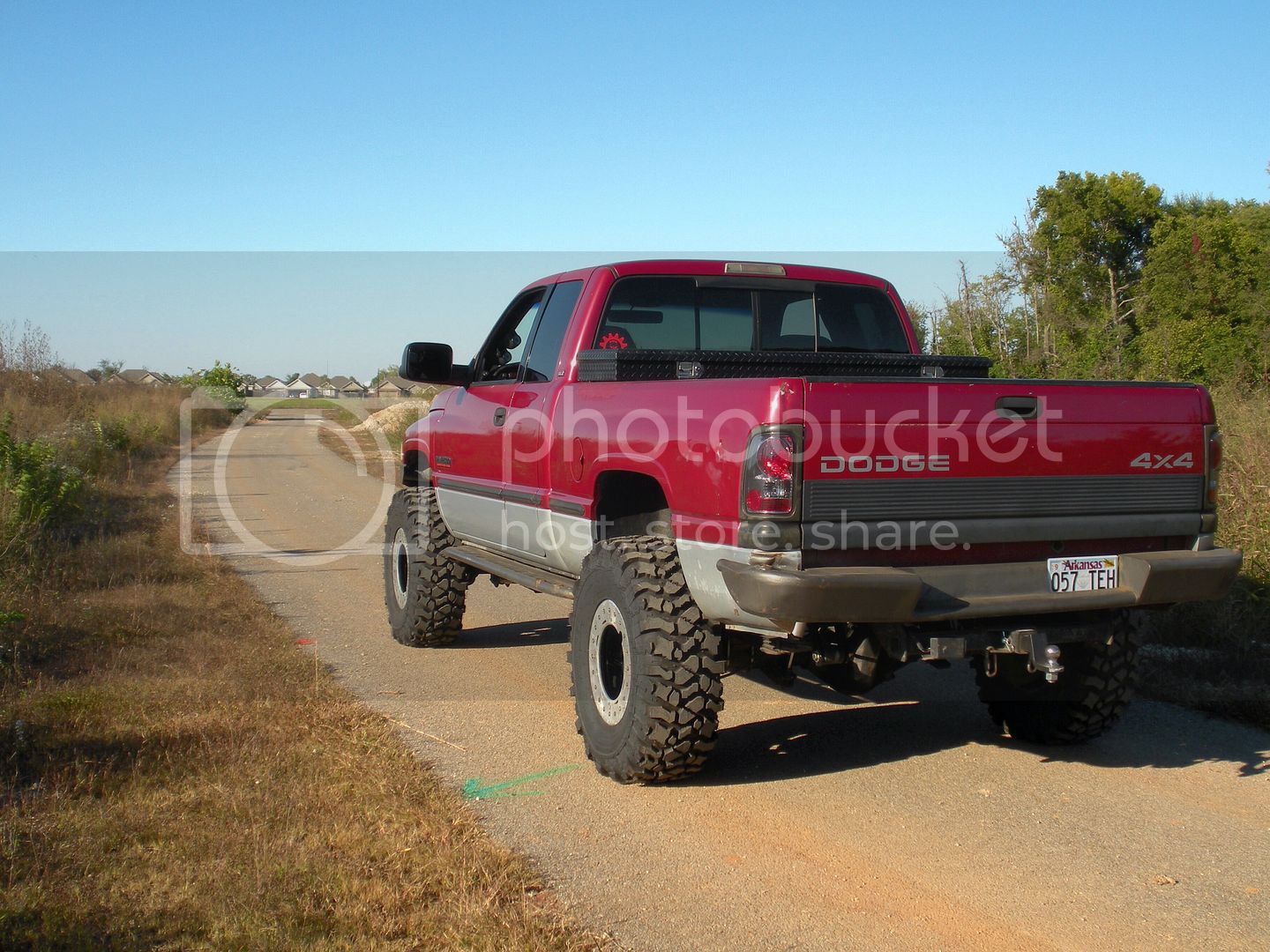 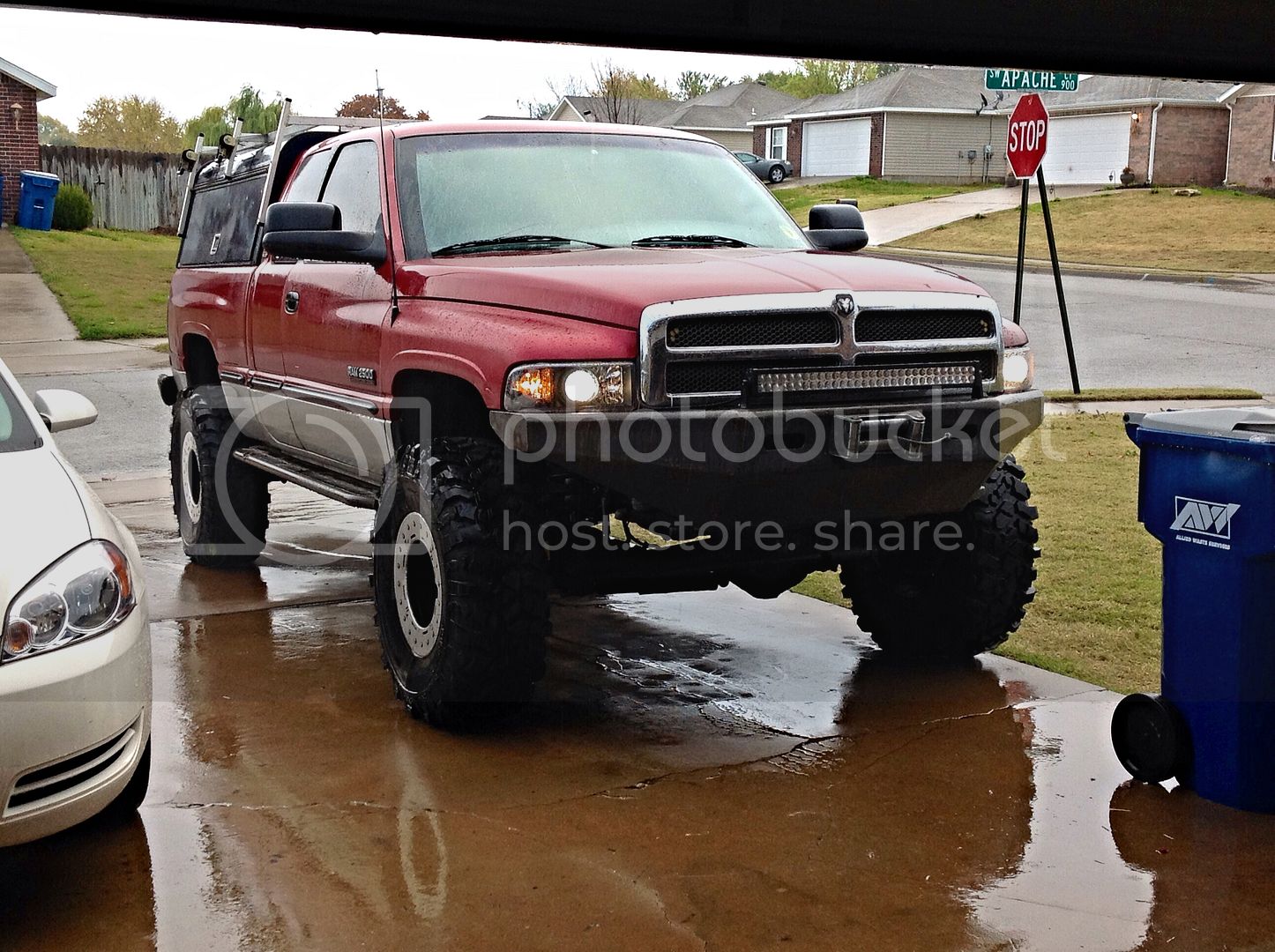 Eventually I'll wind up solid axle swapping a 100 series cruiser, and will be back in the game. Until then, I still pop open the Mud app from time to time! 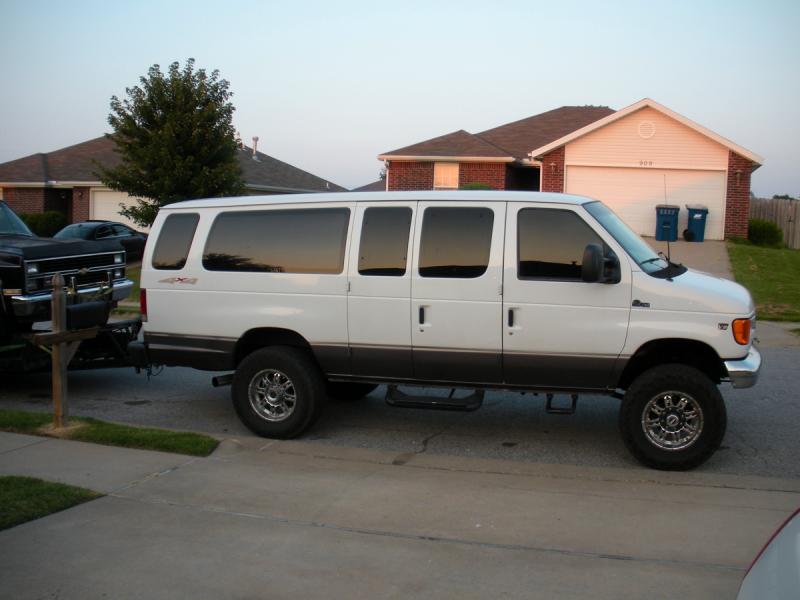 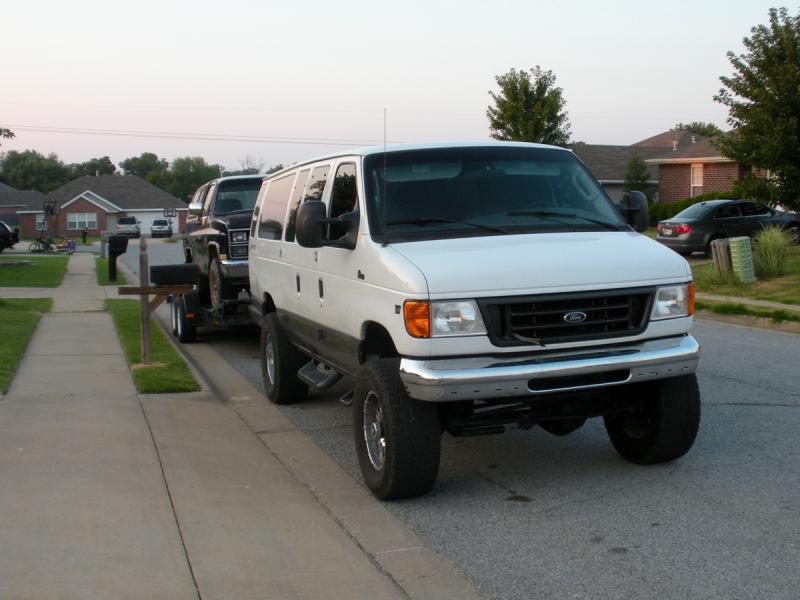 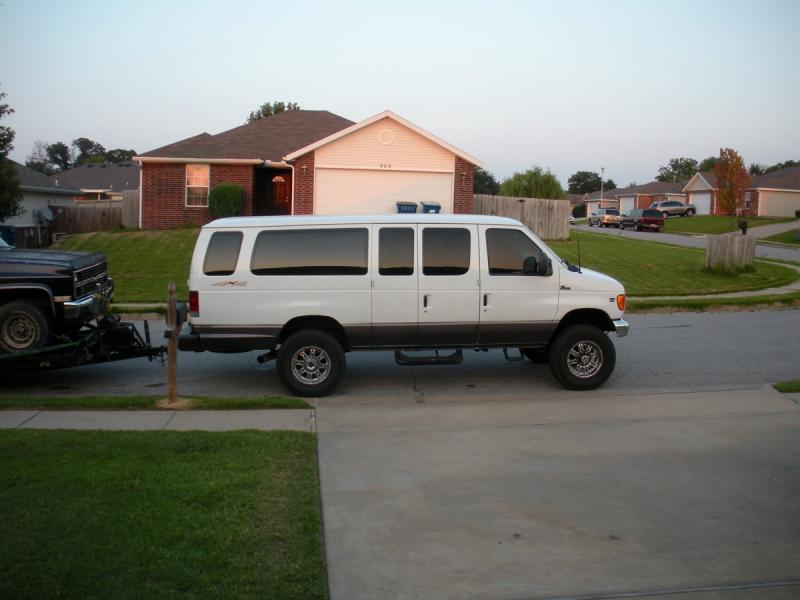 Hi Tim - I tried to send you a pm on your Dodge but your inbox is full.

shellb said:
Hi Tim - I tried to send you a pm on your Dodge but your inbox is full. Brett
Click to expand...

Just cleared some out.

Sent from my iPad using IH8MUD
You must log in or register to reply here.