This is a really past due build thread for my 60!

I thought after driving it today, after 10 years, I really should have created a Build thread so I could keep up with what I had done in the past!


It all started here with a tip from a solid Local Mud member!


Here is how it appeared in the Previous owner’s driveway.

Note how high it was in the front, the entire engine minus the block was in the Cargo area with the seats folded down! 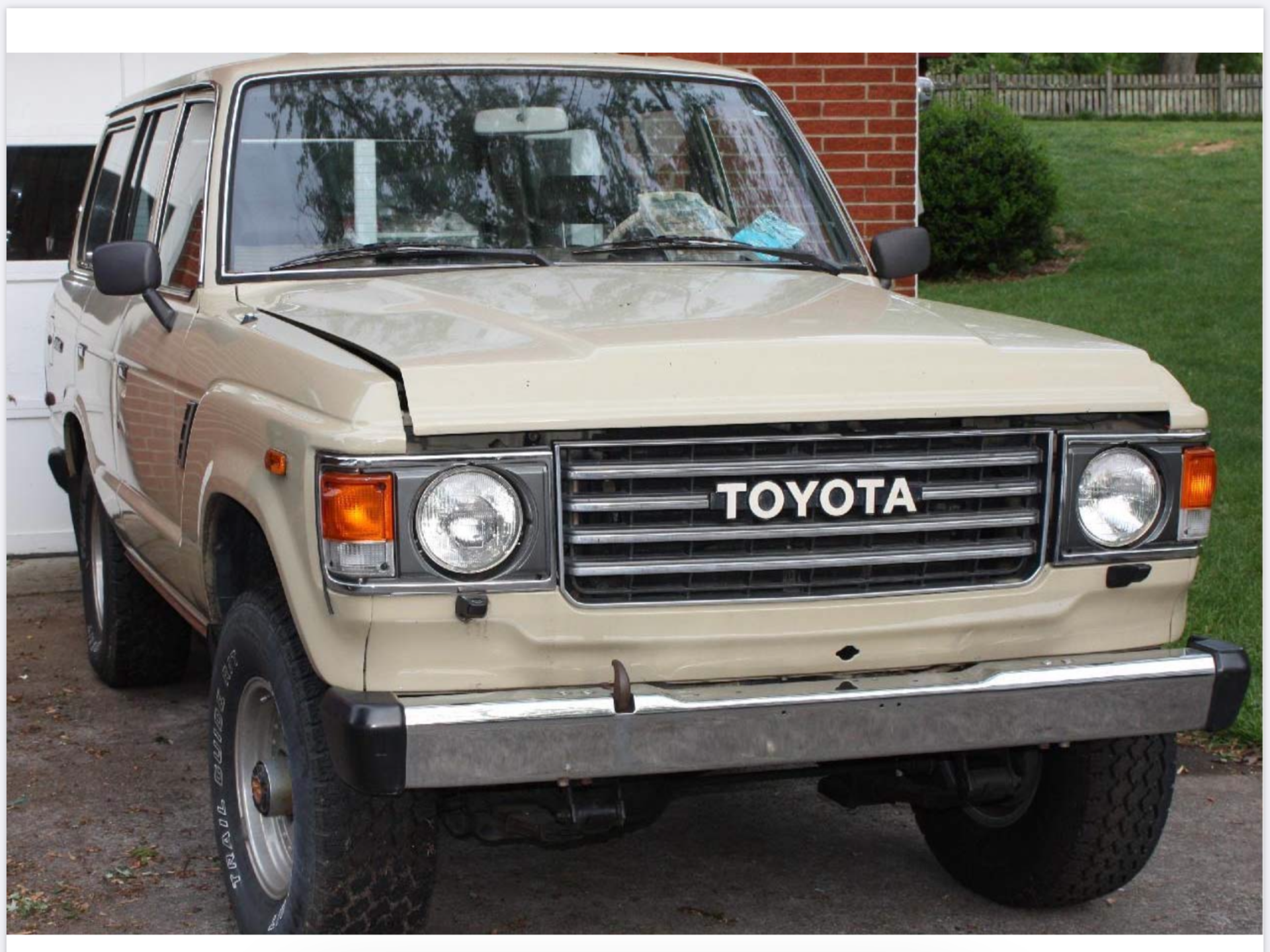 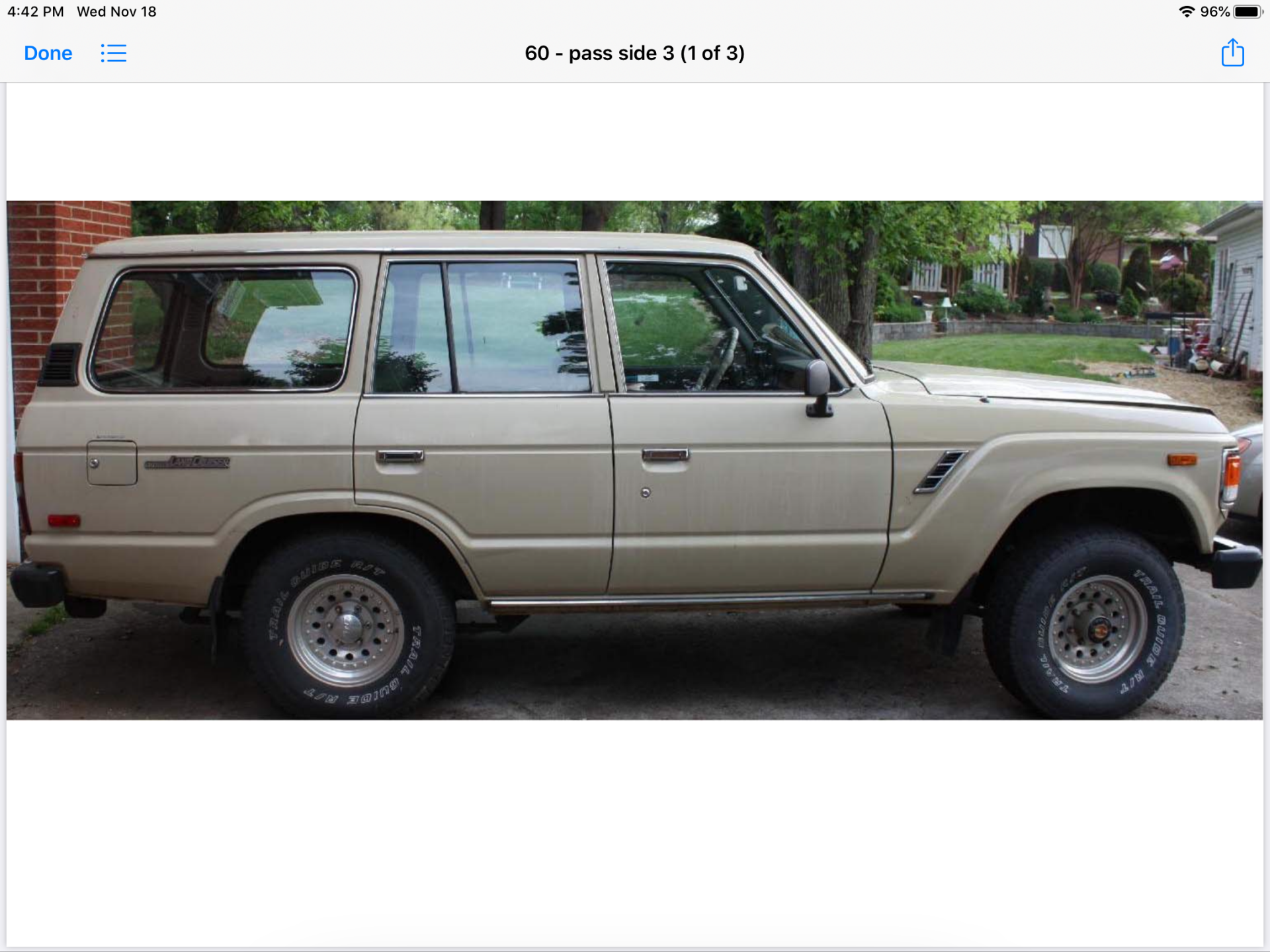 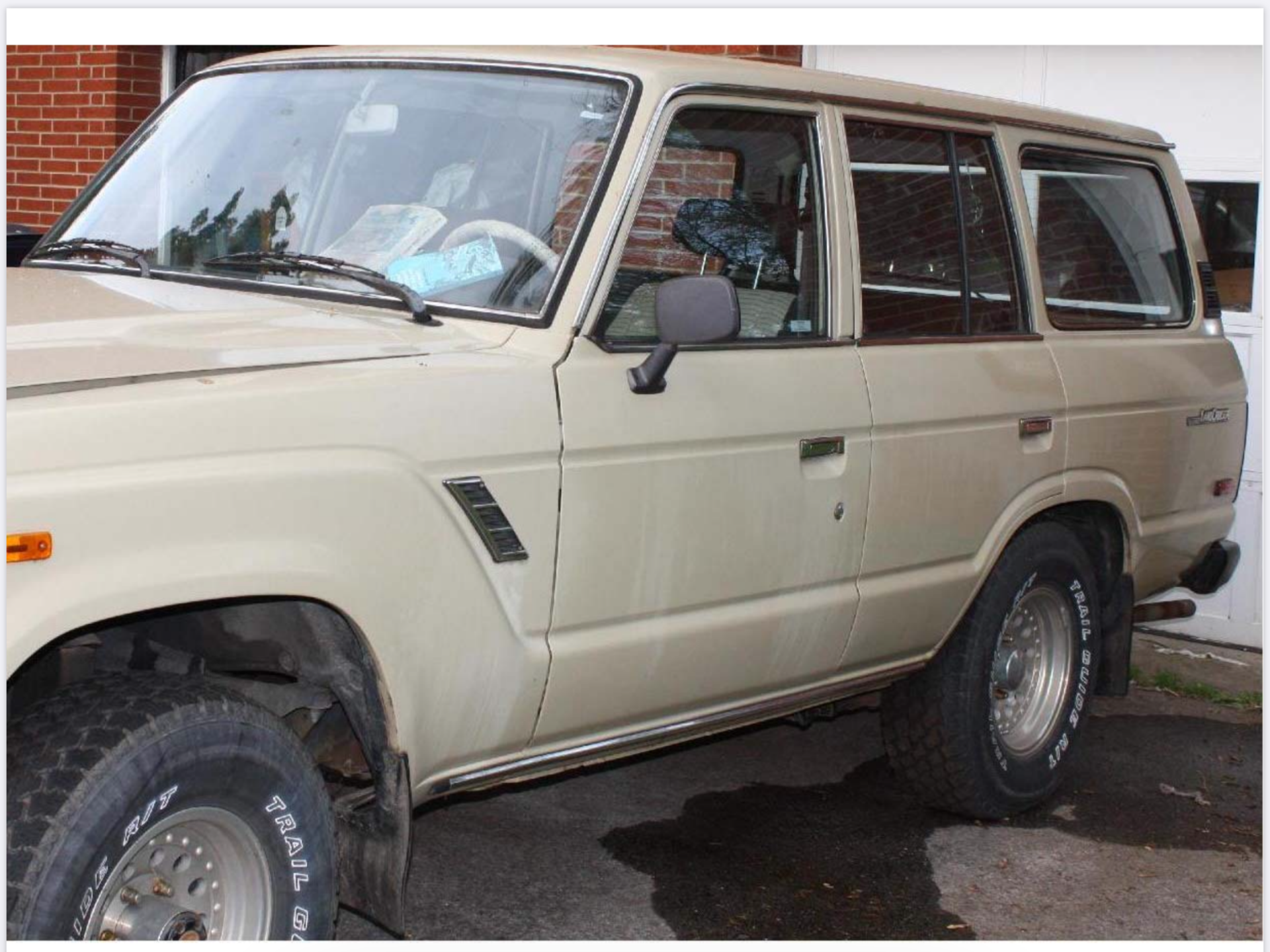 After contemplating several different engine options, I fortunately decided to stick with the 2F!

I began searching for a good used one and ran across one that had been removed from another 60 for a V8 transplant here on Mud that was reasonably close. I tossed my then 3-4 year old in the truck, I headed off one evening to pick up the engine. The deal was good enough and the seller threw in all the discarded FJ60 under-hood parts he wouldn’t be using.

As I started the process of evaluating the used engine it was discovered that it had been out in the weather and would likely need A full rebuild, at least a full tear down to determine condition. I shelved the project for a few months as I contemplated the next steps.

After much consideration I decided to go all in with a rebuild of the original engine with 100% OEM parts. The parts gathering process took a few weeks or maybe months, as I recall most were available from Toyota, but a few had to be sourced via dealership search across the country. Interestingly, during my search an owner of one of dealerships I used ended up calling me in search of a 2F block, so I was able to move the one I purchased along for a few bucks and got another FJ60 on the road, I was by that location a few months ago and that truck is still on the road!
Last edited: Nov 18, 2020

As the parts were going together, the Carb and dizzy went to Jim C for a full Desmog rebuild and recurve.

Also, while the engine was out I decided to have the fender liners repainted (there had been a battery explosion in the past), air cleaners and accessory brackets Etc. powder coated, and have the thermostat housing, oil cooler pipes, Valve cover, intake/exhaust manifolds ceramic coated.

After everything was assembled to create a long block carb and intake, the hanging of accessories and the de smog took a me an additional couple of weekends to get completed. I found the de smog best in an uninterrupted quiet environment, not my preferred Allman Brothers playing etc. Garage mode! ( lack of experience and skill evident here).

I couldn’t find my in process pictures, however here is how she looks 10 years later! 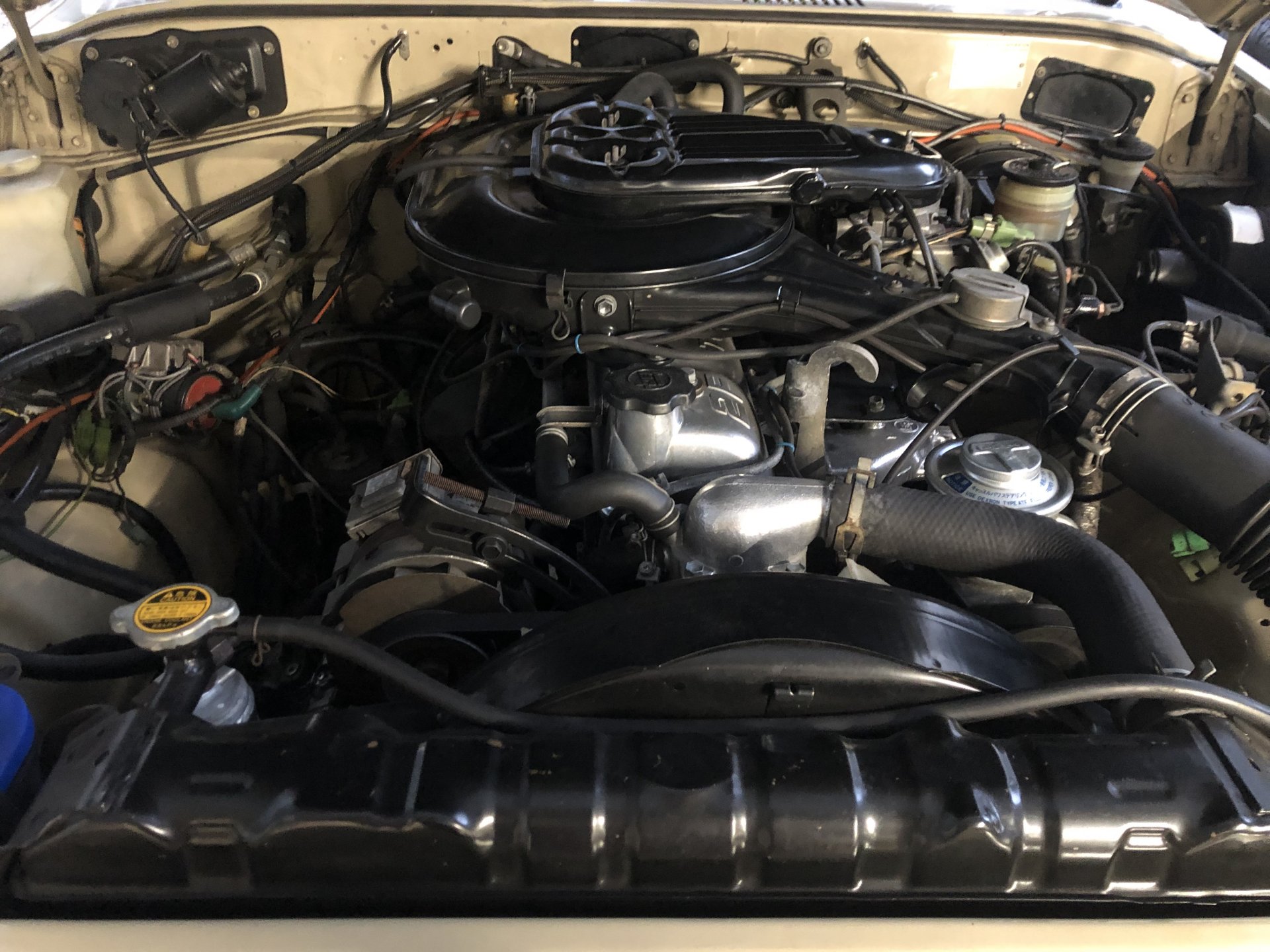 Now that the engine was together ( this was a few months in process) it was time for a call to Cruiser Outfitters and an OME heavy lift. Kurt and company delivered as always!

As I waited for the lift another Member posted up an amazing tan FJ60 with a set of Stockton Steel Wheels in gray. I began some research and if I recall Stockton wasn’t producing any wheels or there was an unusually long build time or they weren’t in the budget, or maybe a combination of all 3, so I was out of luck!

Sometime later that week a work colleague who had been a Toyota Service manager for many years is driving his wife’s T100 with these odd black steel wheels that she used as her gardening truck. I find out these wheels had been dealer take offs and used as spares on a few trucks, so I began the acquisition of 5 to get powder coated in the cool industrial gray color I liked, this would have to be close enough and would get me a 16” wheel to add the 255/85/16 BFG’s!

Somewhere not long after the build I added the H55 5 speed, was able to find a great condition dash pad and rear seat and here is how the truck appears today after 10 years on the road! 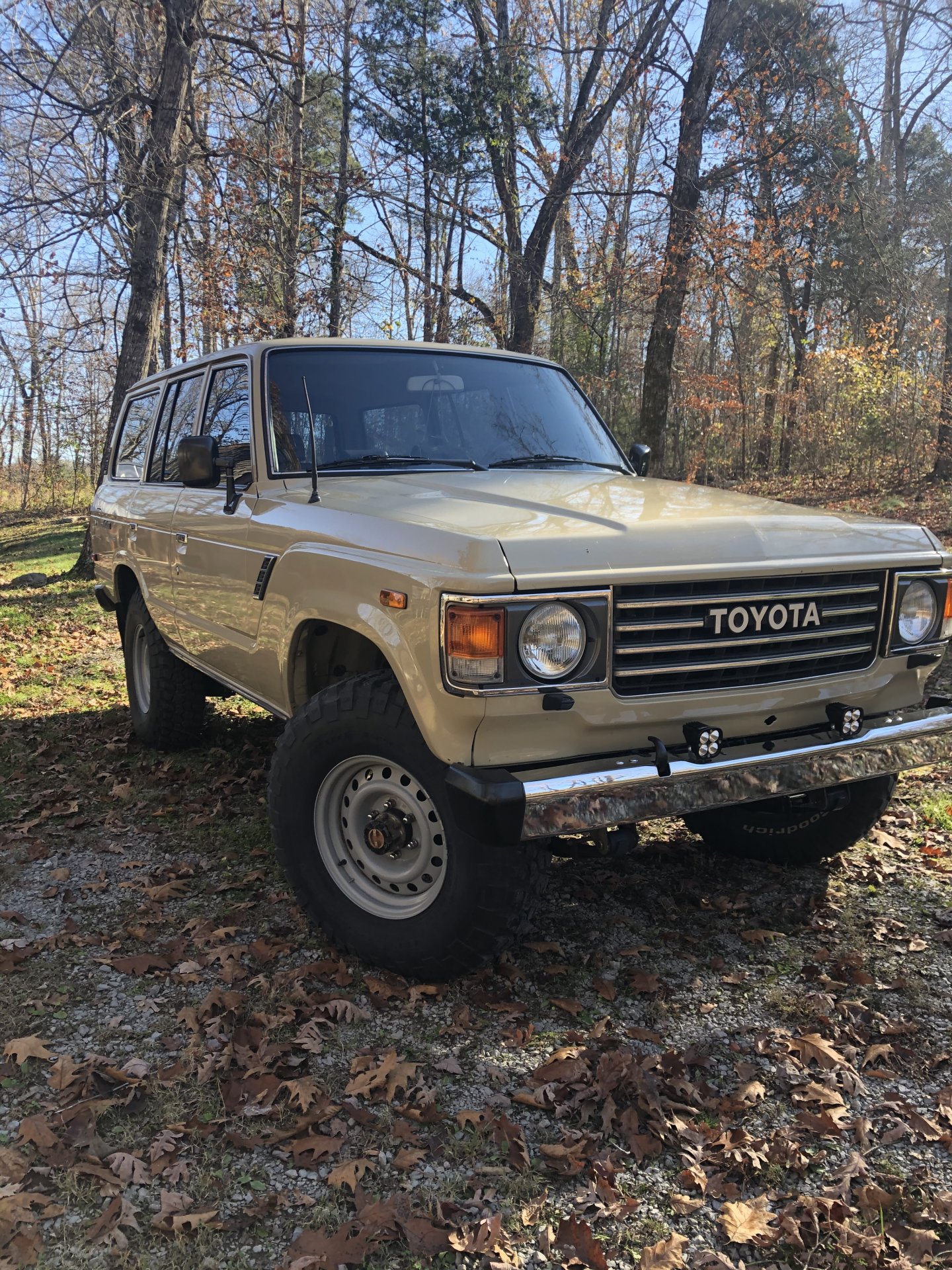 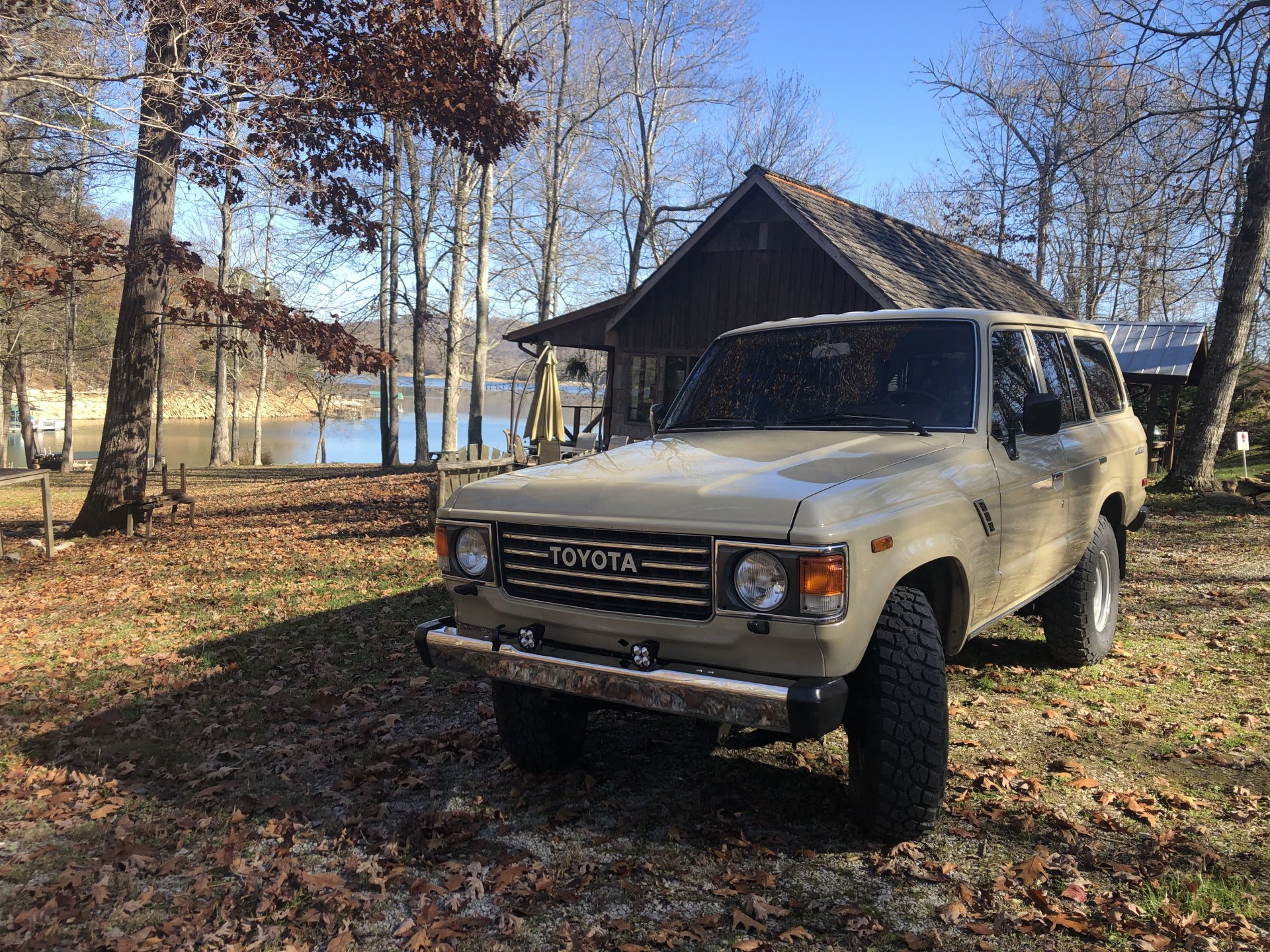 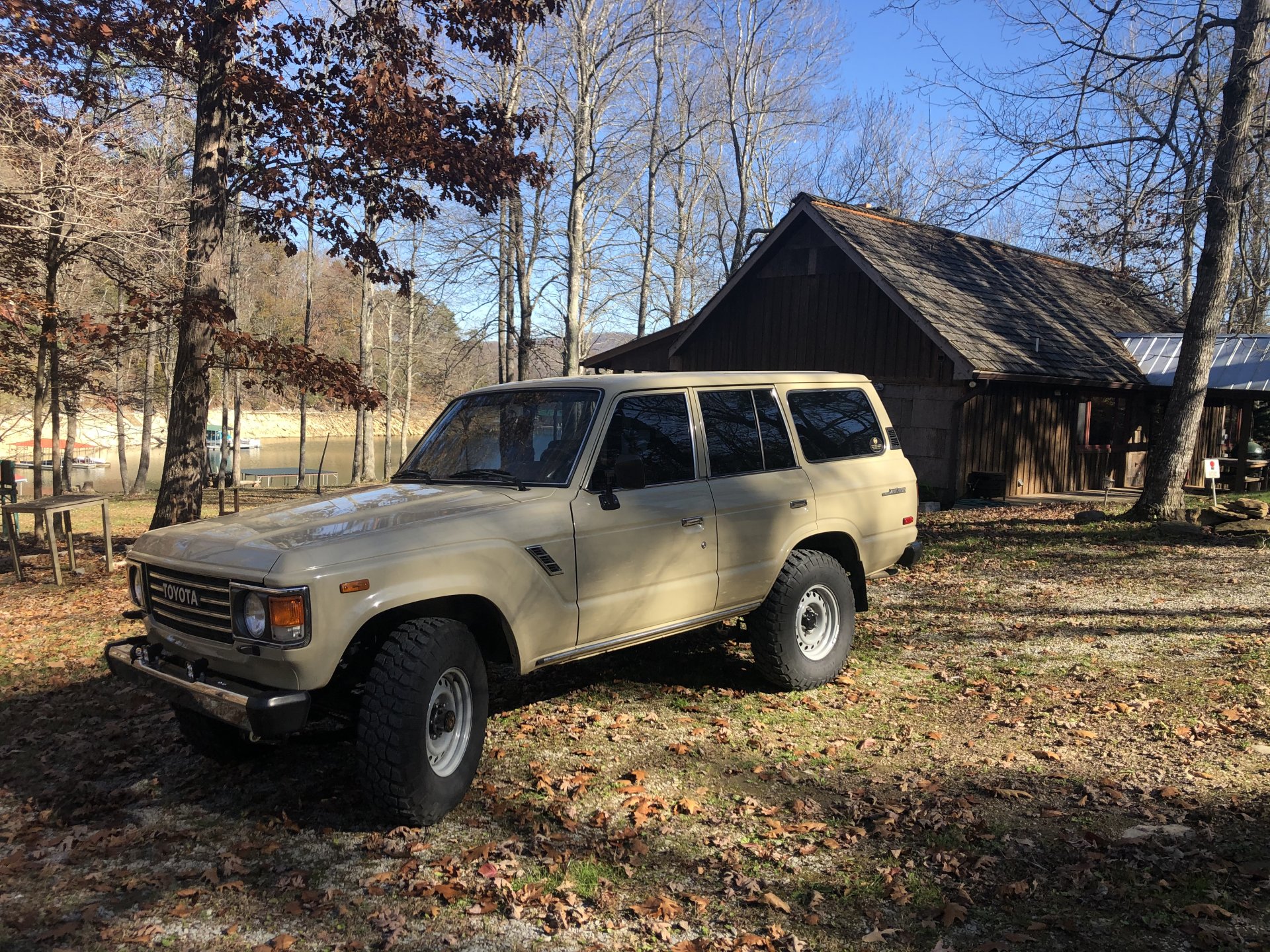 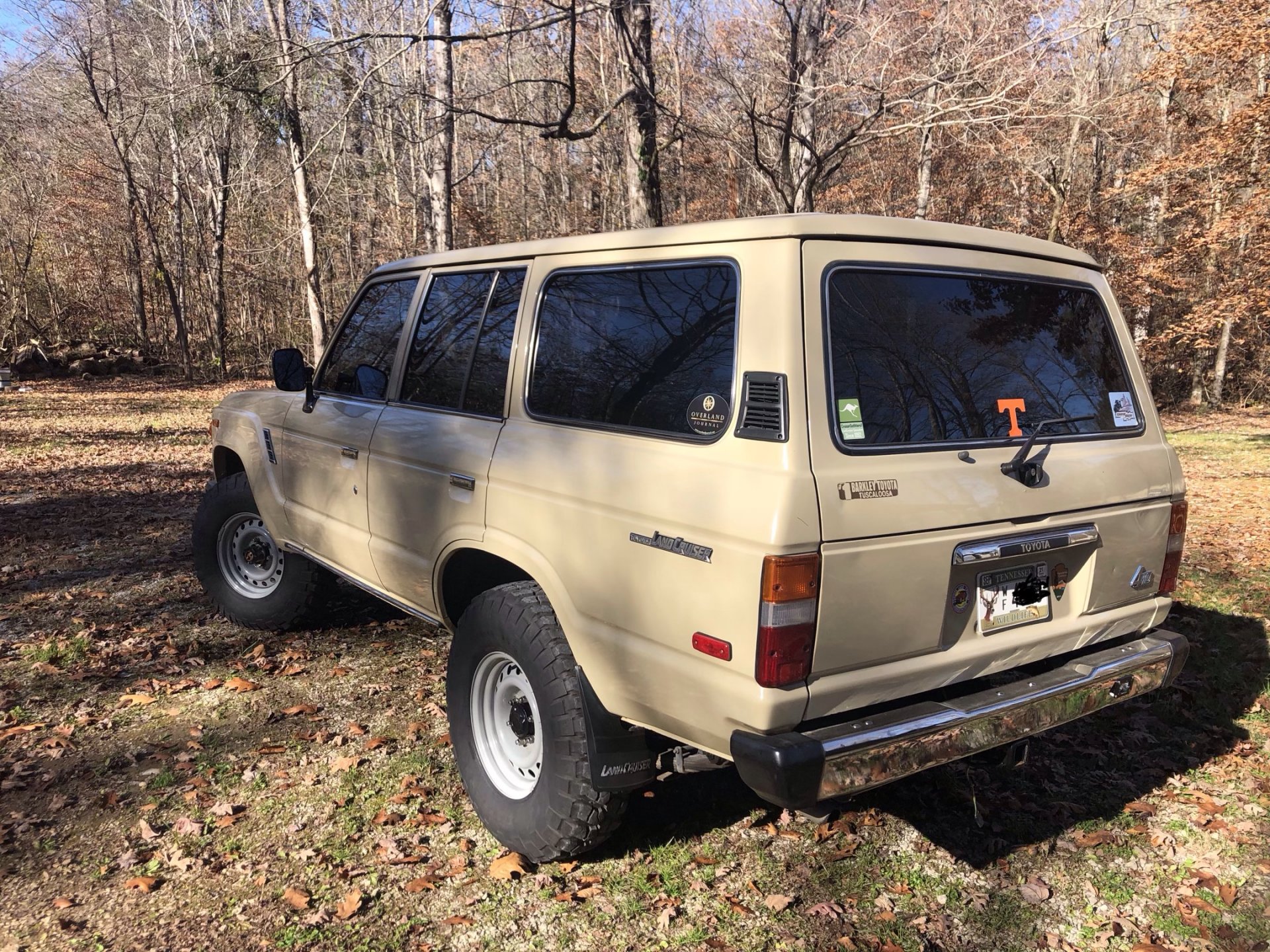 Very Nice! That is something to be proud of.

Great work bringing the truck back to life! You've done an outstanding job.

Fun fact...the engine hoist hook goes on the rear of the motor...unless you opted to put it in the front. There is another hook that bolts where the alternator bracket is as well.

Are the dark gray bezels around the headlights new or repalcements? The one on my 85 seems a lot lighter in color.

Fun fact...the engine hoist hook goes on the rear of the motor...unless you opted to put it in the front. There is another hook that bolts where the alternator bracket is as well.
Click to expand...


Thank you, I have really enjoyed the truck and am glad I went back stockish with the work. At the time it was completed, the 60 series market wasn’t what it is today and it was a commitment of resources to get it where it is today.

I appreciate the heads up on the engine hooks, I actually just noticed that after looking at other images to compare.

I can’t recall if We did that for a purpose or just did what we needed to get it back in what we had to work with and never put them back in the right spot.

I will try to get them back in the right location, it will drive me crazy now that I know the correct location!

Are the dark gray bezels around the headlights new or repalcements? The one on my 85 seems a lot lighter in color.
Click to expand...


Thank You! I owe a lot to the forum.

The Bezels are Stock Originals as far as I know, I Haven’t changed them since I purchased the truck.

What a beauty. Deal of the decade!

Vasopressor said:
What a beauty. Deal of the decade!
Click to expand...

Looking back it was a great deal, but 10 years ago with the engine built correctly, getting the AC cold, replacing a cracked dash, etc. it was even money.

The current market has been kind to a retrospective build thread, that is for certain, just wished I had bought several more!
You must log in or register to reply here.