Over the past couple of years, I have been thinking about buying a street-legal Land Cruiser to fix up and drive. I test drove a FJ55 out of Emory but was scared off by the rust / fiberglass replacement pieces and scarcity of spare parts. Then I found a NICE FJ40 in Paris, TX but hated the color. Peter Sloop, a former Proffitts, Cruiser Custom owner (Big Green crawler that came to Roundup in 07'), had recently purchased a Troop Carrier as a project vehicle and started telling me about it. He is in the middle of a complete overhaul. He sold his rock crawler after Moab last year. The HJ47 sounded cool so I started searching for one. Most I found were rust buckets or out of the country. John with Proffitt s Cruisers had a couple in the past and helped me out quite a bit. A couple of weeks ago, he emailed me that he had spotted one for sale on Mud that looked very clean and minimal rust. The worst rust spot (per the seller) can be seen behind the passenger-side door in the 2nd pic.

A couple of days later, I made a deal with the seller and bought it. It is being shipped in from Munising, MI (only in MI 1 year) and should arrive on Wednesday. If all works out, I plan on driving it to Bonham this week to get a new driver-side door handle from Butch.

It's a 1982 HJ47 (rhd), 4-sp in the floor, 2H diesel, with about 83,000 origional miles. It has the original PTO winch & rear seats. My plans are to get rid of all rust, give it a new paint job, Line-X the interior floor throughout, and possibly new upholstry & headliner (if needed). Will probably get rid of the roof rack as well. I wish I had a longer trailer and I would bring it to the Roundup. Maybe I can drive it to the meeting on the 12th. 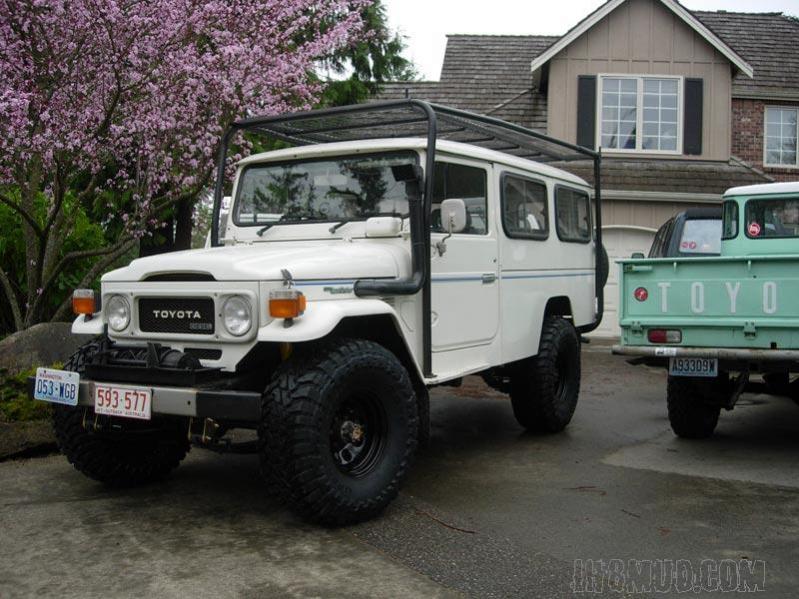 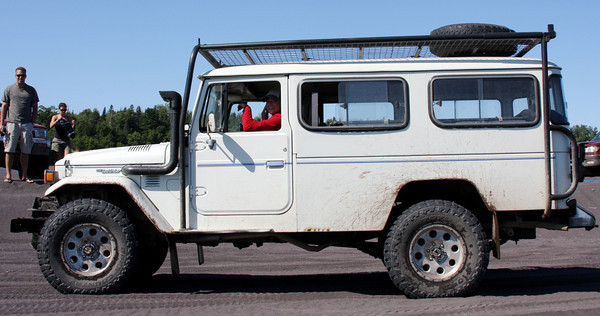 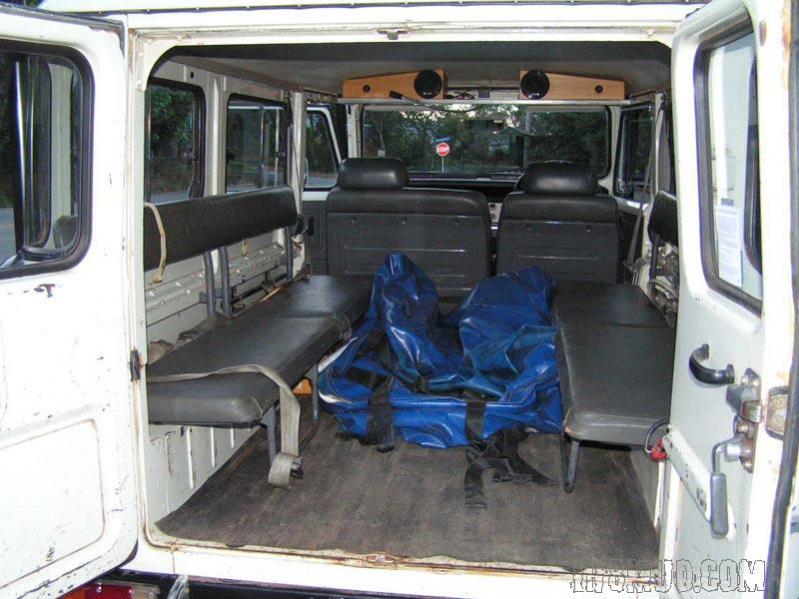 Have Truck, Will Travel

I was trying to buy the yellow one at Proffitts... no joy.
I'm looking forward to seeing your new ride.
Happy Trails! N

Bring it to the Round Up!

Congrats....... Your sons gonna get a good collection one day!

That is a very nice rig! You will have to go through Mac Donald's backwards now

JONNYFJ said:
That is a very nice rig! You will have to go through Mac Donald's backwards now
Click to expand...

Just wait till you go through your first toll booth, it's fun.
W

Location
2nd star to the right

nice, russell. that is and will be a super sweet rig!!

Troopy arrived in Commerce around 10:30 p.m. last Wednesday night. I was warned about the brakes being weak. That was an understatement. Have to give her a good pump before you really need them. I am use to them now. Drove her to Bonham last Thursday to deliver some stuff to the mother-in-law and show the Baker Brothers. Had to pick up a new drivers door handle from Butch. Other than almost taking out a couple of mail boxes, it was a great trip. I am now very comfortable w/ the RHD. Engine runs great.

This weekend I did the following:

1) Repaired broken drivers door handle
2) Removed the "Daktari" roof rack (Any other troopy's in Texas? Rack is for sale: $200)
3) Removed the rear step (all bent up)
4) Pulled out winch cable to max and tried out the PTO Winch to rewind the cable. I'm sure glad it worked. 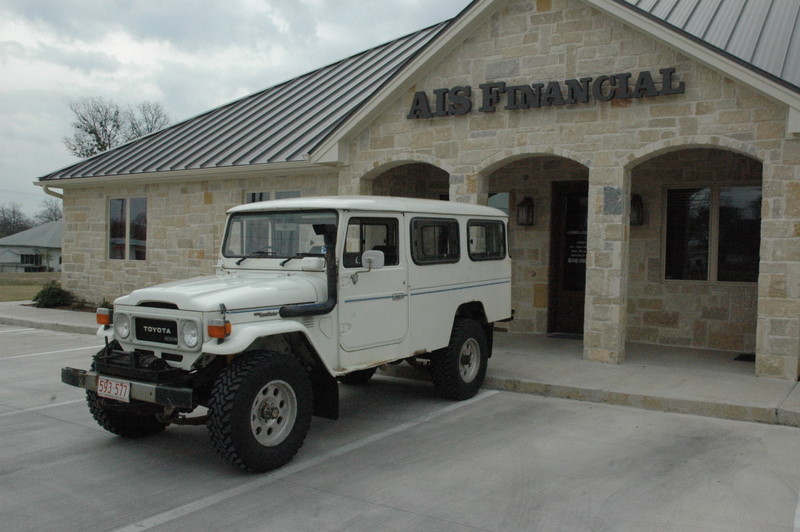 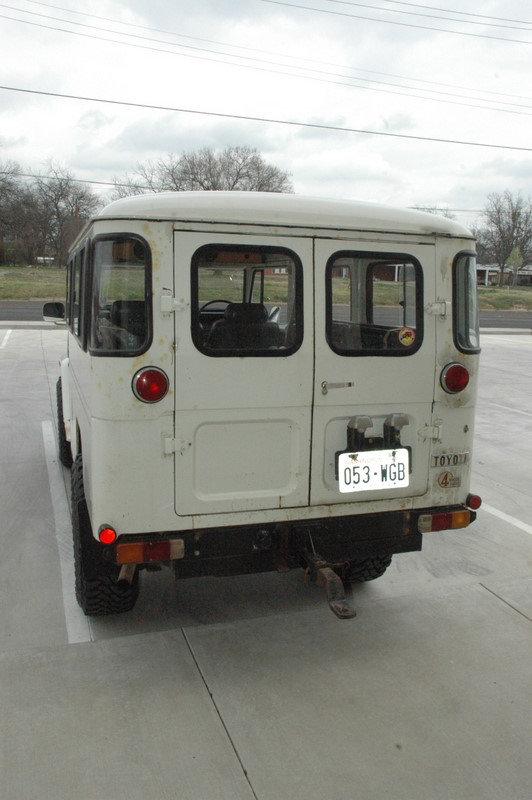 Nice score Russell. I'm sure Georg (orangefj45) will be slobbering all over it during the Roundup.

fj40charles said:
Nice score Russell. I'm sure Georg (orangefj45) will be slobbering all over it during the Roundup.
Click to expand...

I can't get her to Roundup. Trailer not long enough for 3 rigs !

Location
2nd star to the right

just awesome. can't wait to see it in person.

Great lookin' troopy, I will pass the information along about the roof rack to a friend down here in Houston.
You must log in or register to reply here.