I have had my Z4 for a year and a half. It's fun to drive, but a different kind of fun than my 80. On a nice day, its great to put the top down and go for a ride zooming in and out of traffic. Some days I still grab the keys to the 80 to drive to work.

I had been slowly researching and evaluating other cars for commuter cars so when the time was right I could get the right one and not be in an impulse buying mode. I researched Toyota's, Honda's, Lexus and BMW's over the last few months.

I decided I wanted something sporty, better gas mileage and fun to drive. Something completely different that the 80 as I still plan on driving that to work during bad weather and when I feel like it.

I was looking at older (mid 90's) BMWs. There are a lot of BMW sites like mud and found a lot of good technical info on the different BMW series. I was debating between a sedan or a convertible and found their roadster Z3 which was pretty cool and still expensive for a 10 year old car. In 2003 the roadster had a major redesign in the Z4. Z4's are like $50K and I was just browsing through ads to educate myself on the BMW line when I find a 2003 Z4 for $16K from a private seller. Call the seller to ask a few questions and they said it was just out of the 4 year warranty except for the engine which was replaced to an internal problem. The engine has a 2 year warranty on it.

I check the records at the dealer and no big trouble issue had to do with an exhaust valve cracking and rather than tearing down the motor to get at it, BMW decided to just replace the whole thing. No problem on PM because under the warranty period, all PM was free and they kept up on it.

So I go and look at this and it's like brand new. It was more than I was planning on spending but this was such a great deal and they guy decided to go down to $15K because I asked what his buy today price was.

Drove it home and it is awesome on the highway. Sun peaked out for a bit and the top goes down in 7 seconds with the push of a button. Sweeeet 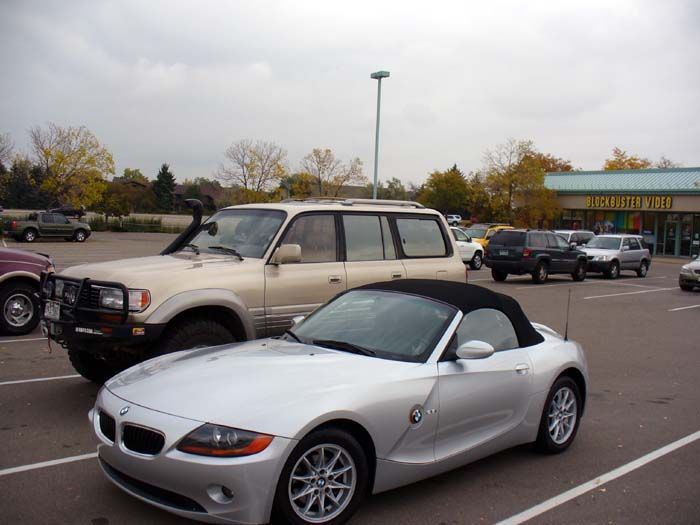 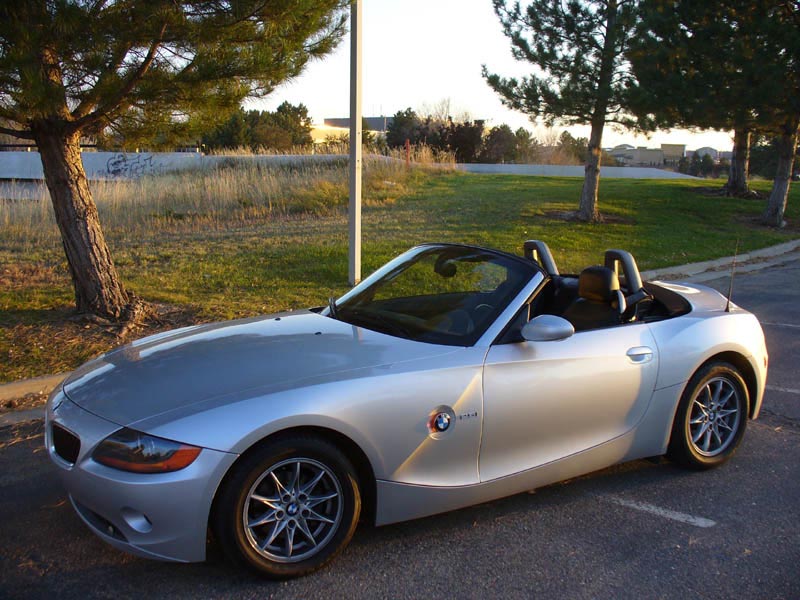 When I bought the Z4 they came with the standard Run Flat Tires (RFT). The problem with these tires is they are so stiff when you hit a small bump in the road the vehicle shifts and this is called trammeling. Additionally, the Stock RFTs would not get me anywhere in the winter.

I bought a set of Micheline Pilot Exalto A/S. Since I have my 80 series that I drive in the snow, deep snow was not a concern. I wanted to get rid of the RFT's as I hated the trammeling and they would not be good in the winter. I also did not want to have to have two sets of tires to swap like many BMW Z4 owners do.
Probably an important point, I did not buy the Z4 to run the track so having the best summer performance tire was not a driver for me.
I wanted to balance summer performance with winter capability. I know when you balance you give up a little on each end. e.g. there are tires that do better in the snow and tires that are better in the summer.

Another thing that I liked about these tires is the long life.

I have had these tires for 18 months now and feel I can properly review them based on my driving habits and driving conditions.
I drove these in the snow when there was less than 3" and had no traction issues. In fact, I drove the Z4 all winter in Colorado except when snow was forecast. Drove when snow was on the ground and not deep. I even drove some on ice with no real issues. One time in a parking lot the DSC came on when driving over a very slick patch of ice and the Z4 didn't even swerve.

The warm weather performance has been excellent as well. I noticed a huge difference just going from the RFT's to these. It was like a different car. Handling improved greatly with no trammeling.

I am very happy with these and will buy another set in 45K miles when these wear out
Last edited: Feb 28, 2009

Nice, I know we have enjoyed our '98 M3 sedan.
Its definitely a change from the Land Cruiser.
Its just about time to start using it again