Best place to buy a Front Bib for FJ45?

I need a new front bib. I see various options online. Is there a preferred provider known to this community?
3

several different versions of front bibs thru the years, if you want it to match the original the year will help get the correct one.
H

I don't really care if there is a slight difference from the original. Mine is a 1985 FJ45 out of Venezuela. I saw two providers online that seemed worthwhile:

TAG79, GRILL, ALUMINUM, FJ40 1979-83 Order Here Aluminum Bib replaces the original big with a much heaver duty style. Headlight bulbs stick out about 1/2'' but is not noticable once the headlight cover is installed. Drill to match your bolt holes or use with aluminum Fenders.
tpi4x4.com

check with Patrick @dieselbj42 he may have a NOS unit, I got one from him years ago
H

3_puppies said:
check with Patrick @dieselbj42 he may have a NOS unit, I got one from him years ago
Click to expand...

Thank you. What is NOS?

NOS is an acronym that stands for New Old Stock, which is usually referring to parts originally manufactured as factory replacement parts and which have never been used. HTH

Hendlerj said:
Thank you. What is NOS?
Click to expand...

New Old Stock. I purchased a pair of fenders from dieselbj42. Transaction went flawlessly. Shipping these days my take a little longer from Germany.
H

pb4ugo said:
New Old Stock. I purchased a pair of fenders from dieselbj42. Transaction went flawlessly. Shipping these days my take a little longer from Germany.
Click to expand...

It appears Gozzard makes a fiberglass bib too.

9/71 Toyota redesigned the hood from a heavy two piece to a lighter one piece hood. With the lighter hood If the hooks on the sides were left loose the hood would fly up and hit the hard top of windshield if there was a top. Here is a 73 that shows what happens. 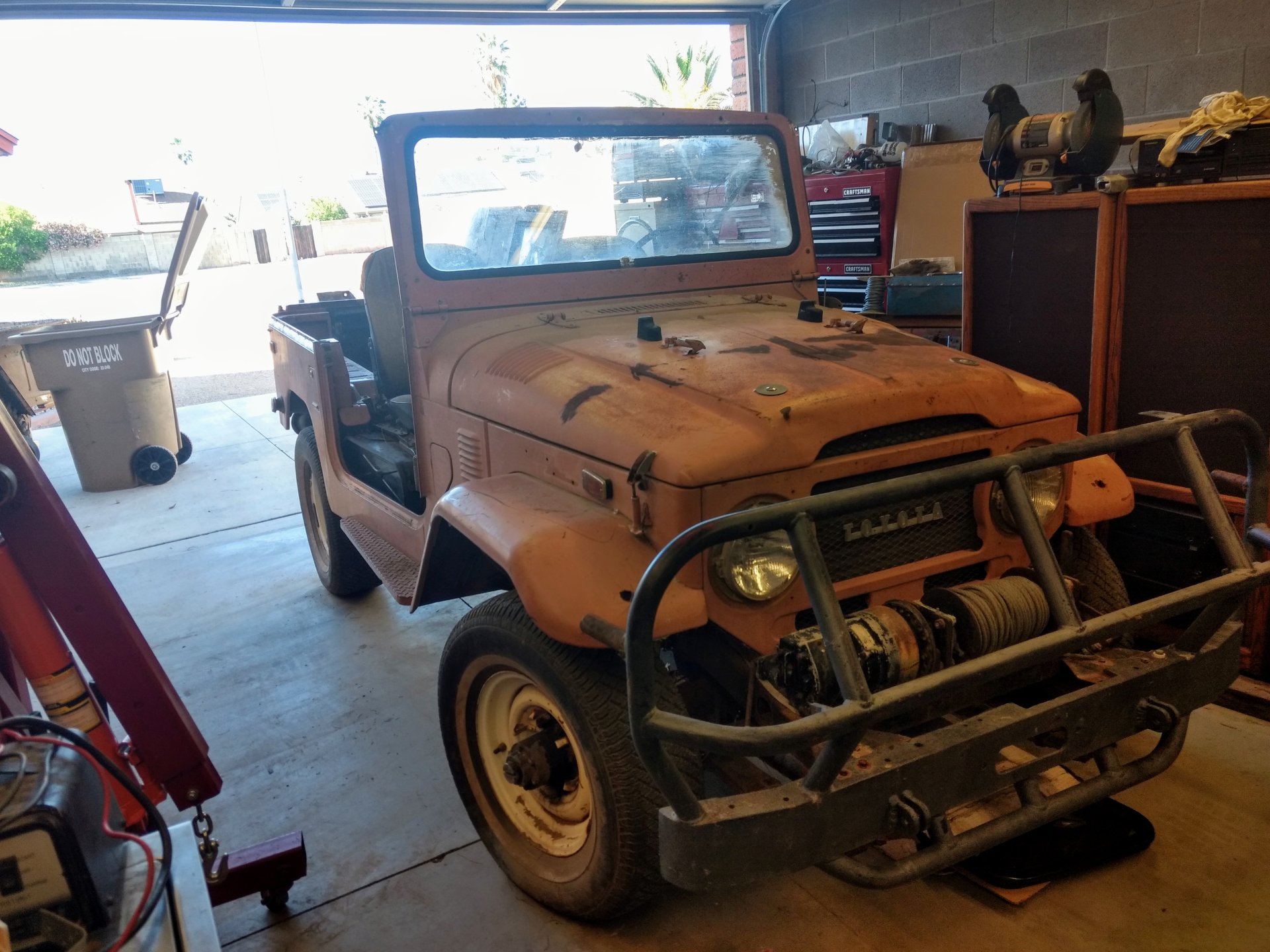 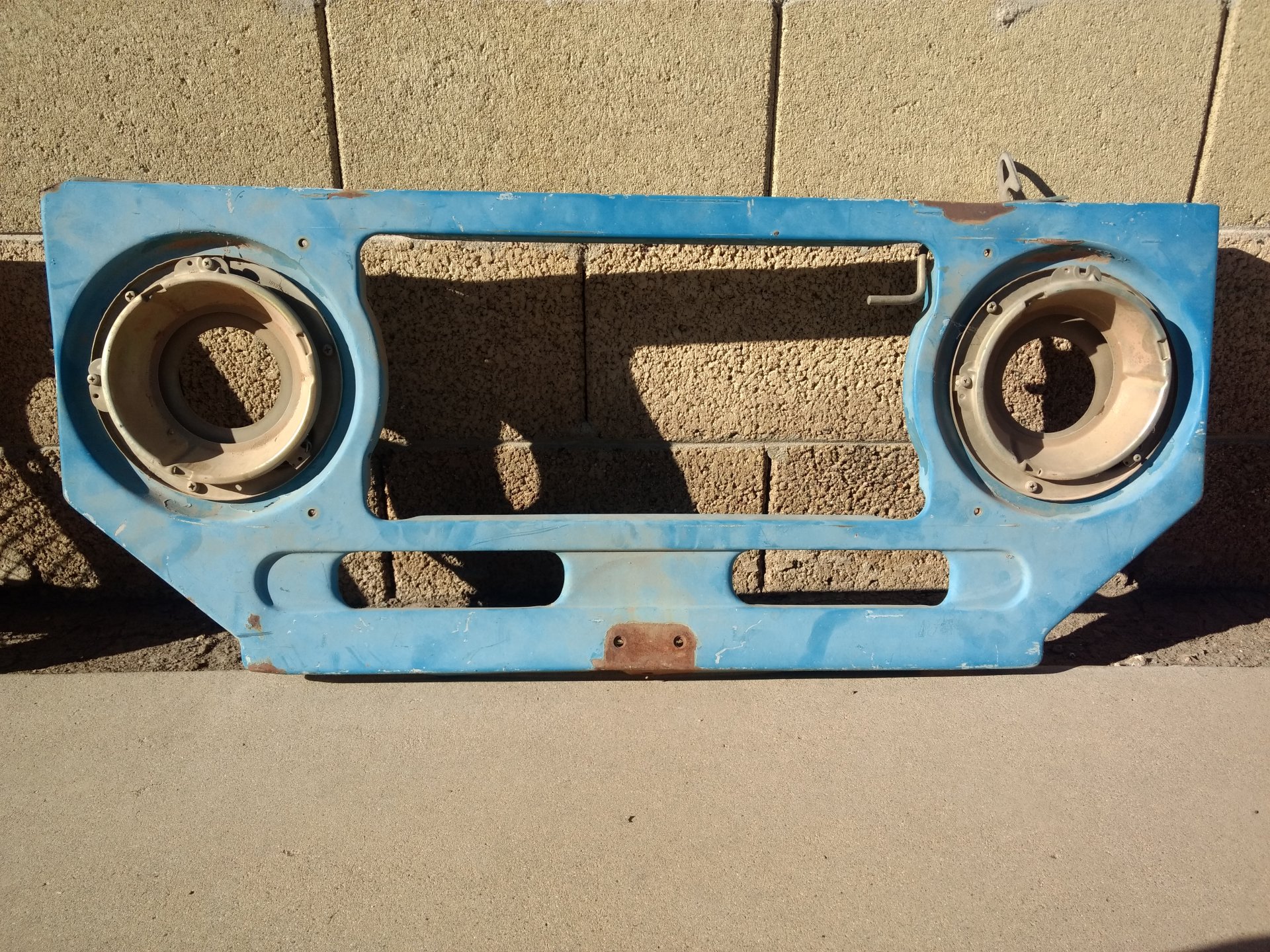 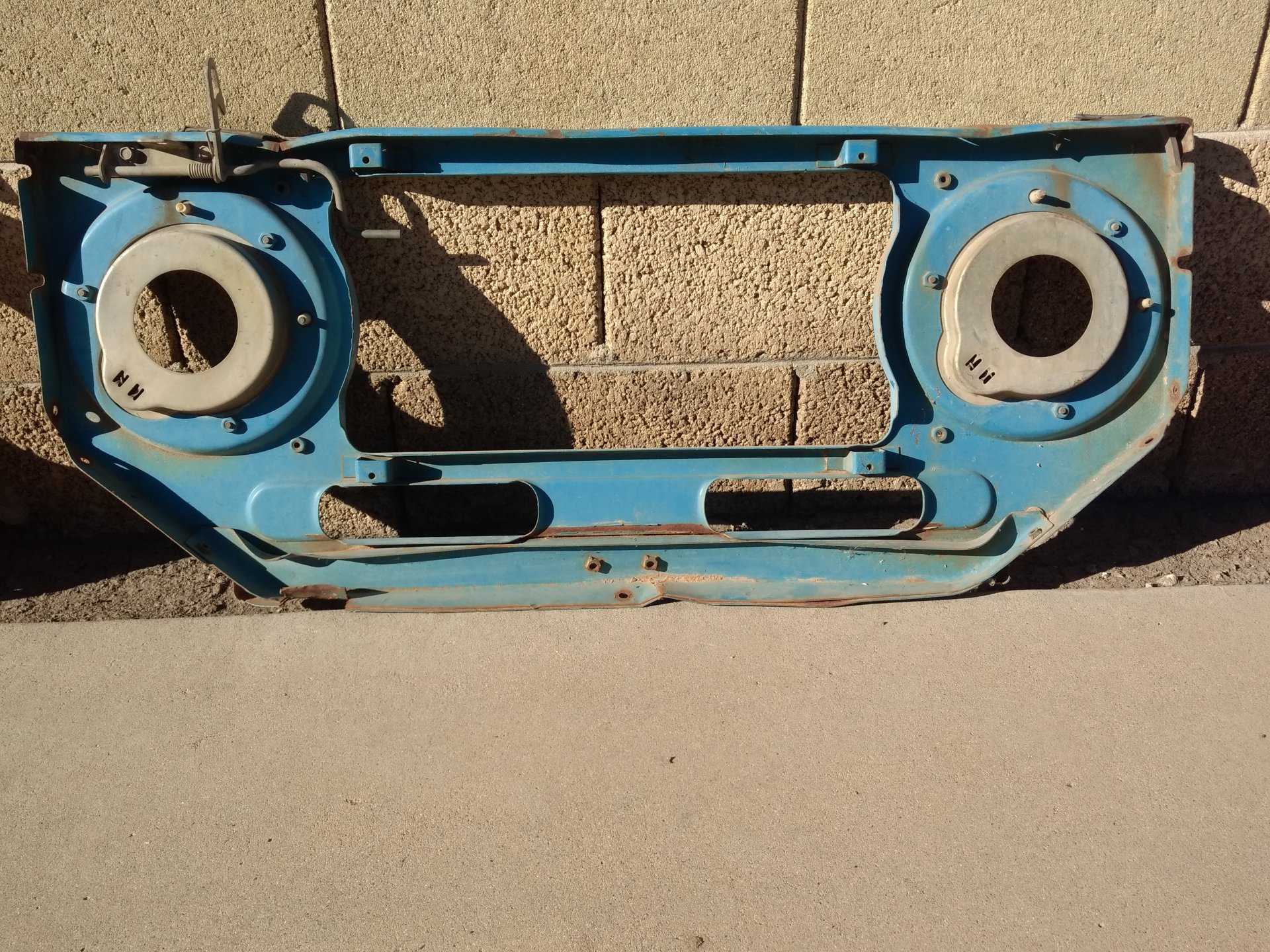 .
1/79 Toyota made a bunch of changes. One of the was new bib with a different safety latch. 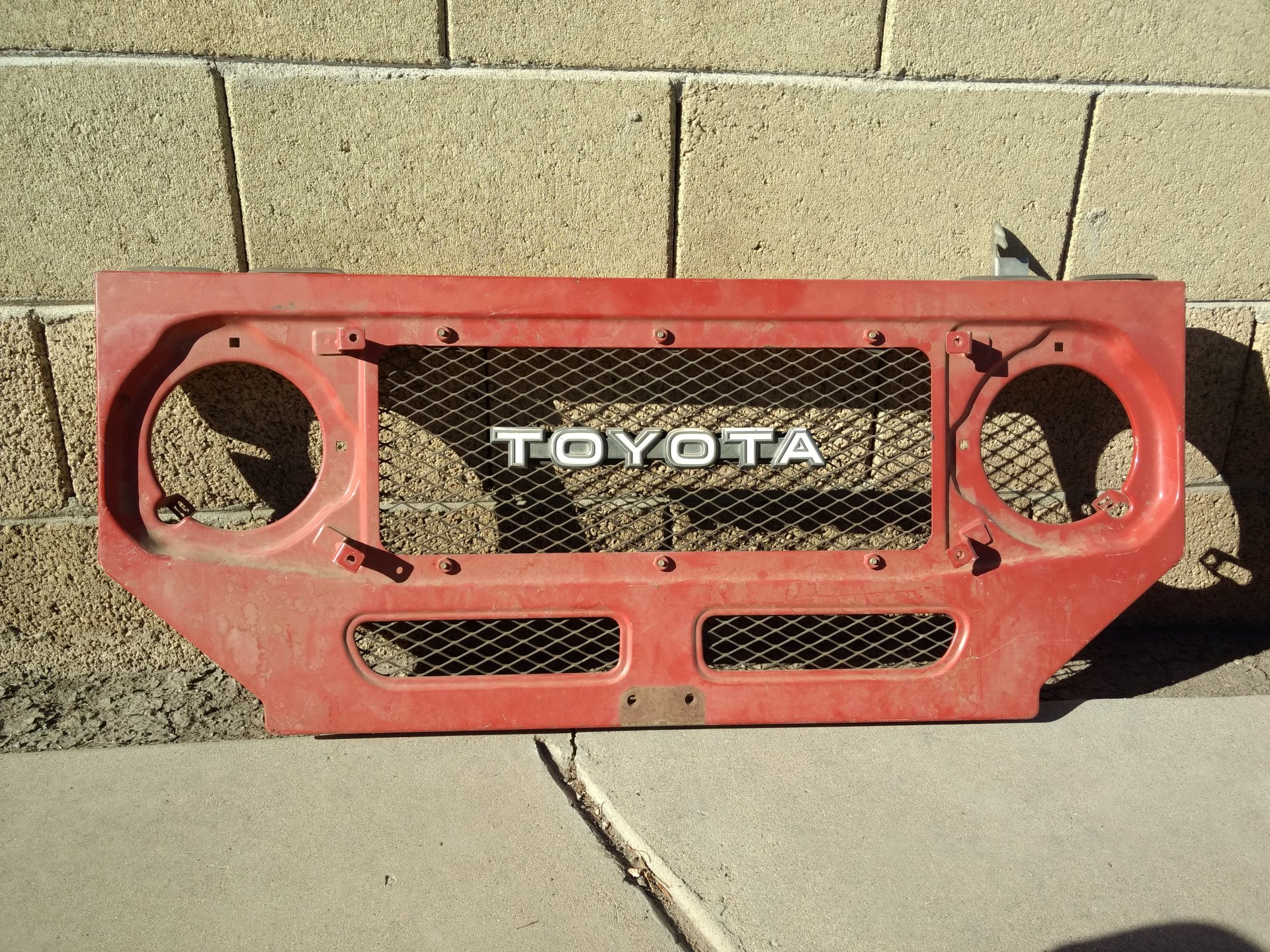 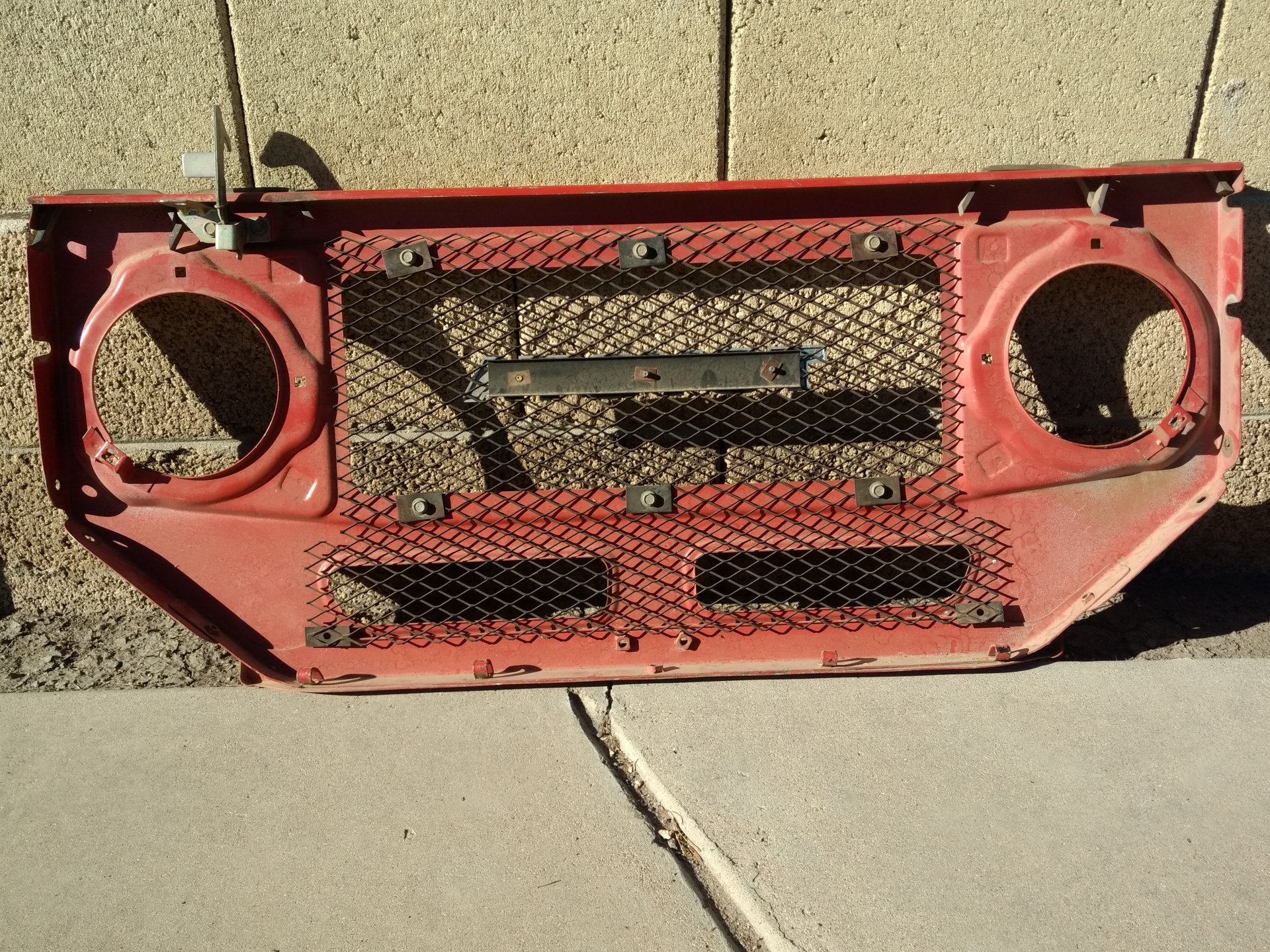 Later there was a security latch on some models. These was control with a handle inside the cab. Do not have picture of that one. What ever bib you end up getting would be sure it had some kind of safety. Not sure any aftermarket have one.
3

What's wrong with yours now didn't you just buy it
H

bhsdriller said:
What's wrong with yours now didn't you just buy it
Click to expand...

It turns out that the elegant struts holding up the hood must be balanced to the gram of hood weight.

The hood was up. I turned the car on. The hood slammed down.

It cracked the top of the bib. How the heck did it crack the top of a metal bib? Bondo was making look pretty what was a rusted bib. The Bondo did not do well with the impact. I have just ordered the bib from Germany and will have it fixed right.

I thought about the composite option from the yacht maker, but given the option of OEM, I had to go OEM.

Did you your current bib have the latch? How about the bracket that's on the top left? It's inside and what the bracket bolts to. Here is what it looks like. 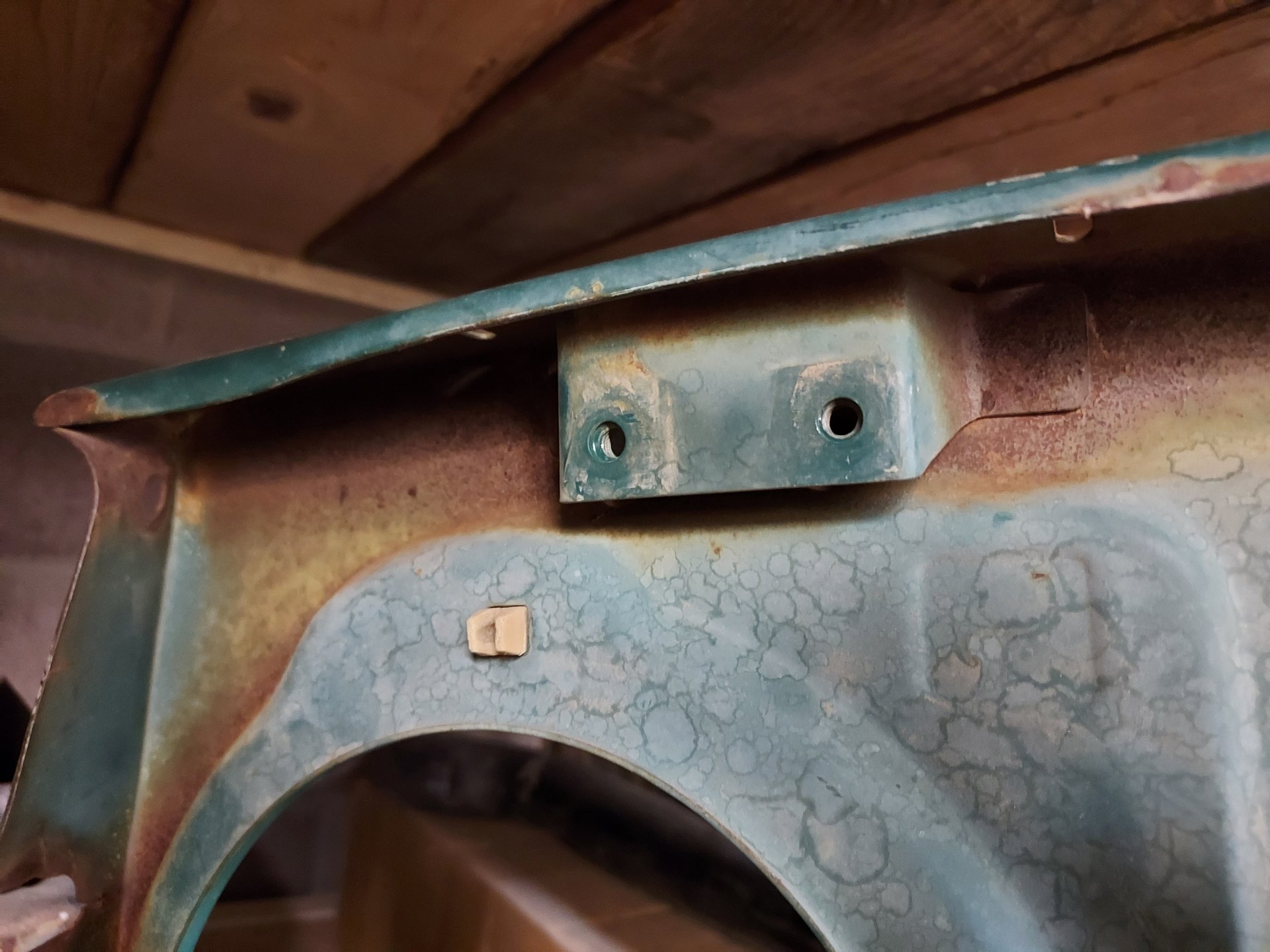 I can't remember where I picked up the blue bib just got it for the latch to use on my 73 orange cruiser. Almost all the history driving 40 series has been with early two piece hoods. Have had the a time with the hooks latched when the hood lifted a inch and slammed back down1 when I hit the brakes. Sure if it had been one piece hood it would have lifted all way and hit the front edge of the hard top. Hood was damaged when I bought the 2/73 FST and don't want the same thing happen to the replacement hood. Unless your hood is weighted down with bondo would want to be sure it had the latch.
H

It has the latch.
You must log in or register to reply here.