Howdy! New FJ80 (manufactured in 91, titled as 92) owner here. I've wanted one since I first saw one in 93. Finally had a little extra cash and this thing showed up on Craigslist for 1800. Got it for 1400 because it needed a bunch of little stuff just to be register-able. My intention is to have a winter capable rig for the wife and I to be safe in and get to work on the somewhat rare occasion of deep snow, and be able to get into the local mountains for a bunch of weekends each summer and not be impeded by 2wd limitations.

The truck had been a commuter for a guy who basically lived off grid and came to town occasionally. He bought it from someone who had been in an accident that involved being rear ended and then pushed into the rig in front of them. Cheesy front bumper crushed into front stuff, rear bumper/cross-member bent. Broken lights, etc. Not MUCH bent sheetmetal, and what was bent is barely noticeable. Steering wheel is at about 10:30 to go straight, but it doesn't really pull so I'm leaving that for now.

Here is a link to an imgur album going through the stuff below: Project FJ80

What I've done so far (all from local pick-a-part):


Planned work:
Tune up/PM ASAP
Add manual front hubs ASAP
Rebuild axles and add lockers of some kind (clicking when turning hard left)
Swap to FZJ discs on all corners
Get cruise control working (did troubleshooting process I found on here and everything passed but still doesn't work, CC light still blinks 5 times)
Do diesel swap at some point
Put some OME springs/shocks in (1.5-2" max, still trying to figure out which exactly I should go with)
Fab roof rack
Fab front bumper with winch
Fab sliders
Fab rear bumper with ladder
Add second battery with FZJ80 battery box
Add second fuel tank (would prefer the OEM style dual filler etc)
Replace tailgate (bent) and upper door from later model with 3rd brake light (have parts already just haven't had time)
Investigate/fix sunroof (took through car wash and water POURED into cab), looked into it a little and see the glass does NOT go all the way up so not sure if gasket is bad or what
Make a mounting panel that goes behind interior body panel on passenger rear to mount inverter and amp on (never mind, found out about @NLXTACY 's parts after making this first post)
Make some kind of roll out drawers/platform thing to aid in camping and tool storage, etc. It'll be pretty low profile
Get AC working (its HOT here in the summer), maybe change over to r134
Replace steering column cover
Last edited: Oct 8, 2018

Started to read your thread and gagged at price. So cheap but then you Put in a ton of sweat equity. I've had my 80 for 8 years or so hardly done a thing. Well swapped engines trans n case both axles with factory lockers. Great vehicles, enjoy n post some pics. Sounds like a project. 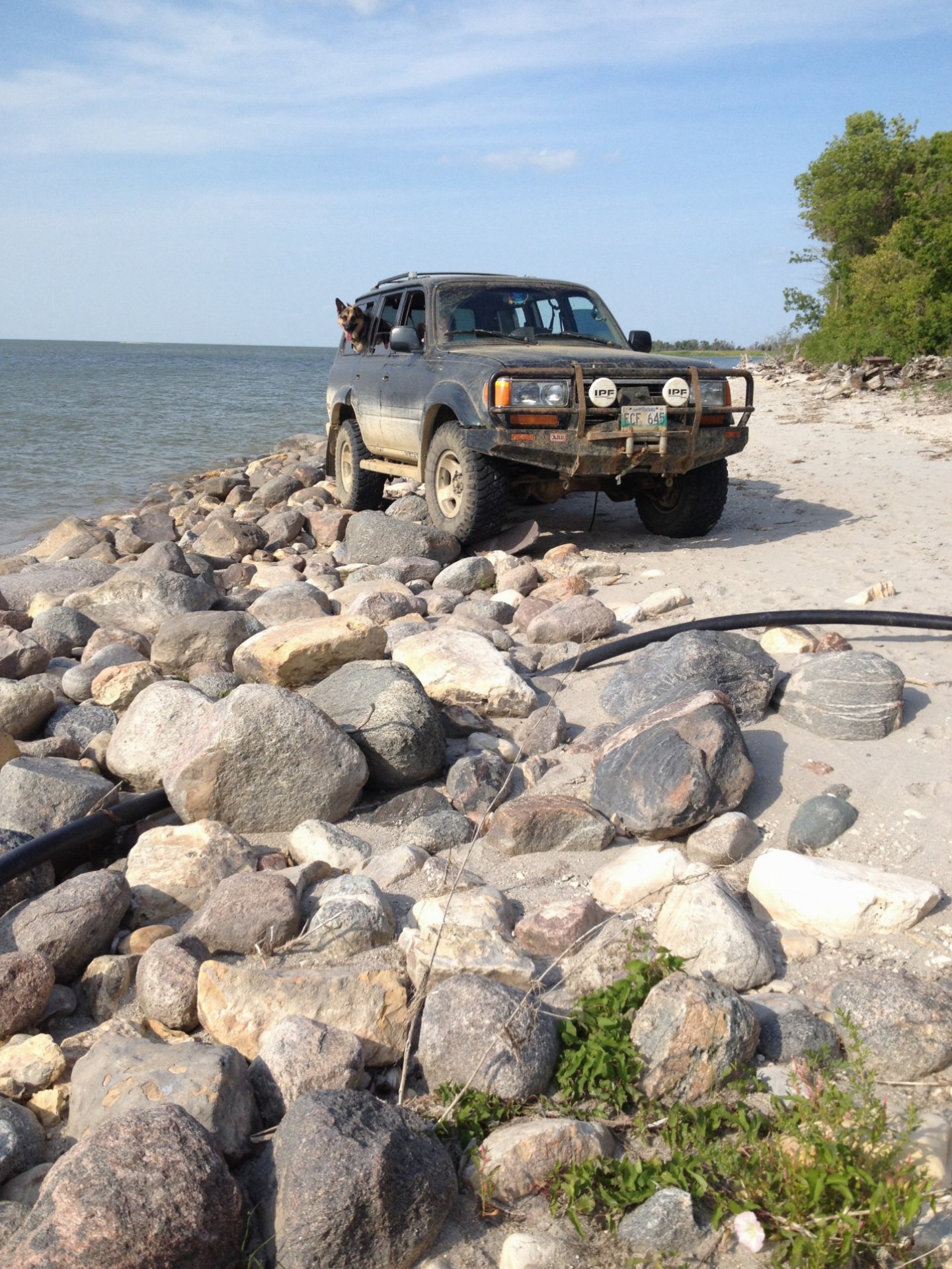 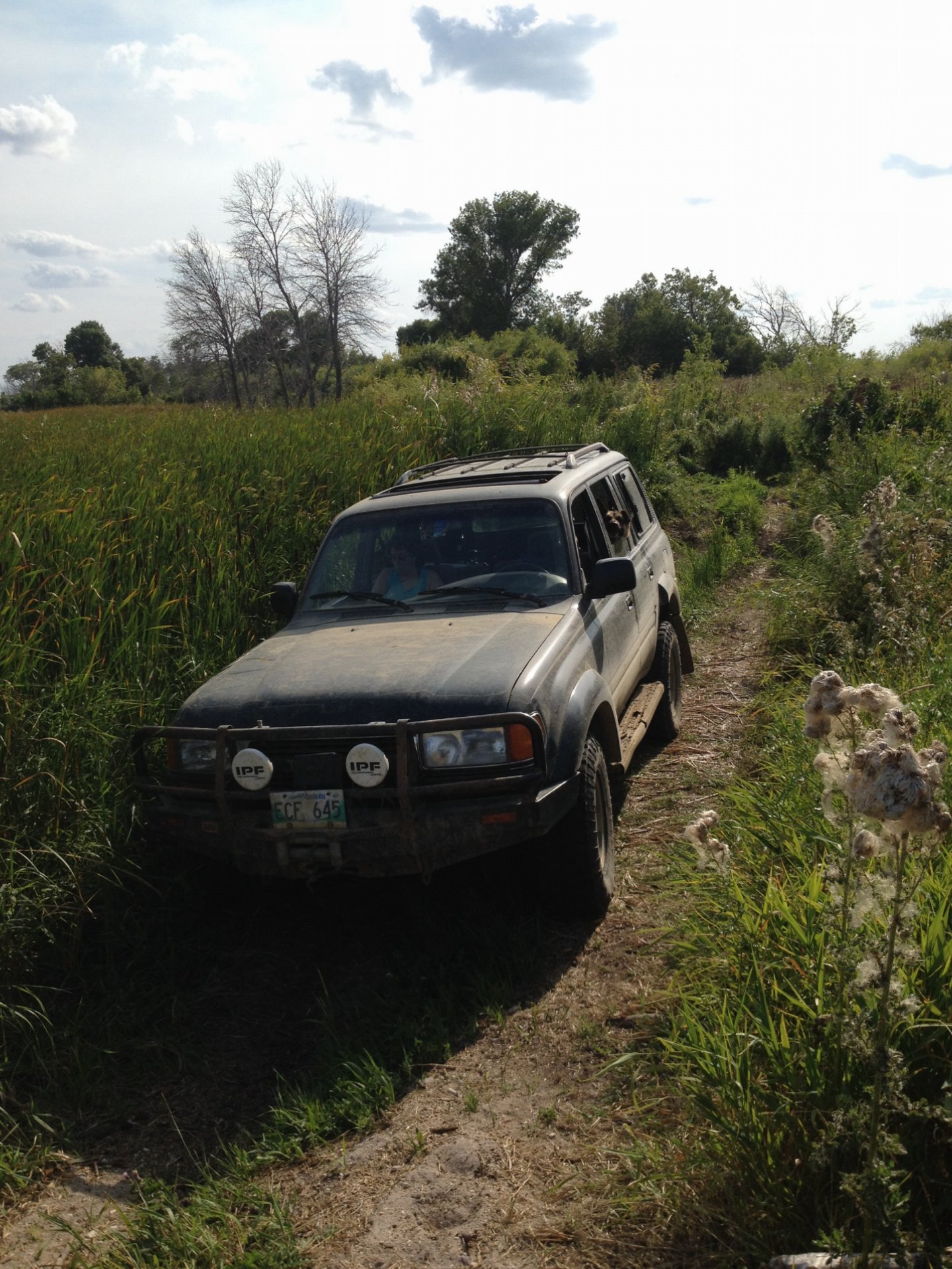 @Burbot, ya, the price made it too hard to pass up. Definitely spent the difference right away on all the replacement parts, but I still think I did quite well!

Also, here are some of the pics from initial post now that I've figured out how to post them. These are of how it arrived to my hands. Next batch will show some of the improvements. 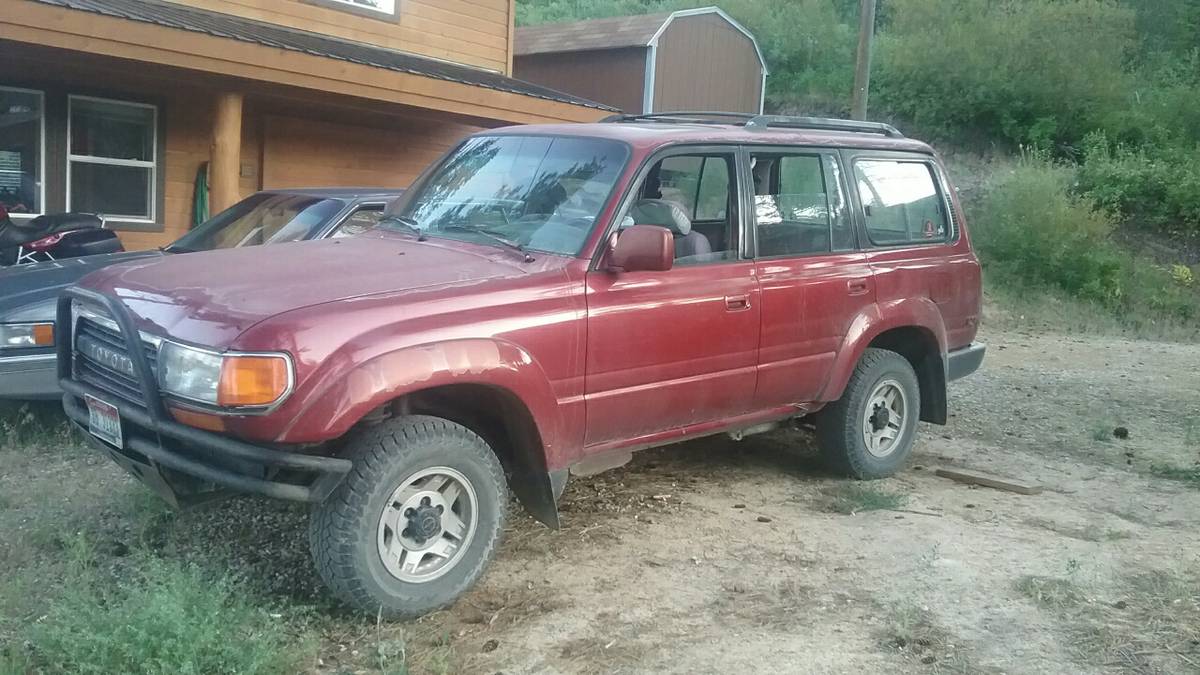 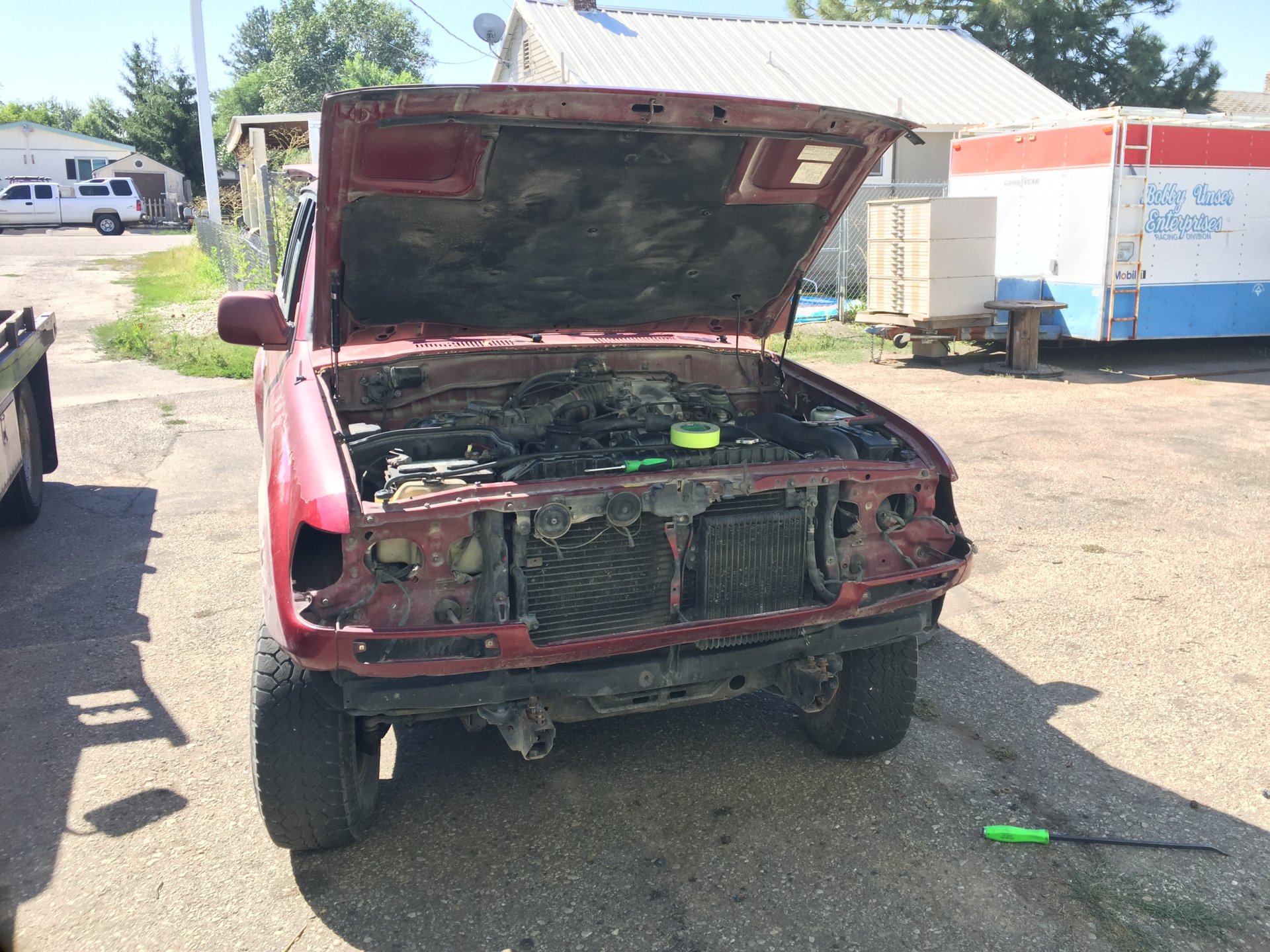 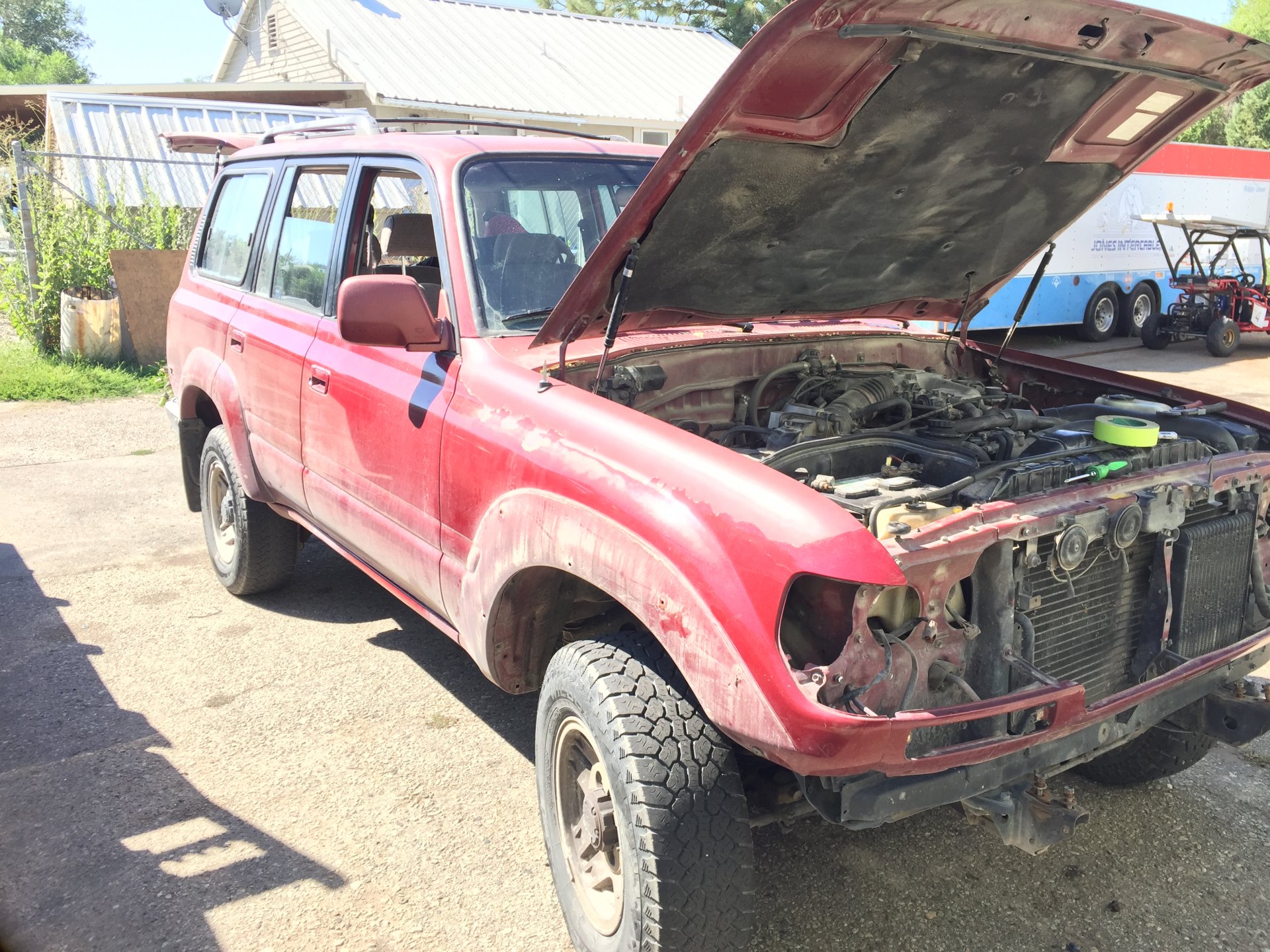 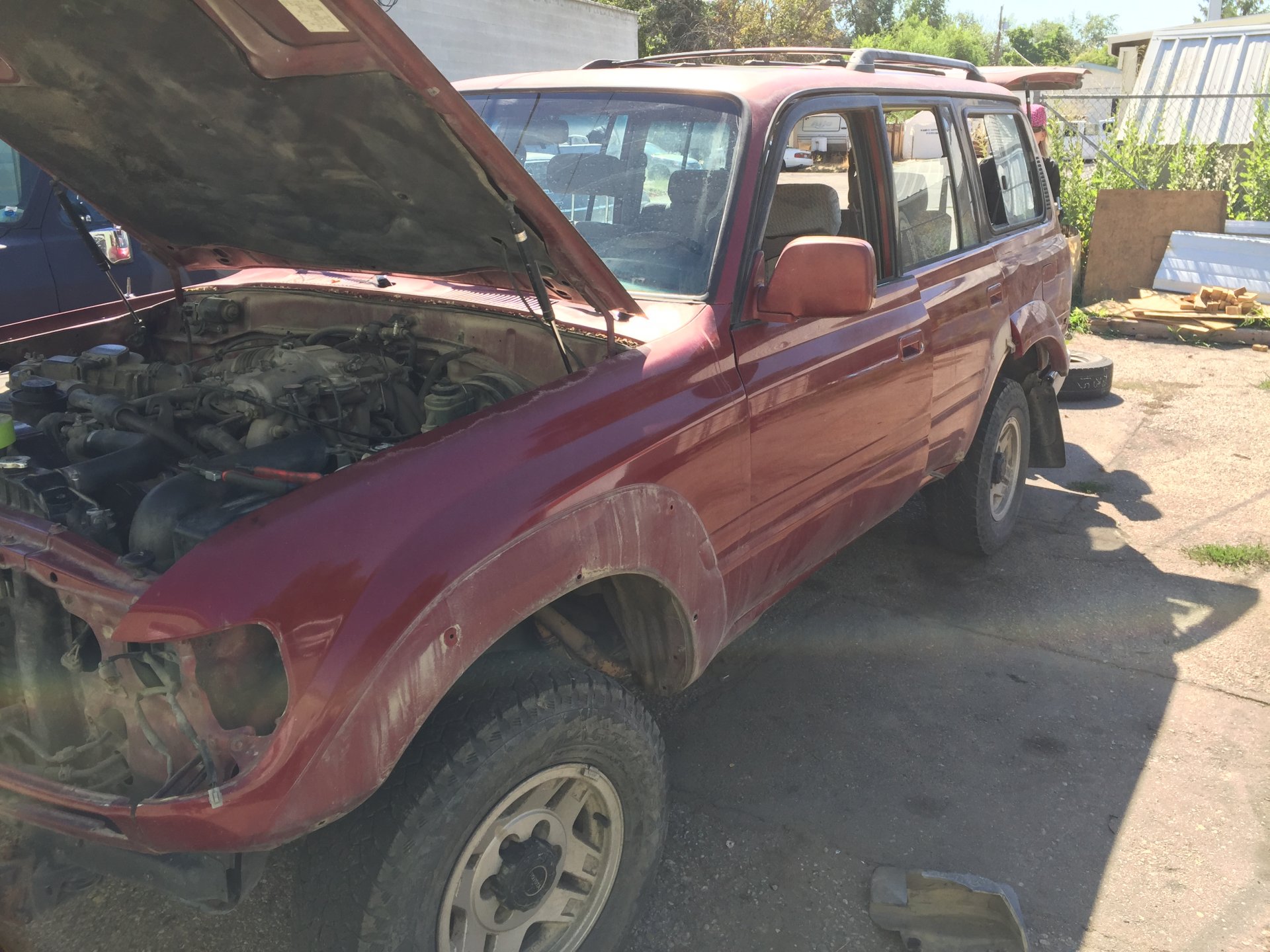 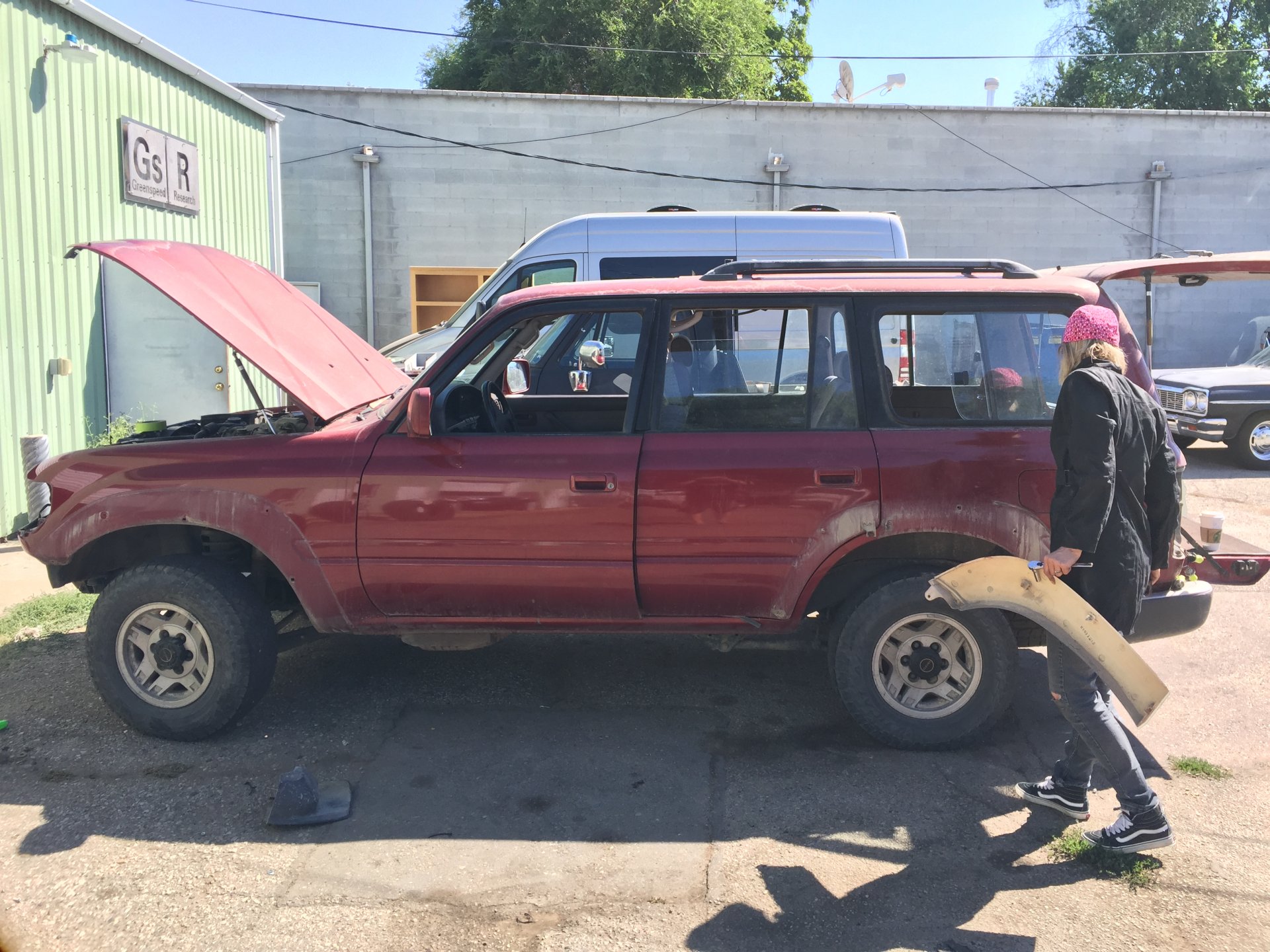 These show tackling the headlights a bit 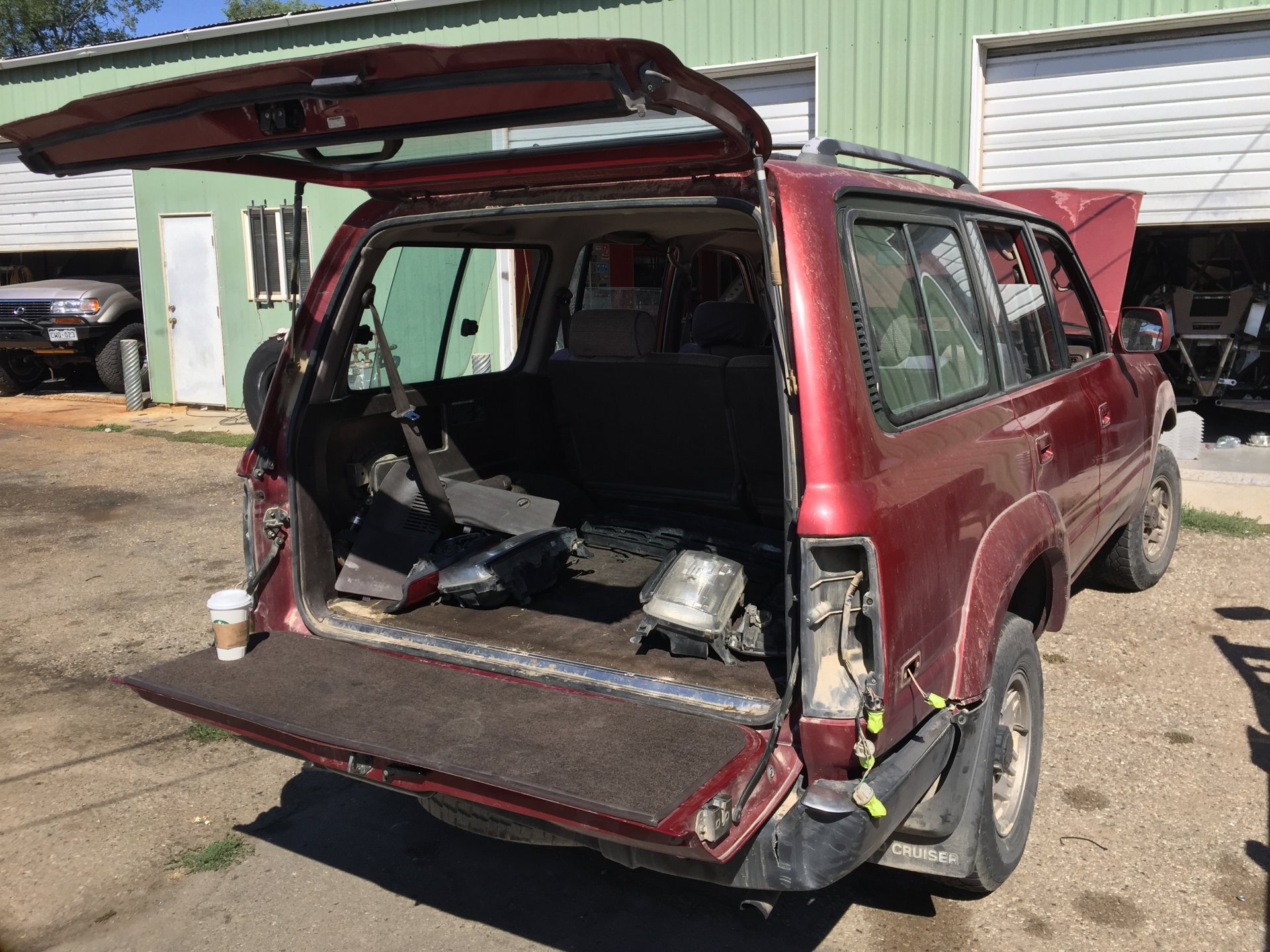 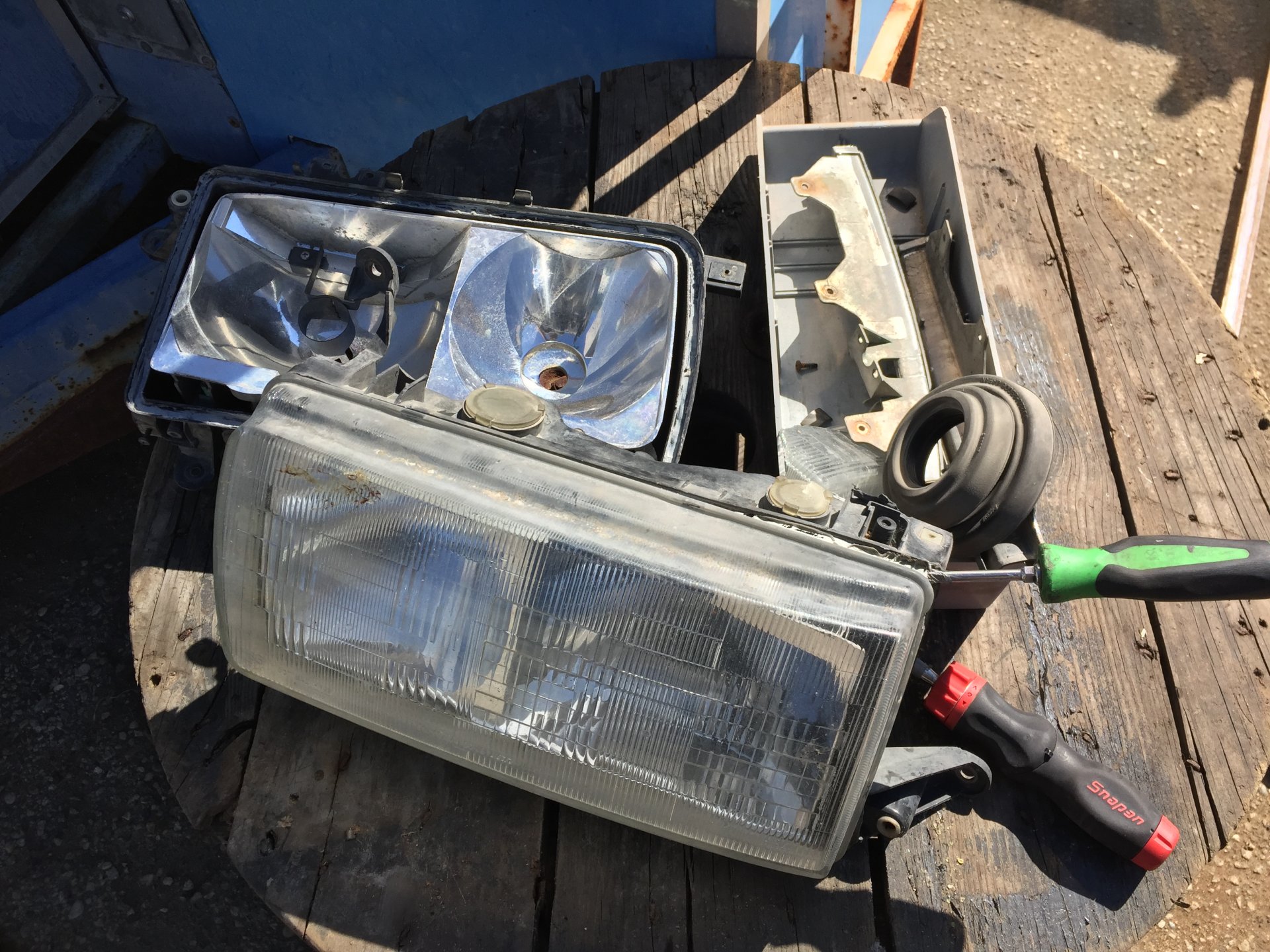 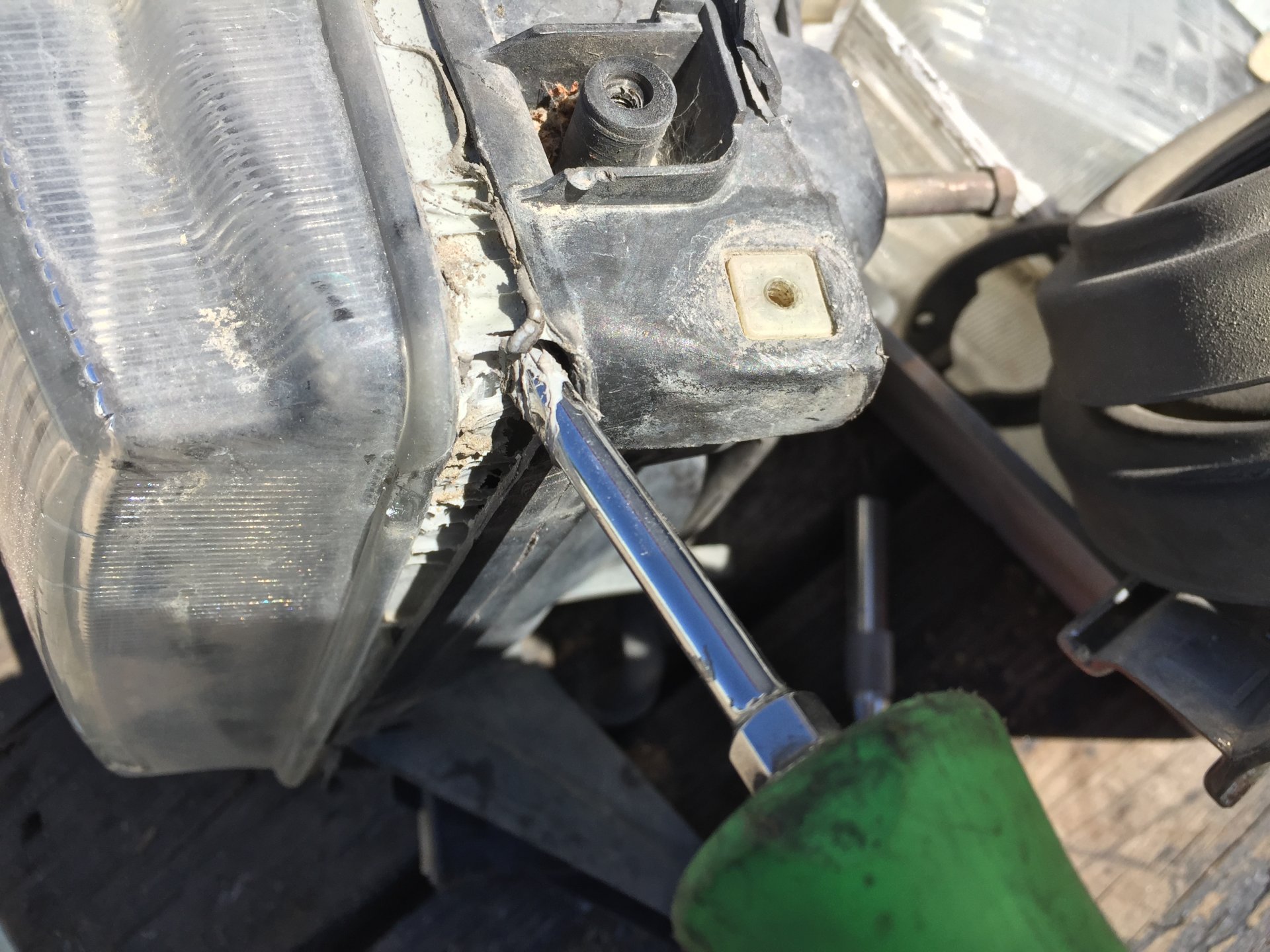 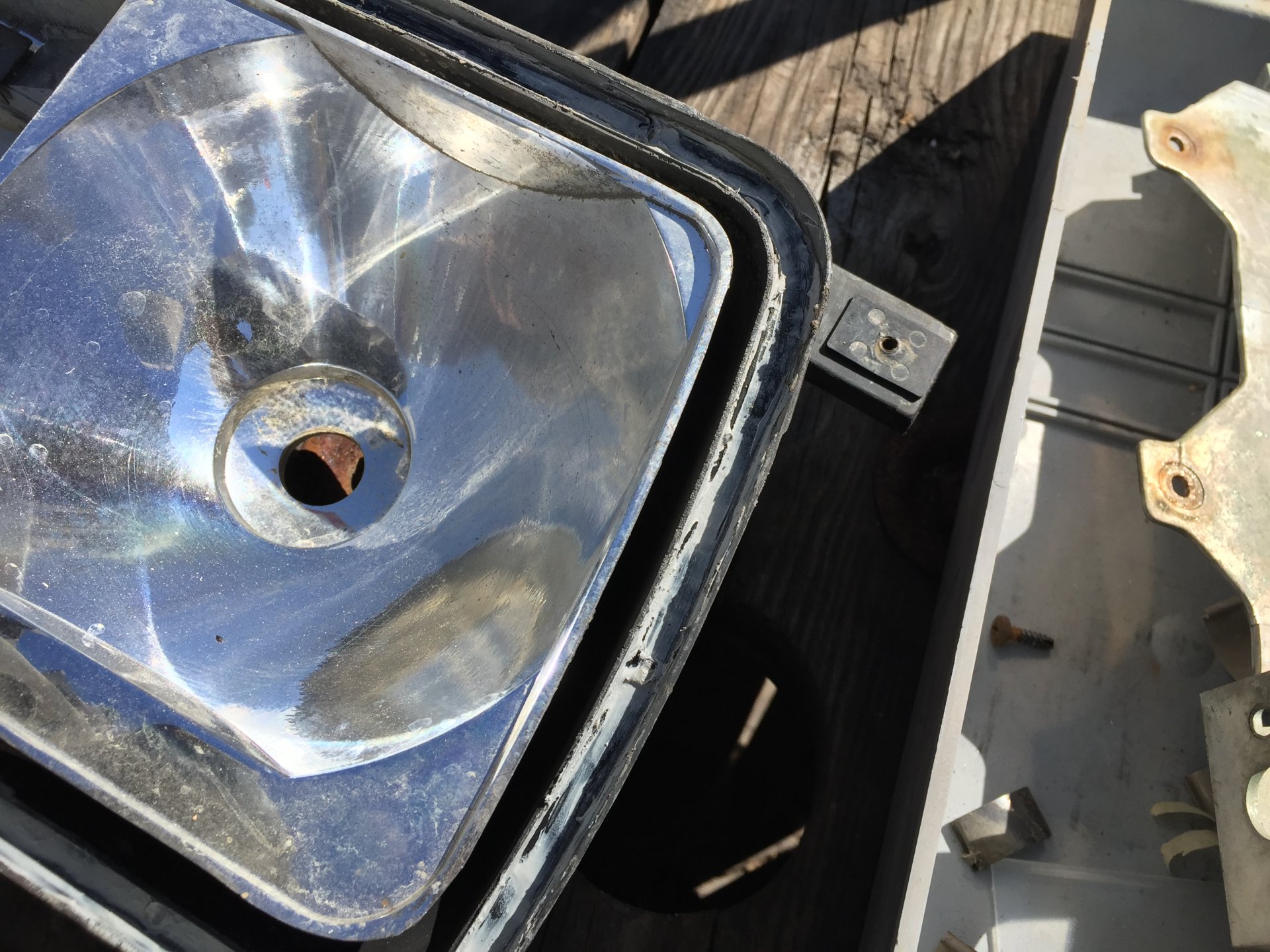 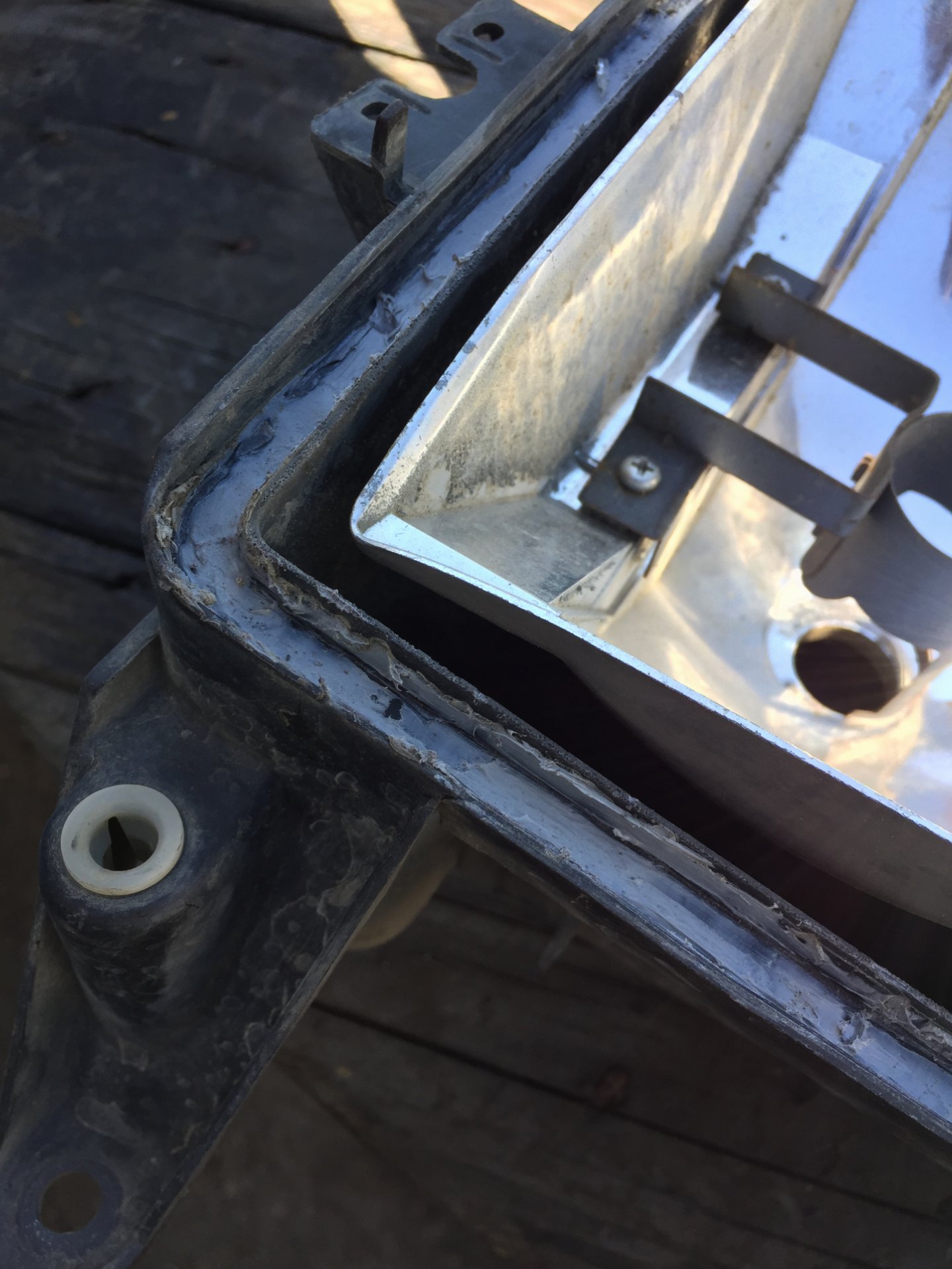 The rest of headlight tackling and some LED relay goodness. The LED relay works great, next post will have the packaging in case anybody hasn't seen that. 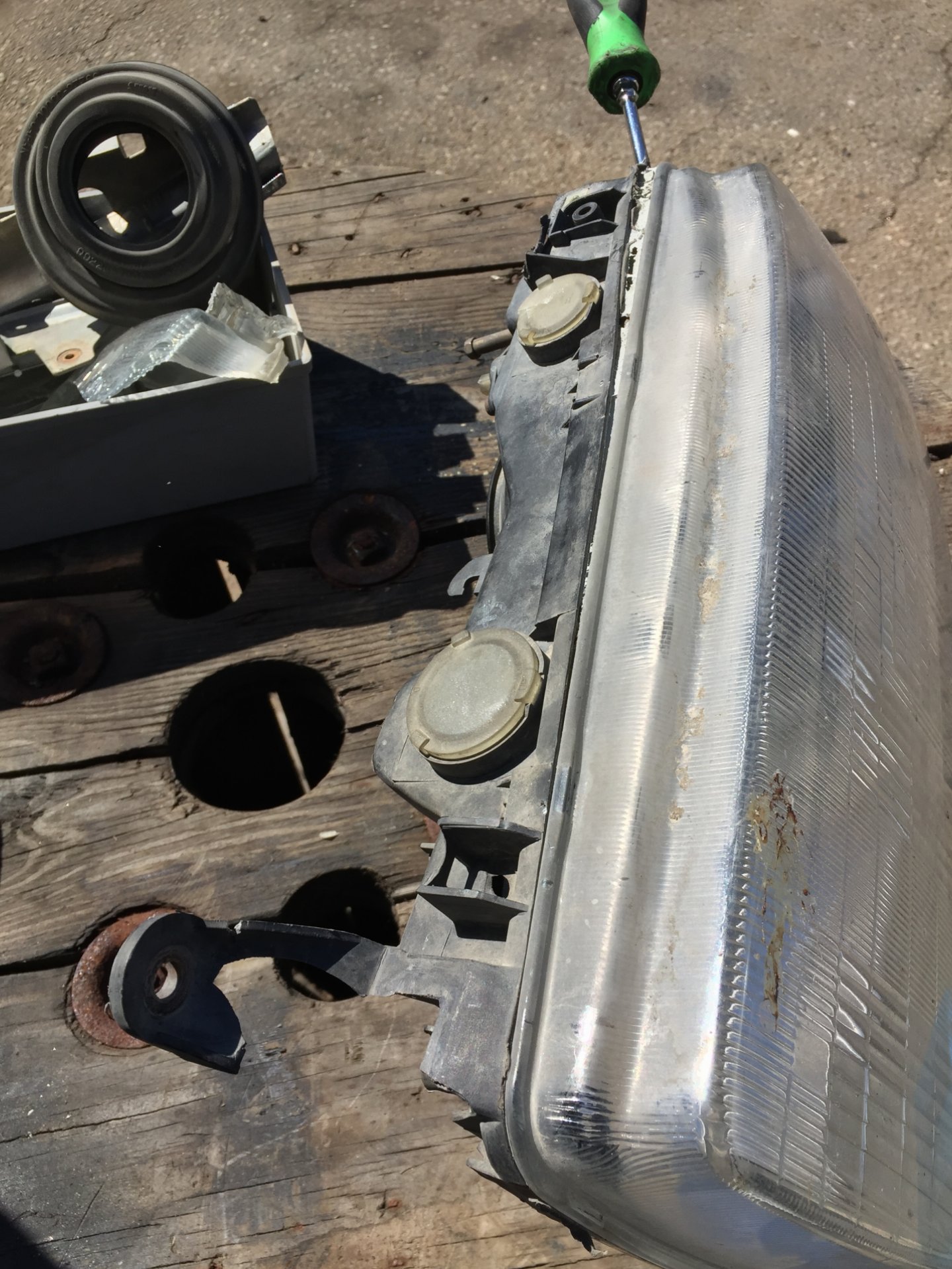 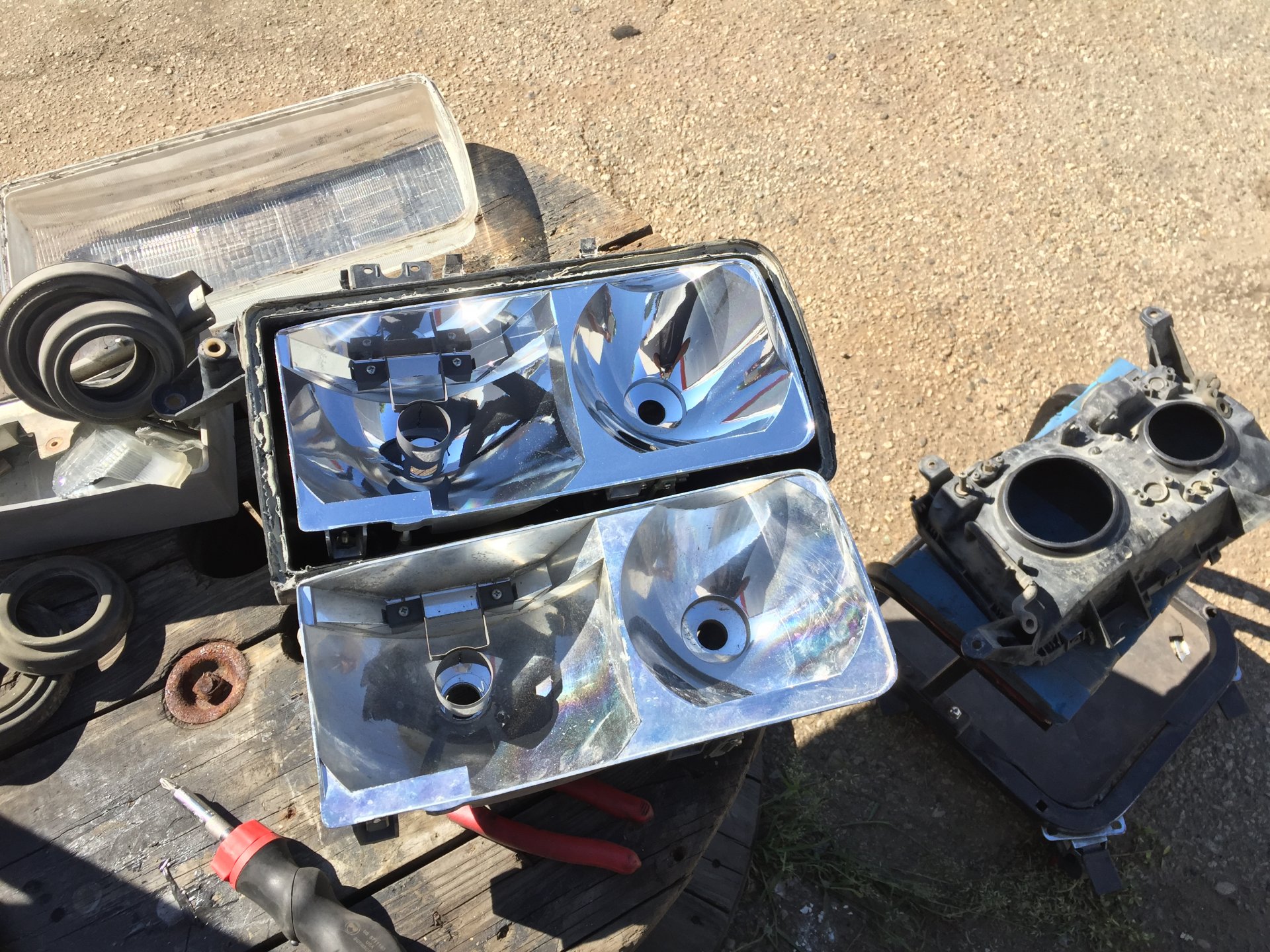 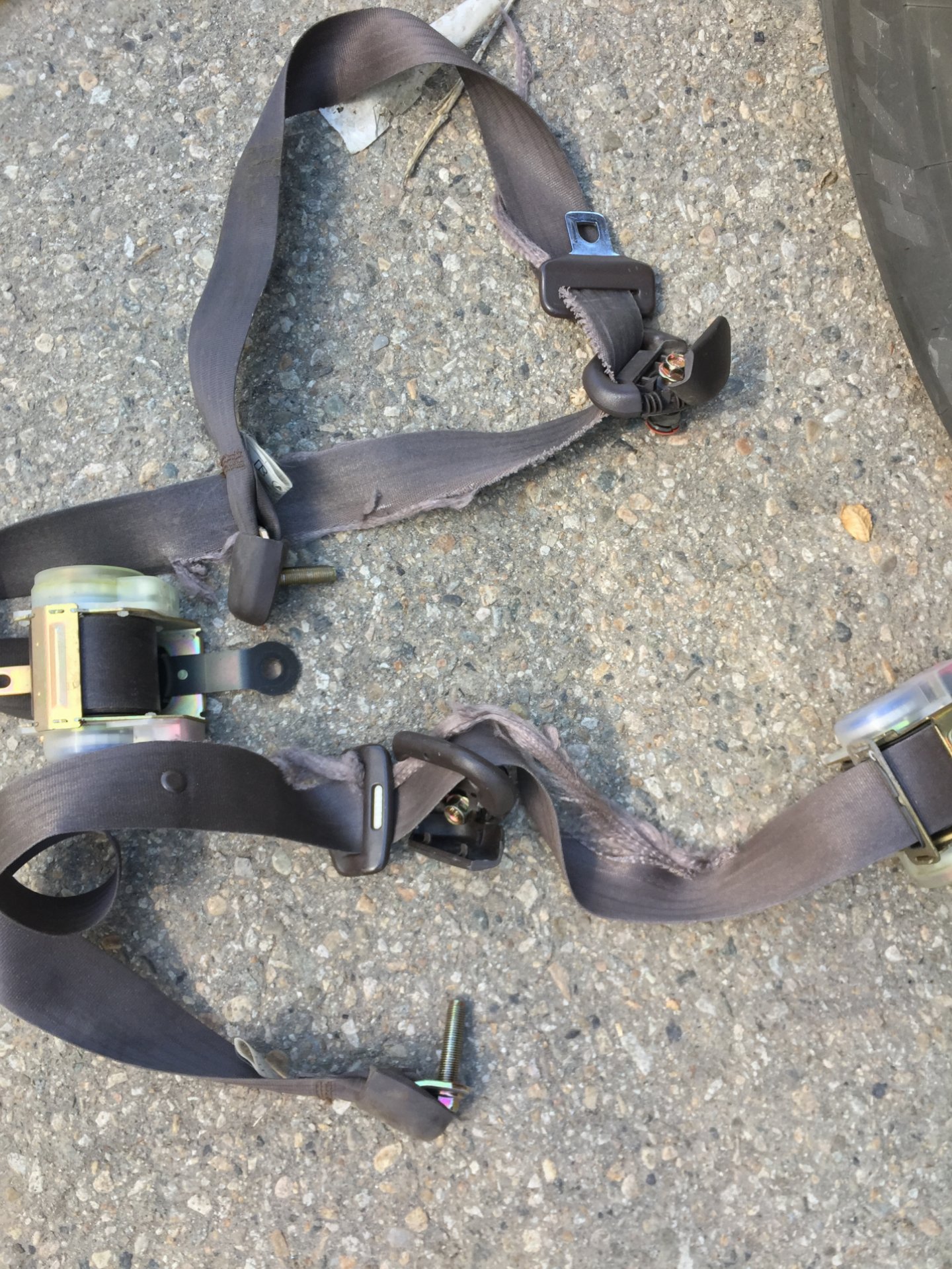 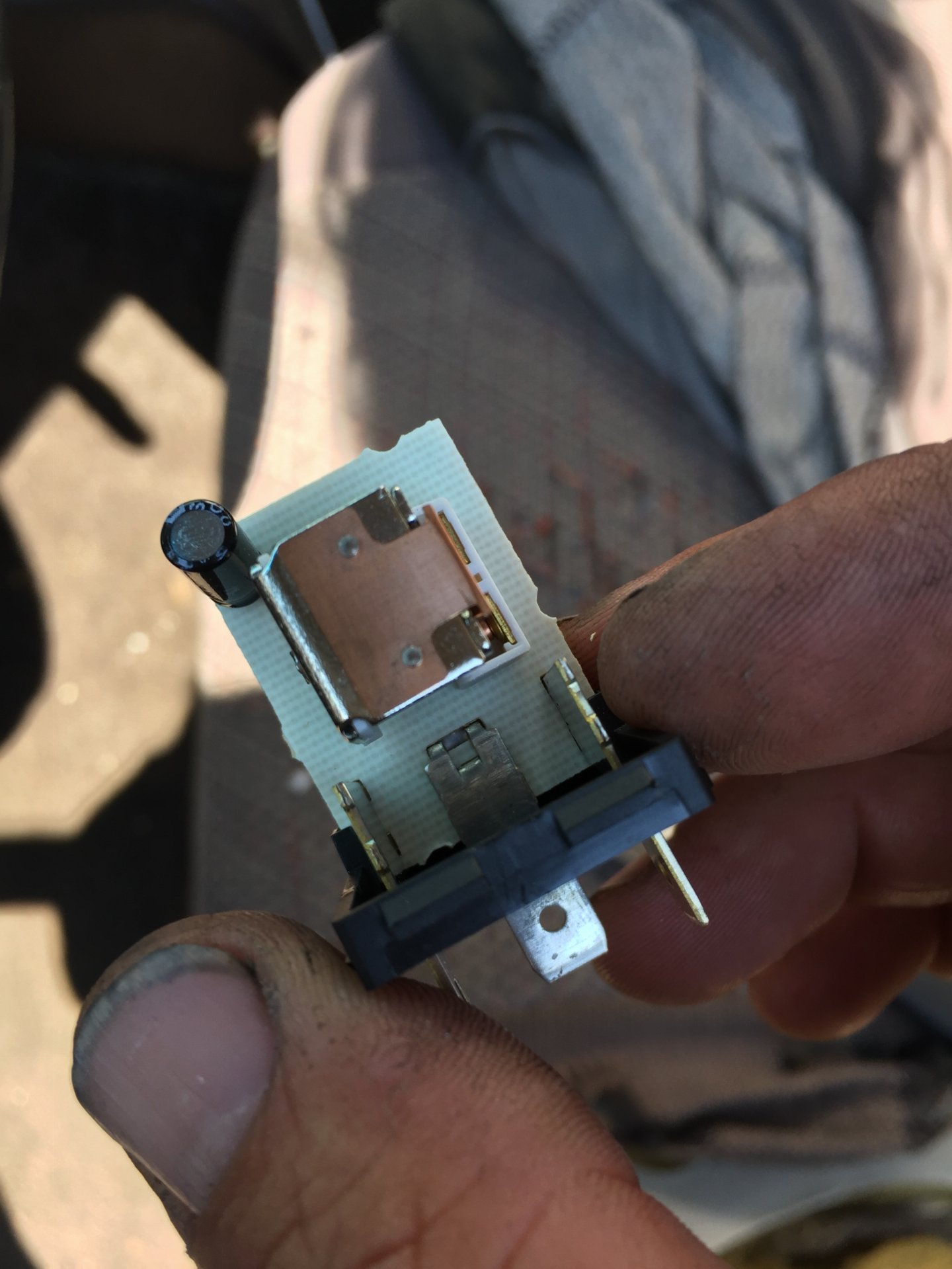 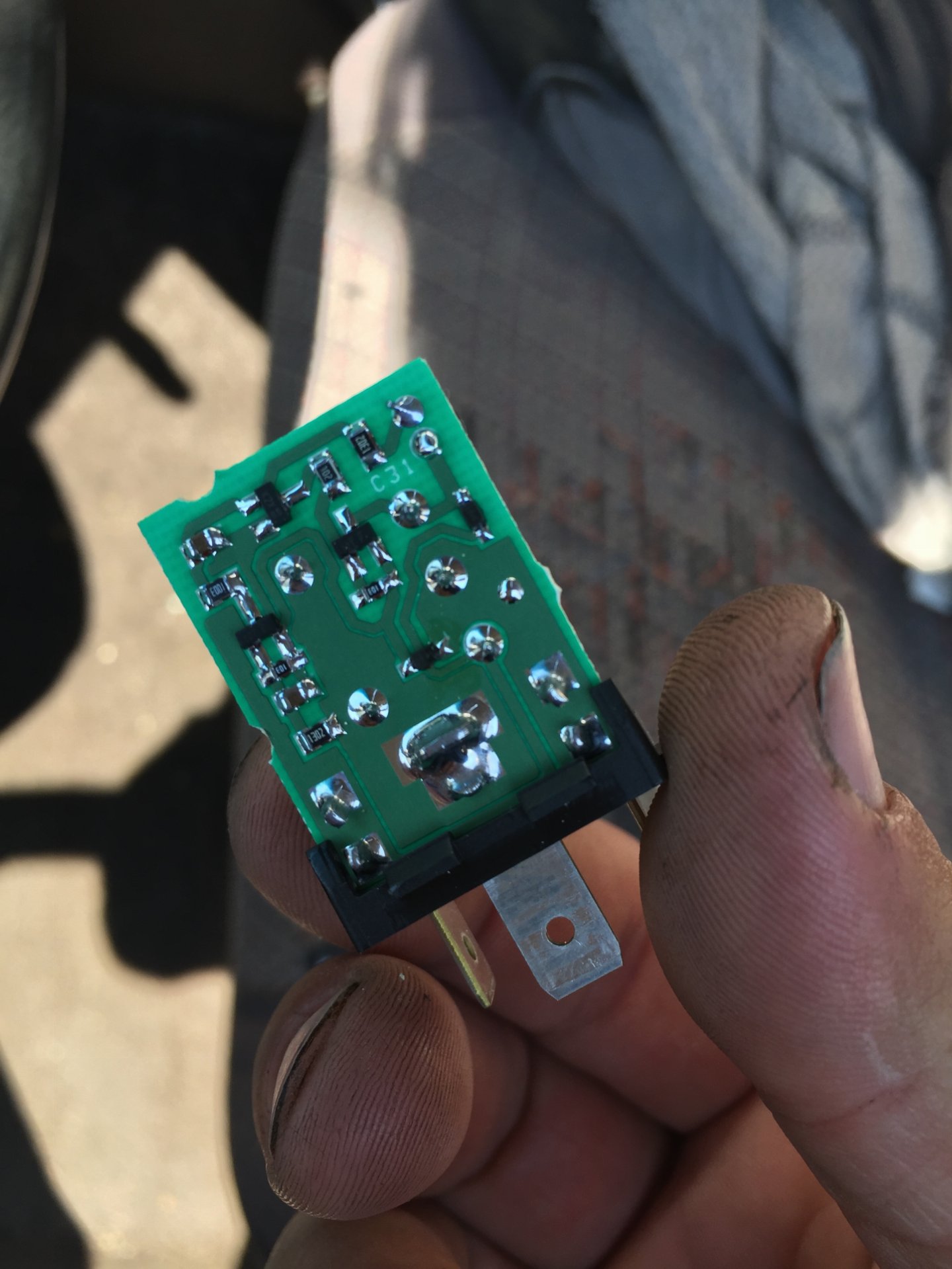 Model number and packaging for the LED relay (this one came from Advanced Auto for about $10), back of the gauge cluster showing the four green bulb holders that I swapped with red LEDs, the garbage seats I replaced, and a pic of the primered rig at the salt flats. 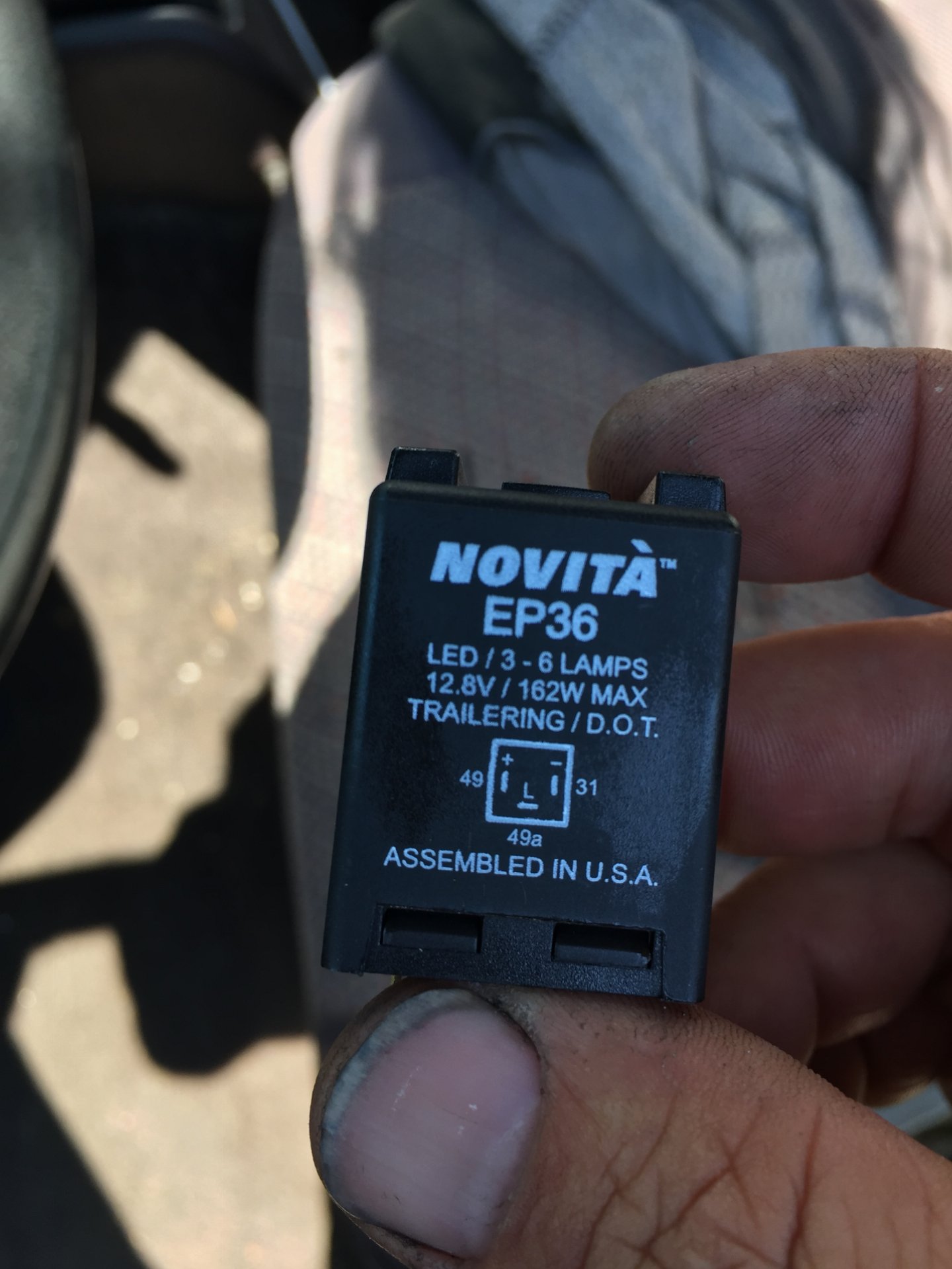 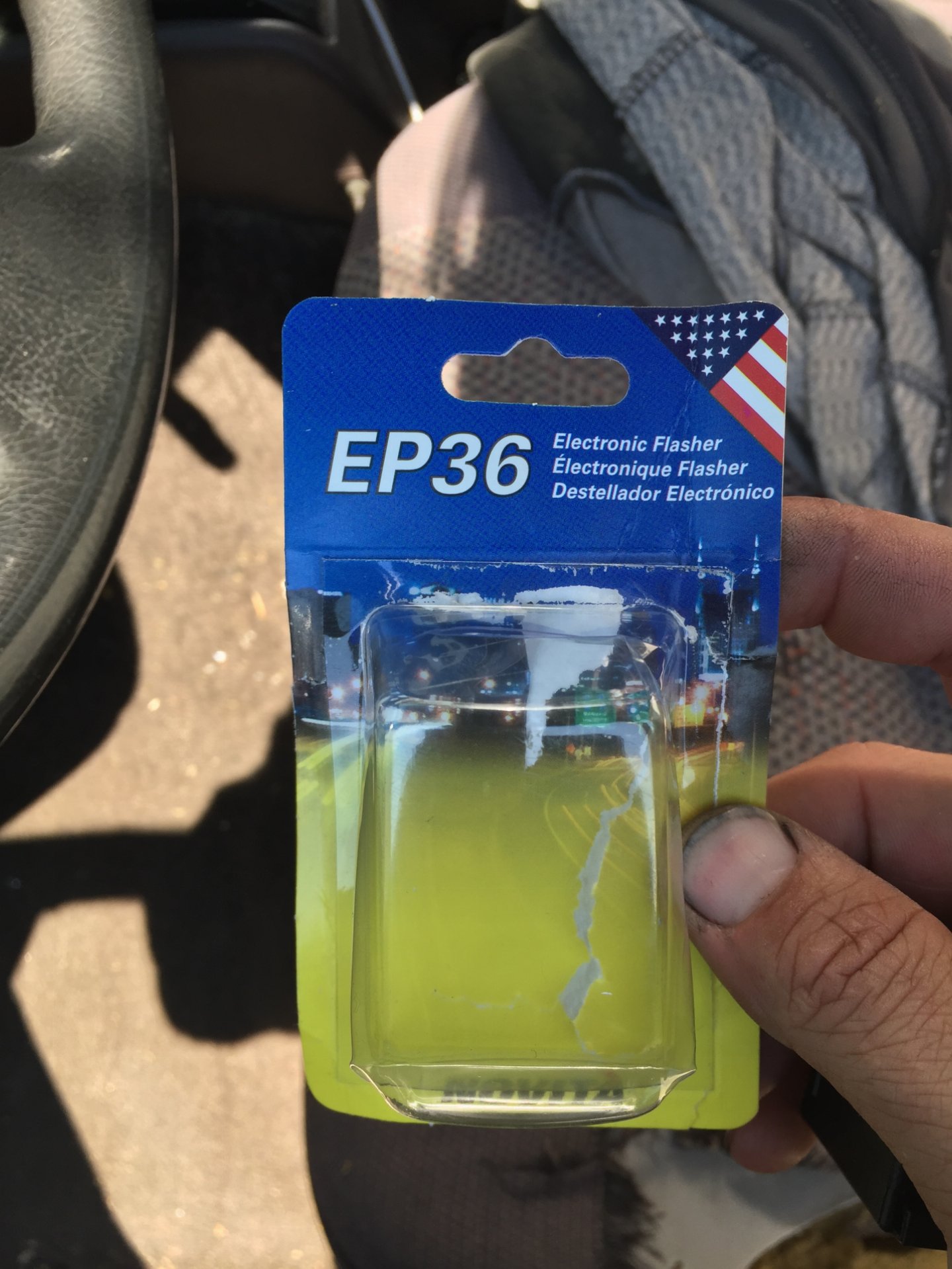 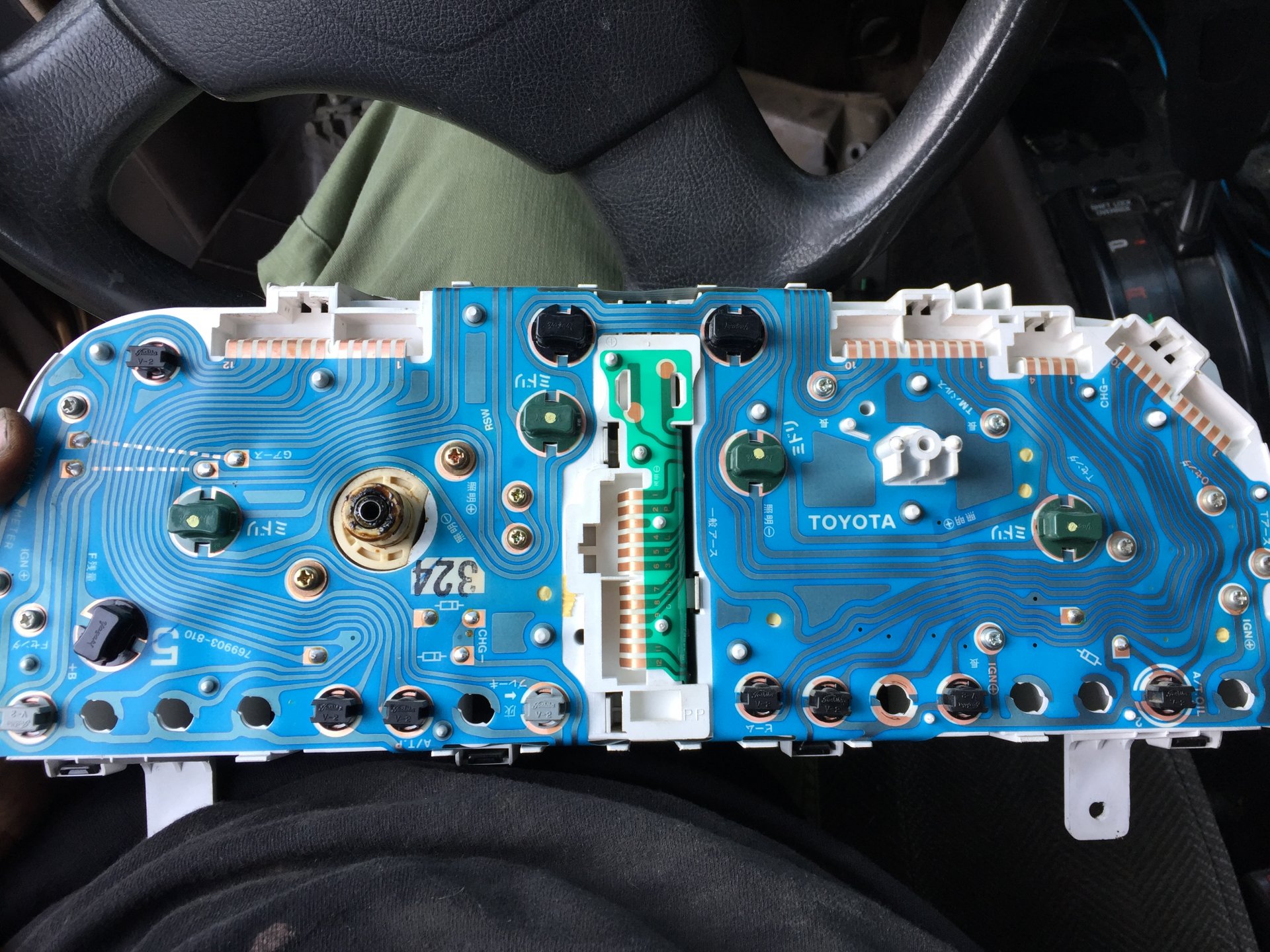 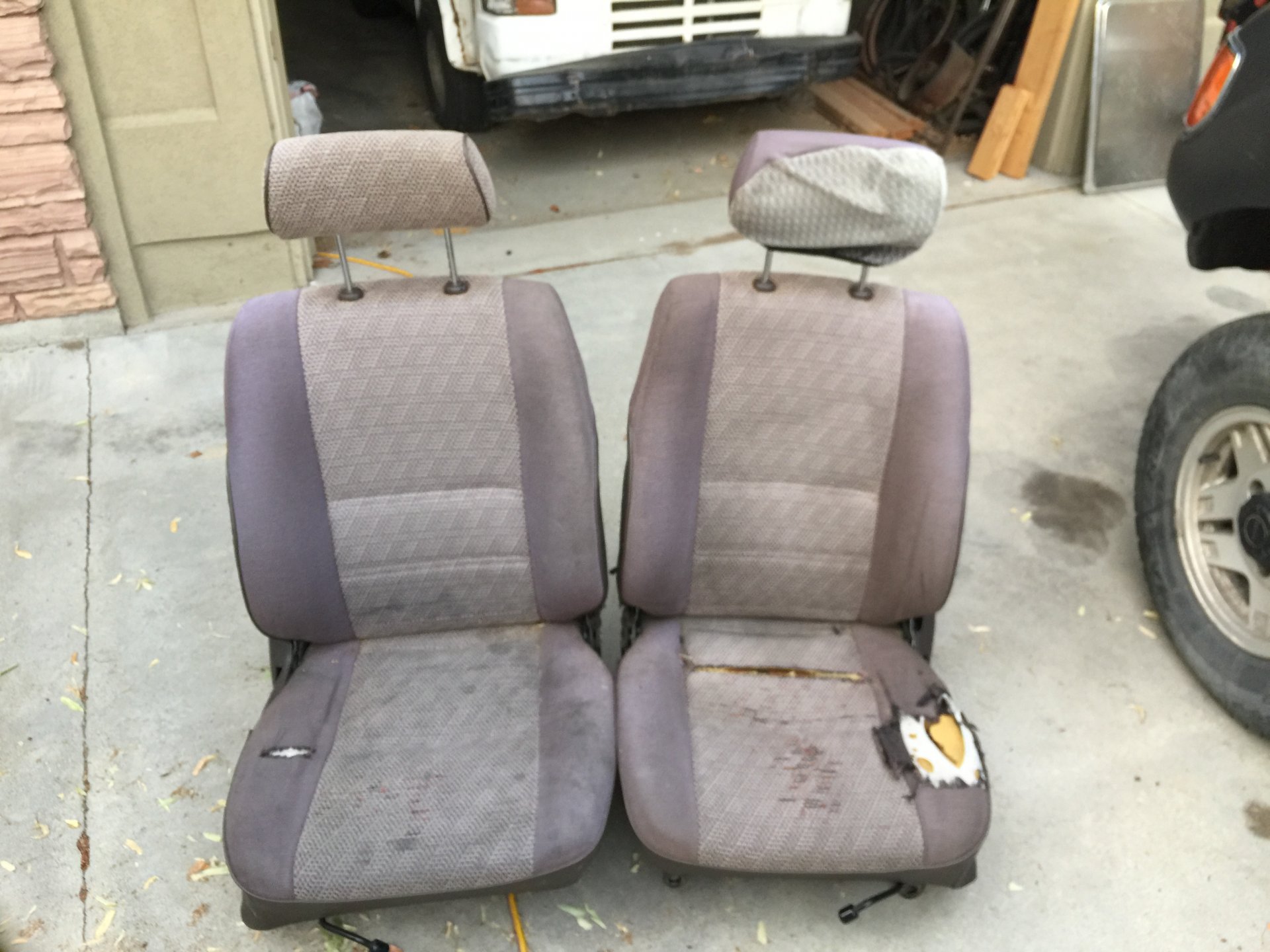 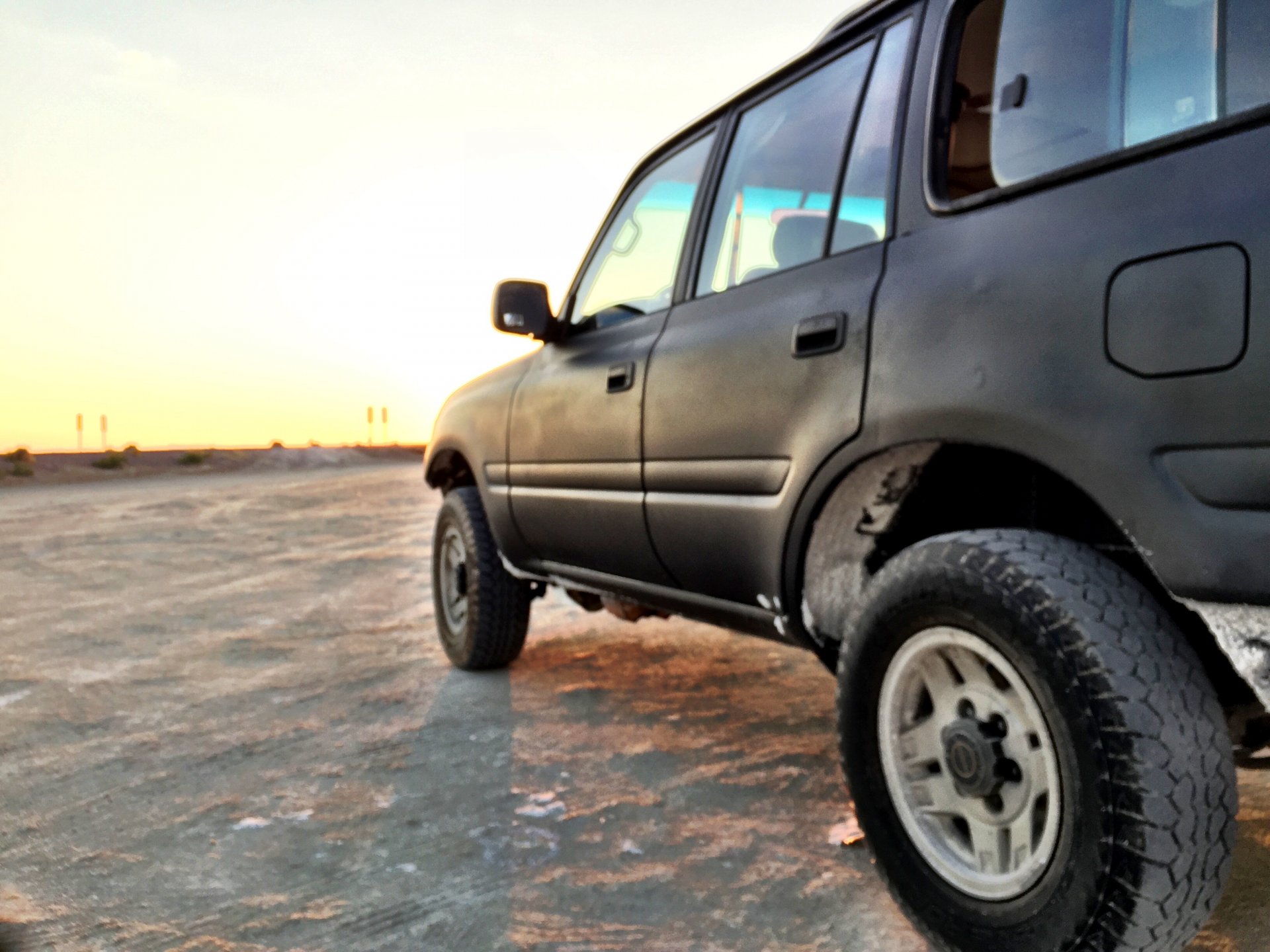 Another pic of the rig at the salt flats, a couple "artsy" pics the wife took to show off her paint job, all the parts leftover after I finished working on it yesterday (and it even still runs!), last pic is me wondering what goes in the lower left (round) hole, and the little rectangular hole next to the dimmer. I know the diff lock goes in the square one on the right, but I don't know what goes in the middle there. 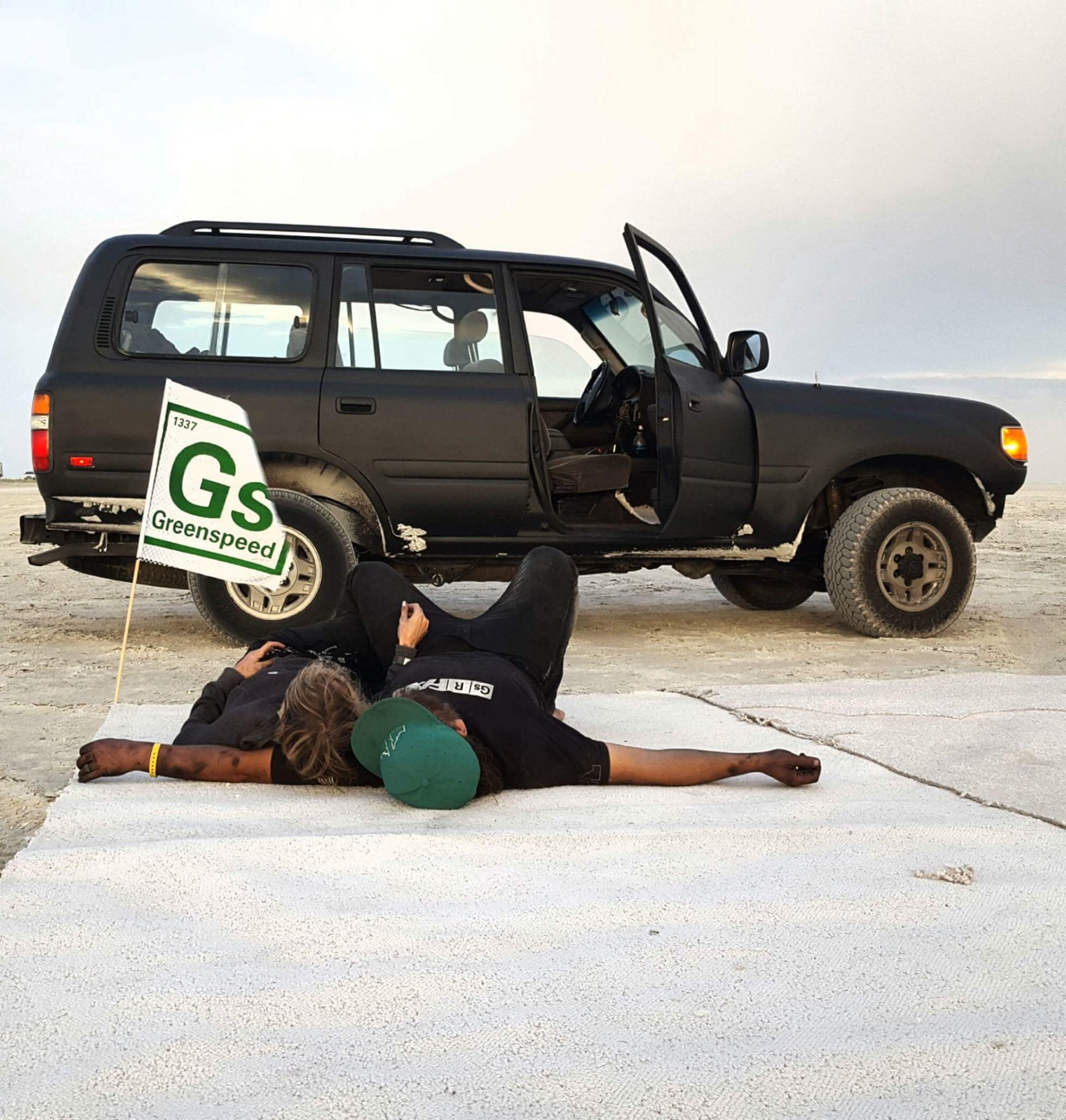 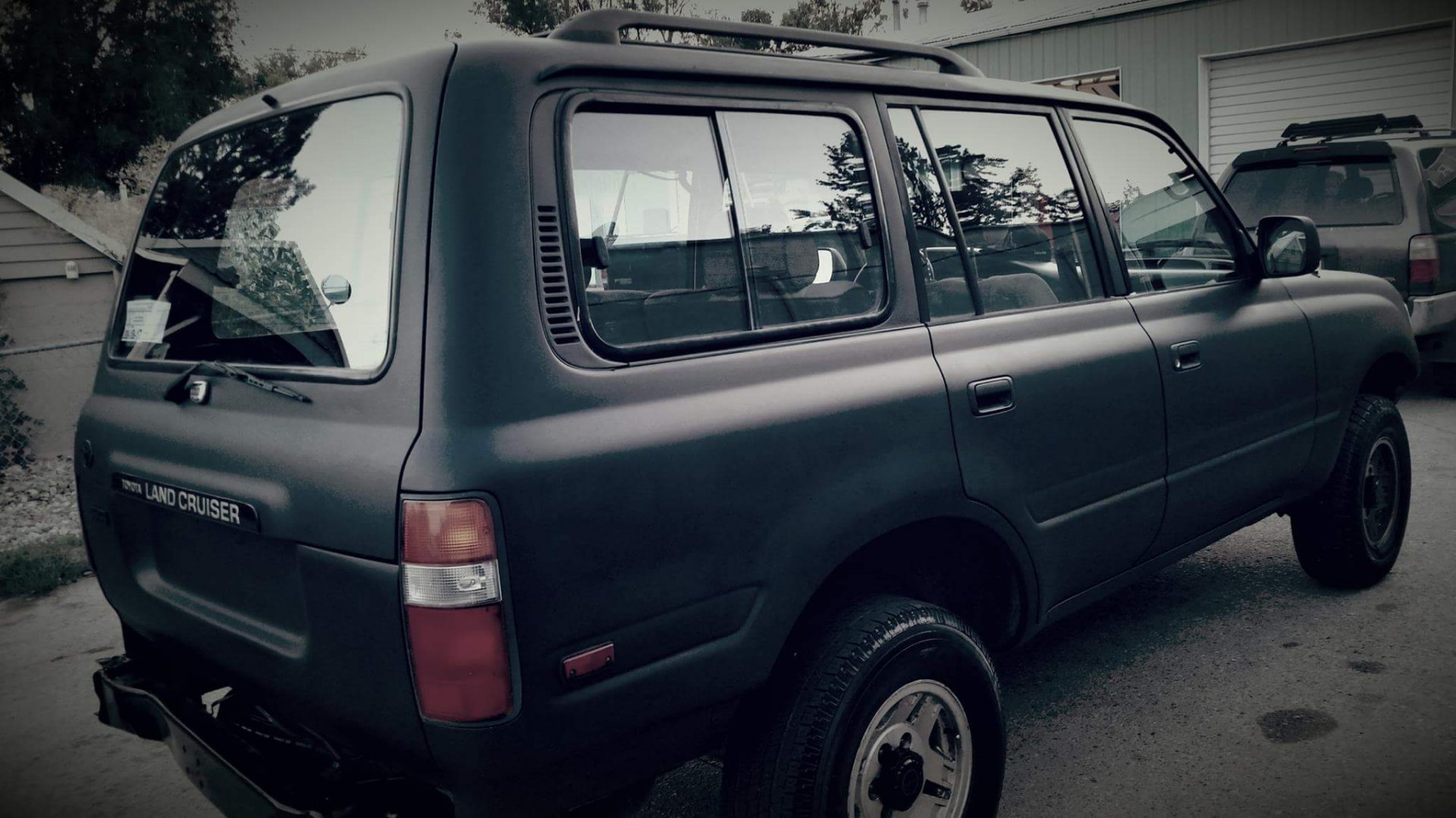 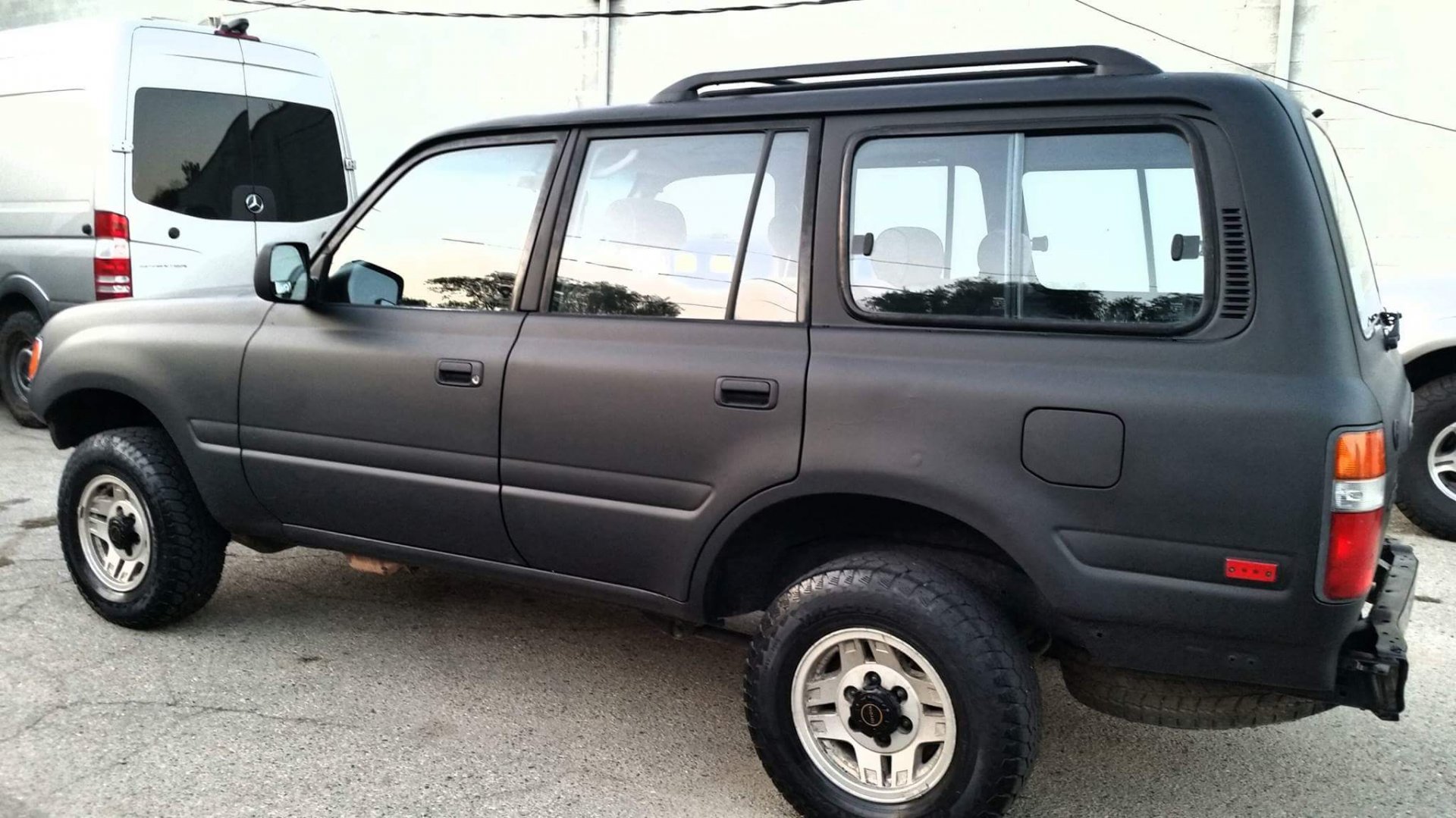 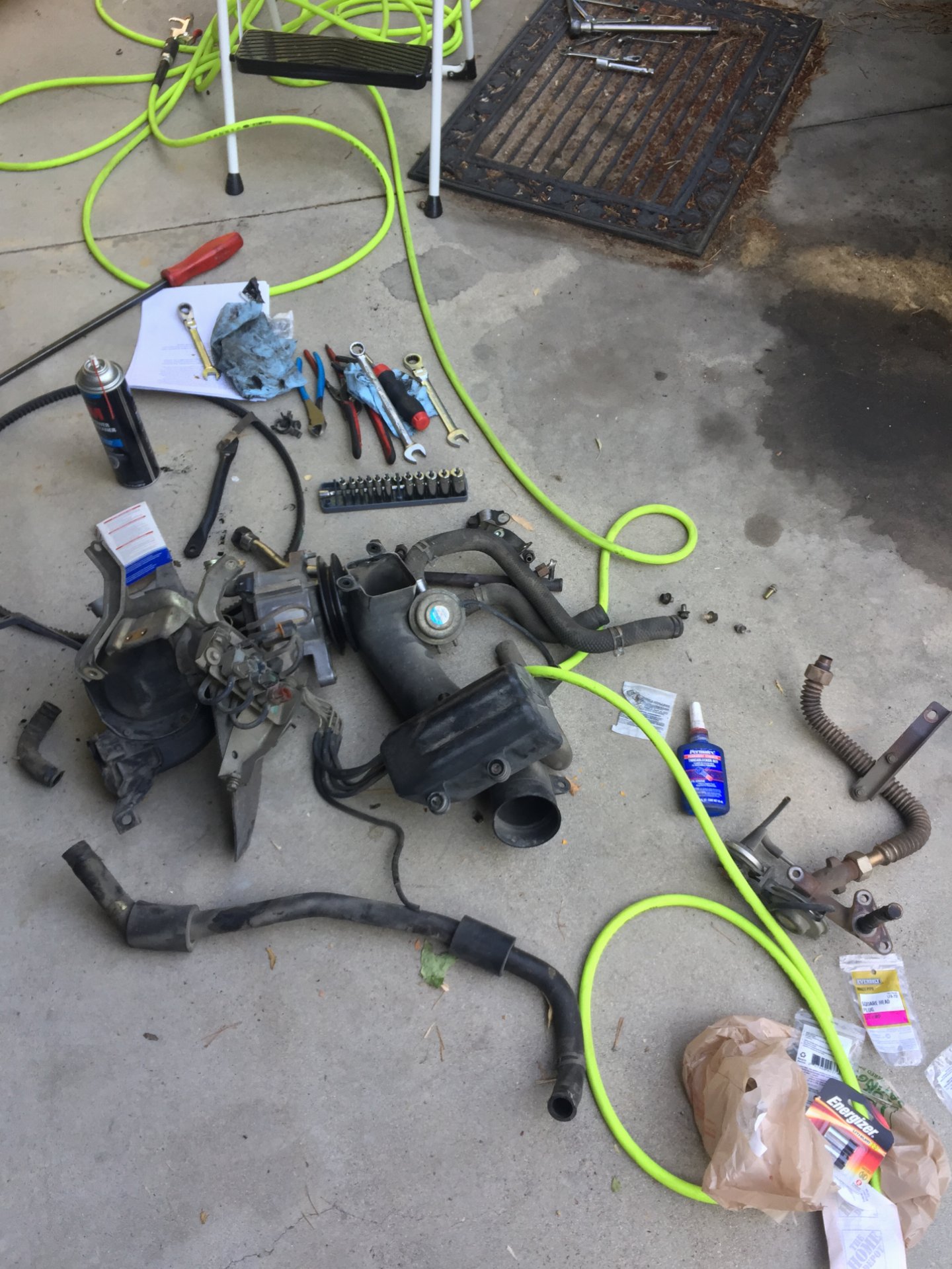 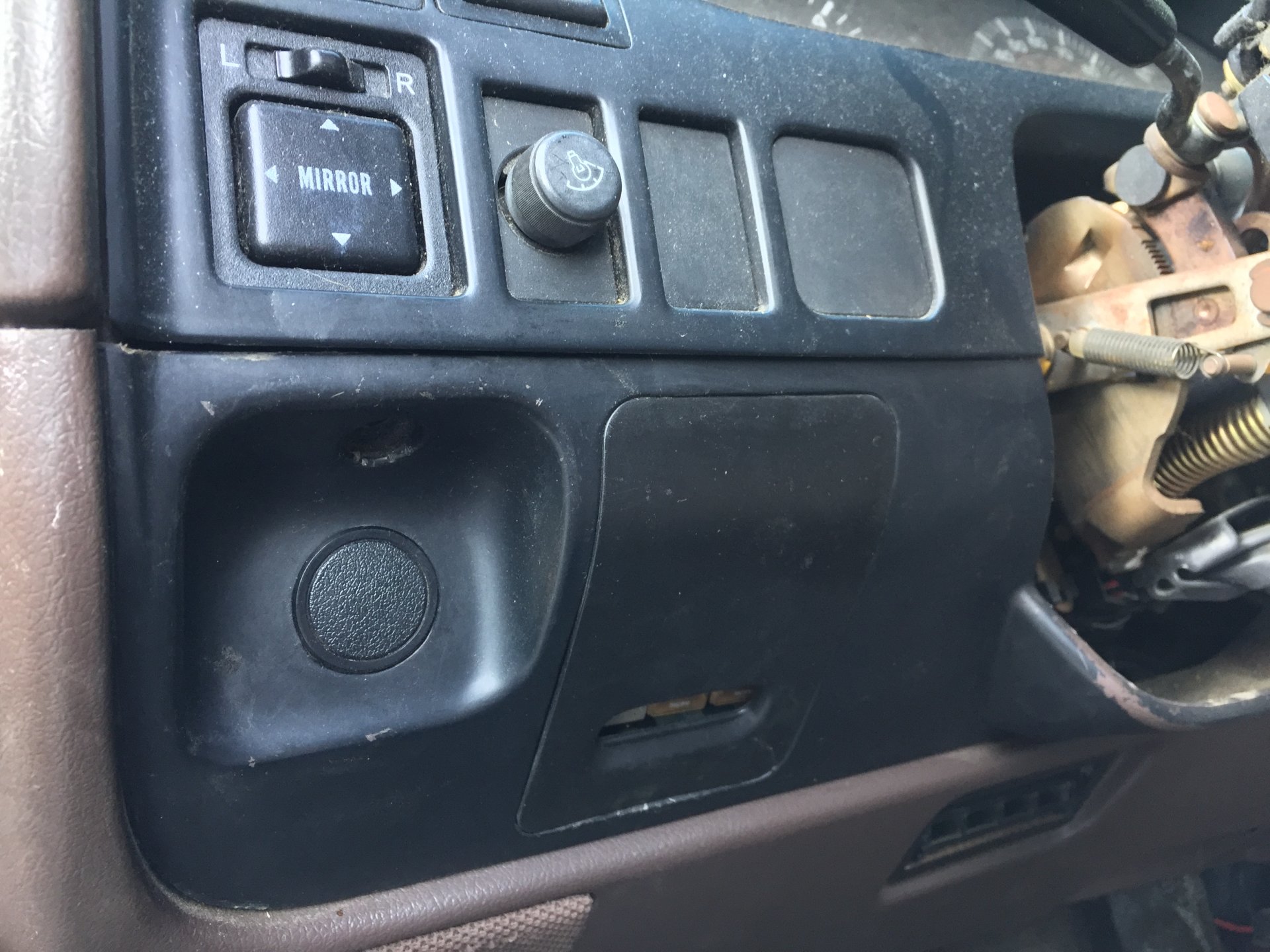 That looks so cool compared to start r those like lil boots on there(15)? The ECT is your electronic controlled transmission selector switch

Yes, that was before replacing the tires/wheels with 265/75/16's last week. Looks waaaaaaay better now and drives nicer too. I'm going to have to read up on the ECT now, thank you.

@Burbot here's a pic with the newer wheels/tires. Looks a lot better imho. 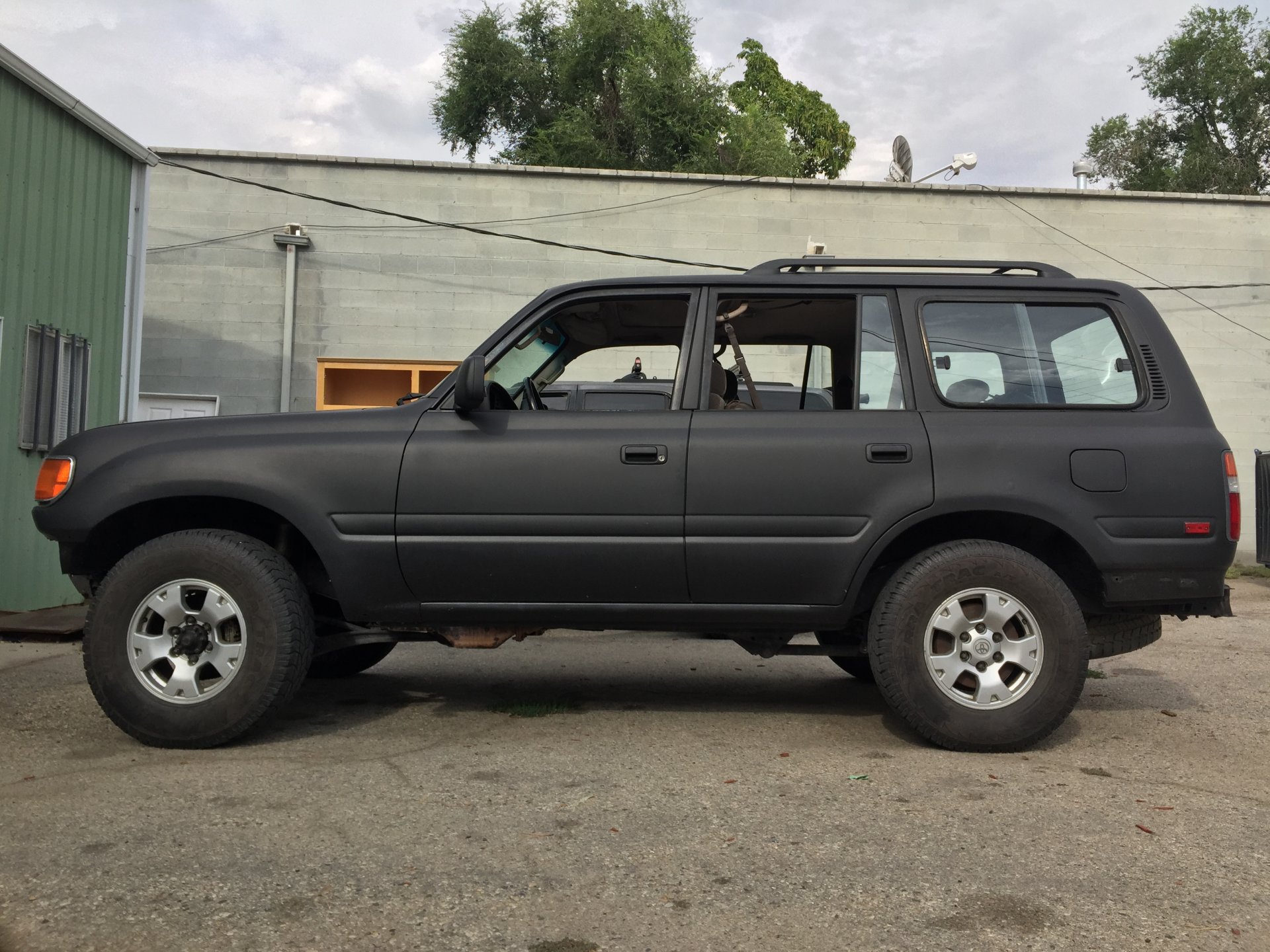 Looks trail worthydoesn't that salt eat your truck?mines winter driven in a salt slurpee. I cringe when I see it in quantity.

Yes, but this thing is our only road trip capable vehicle at the moment. It got throughly washed after and it won't be making the yearly trek again.

swankstar said:
Another pic of the rig at the salt flats, a couple "artsy" pics the wife took to show off her paint job, all the parts leftover after I finished working on it yesterday (and it even still runs!), last pic is me wondering what goes in the lower left (round) hole, and the little rectangular hole next to the dimmer. I know the diff lock goes in the square one on the right, but I don't know what goes in the middle there.

the square is where the electric diff lock switch goes, the round one is where the cable to choke engine and leave it at speed goes (don't know how you call it in english) it comes in diesel engines (mine is a 1HD-T)

I'm familiar with the diff lock switch, i'm talking about between that and the dimmer dial. There is a rectangular hole there. Is that for a clutch override or something on the manual ones?? Didn't know about the "cruise control" cable, I'll have to look into that one.

is not cruise control cable...will run out, take a pic of mine and post it...my dash is the newer one, so is on the other side, but serves the same purpose 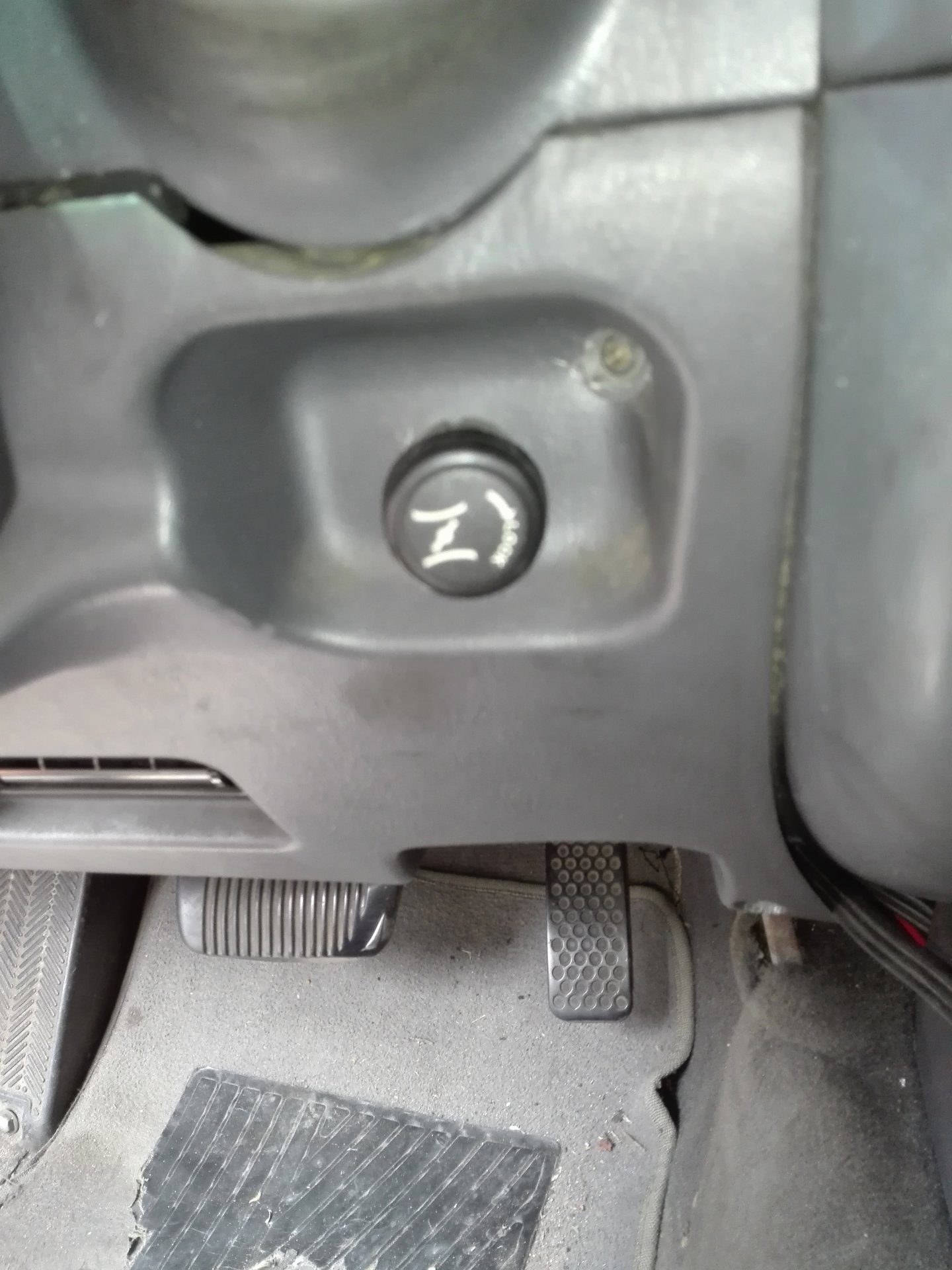 Your build looks good. I am in the market for an 80. I might have a deal, trading my Xterra for the 80.

do you still have the fender flares
You must log in or register to reply here.