Backup Camera for my FJ40

I have really been spoiled by the backup camera in my Subaru Forester, especially when hooking up a trailer. After scraping up my bumperette on the tongue of my trailer, and noticing how limited my view was when backing up in a parking lot, I finally decided to install a back up camera on my FJ40.

I wanted a stand alone system that didnt use a stereo receiver and included the camera and monitor. I did a little research and decided to go with a Boyo system from Crutchfield which was $100.

The install was pretty simple on the FJ 40 and didnt require any drilling or anything else that didnt come in the box, if your reverse lamp and switch are operational (mine hasnt been for years). The only electrical connection is at the interior side of the reverse lamp which, on the 40, couldn’t be easier to access even if had been engineered for it at the factory.

Mounting the monitor is even easier using either the adhesive mount or the suction cup mount. I used the former.

So here’s my result:
The thing system is really affordable and simple to install. The monitor image is pretty good but I get some video interference when the engine is running. I’ll need to work on that. The widest lens on a Boyo bundle provides a 115 degree field of view. Its ok but not great especially if you want to have a camera view that extends from side to side and down to include the trailer hitch ball. Boyo makes a camera wirh a 170 degree view but not in a bundle that includes a monitor At that price point.

The backup camera is activated by the reverse switch on the transmission. Because my switch is bad I had to either replace the switch or install a new one on or under the dash. I chose the latter as the path of least resistance. This option also lets me use the camera even when not in reverse, which may come in handy.

So if you are looking for a backup camera and monitor that‘s easy to install and affordable this could be a way to go. If, like me, you
want a unit that is better suited for assisting in trailer hookup, I recommend finding one with a camera with a wider field of view, preferably in the 170 degree range.

Anybody else out there found a backup camera and monitor that they have installed on a 40 with better results? 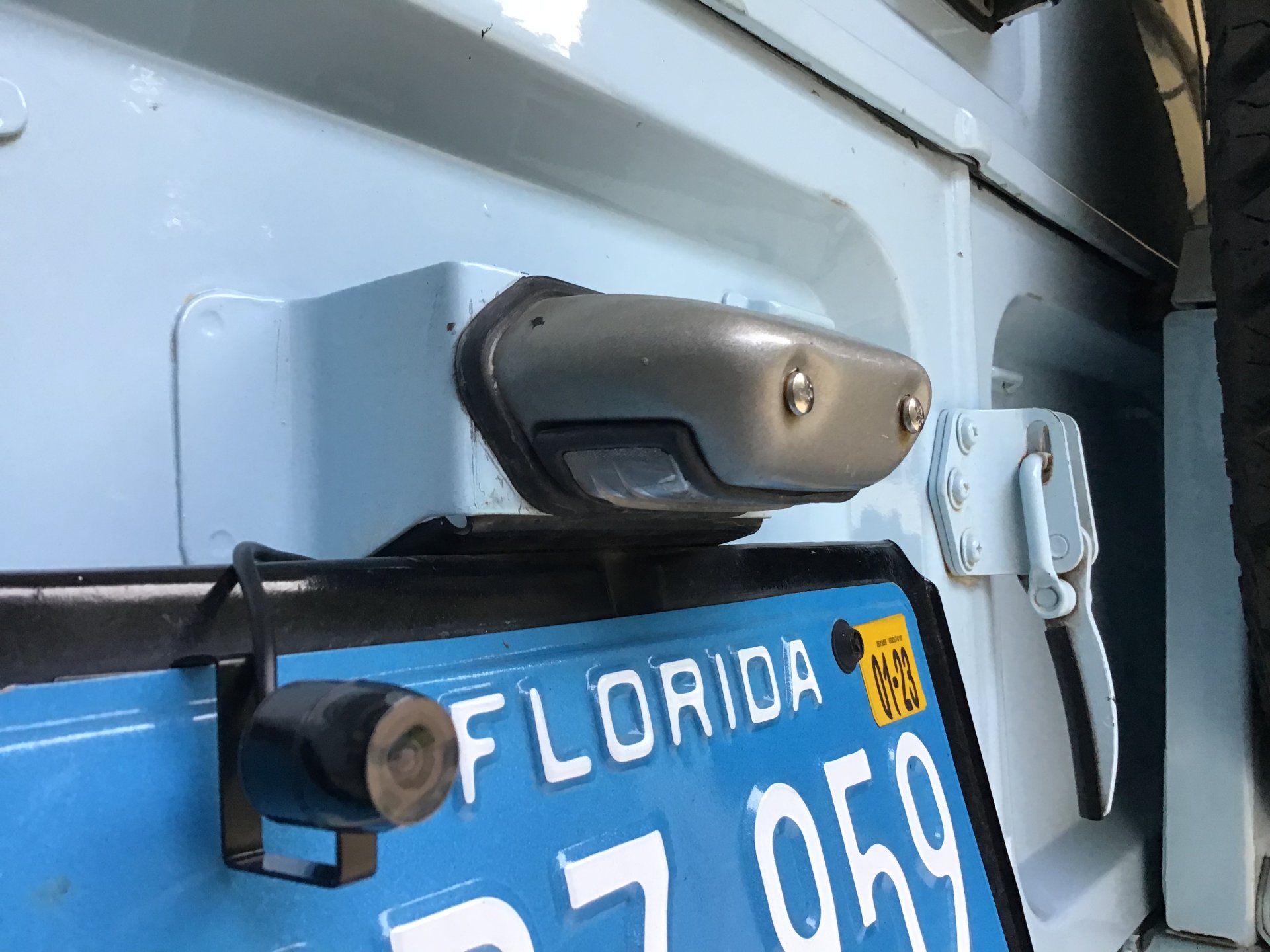 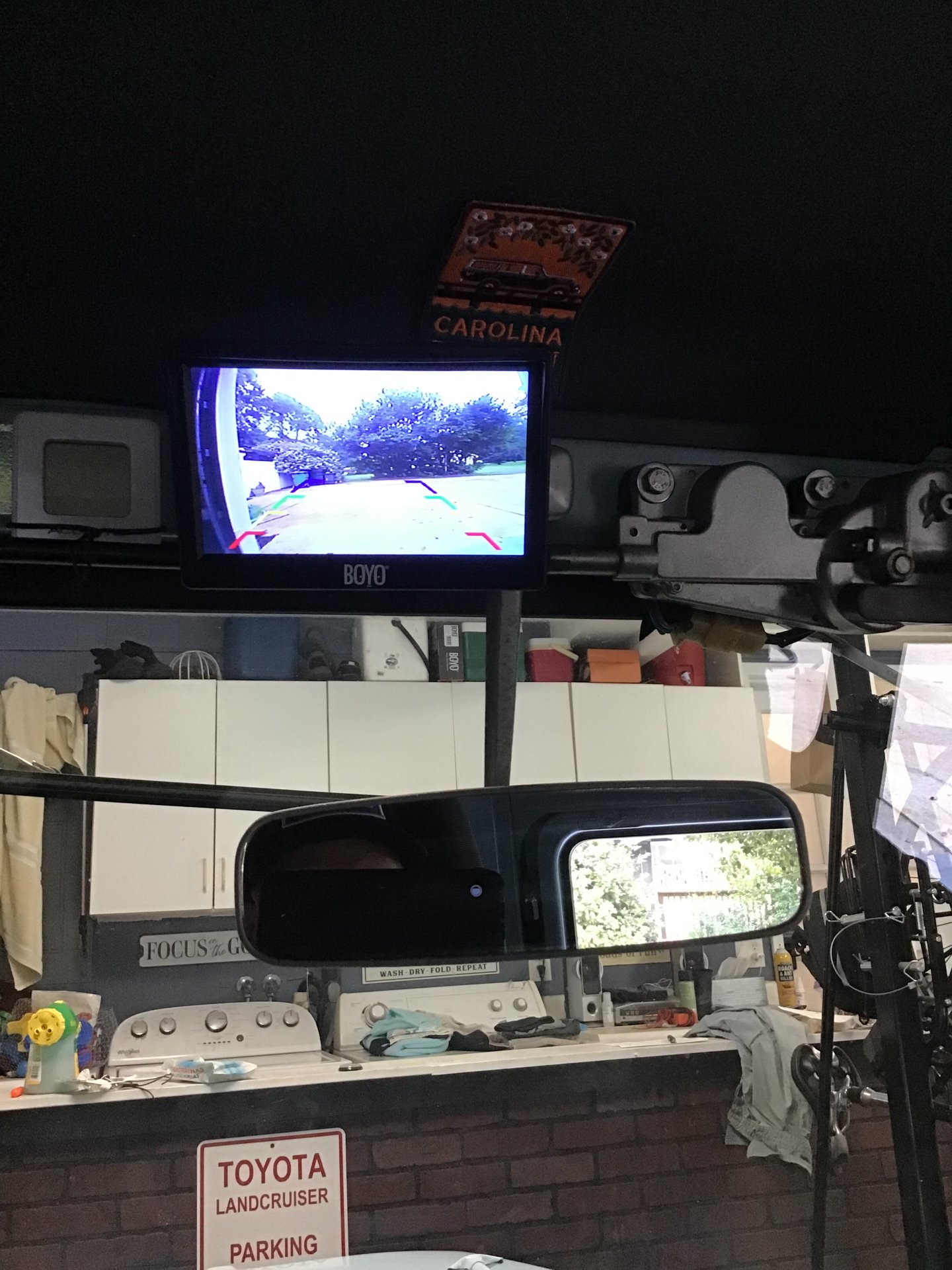 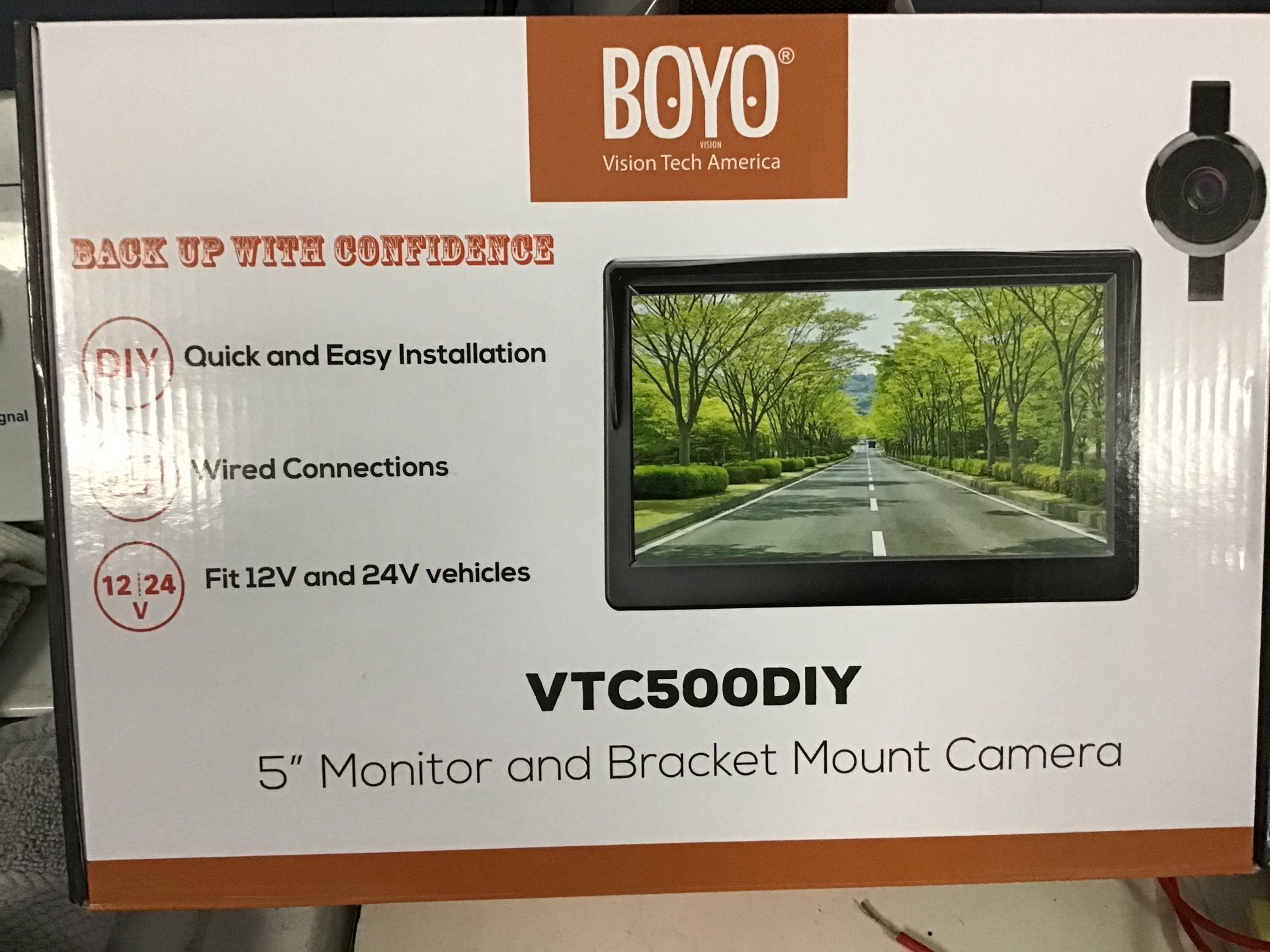 "I'd never be caught dead driving that old army tank." (What my 13 year old daughter said before she found out my Cruiser was a "guy magnet."
E

I like the idea. I wonder if there would be a nice rearview mirror with a built-in screen. Ex: Amazon product (currently $109 after discounts)

I've also seen rear view cameras that will pair to your phone, but that seems less refined and a bigger hassle to use.
Last edited: Aug 9, 2022
1971 FJ40
You must log in or register to reply here.