I've installed dozens of sets of off road lights on various vehicles. I installed two sets on my 100 last Sunday and I wired them up today. I decided that I would tap into the fuse box on the fender well and wire them to the parking lights. Disassembling the fuse box is a PITA. The reason I did this is it sort of makes it impossible to forget to turn them off. I used a Toyota 4Runner Downhill Ascent Control switch in the furtherest left bank below the rear window switches. I'm looking for a differently scripted factory switch. I love that it looks factory and is a good quality switch, but it would be nice if it had a light on it. In my 80 I actually rebadged the switches to make them say what I wanted. However, the 100 switches do not come apart as easily. So tonight was the big night to try them out. I left the driving lights on by accident but because of how they are wired they were not really on. When I went out to the Cruiser to go for a little test drive I hit the unlock button. I was a little surprised as all 4 of the driving lights went off with the parking lights. At first I thought, oh no, what did I do, until I realized I left the lights in the on position. Anyway, if you want to wire similarly. It is a blue wire with red spots on in the row towards front of the vehicle furtherest from the driver's fender. I'll try to get some photos tomorrow. I changed my avatar last week from my 80 to the 100 right after I installed the lights, but I'll post a bigger photo and one of the switch.
Eric V. TLCA 7328 ADIDALC LICENSED OVERLANDER 84-97 FZJ68 aka LEGO, 93 FZJ80 aka BUMBLE, 79 FJ40 stock needs a little work but puts a smile on my face every time I drive it, 66 40, 72 40, 78-99 PROJECT PURE 40/80/100 Hybrid Project.

I believe the ones from the tacoma fit with slight modification. I have one of those OEM Foglight switches in the same position you have yours in.
2000 Lexus LX470 - Stealth mode: Engaged
2005 Lexus LX470 - ExPo White/'mud Black
2013 Lexus GX460 - Blackout

White outers, I painted them with white appliance enamel. They were silver before and the silver just didn't look right. 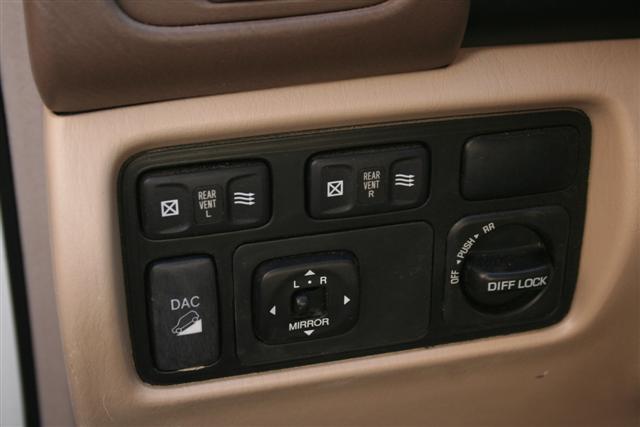 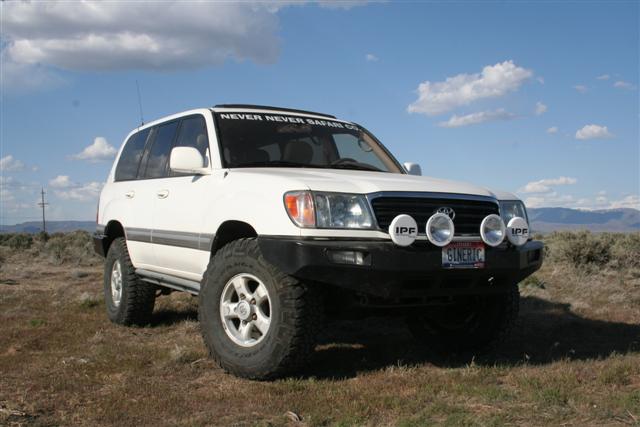 Nice install. What model lights did you use and how satisified are you with the additional light output when compared to the factory headlamps + brights?
Abe NItro aka Ben Troia
99 LC with OME Suspension (N133, N101, 860s),
Goodyear Wrangler Silent Armor 285s
Slee diff drop and step sliders
Odyssey Battery with custom poly spacers
Auburn CA

The Taco black is just a shade lighter than the landcruiser - but I think the FJ is closer or an exact match... you have to do some slight shaving of the Taco switch to get it in the dash 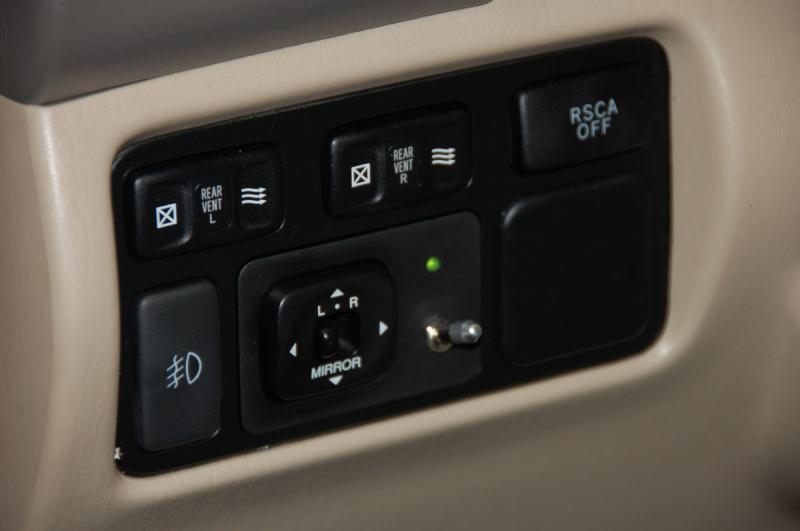 found this on fjcruiserforums.com 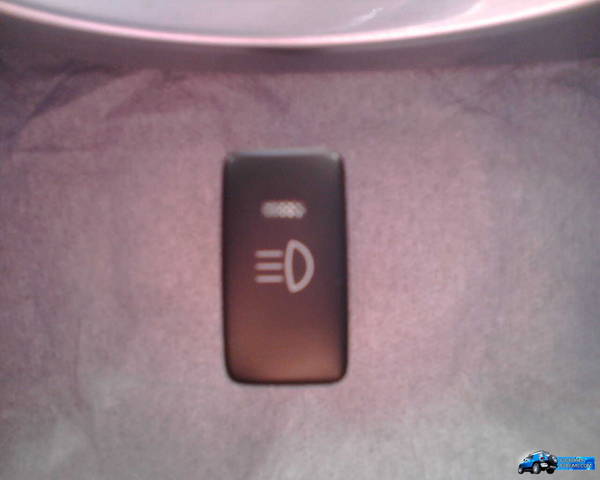 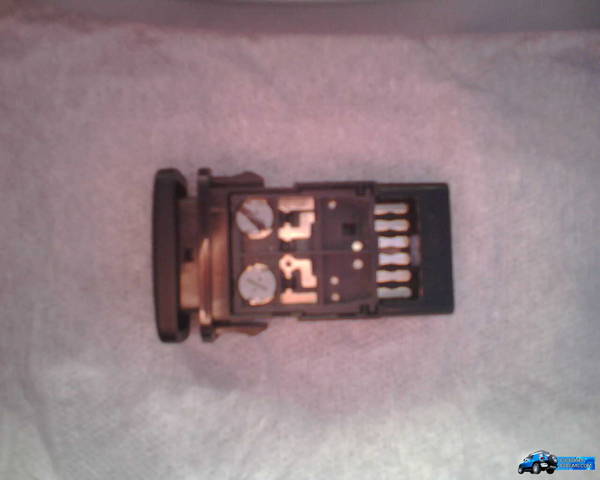 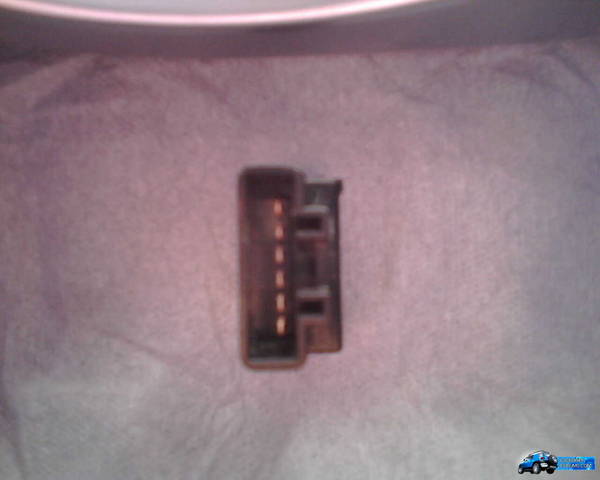 fish2live said:
so why not just put the Tacoma Light switch in??
Click to expand...


Because I'm cheap. I have a hard time parting with the $50-80 I've seen them go for. I have $5 into the 4Runner DAC switch. I'd eventually like to get a different switch but it is low on my priority list. These switches are a lot different than 80 series switches. On the 80 series switches you could take them apart and scrap off the letter and then put custom lettering and reassemble them. The 100 switches are cut out and then injected with the white material. I imagine it is a better switch for longevity but it sucks to modify it.
Eric V. TLCA 7328 ADIDALC LICENSED OVERLANDER 84-97 FZJ68 aka LEGO, 93 FZJ80 aka BUMBLE, 79 FJ40 stock needs a little work but puts a smile on my face every time I drive it, 66 40, 72 40, 78-99 PROJECT PURE 40/80/100 Hybrid Project.

go test drive a taco with foglights and tell the dealer you will be right back. Go, take out taco switch and replace with a blank and return the taco without letting them see the switch.

1loudLX said:
go test drive a taco with foglights and tell the dealer you will be right back. Go, take out taco switch and replace with a blank and return the taco without letting them see the switch.


in no way shape or form am I condoning illegal activities, its just an "idea".
Click to expand...

All of our salvaged Toyotas get shipped out to the PRK (People's Republik of Kalifornia), seriously TAP and Cal Mini get all of them. They stack them up in the corner and won't let you touch them and then when they get a semi load full they are out of here. It has to be a really really screwed up rig for it to stay in Idaho and then they usually crush them within a few weeks.
Eric V. TLCA 7328 ADIDALC LICENSED OVERLANDER 84-97 FZJ68 aka LEGO, 93 FZJ80 aka BUMBLE, 79 FJ40 stock needs a little work but puts a smile on my face every time I drive it, 66 40, 72 40, 78-99 PROJECT PURE 40/80/100 Hybrid Project.

I figured I would add to this post and show the placement I went with for my Hella's. I used the Hella switch provided with the lights and due to having ATRAC I was able to use the empty factory locker switch plate. I looked into purchasing the factory light switch, but WOW thats a lot of money for a button. 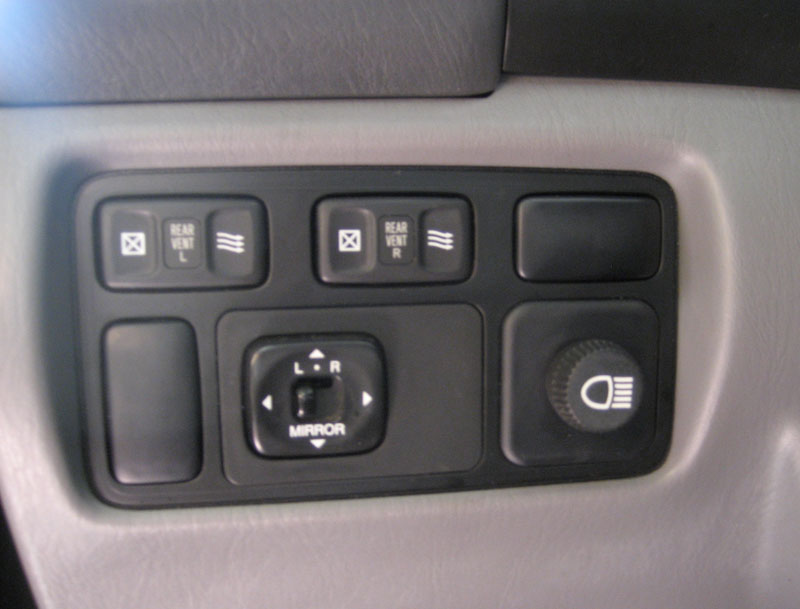 I like the looks of that. All the Hellas I've purchased have come with a green toggle switch. Did you order the switch?
Click to expand...


I thought it turned out looking nice as well, Thanks! I purchased my Hella's over eight years ago and that is the switch that came with the wiring harness at the time. I have removed my hella's from every truck I've owned and put them on the next truck in line. Just cant seem to part with them.