I just got my first cruiser home from Golden, CO. 1966 FJ40, rust-free and recently repainted. Apparently I'm the third owner, and it was bought new in Grand Junction, CO in '66.

The previous owner finished a great deal of the cosmetic work, and hadn't touched anything mechanical when I bought it. The truck had not been run in 5 years, but after replacing the coil and dumping in a bit of gas, it fired right up and idled, valves tapping away (as I'm told is common with the F's...).

I intend to turn this truck into a daily driver, which shouldn't take much work. It's much nicer than I thought it was going to be though, so I probably won't drive it through the salty U.P. winters.

Brakes - I just ordered all new wheel cylinders and shoes from CCOT because the adjusters are frozen on the current cylinders. Aside from this, everything on the brakes just comes apart. I'm stunned at how I can just take anything on this truck apart without penetrating oil/torches/etc.

Clutch - The clutch slipped bad when I test drove it. There was no play in the pedal, so I adjusted that first and it improved it dramatically. I haven't climbed a hill yet so I'm not sure if it will slip again. The PO thinks it's the original clutch, so I'll probably have to replace it soon.

Seat bracket - I have all of the original seat hardware, which is in perfect shape. I'm probably going to install some Jeep TJ buckets though. I need to fabricate a seat bracket, and i'm considering adding on to the stock passenger side bracket, as you'll see in the pics. I'm nervous about messing with them, though, just in case I ever want to go back to original. They're pretty much perfect now.

Wiring - The lights were a mess, but I took care of all that over the weekend. Now I have the heater blower, horn, and a couple other simple tasks.

Shackles - They're fine, but the PO cut the back ones in half and welded in extensions. Not something I'd like to use forever.

Probably a lot more I haven't discovered yet...

I had a YJ before, so I have some wheeling and wrenching experience. I was in high school then and didn't have money for silly things like lockers or gears. I was much more concerned with springs and getting as big of meats as possible underneath it. Times have changed a bit .

Pics in a few minutes. I'm stoked as hell. Fire away with comments and especially suggestions! 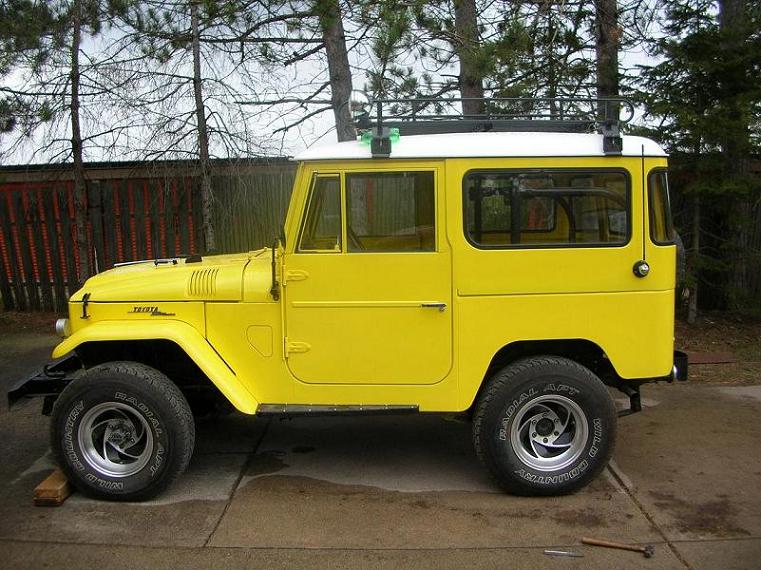 Alright, I think I need to buy a star. I'll get on it and post some pics this afternoon.
'66 FJ40, nearly stock.

Coyner,
Welcome to the forum. I picked up a 1981 BJ42 3 years ago and this forum has been my primary information on the ongoing rebuild process. 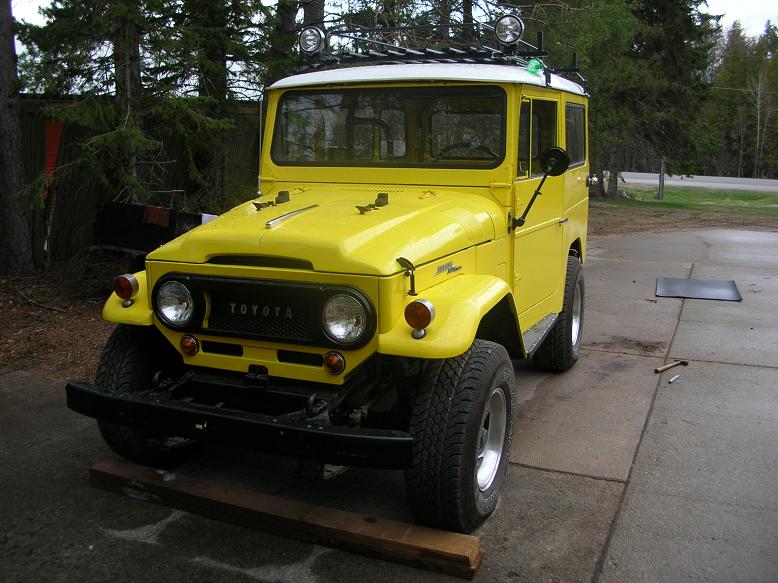 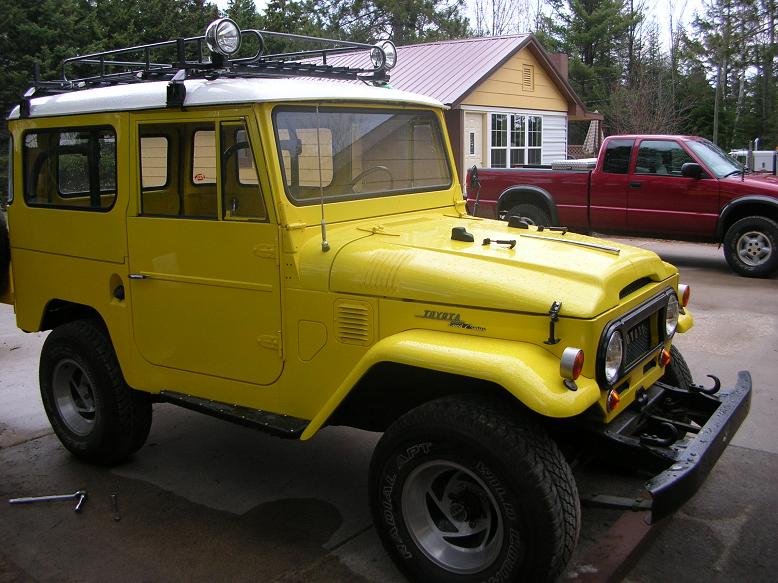 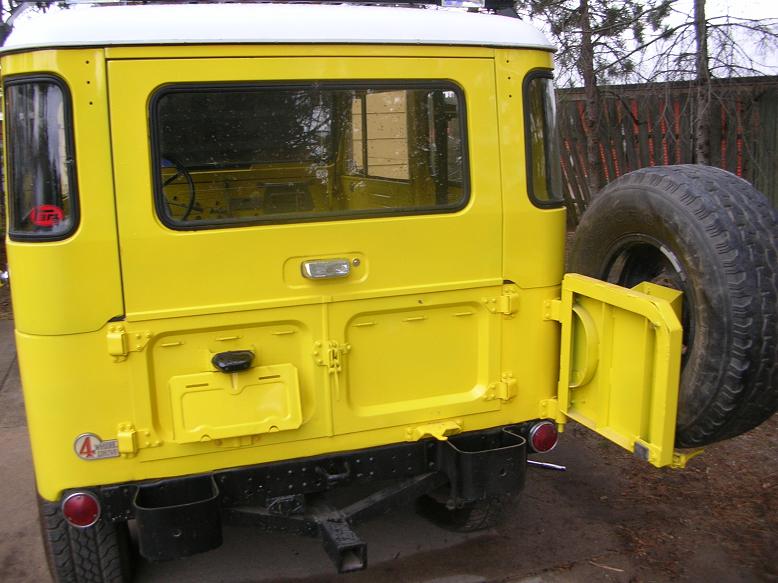 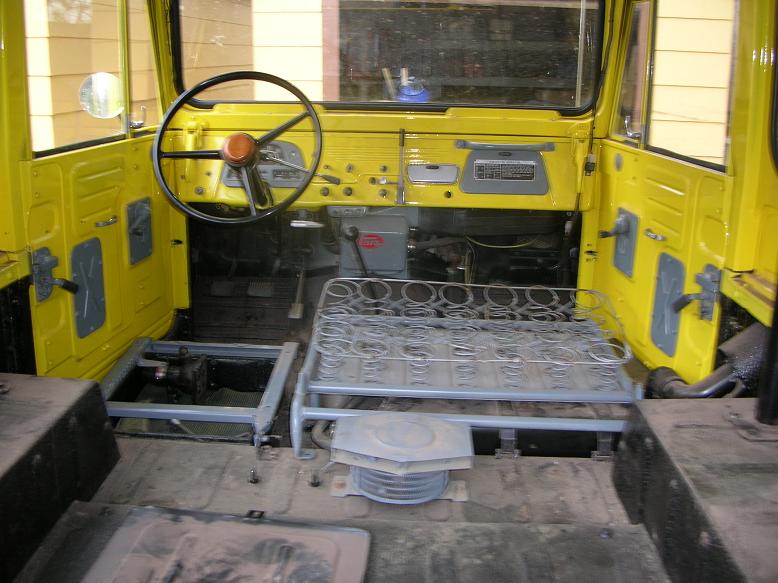 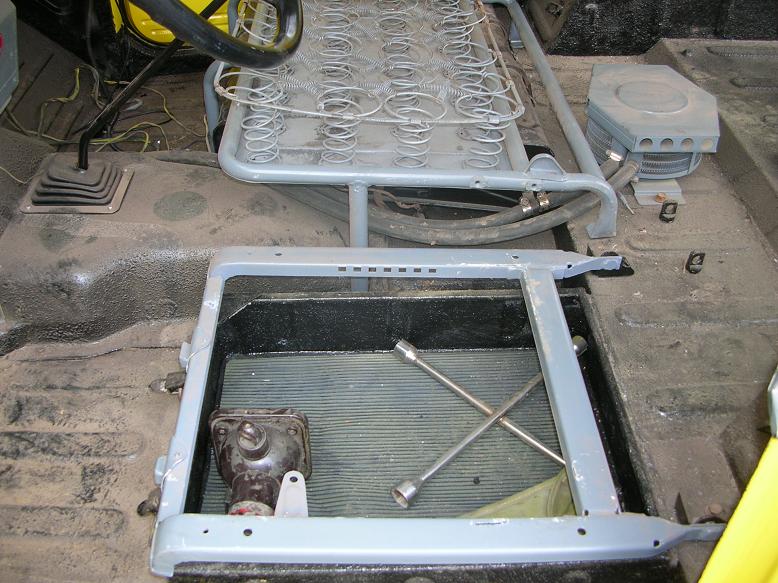 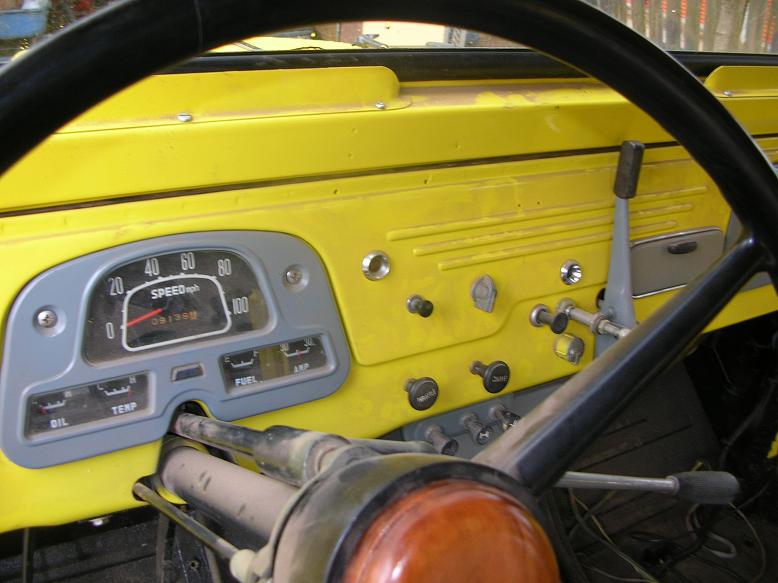 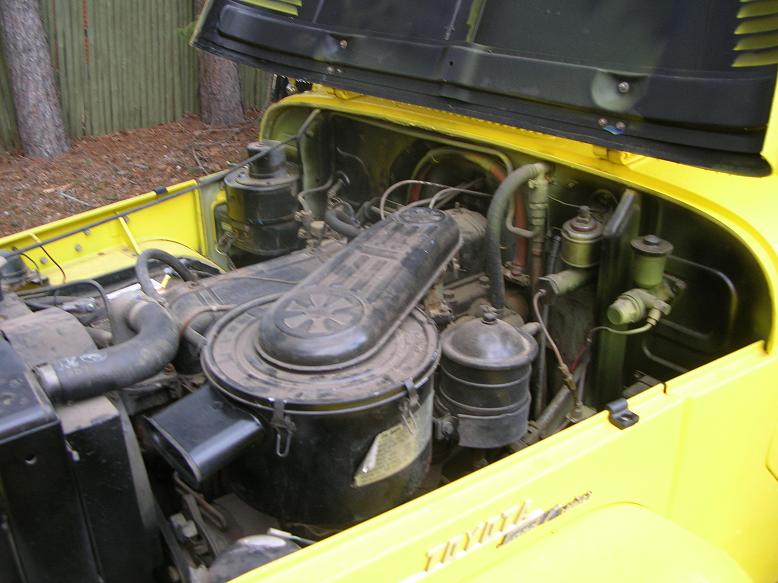 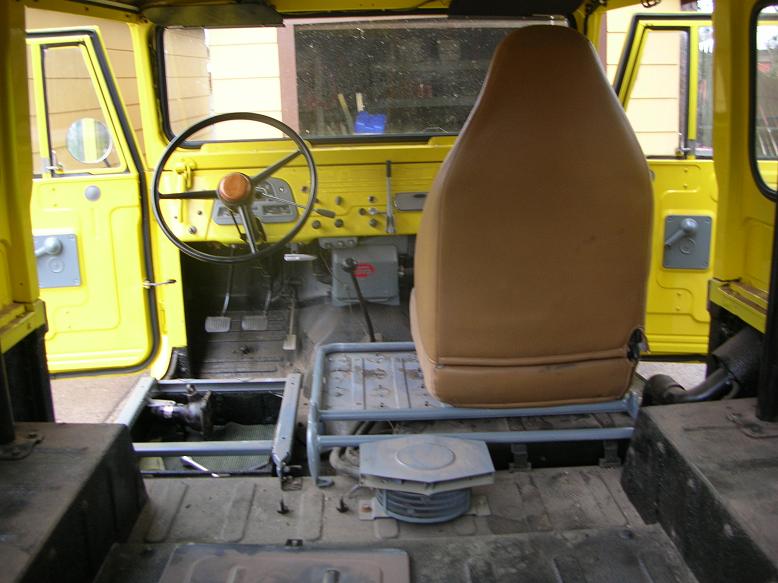 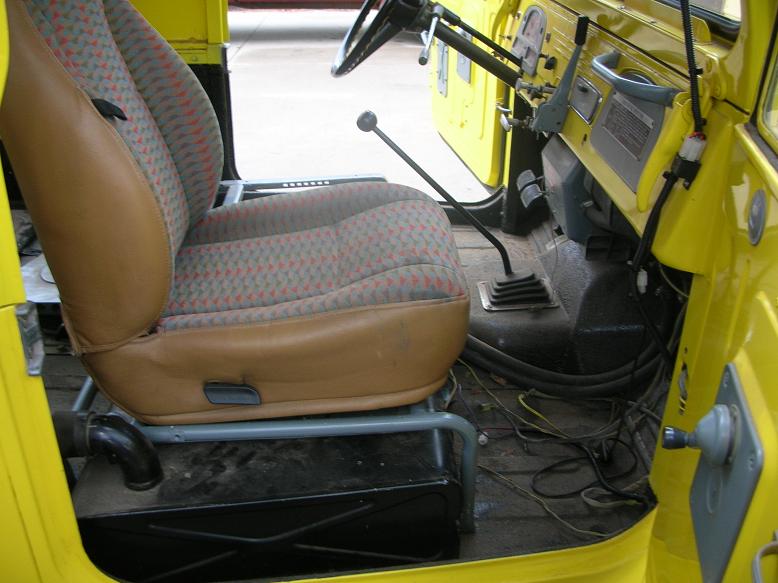 Hi! you have a sweet cruiser. Yellow cruisers rules! Congrats and qelcome to mud

PressOn said:
Coyner,
Welcome to the forum. I picked up a 1981 BJ42 3 years ago and this forum has been my primary information on the ongoing rebuild process.

Thanks for the welcome! I'm in Iron Mountain, and went to school at Michigan Tech. Do you belong to or know of any clubs in the area? How about any junk yards or parts sources around the UP/Wisconsin? No luck in Iron Mountain or Escanaba.
'66 FJ40, nearly stock.

Better bring that down the bridge to me. Much to much yellow for the UP.

What's that antenna looking thing on the side of the hardtop? I've got some panels that have something similar to that on them.
How does the guy who drives the snowplow get to work? He drives a Toyota landcruiser

sweet 40.... only suggestion I have is to find some stock rims and paint 'em stock color. would be so sweet. Congrats!
www.sharetrails.org

Looks like you scored a clean rig, you should send it out to Cali where I can protect it from harsh conditions! It sounds like you have a solid and sensible plan man welcome aboard.
72 Fj40, lots of mods, nothing original-big fan of Mud.
Sorry if I am slow getting things in the mail, it's just this stinking job keeps holding me back.

Your biggest friend is The FAQ. Check it out!!

Your biggest friend is The FAQ. Check it out!!


Read the FAQ, the whole FAQ, and nothing but the FAQ (which will reccomend you read teh FSM)
72 Fj40, lots of mods, nothing original-big fan of Mud.
Sorry if I am slow getting things in the mail, it's just this stinking job keeps holding me back.

Damn fine 40! ..... X2 on getting a set of stock grey rims on that rig. The current wheels do not do it justice whatsoever- good luck

laguna80 said:
What's that antenna looking thing on the side of the hardtop? I've got some panels that have something similar to that on them.
Click to expand...


You got it, it's a CB antenna mount. It's installed nice, but it's not wired to anything. I'm assuming the PO had a CB installed. I'll probably just throw in a CB of my own and use that antenna.
'66 FJ40, nearly stock.
You must log in or register to reply here.

Bringing another FJ40 to Pueblo, CO