been screwing around getting this done.....and it's still not, but closer than it was.

there has been a few of "these" threads lately, which as helped get me moving.

it turned out alittle more low profile then i was planing on, apparently i dropped a half inch somewhere in the math, but it's all good. there's almost no deflection in it......even when i stand on it.

still have a few odds and ends on it, mostly some cosmetic things and a couple functional items.
main purpose is canoe and kayak transportion....with a secondary of looking cool. 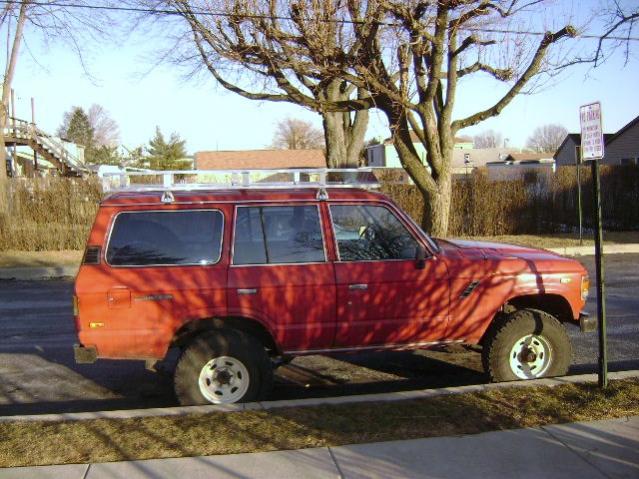 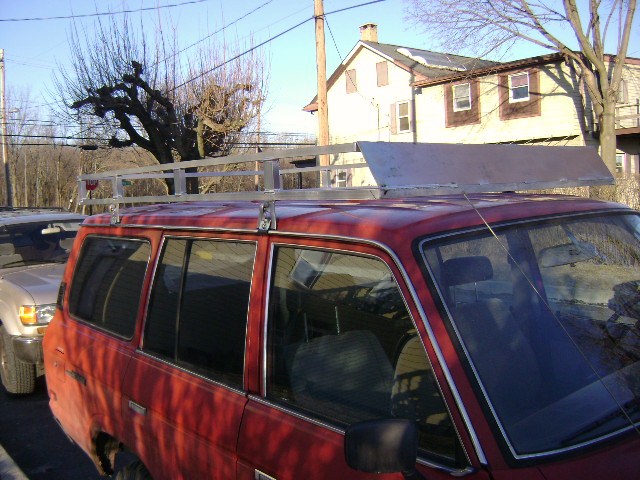 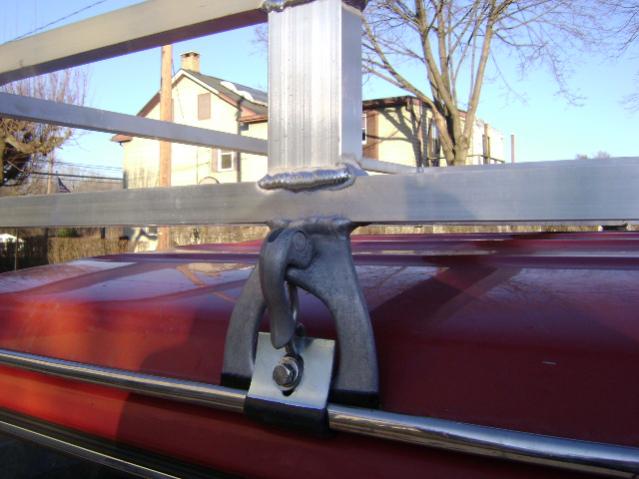 It seems like 4 feet may be 2 to few.
It may be isolating a fair amount of weight to the gutters on not-enough points

I think you are definitely on the right track with the aluminum--light weight. The less weight on top the better. I agree with Trapper also. You want a few more mount brackets to distribute the load more evenly across the gutter.

weight as it is, is around 40lbs. i have no problems lifting it, but the size of it and the height of the truck makes it difficult to get up there single handed.

i wanted to get it up there, but i think another two brackets will get added in the future.

thinking about wrapping the front plate around the sides a few inches or so.
and add some loops for the racket straps, and tabs to keep the canoe in place...tho it has an alum frame, and alum don't slide on alum.
Last edited: Feb 15, 2009


actually not really.
i rushed it, and flat footed the pedal.
they start off ok, and end up fat.

Looks great Brian. I think in the end you may be happier going "lopro" especially if you are putting a conoe on top. What are your overall dimentions?

brian said:
thinking about wrapping the front plate around the sides a few inches or so.
Click to expand...

Yeah, definitely wrap down the sides a few inches. It will make it look more complete.

brian said:
actually not really.
i rushed it, and flat footed the pedal.
they start off ok, and end up fat.
Click to expand...


My bad, grammatical error. It should read...Nice, Aluminum welding...as in the attempt.

FWIW the alloy used in most structural aluminum extrusions is 6063 though 6061 can be found on occasion.

Looks great. I had the same thought about 4 "feet" too.

Nice job with the latches.
You must log in or register to reply here.

The Anatomy of a 3FE FJ62 / FJ80 Complete Fully Loaded Thermostat Housing set up all sensors all NOS ALL THE TIME ........Technical Reference thread