I bought a 72 FJ40 basket case in january. The PO had the engine rebuilt and then ran out of time money and motivation before he got it back in. (Build thread coming later)

I finally got it to run a little bit this weekend. The carburetor that came with it is a large Holley 2 bbl carb like what i've seen on some old Ford V8s. It works but the adapter stuff is pretty sketch. It is a 6 layer sandwich of adapter plates and gaskets between the intake and the carb itself. It works but i dont like it.
I know a lot of yall are running Weber's on your rigs. But I am considering a Rochester 1bbl off a GM 235 I-6. I've had good success with this carb before. I've put one on a Dodge slant-6 and a Mazda b2600. It is a SUPER SIMPLE carb thats cheap adn reliable and thats why its so attractive.
What says the forum? Anybody ever done this swap?
When i searched all i got was stuff about Quadrajets.
I'll try to post some pics of the carb on my mazda later today once i find them.

jonesy54 said:
But I am considering a Rochester 1bbl off a GM 235 I-6. I've had good success with this carb before.
Click to expand...

I say go for it! Report back with pics on the install.

I have an adapter plate for that conversion, if you decide to go that route. You can call the shop for more info. 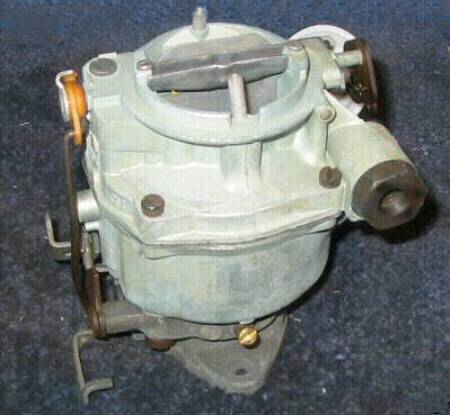