Seems there always in interest in seeing someone's project, so even though this one is a few years old, and I have time to post, perhaps some of you might find this interesting, or helpful. This was my first time EVER doing anything like this, and the project went a lot deeper then expected. It was about 2 years from start to finish. I am thankful I had another BJ42 to use while putting it together (now...how does this fit again?)

It’s been a few years now, so I might forget some sequences or issues.

1981 BJ42, tub in sad shape. I drove it for a number of years before the project began. I do not weld, so this was a huge consideration when deciding about steel or aluminium. I also was considering a Gozzard tub, however when I was ready to go, Mike had just decided he was going to sell to authorized installers only.

My choice seemed clear. I used a 2nd generation Aqualu tub with custom 6"-7" drop storage in the rear bed, front bib, 1/2 doors, and drop down tailgate with storage, factory replacement fenders from Toyota, and a Gozzard fibreglass windshield frame. Where the lines needed replacing they were, with factory, as were engine mounts, and a host of other items. Where items were in good shape they were cleaned, blasted, etched and POR 15'd, then top coated. All items taken off (fuel tank, skid plates, fuel vapour line cover, etc were sandblasted, etched, double coated POR'd and then top coated at the correct time with epoxy spray bomb.

I got a second frame and worked it the summer before the truck went off the road. I sandblasted it, and then it was dipped, and pickled at Redi-Strip in Richmond BC. Canadian Auto Restorations then mounted the frame on a rotisserie, two part epoxy primed inside and out, and edura painted it. (I was undecided about galvanizing, as I thought I might do a shackle reversal and Saginaw p/s at some point. Knowing what I know now, I would have had it galvanized and painted it myself, however what I did will be good for years.

I then parked the truck, started dismantling, moved the drive train over to the new frame, putting in a new clutch, pilot bearing, rear main seal, engine mounts. etc with the help of a good friend. The transfer case had been rebuilt prior, as had the front axle, so they were all moved over after cleaning and painting. New custom springs were installed, front and rear brakes were done, and I had a rolling chassis.

I moved the body over to the rolling chassis, mounted the doors, and front clip, lined everything up (I was not going to replace/repair the hard top---had been out wheeling the night the insurance ran out and put the truck on it's side, damaging the hard top), and bolted it all in place. The old tub was cut off, using the video tape and instructions Aqualu supplied. I mounted the new tub, adjusted things, and discovered I did not like the single bolt on the A post idea that Aqualu uses (it likely is just fine...I'm just anal about some things). I had some minor rust at the bottom of the A post on the drivers side, so I farmed out repairing this rust, and also extending the A post to the bottom of the rocker, with some angle iron. I could then have two points on each A post (one above and one below the floor pan). The truck was re-assembled once more, and I started lining things up for final drilling. I took everything apart, then put it all back together, got the same marks lined up, so was comfortable drilling holes for the final mating of the tub to the firewall/front clip. Everything was then taken apart, and all steel was sent out for acid dipping, zinc phosphating, two part epoxy priming, and freeborn 309 RM urethane (I did not go base clear). All aluminium parts were acid etched, primed, body worked, and then primed/painted.

Numerous trips to the painter ensued while I picked up everything, then started the final assembly. All places where aluminium and steel touch have at least 4 layers of primer/paint between them, as well as Silkaflex at the main seam, and rubber gaskets everywhere else. Stainless hardwear with anti-seize compound is used throughout.

I found a new white best top for reasonable (the file folder of receipts was getting too thick), had some custom ½ door tops made, and covered, so was protected from the elements. The truck was together; everything worked. Then came the custom front bumper/sliders/rear bumper. I put a few (a couple) hours on the truck around town to shake it down. Days later, Sheldon and I packed the truck, and we took off to Moab 2001. 24 hours later we pulled into Slickrock and enjoyed the hospitality of all the cruiserheads who attended that year.

Would I do it again…Yes! All in all the tub was a good fit, though I had to press and pull in a few areas to make it fit level, and line up with everything.

It was a daily driver till last year (2004) and I think it still looks great. Future plans are to put on a stock front bumper, Eshan soft top, and full roll cage (I never have liked no hard top and stock roll bar), and summer fun drive it. Though I did not build it to wheel hard, it has done some wheeling over the last 4 years, but not any longer. I’ve decided it would be too hard to replace if I trash it.

Attached are a few pictures of the way it was. 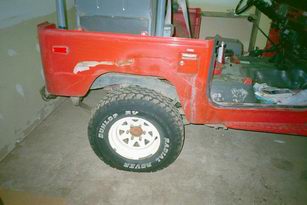 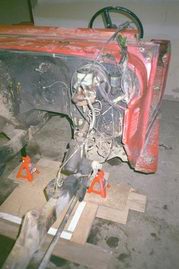 The worked frame getting ready for the old tub 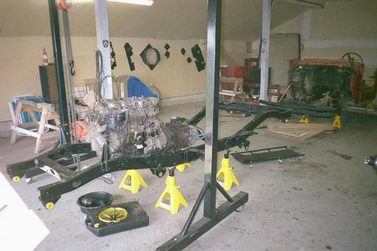 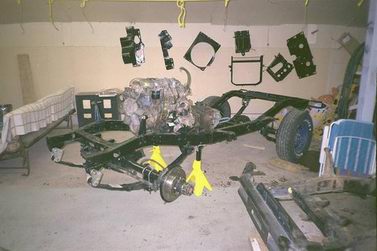 Old tub on the rolling chassis, and then first fit with the aluminum tub 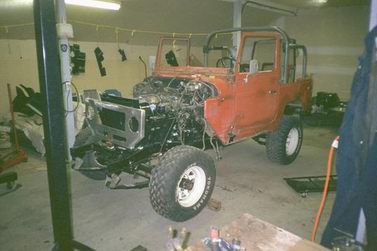 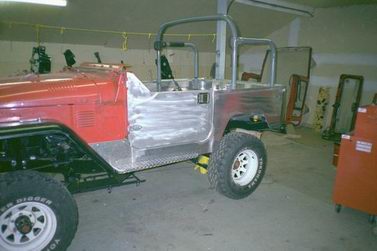 Final fit detail at the main seam, and firewall removed and heading out for cleaning, pickling, and zinc phosphating 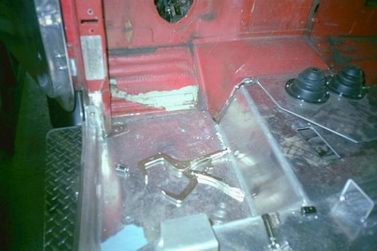 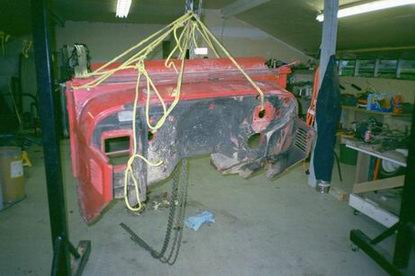 Bits and pieces coming back from the painters, or from my have blasted and POR'd and top coated. 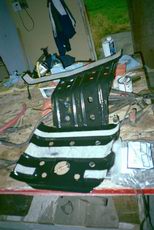 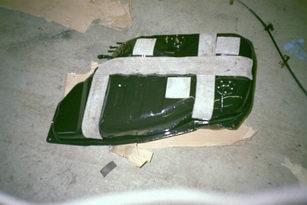 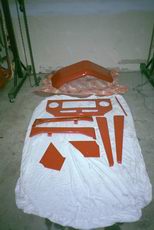 Great writeup, Greg. Interesting to see the history/build of your BJ42 as the finished product that I see is certainly a fine example of a frame-off resto. Keep those pics coming. Cheers.
Stone's Land Cruiser & Flyfishing Pics

Tub painted and ready, firewall back on the frame (I decided it was easier on the knees and back to put the harness back in while I could stand in front of the dash), and finally the tub and firewall ready for the application of the Silkaflex, and bolting together. 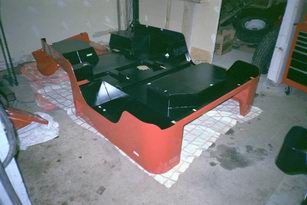 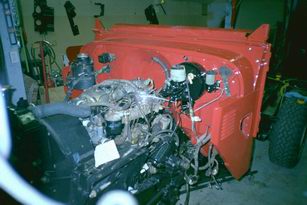 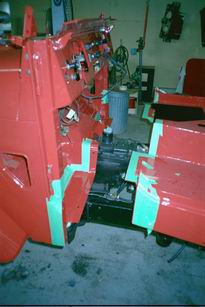 Detail of the A post extension, so I could bolt the firewall to the tub above and below the floor pan 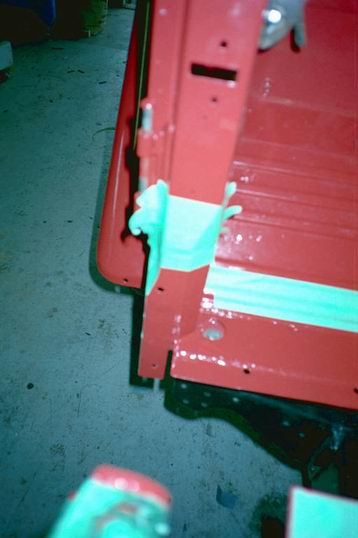 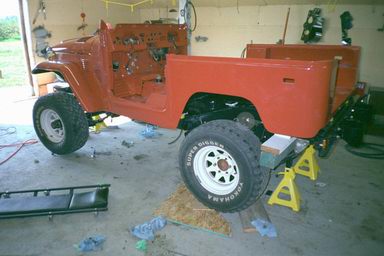 Finished, and at Elephant Hill in Moab! 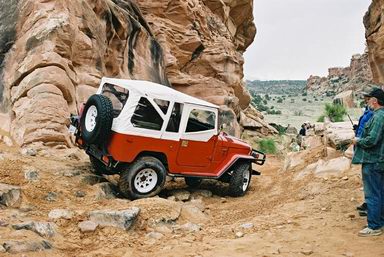 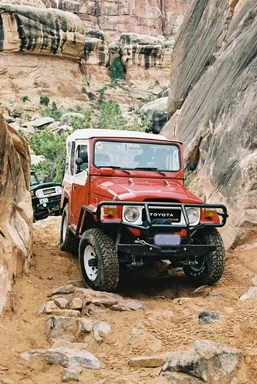 
You know Beanz...I am pretty sure it was 2001 (the first year I attended). We ran into snow on the way back from Elephant Hill, missed the TLCA pot luck. We attended in 2002 as well...

Wow, I can't believe it's been 4 years since that truck was FINISHED!
Where does the time go?!

very nice Greg...
tons of work, eh?
cheers
we are all given sh*t in life,
but some of us learn to turn it into fertilizer and grow from it,
and some us try to fling it on others like monkeys. ​


....The hazard of shooting your girlfriend a note with a link to the thread, and her accessing your account and posting

Yes Crushers...a lot of work...and I really did not do much mechanical. That is a testimoney to the 3B drivetrain...

BJ70_Guy, that was the Boy Scout run...right? Some of those trails were narrow for sure.

Nice job tracking your project. Two years, to me, sounds like an agressive monetary schedule.

Great job all around, looks awesome.

Polak, thanks. And yes, it was aggressive. I am glad a had the frame and worked it the year before, instead of having to take the truck apart and then do the frame.

Greg_B, very nice work, it appears you used a ton of the same parts I'm using on my 79 FJ40, glad to hear it's working well.
Crusty 73 FJ40
You must log in or register to reply here.