After closing in on a year of being laid up in the garage while I tore the dash out, replaced the heater core, learned how to deal with AC, bought an antique high vacuum pump, refilled the R134A and basically tore out all the accretion of bad wiring accumulated after 28 years, the 93 left the garage under its own power today. This was very pleasing. BTW, now that I have the panel back in, the rear AC works! And so does this little factory fridge between the front seats.

Several teething problems, but the one I'm asking for help with has to do with the transmission.

It will move under its own power and it will get up to speed but it feels like only a fraction of the power is getting to the wheels. The engine runs normally. Just not much power getting through the transmission. It works this way whether I have the 'power' button pushed on the dash, or the overdrive button pushed on the shifter.

Hard to describe it, but it feels like the transmission is in high and it is slipping until you get up to speed. Oh, and reverse seems to work normally with plenty of torque. I even chirped the tires inadvertently.

Here's another weird thing--I drove it for 20 minutes and thought maybe the transmission fluid was low. It was not. But it was cold to the touch!

And here's another strange symptom: the overdrive (O/D) light blinks on intermittantly unless I have the O/D button in the 'out' position in which case the O/D light is just on like it should be.

I know I've been fiddling with all the wiring harnesses, including the ECU, a LOT. And maybe I broke a connection or something. But does anyone have any ideas for starting points on fixing this? I'm very anxious to get out in the country with this really nice old truck...

Easiest thing is to make sure fluid is full. From what I recall you basically can't tell if it needs fluid or not if the transmission is not HOT. Had an a440f that would slip in reverse, 2oz of transmission fluid and the issue went away.

Njck22 said:
Easiest thing is to make sure fluid is full. From what I recall you basically can't tell if it needs fluid or not if the transmission is not HOT. Had an a440f that would slip in reverse, 2oz of transmission fluid and the issue went away.
Click to expand...

Thank you Njck. I drove it another 20 minutes back to the garage and checked the transmission fluid again and it appeared to be completely full.... And this time the fluid was slightly warm to the touch. But not hot.

The flashing od light is an error code. It’s most like failing solenoids.

voodu3 said:
The flashing od light is an error code. It’s most like failing solenoids.
Click to expand...

Thank you VD3. Can you expand on this at all? I assume they are in the transmission? Given that I have fiddled with the wiring a lot recently, I think I ought to look again at the connectors. Would the solenoids be controlled by the ECU behind the glove box?

Yes attached is the transmission troubleshooting from the FSM. It should help.

voodu3 said:
Yes attached is the transmission troubleshooting from the FSM. It should help.
Click to expand...

Interestingly, when I did the jumper thing on the test port I got no error codes and no blinking at all. I must have damaged the wiring somewhere...

I really could use some advice.

I partially pulled the dash apart and reinserted all the connectors on the ECU and on the gauge panel. Not a lot of difference. And the troubleshooting flow chart from the FSM did not seem to help much.

I drove it around a little more. If I put the gearshift in low I can get more power to get the truck to move. Still not what I would call normal. And when I get up to speed it kind of acts fairly normal. It seems it is not shifting properly.

Also it took about 10 minutes before the O/D light started blinking again. Just a simple on-off. No codes. And as mentioned before I could not get a code readout using a jumper.

One other thing. Just below the ECU there are two connectors where there seemed to be no logical place to plug them in. I thought they were unused because this truck does not have cruise control. 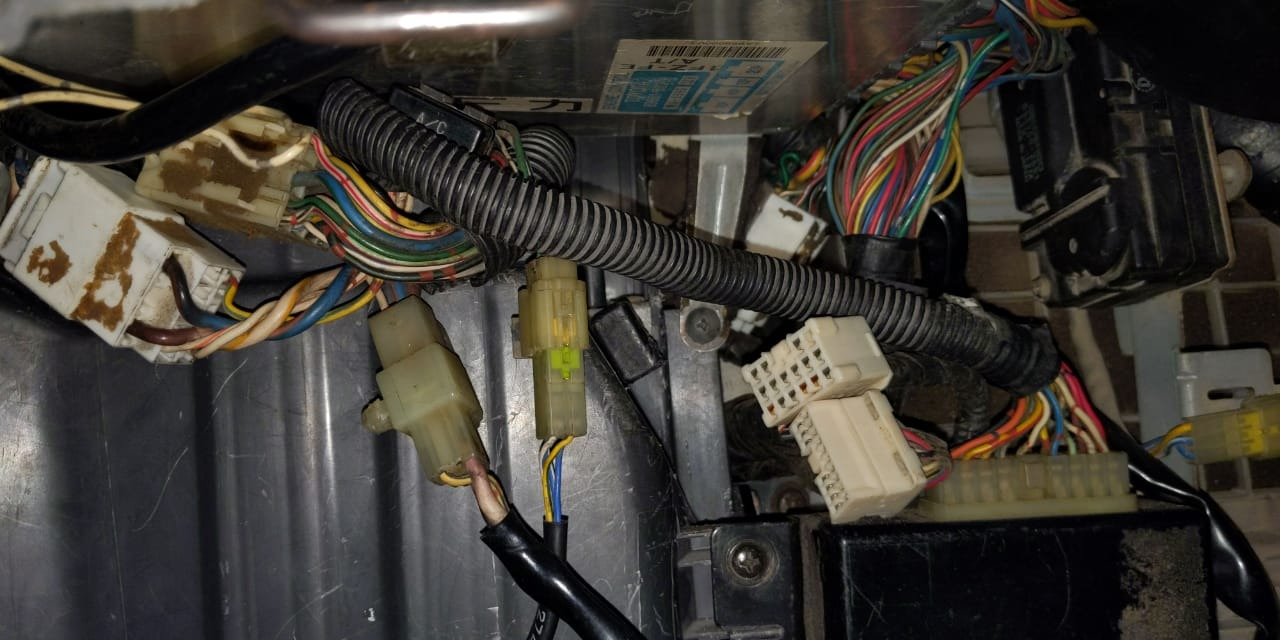 Does anyone have more ideas about what I should try next? I'd be very appreciative of suggestions.

I noticed another symptom. None of the lights corresponding to gears light up in the gauge cluster. I thought I might have left something unplugged in the gearshift console so I pulled that up and nothing seemed unconnected.

I guess my next move will be to try to trace the wires that go to the gear indicator lights. Any other ideas?

Well, I exhausted all the possibilities and pulled the dash again. I'm getting better at doing this, but boy-o-boy it is not fun! 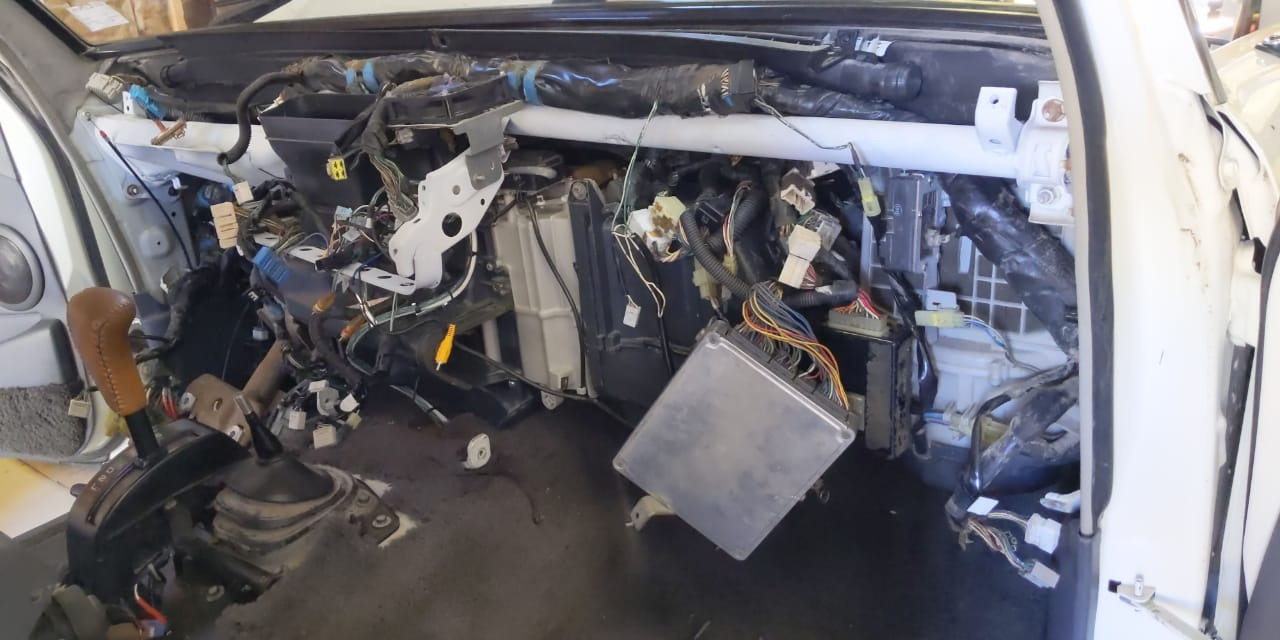 With the ECU out of the way I found that two cables which I thought were associated with cruise control (this truck does not have it), were in fact meant to be connected to two other connectors. 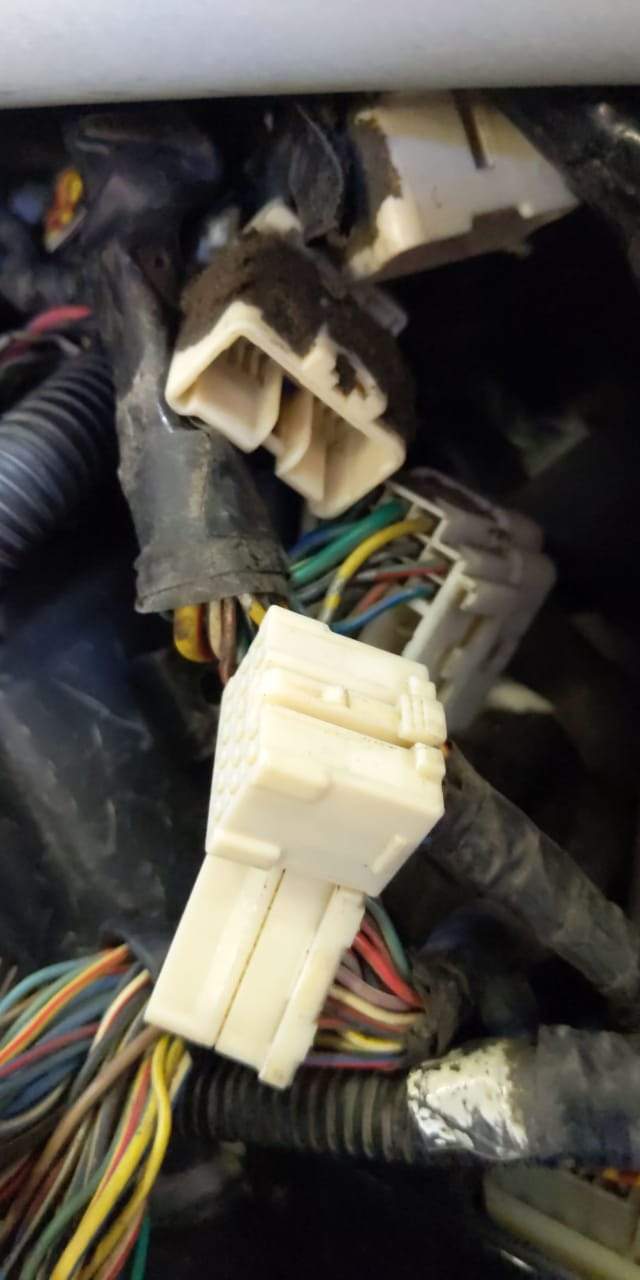 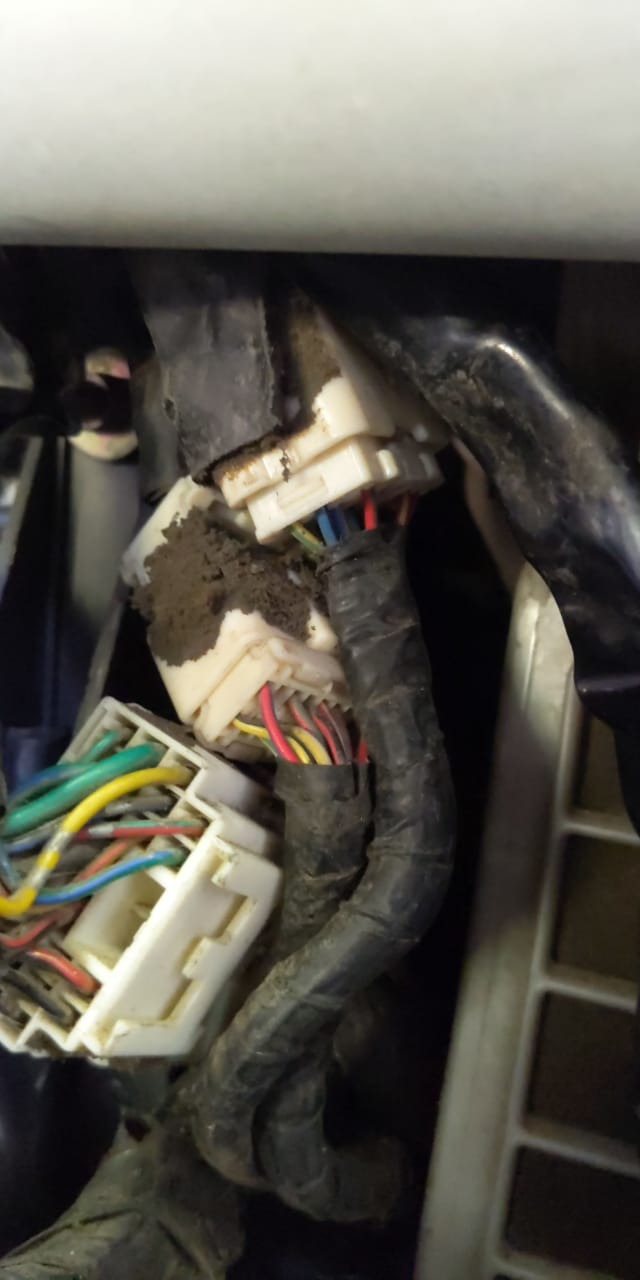 (I felt both relieved and a bit foolish.)

I tested it by starting the engine and putting it in reverse (while holding the brake down with my hand as the seats are out right now), and the "R" light lit up. The "P" light did not light up, but I suspect it is burned out. I'm going to try to replace those bulbs.

There are a couple of other minor wiring issues I need to address--the mic does not seem to be working, for example. But I feel we are getting close!

After tearing my dash entrails apart I found that I had inadvertently left a connector unconnected when I noticed my dash pod temperature display didn't work. Fortunately that had no impact on my drivetrain and even more fortunately I had the intestinal fortitude to tear it all apart and correct my egregious mistake.

I tried to talk myself out of it but to no avail. Let us know if this corrects the transmission problem.
Last edited: Oct 8, 2020

Will do, WDE. At the moment I'm trying to buy replacement bulbs for the instrument cluster. I found 5+ bad bulbs so far.
You must log in or register to reply here.