A first time owner’s thoughts after our first road trip

About the current vehicle: 97 LX, 251K miles, I bought it in January and had the knuckles rebuilt w new Birfs (outside mechanic) and I removed the VC, replaced the oil pump o-ring, radiator, rad hoses, coolant, belts, and thermostat.

A week before we were slated to leave for our trip the CEL came on and using my Bluetooth code reader it registered a P0172. I had a rough/ low idle, otherwise the rig drove fine. I replaced the FPR and the upstream 02 sensor. I drove it 100 miles after those replacements and it was good: proper idle, moved through the gears smoothly, no issues.

We made it 600 miles in hilly freeway travel: Napa Valley —> Shasta —> Graeagle with zero issues. I drove some mellow trails in the Shasta area, everything was great. The drive to Graeagle was heavy, but not outrageous. For those familiar, we took HWY 89 south the whole way which cuts thought Lassen Nat’L Park. We reached a peak altitude of 8500 feet going over Mt Lassen Pass. Not much by CO standards, but pretty stout for CA. Once we arrived in Graeagle the rough idle was back, but no CEL.

The next day the CEL came back on our trip to Upper Sardine Lake. The LX was acting funky: lack of power, RPMs wandering, but it got us to the lake and got us to our lodge for the night. The next morning I reset the ECM, and we were on the road to Truckee, via 89 South. More rolling hills and climbing the Sierrra Crest. We took a break at a campground on the banks of the little Truckee River, almost on the crest before dropping down into Truckee. When I got back in the LX and started it up, there was almost no power when I had the pedal floored, rolling about 10 mph through the campground. Fortunately the road was downhill from here and we gained speed and made it into Truckee.

Leaving a Truckee gas station, I experienced the same loss of power, briefly, but eventually made it onto the I-80 W, gained proper freeway speed of 55mph, and we had Donner Pass (I-80 W) ahead of us. Going over the pass was stressful. The LX wouldn’t go above 40mph, the RPMs were wandering, the transmission was all over the place: up, down, back up, getting over the pass and cruising downhill was a great relief.

We got to camp for the night in the Emigrant Gap area. The next morning we drove home, with the low/rough idle still present along with the CEL. It was a 3 hour drive, mostly downhill or flat.

The LX drove ok. We averaged 65mph on the drive home. Some wandering RPM moments.

I find it hard to believe we would have made it home in any other vehicle. Even in it’s worst moments, the LX remained slow and steady. It was finicky, and considering the terrain we traveled in a span of 6 days, I am relieved and confident that this is in fact one of the best vehicles ever engineered and built.

I have some way to go with getting the rig dialed. The CEL is still on. P0172. I have my FSM and some parts on order.

One of the most confounding aspects is now that the LX is at home, when I fire it up, the CEL is still there, but the RPMs are actually a bit high at about 900 and they don’t fall from there.

It drives great, no issues with power, but the pursuit to keep this rig running as best I can continues, and that’s why I bought it: to learn and be a part of the process.

So cheers to the LX being such a great vehicle and the ongoing education I have experienced. 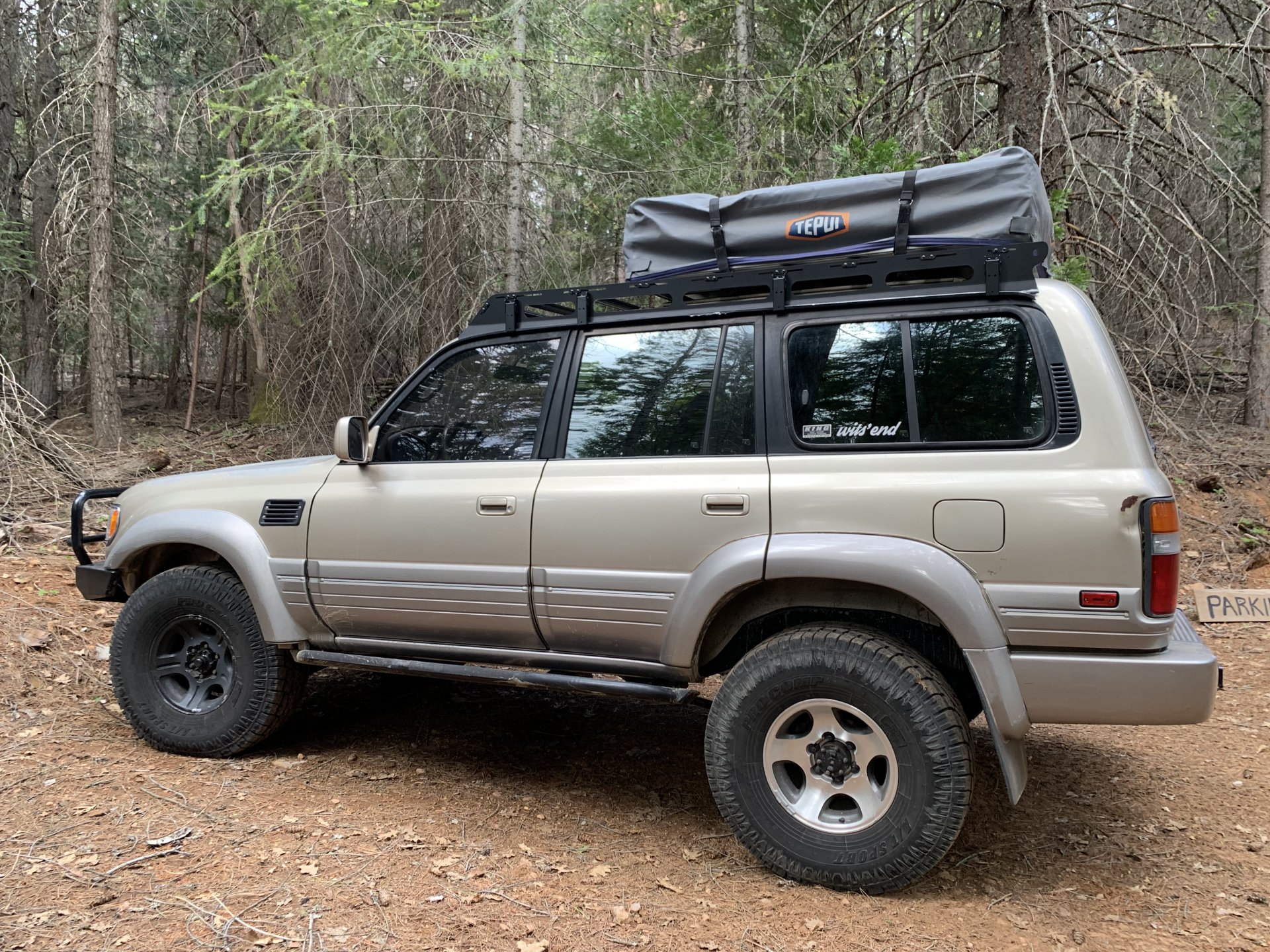 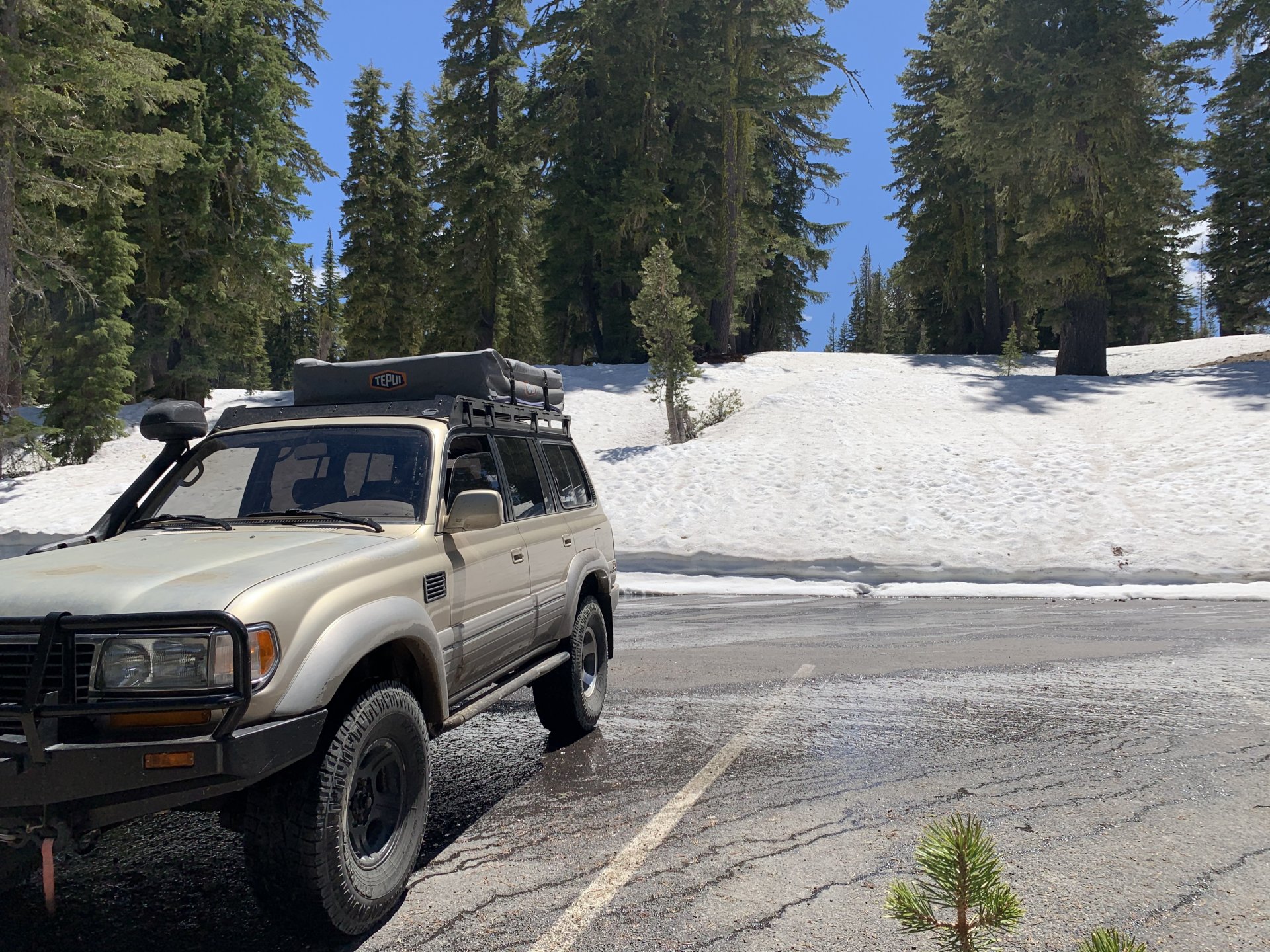 Almost sounds like the knock sensors with the sudden loss of power and the limited speed,if I understood the 65mph part.

And yes, I totally agree, I don't think you'd of made it back home in any other vehicle.

Can't speak to the low/no power issue, but I did fight the low/high idle thing a bit.
Ill-advised, I could remedy a cold start low/rough idle by adjusting the accel cable at the throttle body (1/2 a turn maybe). Prob then tho was when it was warm the idle would be high. I would adjust the cable to lower the idle but at the next cold start the low/rough returned.
Meanwhile I also pulled the PAIR and did the EGR loop backs. Also replaced the accel cable itself (it was dragging badly) and the accel pedal assembly inside the truck (worn pivot joint there, took all the glutes to maintain pedal pressure over several hours of trailing).
Somewhere between the last time I messed with the accel cable adjustment at the TB and after removing PAIR/replacing cable and pedal, the issue ceased and it's been a year or more since I've had to deal with it. Probaby also replaced all the vacuum lines I could get to in that same time and confirmed no leaks in the big rubbers - air intake hose and anywhere between the MAF and TB.
Maybe your throttle position sensor is giving up?

Erratic Idle is commonly a bad throttle cable. If the sheathing on the outside is falling off I'd swap it out and make sure it's adjusted properly. A P0172 means the ECU is compensating for a rich state which means there is too much fuel being injected. So don't think bad connections or air leaks, thick stuck injector/engine harness.

Based on @landtank 's comment, I agree. Therefore, I would focus on the wiring harness near the EGR. Known place for melting wires.

Our 95 shop rig had the same/similar loss of power issues (but no codes), that went away when a new engine harness was installed. +1 on investigating wiring as a part of your diagnosing. Start at the ecm behind the glove box and make sure those connections are solid, then work your way to each connector/sensor as best you can, checking wires along the way. As @BILT4ME stated, egr area is common, but don’t go straight there. Almost all the injector connectors (5 out of 6) were broken, egr was zone was melted, knock sensor connector was less than ideal, etc.

vacuum leaks give you a P0171 lean condition.

Thanks everyone, a lot of good advice here for me to sink my teeth into. @landtank a throttle cable is definitely on my list of items to replace. Mine appears to be original and much of it has the sheathing missing.

@Delta VS you sell those don’t you?

Dirt Ferguson said:
Thanks everyone, a lot of good advice here for me to sink my teeth into. @landtank a throttle cable is definitely on my list of items to replace. Mine appears to be original and much of it has the sheathing missing.

@Delta VS you sell those don’t you?
Click to expand...

Yessiree, along with dealer, partsouq, etc. Have them in stock for same/next day shipping though.
You must log in or register to reply here.

What are you guys using for license plate lights on aftermarket bumpers?

Loss of brake vacuum after 10 minutes