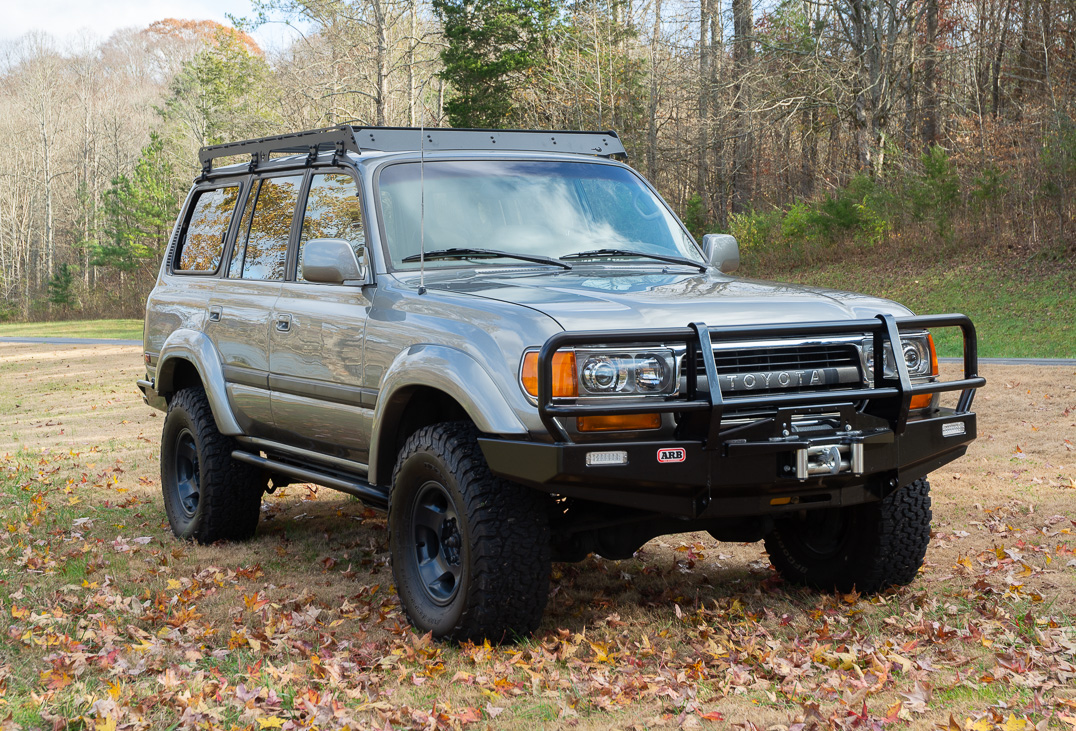 This is a 97 FZJ80 40th anniversary 3x locked truck, professionally restored with no cost spared. No rust issues, garage kept and only driven in the rain a few times since restored. The vehicle was bought from an older guy in NC specifically to do a restore from. It went to a shop in Virginia for about 8 months and they did the majority of the restoration and mechanical work, most of which was preventative. I then added some things over the last year like the HIDs, stereo/speakers/sub, LED lighting, Prinsu rack, etc.

This build has been my baby and a lot of thought/time and way way more money went into it than what I’m asking. It was over a year in the making. I’ve now enjoyed it for a while and itching to build something new. I like building/designing more than owning/using

Minor known issues:
The 40th anniversary side badges and interior badge are no longer available so those are not there. Also no 40th anniversary floor mats. However you can look up the VIN on toyota’s website to ensure yourself it is a 40th. The trim pieces (which are unique to the 40th) on the side have some surface cracks, but since these are no longer available from toyota we chose to plastidip it a custom antracite color. It looks good, but if you look REALLY close you can see the cracks under the surface. The “Landcruiser” badge on the rear tailgate has some cosmetic imperfections and could be replaced if you are really picky, but since it’s largely covered by the 4x4 labs bumper/swingout I never did. There is a dent on the lower right rear tailgate that is covered by the 4x4 labs swingout and is not really normally visible so I left it. The power antenna is currently in the up position and does not retract. Should be a simple fix but I haven’t looked at it yet.

As you can see, LOTS of work, customization and preventative maintenance has been done here to justify the price. My goal was to make this truck look great but also be as reliable as a modern SUV, and I think it's there. The truck drives great, no unusual vibrations or sounds, tracks straight and has good power. I’m willing to work with you to ship.

WHAT, YOU WANT A TURBO?
Wit's end is holding a turbo kit for this truck and I'll include it (as a kit) for an additional $5,500 if the buyer is interested. I've had this on pre-order for about 7 months and it is ready to ship. If I don't sell the truck in the next few weeks I'll just ask Joey to give me a refund.


Please no low-ball offers, not desperate to sell. Serious buyers only.
Truck is in Knoxville, TN
text 865-548-377-five and we can talk or exchange email addresses
or contact me via mud messaging

There is a set of OEM 40th side apron badges in the IH8MUD parts classified for $200.

Very Very nice one. Just needs the badges. Probably worth asking price to someone who wants a turn key 80.

Love how the headlights came out in this thing, I remembered when I first saw a picture of your rig I searched your post history looking for more. Its beautiful man, what a great turn key example/

Thanks - I think they came out well too. The bezels are painted a bit darker than the body for some contrast and to cut down on the chrome look.

Wow, that is a clean 80. Great-looking build and not overdone. GLWS !!

Hey buyer...
Ready to sell?
You must log in or register to reply here.