Hey -- wondering if I should delete my ARB front bumper and go back to stock for resale value? I also like the look of the stock front end. Also any idea of the value on this truck.


My cruiser is a 1995 green exterior and tan interior with oem front and rear lockers with roughly 137,500 miles in very good condition.

The truck has been garaged with no fading. It does have some nicks and scratches from age mostly on the lower part of the doors and rear pics included. The paint is in need of a good buff or paint correction at this time. The front drivers fender front corner was repainted and blended, clear coated due to off road damage from the previous owner going off roading. The fender was never removed form the vehicle. Also drivers passenger flares where also replaced and painted at this time. Front valance was replaced with a new oem and painted at this time. This is the only paint work and oem Toyota green was used to do the repaint from a professional shop in NC. Since then my wife scratched the passenger side rear flare by hitting the garage backing out.

After I purchased the truck I added a OME lift 2", added 4:88 gears, 35in tires, long field chromoly front drive shaft, just installed a new 4x4 labs rear bumper, had Robby aka powderpig in Boulder, CO replace the head gasket along with new 3 core oem radiator and phh, new gaskets, injectors cleaned ect all for a pm since I was passing through coming to over $4000. Lots of new oem parts replaced by me new oem drivers mirror, oem drivers bottom seat foam cushion, all oem brake pad, rotor ect, oem steering pump and all hoses, oem brake booster, oem all front bushings aka thanks to georg @ Valley Hybrids, Stockton, CA, oem tie rod all oem rods, oem master cylinder, oem rear seals, all rubber door seal are in excellent condition and stay treated with napa silicone, all front seals are now being done for the second time since the knuckles started leaking again. Lots more ask... Just noticed A/C isnt working so thinking a seal is bad somewhere. Rear heat delete. Most upgrades my wife and I have put roughly 40,000 miles on it. Last year when I removed the rear bumper and installed 4x4 Labs rear bumper I found a small rust spot . (Anyone in the Sacramento area do metal body work? )This happened from where dirt got up in the passenger quarter. This was caused by the small black plastic rear cover had come out probably years ago. I would like to get this repaired. This truck does have the ABS deleted but still have all of the parts to covert back over. The only light on the dash is the ABS light. For roughly 10,000 miles it had a p4020 code and was fixed by replacing the entire exhaust with a low mile CA wreck and new oem gaskets. Anyway just wondering because at some point I may end up selling it If I decide I will no longer need this type of truck. I have a home in CO that I will still need it for awhile longer. - oh only leak that just started is at ? rear main seal think because I had it sitting in the garage for the last year or so on jack stands. I did start it from time to time and added fuel treatment - has some service rust on the rear sway bar in places and down in the axle where the brackets are at in places - I treated and brushed some black rustoleum in the areas I could reach. All of this was done when I removed the rear bumper and added 4x4 Labs one. one more thing - east coast truck new - garaged until previous owner took a stock truck mudding the short time they had it - I purchased it around 2013 added all above and have been on only a couple non rock crawling trails in CO - the wife drove it as a daily until around two years ago until we purchased a new Subaru - also in my honest opinion the leather needs replacing starting to harden up front - Ive treated it and treated it but its not coming back -- the rear is nice but where my kids got in and out of passenger side the color started cracking not the leather but the color - needs died back or just replaced to match the front if done - 3rd row great condition. added at the bottom: oh yeah all new oem brake lines extended where needed - all new oem u joints, double cardan land tank front joint - not sure what else but all of these vehicles will need this from age no matter what miles it has so this will add value to someone - purchased this with 90,000 miles having no idea but hopefully good for another 100,000 miles plus - sitting is the worst blah

ps just to lay this out there for the reason I wanted a fjz80 -- 1. loved the looks ever since they were new 2. loved toyotas and have owned a 85 and 87 pickup, and still own a 87 fj60. 3. have four kids and needed a third row 4x4 that I could go to any state or country and not worry as much 5. was a traveler in the medical field and thought I was going to be traveling alot more to different hospitals to work all across the US ( still may) -- so this is the reason I wanted this kind of truck fixed to go and go - carrying kids you start to think a little different - be real bad to brake down in the middle of a blizzard somewhere - thanks to this website this idea became reality thanks again guys and gals for helping me along the way


pics from roughly 5 years ago 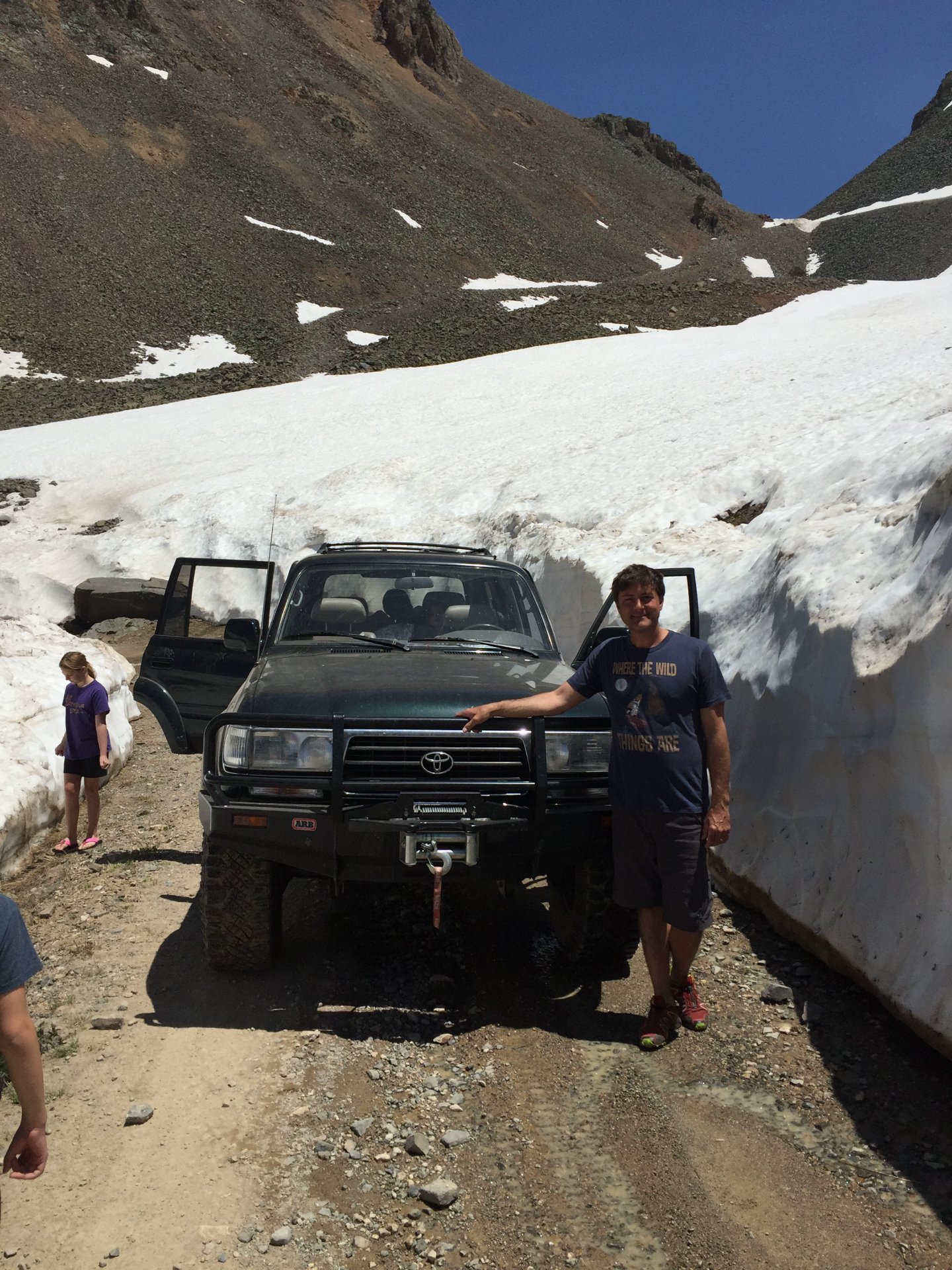 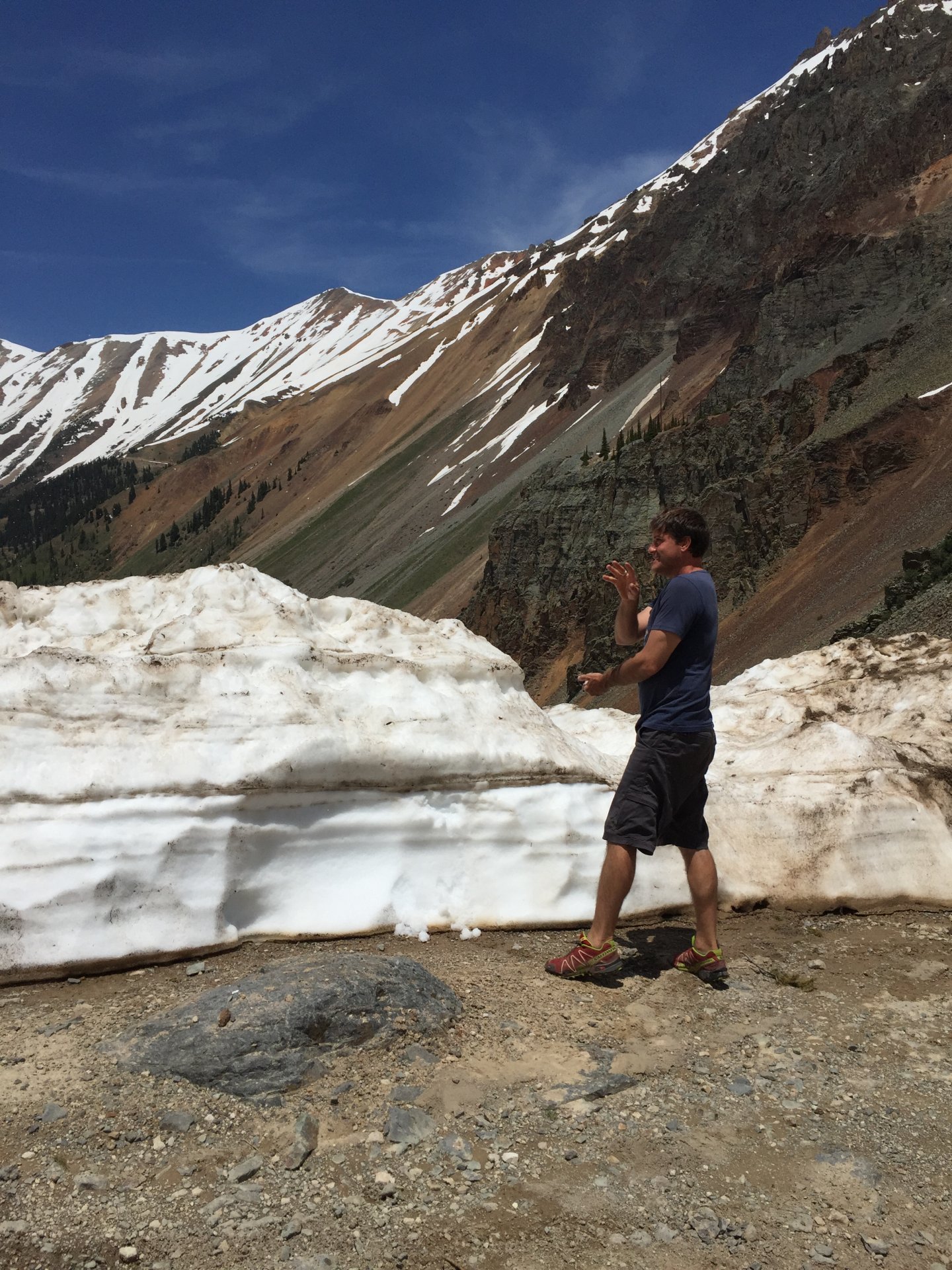 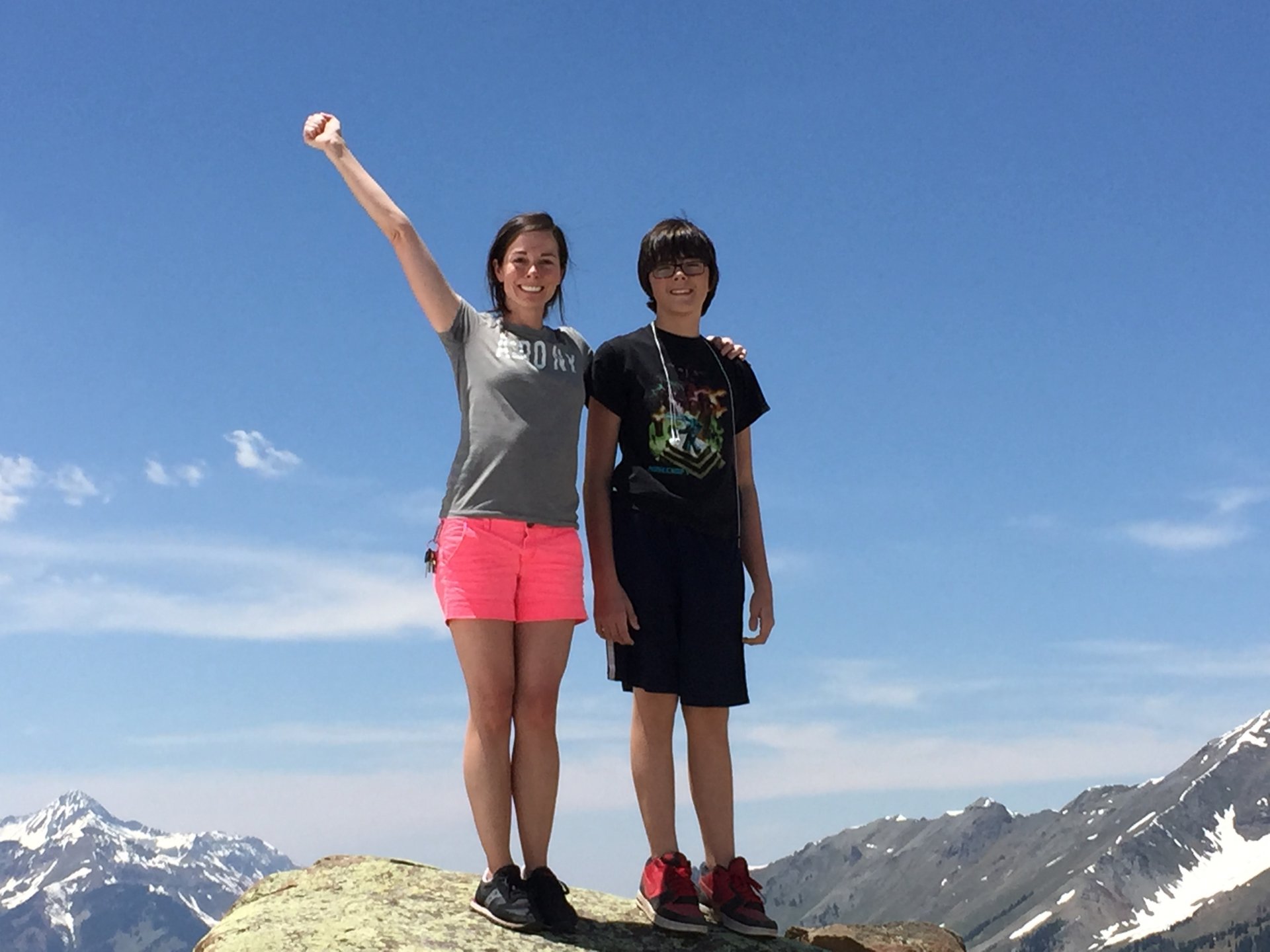 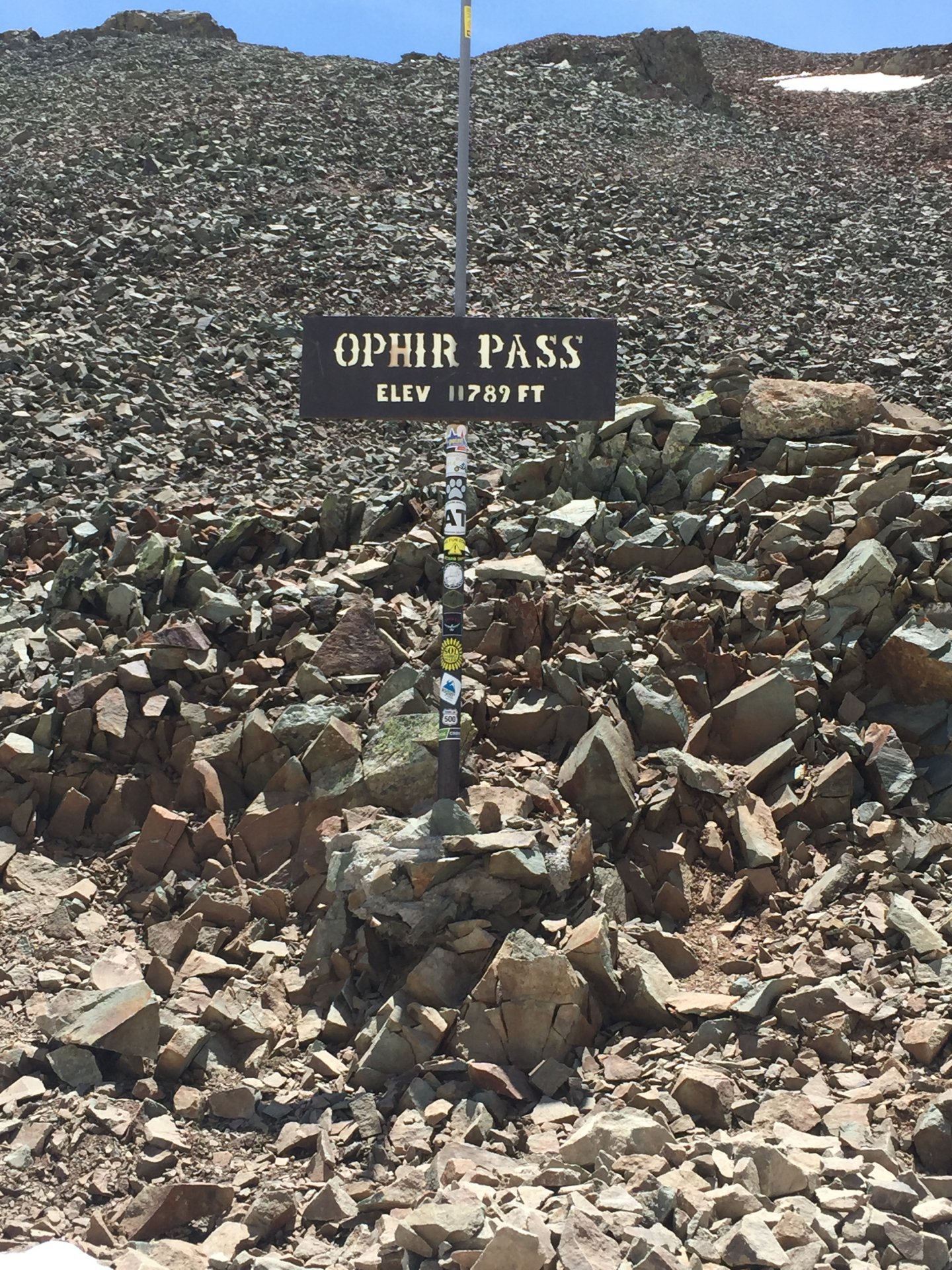 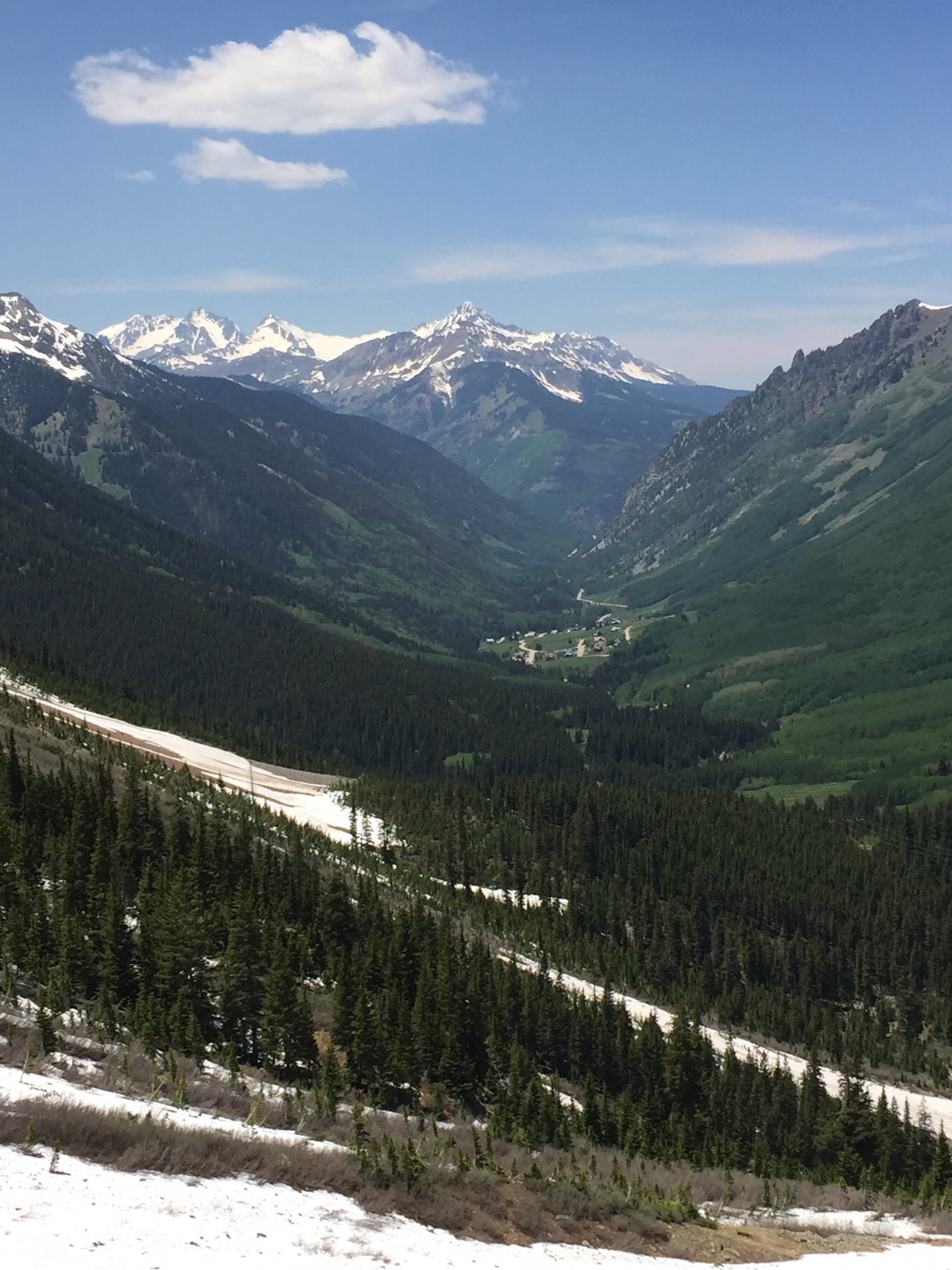 Probably a waste of time considering you had to hack off the rear cross member to install the labs bumper. It’d be a pretty big pain to go backwards.

I’ve always seen the ARB as value added but I’m a fan of the bumper. Let the next PO keep it and put the proceeds towards their next bumper if they don’t like it. Or sell it and re-install the stock one because you like it. Your life

Worrying about the opinions of some random internet idiot (me) is no way to live life. Do your thing. Don’t worry about stupid peoples’ opinions.

If I need technical assistance I ask Mud. Aesthetic choices...not so much.

editited to say... you’ve been at this game longer than me sir lol... sorry for the rant 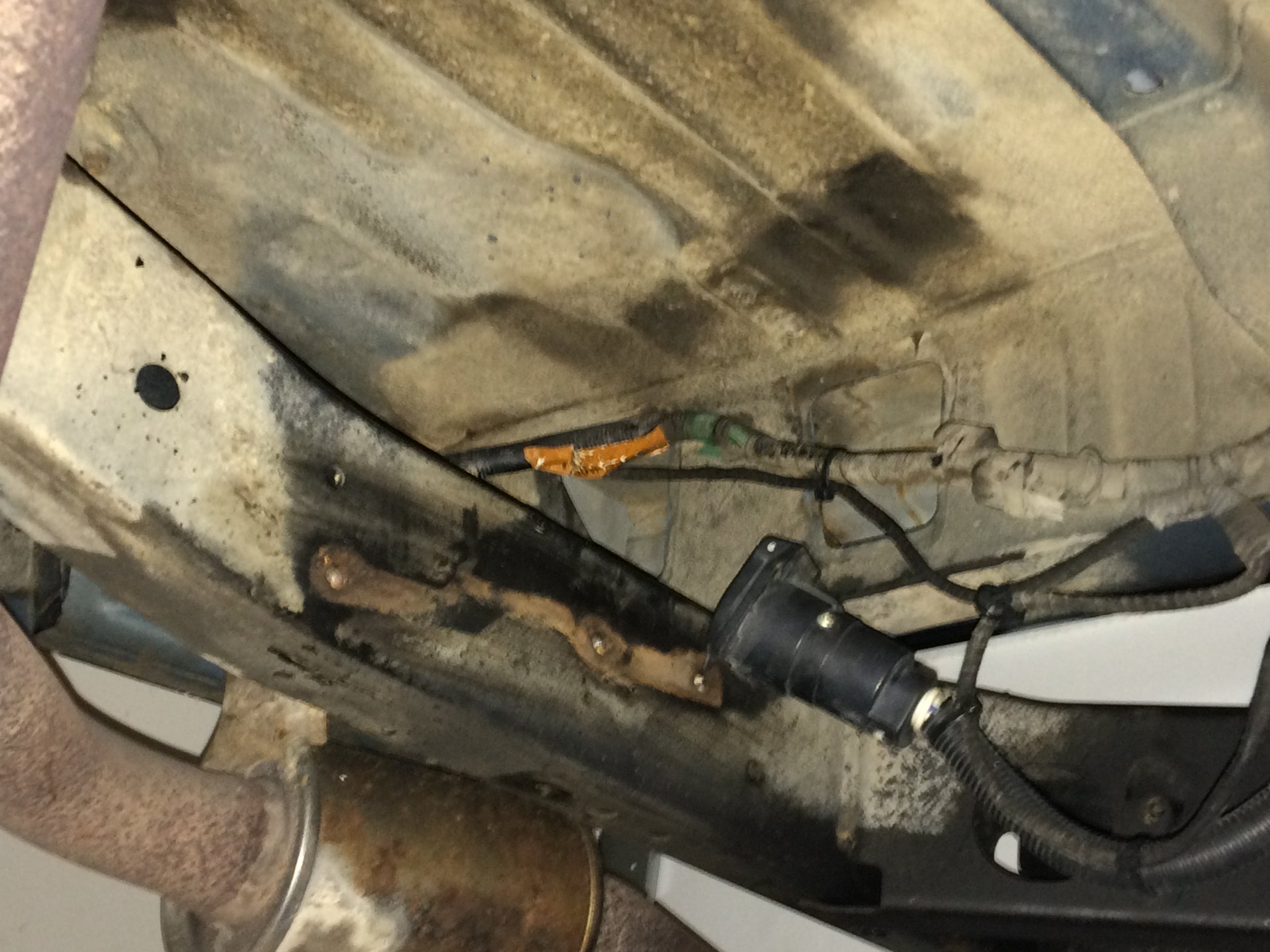 watch out for these areas - the black covers had popped out and caused dirt to fill in the passenger rear quarter area causing rust to start - new covers installed - this pic was during 4x4 labs bumper installation
Last edited: Nov 29, 2020 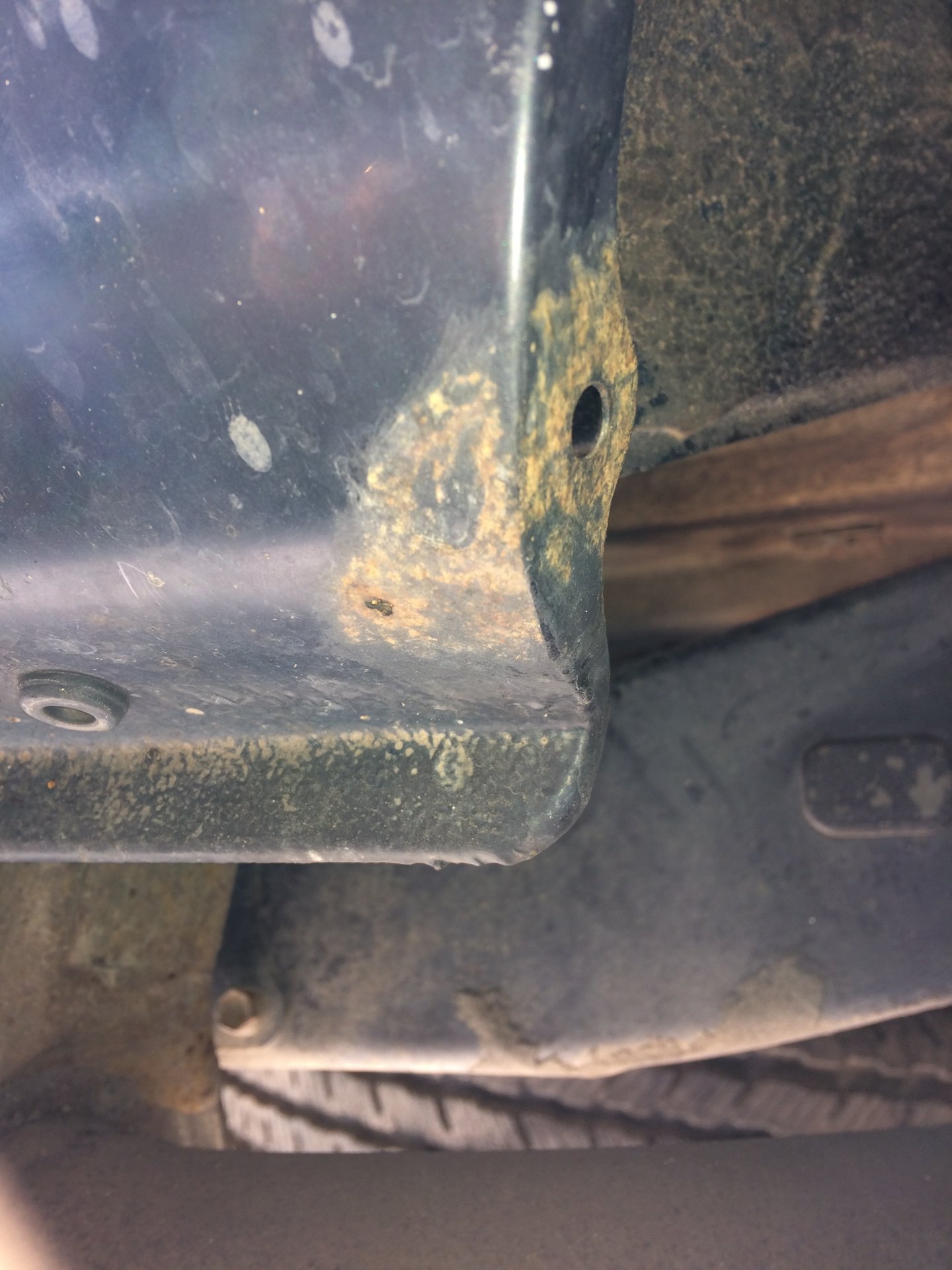 rust passenger side quarter -- I treated the area but needs to be cut out and fixed - pic is before area was treated to show rust area
Last edited: Nov 29, 2020 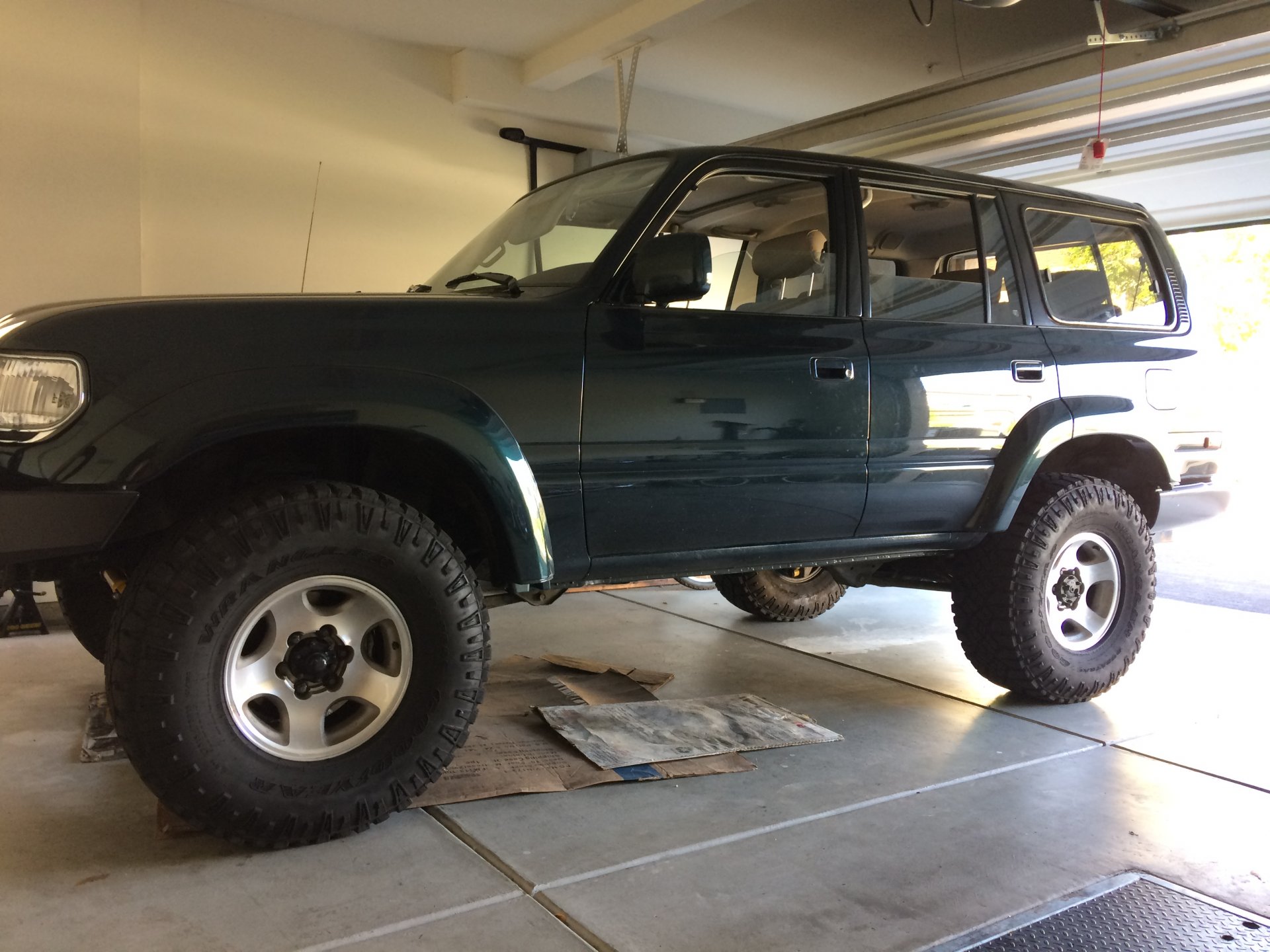 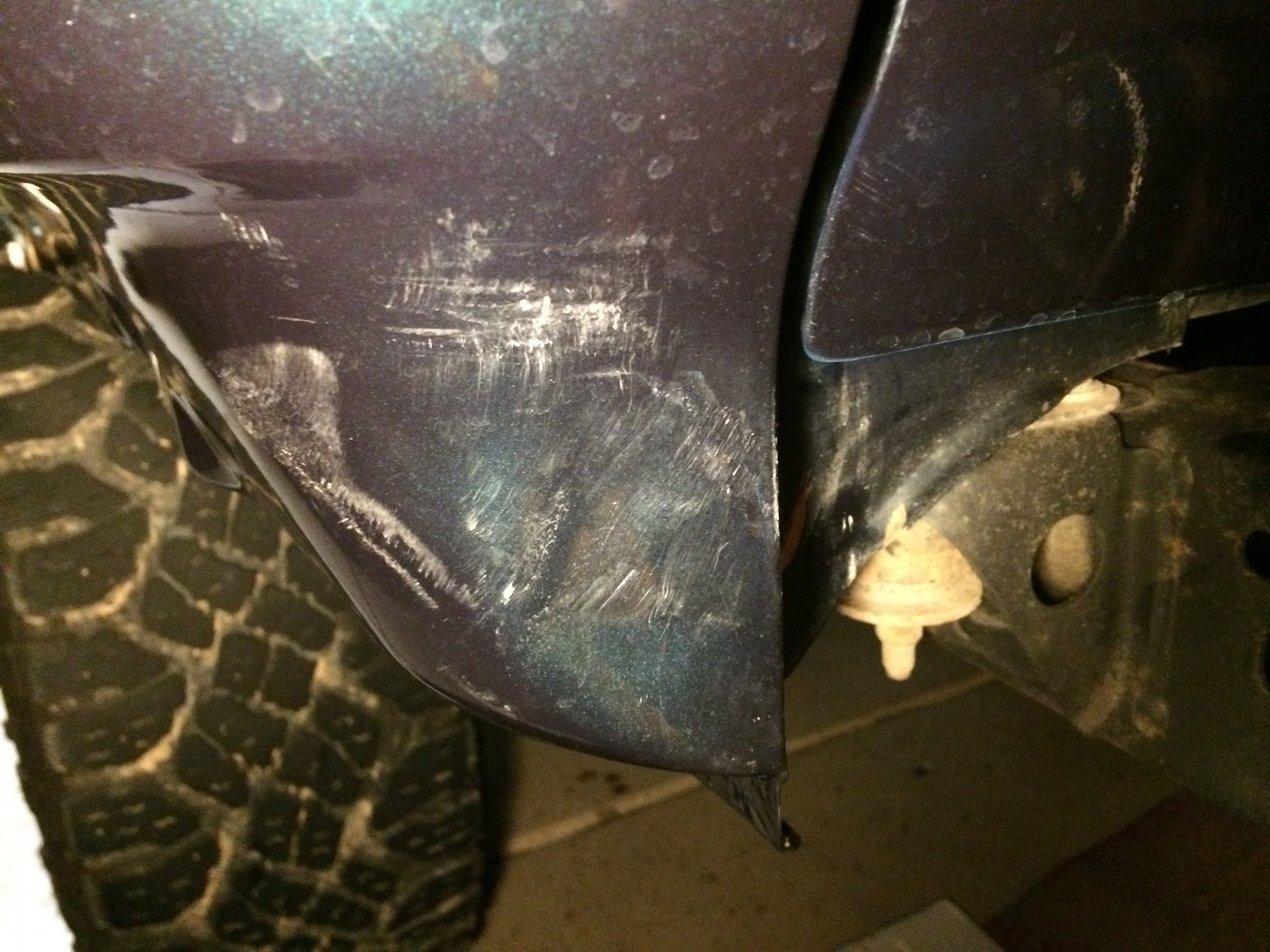 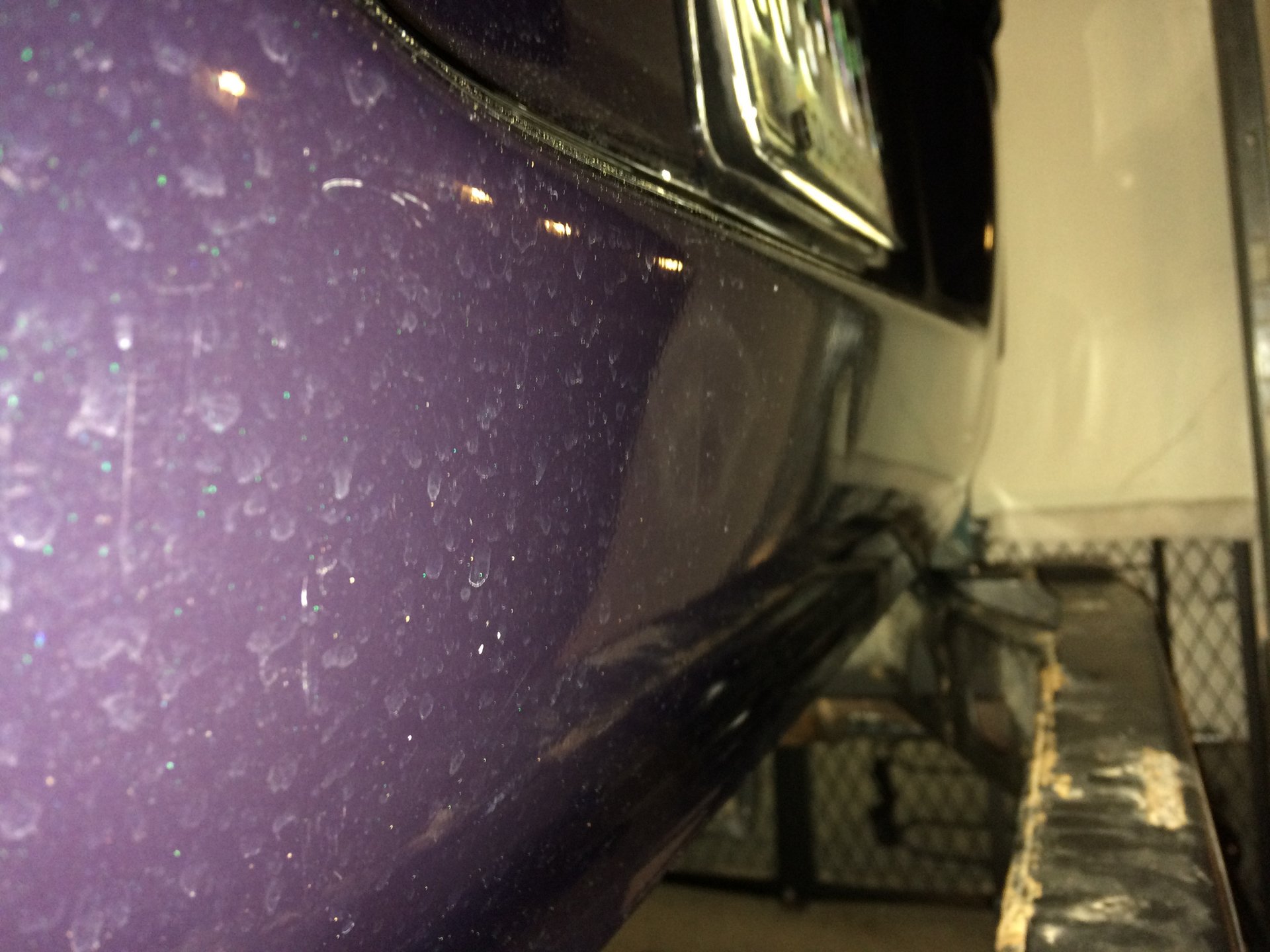 shows small dents where I closed the tailgate down on a coke can
Last edited: Nov 29, 2020 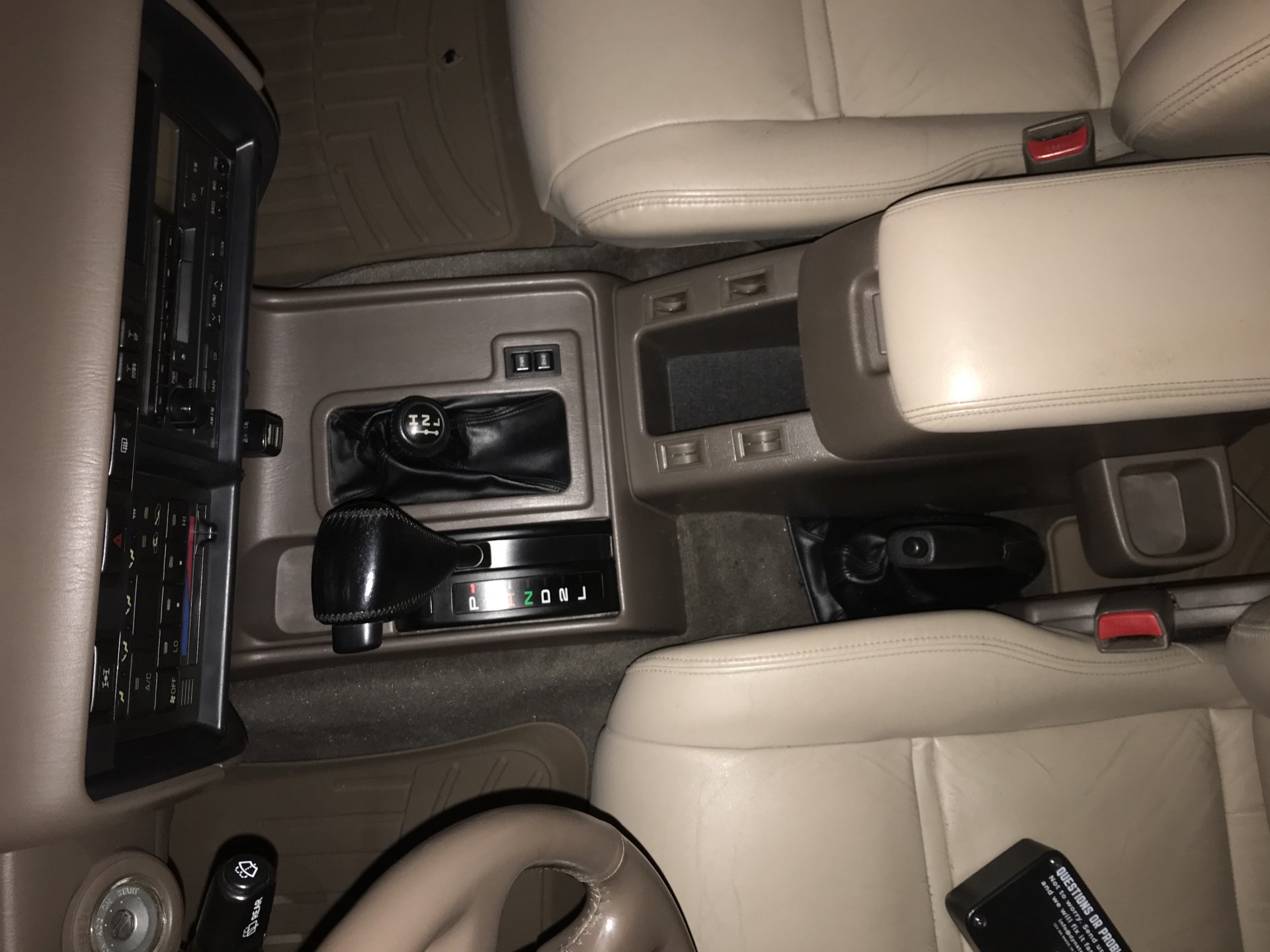 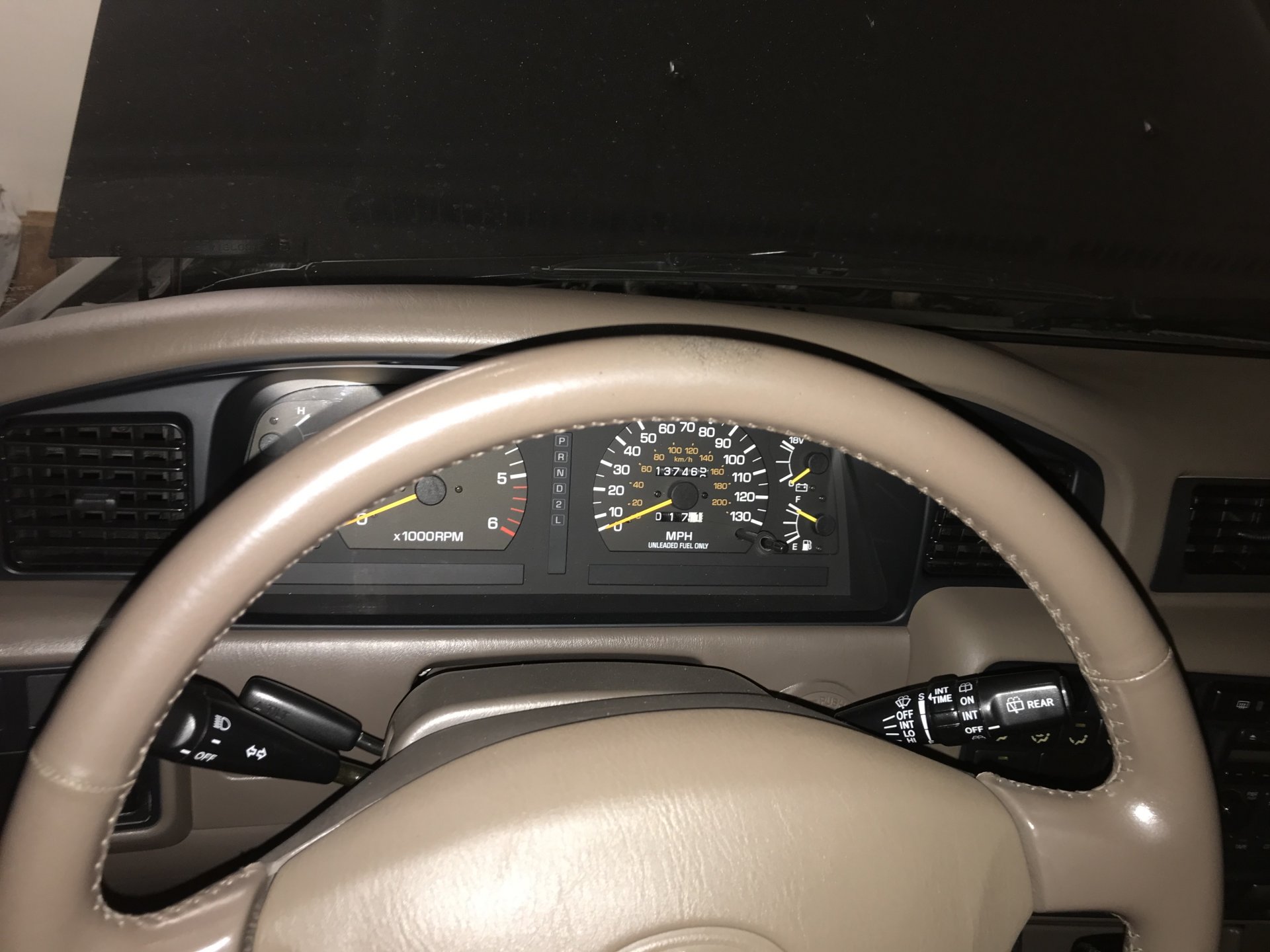 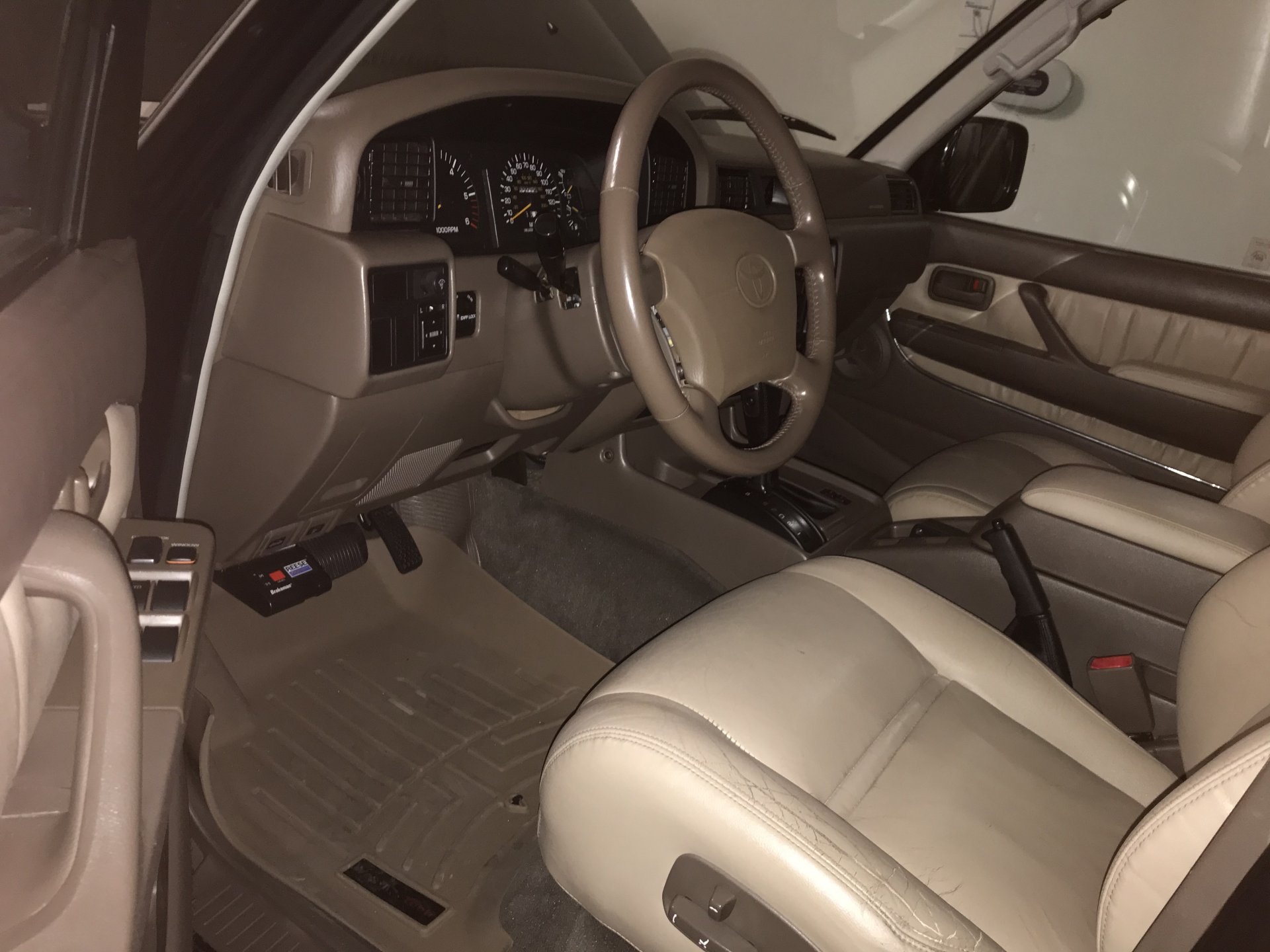 lockers are in good working condtion 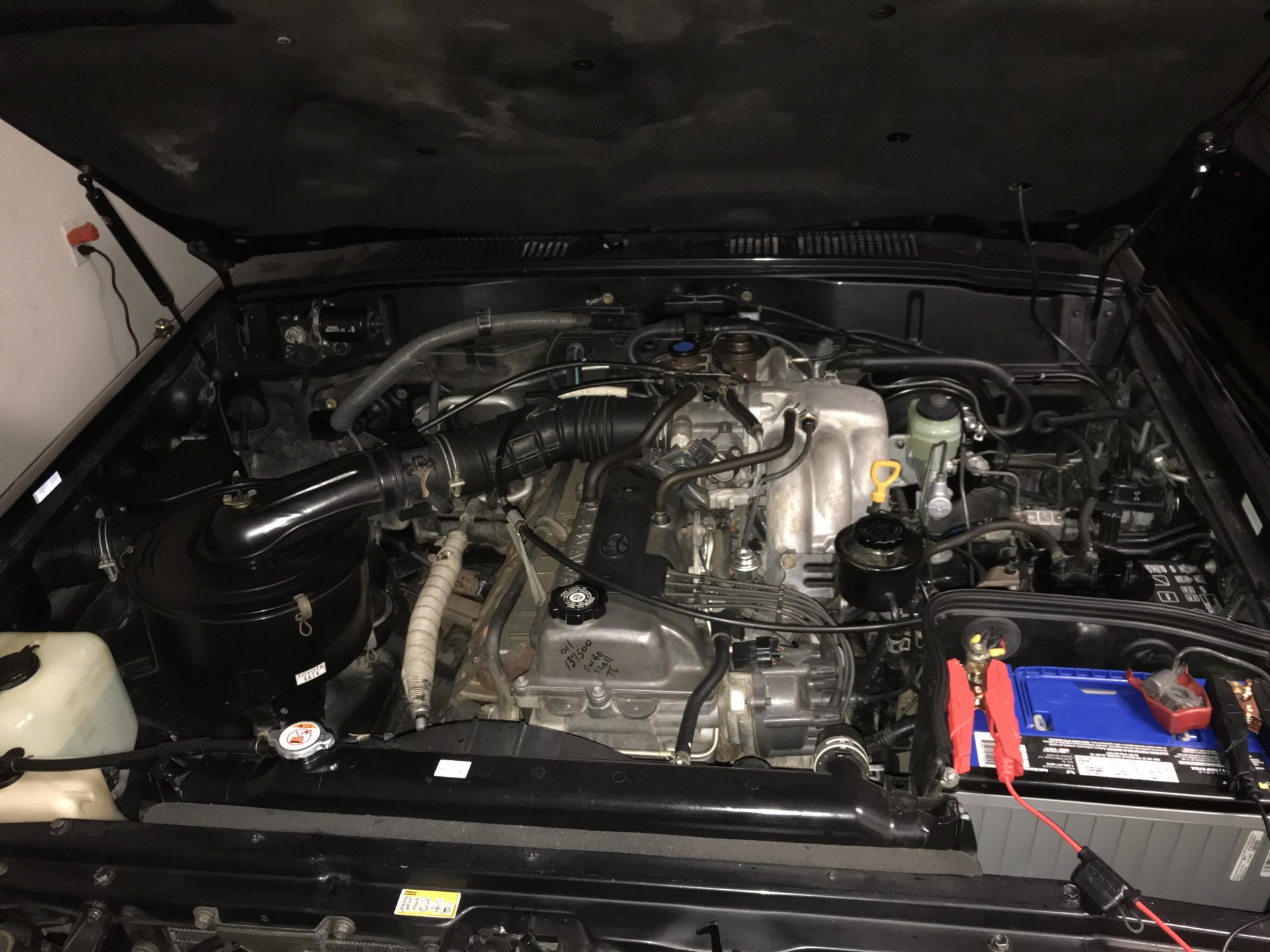 all hoses have been replaced along with plug wires, spark plugs, all new oem filters recently and even the oil cap seal was replaced - the one closest was not, the radiator one going to the overflow wasnt, the charcoal canister one was not but had that canister changed out to the chevy version recommended on here, the rear brake booster hose wasnt but recently new oem brake booster and master was replaced kept getting a soft pedal like air is in the line - after replacing rear brake pads it has gotten better but not rock hard like I like them to be, all new power steering pump and hoses replaced main one was sweeting fluid so replaced all while I was doing that one - get one replaced the others come behind it sooner then later 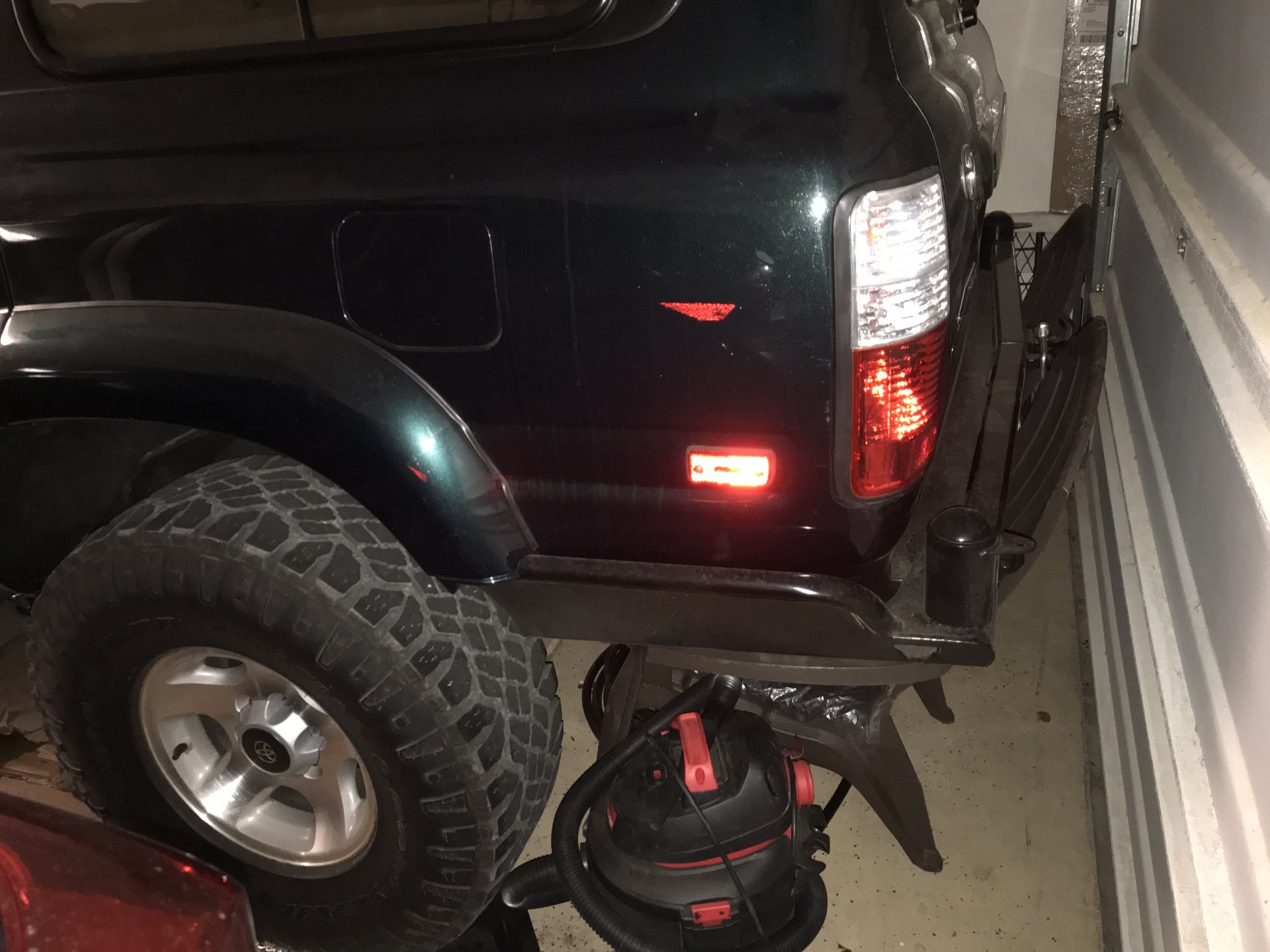 ? new oem wheel caps went with 94 - might consider going with 95 not sure - also have oem tail lights might go back with them but unfortually they are in storage in NC so will have to wait on that - The 4x4 labs bumper does have the tire carrier but not installed - was able to pic this up at 4x4 labs already built which was nice reasoning I went with them
Last edited: Nov 30, 2020

hward1 said:
rust passenger side quarter -- I treated the area but needs to be cut out and fixed
Click to expand... 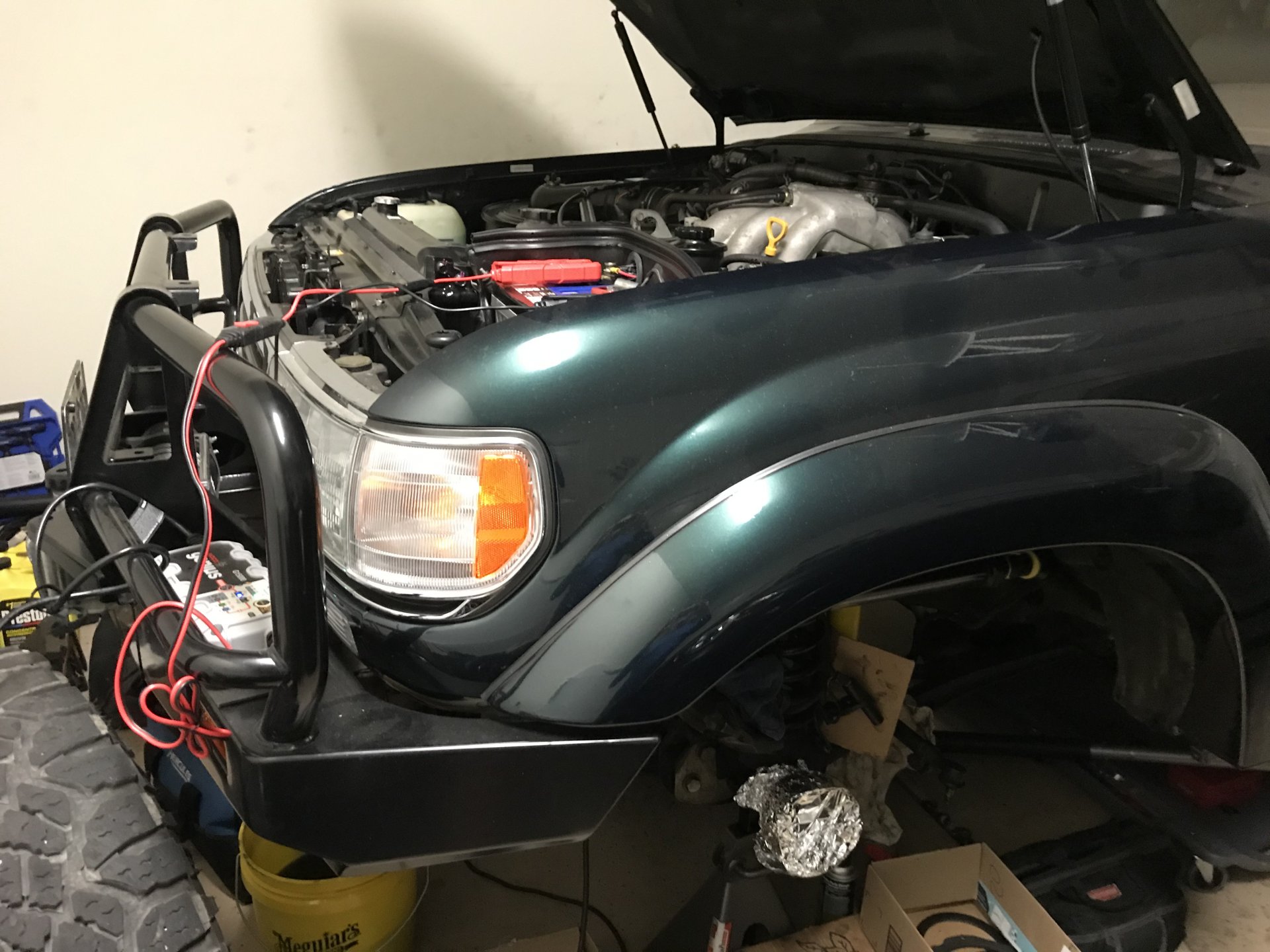 up close carpet pic no stains no smells 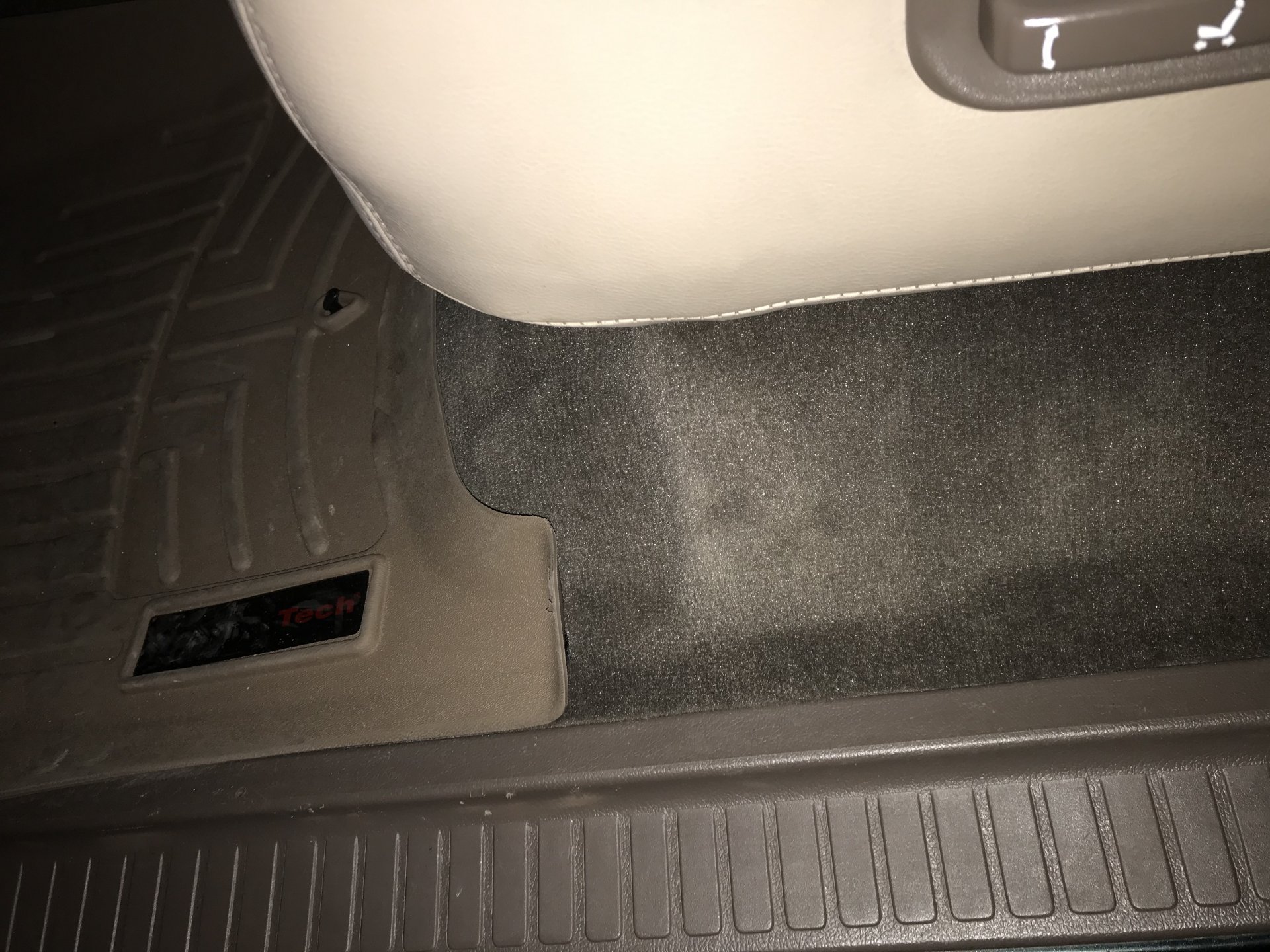 Arb should not affect resale value. Removing abs and ac inoperable probably will. My guess it's it's worth around 14k as is. Closer to 20k with abs and Ac.

White Stripe said:
Arb should not affect resale value. Removing abs and ac inoperable probably will. My guess it's it's worth around 14k as is. Closer to 20k with abs and Ac.
Click to expand...

thought so going to reinstall abs and A/C comes on but no cold air and was working before parked so thinking a seal is bad somewhere -- what could be done to increase the value to $25000 + or would that be removing all aftermarket adding back all oem -- all seals have been replaced except the rear main I believe - might have this done also just noticed this recently not dripping but see signs of seepage of clear engine oil at the bell housing
Last edited: Nov 29, 2020

oh yeah all new oem brake lines extended where needed - all new oem u joints, double cardan land tank front joint - not sure what else but all of these vehicles will need this from age no matter what miles it has so this will add value to someone - purchased this with 90,000 miles having no idea but hopefully good for another 100,000 miles plus - sitting is the worst blah 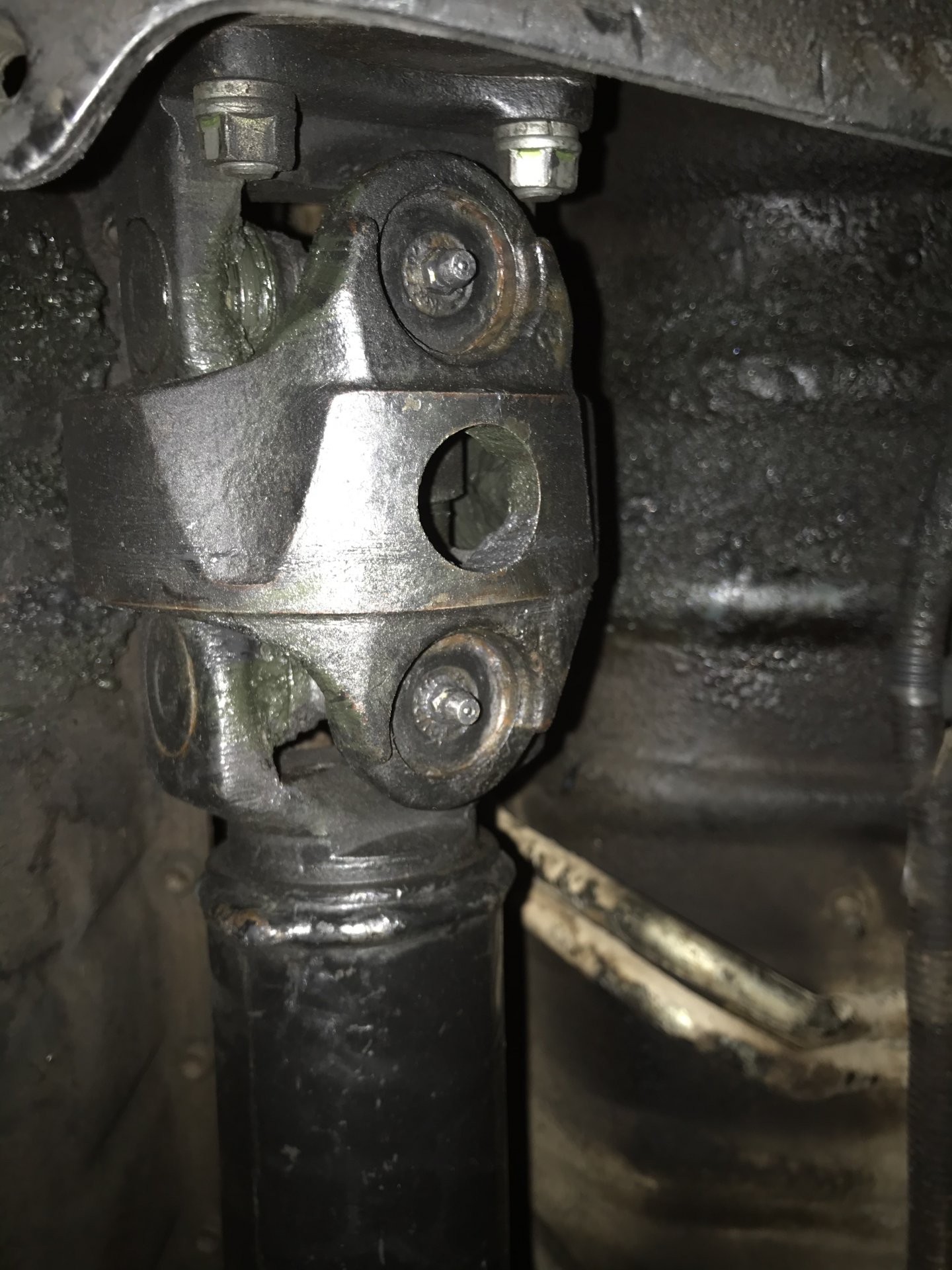 double cardan - rear heater hoses left in place but not used any longer -- transmission needs to be removed to have new pipes installed and decided to use Witts end heater hoses instead
Last edited: Nov 29, 2020 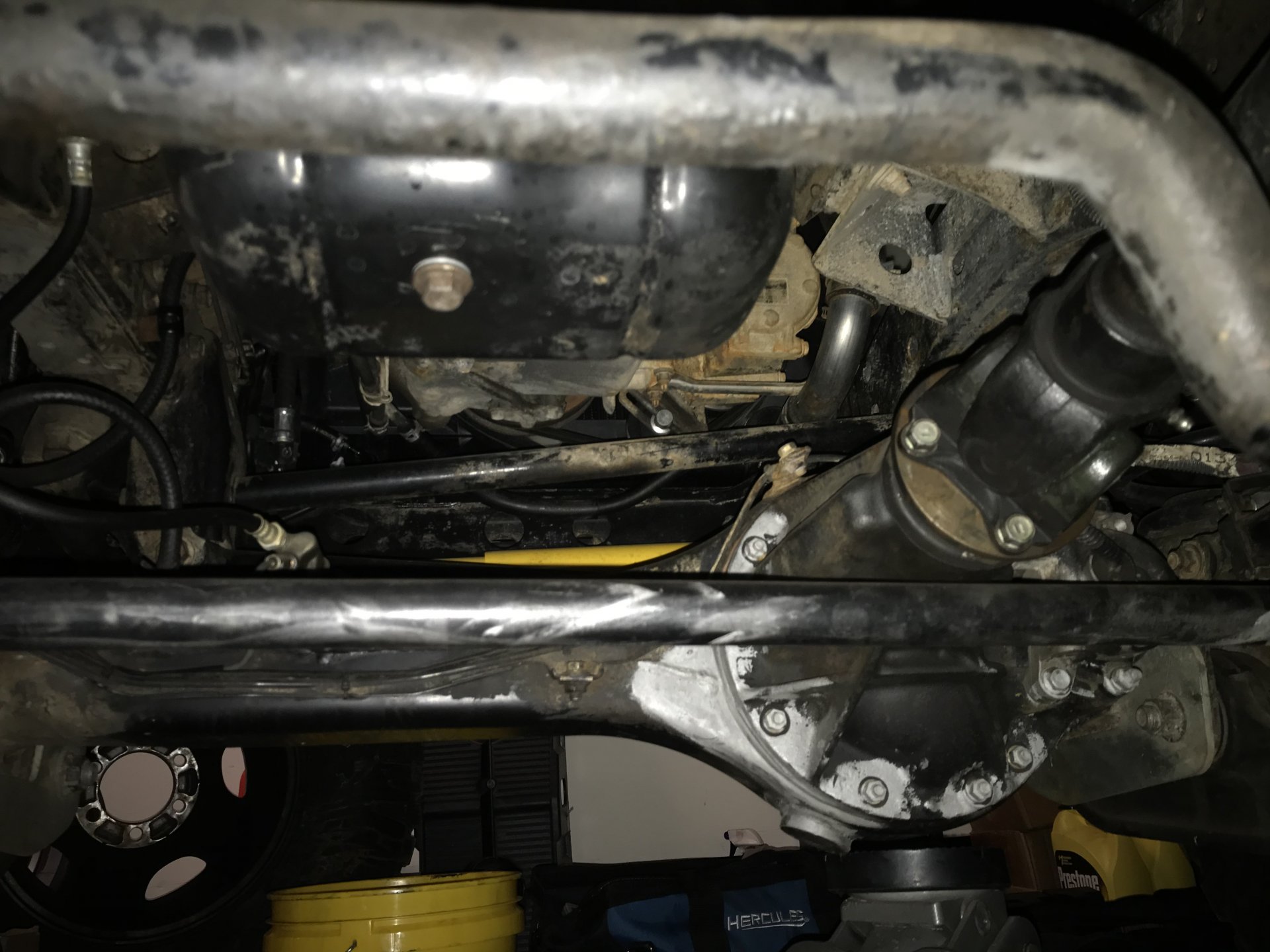 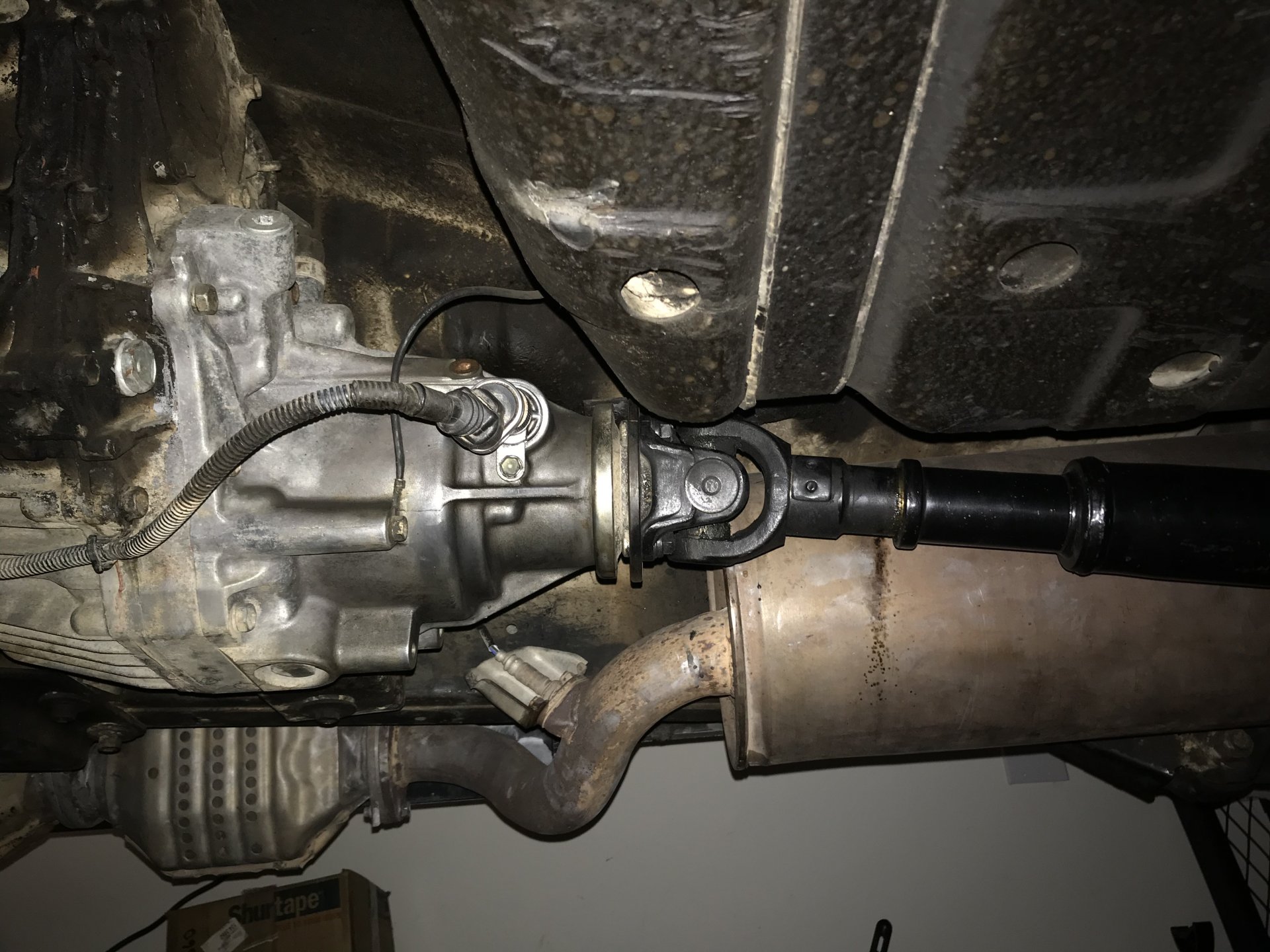 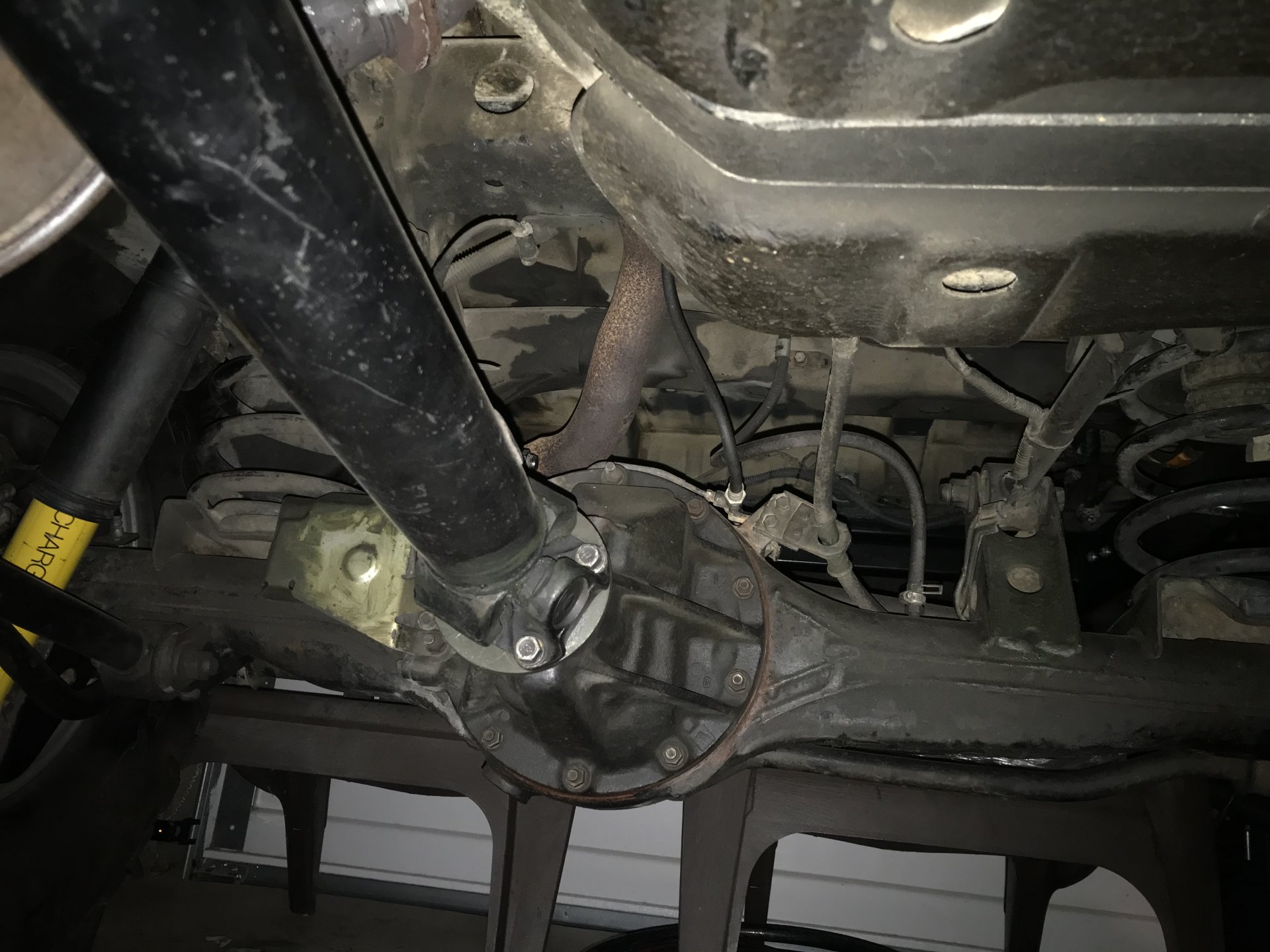 chain oil was put in all areas to ward off any rust in pic rear wet looking - also notice the toyota fipg sealant in red looks brown in pic around 3rd member - this is where it was removed to install 4:88 gears - gears were done at a gear shop in Raleigh, NC - top of pic new oem exhaust bolts and gasket - extended rear breather going up to gas filler neck located beside gas cap
Last edited: Nov 29, 2020
You must log in or register to reply here.