Hi all, been a while since I've posted anything, so I figured I'd post my troubleshooting process for what turned out to be a bad EFI Relay for posterity's sake. Maybe this'll help someone in the future.

Location: Literally died in my buddy's driveway, who also happens to be an Electrical Engineer who works on Submarine sonar equipment all day. (Talk about fortunate)

Symptoms: Strong Crank, No Start. No observable spark at Plugs, Dizzy center Line, or Spark/Igniter. No Check Engine Light at ON Position. Slightly warm EFI Relay after cranking for extended periods of time, and ever so slight hot marks on the EFI relay +12v pin port.
Prior Symptoms: Occasional hard start after rapid temperature swings from Hot day to Cold Night.

Troubleshooting:
We reviewed the wiring schematic in the back of the FSM. I believe #15. I'm not very good with electronics but my friend was much more in his element. (I think I'll post this diagram in the replies down below when I have some spare time.

Starting at the battery, we first confirmed power made it to the Brass Screw of the black Engine fuse/relay box. By confirming +12v we confirm that fusible link is intact.
Next we checked the +12v feed pin where the EFI Relay slot is. (I believe Jon Held has a diagram of what each pin on that relay is used for.) Btw, Jon Held continues to be the guru for these types of problems. The dude is my hero.
We confirmed +12v to the aforementioned pin.
Next we checked the B+ port on the Gray Diagnostics port. This should also yield +12v. We observed a minuscule voltage of around +.3-.4v.
Based on the schematic everything upstream of B+ feeds the ECU and Igniter modules, thus no need to go further. No voltage was going beyond B+.
We've found the gap. Given that the only consumable part between those two points is the EFI Relay it was pretty obvious that we had found our culprit.

Additional:
Although we went above and beyond and also tested a few more things,
Firstly we also tested the EFI Fuse in the black box (15 amp blade fuse) - Passed Check
Next we checked the ECU Blade Fuse in the interior fuse panel - Passed Check
Finally, in order to satisfy my lizard brain and eliminate a possible burnt CEL Bulb, we jumped +12v directly off the battery positive terminal to the B+ port and managed to illuminate the CEL Light in the dash. Thus confirming the initial diagnosis.
Also for mostly giggles, we jumped power into the actual relay and did a sort of bench test to see if we could get it to make any sounds. No clicks or anything observed or heard.

Suspicions:
My buddy suspects that a few too many jump pack starts as the relay serves as a sort of diode to isolate the black fuse box from the higher voltages of the ignition stuff (all greek to me tbh), may have contributed to the relay's demise, however, it is also OG equipment and sometimes it just decides today's the day. lol

Remedies:
Have a good voltmeter and some patience. Also carry at least one backup of that Relay. Luckily I was able to have an Autozone replacement shipped out in 1 night. (Thanks Cody!)

I kept the original since it had both the Denso Part No# as well as the Toyota Part No# for cross reference. Another spare is on the way.

And that's basically it, I know this story has been troubleshot many times, but I wanted to add my experiences as well to give back in a way. Popped in a new relay and we were back in business.

Thanks again to everyone on MUD for the amazing support over the years! You all are what makes this community special.
Basically...it's tractor that does "sport utility" stuff.

Hi RedComet,
Thanks for the write up and info. I am at the beginning of troubleshooting a dead fuel pump issue. Likely a fuel pump but I am going through the diagnostic first. Glad your LC died in a good spot. Mine...not so much.

It was about 5 hours of witching from a Jeep to get me out! 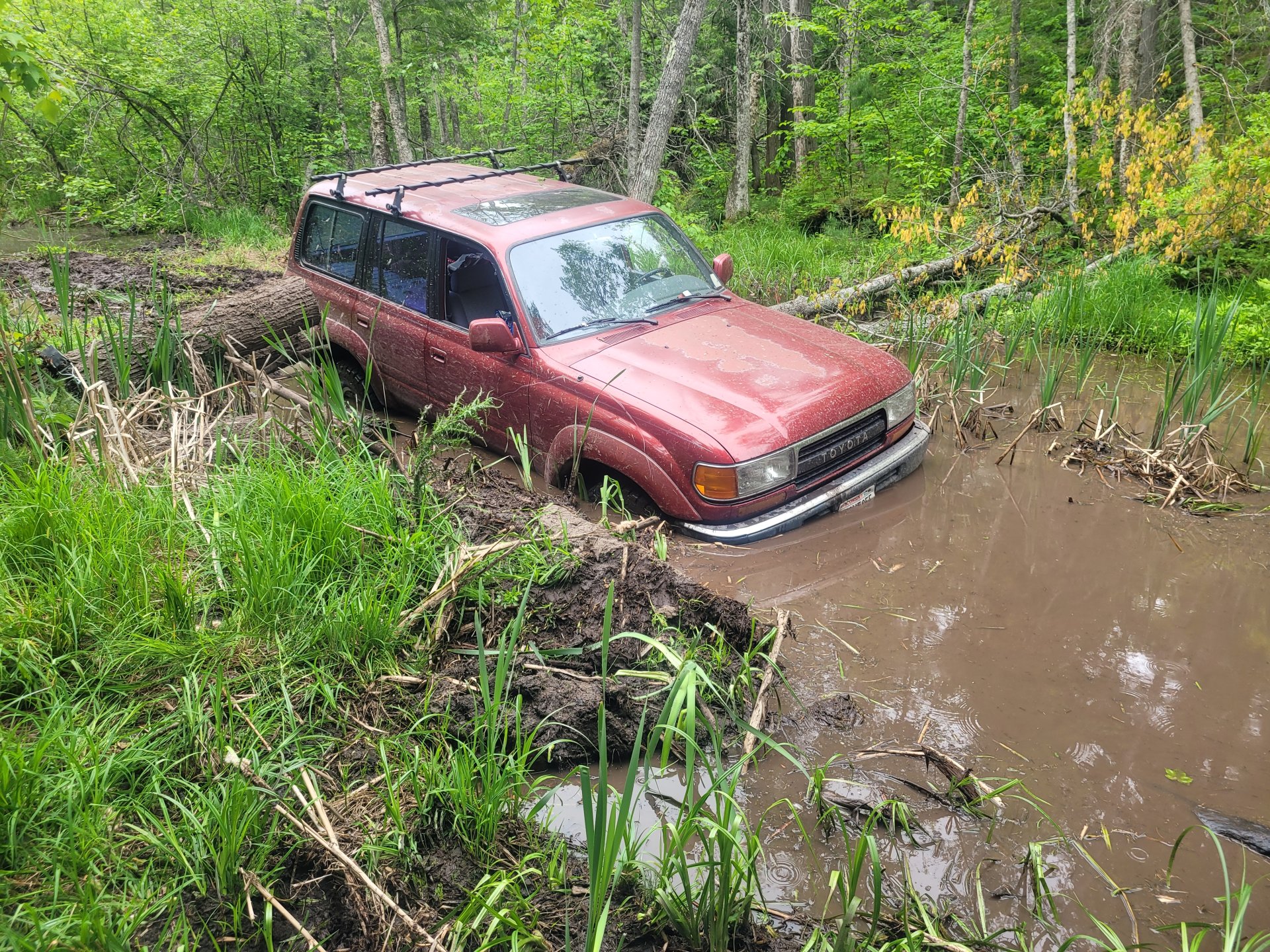