I have just completed a conversion from my old 350 Chev to a Gen III LS1.

Decided a while ago to get the engine if by the off chance that I wanted to get rid of the 350 Chev that was in there. I had recently upgraded the 350 to alloy heads and a new cam and it was running 160kW at the wheels, but the carby was letting me down. It was a truck avenger and I had had enough of it so I decided to change to fuel injection, and I didn't want to go backwards in cubes, so the LS1 was the ideal choice.

As I already had the 350 there I didn't have to move the chassis mounted engine mounts as they were in place for the 350. I had to get some new engine mounting plates made and these are running through the standard FJ40 engine rubber mounts. Behind the engine I kept the 5 speed box from the 60 series.

The engine had to be rebuilt after an inspection found that it was not in the best of condition as the oil was black and the white metal had just started coming off the bearings. I put a double row timing chain in there and new valve springs while the engine was be freshened up. It is now basically a new engine.

It is running 200kW at the wheels and that is enough for what I want to do with it. It gathers speed extremely deceptively and you have to remember that it has got soft leaf springs when it comes to cornering and slow down a tad.

Anyway, heres some photo's of the car with engine. I was already running a twin snorkel system with the 350 carby, and I didn't really want to loose them, so I made up an airbox running a standard filter that these things use over here in Australia. A Marks 4WD adaptor kit was used. 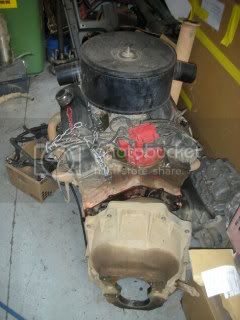 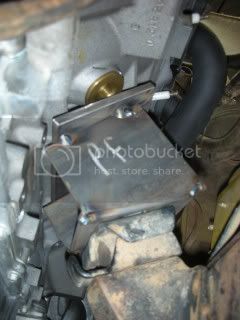 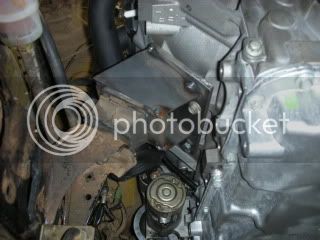 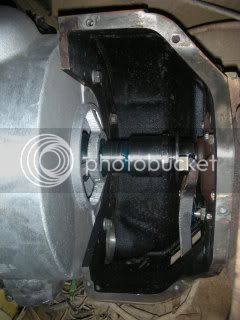 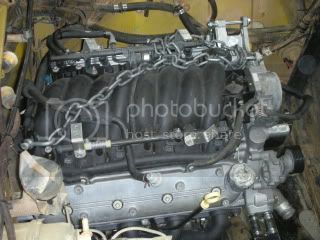 Clearance to the bonnet. I have a 2" body lift as well, so it all fits nicely. 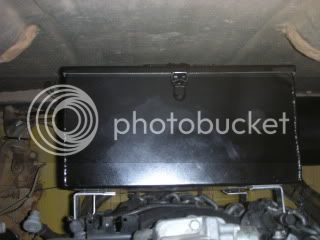 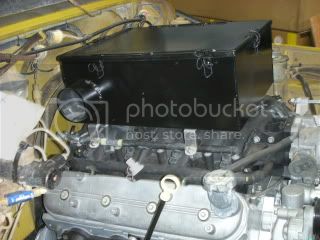 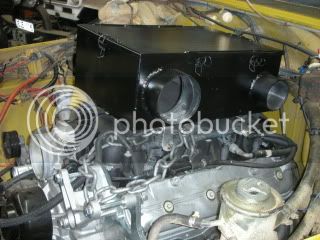 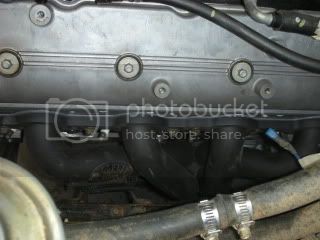 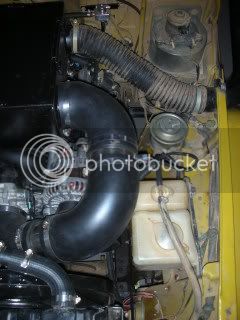 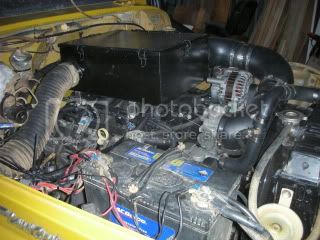 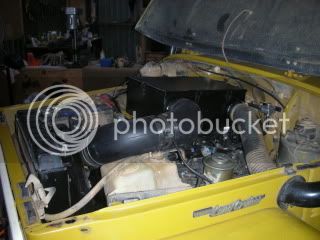 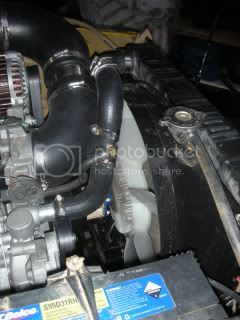 I can't wait to get it off road again. Needs some running in miles to find out any issues, but it drives nicely and the fuel useage has dropped from 25L/100km (10mpg) to 13L/100km (18mpg) immediately. Gives me more range when off road now, but I might still put a long range tank under the rear, Ill see how this year goes.
Last edited: Jan 30, 2012

Looks nice! I bet its going to run much smoother with the EFI...
You must log in or register to reply here.