I got bored and looked in the classifieds at what 80s are going for. Wow, are they really selling for that much? I bought mine about 9 years ago when it was lame Cruiser that no one wanted.

I wanted a 60 but couldn't afford one at the time. Now I cant believe what i am seeing people asking for the 80s. What's up with these prices?
F

People who grew up in the 80s/90s finally reaching an age with disposable income and a desire to recreate their youth.

add in limit supply (slowing being killed by rust), the fact very few modern vehicles can compare to the charm and robustness of the 80..

And the fact used vehicles incur no tax makes them good investments.
If you think used 80s are bad, go checkout supras and skylines.
I’m still kicking myself for listening to my parents and not buying a complete stock Manual R34 GTR in blue in 2005 for $50k...

If you haven’t already, have a look at bringatrailer.com.

rc51kid said:
I got bored and looked in the classifieds at what 80s are going for. Wow, are they really selling for that much? I bought mine about 9 years ago when it was lame Cruiser that no one wanted.

I wanted a 60 but couldn't afford one at the time. Now I cant believe what i am seeing people asking for the 80s. What's up with these prices?
Click to expand...

"We resolved at the outset to take the days and the roads as they came, not looking for luxury and well satisfied with simplicity. It is surprising how one is fortified for the vicissitudes of the road [trail] with such a deliberate attitude of mind." - Across the Continent by the Lincoln Highway - Effey Price Gladding, 1914
N

Thought I'd bump this thread to share a news article I saw today from here down under: 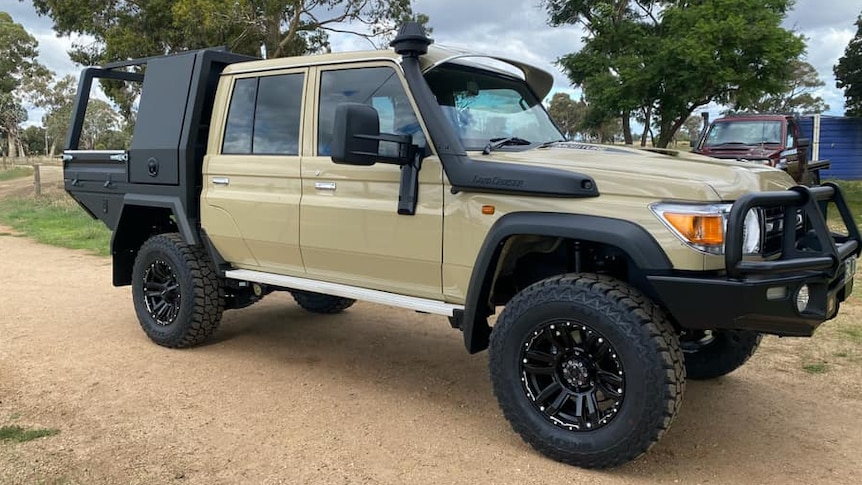 Nemesis1207 said:
Thought I'd bump this thread to share a news article I saw today from here down under:

They do have the new 300 series prices to contend with, something likely only to drive more buyers toward something more affordable, even if it's a now pricey 80 series.

There were 1000’s of rust free average and above mileage 80 series Land Cruisers shipped over seas 10-15 years ago, mostly during the gas price spikes during the US recession, because they were cheap here in the US.

Buyers with foreign connections would purchase EVERY 80 series on dealer lots at retail price and at auto auctions, where most were being dumped at $4 a gallon gas prices and 14 mpg. Gas was much cheaper in the ME, Africa etc. where these were very popular and worth 2X the low value US buyers placed on them.

Between rust and other scrappage, exporting, and those who have held and will hold on to them, there aren’t nearly enough to supply the overland, trail, collector demand.

I’ve had 3 different people over the last 2 years knock on my door asking if my 80 was for sale. There is no for sale sign on the truck.

The wifey won’t let me sell and id rather restore it at some point, or have one of the mud experts restore it.

"everything should be made as simple as possible, but not simpler"

I've been building 60 series for years, all centered around LS motor swaps, with an occasional swap in an 80 series. In the past two years the 80 series has moved right up next to the 60 series in both inquiries and booking swaps. The pricing has also moved up along with popularity. The hardest part of this for my shop is that I often require an 80 rolling chassis to put under a 60 series body. Gone are the days when I could pick up an 80 with a blown motor or trans for sub $2K and sell off the rest. That same truck is not $5-7K even with a non running motor. I get a good amount of calls from people that do not even own the vehicle yet looking on pricing to swap it and build it.

If it makes you feel any better, it's not just the Land Cruiser. Vintage SUVs are bringing top dollar across the board. Classic vehicles of every type are killing it at auctions across the country, in any condition. Those $2-5K shells that builders would buy and rebuild are now $7K and up depending on model.
Hardline Fabrication Services- Where Land Cruisers go to live
We'll get your Land Cruiser back in shape
www.hfs4x4.com

Free speech is more important than never being offended

I was at Barnes and Noble cruisinh magazines and next to Overland Journal is a mag I’d never seen before that was ONLY about vintage 4x4s. Range River Classics, Mitsubishi Pajeros, Willies Jeeps were all featured. Very slick and beautiful pictures filled with millenials eloping in their classic 4x4s and other such gram-worthy photo opportunities. It cost $10, so I didn’t get it and the name escapes me. Starts with an “E”….

The classic 4x4 market has been, and will continue to be very hot. And where I live, Toyota rules. I sold my 80 with a mismatched hood and bad tranny for $3500 (poverty pack and no lockers). The buyer flipped it for $10k a month later with absolutely zero work done to it.

If ya got one, and were ever thinking about selling, now’s the time…
TLCA 22341
Cutty say he can't HANG!

Broski said:
The world has gone crazy.
Click to expand...


I agree. I also think it’s a form of panic buying. “I better get this rusty inop 4x4 now at $12k because the price is only gonna go up”. People are buying in fear of missing out.
TLCA 22341
Cutty say he can't HANG!

It's not just the old classics. My 2017 Diesel Dually is now worth 10k more then I payed for it new

Personally, I don't think it's fear, craziness, or panic, just a realization of a usable classic.

Instead of limited use sports and muscle cars, the current buyers have kids and/or active lifestyles and vintage SUV's fit perfectly.

This is exactly where I’ve landed.
TLCA 22341
Cutty say he can't HANG! 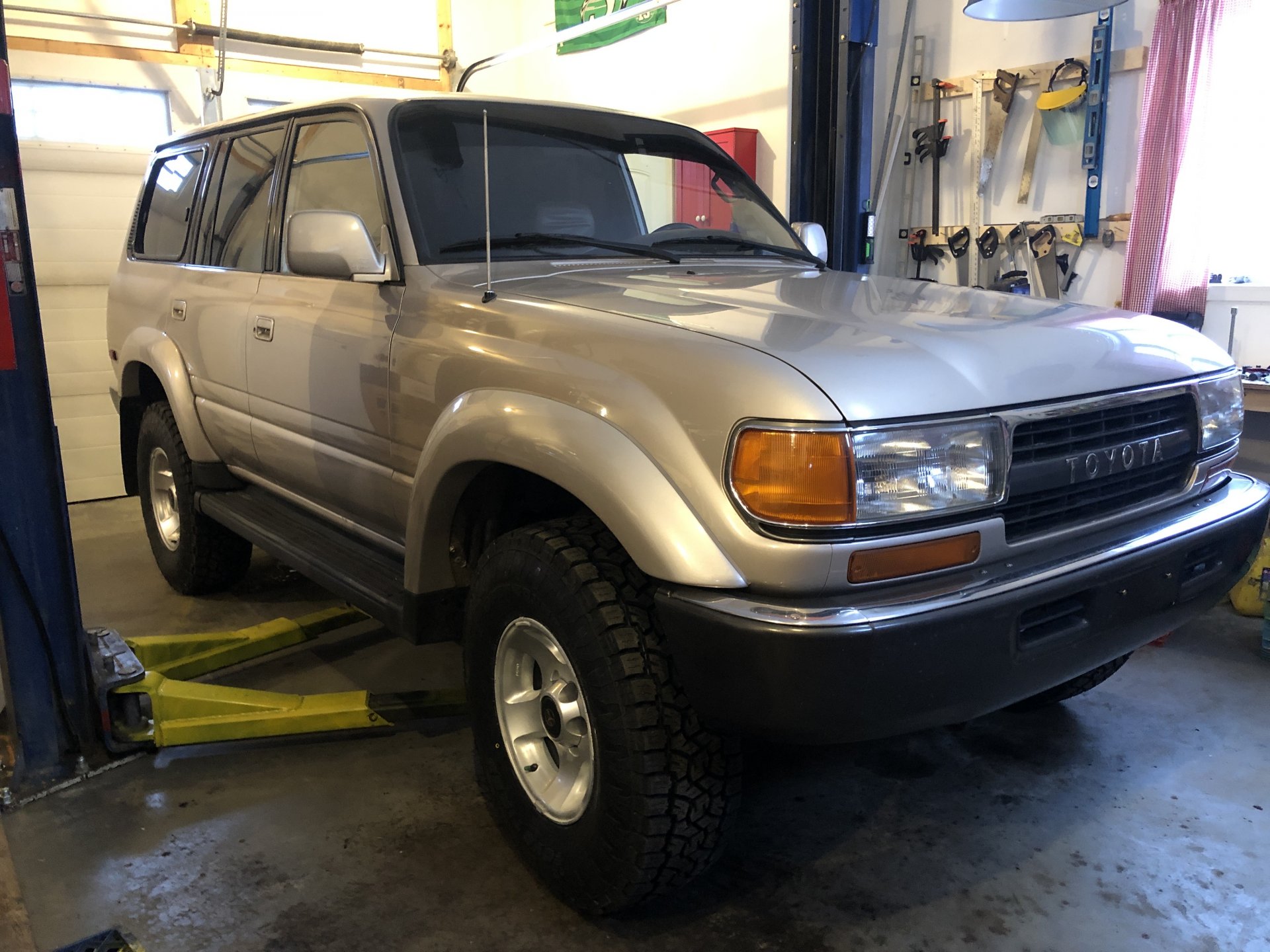 91 HDJ-81 with "Cool" button
93 80-Series Classic Condition
78 FJ-40 Bush Buggy
"Old Cruiserheads never die... they just get parted out."
You must log in or register to reply here.

Used quick fists to mount axe/shovel to my rack, not so sure about this one fellas....
2

What are the riv-nuts under the Centre console used for?

Y
Is it ok to use Toyota TI-V atf fluid in a A442F auto transmission? Who has used this?