I think you need to get the head off to do the timing chain. Lotsa work. Start with the tensioner.
D

1996 Land Cruiser. The previous owner lived 45 miles from work. This was a daily driver and never wheeled. Maintenance always kept up.
I had a 94 cruiser and was looking for a parts cruiser. For the past 30 years I would see the owner about twice a year and we would talk land cruisers. Hadn't seen him in a few years until went to father in laws funeral. Asked if he still had it and he said it had been sitting for 5 years.
Asked if he would get rid of it and he said come get it and its yours. FREE! When I went to pick it up thought it would be easy if I could drive it on trailer and not wench (come a long). Jumped started it, turned over about 20 times before starting and would idle. Drove it on trailer.
Put new battery in it, changed oil, and have put about 2000 miles on it. It has the factory locking axles. Sold the 94, bought a 97 with 200,000 miles with blown engine. Plan to move axles from the 96 to the 97 (300,000 less mile on interior/chassis).

Since I have no money in it I like the idea of new motor from toyota. Dealer said short block and head still available. Completely rebuild axles,
new motor, few minor cosmetics and odds and ends, OME J-springs (what I had on 94 but let them go with it), ARB front bumper and ARB roof rack (both kept from 94), I could have a cruiser that would last me rest of my life. Total cost around $11K. Put a little work in the 500,000 mile engine and have a running non locked land cruiser also. 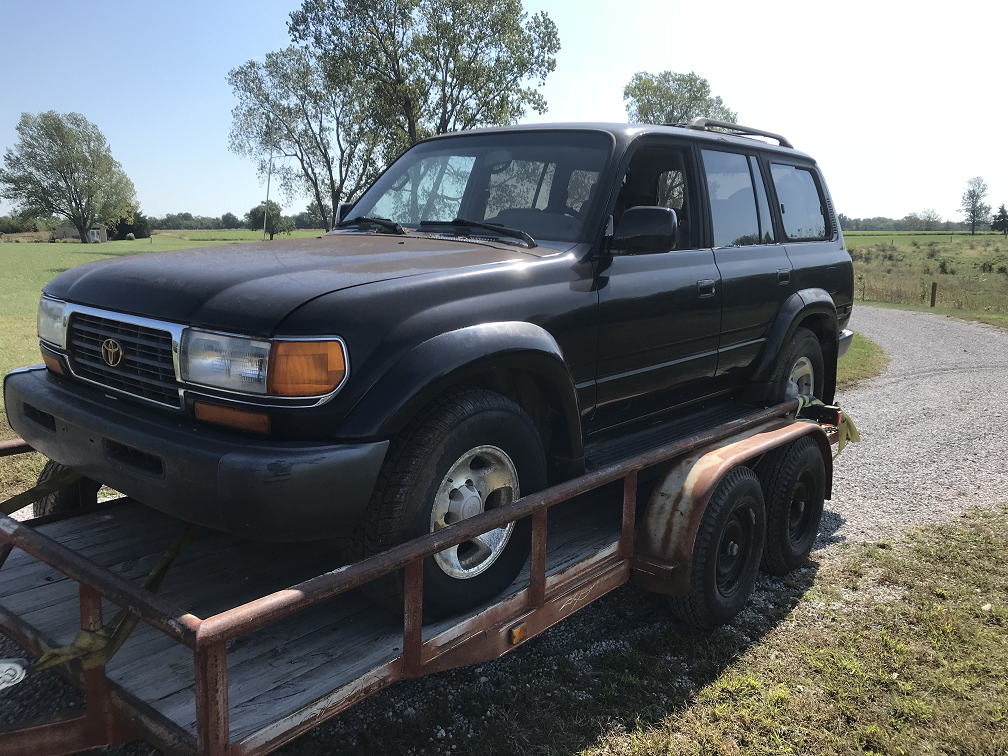 Sounds like you’re motor is doing fine. Replace the timing chain/tensioner and keep driving her. Find a totaled truck and swap motors when needed. That would give you time to shop around for a good motor.

Sounds like you knew what you wanted to do all along.

Desert Dino said:
Option 1 is not available any more from Toyota


Number one option is still available from dealer
B

@donaldburks, why did your buddy park it for 5 years?
D

tacocat said:
@donaldburks, why did your buddy park it for 5 years?
Click to expand...

He was original owner so guess after 20 years and 500,000 miles decided he wanted something else.

donaldburks said:
He was original owner so guess after 20 years and 500,000 miles decided he wanted something else.
Click to expand...

Or just life changes. Mine sat for almost 2yrs. I just didn't use like I used. Job, kids, divorce, life. Rather sell it in my case while had plenty of life in it VS sit and just rot.

donaldburks said:
He was original owner so guess after 20 years and 500,000 miles decided he wanted something else.
Click to expand...


Cool, if it were parked just because as in @retrofive’s case and moved periodically, that’s good. Those rigs that park for years (“ran fine before parked”) and never move scare me.

ajordan1975 said:
Replace the chain and tensioner and run her till she blows.
Click to expand...

This is the only way we will ever know just how far one of these beasts is capable of going.

But to replace the chain, you must pull the timing chain cover. To pull that you should pull the head. Then you may as well do the HG and head rebuild, but be prepared to either rebuild the lower half or put a new short block in it.
K

The OP said he heard what sounded like a timing chain noise at start up. Was there anything else?

Donald Burks: can you post up a video of the noise you're hearing?
Is the noise only on the first cold start of the day, every start up, continuous,
intermittant, ---?

Drive it until you reach a million miles and wait for Toyota to give you a brand new cruiser. Although a million might be an understatement...you might need 2 million.
U

Remove the A/C belt & run it to see if the noise goes away. I had the same issue & replaced the compressor.
D

donaldburks said:
I have a 96 with 500,000 miles. Has what sounds like timing chain noise. No knocks or heavy noises. Uses no oil at start up or driving.

Option 4. Replace timing components and oil pump and keep going. $400
What would you do and why?
Click to expand... 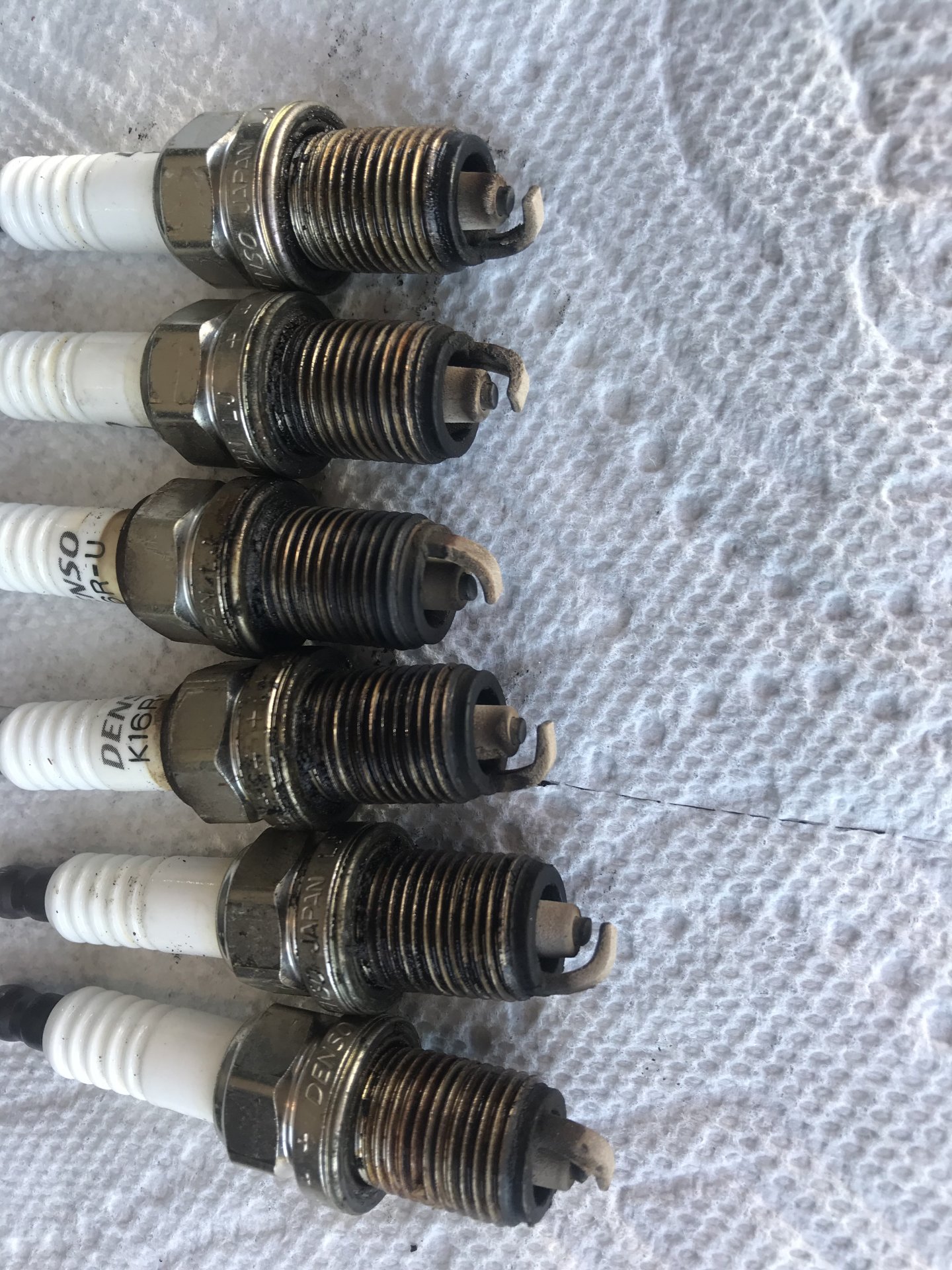 Nothing wrong by looking at those plugs!
M

donaldburks said:
I have a 96 with 500,000 miles. Has what sounds like timing chain noise. No knocks or heavy noises. Uses no oil at start up or driving.

What would you do and why?
Click to expand...


That engine must have been rebuilt at some-point. Mine is a 94 with 200k and burns a quart between every other fill up. I have fixed all the oil leaks as well.
You must log in or register to reply here.

Toe in spec...what do you use?

What to do for a easy anti theft device?
2