I finished up my 4" Hell Creek lift yesterday. Well, my shackle angle sucks. See the pics. Now what? I realize I haven't broken in the springs yet, but this is kind of ridiculous. The shackles are inverted just sitting there. When I installed it, I left the shackle and spring hanger bolts loose until it was on the ground. Then, I jumped up and down on the front and back of the rig a few times before cinching them down. The angle still sucks. Will these shackles get to an acceptable angle once the springs are broke in? If not, are there any options other than moving the hangers closer together?

Pictures are front and back after a quick test drive. The fronts are worse than the rears. 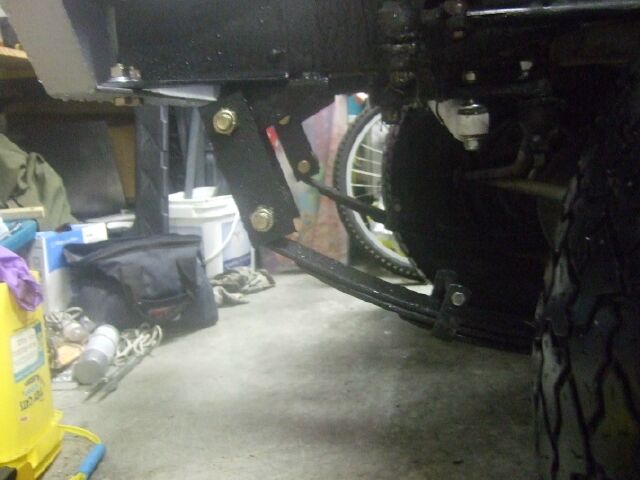 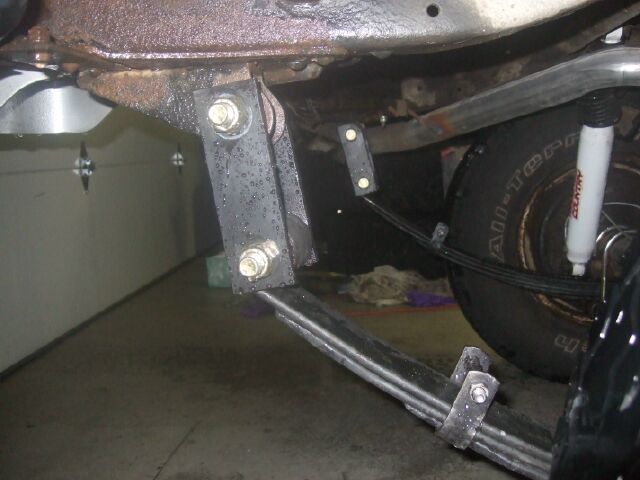 We have done at least 4 of those lifts for guys in our club and I have never seen that before. Most of the ones we have done had great shackle angles. You don't have the front springs on the back do you? They are different. E-mail the pics to Hell Creek. I'm sure he will make it right. Good luck.

Okay, here are some more pics. Sorry, the quality isn't that great. Its dark, and my Cruiser is outside tonight. Anyway, I put the springs on front that said FJ-40 4F. I put the springs that said FJ-40 4R on the rear. I was assuming this was correct, but I could be wrong. Anyway, the first and second pic show driver and passenger side front straight on. The third pic shows the lettering on the front springs. 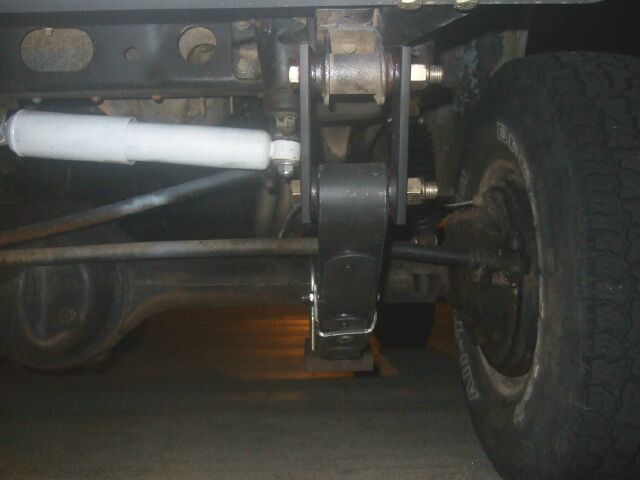 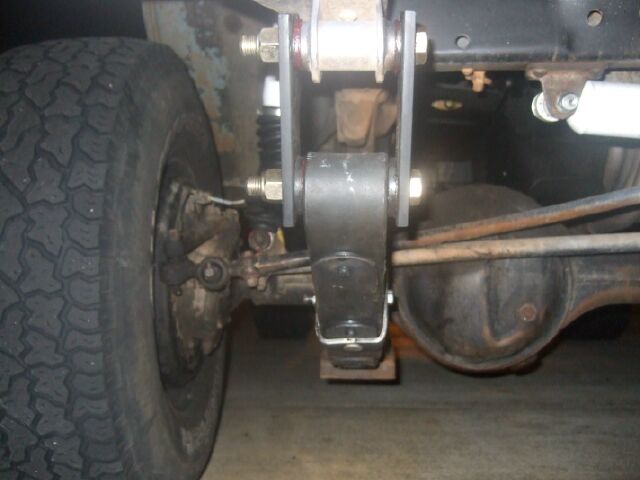 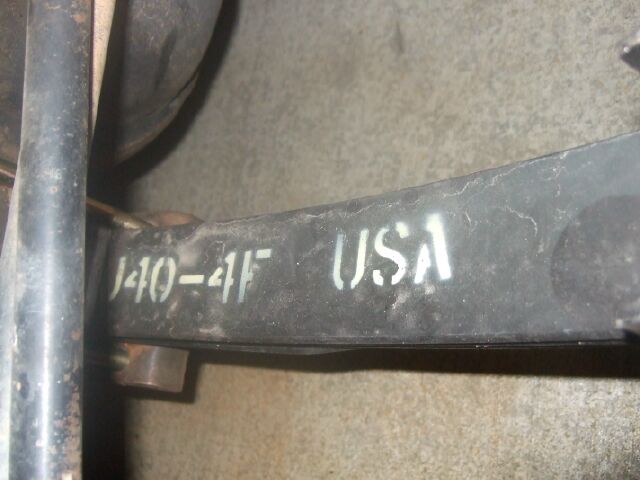 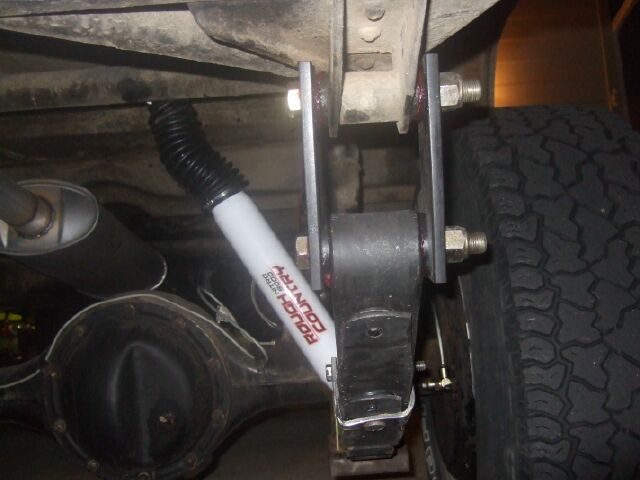 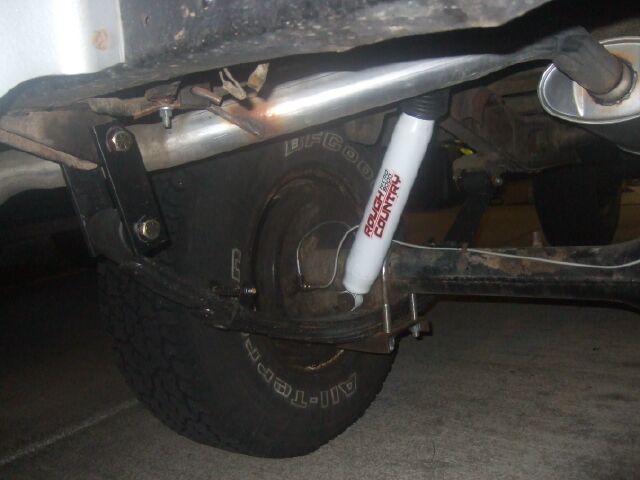 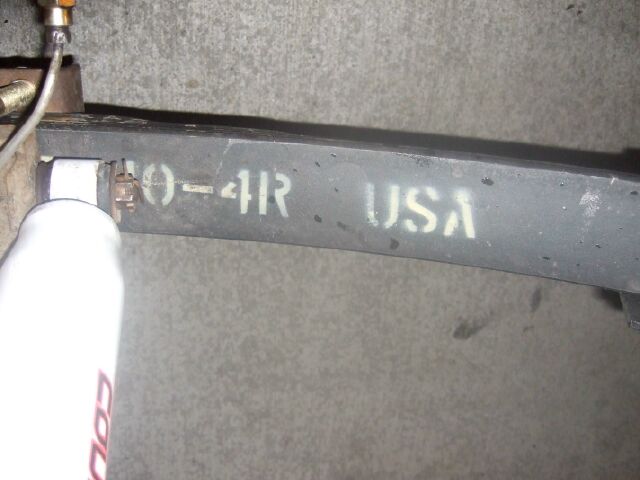 Did you tighten up the shackles really tight before lowering the vehicle down? That could be causing some bind.

Dunno about HFS springs, but the alcans you need to break them in, add extra weight and then they'll settle in.
1988 BJ74 build thread.

Are your springs mounted backwards? Back to front?

Everyone is trying to accomplish something big, not realizing that life is made up of little things.

UNO_RACING said:
Are your springs mounted backwards? Back to front?
Click to expand...


Why would this change the shackle angle?

FJBen said:
Did you tighten up the shackles really tight before lowering the vehicle down? That could be causing some bind.

Dunno about HFS springs, but the alcans you need to break them in, add extra weight and then they'll settle in.
Click to expand...


As I said in an earlier post, I left everything loose except the u-bolts and dropped it down onto the wheels. I then jumped up and down on both the front and the back a few times before tightening the nuts. As far as adding extra weight, the worst shackle angle is up front. Adding weight in back isn't going to help much I wouldn't think.


UNO_RACING said:
Are your springs mounted backwards? Back to front?
Click to expand...

VTFJ40 said:
Why would this change the shackle angle?
Click to expand...


I agree, this probably wouldn't change the shackle angle. Bottom line, both front and back springs seem to be quite a bit too short. This tells me that it wouldn't matter which springs I put in the front or back, and it wouldn't matter if they were flipped.

As I said before, I realize the springs will break in some, but this seems like a pretty crappy shackle angle to overcome. Believe me, I was hoping I did something stupid like put the springs on backwards. That's why I'm asking here on Mud. I'm still hoping that there is an easy fix, but...

Anybody else? Thanks for all your comments so far!!

throw a couple hundred pounds of weight in their and go flex it. loosen them up.

Thanks Cam, I'll definetly do that. And yes, I know. I should've gone SOA and been done...

Here are the pics of the front shackle and hanger. 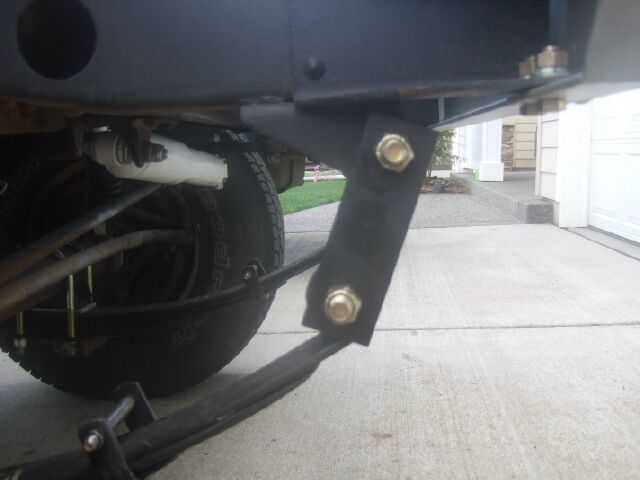 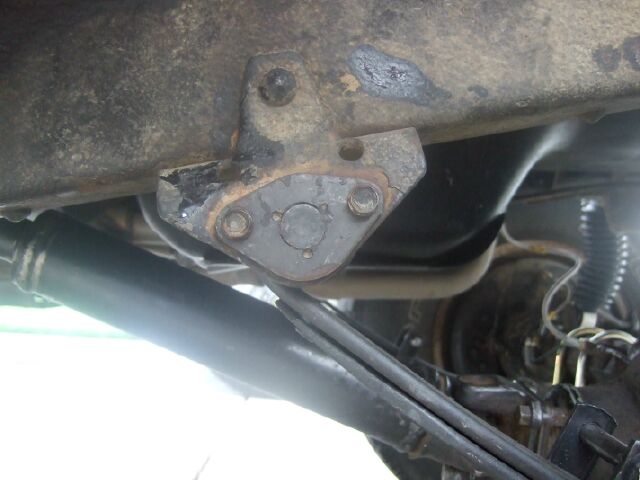 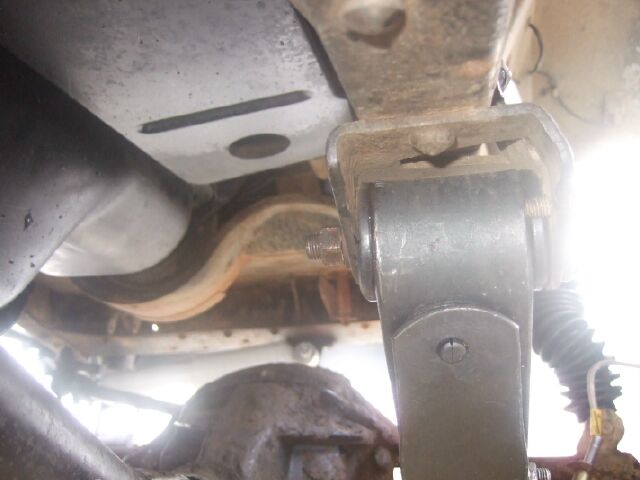 Just for curiosity, do you have a picture of the whole truck with the lift?
Thanks
~Mike
1978 FJ40
2008 Highlander
My Build-Up Thread

FF LC FREAK said:
Thanks Cam, I'll definetly do that. And yes, I know. I should've gone SOA and been done...

Here are the pics of the front shackle and hanger.
Click to expand...

at least you read threads before you do something, thats good.

i think if you just get that thing flexed and let the springs relax a bit your angles will correct themselves.

weigh it down and drive it for a few weeks

mikedickbek said:
Just for curiosity, do you have a picture of the whole truck with the lift?
Thanks
Click to expand...


Ask and ye shall recieve...

This pic is still with my 31s on it. On my list of things to do today is to put on the 33s that are sitting in my garage. By the way, my driveway slopes. The rig sits level when on level ground. 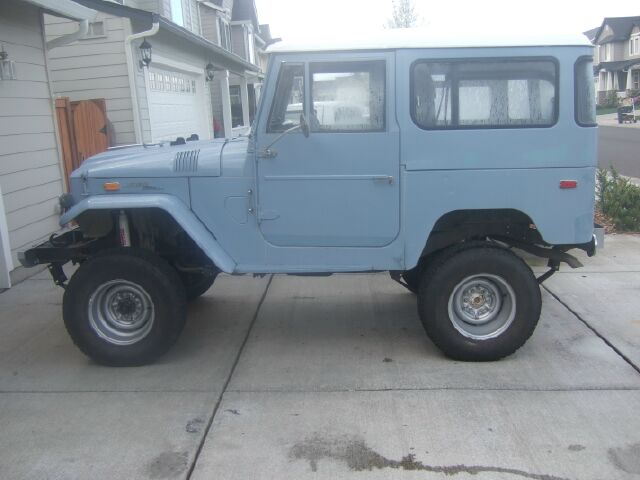 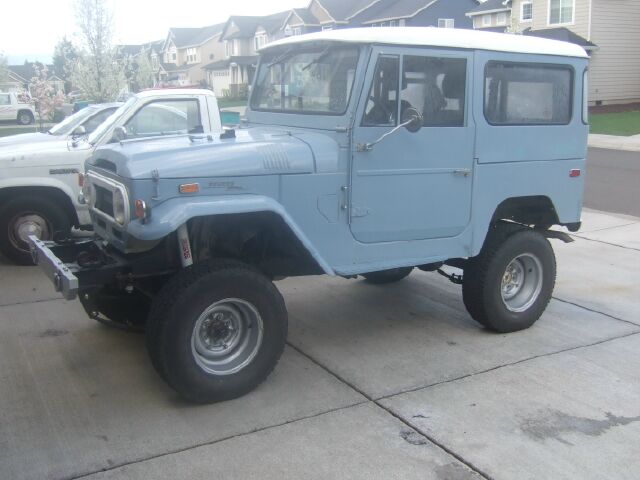 Have you called HC yet?
There are a few people running these springs on mud, and I think you are the 1st to have shackle angles like those

Duh, flip your bezel and it should fix your problem..
...

No, I haven't called Hell Creek yet. I wanted to make sure that I didn't do something stupid when installing them first. With all the good things I have heard about Hell Creek, I was kind of surprised when I was done. I realize that the shackle angle isn't going to be a perfect 45* out of the box, but I wasn't expecting it to be inverted. That is why I figured I would double check my work here on Mud before I made a fool of myself calling HC.

KG7EWU
You must log in or register to reply here.

Skreddy bought a red one; now what…
2

How to identify where a shackle came from and if there is a lift incorporated.

J
What is the point of shackle reversal kits?
2