I think this might all be related to the same underlying issue, but could be separate issues. I've had a problem for some time that I have kind of ignored, but seems to be getting worse. Symptoms:
I realize I likely have a TPS issue, though I don't know yet if it is the TPS itself or some of the wiring. If it is a TPS issue, could that cause the sensitive gas pedal?

I've started digging into the FSM to troubleshoot but honestly not quite sure on the "how" to use the multimeter in this case. Here is the page from the FSM that says how to troubleshoot code 41 TPS. 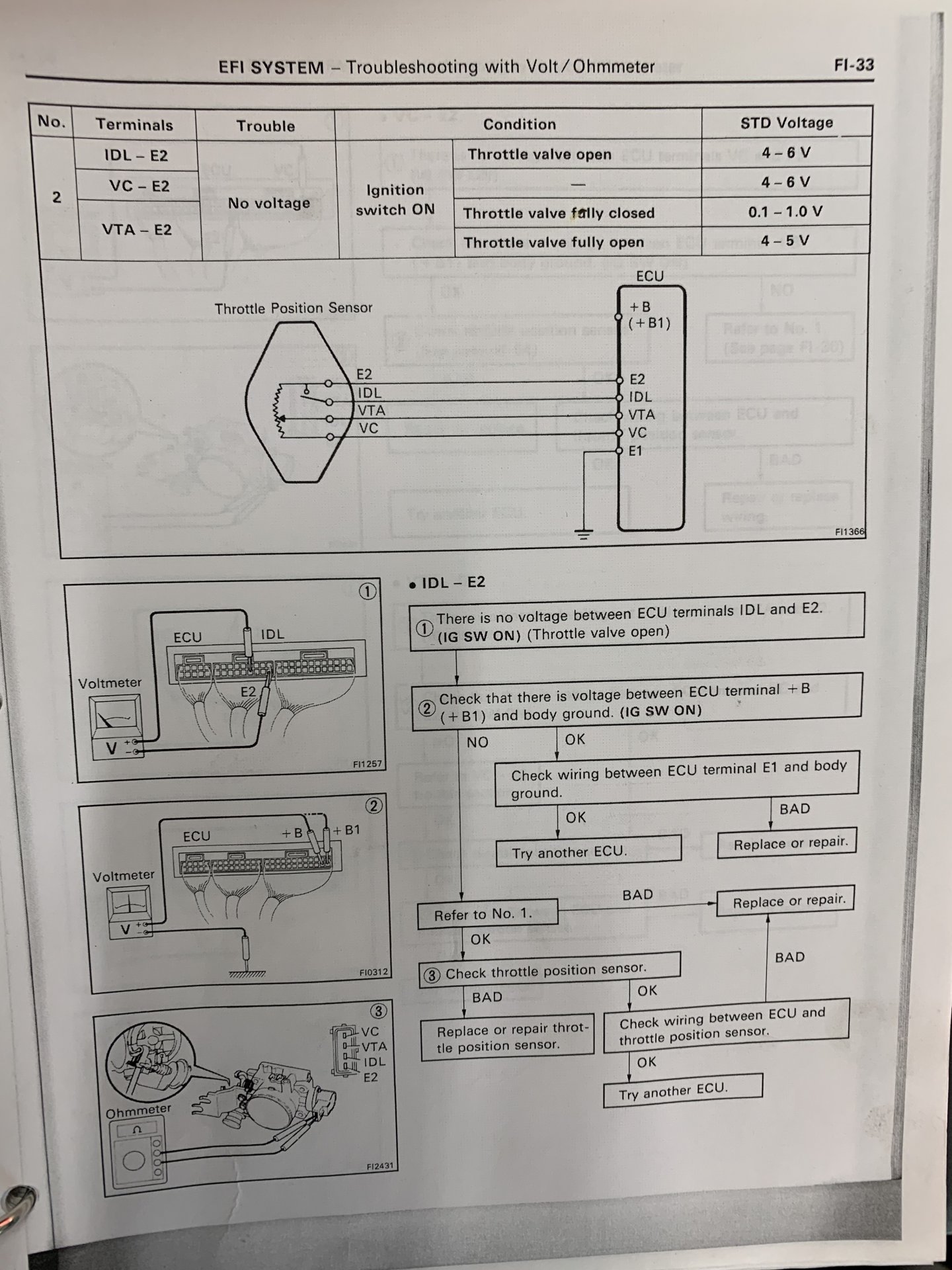 So first, the ECU terminal testing. First step says to test fit voltage between terminals IDL and E2 with the ignition on and throttle open. I did this test and got 4.46 volts, which is within spec. I went to step 2 and was able to get 12 bolts on that test between +B and +B1 to ground.

So then it said test between terminal E1 and ground. This is where I got confused. This diagram explains the terminals and where E1 is located: 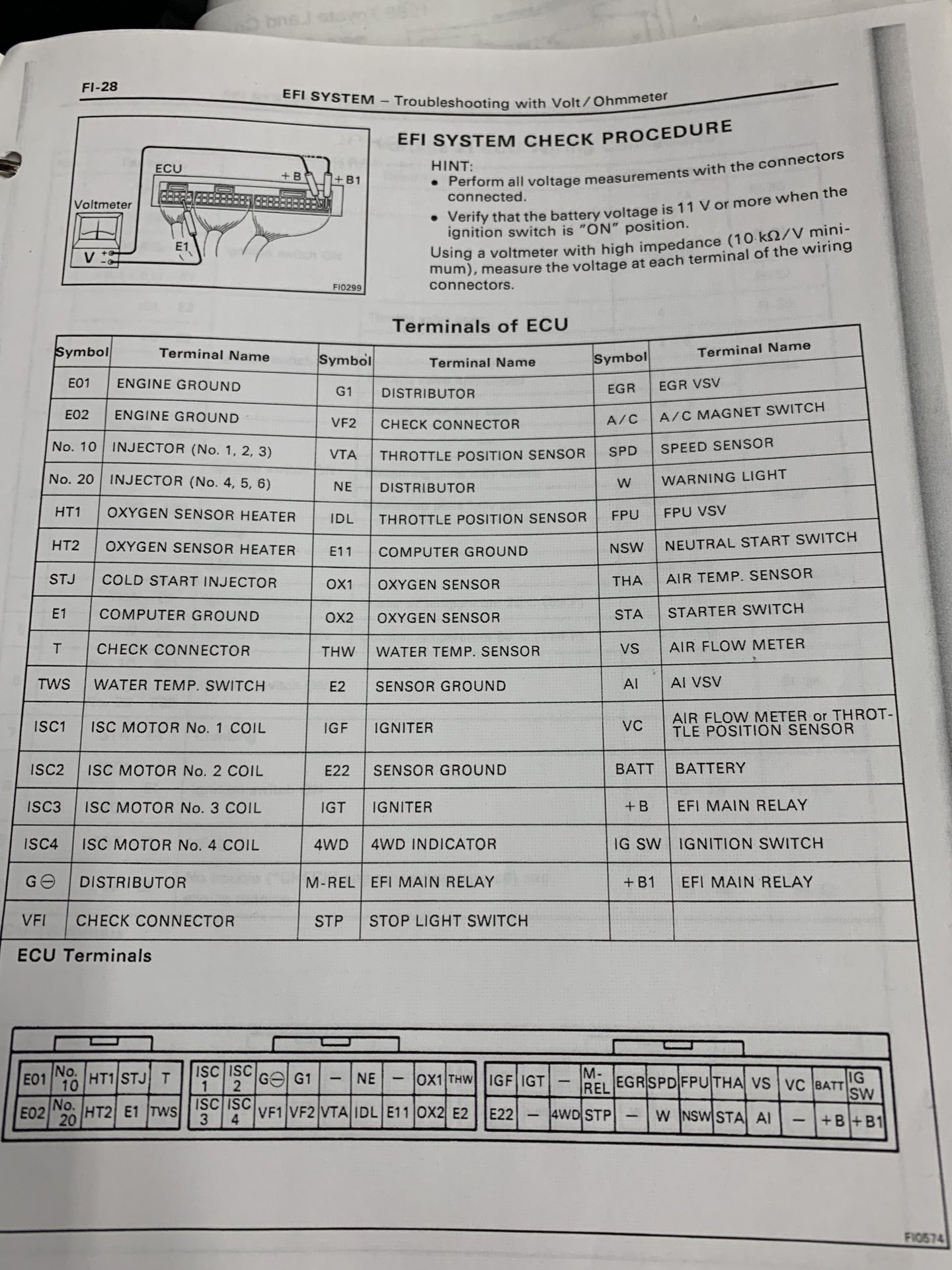 It shows it as the 4th terminal in bottom left. So on my ECU, this wire is is brown/black: 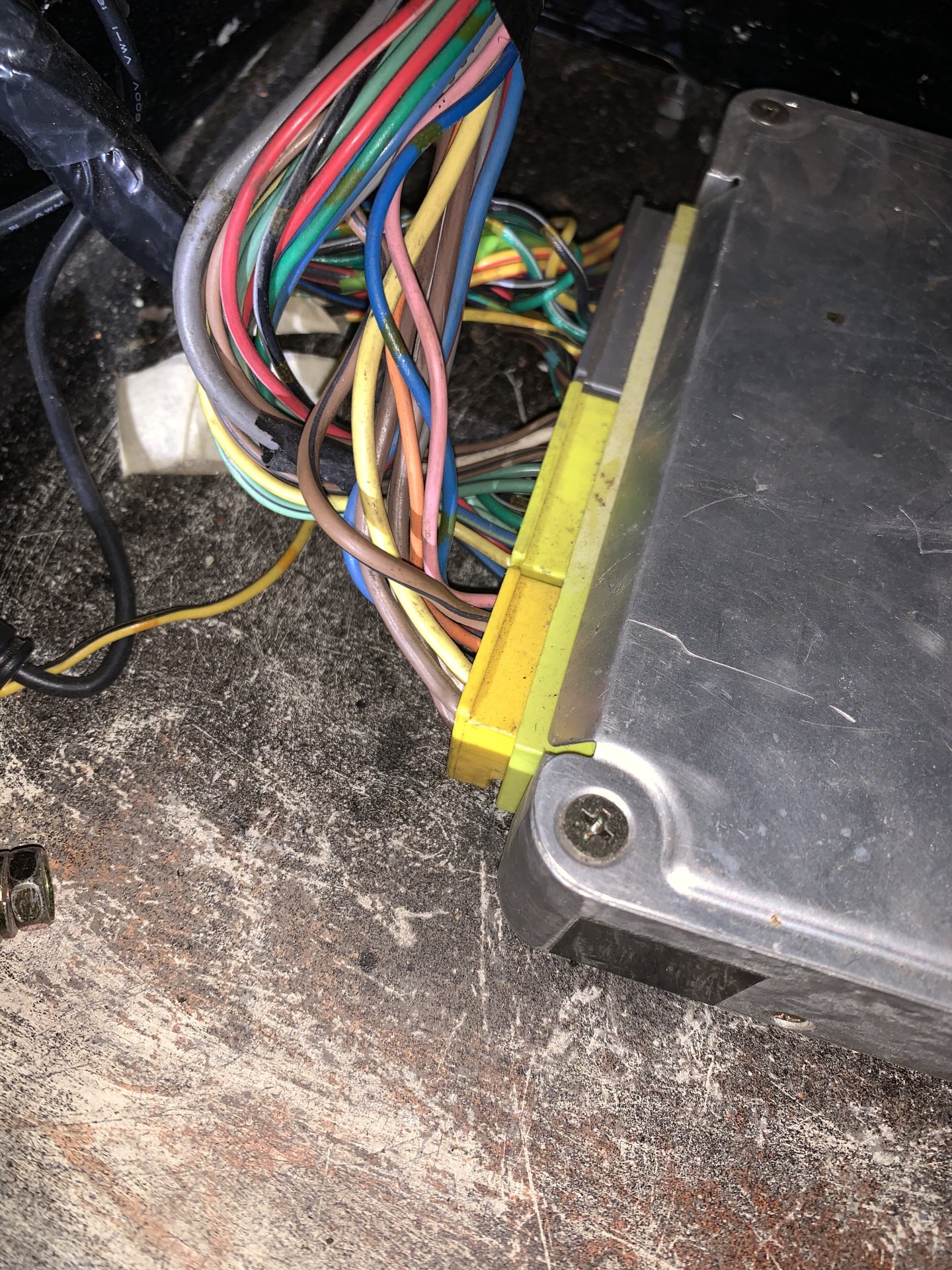 but on this wiring diagram, it says E1 is a brown wire, not brown black. The other wires appear correct. 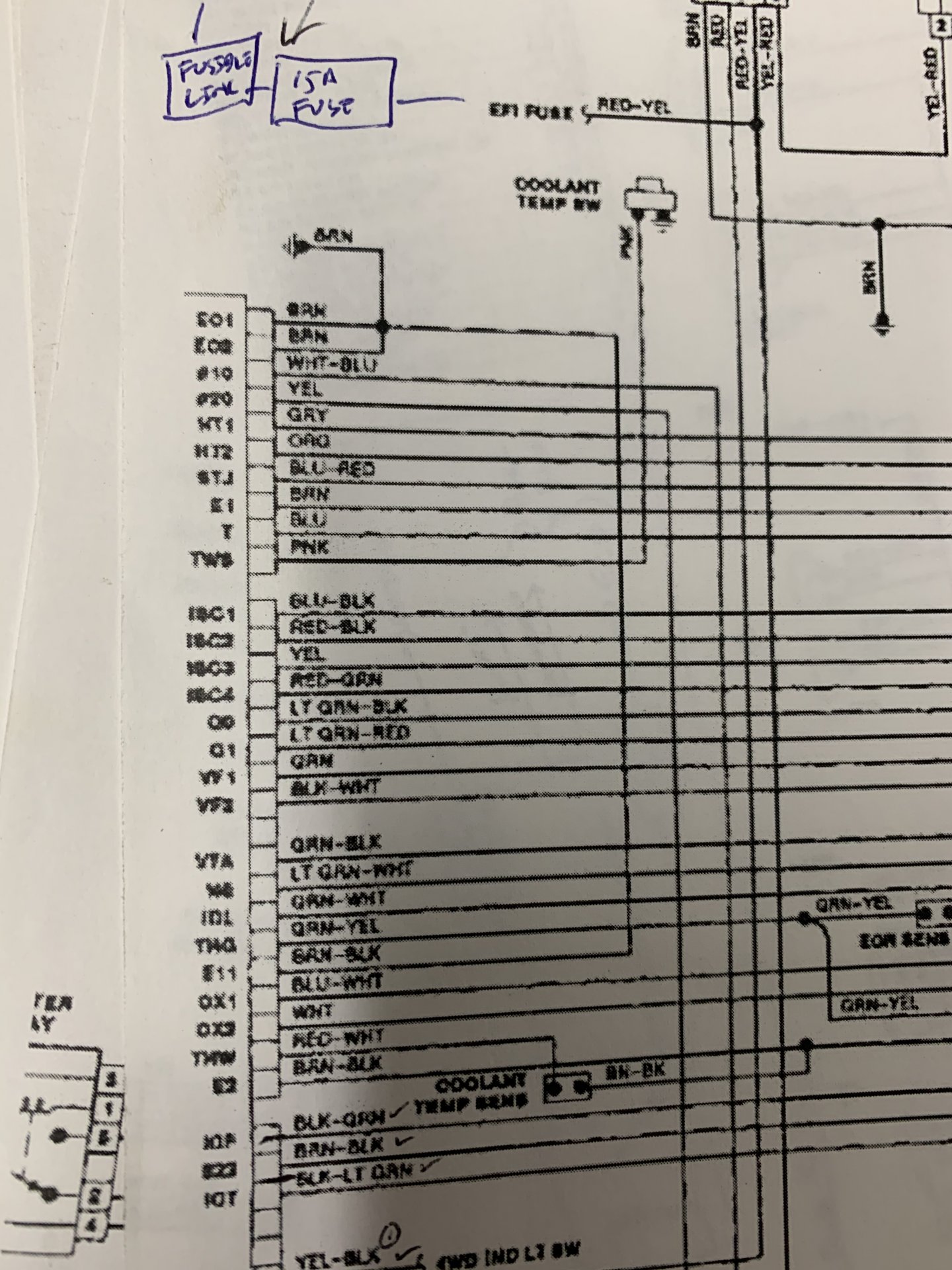 Did the wire colors differ nu

Anyway, assuming this is E1, I probed and measured ohms between that terminal and the battery ground. Got 4.4 ohms. I read that less than 5 means a good ground.

So I’m assuming my ECU is ok. On to the TPS.

This is from a different TPS thread:

This is where I am at now.the above numbers appear in spec, exceptI’m not sure about IDL-E2, since FSM doesn’t give that spec without a thickness gauge.

Next the fsm says to put a .77mm thickness gauge between the lever and stop screw and measure IDL-E2. But I cannot get the gauge in there...there is just no space. Am I supposed to take the whole throttle body off for this part (instructions in the fsm say this is on vehicle inspection). I cannot figure out how to insert the gauge.

So with all that, any ideas based on my symptoms and numbers? I’m not sure how to interpret this stuff... 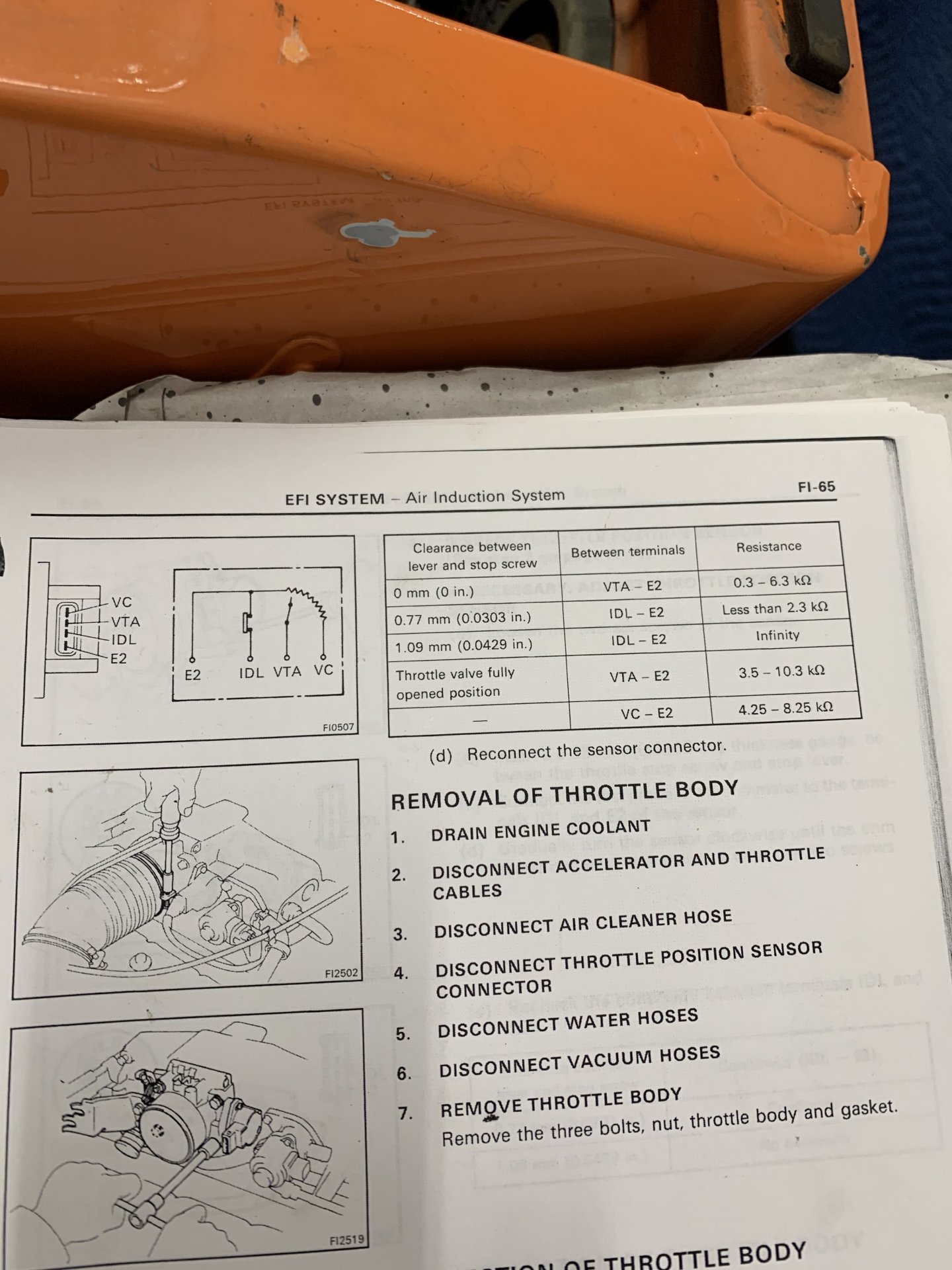 I tried to adjust the TPS once on my 3FE with the throttle body attached. I never thought it was adjusted right. Too tight a clearance. Take the TB off and really adjust the TPS to perfection with the correct gauges. It’s worth the extra time to get the TB off. Just my personal opinion.

Do my symptoms sound like TPS problems? Or does code 41 usually mean TPS for sure or could it be some other issue?

I havea12h-t, but had the same symptoms. N mine, there’s supposed to be two springs on the throttle body but discovered there was only one remaining. Ordered new ones, problem solved. I hope your solution is the same

Thanks! Same symptoms as in ultra sensitive throttle, and low to dead idle?

If you pull the throttle body give a good clean, turn the idle screw in and count how many turns, then remove it too and clean those passages. After a good cleaning I had to reset the idle cause it gained a couple hundred rpm. have a gasket on hand or material to cut one with. 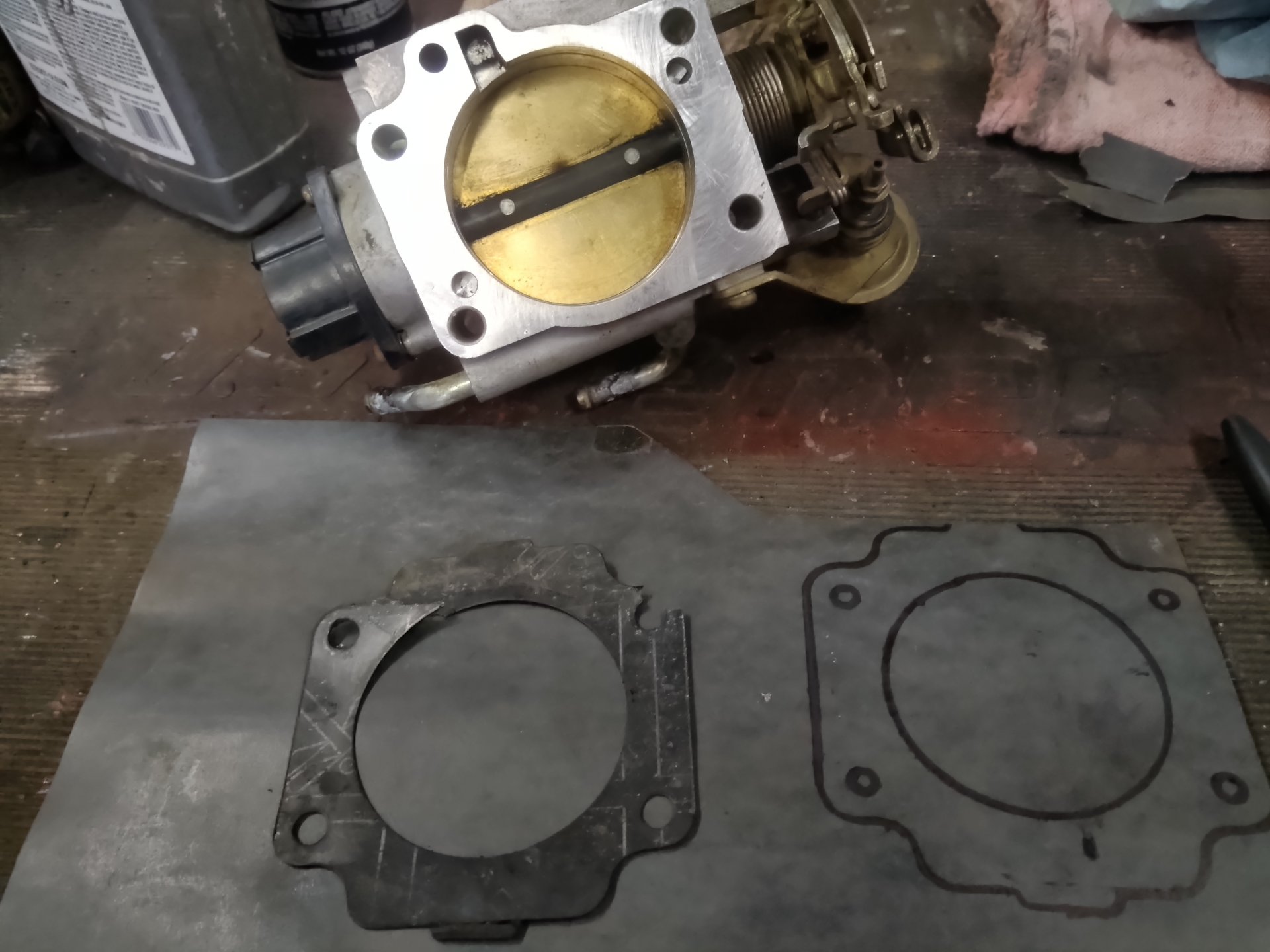 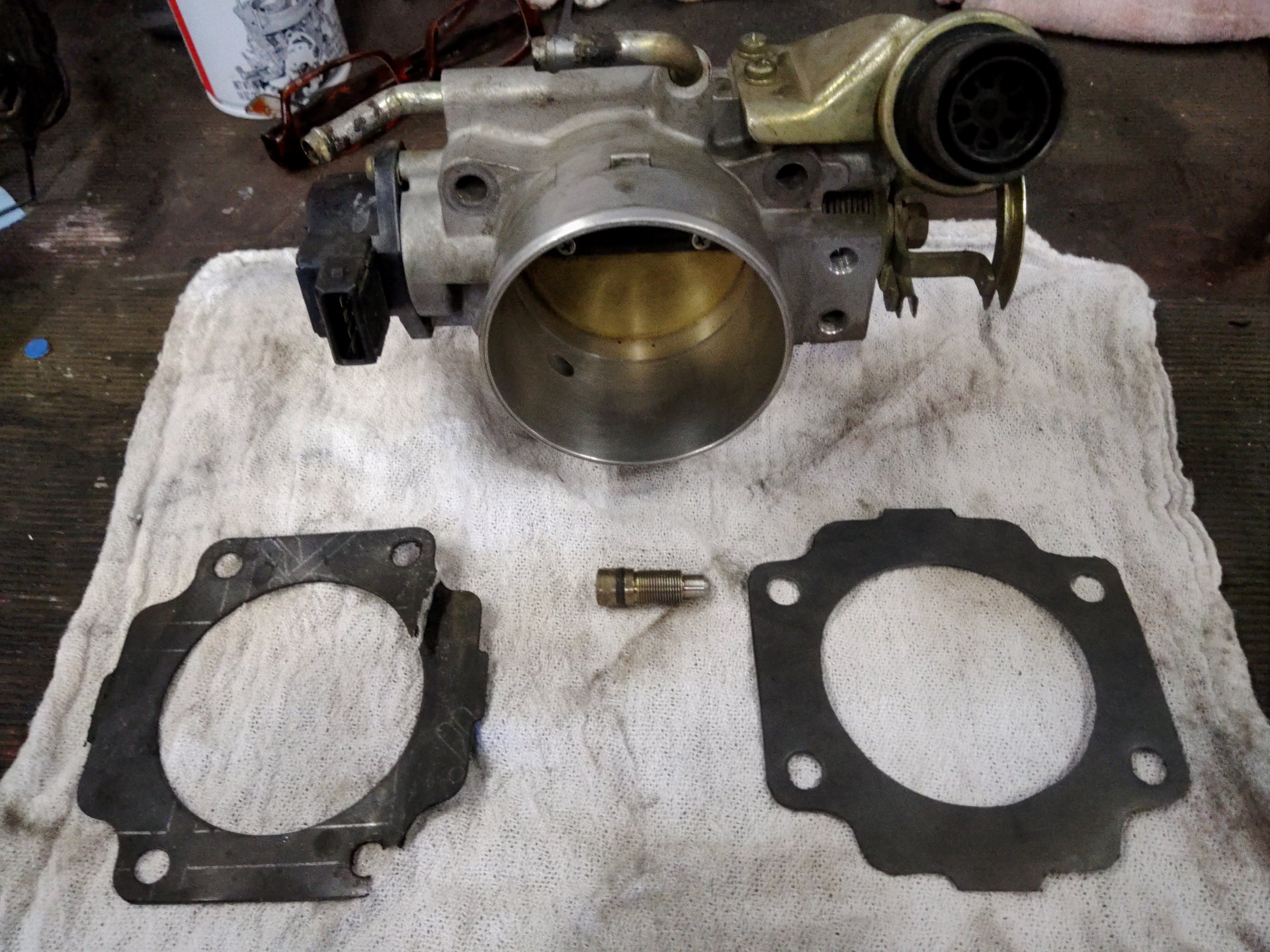 So, I found what I guess is considered a vacuum leak. There is an air hose input on the intake manifold that I had capped (I don't remember why lol...). But the cap was torn, so I replaced that. Also replaced my air filter since it had been a while. I reset the diagnostic code and took for a test drive. Drove much better and as of yet (about an hour of driving) has not set off the CEL again. Hasn't died at stop signs, and the sensitive throttle not nearly as bad.

Could an air problem as small as that cause these issues?

Anyway, for now I'm gonna forego taking the TB off and see what happens.

This makes me want to pull my TB and give it a good cleaning and check TPS calibration this weekend while I've got a bit of downtime, just for the sake of preventative maintenance (and an excuse to play with my fancy Fluke multimeter).

I'm sure its a good idea for me too. I doubt I am tuned very well and probably getting horrible mpg (even for these). But gotta prioritize. I'll plan to do it at some point. For now, i'm hoping I fixed my issues with the simple fixes.
You must log in or register to reply here.

3FE knock. How screwed am I?

3FE knock. How screwed am I?