That's the governor housing so I would not expect to find any fuel beneath that cover (based on the fact that there's no fuel anywhere inside my old B-engine's governor).

I must say I am impressed by your engine... It looks to be the ideal transplant choice because, it's got extra cubes (at 4101cc), it's turboed, but most of all, because I love inline pumps so much!

Obviously another 15BFT FSM (that I don't have) comes after RM464E and covers this particular engine (and this FSM will probably be dated May 1996).

But thanks to your details (1998 BU142), I've can now be more certain about getting the correct information off the EPC (and I note that engine was supplied to the General market as well as to the EU).

And I note also (from looking it up) that your primer pump hangs off one of the fuel connections on your fuel filter.

With that fuel line running back to your tank and with the return-line fuel routing I see on your IP, once you've used the primer pump to bleed your filter (and purged air from the bleed nipple there) I believe the IP should automatically purge itself of air (without the need to open another nipple).

But perhaps it would pay to double check that it's full of fuel by opening up something somewhere...

The EPC shows a bleed nipple here on this hollow banjo bolt: 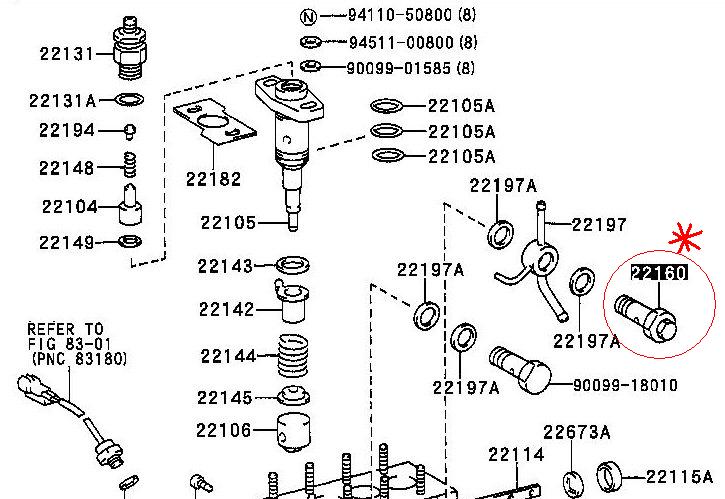 And your photo shows it too: 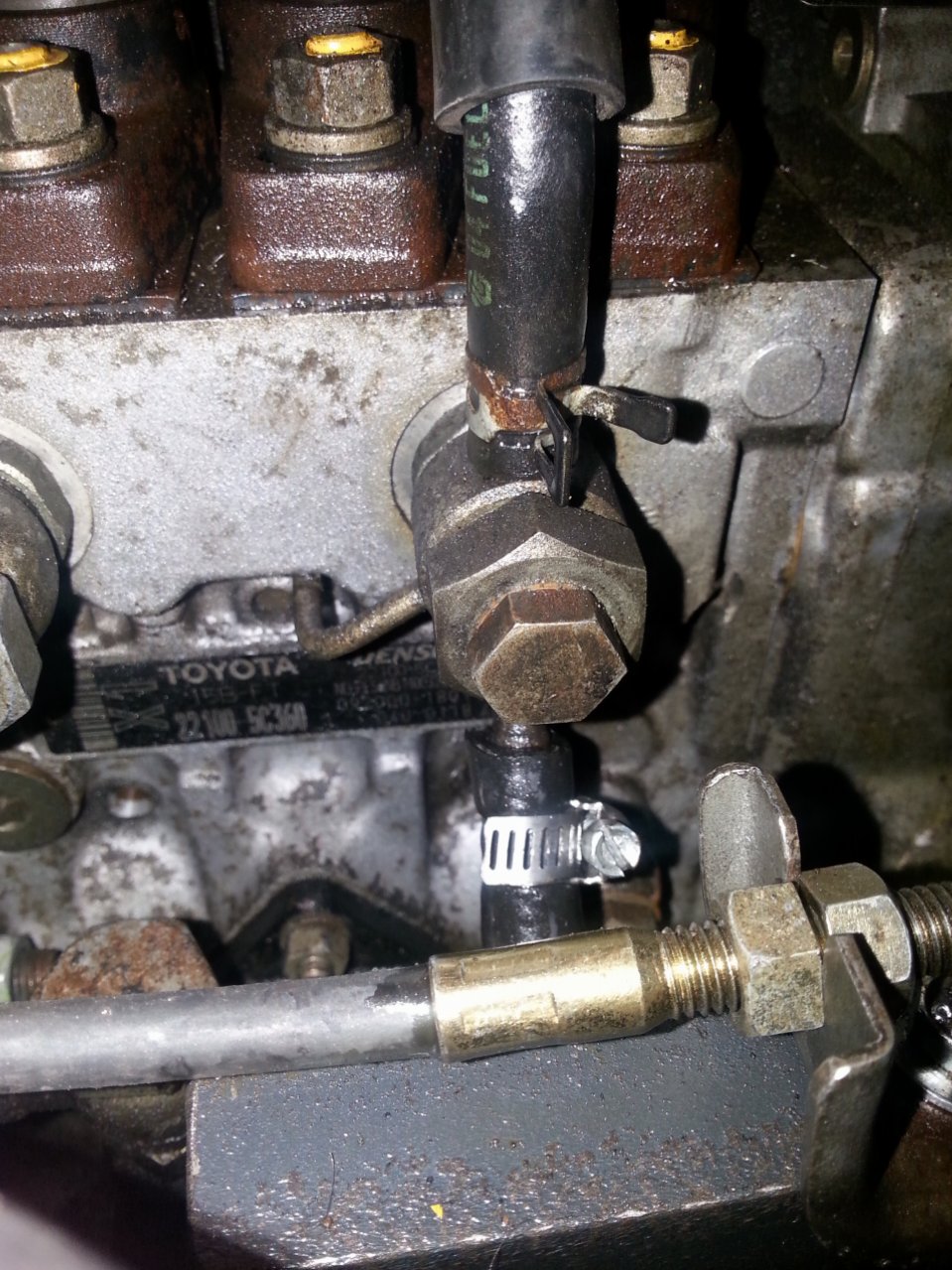 Have you opened that (while operating your primer) to confirm your IP is full of fuel?

And where does the line heading vertically upwards from this banjo go to?

Right now I'm seeing exactly the same pic that I posted in post #9 (so I accidentally got that one right) as applying to your "inline-pump engine"... And once again I see that top-right actuator labelled as "Fuel Cut" (for a 15BFT/BU142).

And here it is in your photo: 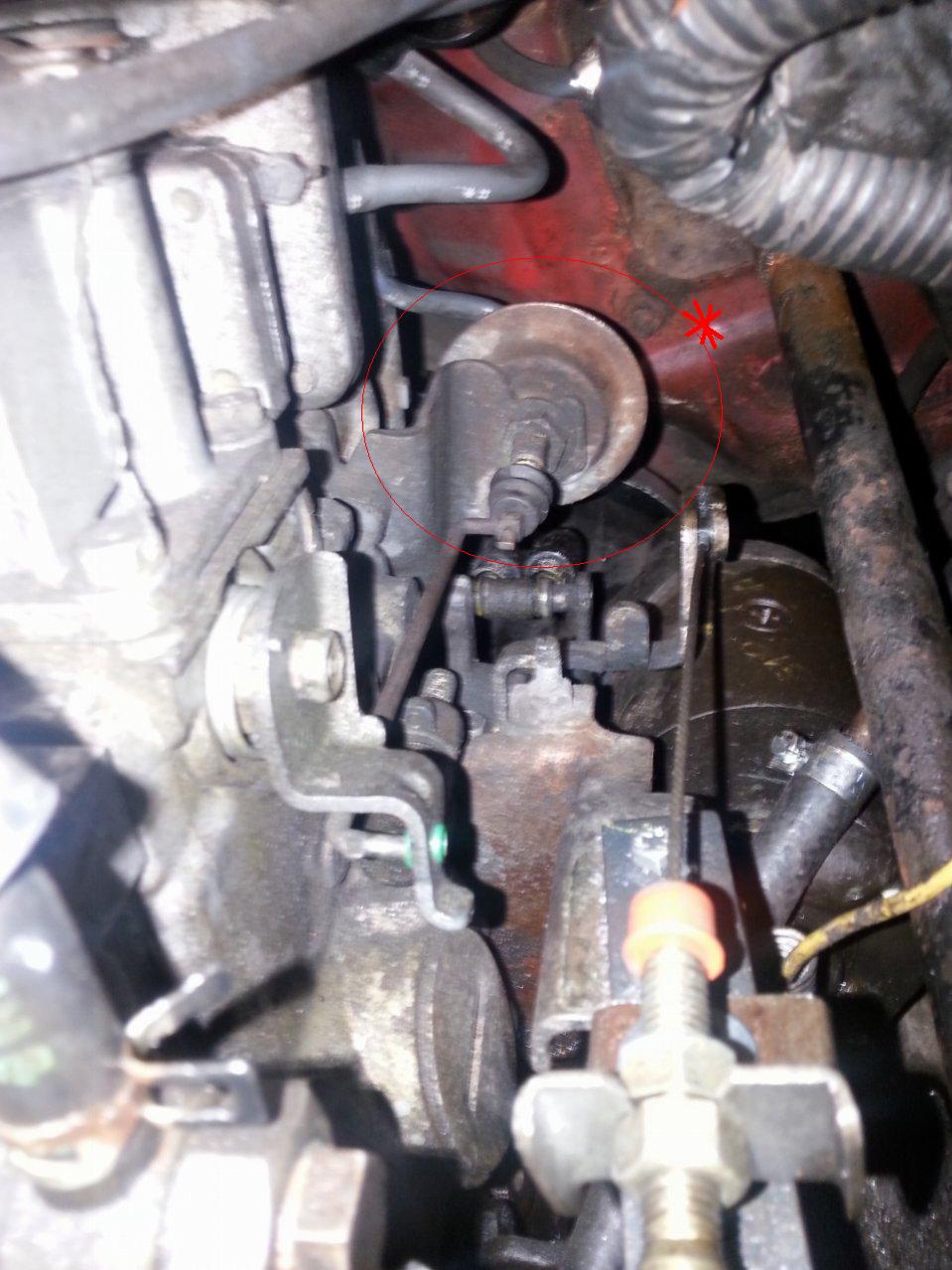 I'm wondering if this may somehow have it's linkage sitting in the fuel-cut position (as another possible reason for why your IP doesn't ejaculate fuel when you crank your engine)?

thanks again ... the hose going up is return fuel owerflow from the injection nozzles.... it is returning to the pump and below return to the fuel tank.
the shut off linkage have been tried in any position, thats why the rod from the vaccum disc is not connected.

we are trying something new today ... i´ll let you know if it works. we have an idea that it is the manual hand pump that is letting in air to the system, ..... eve though we bleed the IP every time we try it keeps bobbling a little .... like air inside suddenly appears when its been working with starter for 10 seconds.... an we have disconnected the fuel line so it can only get diesel from a cola bottle..... and we get a new manual hand pump. !

Visit site
Those manual hand pumps are the worst, screw it closed or bypass it and Venturi or suck the fuel up to the pump then the pump should be able to do most of the work from the starter.
It's not healthy but it will rule out the hand pump.

Alternatively you could pressurise a fuel container to force the flow of fuel but that's not really recommended.

Visit site
I told you I would get back to you with info...... I have bad news.....
In the beginning of this thread I wrote " now I am only missing the small things, the hard bit " ...... ohh yes...
Stupid me didnt try to start the engine before I ripped the old faithful relaible 3B out .... I just assumed that getting my 15bft engine startet would be a matter of diesel , charged batteries, and a few adjustments ..
But as you have read it wasent as easy as just that. It wouldent fire up no matter what I did.
Yesterday I gave up on it and called in an expert from a diesel company in town, he knew this engine type quite well, he looked at it,
.... opened one of the "bloks" in the fuel pump and said, " this pump is dead, you need to renovate it " .... " it is rusted and coroded inside, everything inside it is stuck, either caused by bad fuel from previous car or bad climate in warehouse" ....
Repair costs in DK between 600 - 1600 euroes .....

on monday one of them is getting to open the fuel pump to see how bad it is.

...oh...if YOU happen to have a perfectly good 15b-ft inline fuel pump laying around... please let me know...

have a nice weekend guys...

ps .... if any of you are looking for this type of engine, one of the experts said that there were a number of these dyna trucks driving in greenland.......... if you want to go look for one.

Those inline pumps last almost indefinitely when well cared for.

But they are precision machines and I cringe when I see parts of them left open for contaminants to enter ... which unfortunately is common to see when motors have been removed for resale.

I have my fingers crossed that your IP damage can be repaired at reasonable cost..

Visit site
Do you have many engine importers or wreckers where you could find another good second hand 15bft ip ?

BOOSTED80 said:
Do you have many engine importers or wreckers where you could find another good second hand 15bft ip ?
Click to expand...


hi, no....sorry, the engine is sold in DK in a few big dyna trucks, and many of these have allready been exported to africa...... after service. they came mainly in 1996-1999. Some were also shipped to greenland.... it is a impossible mission to find one ..... and if you find one, they probably have to remove it from a working engine .... then it will be expensive.
My IP is going to the diesel center tomorrow to get overhauled ..... ... better go sell something to pay the bill. 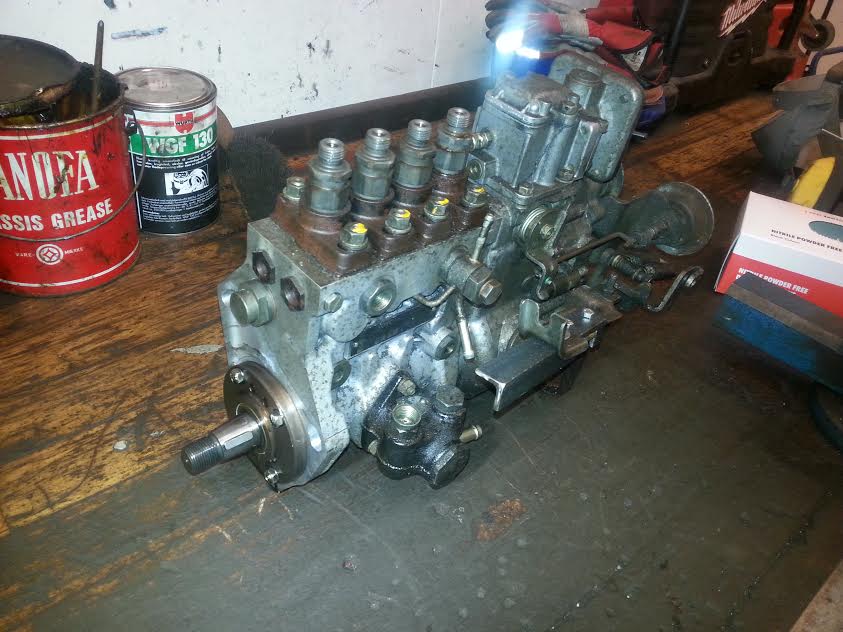 Visit site
meanwhile you can see the pictures from when the retoration was just finished... some years ago now.. looks a bit more used now.... 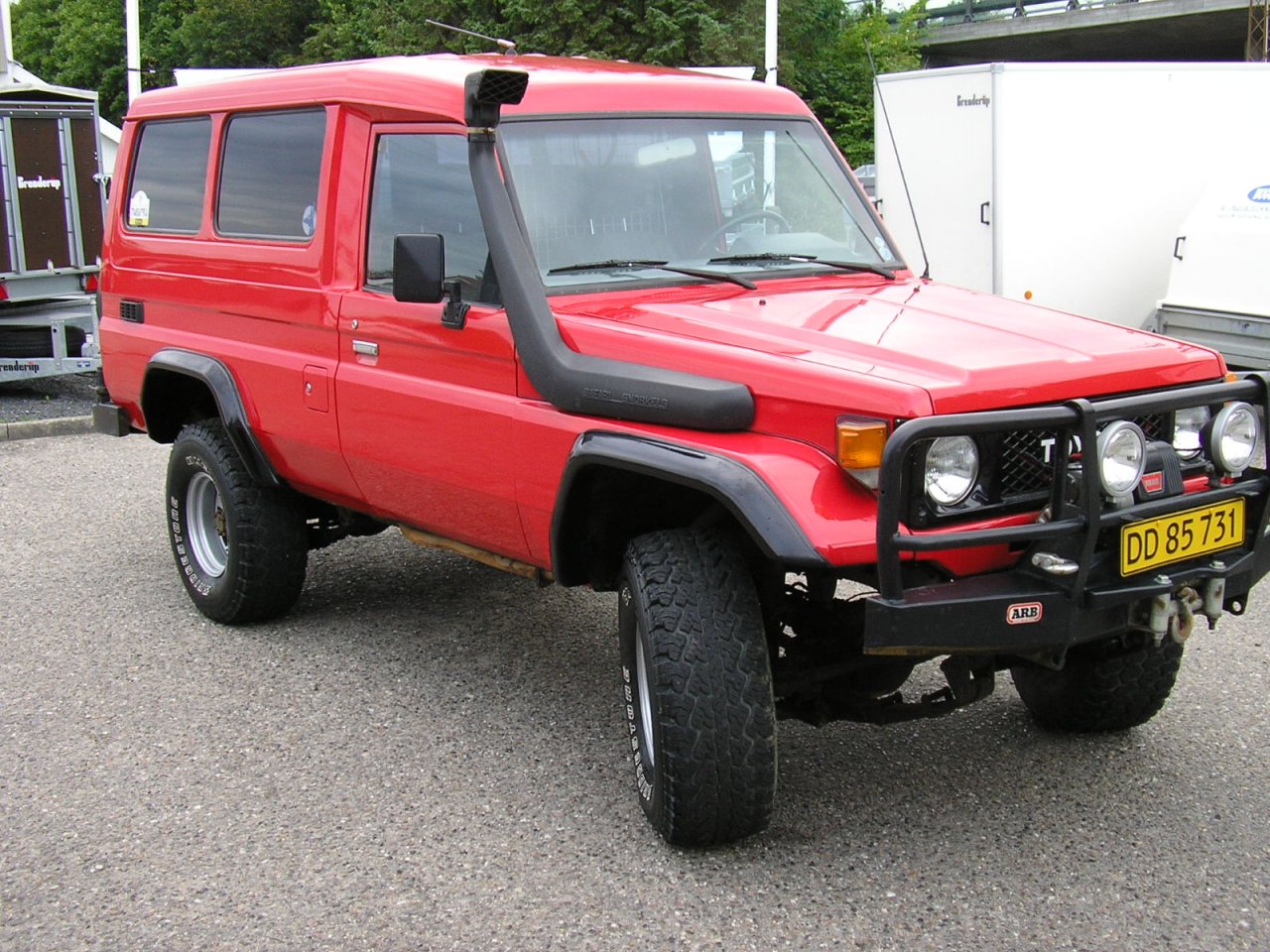 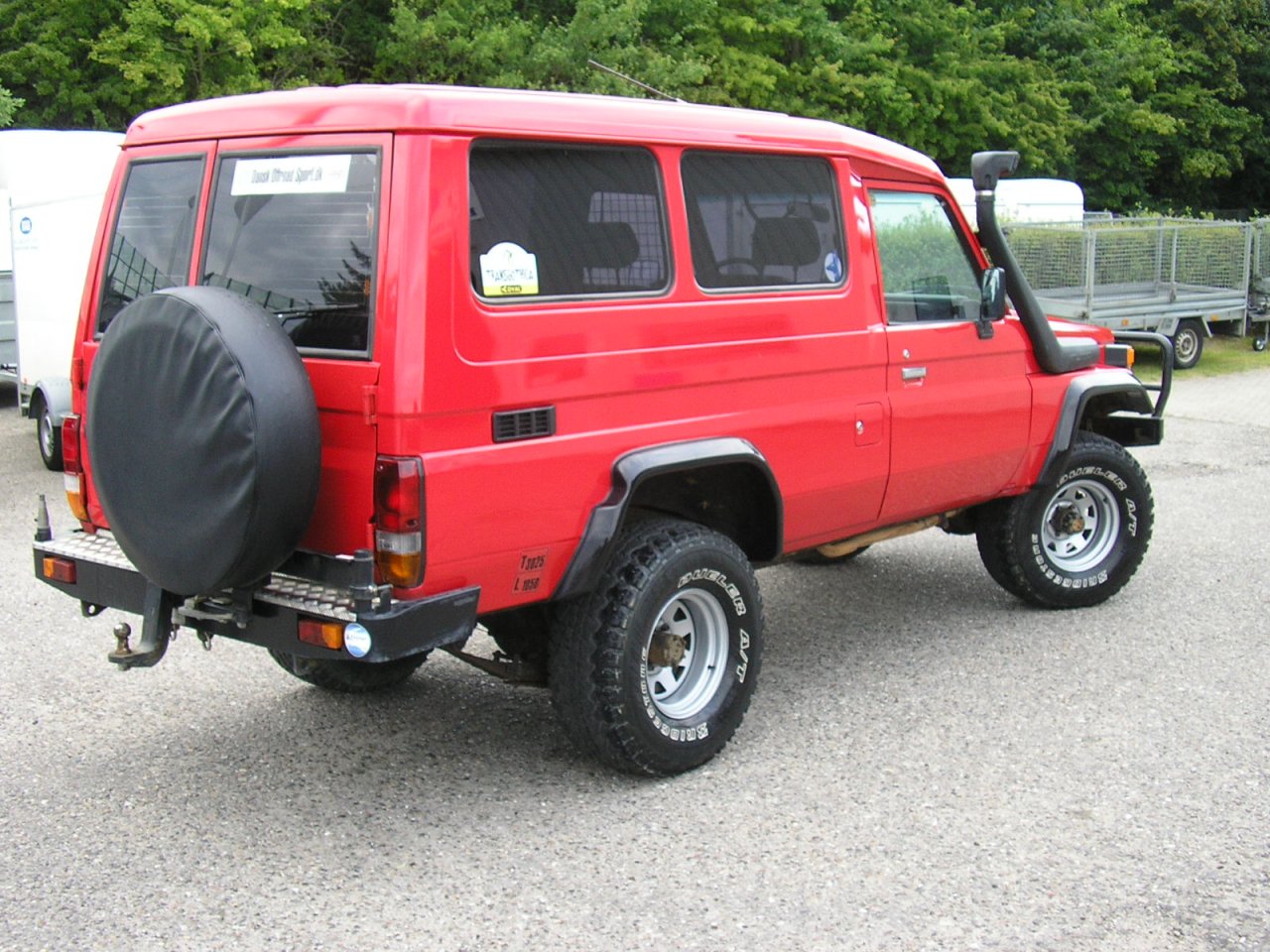 They sure do like taking their time over there. 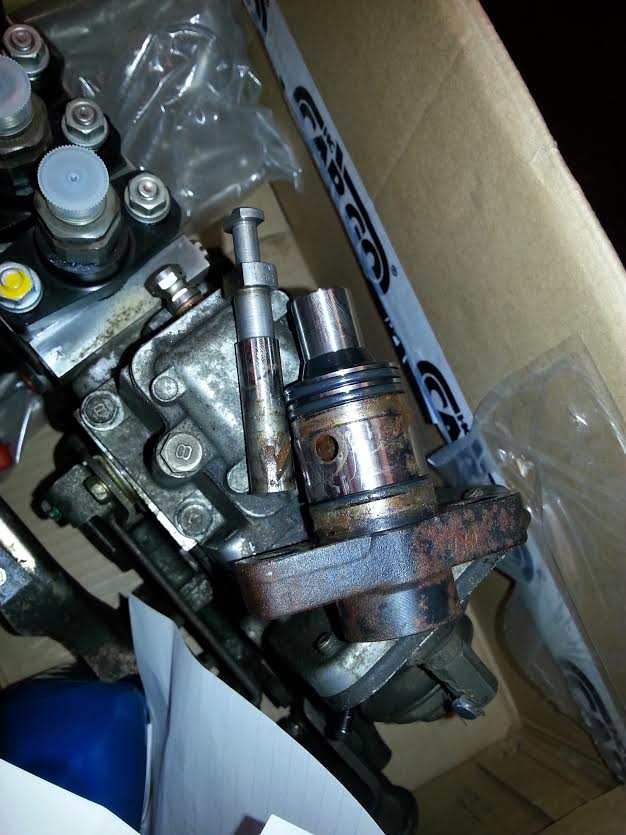 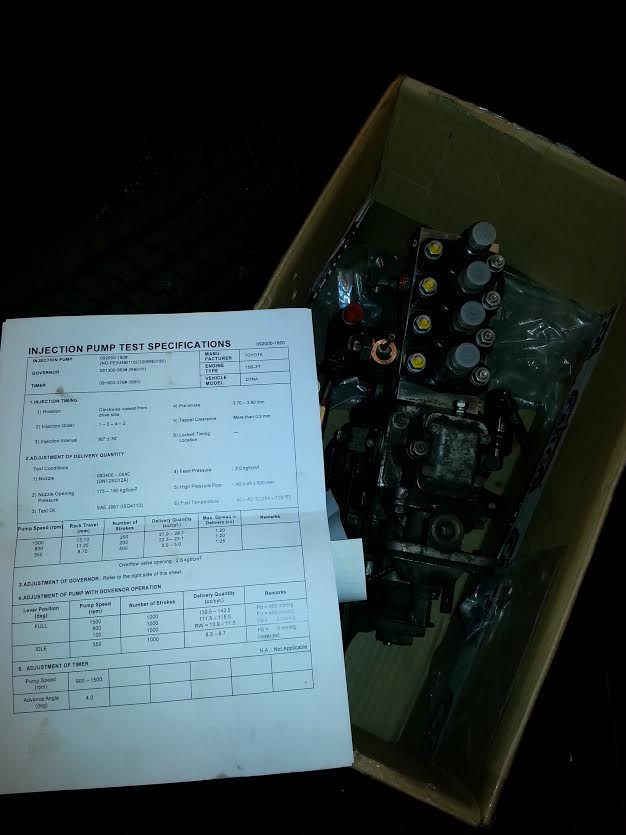 Visit site
Ouch! That's a lot of moolah! But that engine should be worth the extra expense.

Visit site
Wow, for that sort of money you would think they would strip & clean the whole pump so it looks new.
When I had my pump rebuilt for $1500 aus dollars the thing looked new again.

Visit site
Bugger only started reading this tonight! I also have a 15b. I figured out that you can make a hybrid rotary pump from a 2LT series 2 and a 14b, I have got the bits but not yet tested! Hope the rebuilt pump works well for you now 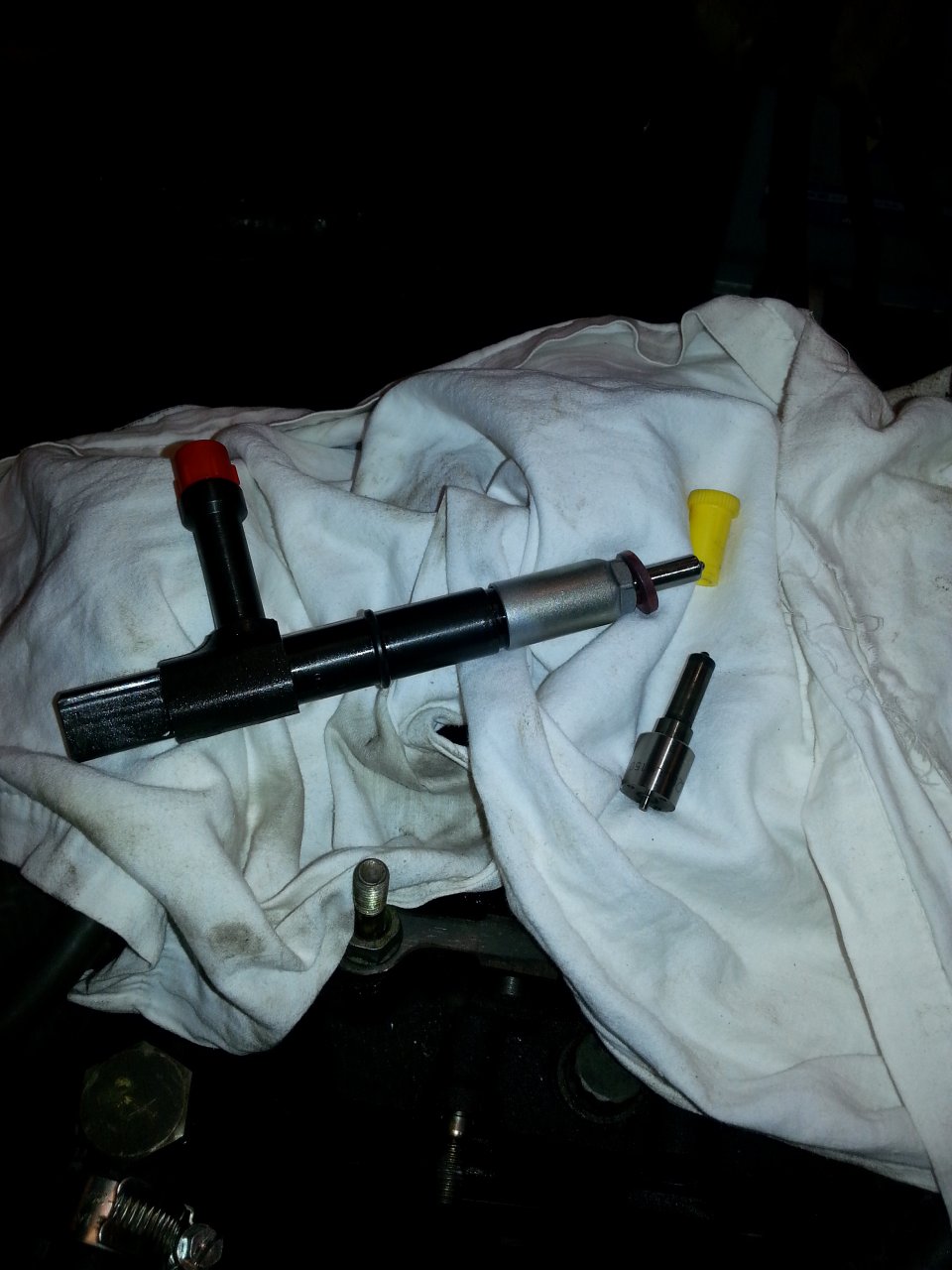 Visit site
the dyna truck i pulled this engine from must have been running on bad bad bad diesel ......

Donbugge said:
the dyna truck i pulled this engine from must have been running on bad bad bad diesel ......
Click to expand...

DIY Engine Temp Sensor/Gauge for 12HT (or any engine really)