2F rebuild--Repair or Replace 2F crankshaft? Got one? (1 Viewer)

Well, I'm pretty deep into my spare 2F rebuild. I wanted to rebuild this engine to complete stock format to know everything about the engine and also to have one ready to go when I wear out the one in my FJ40, which will probably be a long time from now anyway. However, it is my daily driver so who knows, in a few years I made need this engine.

So, I bought this engine for $250 bucks from a guy who is restoring an '76 FJ40 and putting in a small block V8-- he said it had 83,000 miles on it and that it had been parked since 1984. I even saw the odometer later confirming it. Well, I thought it must have been a bad bearing because the engine wasn't locked up and all seemed smooth when turning the crankshaft manually.

The engine was complete top to bottom front to back, he even included the radiator.

So, I get it stripped down to the block with pistons, cam and crank still in it. Everything looked immaculate and I was stumped at why the heck it would've been "parked".

Then, as I removed the rest; pistons, crank and cam shaft I saw the harmonic balancer was loose and moved back and forth slightly. Don't ask me why I didn't see it before. I'm guessing the original owner heard the knocking and thought he threw a rod.

The "key-way?" had worn out a wider hole that it should where it holds the harmonic balancer solid on the crankshaft. Is this very common on these engines? So, I was hoping to head to the machine shop tomorrow to get the block and heads are re-worked for a perfect all factory correct rebuild and now I'm stuck. I've heard of guys repairing this, but should I? Will it be as strong as before or be cost effectvie? Or should I just buy another crankshaft? Does anyone have one for sale?

Also, I have 2 OEM starters I like to get a couple bucks for if anyone would like a backup (or two). They tested good at autozone on the test machine.

I'm posting some photos of the keyway on the crankshaft so you guys can take a look and I'll put some other photos up of the project as well as give everyone a detailed report of costs as this is starting to seem like it will be an affordable rebuild.

FYI, this is the first rebuild I've ever attempted and any advice would be nice. 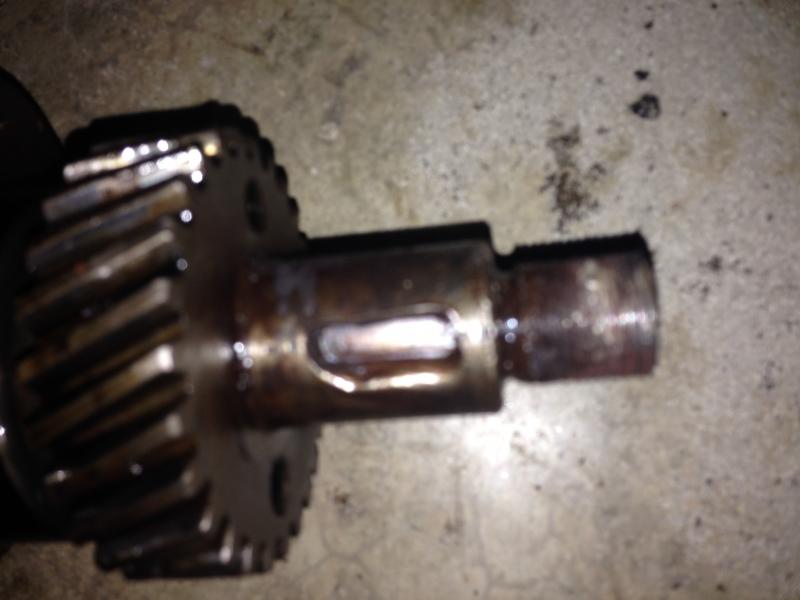 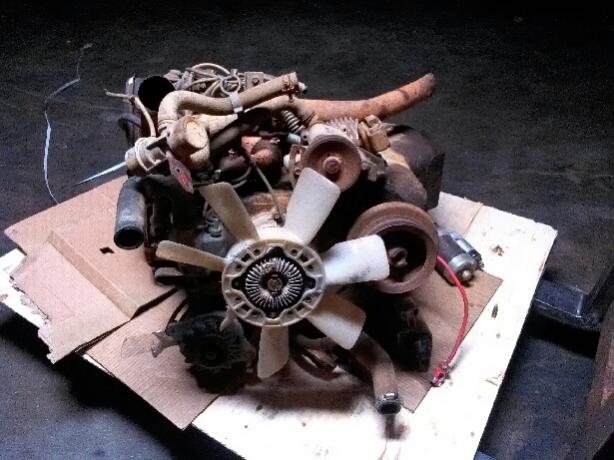 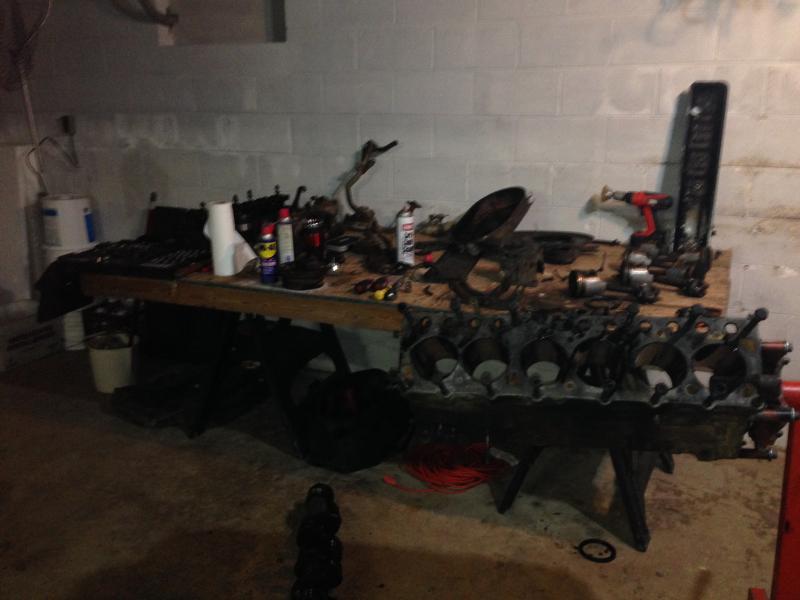 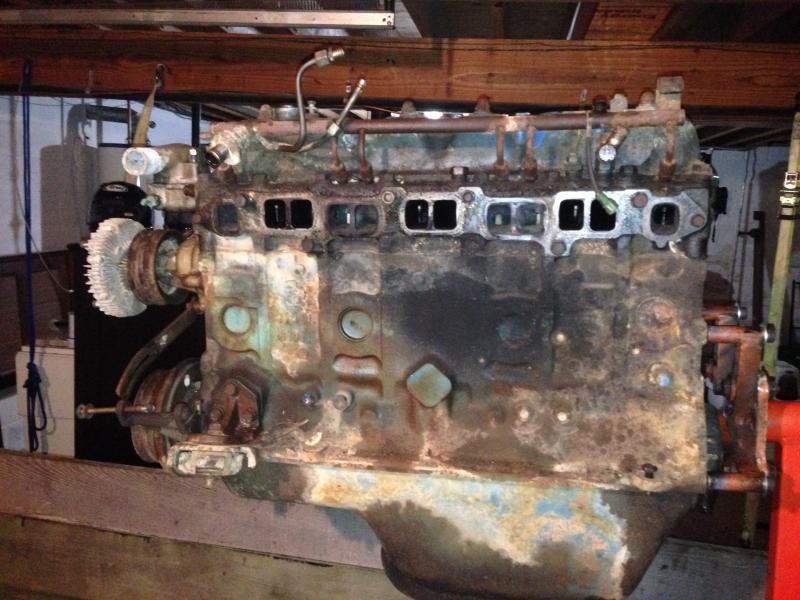 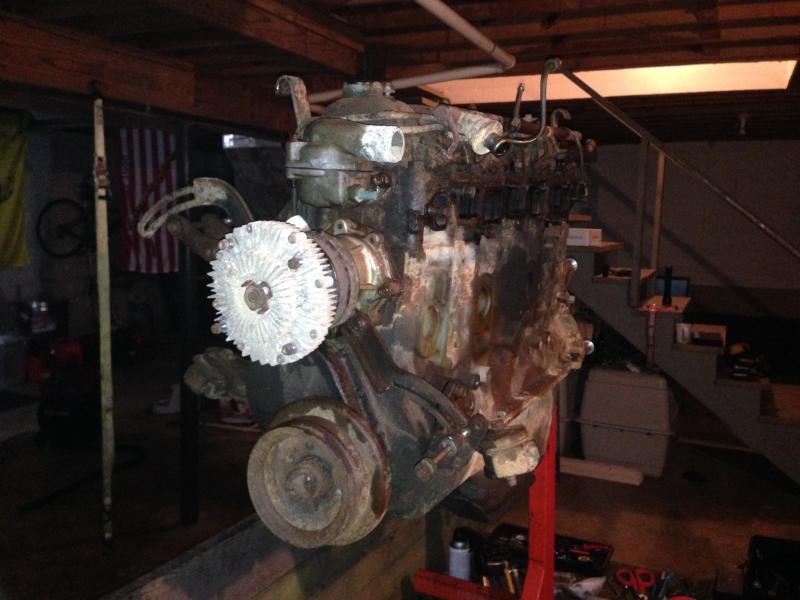 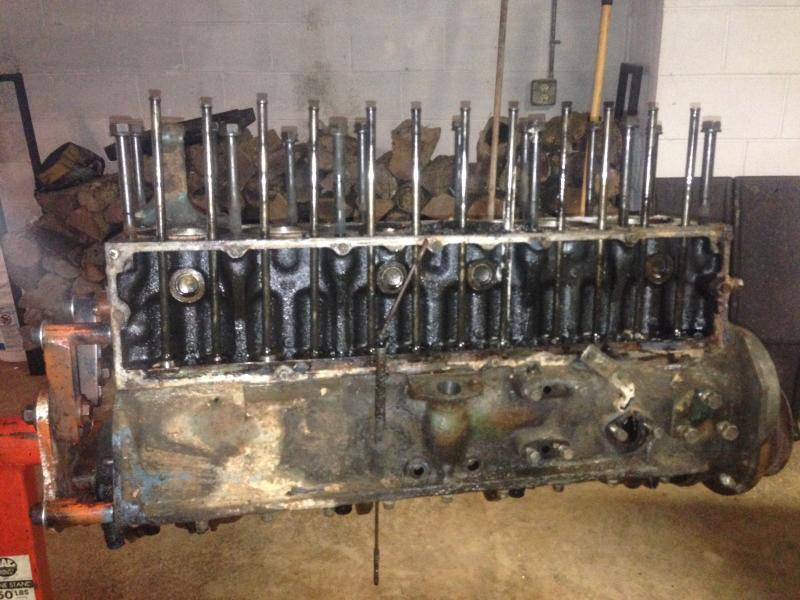 There's a pretty good thread on this somewhere about fixing that same problem with some of the gurus offering advice. Seems like they've been there a time or two. If you weren't so far away you could have the 2F I took out of my '77 real cheap. I did the same thing and rebuilt a donor 2F out of a '76. The crank was toast but I found one from a local mudder for $50. Check your local clubs or put a wanted in the classifieds if you decide to replace. Good luck, get a FSM and have at it. I rebuilt mine and it runs like a top. Good luck.

I fixed mine with a special Loctite product but if I was doing a full rebuild there is no way I would not find another crank.

The crank can be welded and a new keyway cut by a competent shop although not too many of them do it any longer .
Sarge

I happen to have a crank shaft sittin in the garage. Was told it was taken to a machine shop and redone by the guy I go it from.... Let me know if you need it.

I bought a crank from a land cruiser shop in the area $$$ .when i received it, the bearing surfaces looked great but the snout looked like yours. The "classic" shop i dealt with told me to use jb weld. Which I thought was bad idea. My machine shop used a carbon key and filled it with a weld. then machined it down to size. I have not picked it up yet, but he sounded happy with his work. All in all the crank cost me more than I wanted to spend, but i also know it shouldn't loosen up on me in the middle of nowhere. Steve

I got a crankshaft for an unbelievable price from Darwink (thanks) and it will be refurbished by my local machine shop which will build it back up then turn it to bring it to spec. While I understand my crankshaft has a messed up key way, I've now learned it can be repaired. If any mudders need a crankshaft with very few miles (80k), I'll pay it forward and you pay shipping. PM me.
You must log in or register to reply here.

I
New owner here with plenty of questions

I
2F Core for rebuild