Hi Guys,
I've searched the forums and have seen at least 4 old threads on this but looking for some piece of mind from the forum because I've noticed a change. 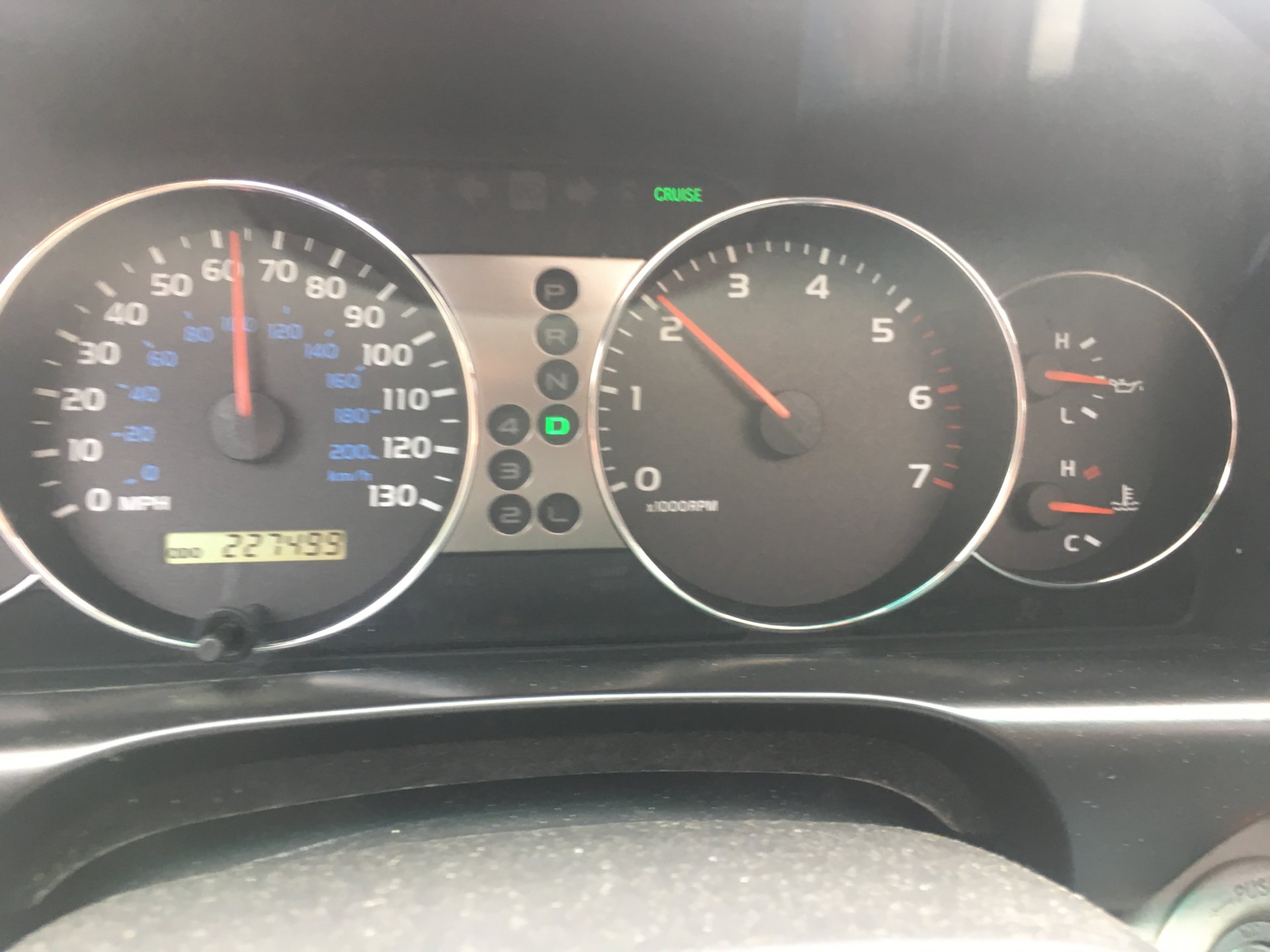 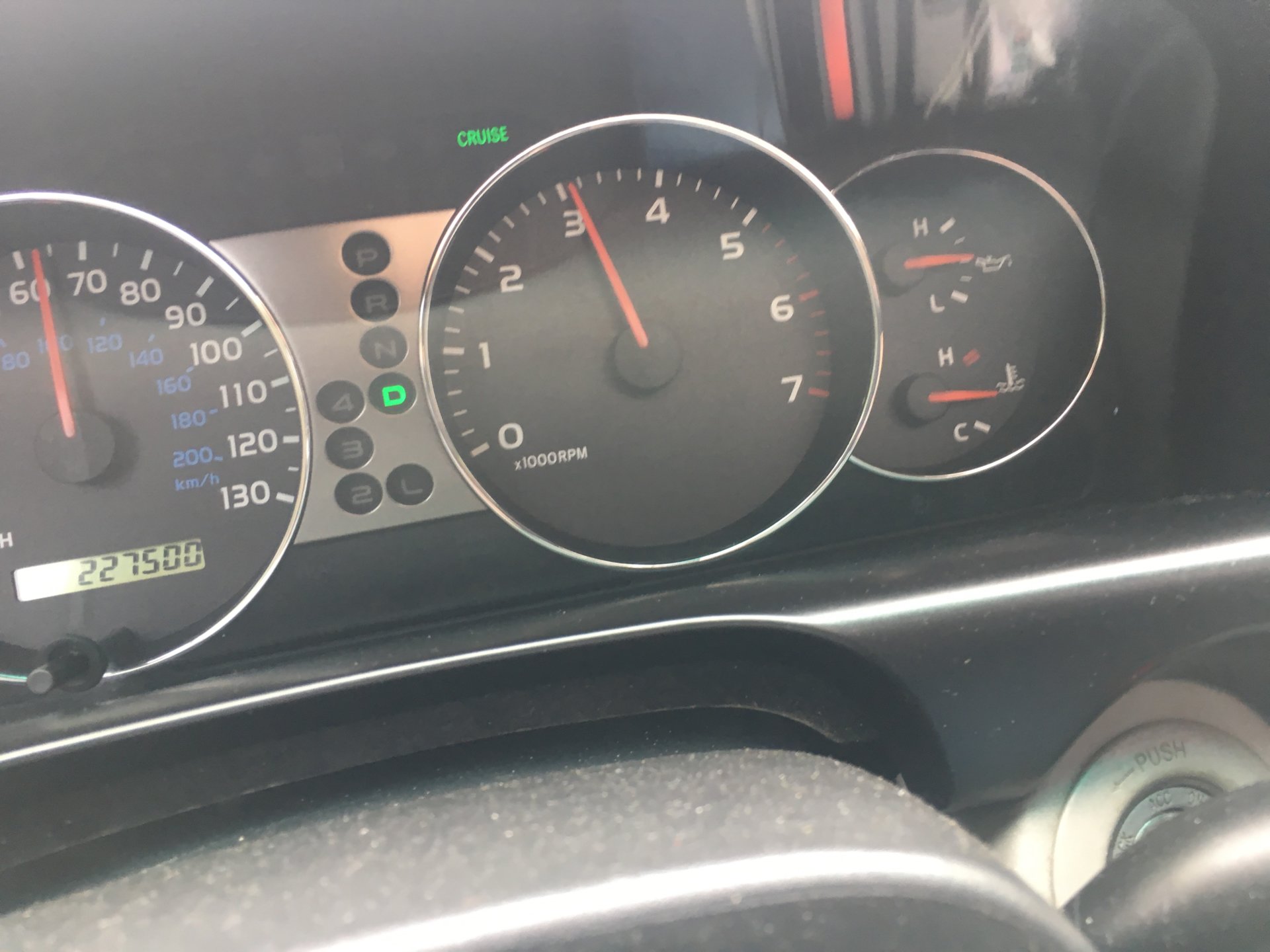 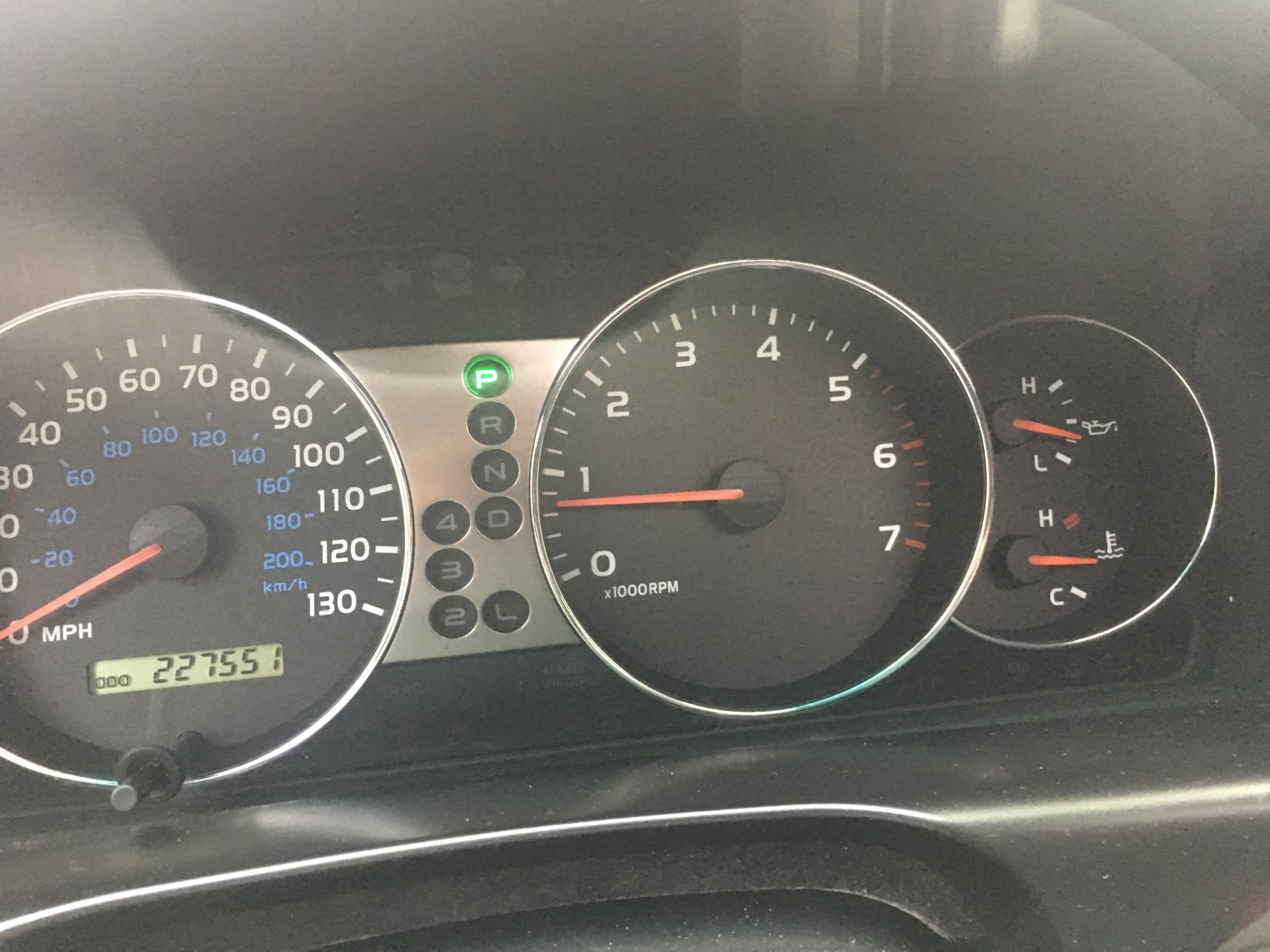 I bought my 2005 land cruiser in November 2018, but I live in the city, so I really only get out on the weekends- that said I drive it a lot when I can- did 5 hours on dirt roads yesterday- I just love this thing. When I first bought the truck- the gauge would vary between 1/4 and 3/4. When cruising on the highway at 2000 RPMs it would always be right on the center line and at idle it would be right on the 1/4 line.

Lately it has been a bit different- not drastic, but wanted some input.
Pics above are self explanatory- at idle, at 2k and at 3k.

It seems slightly higher at idle- slightly lower at 2k and significantly lower at 3k.
I could be wrong but when accelerating it used to seem very linear- 2k would be 1/2, 3k would be approaching 3/4.
Now it sits just under 1/2 at 2k, and just above at 3k- even if I gun it to 4k it does not move much above 1/2- it seems to rise up a bit but then settle down to just above 1/2 which concerns me a bit- could it be leaking pressure somewhere?

Another thing I noticed yesterday was when costing downhill in gear it goes above 1/2- no gas, just costing (maybe 1500-2100 RPM)- it rises higher then than it does when I'm putting load on it-- never really looked at this before so not sure if its normal or a change.

Only changes I made was 33s and new alternator. I have done some offroading, mostly light to moderate.
I think I am going to put a new Oil pressure sending unit in it, maybe the stream crossings and mud have thrown it off a bit? I run 5w30 oil- just changed it this weekend my self.

Live in NYC area so temps have changed but not drastic- maybe average of 20-40 degrees in the winter and 40-65 degrees lately.
I know I'm nitpicking and the readings I have today are within spec- just looking for some piece of mind- oil pressure of course is a very important thing

Been asked a million times. No problem, every Land Cruiser ships out from factory with a low gauge reading, yes even new 2019s off the lot.

Mine has changed depending on which point I am on the oil change. When it’s new it seems to read high, when it’s close to the life end slightly lower. Overall based on the feedback on the forum it’s all normal as long as it doesn’t drop below L.

Perfectly normal. Mine does the same. Freaked me out when I first got it so got actual readings for piece of mind. It makes pressure like a brand new engine even though it reads all the time at a 1/4 mark.
B

They all look right to me, given the different rpms. Don't stress so much.

My standard answer - if the truck's dipstick shows the sump is full of oil, disregard any reading on the gauge. They are notoriously flaky. Toyota 4.7 oil pumps just really don't fail. As long as it has a reading, all is good.

And should you ever just absolutely need to change the sensor, it's only about $20 and 20 minutes to do the job.

I only know this because I too was concerned about the gauge in another 100 I had and didn't bother looking into it before doing the replacement.

Circling back on this one- I removed the oil filter access plate yesterday just to take a look at the oil pressure sending unit ( I was thinking of throwing a new one in for 50$) and the wire going into it looks jenky (pic below) it looks like at some point someone may have accidentally cut the wire to the sensor as there is a electrical crimp connector a few inches upstream from the sensor. I added an arrow to the unit itself and one to the crimp connector. Doe this look right? 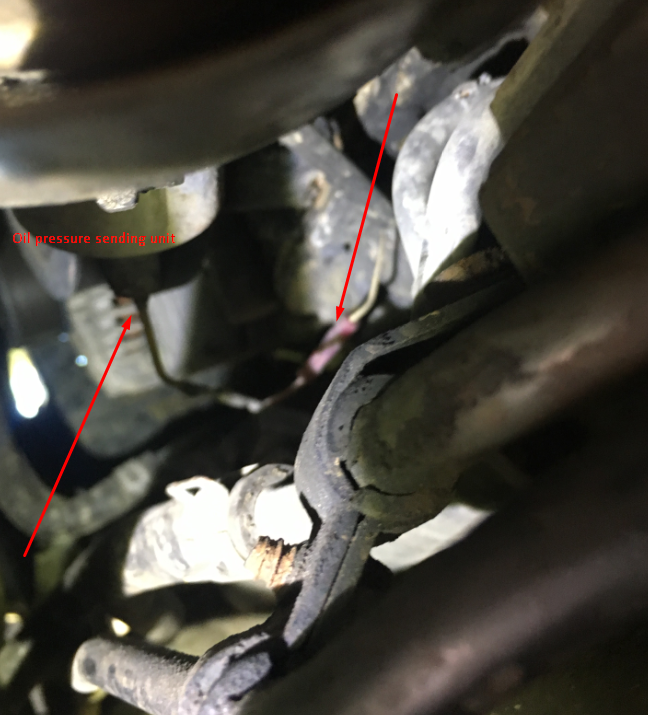 May be a good idea to correctly splice that wire.
Post #18 Knock sensor wire cut, what do I do HELP

Will do- but does it otherwise look right? IS there just supposed to be that one wire?

Thanks again.
You must log in or register to reply here.