Below is a picture of the termination of the lead coming from the alternator in the fuse bank.
Below this connection exits another wire connected to the positive battery lead. Obviously, whatever this is has been burnt to a crisp.
I'm trying to understand what it is I'm looking at here as I'm no electrical guy.

A little background - There was an intermittent burning smell coming from the engine compartment. I had been trying to track it down. At first, I suspected the A/C compressor was going out. Then the battery leaked fluid and failed. It was an old battery - so I changed the battery. The burning smell kept happening. So I turned my attention to the alternator, had it tested, and it was declared bad - so I changed the alternator. When I went to turn in the core, I had them bench test the old alternator and it tested good so I kept it as a spare. Well within about a week, the new alternator had failed, and I finally saw where my fuse bank cover had melted. I opened it up to find this! Additionally, the alternator fuses appear to be intact...

Again, I'm no electrical guy and I don't have the schematics to see what this connection is for. Does anyone know what is going on under this stud or what my ultimate problem might be? My (un)educated guess is that there was a problem with the voltage regulator, but I don't know why the problem would continue with a new alternator.

Thanks for any help! 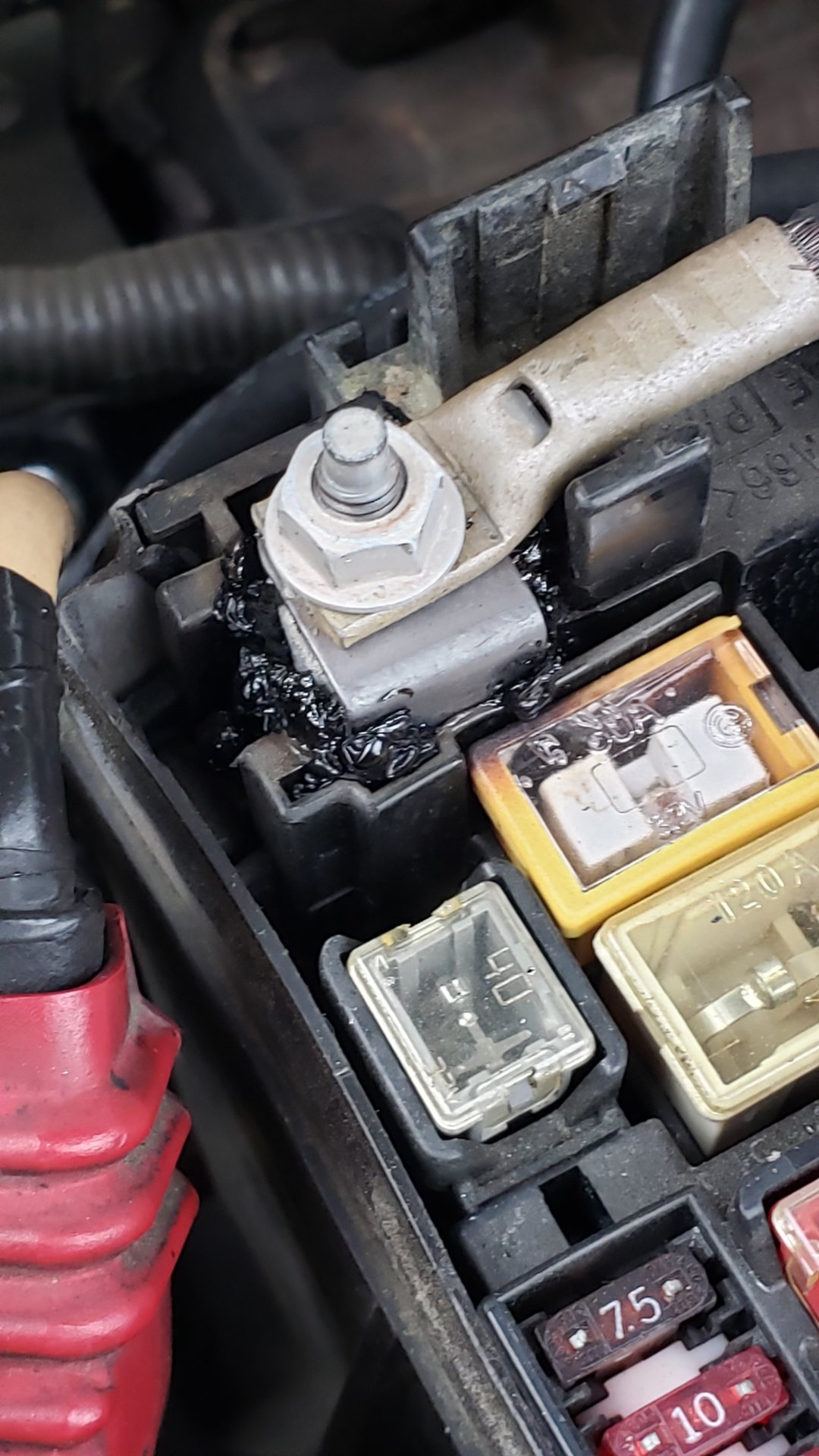 RileyEscobar said:
My (un)educated guess is that there was a problem with the voltage regulator, but I don't know why the problem would continue with a new alternator.
Click to expand...

Any luck yet?
Just a shot, there may be a resistor under that post, something in there created resistance (came loose or started to fail over time) and created enough heat to melt it. Could also explain the alt fail if the regulator was getting the wrong signal.
H

The connection in your picture brings +12volts to the fuse block from the battery. If it is getting hot enough to melt its mounting point, then either it is not connected properly (too loose) or somewhere there is a short which is drawing a lot of current and has killed your battery and is stressing your alternator. I had a similar problem on my truck that I traced to a shorted wire in the brake light circuit. But, without a wiring diagram it is nearly impossible to chase a fault like this. Opening up the fuse block is a PITA, but when I finally got mine open, one of the wires inside had gotten so hot that all of the insulation was burned to a crisp. The Toyota manual showed that this was in the stop light circuit, and I traced the wire until I found the short. If you're not good at electrical work, then I would take it to an expert. 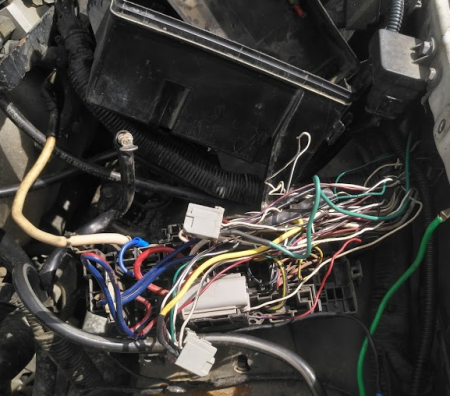