Hello all. I have been an avid reader of this forum since purchasing my Cruiser back in May. Like any other vehicle, this one comes with its own creaks, leaks and what have you. I stumbled upon a fellow cruiser recently with a super cool build (White Sheep) and we talked for about half an hour about them. Being fairly new to the scene, it was nice to talk to someone who’s had their 80 for a while and knows the ins and outs. White Sheep gave me some ideas, tips, and tricks for the future with my build and suggested making a profile and connect with some fellow cruisers. So here I am!

That being said, I loved every moment with this beast so far and super excited for future adventures. Before the 80, I owned a 4Runner which I also loved but after watching countless video about the 80 and looking into the history, I had to find one. After about a month of searching, I found this beauty sitting at a dealership about an hour away from me. During my inspection, she checked off a lot for me to give me piece of mind. Others 80s that I looked at were too rusted out and I just didn’t want a full-blown project on my hands as I have another constant project sitting at home coughSubarucough. On my test drive the temperature gauge was erratic and it started blowing white smoke. We all know what that means. The 80 blew the head gasket on the test drive! I was still interested in purchasing the vehicle and the dealership took the engine apart and did the whole 9 yards. The gasket was replaced and heads were taken to the machine shop. Nothing crazy was found such as warping of the heads and the 80 was fixed right up. Fast forward about 2 to 3 weeks, I finally get my hands on her.

So far, I’ve taken her out to the trails numerous times out here in Georgia with some buddies and she handles amazing. No issues what so ever in the thick mud and some of the little rock crawling I did get to do. Also had a road trip to Grandfather Mountain, which is about 6-7 hours from me and she survived. No major leaks on the trip or anything blowing up. Only thing that is noticeable of course, is the lack of power especially the constant coming up and down mountains. The 80 did not like that. Felt like I was literally flooring it every time!

In the months following, I haven’t had any major issues so far. I've been needing an alignment but apparently the front tie rods are stuck in place. I ordered a full replacement and should have them on this weekend. I also have had some moisture near the swivel hub so looks like the knuckles may have to rebuilt soon. There isn’t much grease/oil leaking around the hub, just up under where the 4 bolts come through. I also have had issues with my fuel gauge. The gauge is showing much less than what it is rated for. When I fill up at the pump it’ll show that it was filled with around 18 gallons instead of the 25 it’s supposed to have for example. That’s something that I have to do more research on. It could be as simple as the gauge itself or the fuel sender is what my initial presumption is.

Upgrades and Maintenance: I plan on redoing some if not all the fluids, replace the tie rod end assembly and serpentine belts in the coming weeks. In the future I will look into adding a winch,rock sliders, and also looking into some gauges to help me better monitor the performance. Performance wise, I do want to make some engine upgrades. I’m still wondering as to what direction I want to go. I do want to add some power with a supercharger one day but with the prices of some of those kits, it will be on the backburner for now. I also read into people changing the gear ratios, especially when going bigger on the tires. I’m hoping if I do that, it will help me give me a little more umph when getting up into speed and also give less wear on the transmission.

I am excited for the journey and connecting with others on here. I’m not the best writer so thanks to anyone that read it all. Any advice will be appreciated and I look forward to the messages. Thank you all! 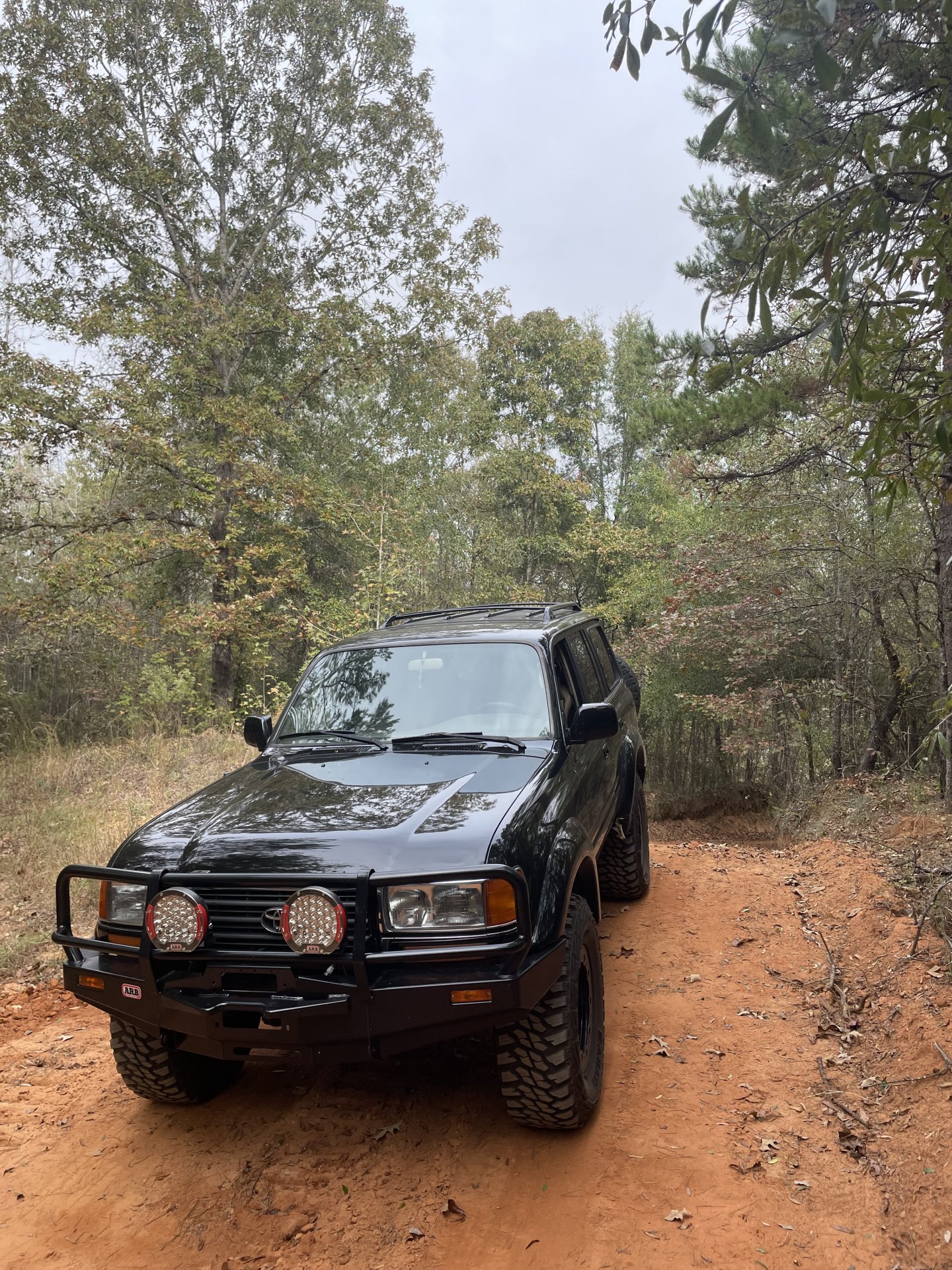 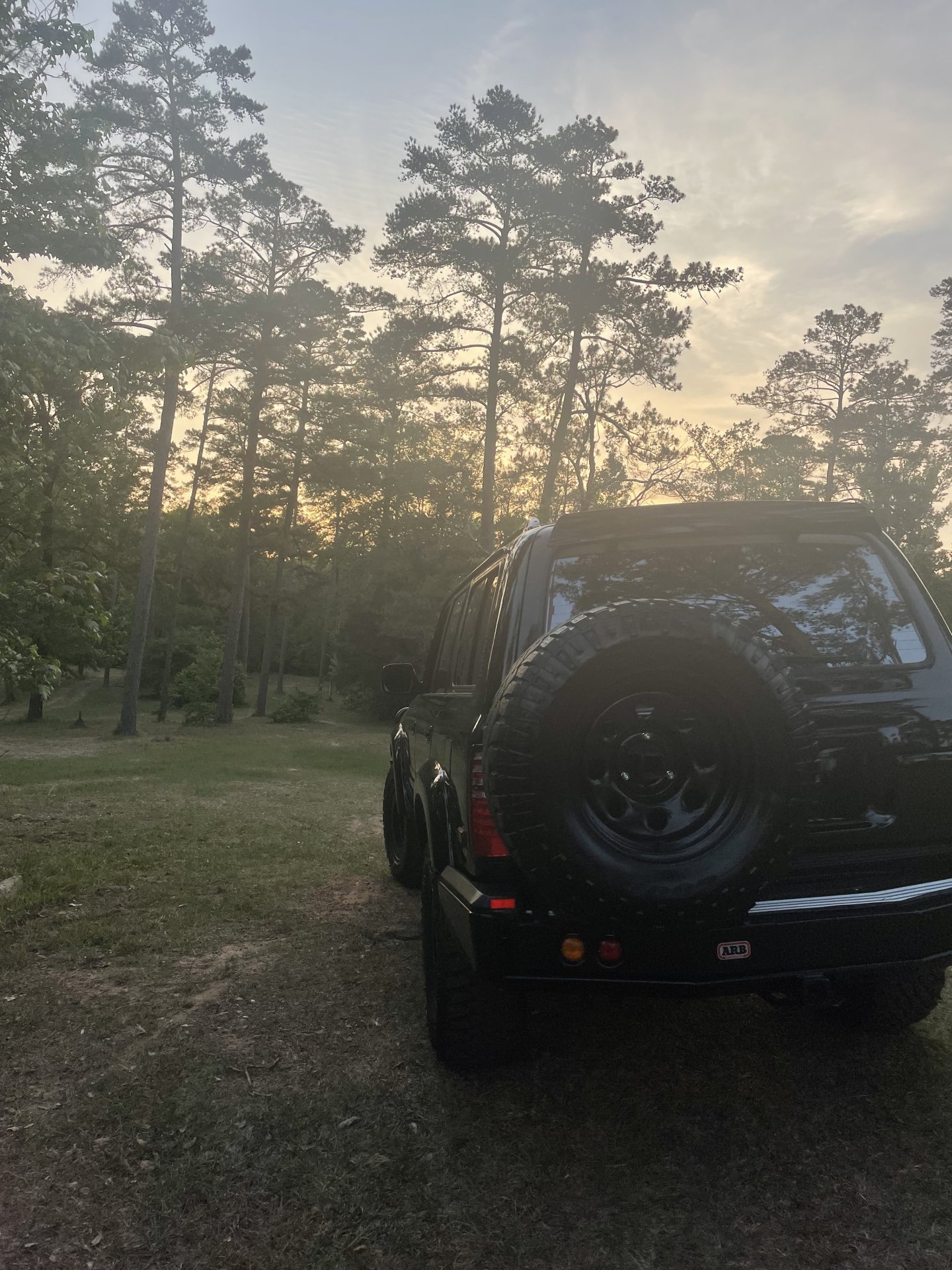 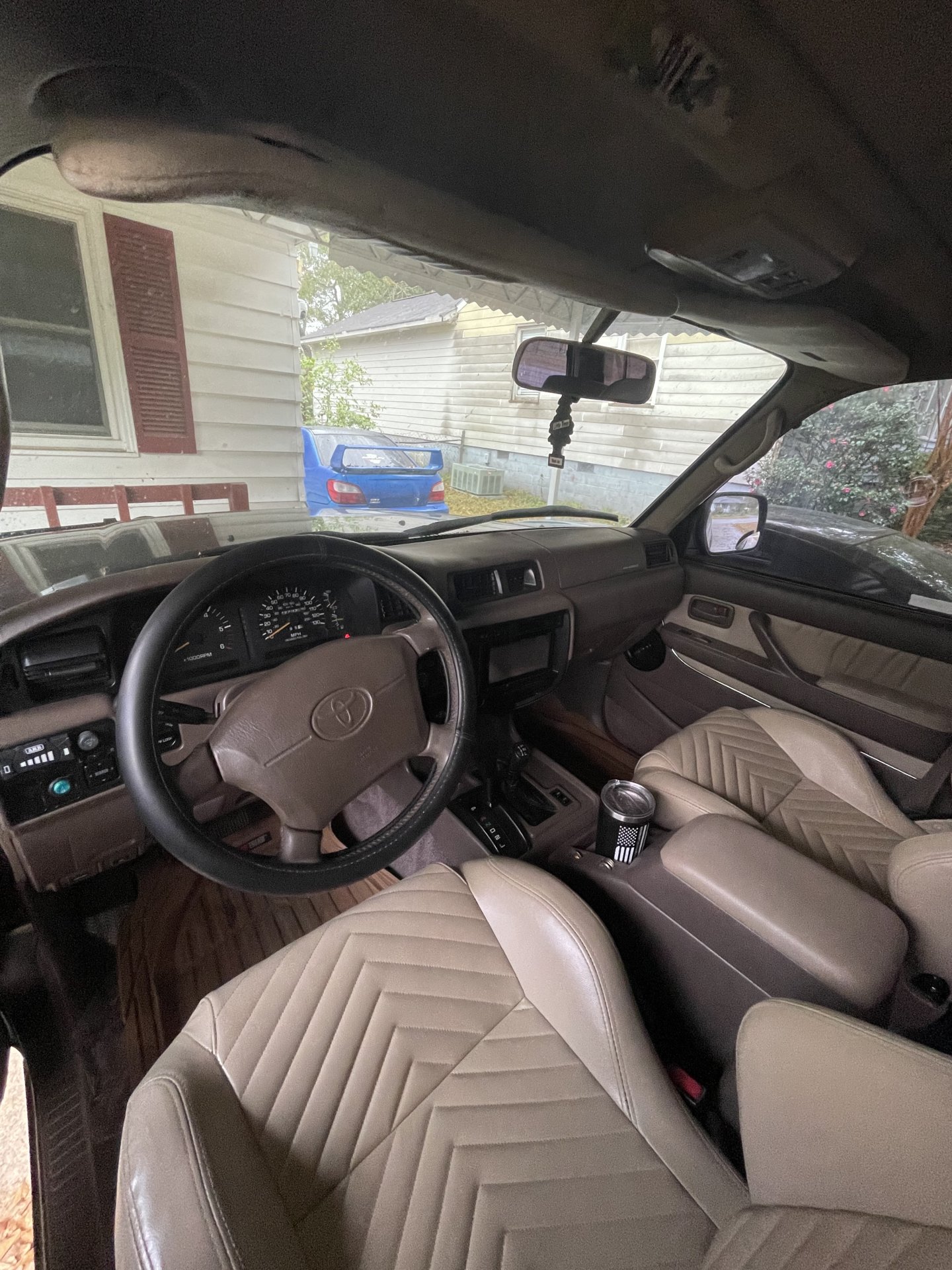 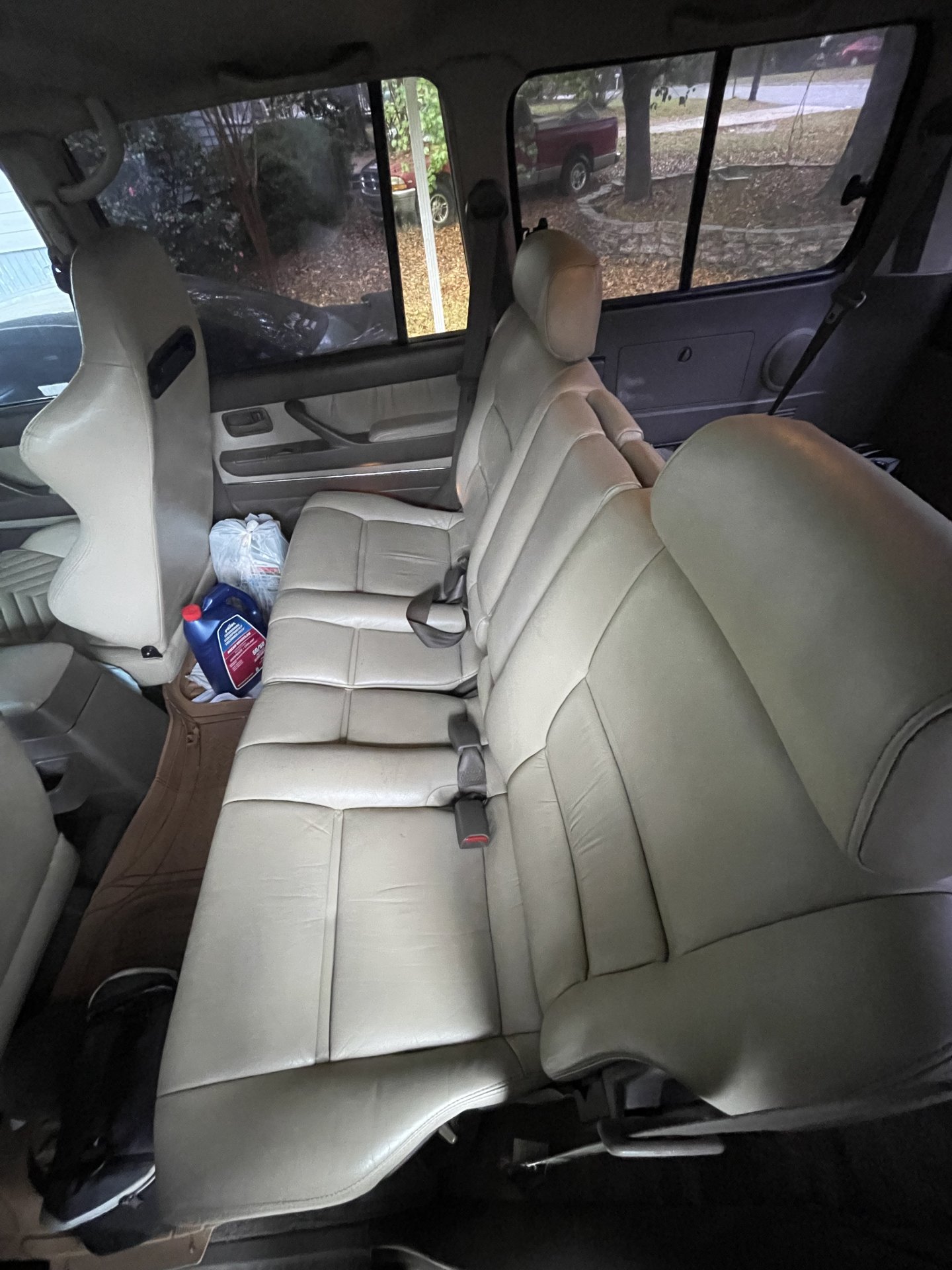 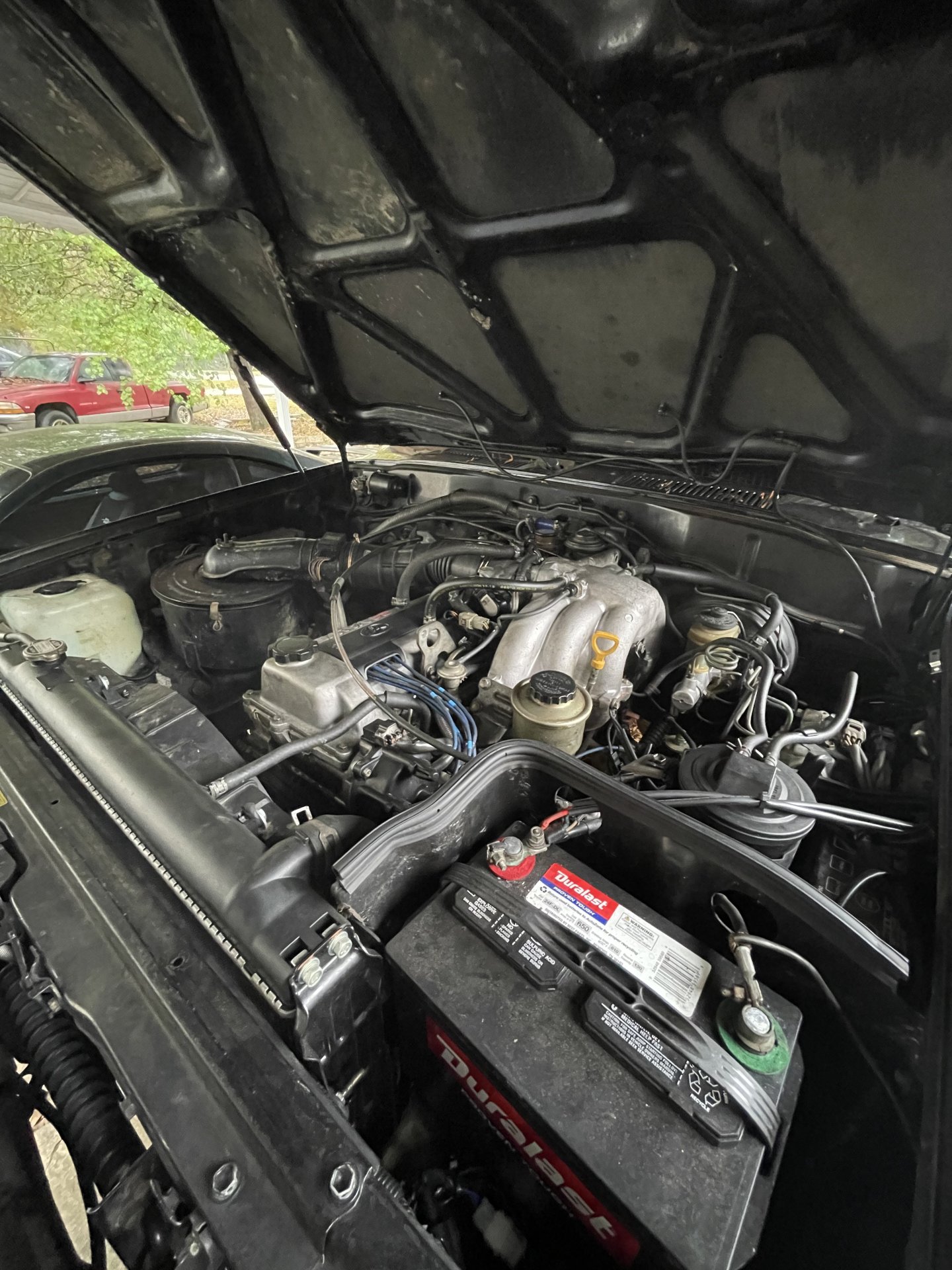 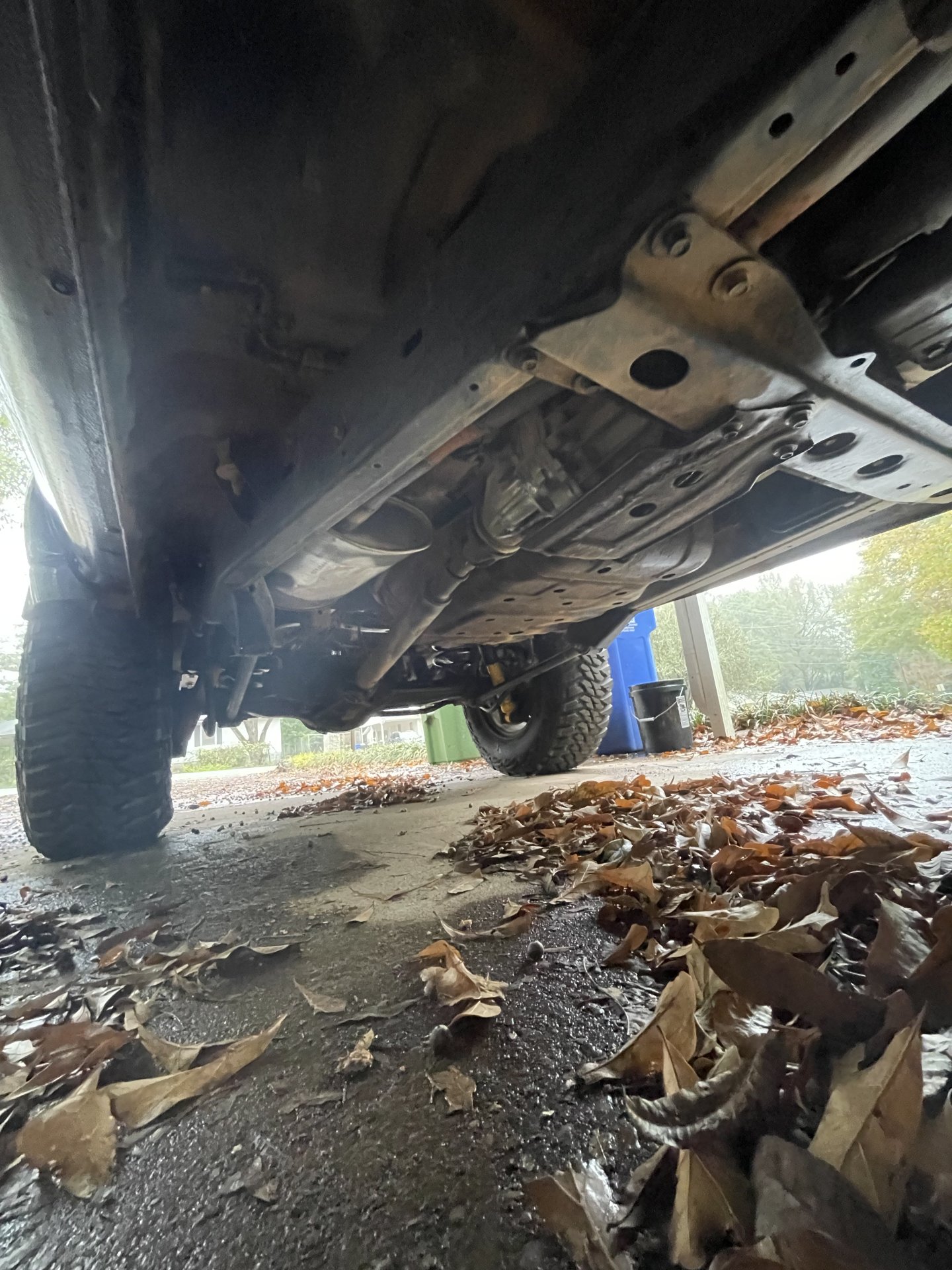 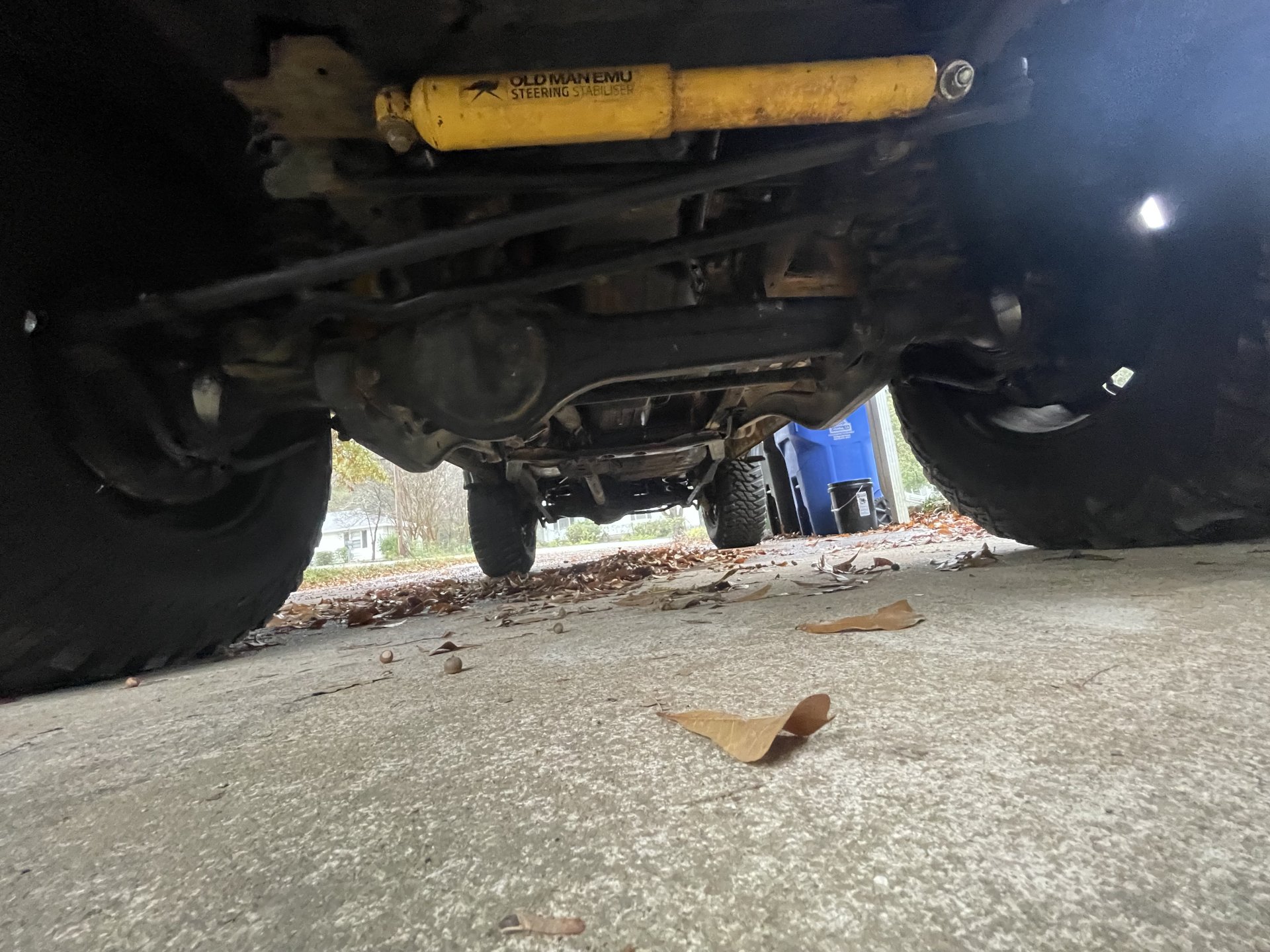 Welcome to 80 world! All black is my fav color combo. Enjoy the journey.

Nice ride and welcome …. 🍺
​
Everything you say can and will be used against you!