We've loved this truck and made many memories in it, but I am in need of a pickup so it's time to let it go. I guess that's what happens when one moves to Texas LOL. It's a well-built truck but hasn't been driven much in the past few years...mostly we just use it to tow our little camping trailer to campgrounds. I took it to a local park to wheel a bit, and it did great, but the rack and RTT made it top heavy for the rock crawling stuff (we weren't much into that in Utah...just ask the wife about the last time we ran Hells Revenge LOL). Other than that, it's had mostly road miles and regular service (which amounts to oil changes, a coolant flush/fill (with Toyota red coolant), differential service, etc.)

There's rust around the top of the windshield, around the stock roof rack mount points, and on the undercarriage. It's not rusty around the wheel wells. I had the windshield replaced a couple of years ago and the new gasket is sealing fine, but the installer was concerned about the rust. They did smooth it and paint it, but it's there and is in the windshield frame. I'll obviously post pics once I get a chance to give it a wash and go over it with a fine-tooth comb for rust.

The Interior is not great. The back seat is awesome, carpet is stained but not worn, but the front seats are cracked and split...they've got some nice seat covers (Escape Gear) on them and we've been rocking those for a while. Seat gears on the driver's side are stripped, I have the mechanicals out on a bench and new gears ready to install but they've been sitting for two years with the seat slide back and secured in place. I've been busy...what I can say . Other interior items: some of the lights on the radio panel are out, the driver's side front speaker is blown. The driver's side sunshade drops down a bit of its own accord. I'm 6'1" and it hits my forehead when I get into the truck...so that's annoying. Steering wheel leather is super worn.

I recently had the truck reviewed by my mechanic and they found a small oil leak from the front left corner of the head gasket (which has not been changed). It's not losing enough oil to notice in the 4000 miles since the last oil change, but it's enough to get to the bottom of the oil pan. My garage floor is dry under the truck. I hate oil leaks...HATE them...and this one bugs me. The HG seems fine, there is no oil in the coolant, and the engine isn't losing coolant. If I was buying the truck this would be my first concern to address.

I'm JUST starting to see a bit of wetness on the bottom of the steering knuckles...axle seals were replaced a while ago by the previous owner somewhere around 2010. I used to have the records for EVERYTHING on this truck going back to new, but they got lost in the move to Tejas . Frankly, I never planned to sell it so I didn't care much. This rig is a part of our family, but the time has come.

That's all the bad that comes to mind right now...

The good (in no particular order):

It's got factory lockers and the switch to lock the center diff individually.
National Luna dual batteries with washer bottle relocation kit and OEM second battery tray.
On-board hot-water shower (the wife's favorite feature!) (bah, who am I kidding, I love it too), I replaced the stock pump with a small RV unit I store in the drawers in the back. It's got a hose with a "clunk" for a bucket of water...works great.
ARB bull bar with Warn winch and older IPF driving lights on a nice factory switch in the cockpit...older incandescents that work great (and have clear covers)
T-case skid plate
OME J lift (I think it's about 3.5")
Front drive shaft is a Tom Woods double cardan unit. I also have a spare front line that has a worn out u-joint...but would be handy in a pinch. Speaking of spares, I have a spare t-case as well...not sure what kind of shape it's in...was planning a re-gear and it never happened.
Goodyear Duratrax tires (315s ~34.5" I think?) with tons of miles left on them. We replaced them before moving (all five) and drove the truck to Texas, then put another 5000 or so miles on it after moving here in 2015.
Slee step sliders
Slee rear swing-out bumper
Custom drawer system in back built by previous owner with the help of a cabinet maker. It's a beautiful system with a 'secret' gun compartment and is tied into the back with the factor tie-downs so it doesn't move at all when off road. Honestly, these drawers are one of my favorite features of the rig.
Escape Gear seat covers on the front seats
Weathertech floor mats front and rear
Older Cobra 75 WX ST CB
ICOM 7000 2 meter radio (be sure you have a license before use ).
ARB touring rack. The truck used to have an RTT but we sold that a few years back...but that's why the touring rack is on there and not the "normal" full cage rack.
ARB awning (another favorite feature...super handy for some quick shade at the radio control airplane field!)
There a couple of jacks in the back for fridge and accessories. One ARB proprietary fridge jack and one "normal" 12 volt jack.
Replaced radiator, water pump, and fan clutch in 2013 (and refilled with Toyota red...I'm a bit superstitious about that).
New brakes in 2017 with new rotors and pads all around. Brake system flushed at that time as well.
Last tune-up was 2016, new plugs and wires and anything else it needed. I didn't do that one...had my local shop do it and I can't remember everything it got.
Just replaced air filter, fresh oil change and local mechanic gave it a clean bill of health save the aforementioned oil leak from the HG.

So...that's the story. I'll shine it up and get some nice pics...cause that's what she deserves, but I wanted to get a reality check. I'd like to get $7500 for the truck as is. I think it could fetch more than that without the HG oil leak, but it is what it is. Let me know if I'm smoking something on that price please...maybe that's a dumb question...but it is what it is.

Also, to all my friends in the Wasatch Cruisers...I MISS YOU GUYS and I MISS UTAH!!!

Anyone who has seen this truck knows it's a solid build. It hasn't been on a proper primitive camping trip in years...it makes me sad. I am sad to see it go...but it's just the right time (if the price is right).


Will do. Probably be tomorrow night or the next day. Busy times.
S

Here is a pic after the last time I detailed the truck. This was a couple of years ago. It sits in my shop when it's not being driven. Also, the sun was setting this time so you can't see all the desert pinstriping...there's quite a bit on the plastics.

Will get more pics soon...just need to find the time to give the truck some love. 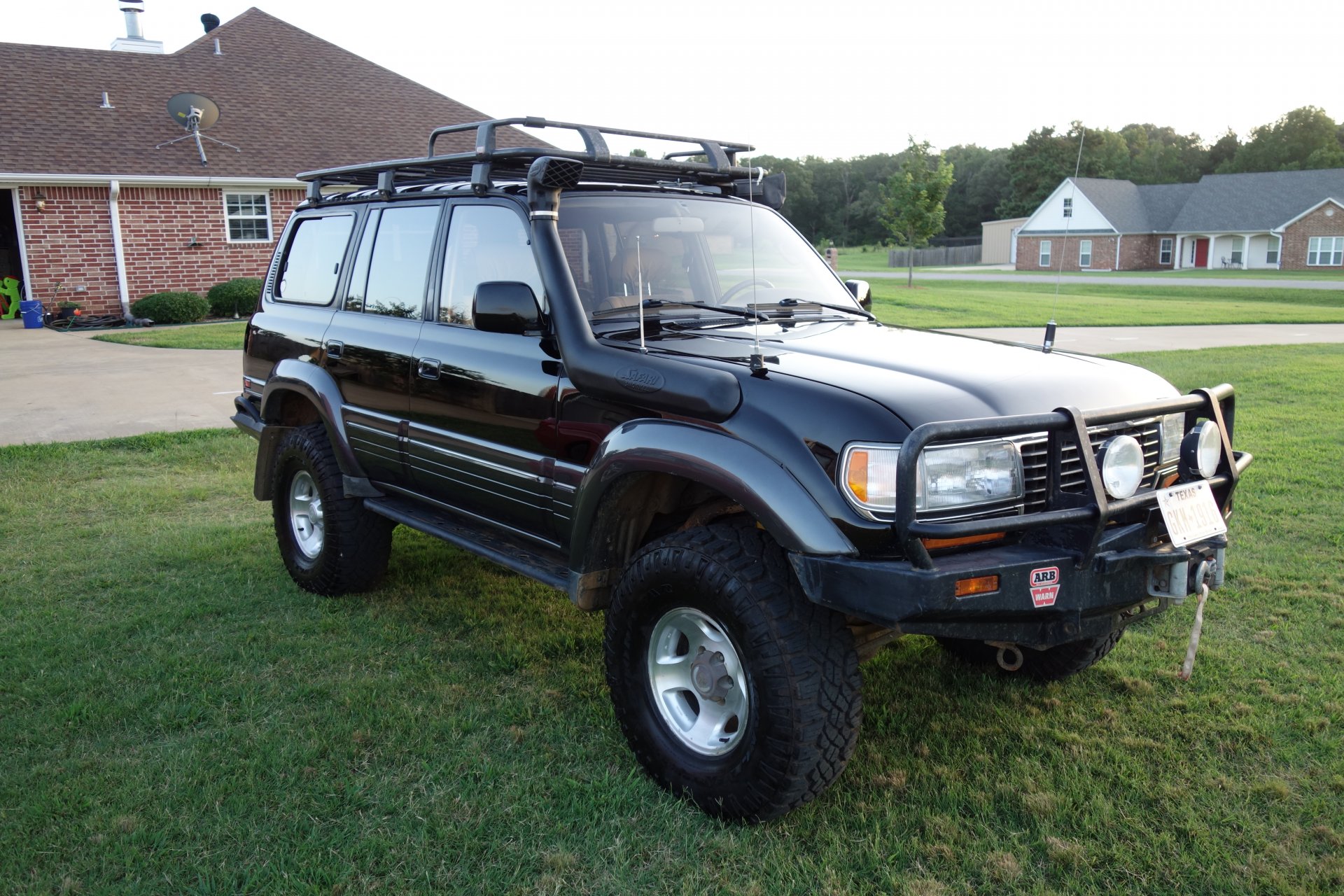 Edited. HG oil leak coming from front left of engine...for some reason I got the pic twisted in my head. Fixed that and have pictures of everything incoming (just waiting upload). I looked at the area again and it does appear to be too low for a valve cover gasket...
S

Sorry it took so long. There are a ton of pics there.
S