Back in 2017, I picked up an FJ62 from another member on here. Surprisingly my wife loves the 62. Which is great for me because she generally hates the cars I'm into. About 24K since then (almost at 300K) the FJ has become a car we will never part with (we named her Jenny after our late English Pointer/Mastiff mix).

I've decided to go all in on her and sell my daily and put my time, effort and spare money into making this the perfect daily and road trip rig for my wife and I. Other than regular maintenance, swapping the shocks, rebuilding the power steering pump, and rebuilding the knuckles I haven't done much to her since the date of purchase. That was until last week when I took the first step and sent her to Land Cruiser Specialties to have Tim put on a 3in OME suspension system along with some greaseable SOR shackles and tie rods ( I purchased them right after I bought the FJ but lacked the time and space). I had some mad clunking and my bushings rotted and fell out probably a decade ago.

I am about to take it on my first extended drive today up to Mt. Hood with the new suspension and will post some pictures of her riding high.

I had been talking with my wife about swapping out the 3FE in the future so that we don't risk our lives every time we merge on to the freeway.

Tim from LCS hit me up yesterday and told me he had a line on a 42K 5.3 and transmission out of a Silverado. I had mentioned it to my wife and she was all in! I'll need to scramble to get cash put together by Monday to get it but with a bit of luck, an LS swap is in Jenny's future.

At any rate, I've got a long road before she gets a new heart so I thought I'd create a thread to post the progress. 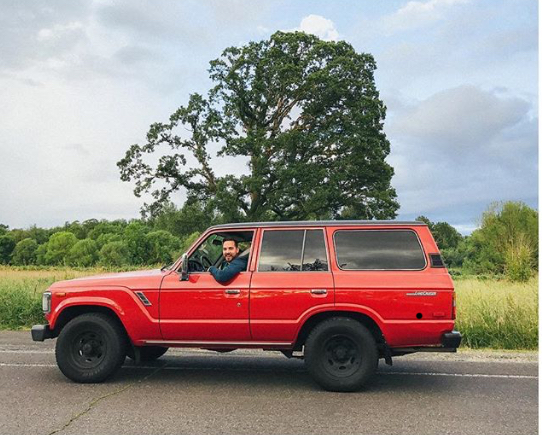 Hi, Funny how these trucks grow on your family. Mike
You must log in or register to reply here.

B
Another FJ62 Rough Idle Thread