Well, I realized that I just couldn't stay away from the 60 series, so when I saw this guy on the market, I couldn't resist. It's a 1986 FJ60 that's been swapped to a 13B-T engine. So far I've had to swap the batteries and put in a new preheating timer, and it starts perfectly now. Immediate needs are a brake job and some new tires, as the current ones are pretty old and dry rotted. However, it's already been lifted about 2-3 inches and is sitting on 305/70r16s (one of the previous owners swapped in 80 series wheels), so it's sitting about where I want it to be sitting long term. Aside from the obvious mods (the engine, lift, tires, bumper, and roof bars), the interior has a bunch of extra gauges, 80 series leather seats, an H55F transmission, and a few other extras. I made a quick walk through video with some of those details, but I'll do a more in depth one later when I'm not up super late (for me, as I'm working nights right now). Almost everything seems to either be working, or have a work around (hence the extra gauges), so it should be a relatively simple matter to get it ready to daily drive.
Here's the walkthrough video, for those interested. 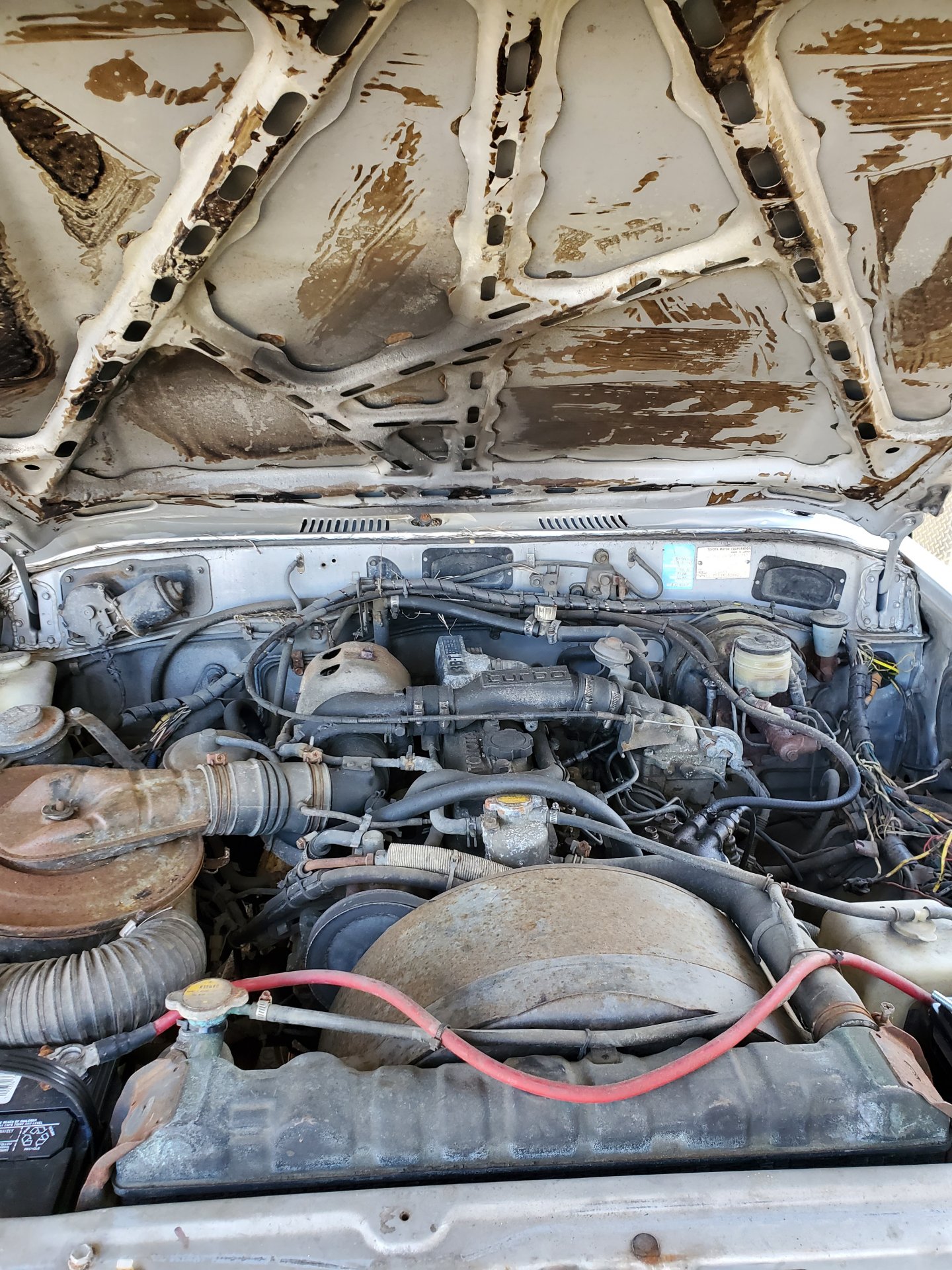 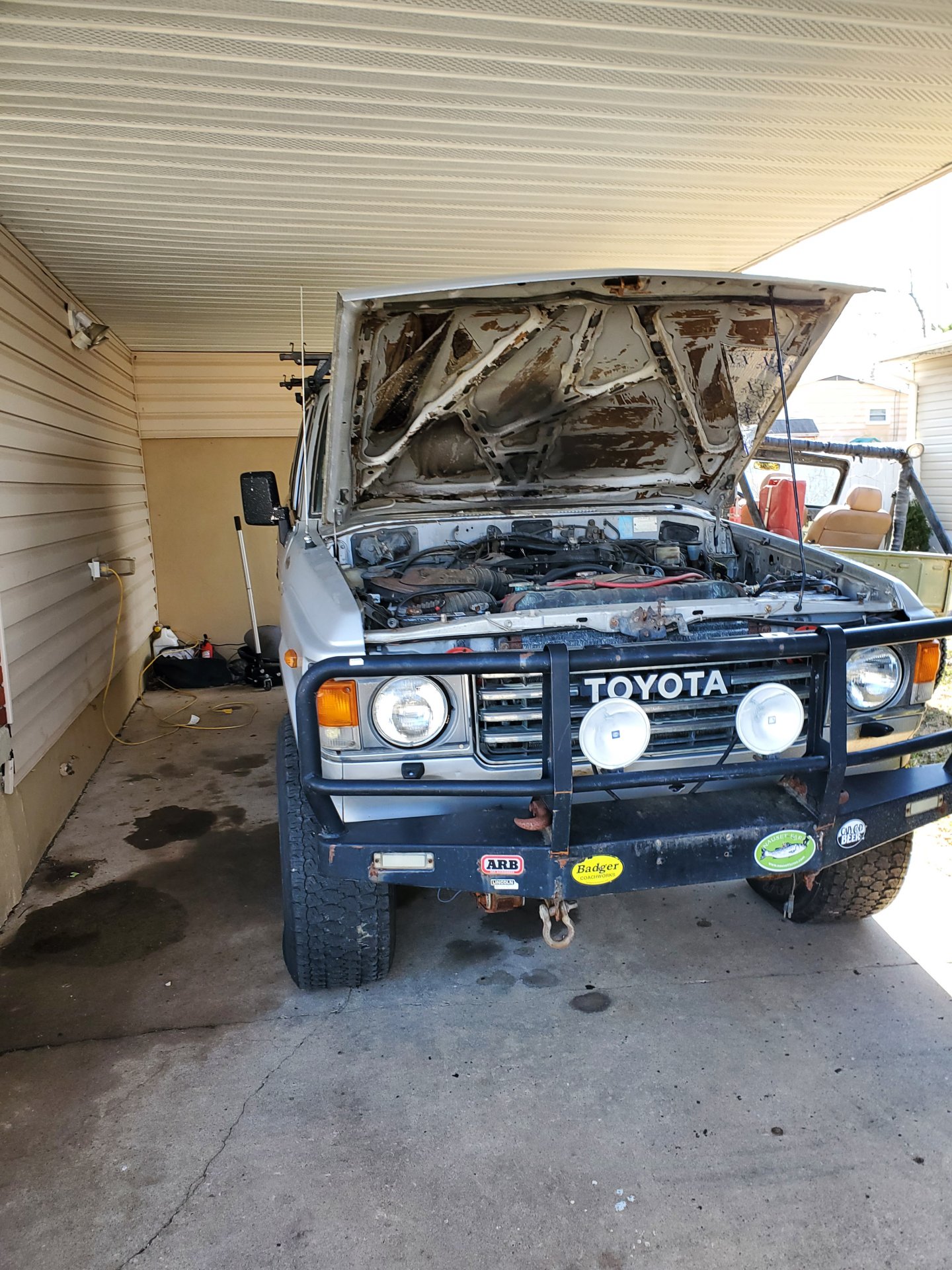 I went out today to make a list of all the things that I know that the FJ60 needs, and it's a pretty long list. So far it seems like it's things that I can do, though, so I'm optimistic. One of the things that I checked was the brake system, as I wanted to get an idea of what was wrong. The pedal would go straight to the floor with no brake action, so I suspected there was no fluid. When I checked the master cylinder, my suspicions were confirmed, as it was bone dry. I filled it, and pumped the pedal a few times to build some pressure, and as soon as there was pressure in the system the fluid shot out of the brake line on the rear axle, towards the driver's side. A visual inspection of the rest of the system suggests that the pads and drums are all in good shape, at least, so once I replace that line and bleed the brakes it should be set. There's some pretty significant wiring issues that I'm working to resolve, though. The only gauge that I know for sure works is the stock tach, and that's one of a pretty long list of stock and aftermarket gauges that are in the rig. The biggest issue I'm running into is that the things that are specifically wired, such as the headlights, brakes and turn signals, and the wiper motor are all acting like they're not getting the voltage they need. The wiper motor runs super slowly, and the lights are all really dim. My current plan is to get a voltmeter and see how much power they're getting, but I'm not sure what could be causing that kind of voltage drop. Any ideas on that from the forum at large?

I went out and did a full walk through today. It's a decent start to a great Land Cruiser, I think. The body and mechanical stuff are in good shape, and it definitely has better bones than the 81 I had, so I'm pretty pleased with it.

I've done just a little bit of work on the FJ60. I replaced the rear axle tube, which has solved my brake fluid leak issue, and I've replaced the tires. I went with 285/75r16 General Grabber X3s. I've had the X3s on several rigs, and really liked how they've performed, and their price tag is nice as well. When I was pulling the old wheels and tires I noticed that the rotors are rusted pieces of junk, and when I took the FJ60 around the block for a test drive (I couldn't help myself) it was very obvious that the only braking power I was getting was from the rear drums. I have new rotors inbound, and hopefully that fixes my issues, but if not, I'm fine with moving deeper into them. 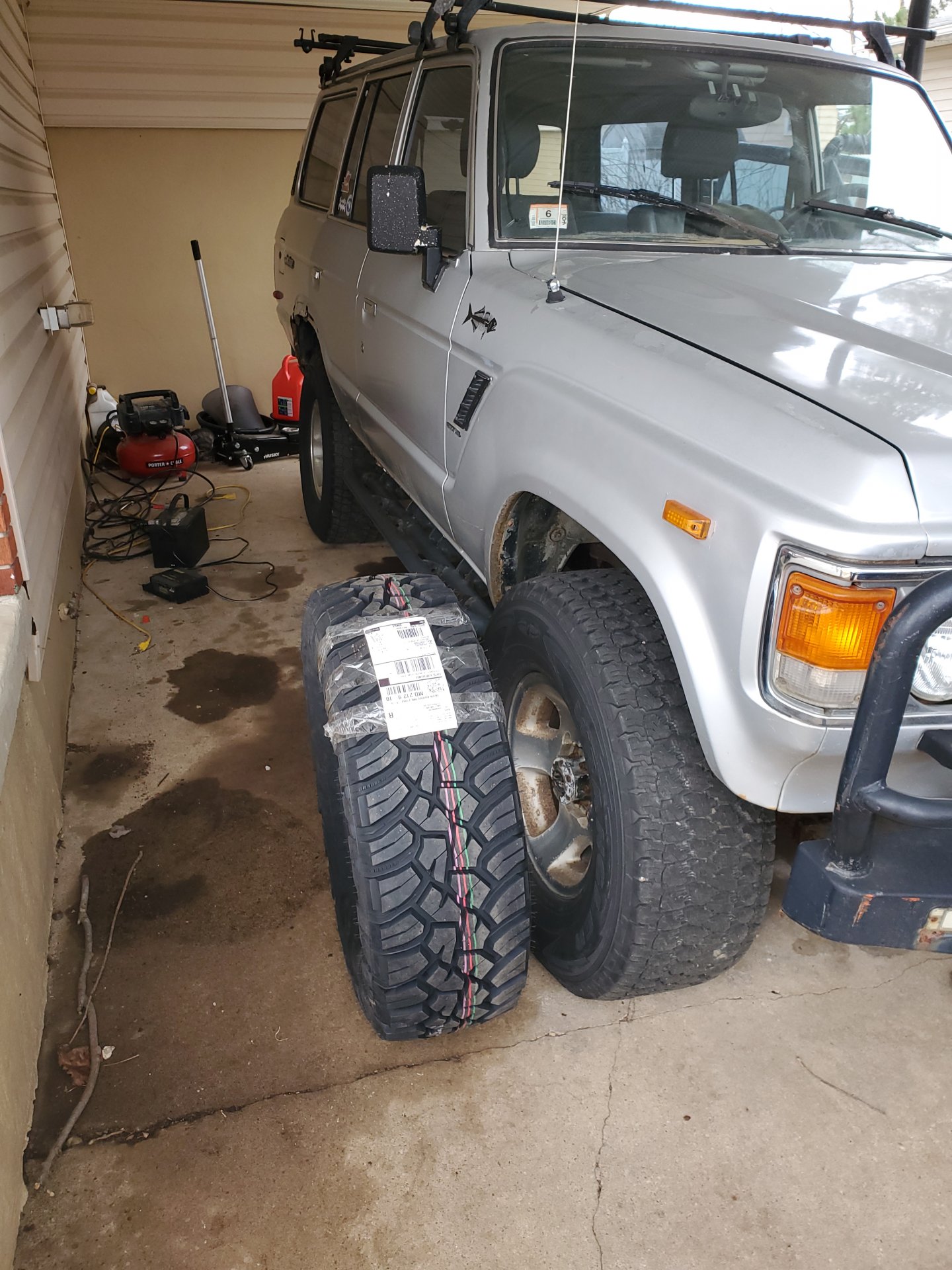 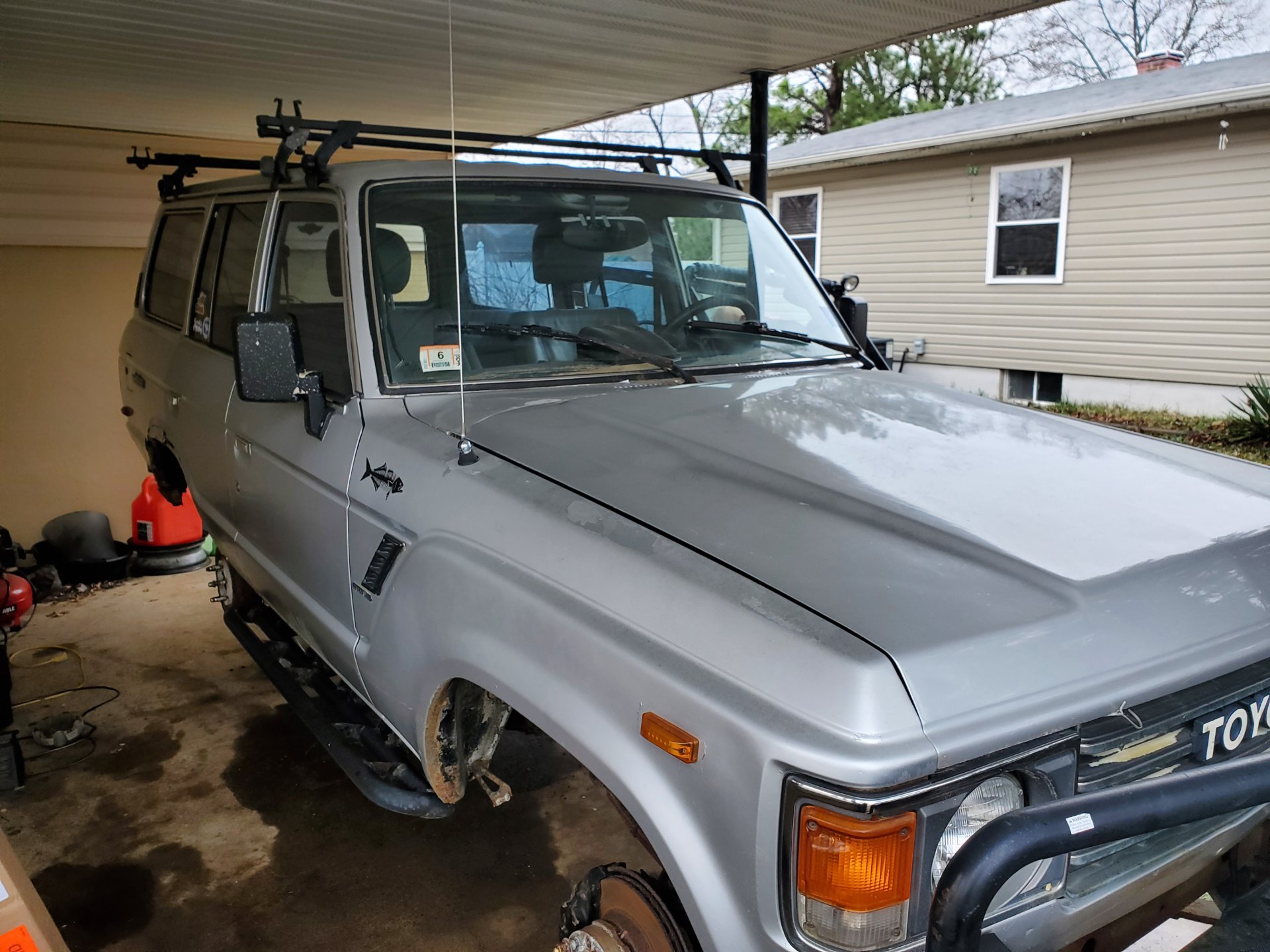 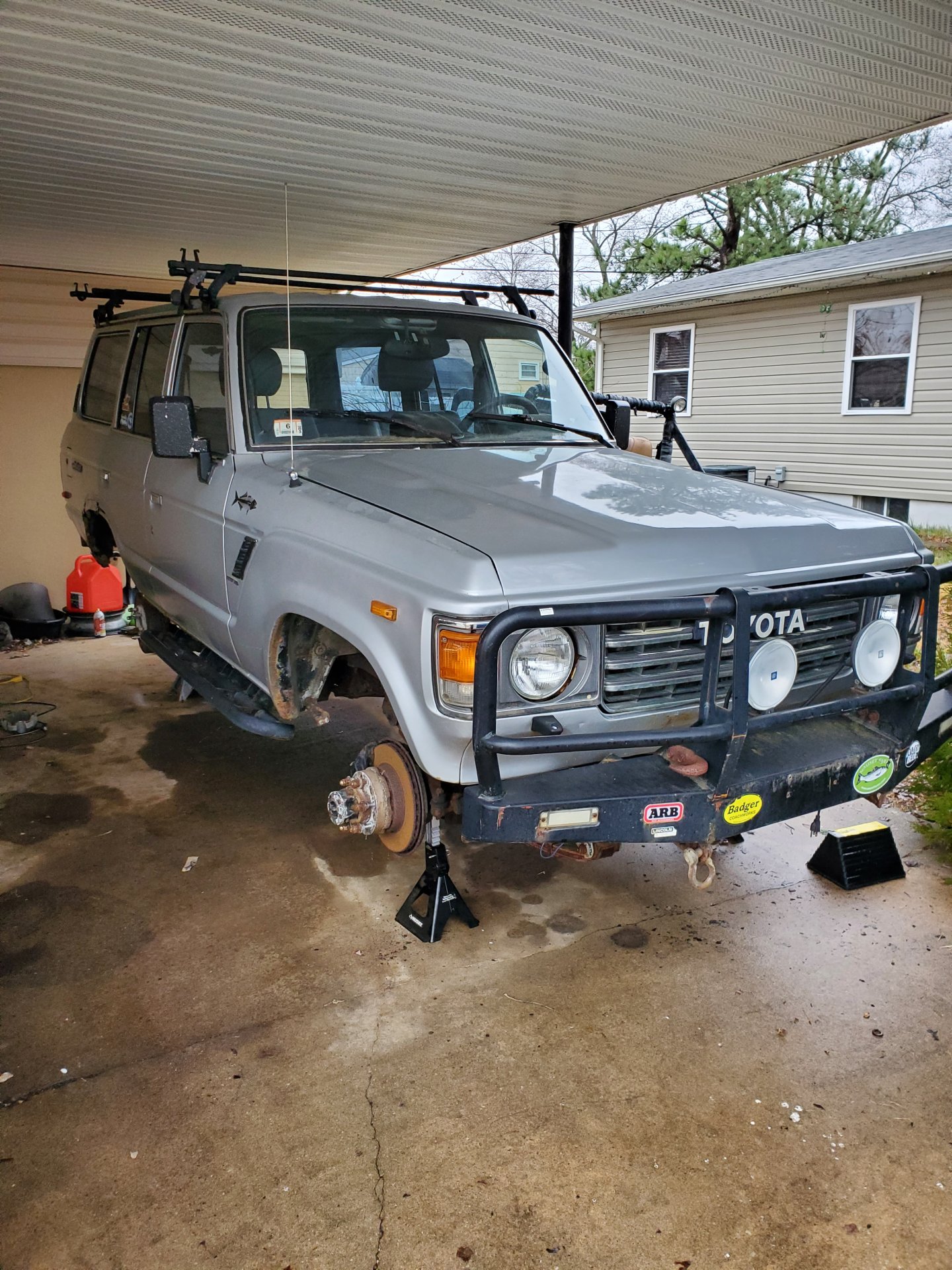 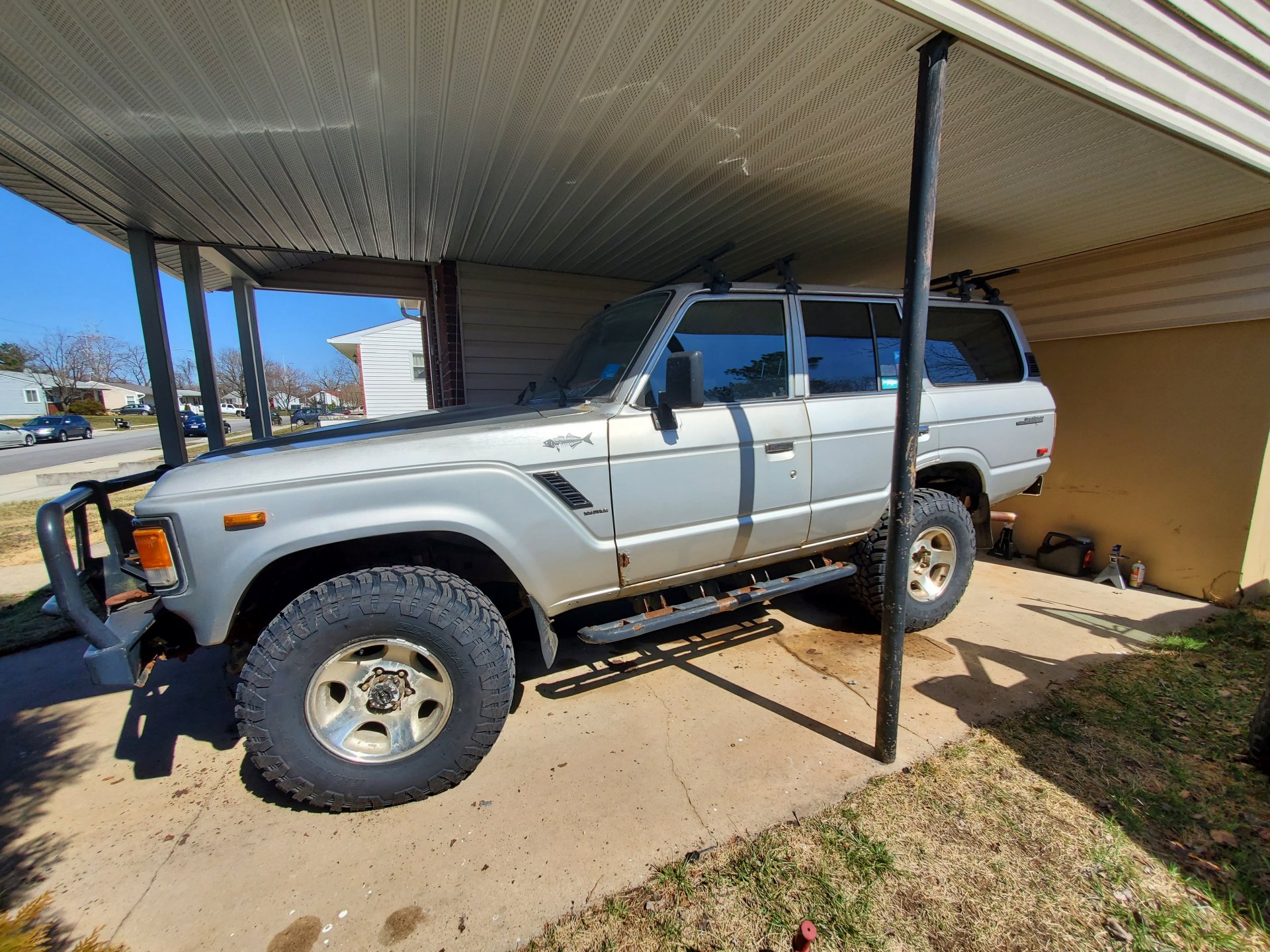