Visit site
My 1975 has no hardtop and I have no tailgate or barn doors whatsoever. I have been looking for a while and have found a set of barn doors from a 1970. Does anyone know if they will fit my '75? I have new rear quarter panels so I will need to drill holes for the hinges, but other than that, will they fit?

Visit site
Without ever having done it, my understanding is that they will fit. There is a feature on the floor of the tub that catches the doors, which is missing from your '75. One might experience spare tire carrier / license plate issues. Personally, I'd rather the spare be behind the driver, especially if it is a '75 model year.

Visit site
I’d go for it, should fit with little to no fiddling .

Visit site
Will at least needs some holes for the extra hinges.

Also, I forgot to mention that on my '75 I open the passenger side door and I have access for cargo and passengers. The latch on the swing-outs is on the driver, and it needs to get out of the way to open the passenger side, IIAC, so for every time access you will need to open the spare tire carrier and the driver swing-out, or replace the latch set-up with a mirrored image one like the latch that holds the '75 and '76 spare tire carrier, or factory soft top tailgate.

I considered the option of a rear steel single-wall stamped 'tailgate' panel as a start for a pair of barn doors for my '75. That way I can avoid the inevitable rust that all these doors have, not hack up a Toyota original part, and place the later type two-lamp style license plate frame and lamp on it. It would look homemade from the inside, but probably quite convincing from the outside, aside from a few details. Plus, if I fabricate it, I can burn in some provision for a door-stay (probably just a removable steel rod), because, on not-level surfaces, or windy days, I can never seem to deal with the one door wanting to close and moving cargo at the same time.

Or an option would be to buy barn doors from Australia or another RHD countries. They are inverted compared to LHD ones.

Visit site
When you do get the barn doors showbus pics I have always liked the barn doors. Pretty sure my dad still has a set and I wanna restore them and get them on our 1980 fj40. But that's just a pipe dream

I have barn doors on my 1980 FJ40 and they fit well. I put them on before the tire rack so I got a pair from a right hand drive truck. I drilled holes and used nutserts to hold them on and drilled another hole in the floor for the latch. I like the doors much better than the fixed panel that I used to have. Here is the only pic I could find of the doors: 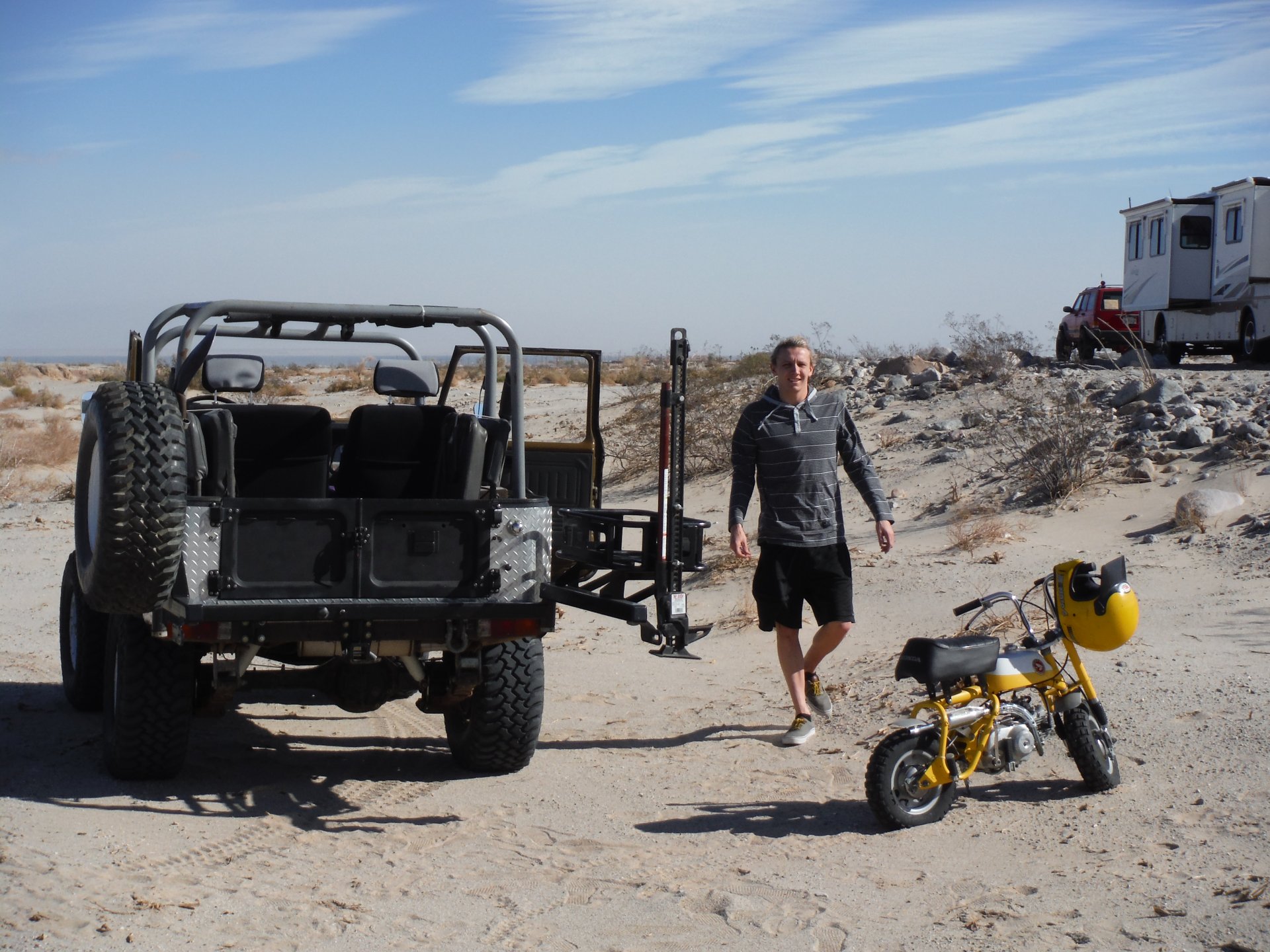 Visit site
Thanks for all of the excellent feedback. I now have a plan. I will post a photo when finished. Thx again, John

flx said:
Or an option would be to buy barn doors from Australia or another RHD countries. They are inverted compared to LHD ones.
Click to expand...


When a friend in Australia wanted to know if I could use anything off this before it was scrapped I said I would take the barn doors. Can use the tops of our rusted LHD door to repair the rust on the bottom. Thought it would be an interesting project. 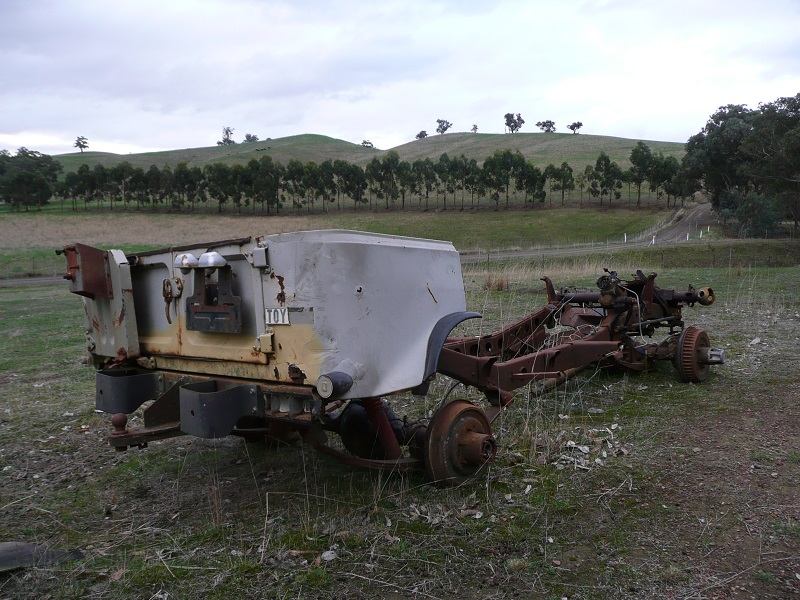 Living in the Past said:
When a friend in Australia wanted to know if I could use anything off this before it was scrapped I said I would take the barn doors. Can use the tops of our rusted LHD door to repair the rust on the bottom. Thought it would be an interesting project.
View attachment 2794113
Click to expand...

Visit site
Only other picture I have. . 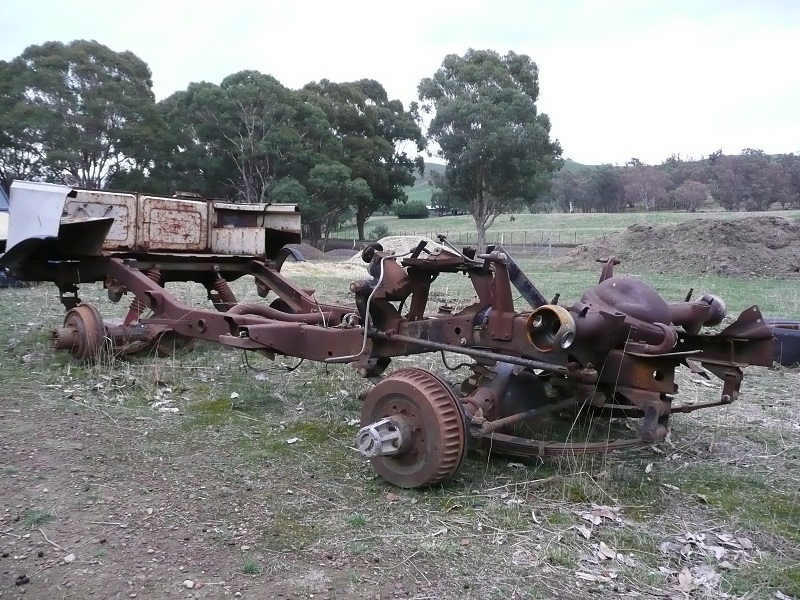 Rust looks manageable. While I doubt I would ever use it having multiple 40s one being a FST. Just thought of a way of adding a frame to the back using the hinge fixed nuts on the sides and fixed nuts for the catch along bottom. Then mount the door to that bracket. It wouldn't require any new holes and being from a RHD would open with the spare still latched.

Visit site
didn’t feel like drilling on new quarters so I welded.

awynne56 said:
didn’t feel like drilling on new quarters so I welded.

Took a while to line up

Visit site
And, for the record, Toyota added the footman loops, but barn doors were never offered with a FST?

Except for the Australian RHD barn doors, which I assume is a '75 or '76 model?

Dizzy said:
And, for the record, Toyota added the footman loops, but barn doors were never offered with a FST?
Click to expand...

To my knowledge they were.
If I remember correctly there are 3 different types for soft-top versions:
TPB: barndoors + soft hatch
TPC: soft ambulance doors
TPS: tailgate + soft hatch

Visit site
I have a 62 FST tub with barn doors. It's LHD.
You must log in or register to reply here.