Hey, everyone. Just joined the forum - what a great resource. Hope I can contribute my share as I learn more. I recently bought an April ‘71 FJ40 (first LC). In the process of fixing up and I bought angled jump seats, which I think are a little later than my model. I couldn’t find mounting holes for these so maybe mine never have any type of jump seat. I believe that year never had jump seat belts. I bought aftermarket ones. Anyone have a good pic of recommended places to install these? Hoping I’m not the first to try and figure this out. Not sure if there’s a good or bad spot to install these. I did some searching but didn’t see anything. Of course still learning the ropes here. Thanks in advance for the help!!!

Not sure if this helps: 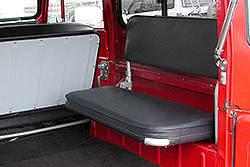 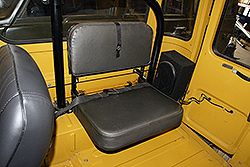 picture of rear seats from Specter Off Road

Thanks. SOR is a good resource. I did find these pics last night from Squinty20, which show more specific placement for seat belt mount locations:
Post in thread 'Yet another JUMP SEAT query!'
Yet another JUMP SEAT query! - https://forum.ih8mud.com/threads/yet-another-jump-seat-query.61077/post-697513
. Reattaching here in hope it makes it easier for the next person on this quest.

PDurham said:
Thanks. SOR is a good resource. I did find these pics last night from Squinty20, which show more specific placement for seat belt mount locations:
Post in thread 'Yet another JUMP SEAT query!'
Yet another JUMP SEAT query! - https://forum.ih8mud.com/threads/yet-another-jump-seat-query.61077/post-697513
. Reattaching here in hope it makes it easier for the next person on this quest.
Click to expand...

Actually…I think those are mounts for jack items!…

I have a 2/73 FJ40L-A (factory soft top). It has a bunch of extra holes added and a small amount rust in the back corners. It's hasn't been registered since 1988. The rear jump seats were removed for a home made roll bars and Bondo used to fill the holes. Filled the holes for the jump seats and brackets for the jack handles. It also filled an SAE welded nut on the top of the wheel well that is in the middle of the jump seat. A second SAE welded nut on angled part on the wheel well. I show 7/71 the first rear seat belts. Second version was 9/71-1/75. The second version covers both long and short jump seats. That and the welded SAE nut in the middle of jump seat supports the seat belt was only for one person. Padded dash, disc brakes, roll bar, emissions and seat belts were for the most part market requirements. Doubt a shared seat would meet any safety requirements. Figure the 40/60 bench seat only had two seat belts, why not a single seat belt on a long jump seat. 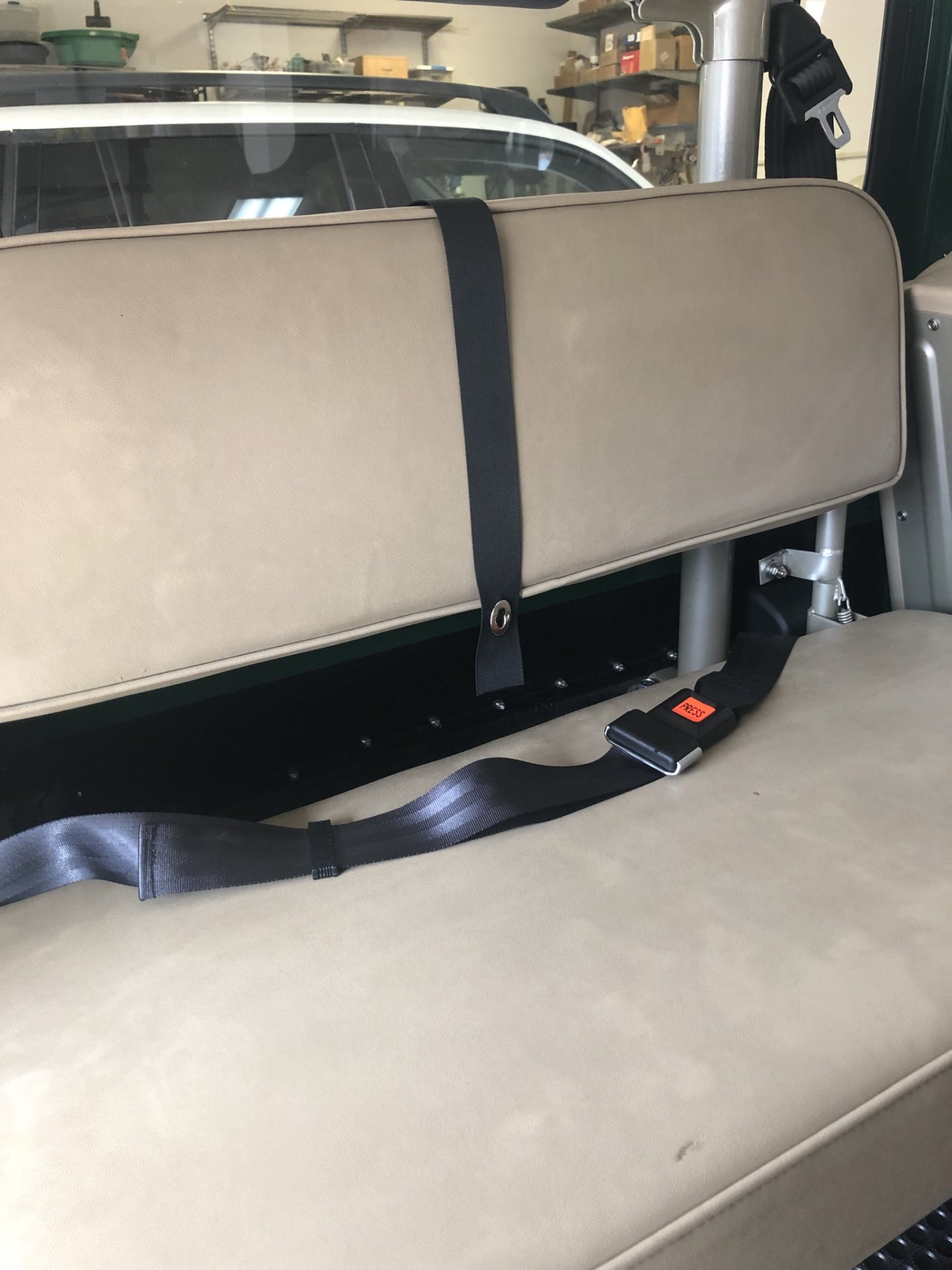 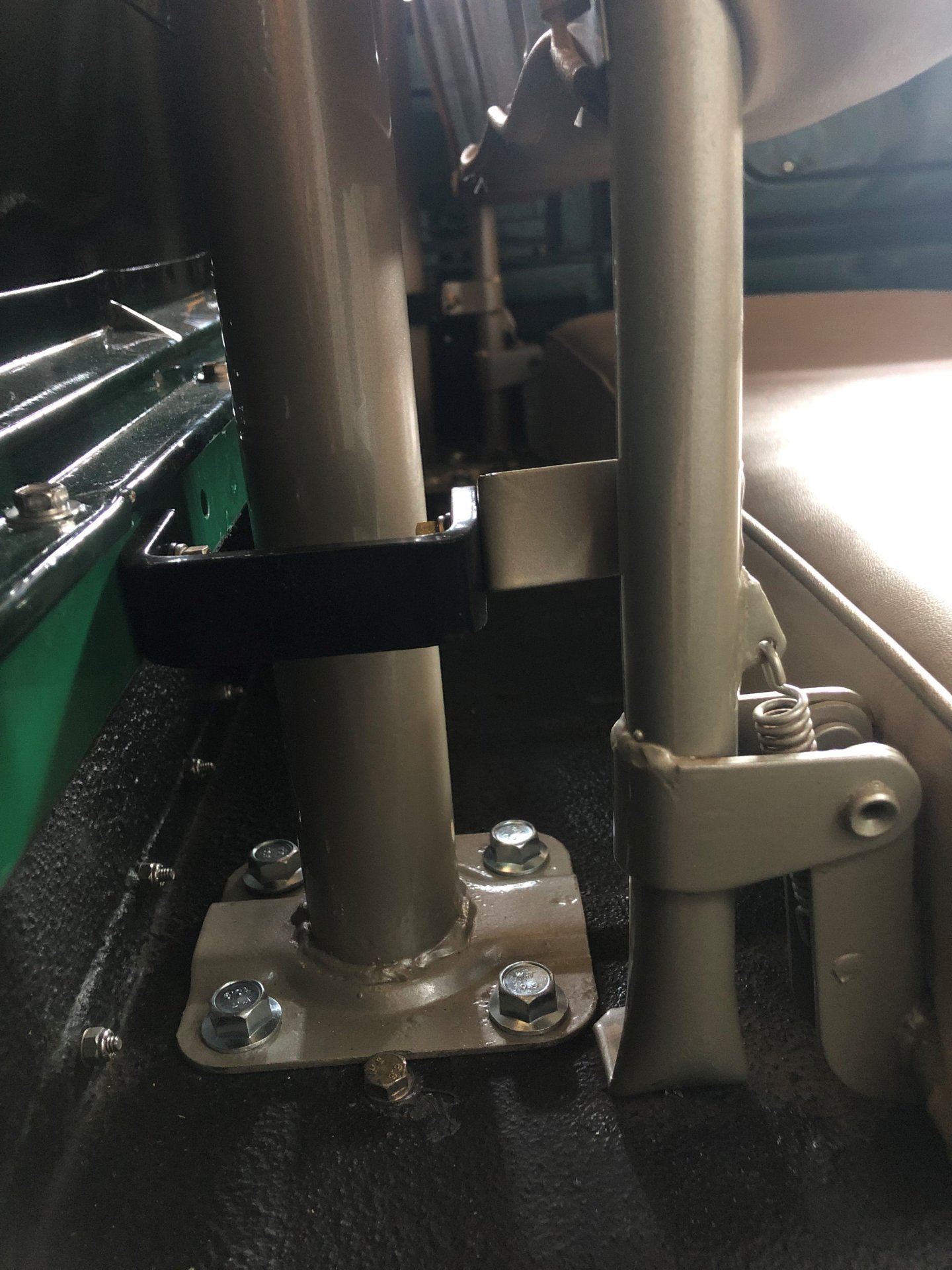