Alright folks, I am pretty new to this forum gang, but I feel like after looking at a lot of cool FJ40 threads I couldn't leave mine out. I have a 1971 FJ40 that has a pretty awesome back story. I started this build in Spring of 2018, but the story starts well before then. My family has done mud drags in the state of Alaska for over 30 years, so we are no strange to off road rigs meant for mud. My family's first cruiser was a 1975 FJ55 wagon, which was already set up well, but to run 44" tractor tires we threw a set of Dana 60's under. We also put in the Chevy mated transfer cases, which then made this thing crawl like no ones business. Anyhow, back to my 40, a very good family friend who we raced with for years bought this 40 with the intentions of building it into an awesome trail rig. Well as a little time went on he realized that at his age he didn't have the time or drive to build it.; this is where my family steps in. He told my dad that if we hauled it we could have it, and that there was a parts cruiser still sitting at the property he bought it from. So, we went and picked it up and the parts rig and started planning. Our original plan was to build the truck up and make it a reliable trail rig and give it back to our friend...Bob. We started to build the truck probably around 2011, which didn't have a motor, so we decided to take the 2f out of our wagon and transplant it into the 40 which we now called "The Bob". Around 2013 we decided to sell our shop which we also lived in and moved to a smaller set up. Unfortunately, my dad lost a lot of shop space and we didn't have a garage for some time, so The Bob got pushed to the side and sort of forgotten about. This is where I stepped in and asked if I could take on the build after seeing it sit for so many years. With the passing time our friend Bob's health wasn't doing great so we decided that he probably won't ever use the truck once built. He still to this day doesn't know that we were gonna build this truck and I still plan to surprise him with it and show him all the work I have done to it.


Ok I will do my best to put these pictures in chronological order from when I took over the build.


So this is the beginning of the build was to get the engine mounted and get a new distributor because the stock one had finally given out. 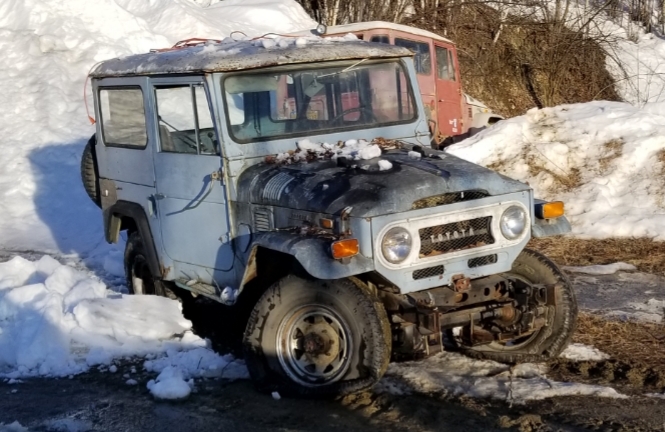 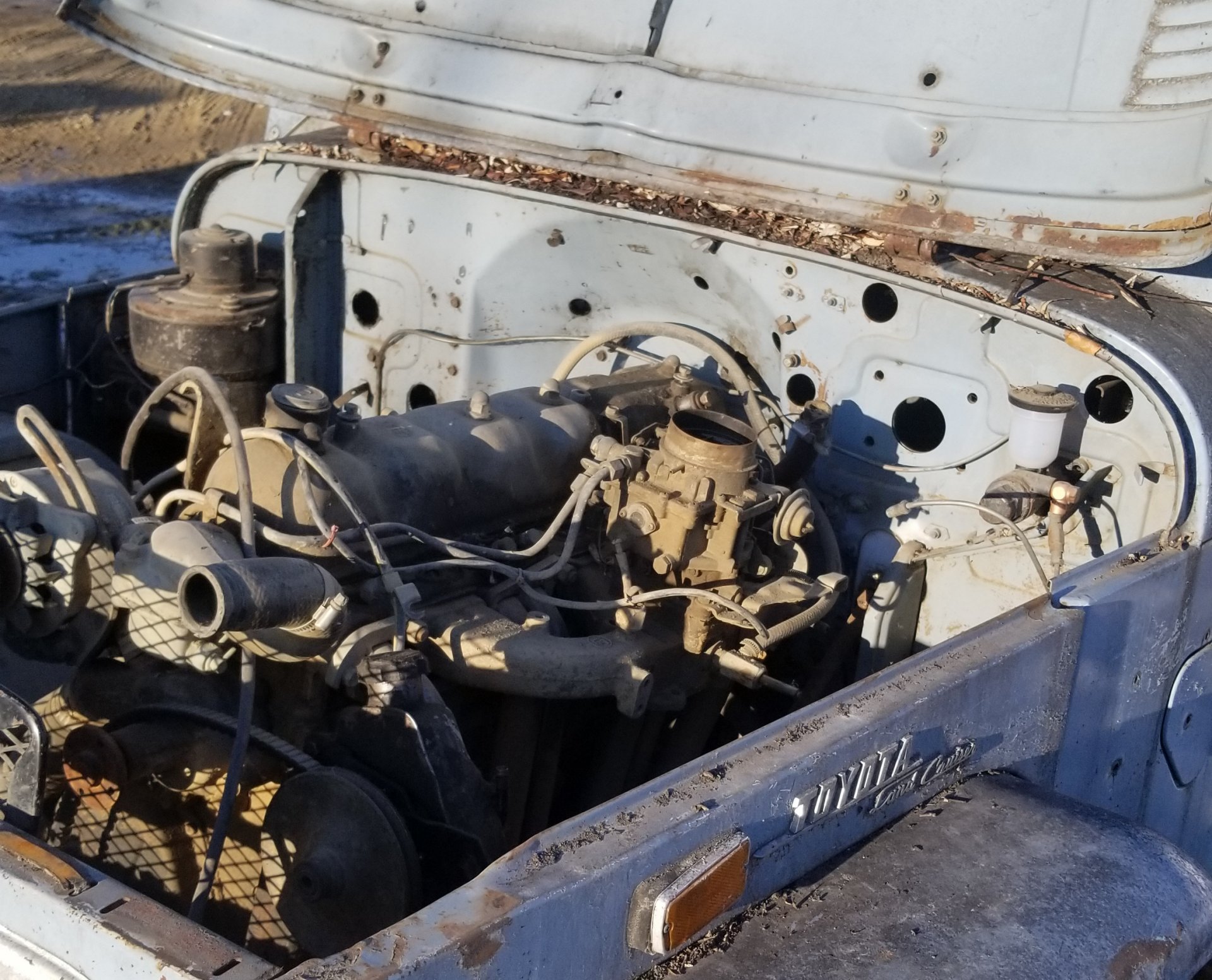 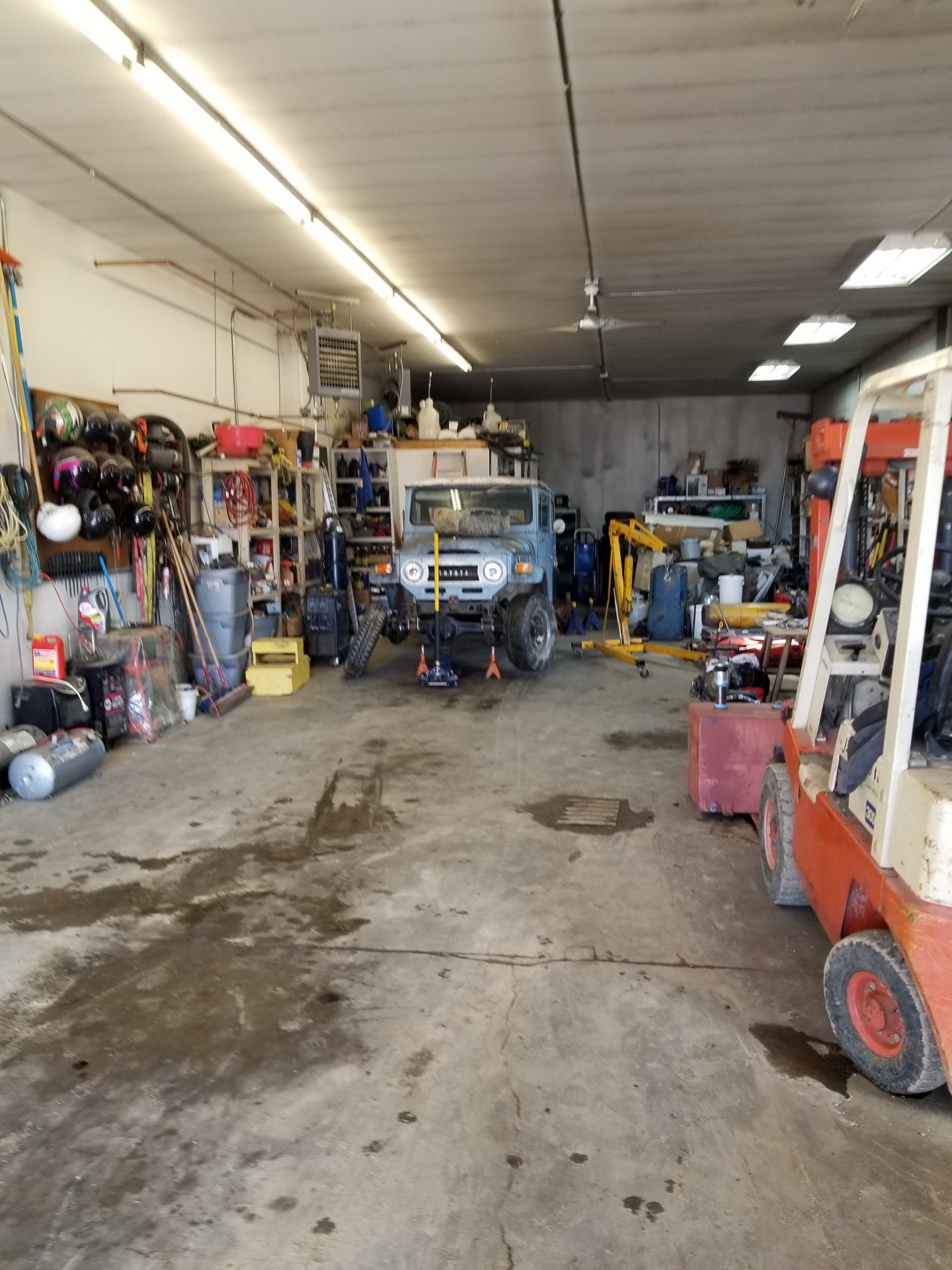 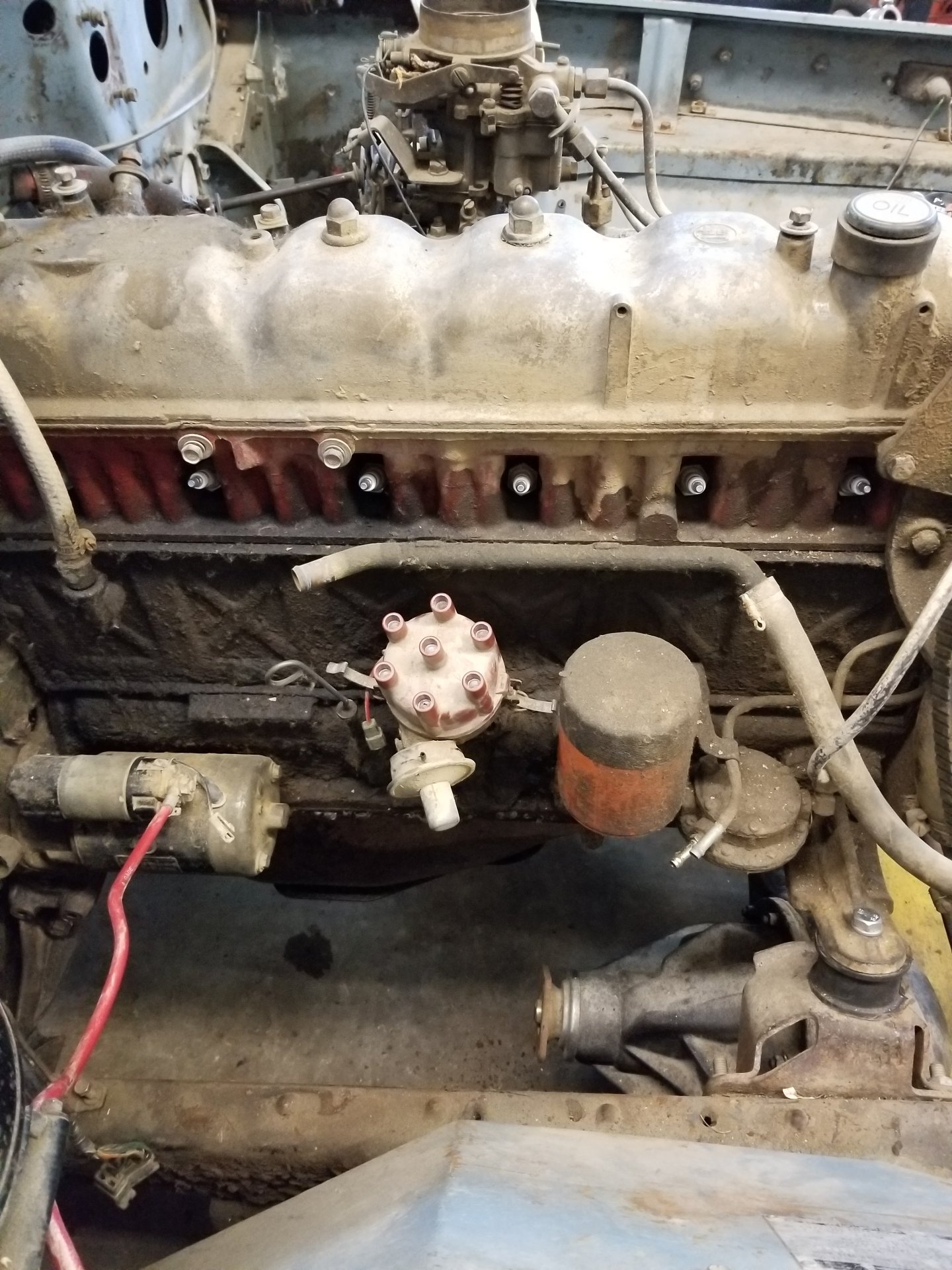 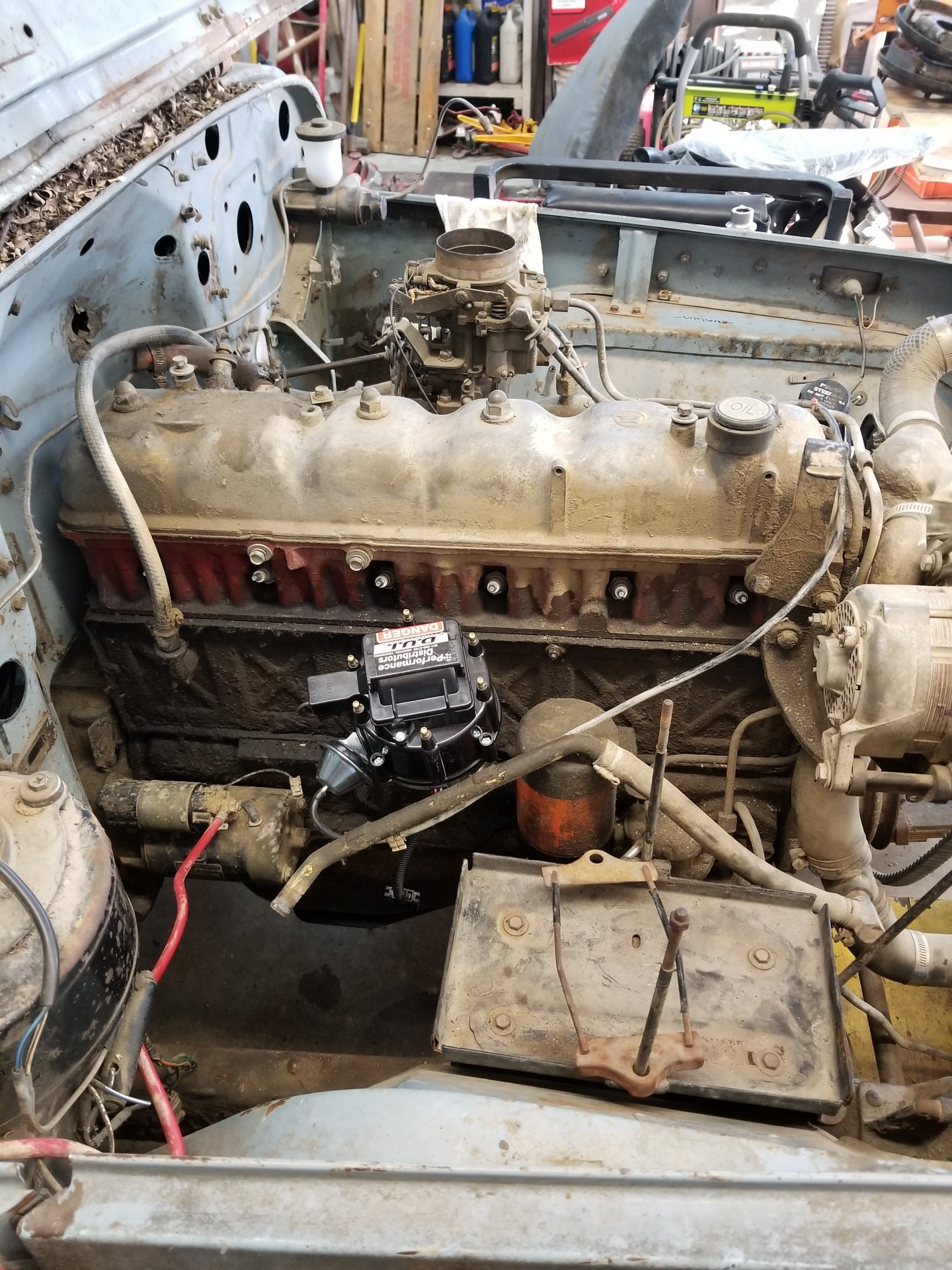 So the next part of the build was to mount the radiator and other engine bay necessities, such as getting a new carb and running all my linkages. Also, I had to get the trans tunnel to fit with the dual stick conversion for the T-case. We were also running hydro boost and Chevy power steering so I had to get all those lines built and ran. The last part of this section of the build was the spring over conversion. 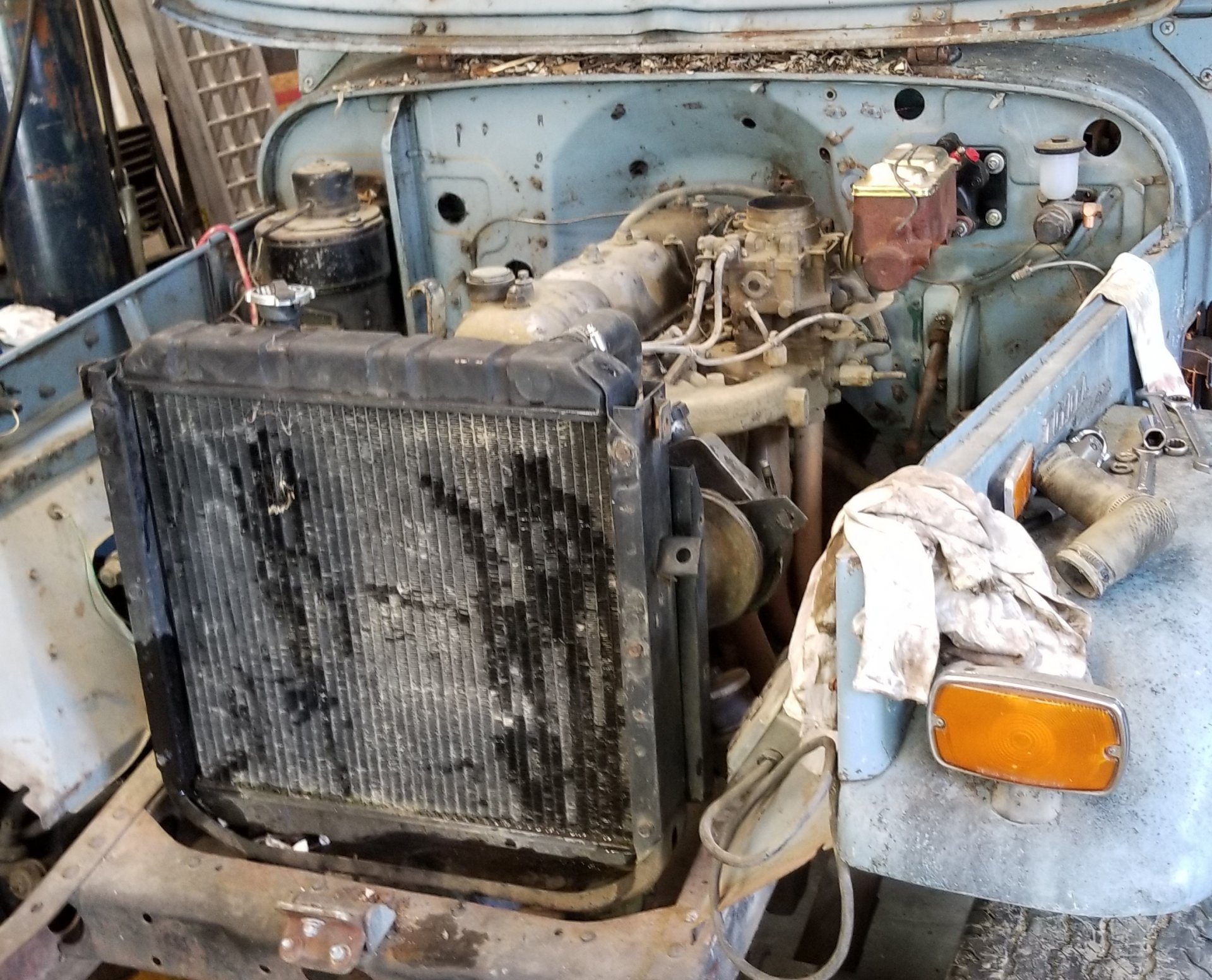 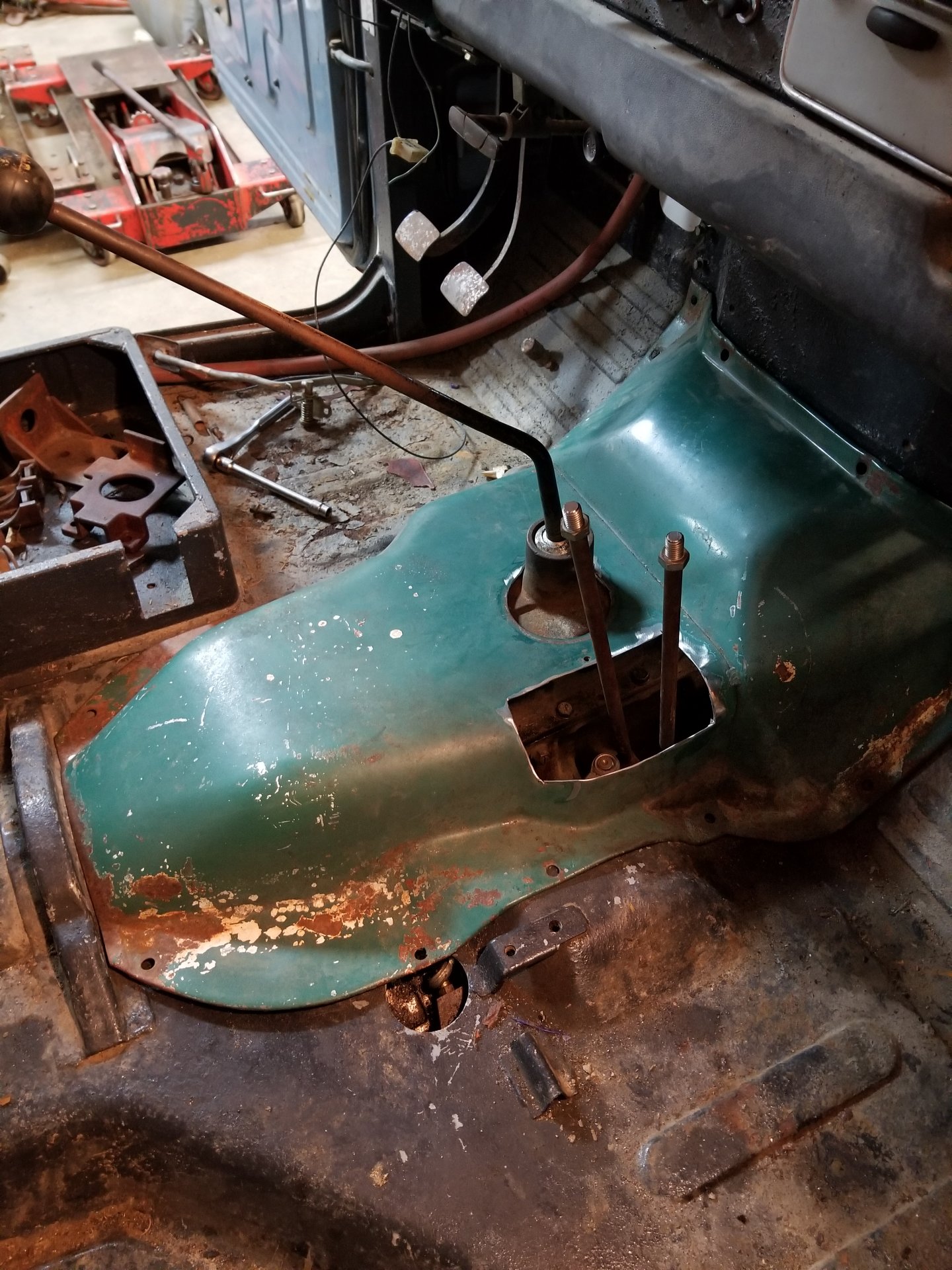 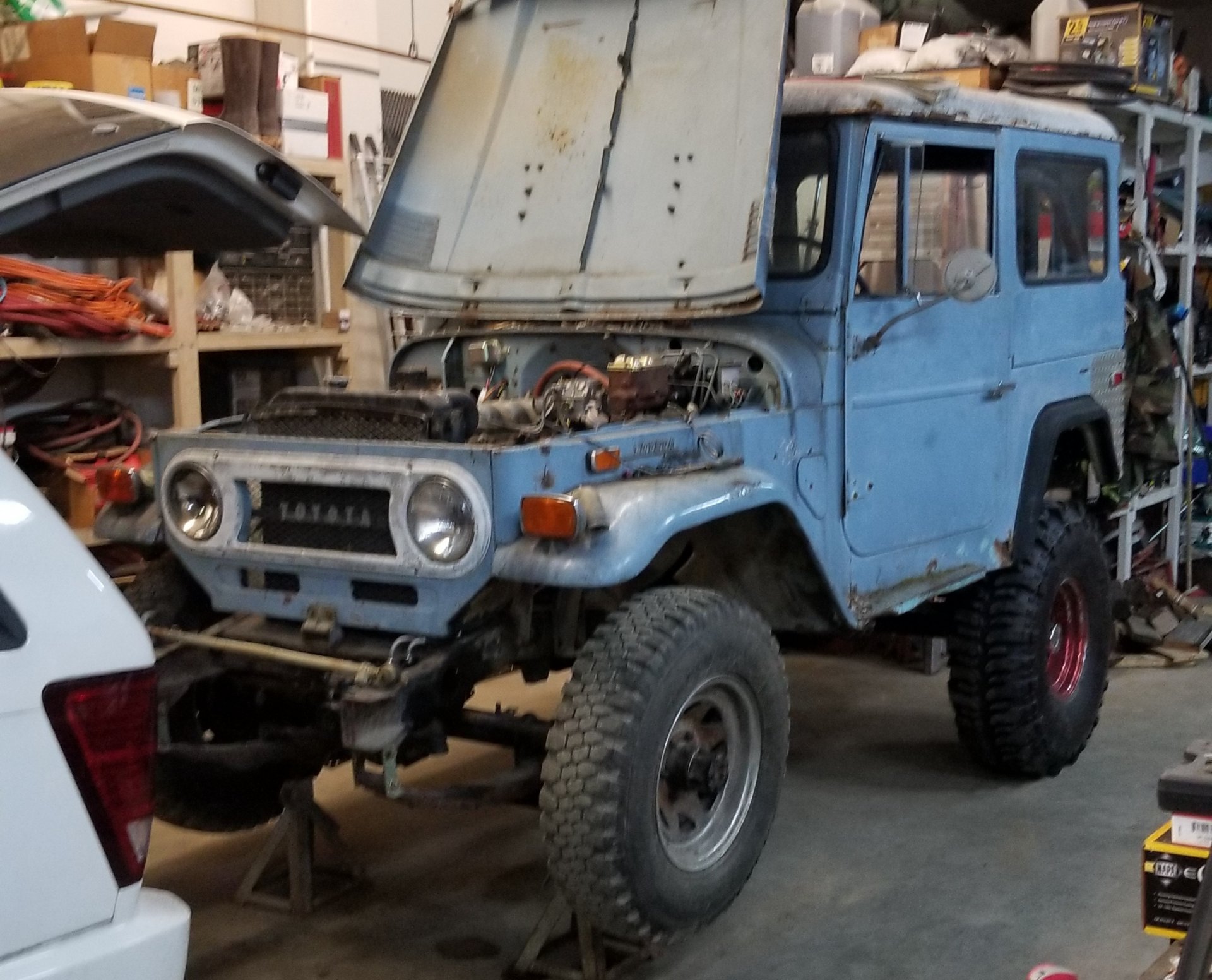 This part of the build I moved the cruiser from my grandfathers shop up to my parents house. After the spring flop and getting the cruiser moved (which with only the rear drum brakes it was a little sketchy getting it on a trailer), I took a break from it for a while. I did however clean her up a little bit. 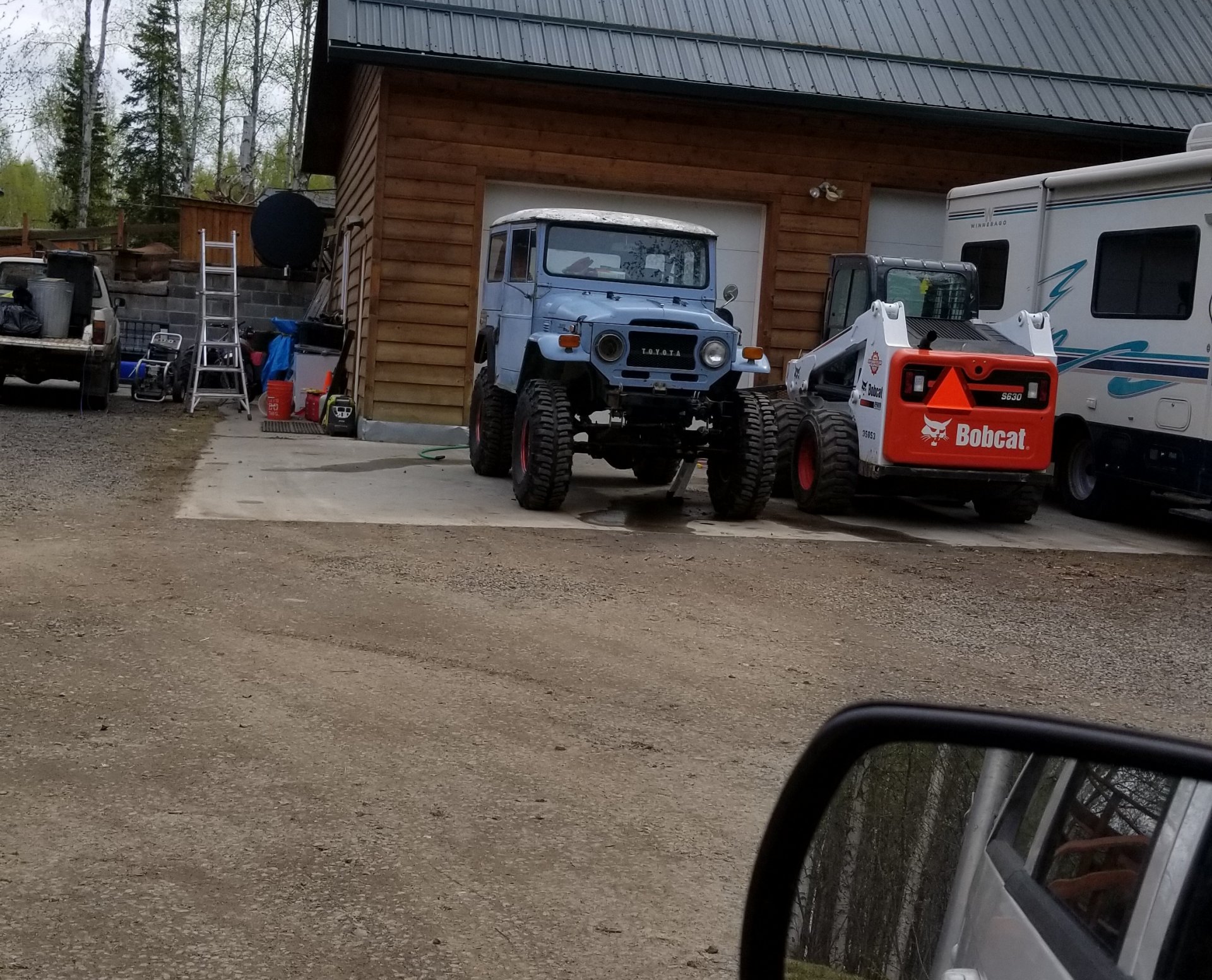 I just recently started working on The Bob again in the last couple of weeks, I struggled getting it to run properly with the carb I purchased. So last week I took the leap and put a Holley Sniper EFI kit on it. Let me tell you, the kit is worth its weight in gold! The truck runs better than ever and now I have a complete engine management system that tells me temp, O2 readings, rpm, and a plethora of other things I have yet to dive into. I also am finally running the front brake lines to the disc brakes that we put on it from a late 70's FJ40. As I get the Bob further along I will keep updating this thread. Thanks for reading folks! 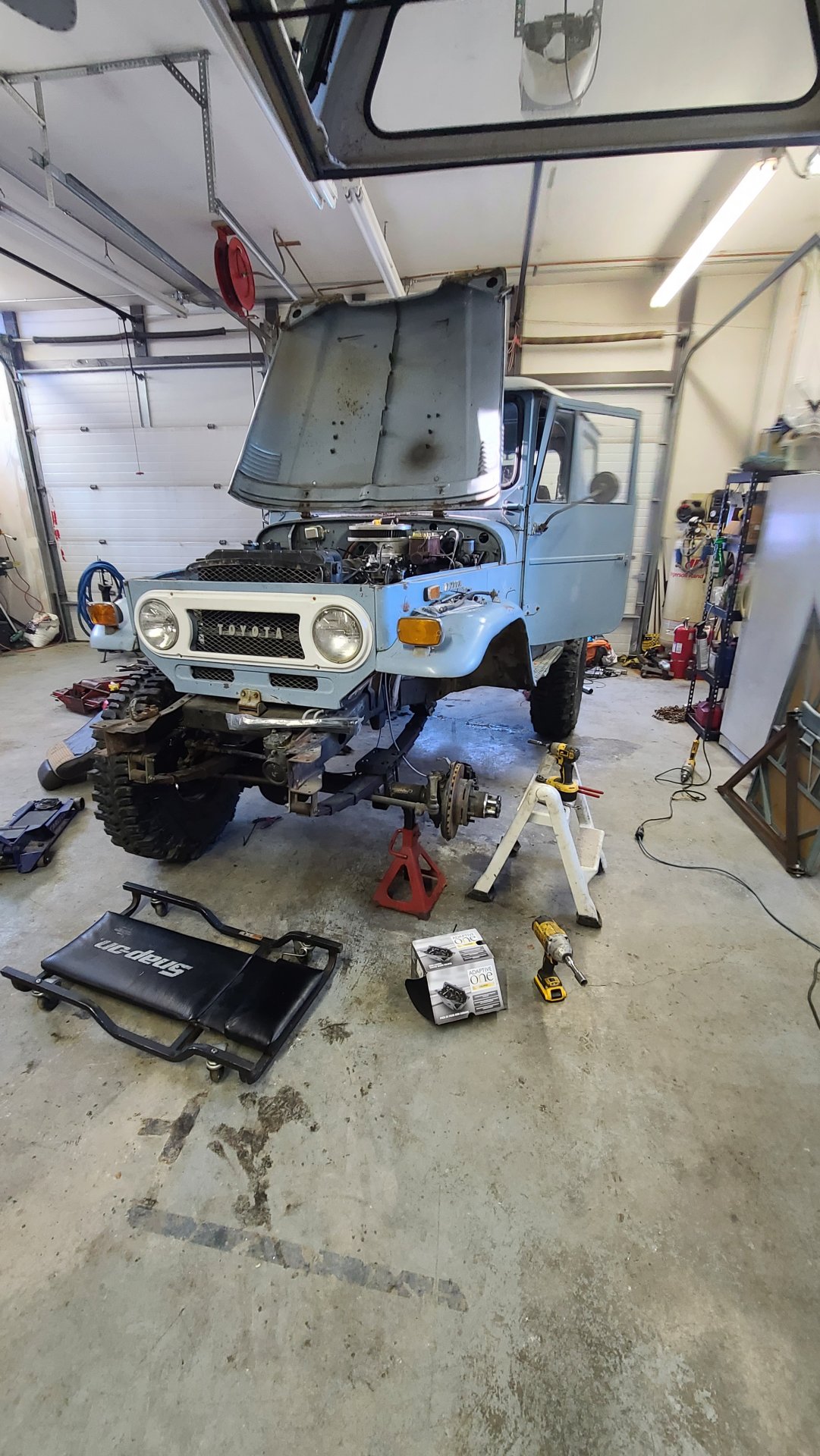 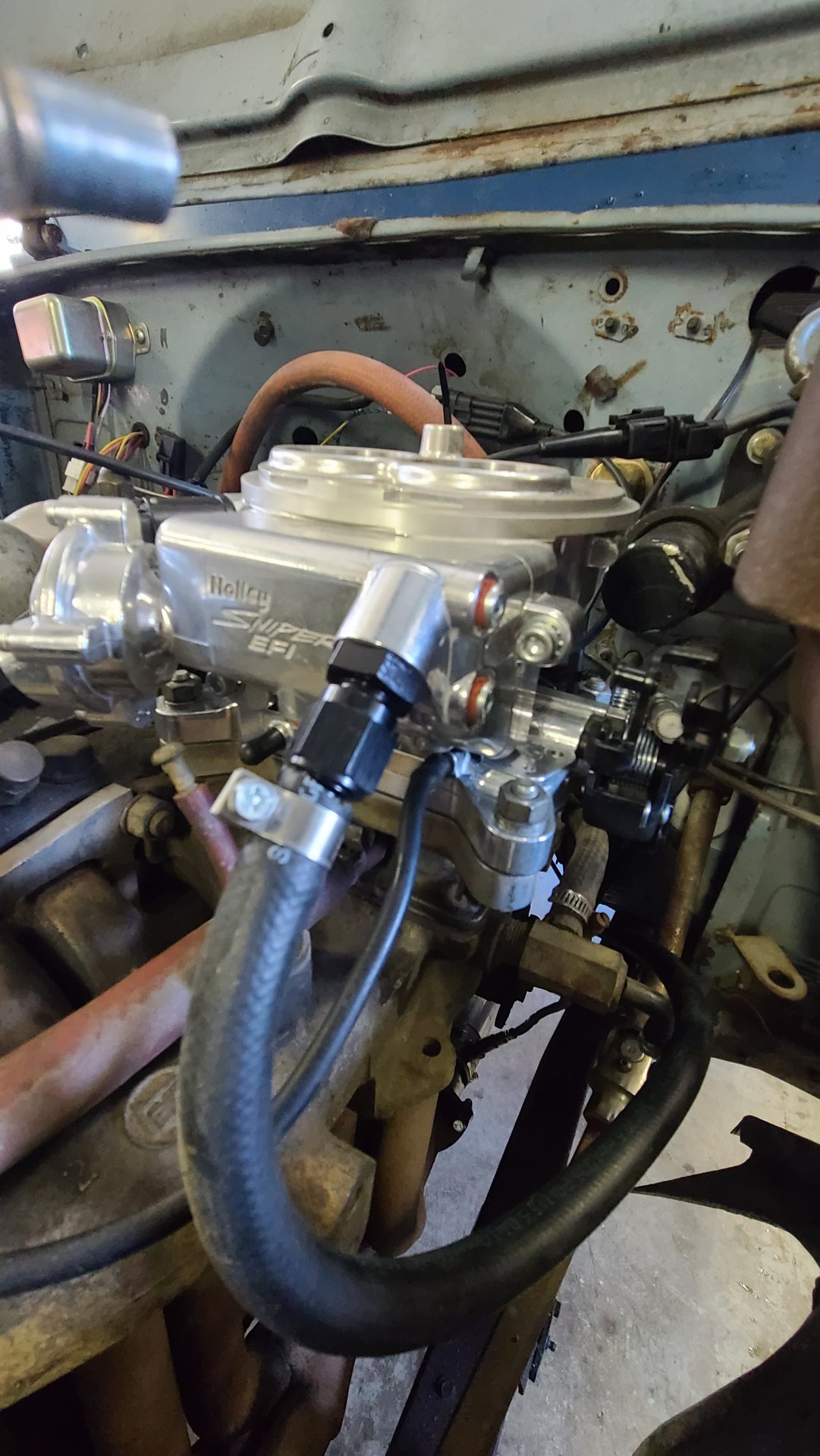 Transmission sheet metal hump for my 1971, who sells it?

Apr 4, 2021
gmac1
G
J
Anyone know of a self voltage regulated bolt in alternator replacement for a 1971 FJ40? My stock alternator is dying and underpowered.