Hey all—Bought this locally from a guy who wasn’t able to complete. Rough but quite original and everything appears to be included, some assembly required. Also came with almost all the needed sheet metal and was a running/driving truck when torn down.

Goal is to put it back on the road in solid condition. Not sure how meticulous I want to be about bodywork, leaning toward keeping as much of the original paint as I can and making it a reliable driver with no further modifications.

I will need some help and likely some reminders not to try to turn this into something it isn’t. 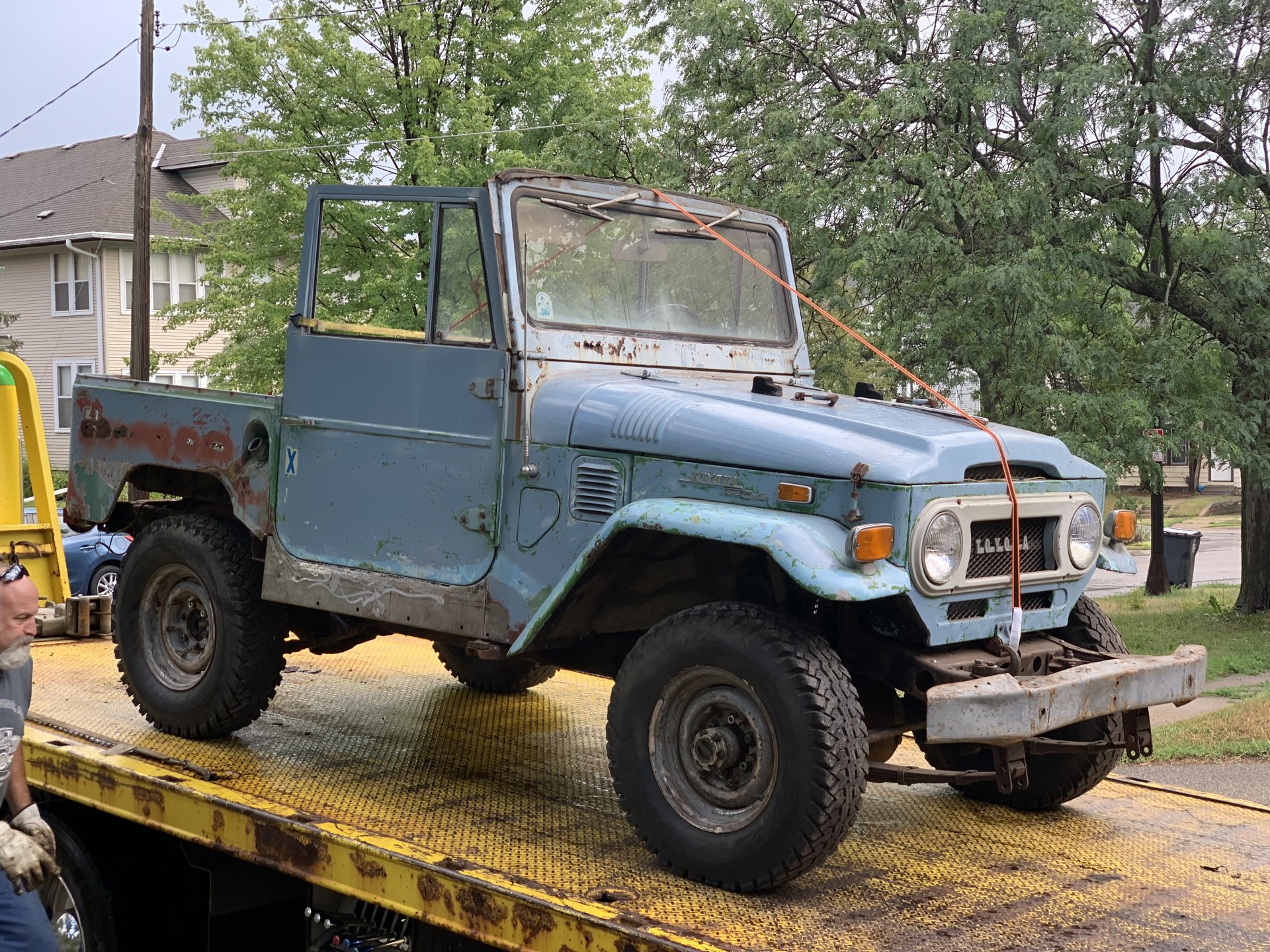 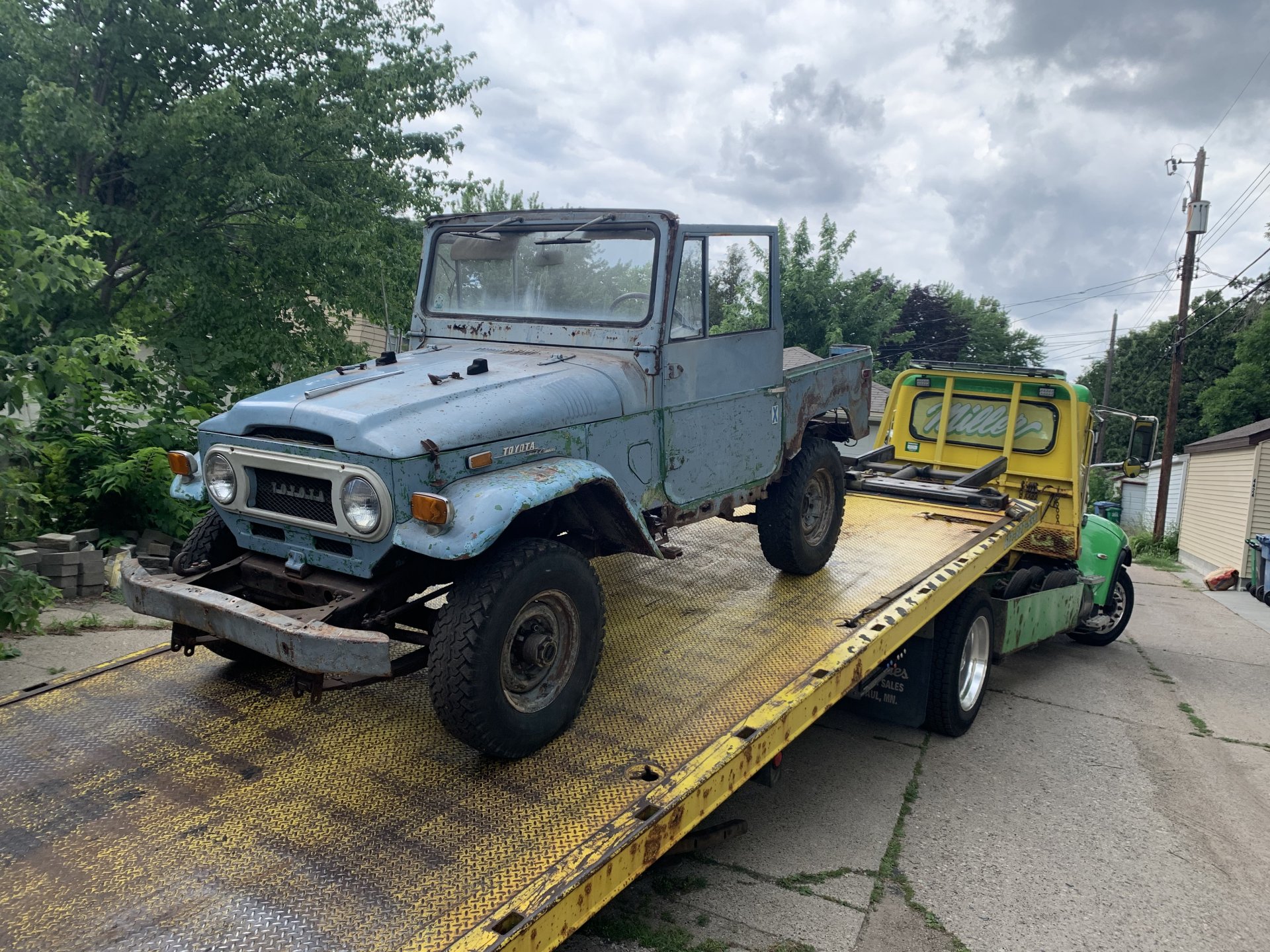 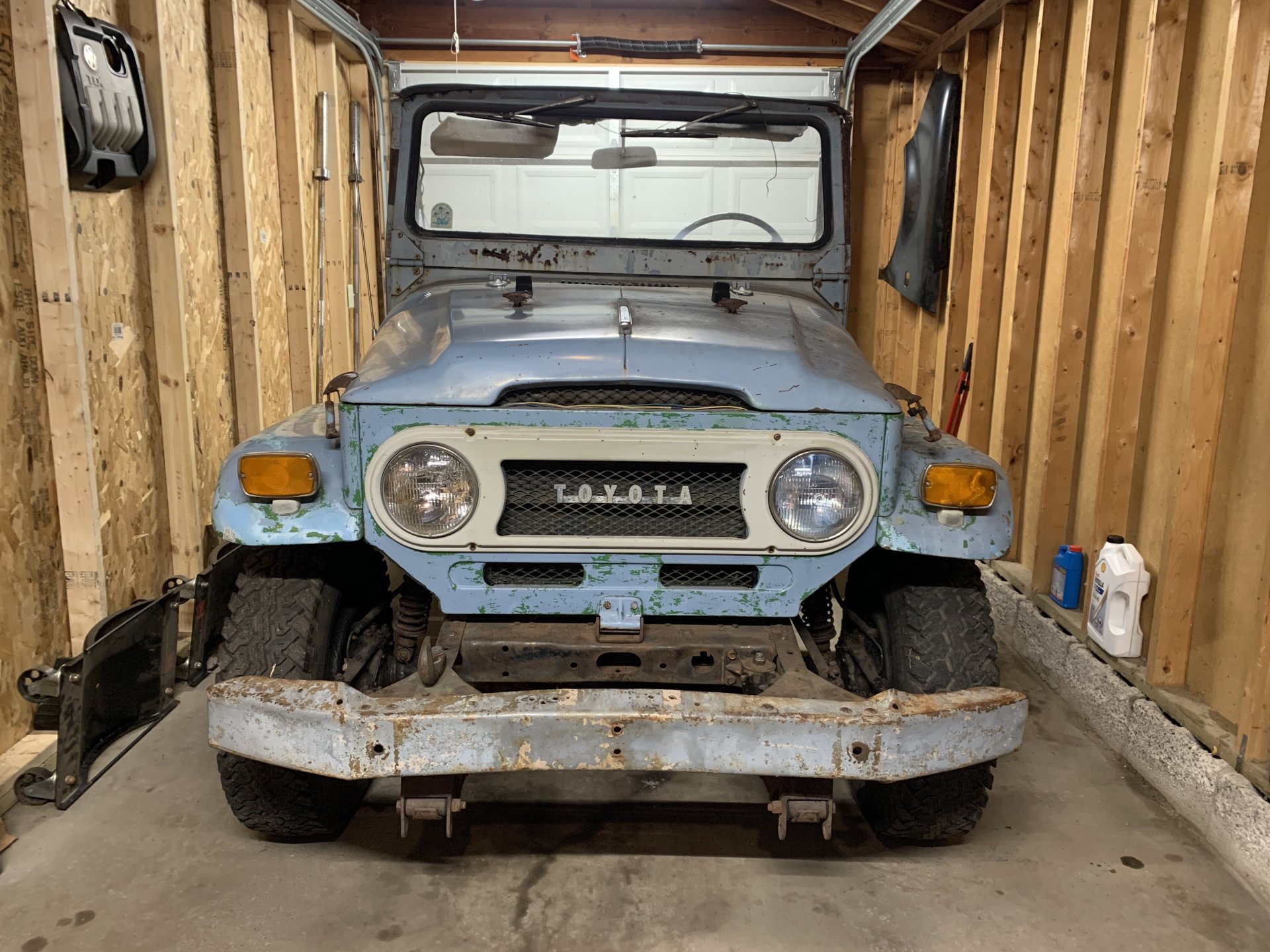 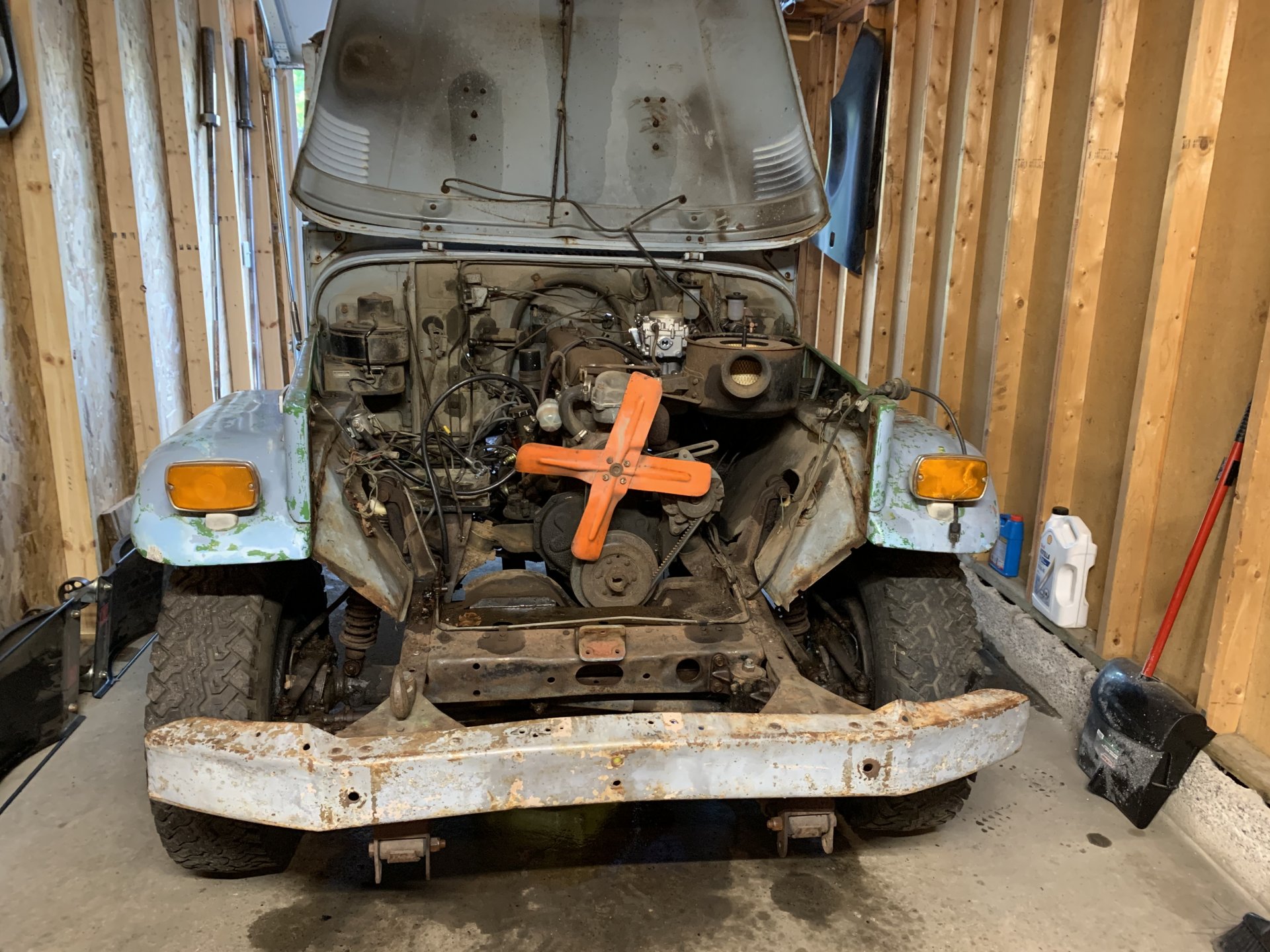 Pre-teardown photo from the prior owner. I really like the (home-made) roof rack and plan to keep it. It has the remains of a roll-out awning on one side, too. 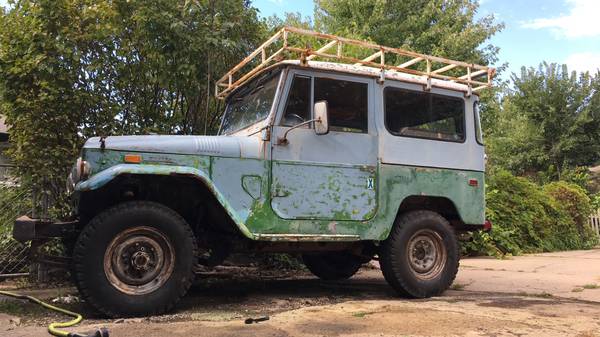 As you can see from the first post, I have the front end apart. I got the bumper off and straightened it in the bench vise. I smashed my finger between a breaker bar and the bumper removing one of the top mounting carriage bolts--it let loose on me and the bar moved at approximately light speed, stopped only by said finger and the steel edge. Haven't had anything hurt that much working on junk in a long time.

First question: what in the world is this handle on the dash? There was a plow on this at some point based on wiring remnants and a big chunk of steel bolted right behind the front spring hangers (rearward side, it looks to have been done well), plow control? What gives me some pause is that the bolts on it look like Toyota parts to me.

Also a shot of the straight(er) bumper and the radiator, which is in nice shape save for some bent fins which I’ll sort out later. 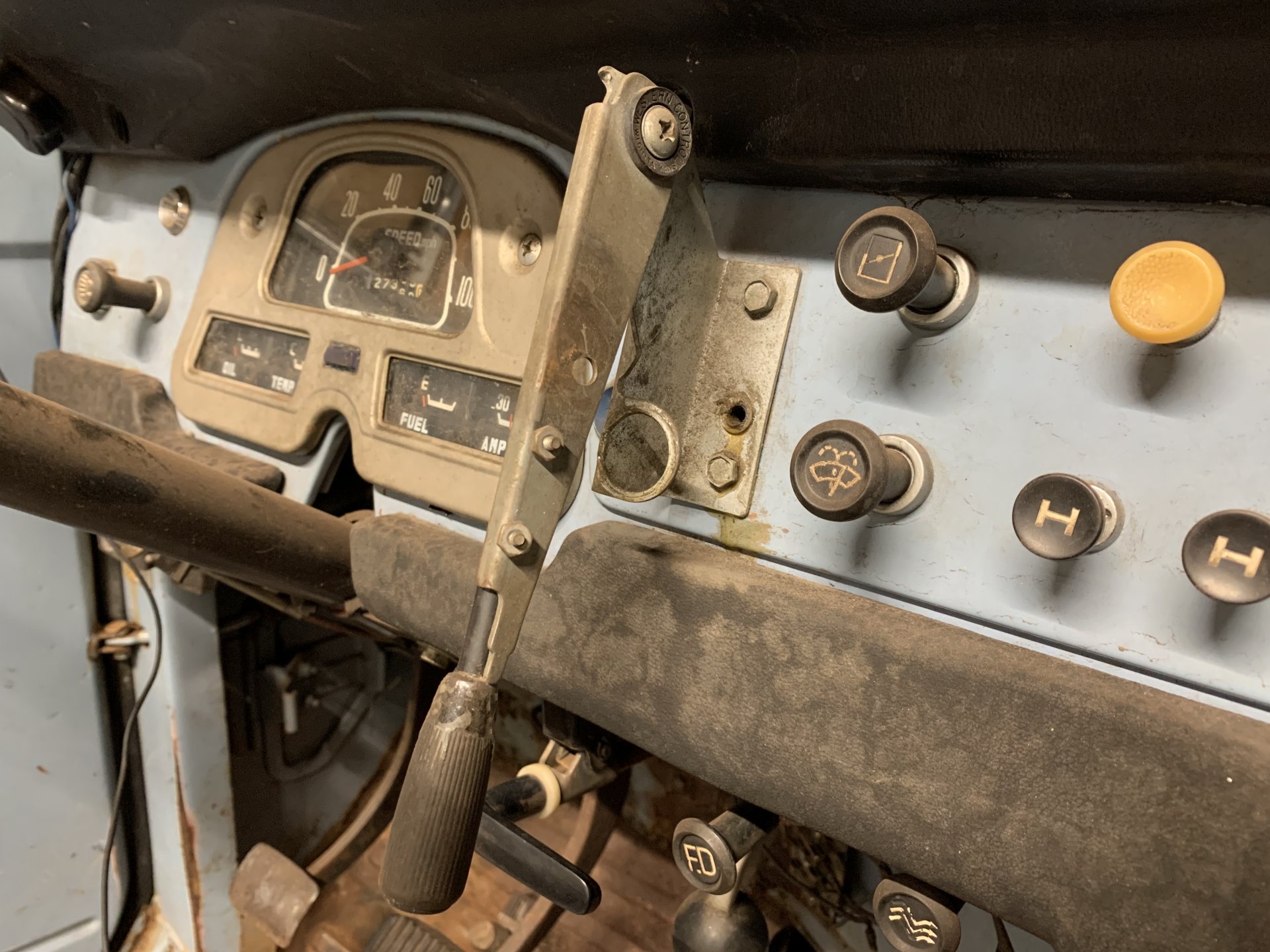 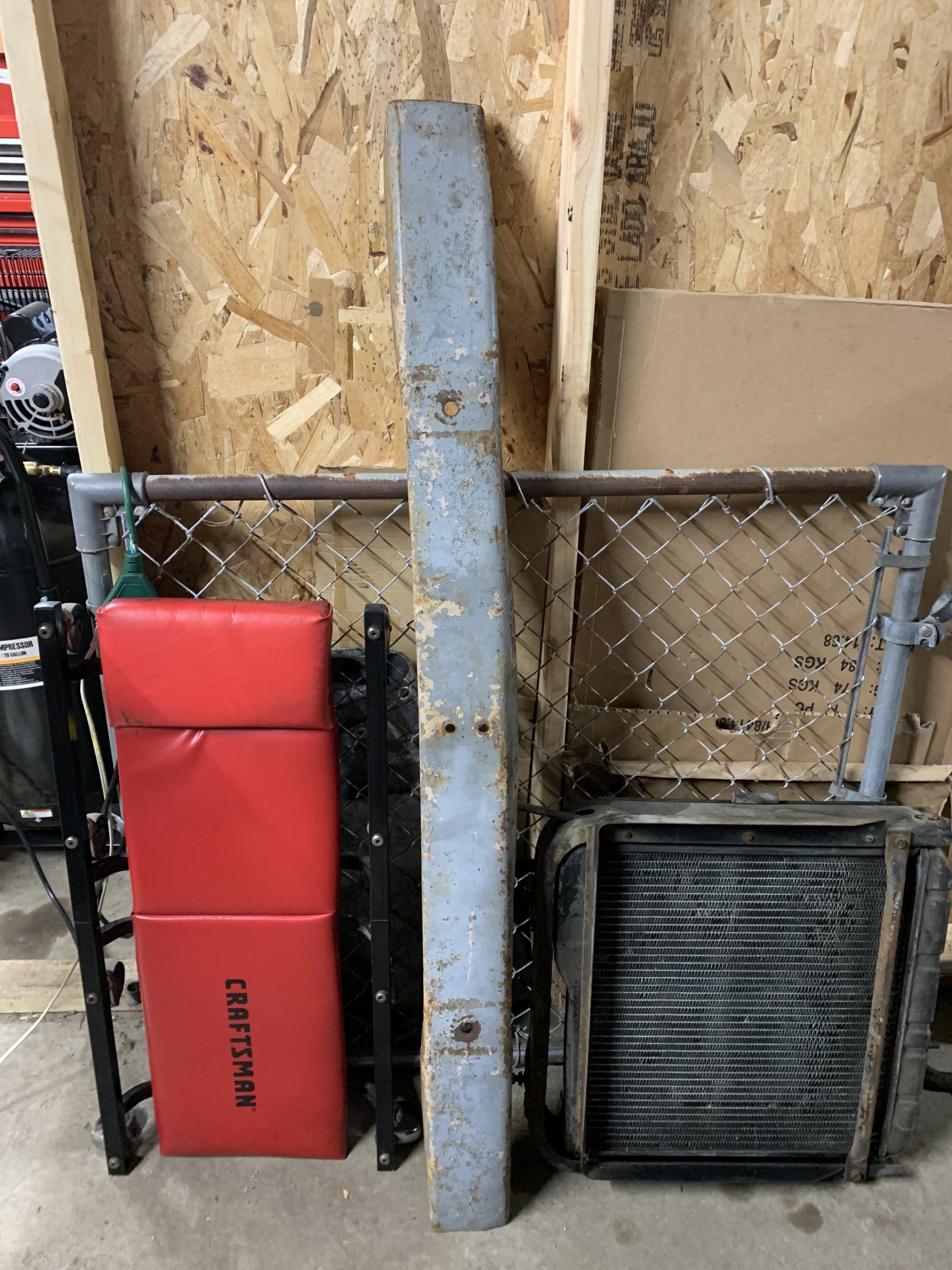 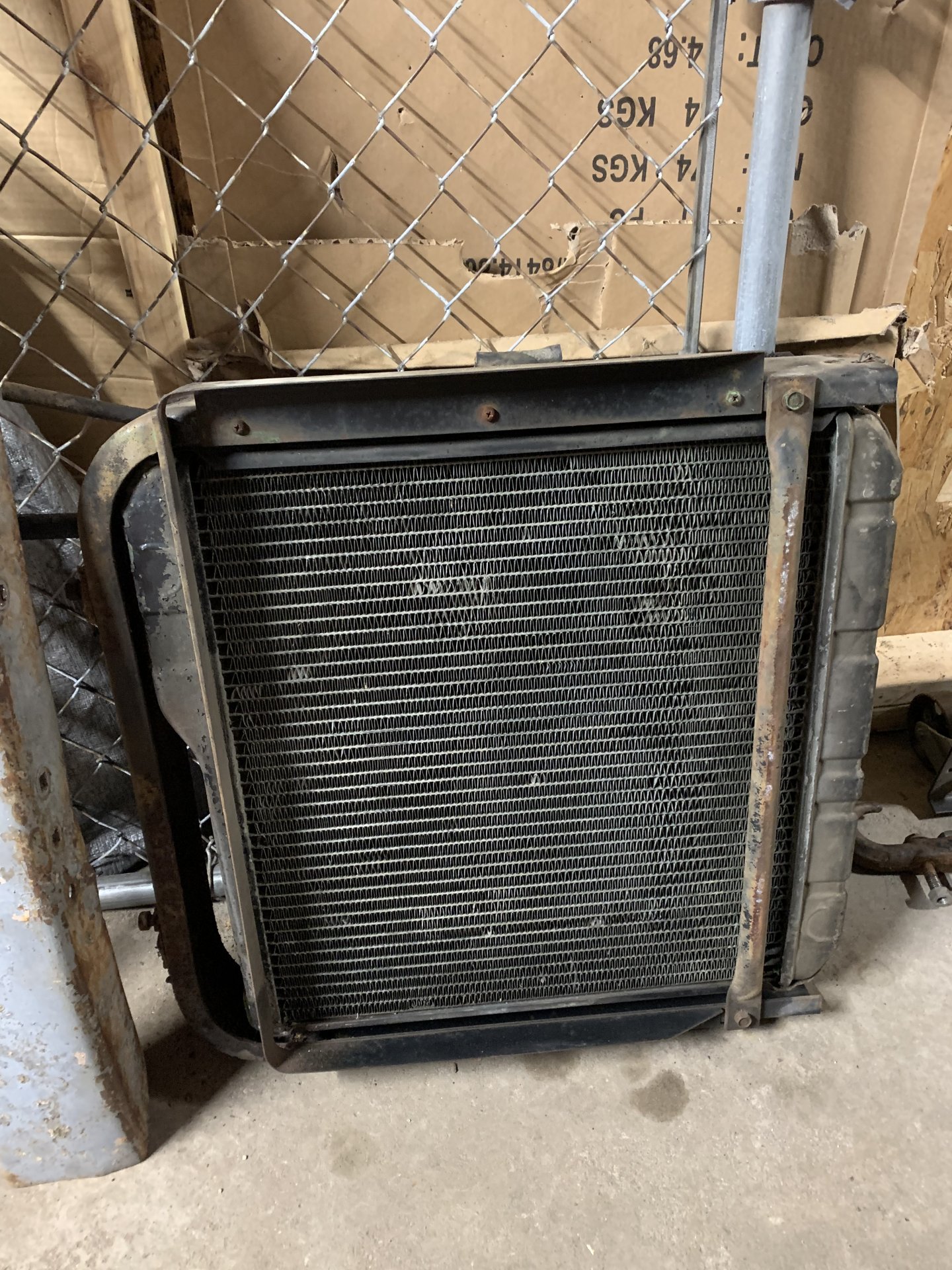 Thanks to @pardion I now have a nice and correct carb which I will start rebuilding tonight.

Not sure this helps but “Western Control” is now “Wescon Control” out of Wichita KS. They have been around for some years. Not sure of the application your PO had in mind, but they did produce brake and throttle cables. Looking at the proximity to your choke, it could have been a manual throttle cable. Just a guess. Regardless, it’s an interesting piece of PO history..

The handle and round tube look secondary. The bolts aren't matched up so I wonder if the operator broke the original or wanted it longer. The stamped lever has a stepped end like there would be a factory handle pressed/glued on that portion. The large ring made me think there was a reservoir for a hydraulic control, but there does appear to be a through point for a control cable/wire.

Got the carb broken down and soaking in the dip can tonight. 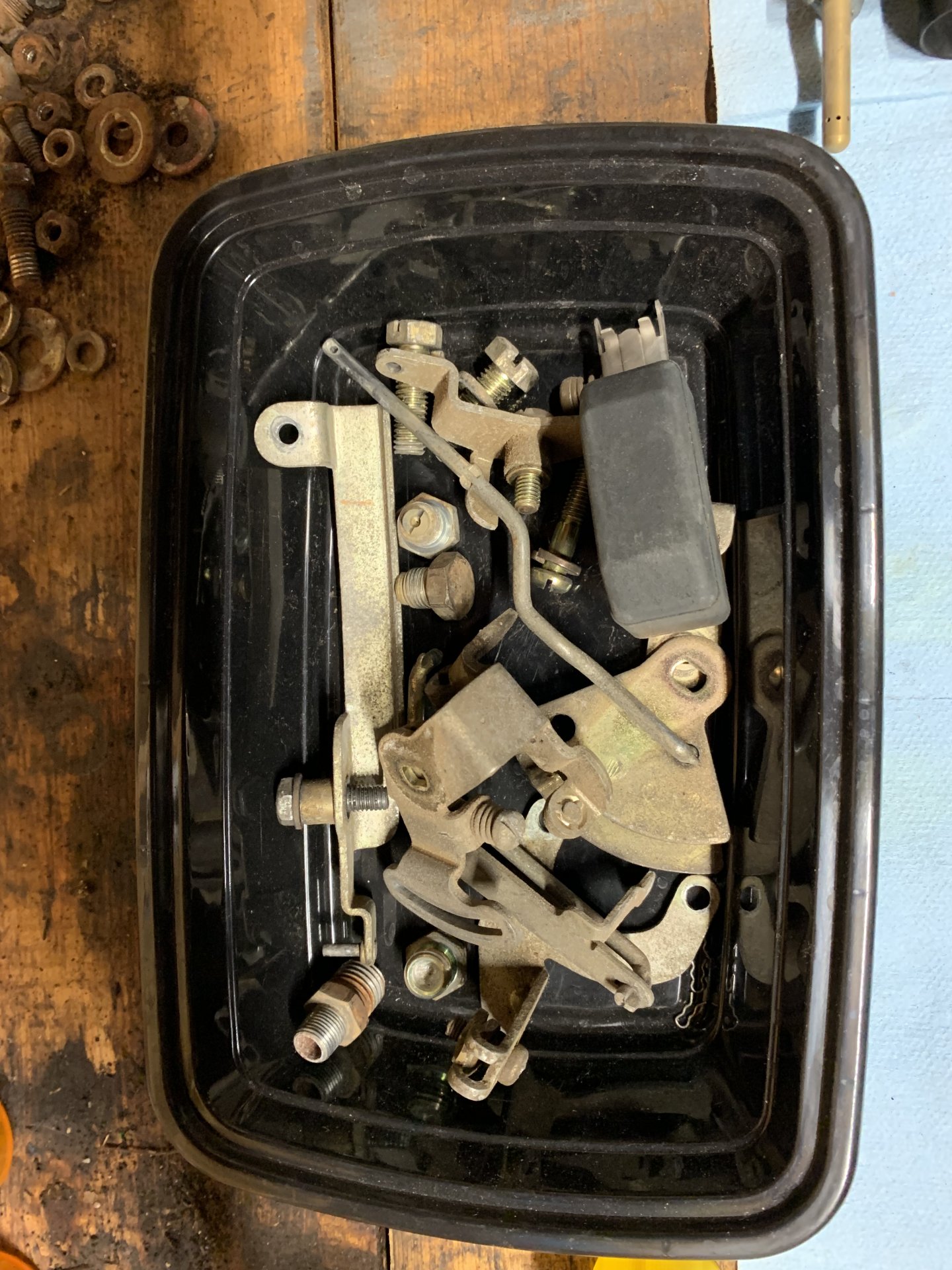 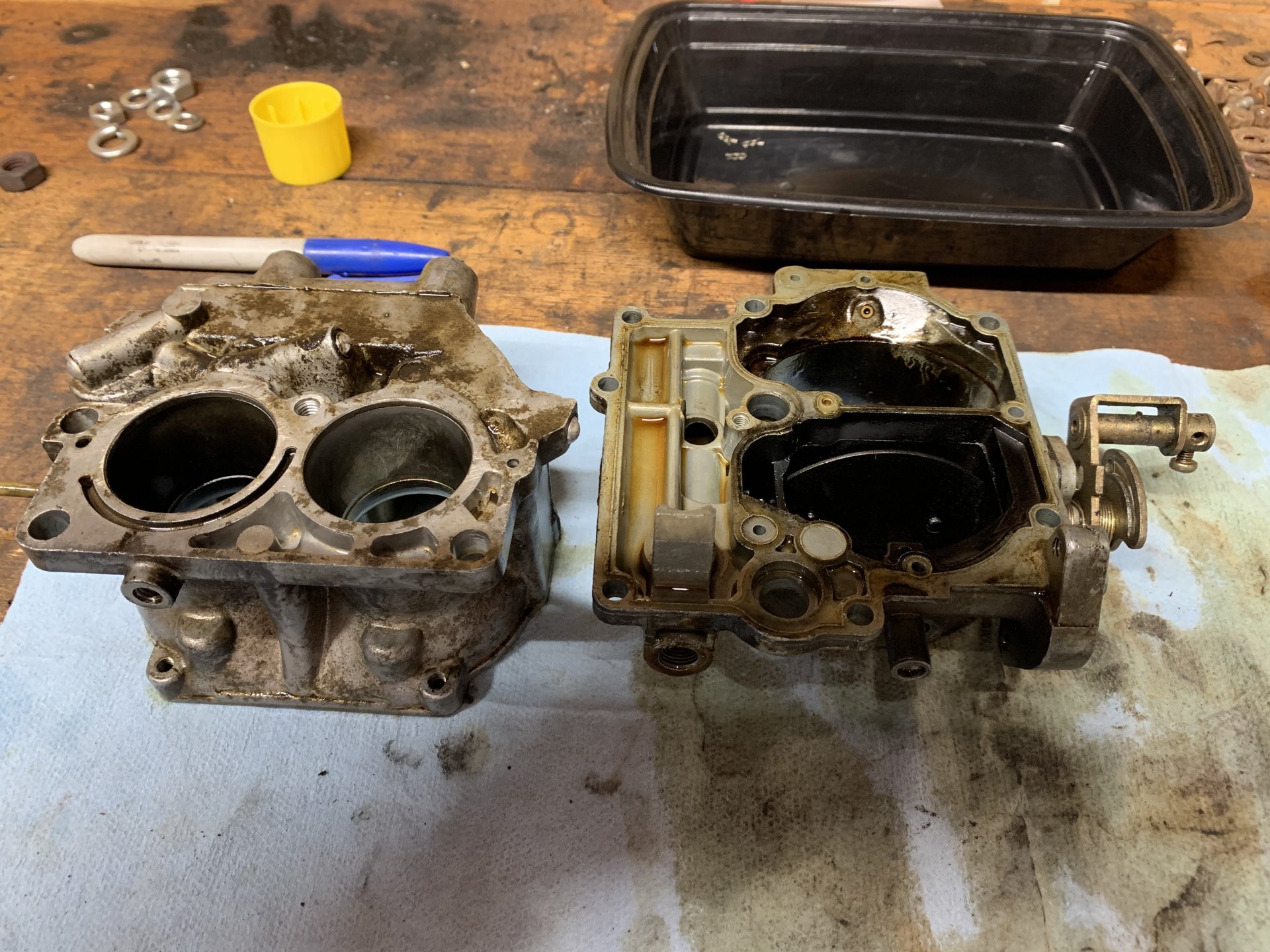 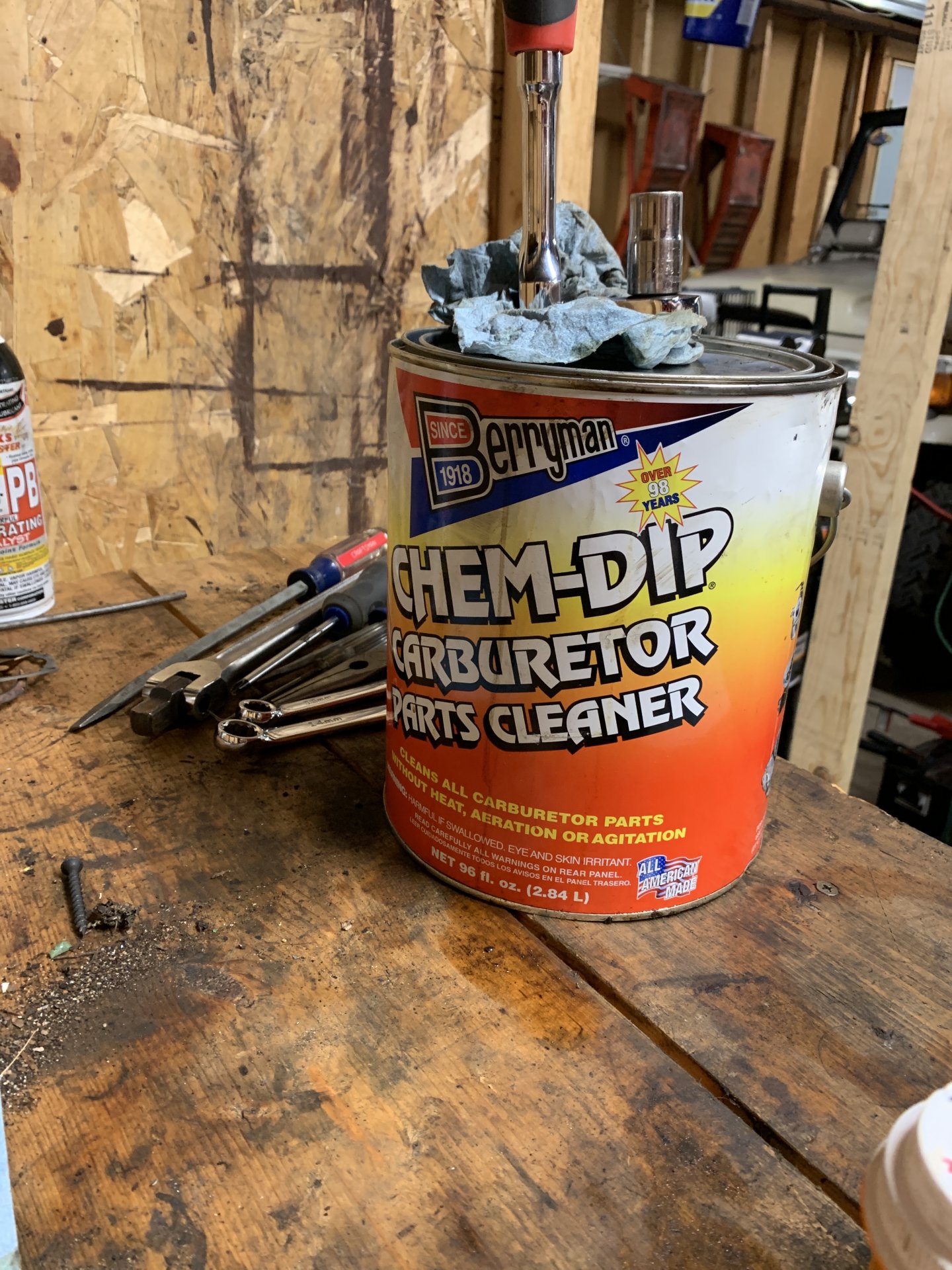 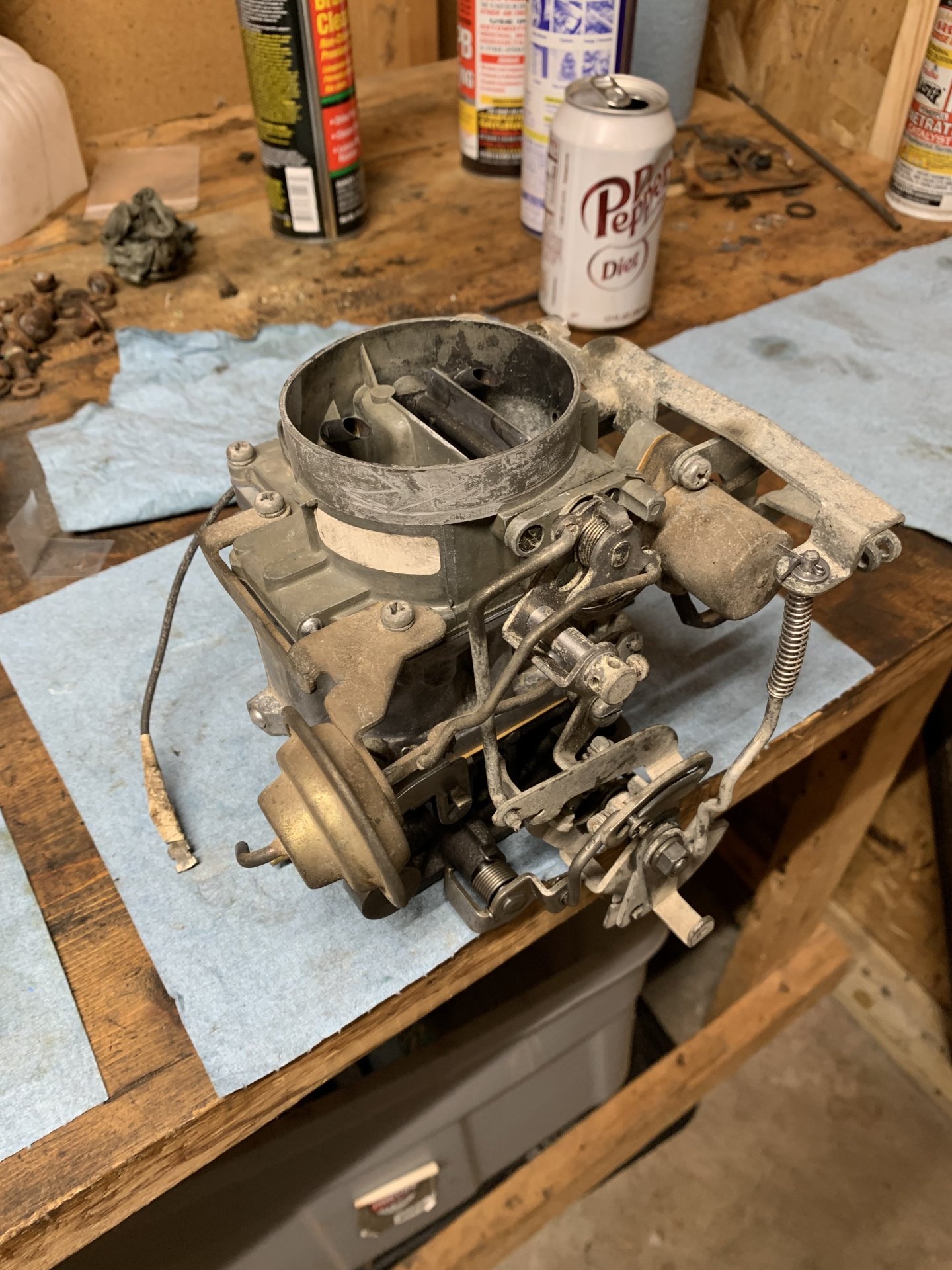